I was really curious to see Hiroshi Sugimoto’s new exhibition,The Day After, at the Pace Gallery and wasn’t prepared for the experience. The exhibition is on display until December 24th, and is spread over numerous rooms. Upon entering the gallery, the rooms are dimly lit, with serious security guards at every corner. The first gallery opens with enormous images of self created “Lightning Fields”. Sugimoto radically created the Lightning Fields through a method that did not involve the use of a camera. Instead, in his darkroom, he relied on 400,000 volts of electricity produced from a Van der Graaf Generator and various electrical discharge devices of his own design. He also pursued aqueous discharge experiments with electrically charged film and saltwater baths to create, in both instances, photographs whose subjects literally resemble lightning or primordial life forms.

The second room was lit by the building’s skylight and it showcased his Seascape series produced in 1987-1996. Other rooms included his images from the Diorama series depicting the Devonian and Permian periods of the Paleozoic Era. I am sharing images of the exhibition to give you an idea of scale and lighting.

“I wish to simulate the history of the earth in three periods: first, a dark hot planet shrouded in thick clouds of gas, its primordial sea repeatedly struck by lightning and pelleted by tiny asteroids; second, a stable atmosphere and vast murky protobiotic waters; and third, the Paleozoic sea churning with biological phenomena.” 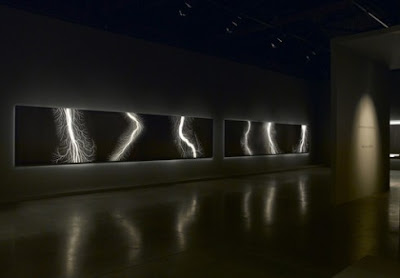 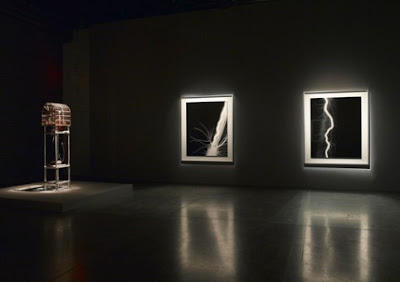 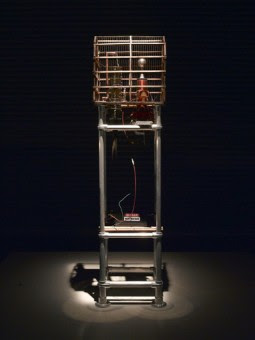 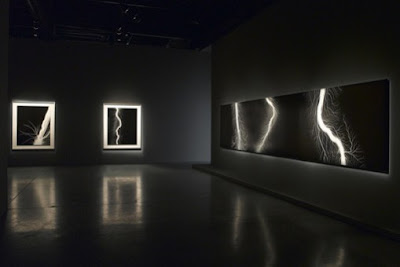 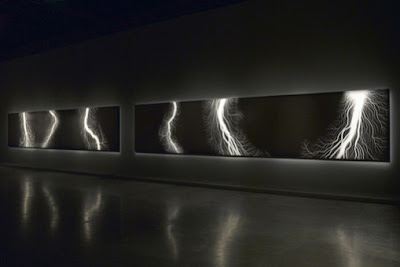 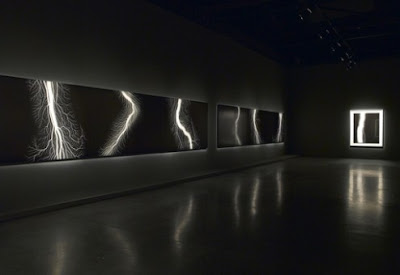 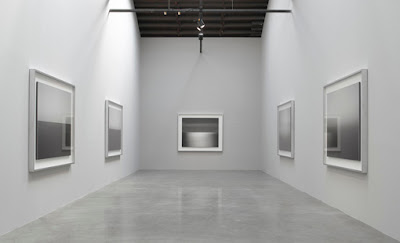 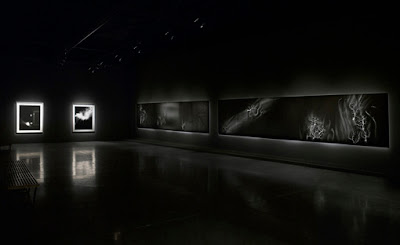 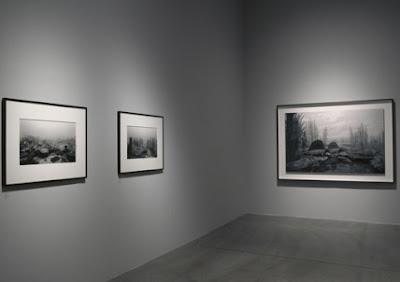 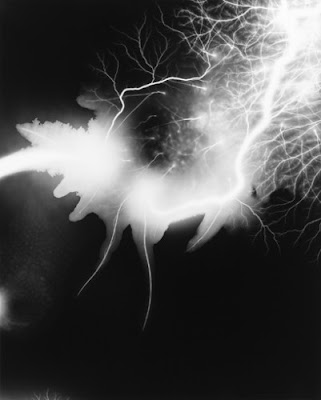 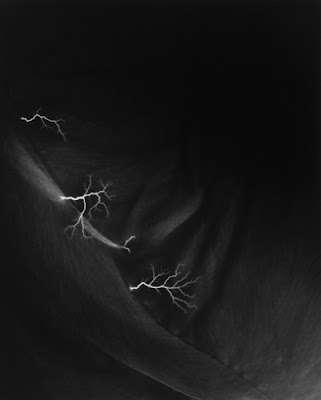 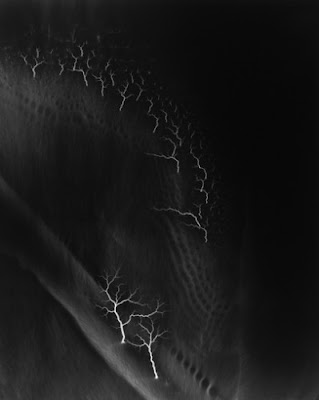 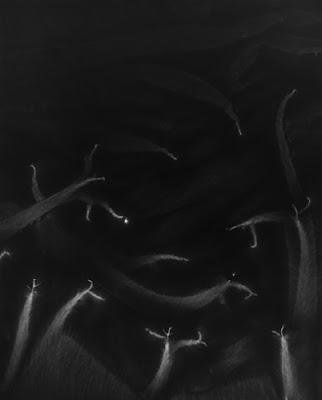 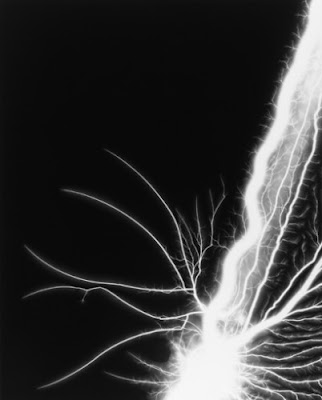