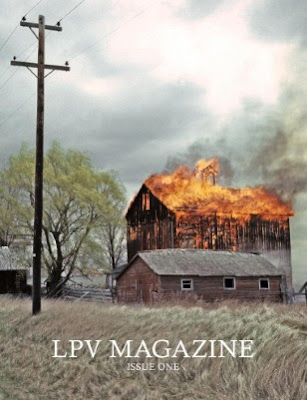 Bryan Formhals, along with James Turnley, has created a new magazine, LPV (la pura vida), that will be published three times a year. Issue 1, Fragments and Collisions, is on sale now through MagCloud, you can also download a free pdf, or you can purchase a year’s subscription for all three issues. I have no doubt, based on the first issue and the extensive background of Mr. Formhals that LVP will be a significant publication.

Bryan is a digital media consultant and also photo-centric wunderkind. He founded La Pura Vida Gallery, which evolved from his networking and involvement on Flickr where he curates monthly on-line exhibitions. He also writes a well-read blog, co-founded at photography collective, strange.rs, and produces his own work. Bryan is a champion of the Flickr photography community and has worked hard to bring exposure and validation to many photographers who use Flickr as their main platform.

“LPV is an online and print magazine dedicated to contemporary documentary and fine art photography. Our aim is to provide a platform for emerging and amateur photographers to showcase their work in interesting ways. In our essays, we explore the evolving nature of photography in the digital age and how social media and technology are creating new opportunities for photographers and publishers.

We source our photography primarily through the ecosystem we’ve built on Flickr, through contributor submissions and a healthy dose of serendipity.

Published in print three times yearly, you can buy individual issues on MagCloud or purchase a subscription which gets you all three issues plus exclusive content including Q & A sessions with photographers featured on the site as well as established professionals. “

The first issue, Fragments and Collisons, will include features of photographers Blake Andrews, Chuck Patch, Mark Alor Powell, and a terrific group show.

With an LPV subscription you’ll receive all three published print issues for 2011 and will be supporting our initiatives while you do it. Also included will be exclusive content and entry into three book giveaways during the year. You’ll be invited to our private Facebook Group where we’ll be conducting Q & A sessions with some photographers featured on the site as well as established professionals. Confirmed so far are: Blake Andrews, Chuck Patch and Joao Canziani. We’ll be adding more during the years as well.