Surf culture is usually associated with the West Coast.  Our visions of the Beach Boys and Gidget inform our imaginations, as do sunny skies and palm trees, but photographer Susannah Ray sees surfing a little differently. Shot on the “right coast”, there is a intensity and unique perspective about surfing in the proximity of New York City, especially in the winter. 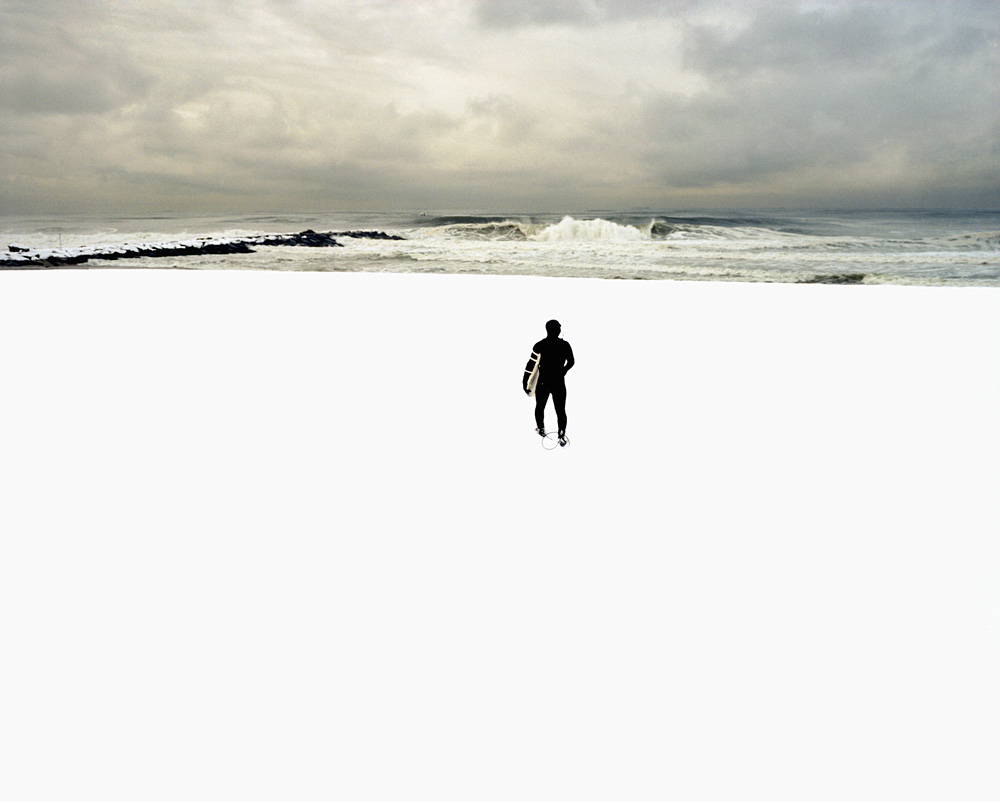 Kui, February Swell, 2005
Susannah studied photography at Princeton University and received her MFA from the School of Visual Arts. She teaches at Hofstra University and exhibits widely, recently at Modified Arts (Phoenix, AZ), Bonni Benrubi Gallery (NY, NY), and The Print Center (Philadelphia, PA). She was a Santa Fe Center Prize nominee in 2011 and a finalist for the CDS/Honickman First Book Prize in 2011 and 2009. Susannah lives in Rockaway Beach, NY with her husband, daughter, and 3 cats. 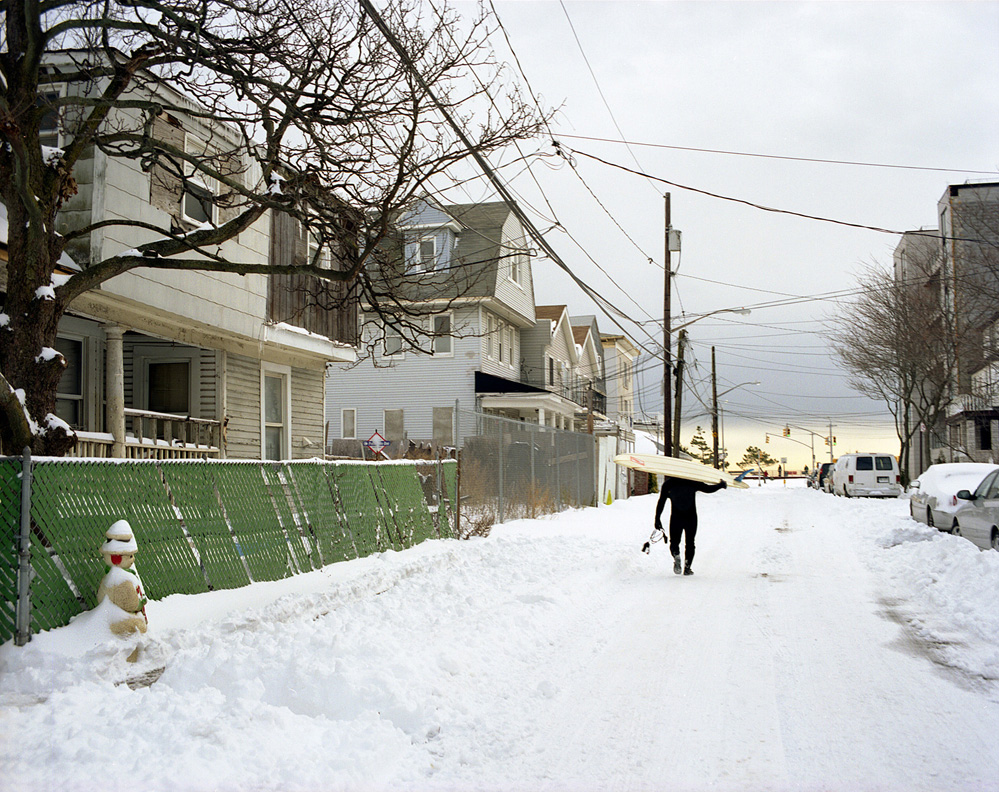 Snowman, 2009
Right Coast: In fall of 2004, following my growing obsession with maritime weather models, cold-water wax, and 7mm neoprene mittens, I began documenting surfing in New York City. My life as I knew it had succumbed to my constant urge to surf, and it became clear to me that my photography would suffer from neglect if I did not begin to document the new passion that occupied most of my waking thoughts and many of my dreaming ones. 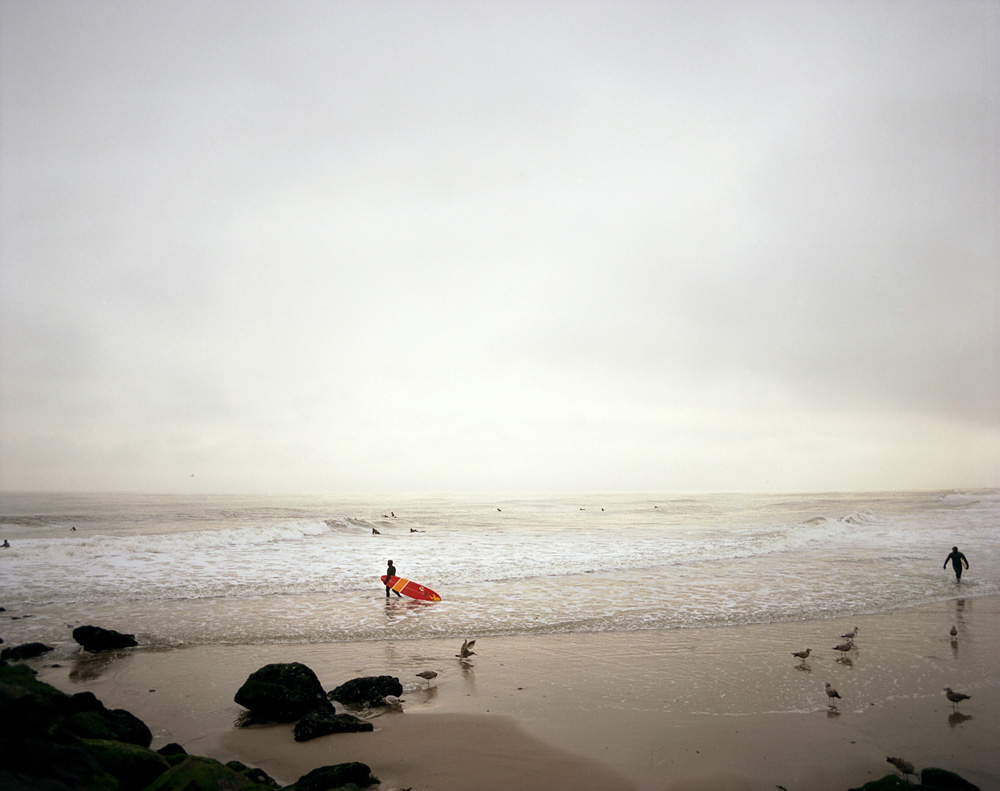 Red Board (Alex K.), 2008
The project title, Right Coast, is a nickname for the East coast that not only indicates its location on the continental US, but also asserts an underdog’s dreams of superiority. Surfing on the right coast, particularly in New York City, lacks most of the lifestyle and allure of West coast surfing. Yet making up for the dearth of good weather, consistent waves, and beautiful surf spots is a community that has a surfeit of heart, dedication, and soul. Or in a word, aloha. 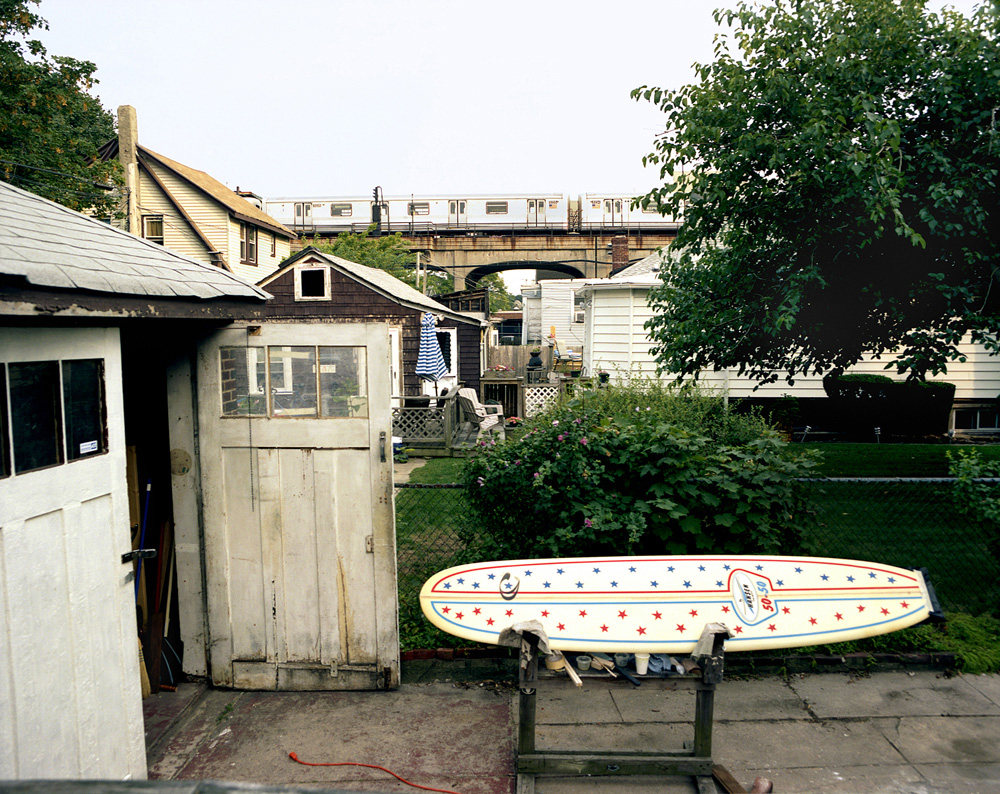 50-50 Hansen, 2008
In addition to landscapes that reveal the rigor and drama of winter surfing, I include portraits and still lifes that reveal the intimacy and intensity of the life carved out on New York City’s stretch of Atlantic Ocean. The familiar icons of surfing–heroic men with surfboards, barrel-shaped waves, and bikini-clad women–play against the gray skies, snow covered beaches, and grafittied environs. 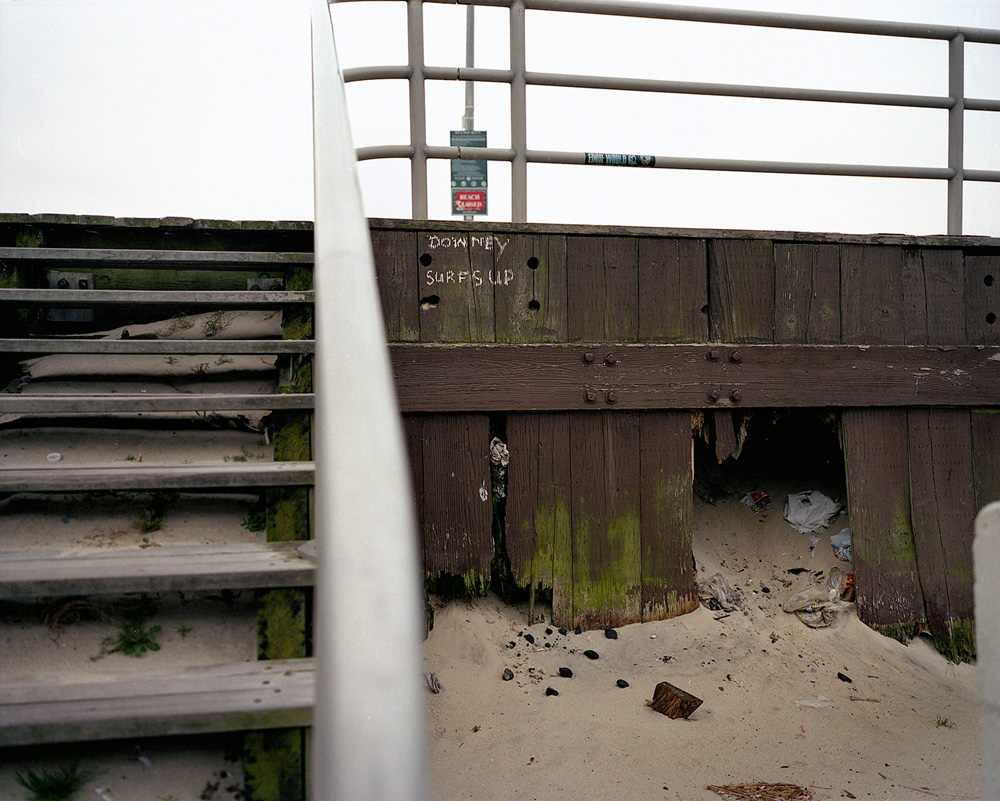 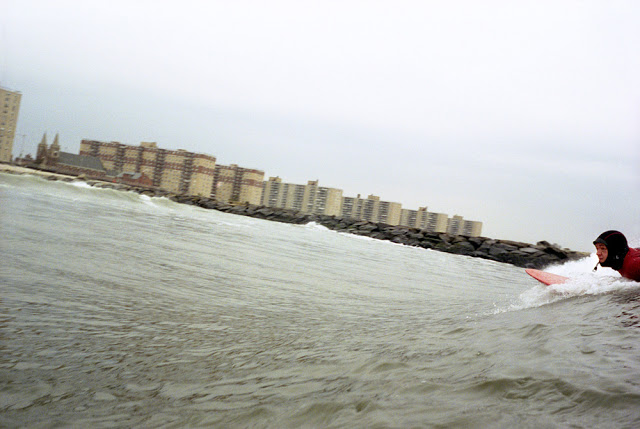 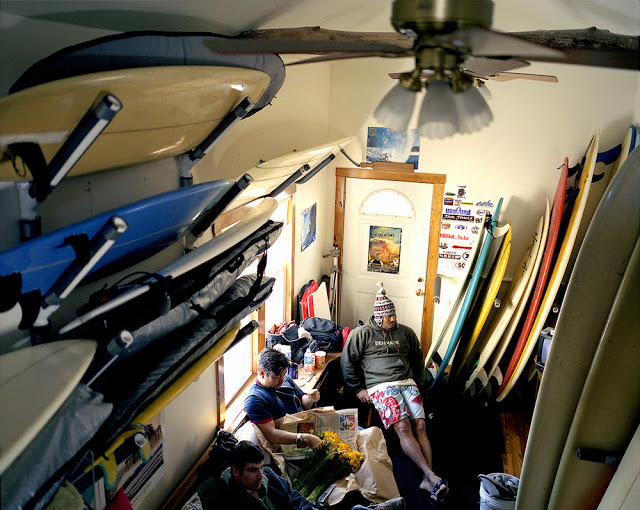 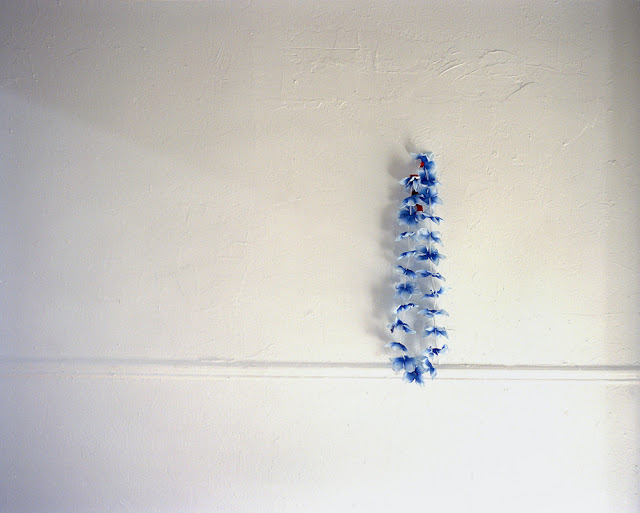 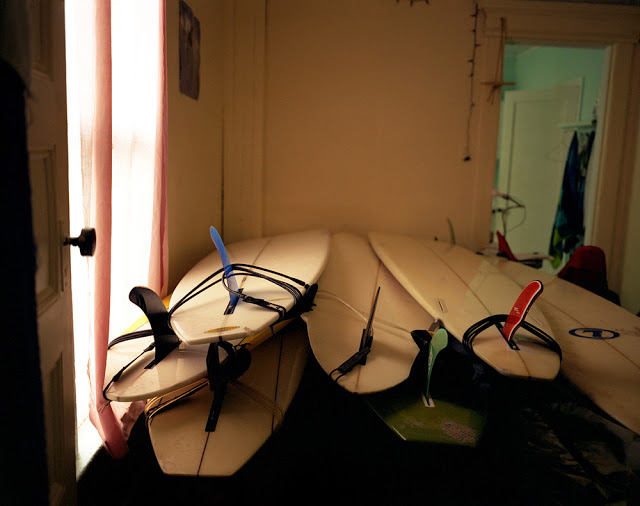 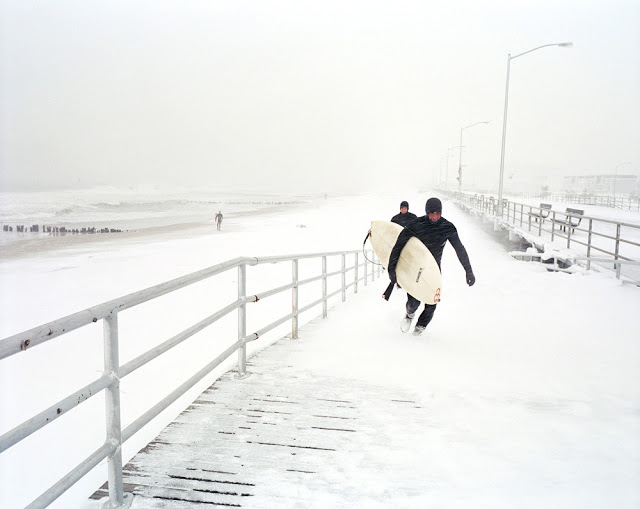 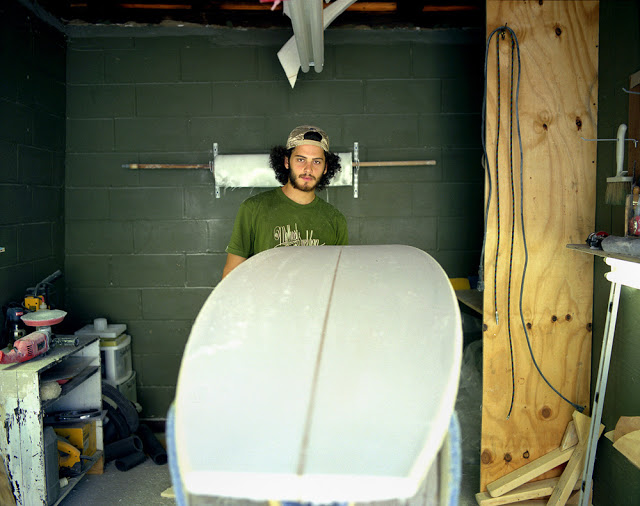 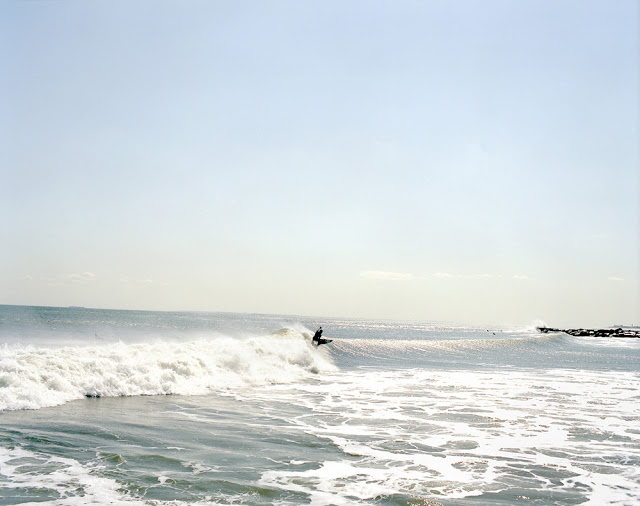 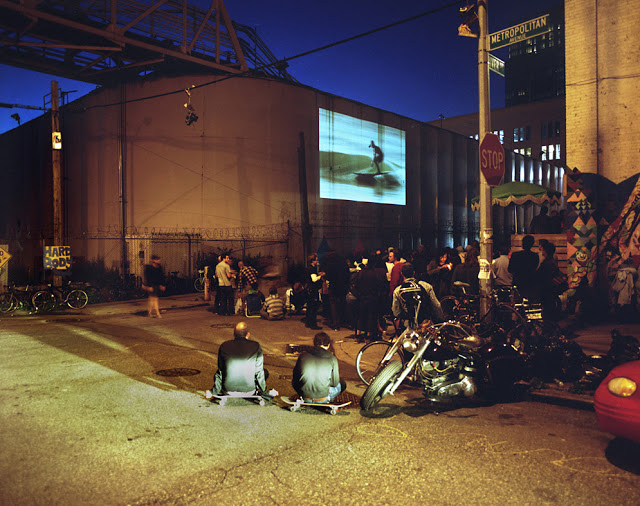 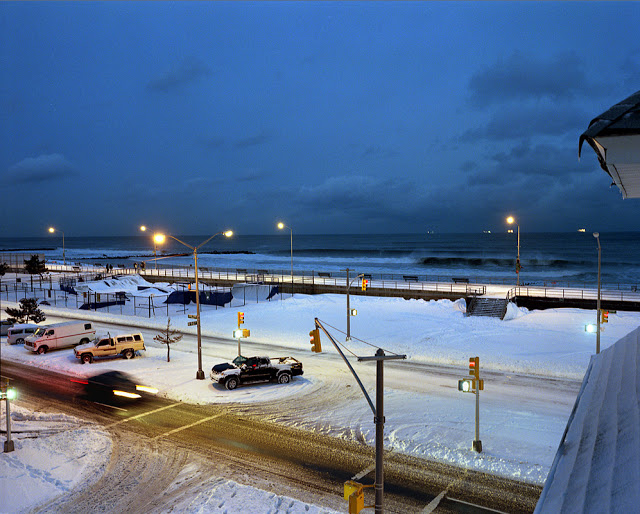