New Jersey photographer Stacy Swiderski  is also an artist and educator. She is predominantly interested in night photography and issues surrounding suburban identity. As a member of the Young Photographer’s Alliance mentoring program in 2010, she traveled to the Gulf Coast to complete a project based on the theme Answering Adversity. Her work has been exhibited in New York at the SVA galleries and at Calumet. Prior works have been exhibited at the Parsons Benefit Auction at the Swann Galleries.
Stacy was raised in the suburbs of New Jersey, has traveled cross-country on numerous occasions, and has lived in both New Hampshire and Alaska. She holds degrees from Parsons School of Design (BFA) and the School of Visual Arts (MPS Digital Photography). She is an adjunct faculty member at Felician College and Middlesex County College, and loves teaching as much as she loves being an artist.
SUBURBAN NIGHTS is an exploration of suburban living environments and the ways in which people personify themselves through the external environs of their homes. The investigation takes place during the night to capture a stage without its actors, allowing us to formulate views and assumptions about particular suburban lives by examining the artifacts left and the oases created outside the home. During the night we are able to explore these bedtime communities left untouched and are provided with a glimpse as to why people live where they do, how they live, and what their yards tell us about who they are. 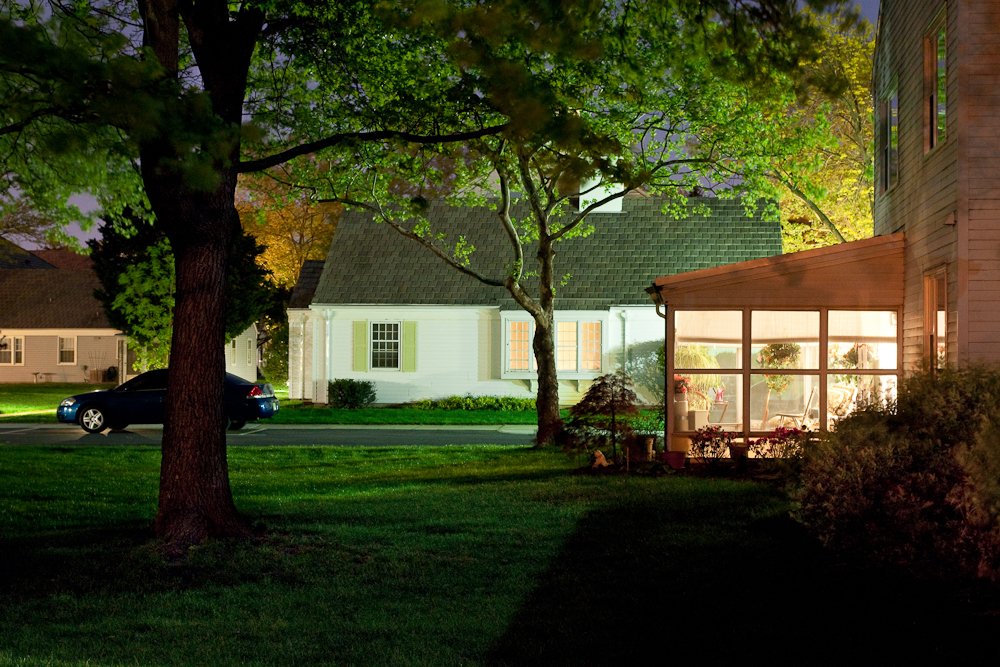 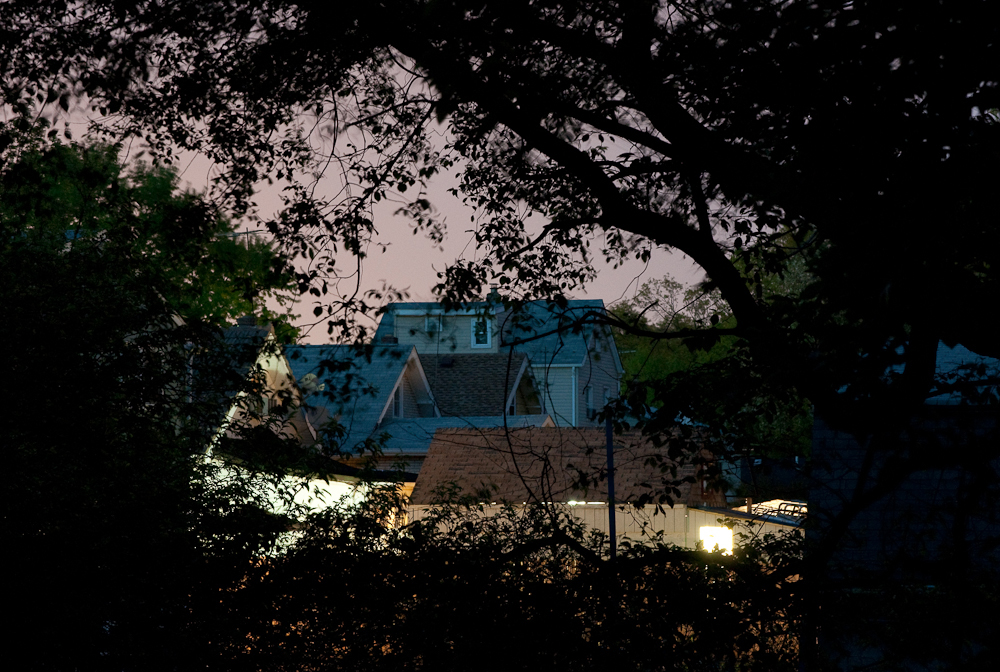 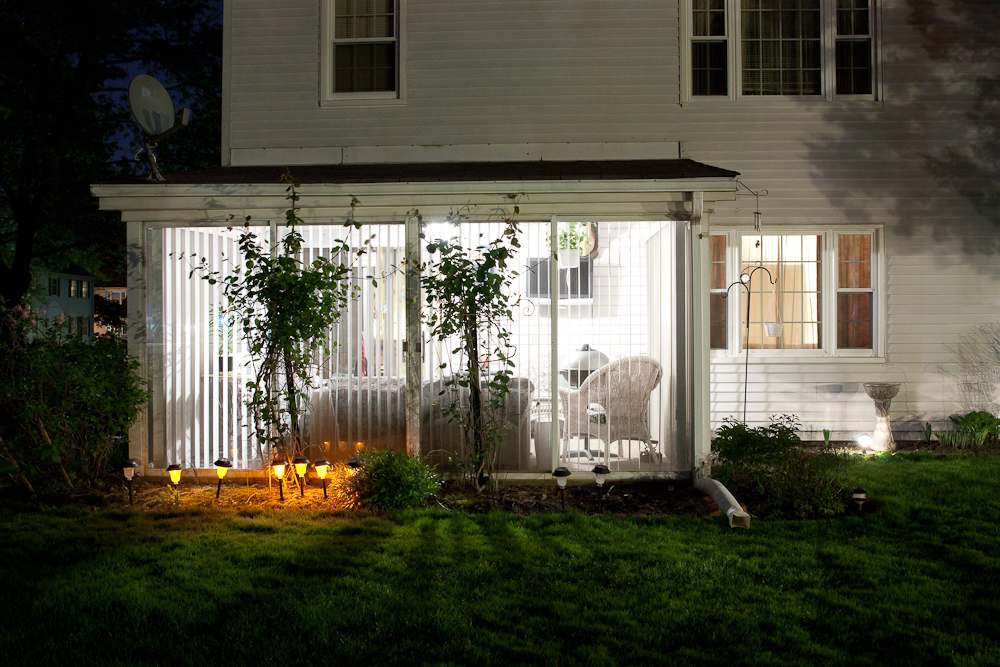 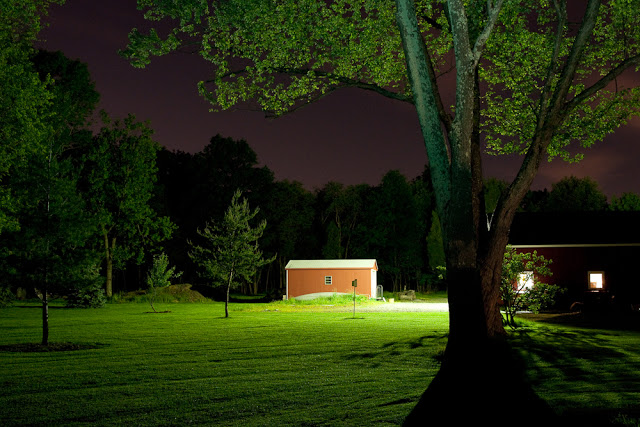 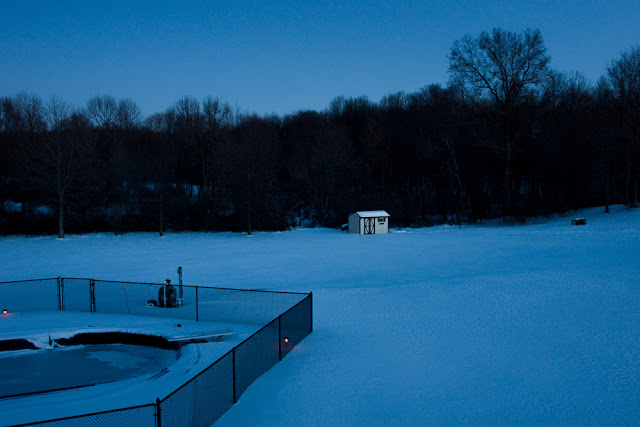 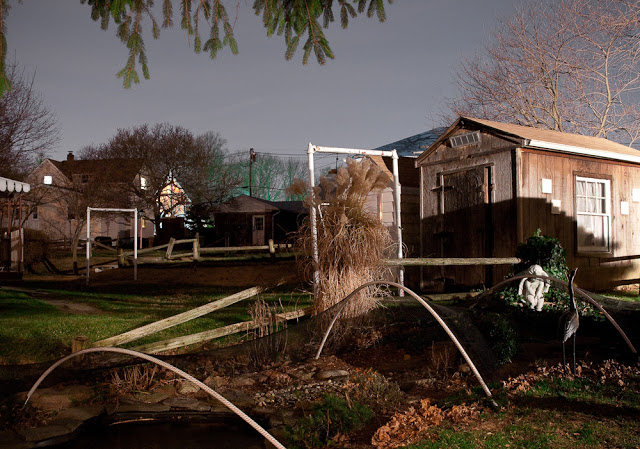 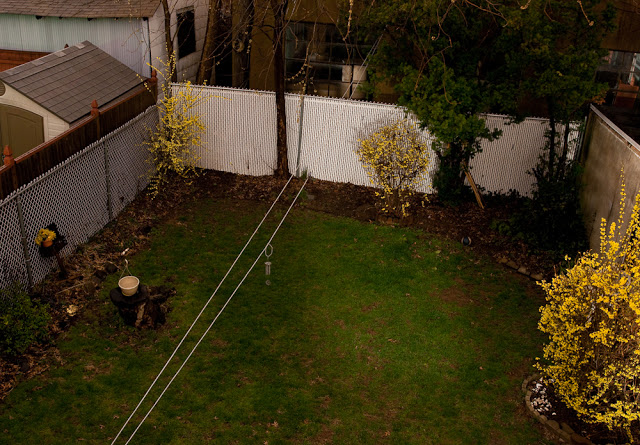 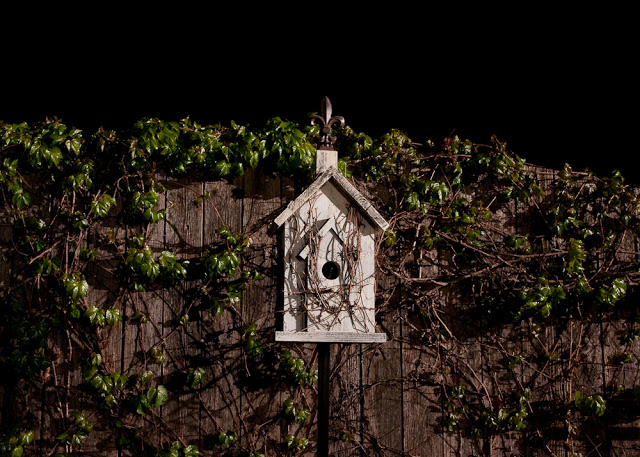 MEN AT NIGHT examines man, in a period of existential space, in the suburbs, at night. It is an attempt to explore a daydream in the evening; a pensive moment where alternate lives, hopes, dreams, and unactualized ambitions can be fathomed. The camera, functioning as a portal to the subject, provides access to his life for a second in the night. 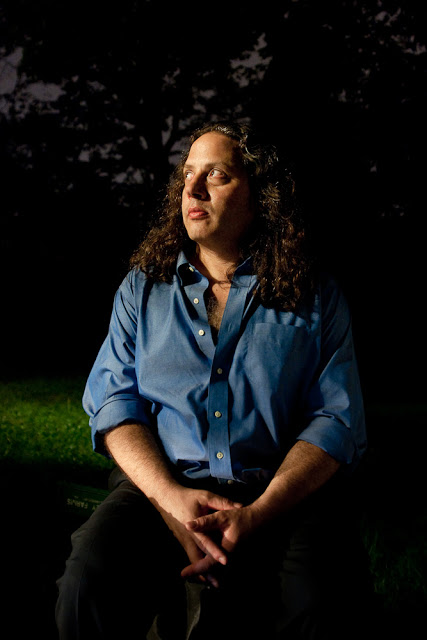 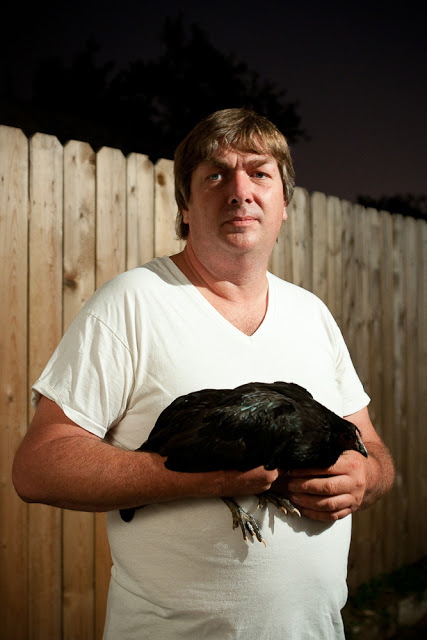 Being a product of the suburbs, and someone hyper-aware of suburban stereotypes, it has become a natural influence on my work as a photographer. It is a place when an oasis and emptiness exist simultaneously. I find it worthy of analysis and exploration. 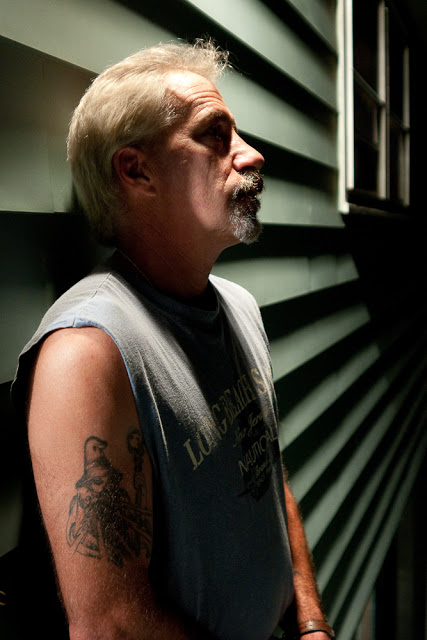 mages in this series are captured digitally using only ambient light found along the perimeters of each man’s home. I try not to alter the environment in any way, just utilize it as it exists, much like the subjects themselves. 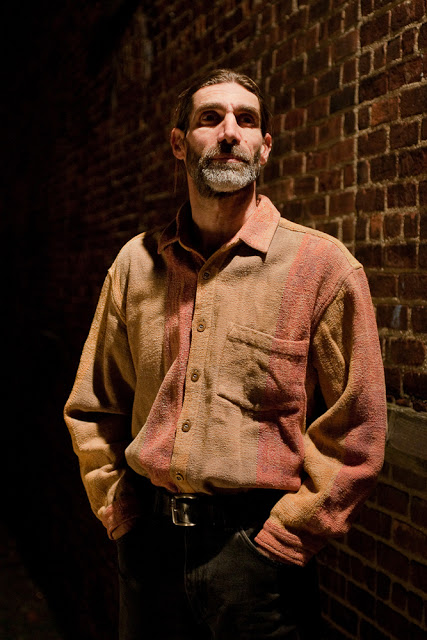 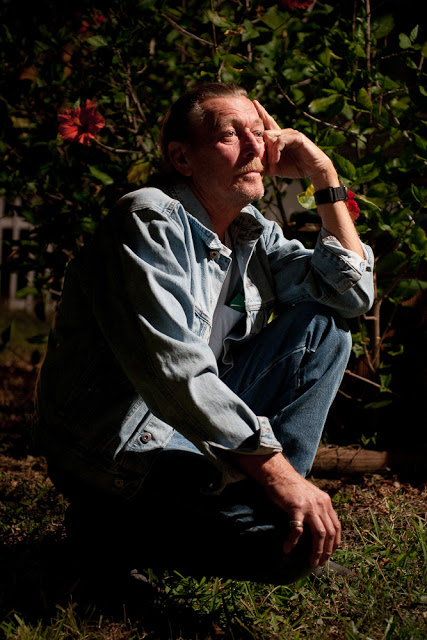 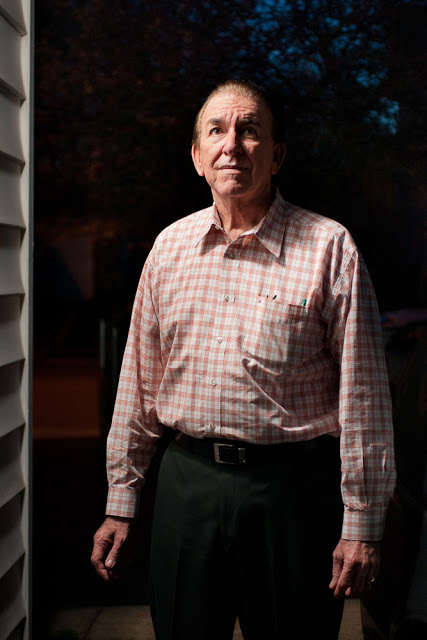 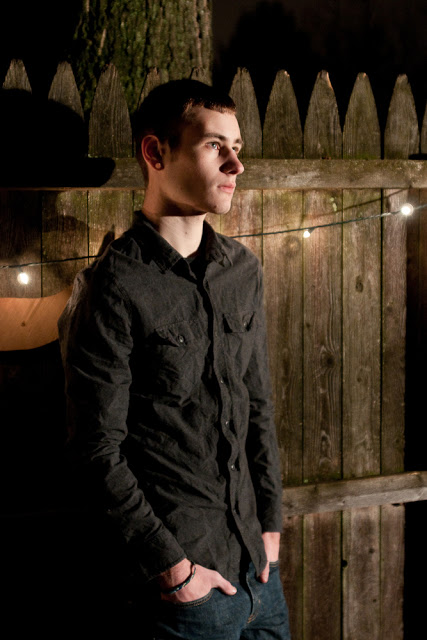 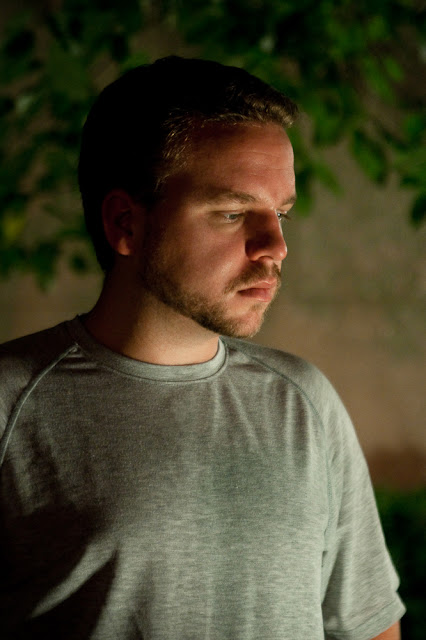