Adriana is a photojournalist with an amazing eye. Her work caught my attention while I was looking for images on Faith, and these images had everything I had in mind: great compositions, grittiness and a lot of heart.  I am sharing her series Faith in Brazil and Mexico.

Adriana was born in Sao Paulo, Brazil. She received a degree in Journalism and moved to Paris where she studied Linguistics and Phonetics at the Sorbonne Nouvelle. She worked as a staff photographer for  Folha de Sao Paulo for 11 years and is currently based in Mexico City, where she contributes regularly with the New York Times, Wall Street Journal, Le Figaro and The Guardian, among others.

The series Faith in Brazil and Mexico was awarded an Art & Worship World Prize by the Niavaran Artistic Creation Foundation and a book is currently under production to be published by Bei Editores in Sao Paulo, Brazil.

Image from Faith in Brazil and Mexico 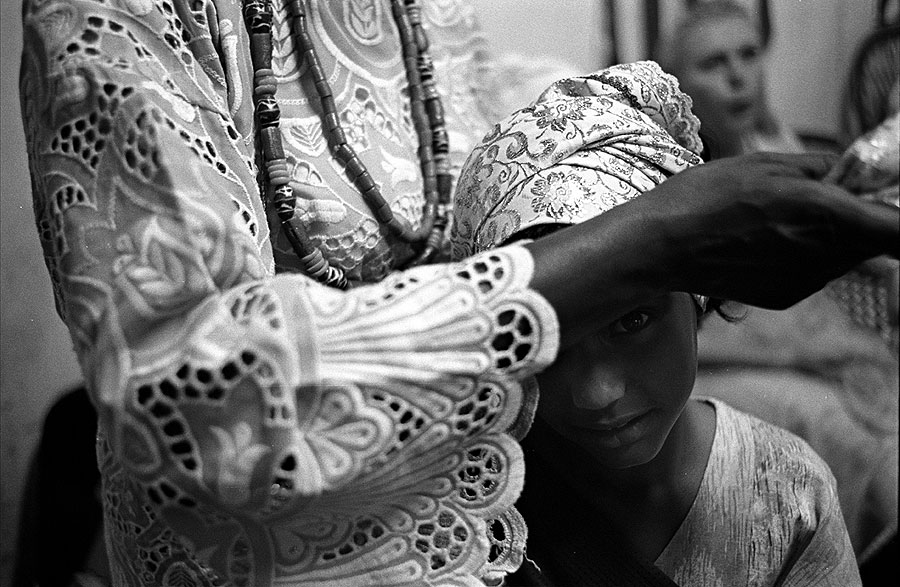 What does your Latin heritage bring to your work?
I think that in my specific case (not even sure if it is due to my Latin heritage) it is an obsession with organizing the chaos in my frame. I was born and raised in São Paulo and have lived the past eight years in Mexico City, two huge metropolis where the visual stimulation was always too much, there was always too much going on at the same time ( São Paulo has now banned all outdoors including even those hideous gigantic Mac Donald’s Ms). I felt this need to clean my view, to calculate exactly what I wanted in my frame.
On another level, Latin America is very religious and that permeates every level of society in an everyday basis. The reference for the sacred is constant and really difficult not to notice. I was always very curious about this subject and I think I always find a way to portray this angle into my stories.
Do you see a difference between work created in Latin America and work created in the States?
It is not a general rule, and I cannot speak for the whole Latin America, but I see more long-term documentary projects coming out of the US ( or US photographers) than out of Brazil, for instance.
What is the state of photography in your country–is it well supported, are galleries selling, do photographers have an outlet to show their work?
I don’t think it’s well supported, either in Brazil or Mexico. It’s the effort of a handful of people who actually make it happen. Outlets for showing work are dwindling by the day, newspapers and magazines have less and less money /space so we have to get creative now. The internet is a vast space, but we have to still figure out the best way to use it. It’s just not a matter of showing the work. Photographers are like any other people in the world, we have to make money to survive!


Images from Faith in Brazil and Mexico 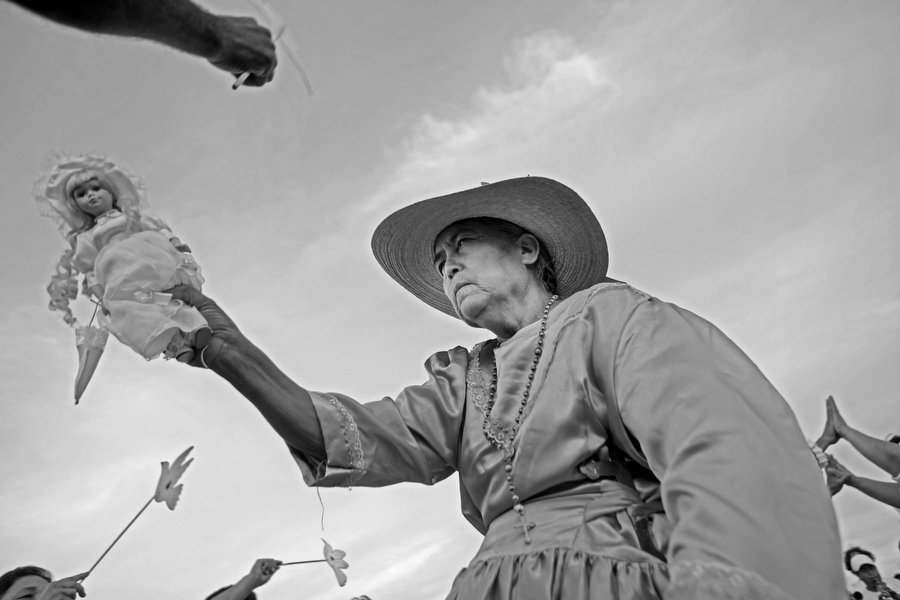 This project was born from my inquisitiveness and deep curiosity about religion. Living in Brazil, a country of immense cultural and socioeconomic diversity and an extreme fertile ground for a plethora of popular and religious manifestations, it was impossible to grow up ignoring their intensity and strength. 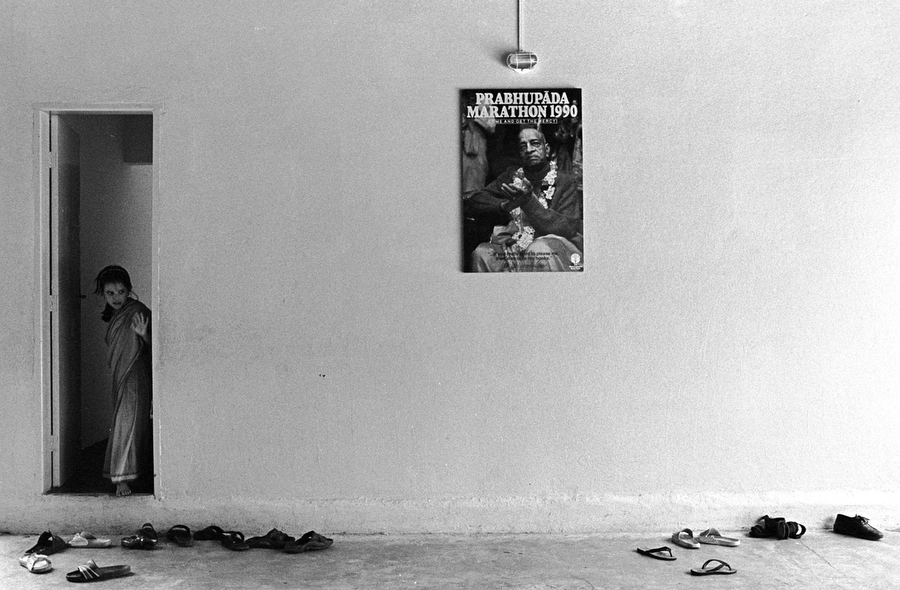 Have faith and you will go far”, “faith moves mountains”, and “one must have faith” are expressions that permeate the day-to-day lives of people from all social classes and religious beliefs. 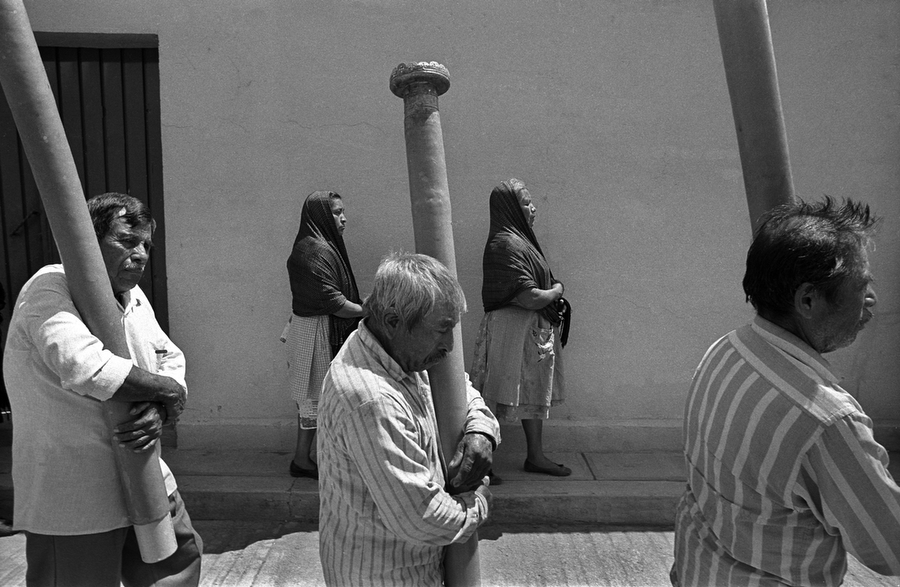 With their millenary experience, the major religions constitute powerful intellectual structures capable of providing each individual with a philosophy of life. They attend to the spiritual aspirations of the human being and to the need to believe in noble values. They provide answers to the individual’s anxieties when confronted with fear, suffering and death. They assert that which is true, good and just, helping each person interpret the world. 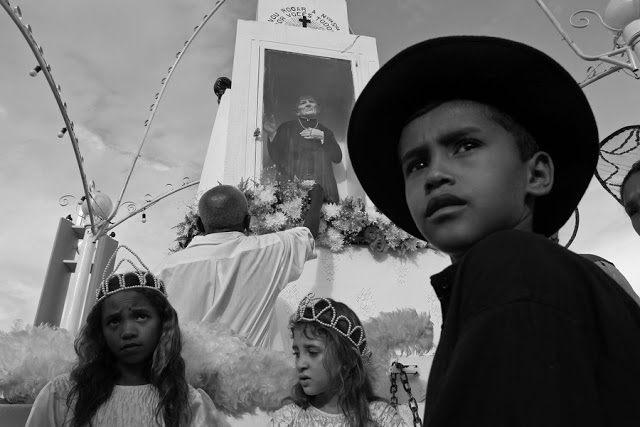 The spiritual search is natural to every human being. It represents the search for the meaning of life, humanity and coexistence. Religion is unique to humankind. The cornerstone of any religion is faith. This is a sample of a large photographic essay on  faith in Brazil and Mexico, focusing on the similarities and differences of that which is perhaps the only common denominator of all religion. 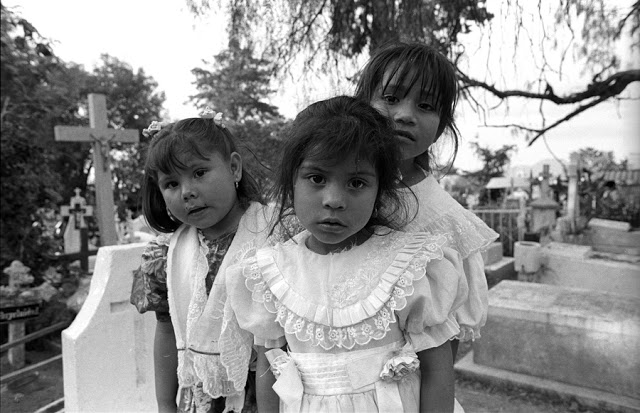 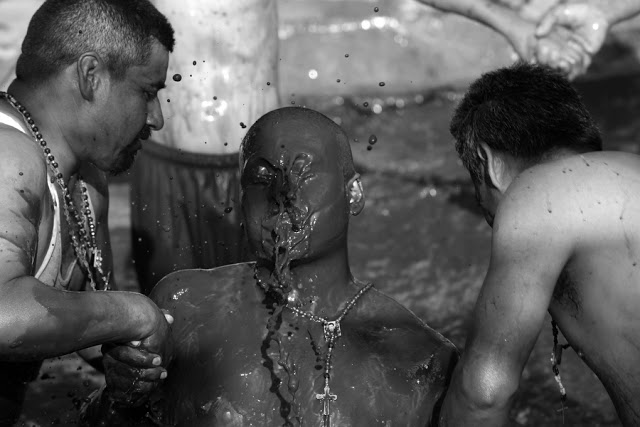 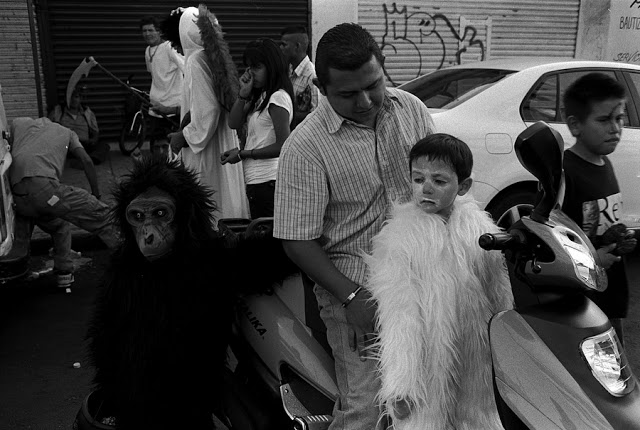 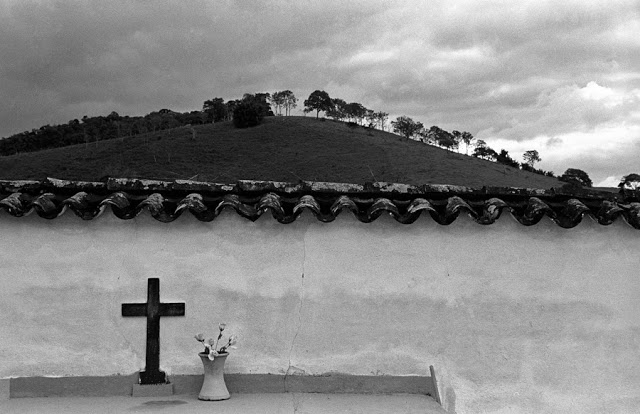 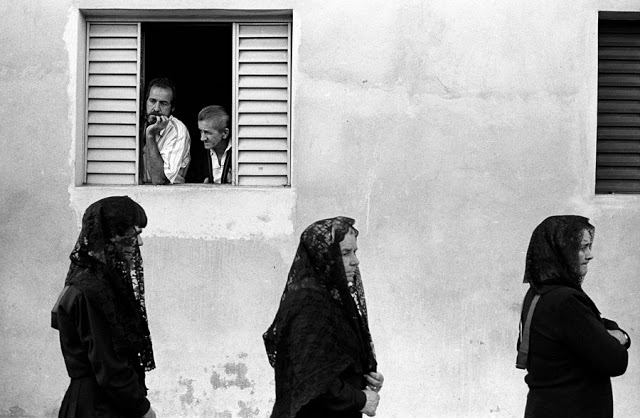 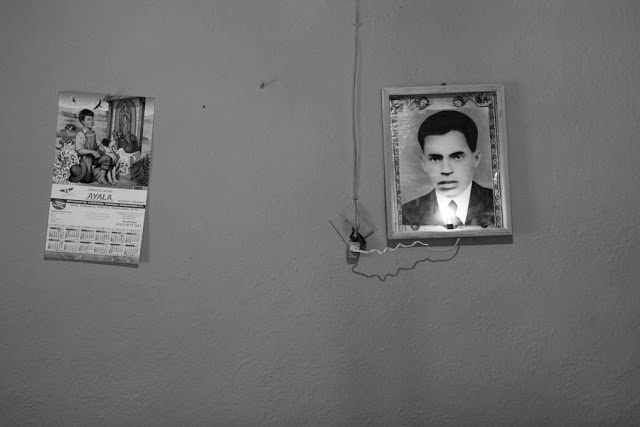 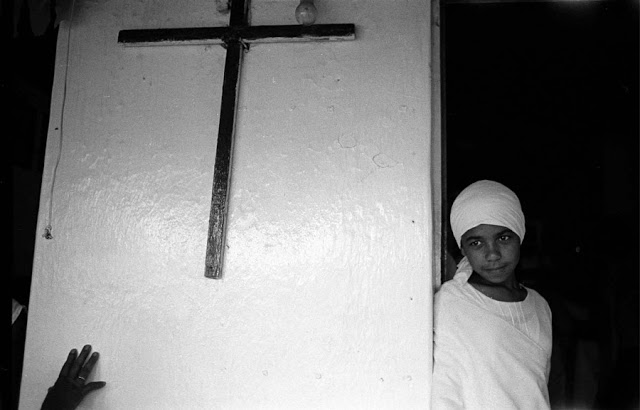 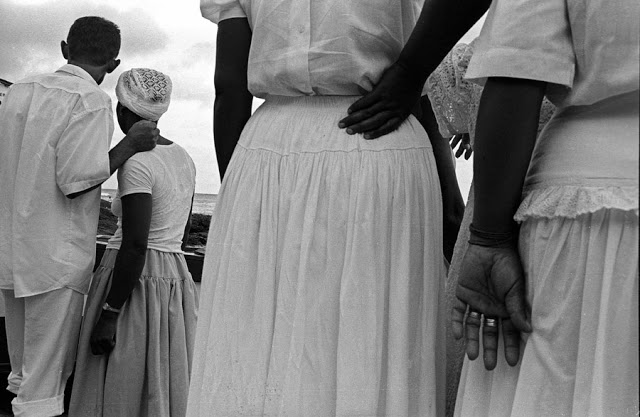 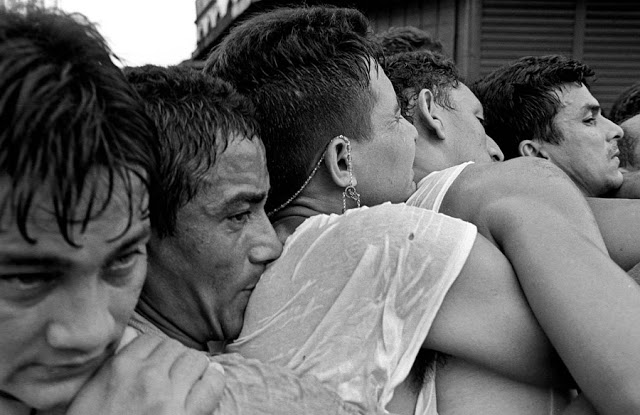 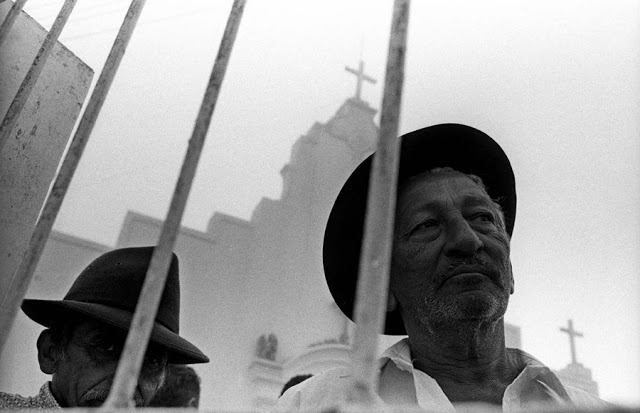 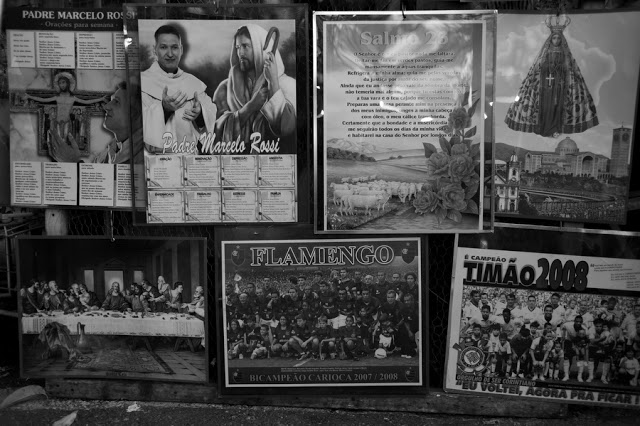