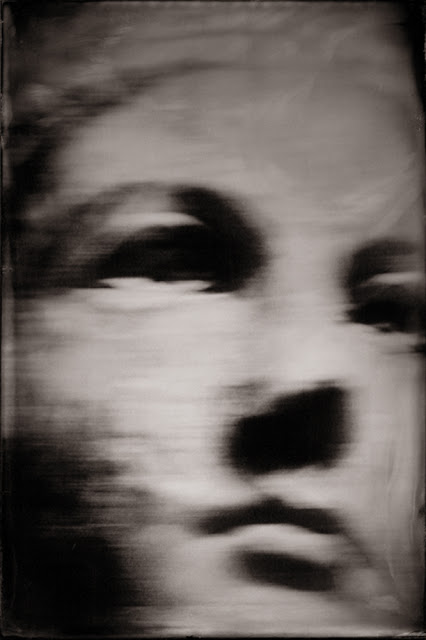 Caitlin McCaffrey has  the ability to create art from faces frozen in stone and bring them to life.  Her project, The Ancients, uses historical processes to, in a sense, modernize and animate the ancient gaze and create new connections between the observer and the statue.

Caitlin has a BA in Photography and Literature from Bennington College, VT. She has also studied at the International Center of Photography/NYU. Caitlin McCaffrey has exhibited in solo shows at the Fresno Art Museum, The Sonoma County Museum of Art and has been included in group shows by the Oakland Museum and by the Pages Exhibition of Contemporary Art in Whitechapel, London. Her work is in the collection of the Museum of Fine Arts, Houston.  McCaffrey has an avid and active interest in photographic history and antique processes. She worked for ten years as a printer and staff photographer at the Metropolitan Museum of Art in New York City. She has produced commissioned work for collectors, designers and architects. Editorial work has appeared in magazines, journals and newspapers including Esquire, GQ, Elle and The New York Times, among others.

The Ancients
These images are of Greek and Roman statuary at the Metropolitan Museum of Art, and at the Getty Villa, Malibu.  They originated as tintypes—produced using a wet collodion process first developed in the 1850’s.  My intention is to interpret moments of connection between an observer and these objects that are simultaneously remote and familiar. The dialectic is mysterious, but oddly present and complex; substantive and distant as any portrait subject. 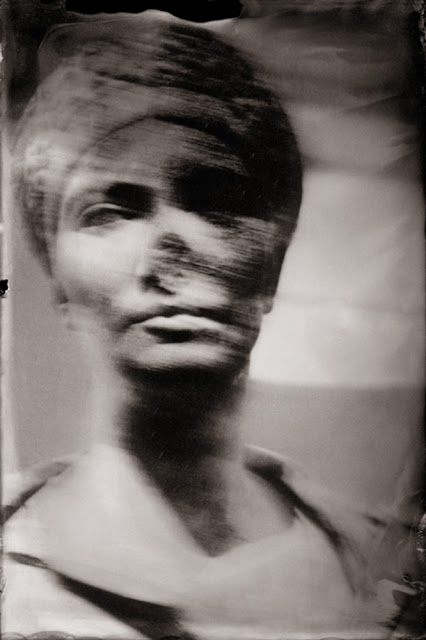 When you look at a tintype there is a curious interplay between the positive image in the collodion and the blackened tin background that provides a shifting response—depending on where you stand and how light hits it—lending the image a particular physicality, reminiscent of a breath, as if the embedded image is continually emerging from the material.  Additionally, each tintype is unique—solid, metallic, yet delicate—displaying in its surface and edges allusions to how it is made. Tintypes are small, precious and solicit close attention.  This experience becomes an intimate one—one person looking at another. 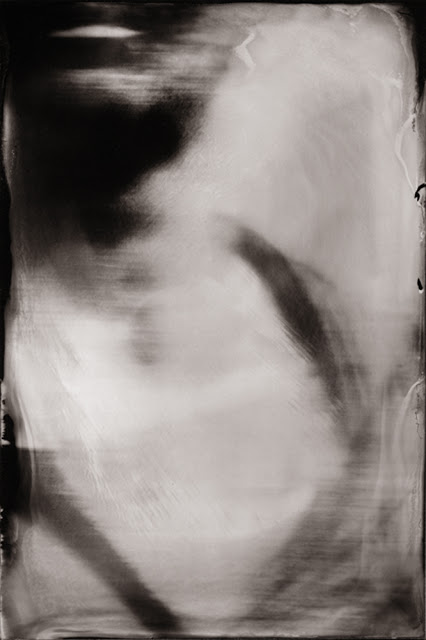 Later I scanned the tintypes to make pigment prints.   Each iteration of an image is informed by scale and the characteristics of its production.   In making the large prints, I became particularly engaged by each subject’s gaze. As a group, one portrait may be looking past or towards another—or catching and sometimes holding the eye of the viewer as if we are all involved in an detailed narrative, a drama—present, maybe, at a party and navigating the social landscape. The printed portraits seem to become more personal and more abstract at the same time. 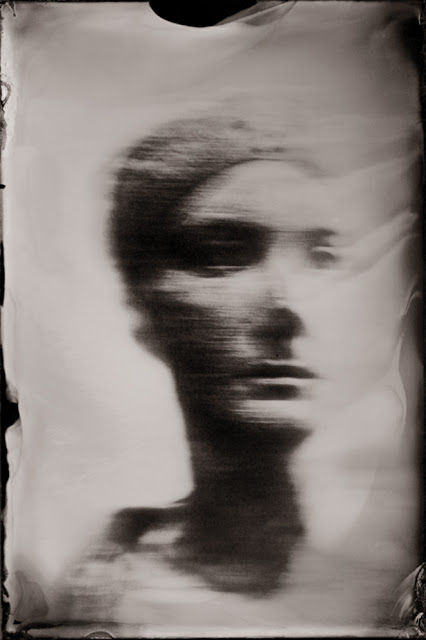 I intend this project to include hundreds more statues. 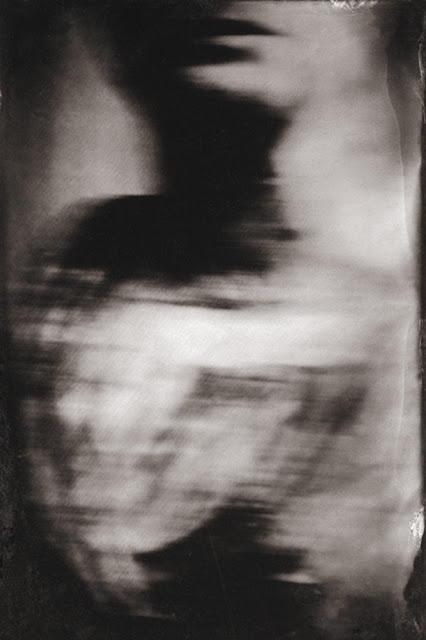 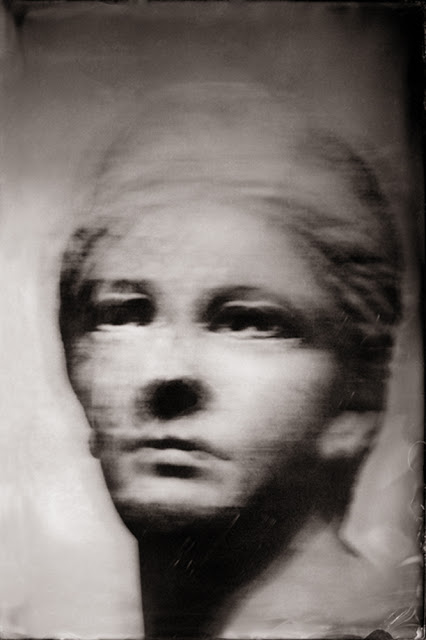 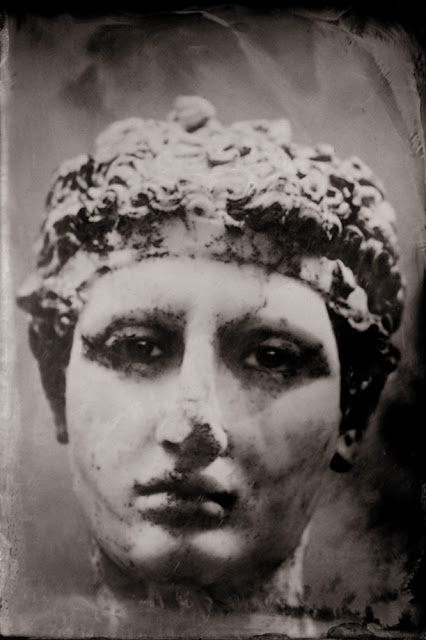 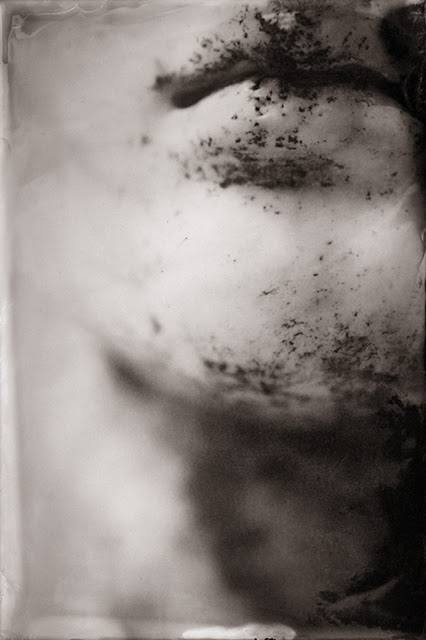 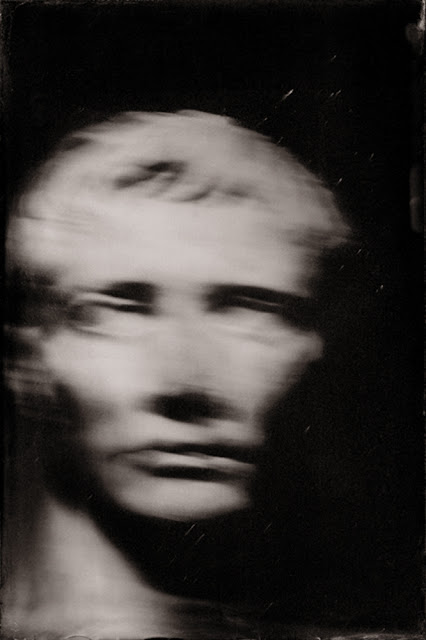 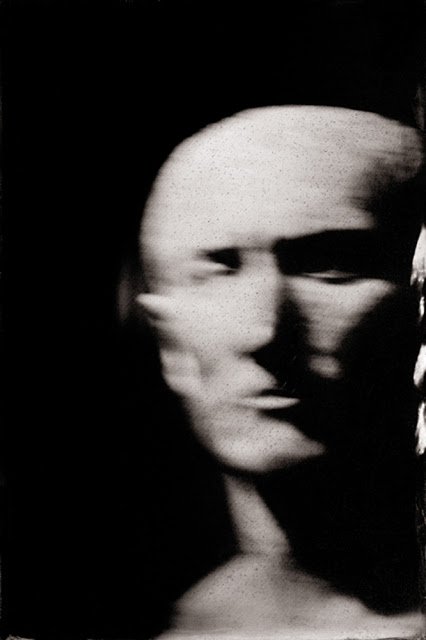 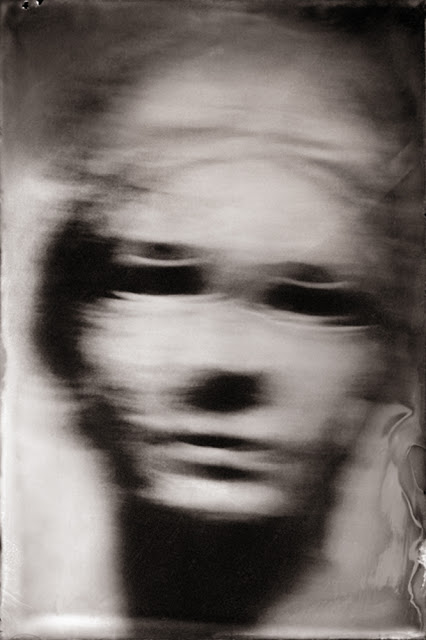 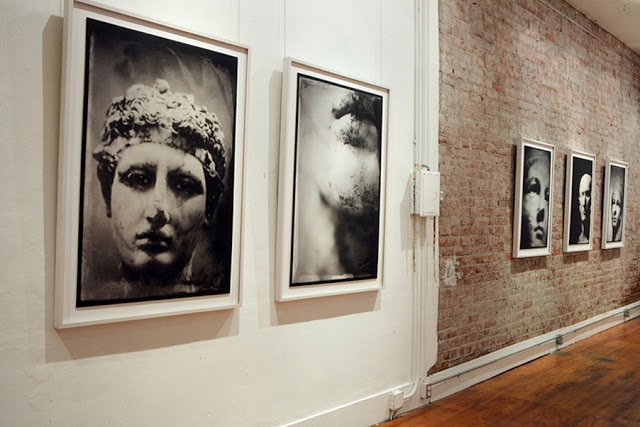 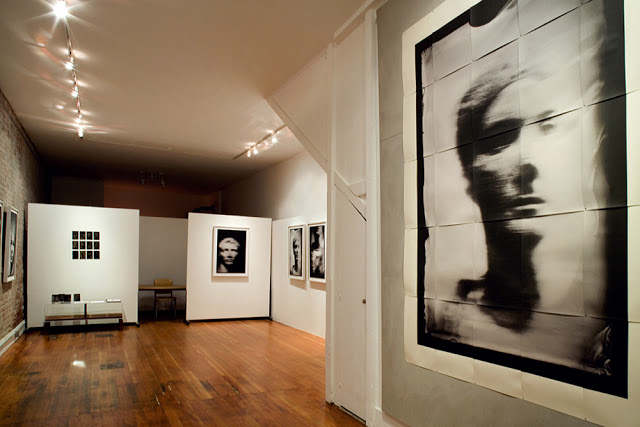 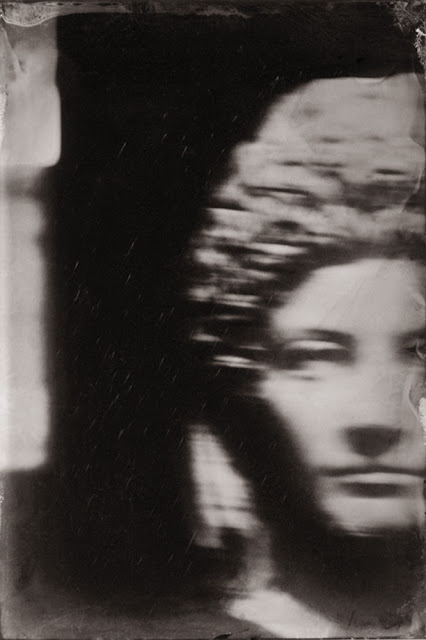 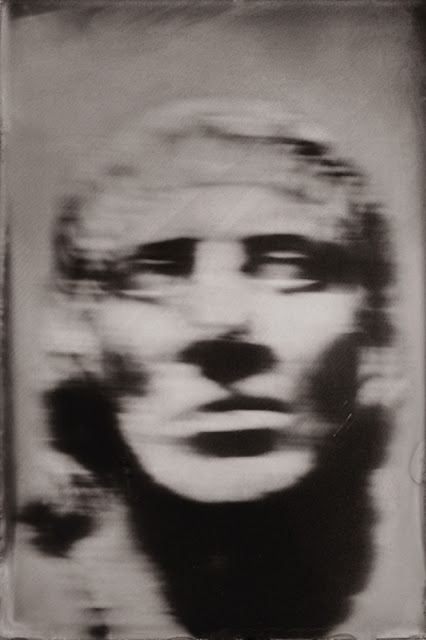 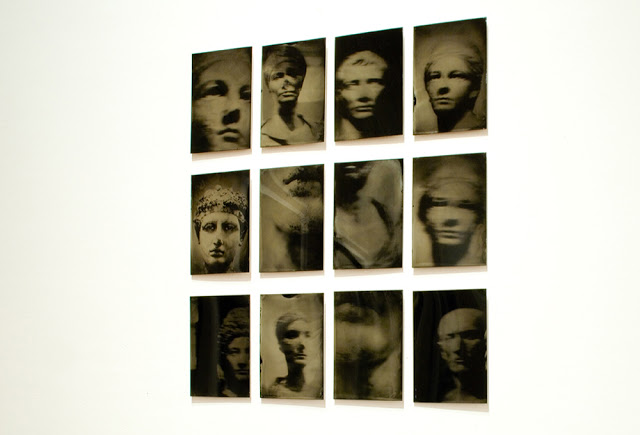