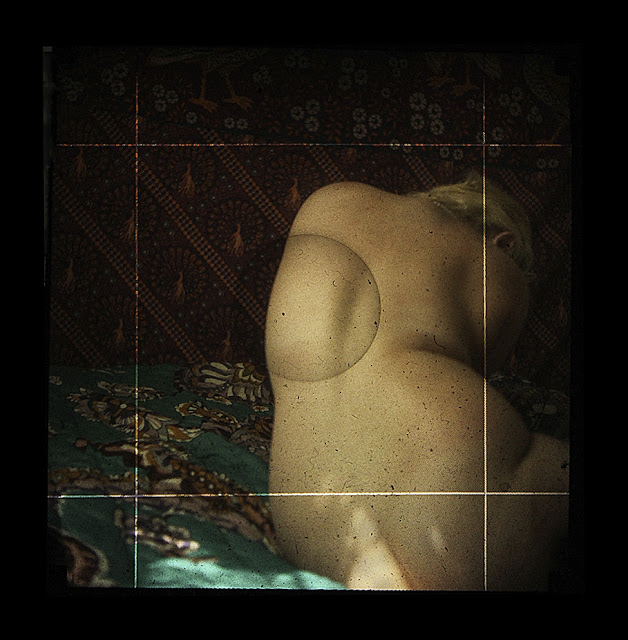 Collapsed Bridge, Mojave Desert, Ca, 2013 ©Buzzy Sullivan
The 2013 LENSCRATCH Student competition had 8 Honorable Mentions.  We are featuring (and congratulating) two of those photographers today, Emily Krakoff and Buzzy Sullivan.  Both artists have created projects with interesting approaches to process that allows us to investigate subject matter with a fresh point of view.
Emily Krakoff  was born in California and currently lives in Colorado Springs where she is pursuing BA in Studio Art and Neuroscience from the Colorado College. As an undergraduate, she has worked under the mentorship of Colorado based artist Heather Oeklaus. She is a passionate learner and rock climber and in her free time likes to cook and make her own paintbrushes in photoshop.
When asked why she is a photographer, Emily shares:
“I am a photographer because I believe that perception is about layers, and when we add a layer in the form a lens, sometimes we complete the picture.”
Surveyed Woman

Nudity and nakedness represent divergent spectrums of identity. To be naked is to be individual. In nakedness, the self is laid bare and the singularity of each body shines forth. While the naked person is the same body with or without a viewer, the status of the nude is entirely defined by the presence of a viewer. If nakedness is the revelation of individuality, then nudity is the subversion of distinction into archetype. Nudity has the same formality of clothing; it is itself a shroud. The nude body is an object to be surveyed as a landscape and a bouldered form to be visually climbed. 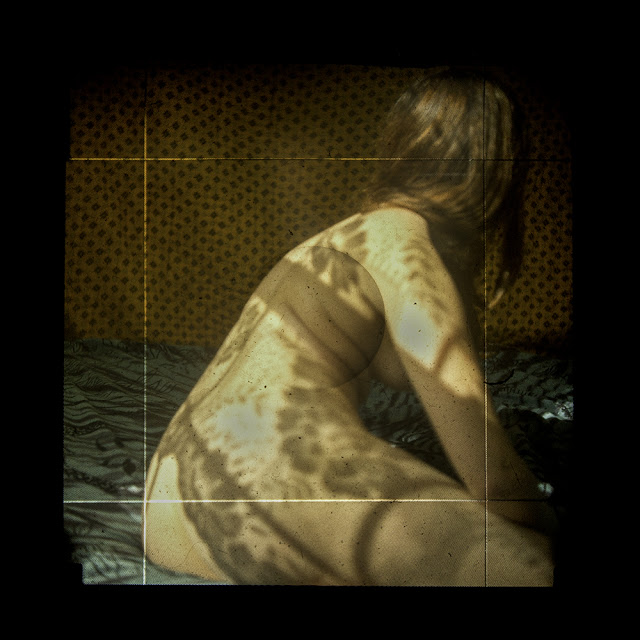 In nude photography and painting, the composition always has least two important people: the portrayed nude and the viewer. The presence of the camera lens in these photos amplifies the viewer’s awareness of their own implicit role in a nude photograph. The lens adds distance between the viewer and the subject, creating a barricade that contradicts the visual invitation of a nude. A modern women under the lens of classical motifs is no less objectified. 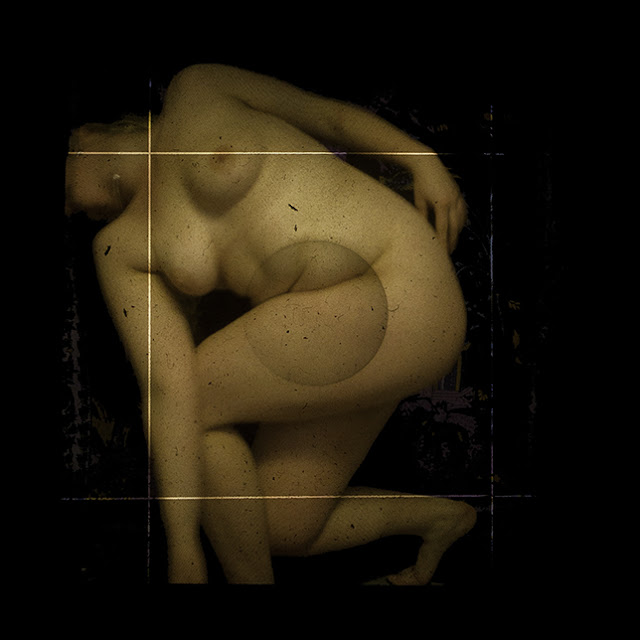 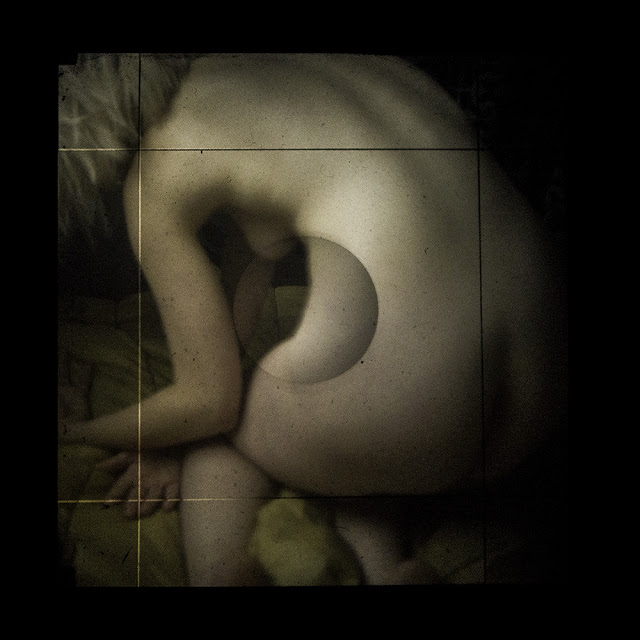 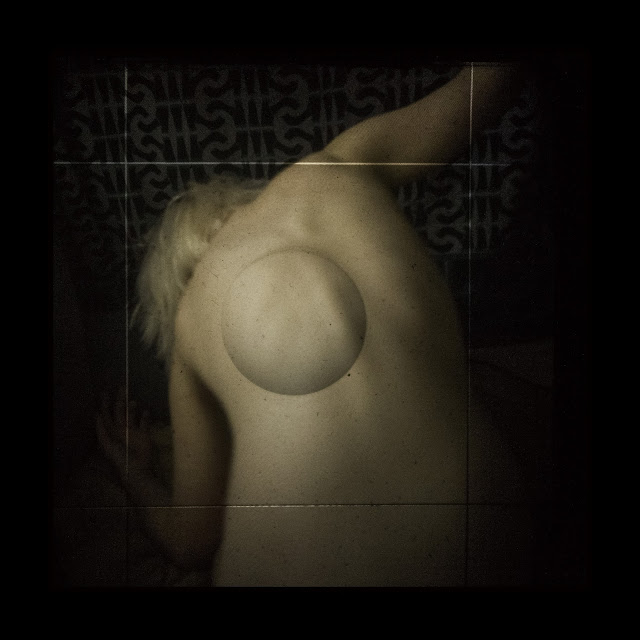 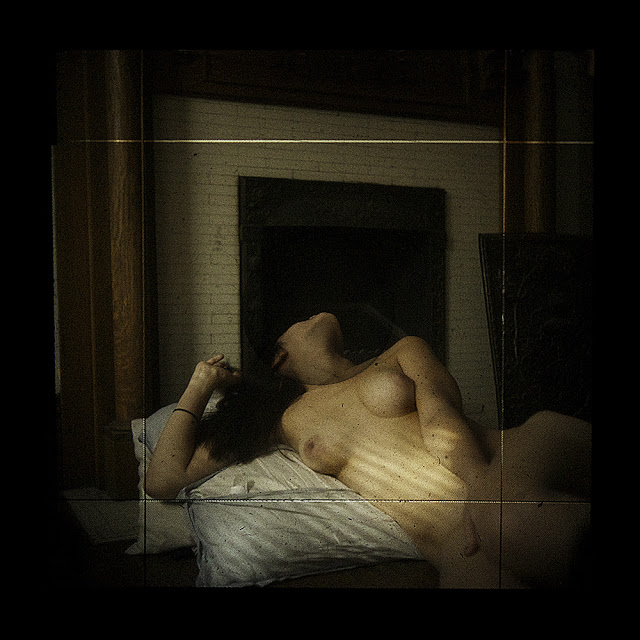 Buzzy Sullivan’s work first came on my radar when he was an undergraduate at Oregon College of Art and Craft.  He created work from one of his passions–skateboarding–and was able to articulate particular movements through light. His new work uses historical processes to explore a very contemporary subject: water and water rights.

Buzzy grew up in Missoula, Montana, before he skipped from coast to coast and now resides in Portland, Oregon. He earned his BFA in Photography from Oregon College of Art and Craft. His art focuses on the processes of photography, printmaking, as well as instillation. He earned the Kirchoff Family Fine Arts Scholarship, as well as the OCAC Presidents Scholarship for three consecutive years. His photographic works have been published in Thrasher Magazine, Diffusion Magazine, as well as the book, The Pinhole Camera. In 2010 his photo-based work was selected to be a part of, Public Domaine, which was a skateboard inspired group show at the Gaite Lyrique in Paris. He is also a lifelong skateboarder, and his mother will always be his biggest fan!
The Smells of Success / The Effects of Decay
This body of photographic work is an exploration of the rapidly changing landscape of the American West, devastated by the depletion and manipulation of water and water rights. This work focuses on the engineered ruins of California: I aim to pose a series of questions about the sustainability of agricultural and population booms in the semi-arid state. At the core of this project is a concern for how water use and perceived needs have shaped our natural and social landscape. 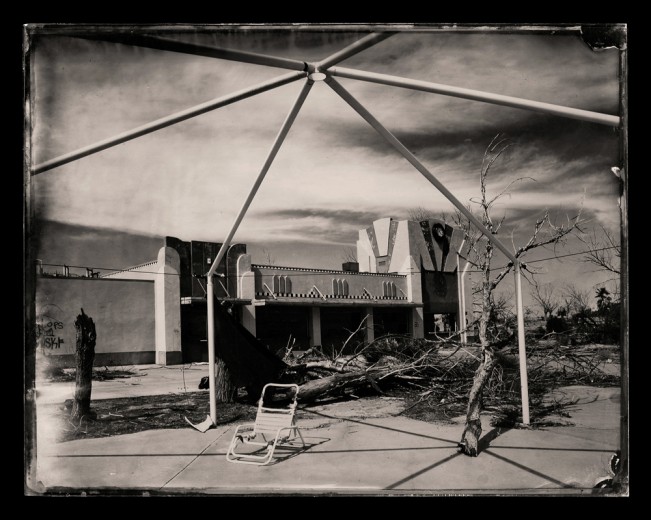 I shot the images that make up The Smell of Success / The Effects of Decay as 8×10 Wet-Plate Ambrotypes, which is the same photographic process used by the post-Civil War photographers who traveled with government-sponsored surveys to document the then uninhabited West. Their 19th Century images created a sense of what could be tamed and owned in the American West. My photographs emulate my predecessors’ images, allowing the viewer a vantage point to contemplate how we as a society have managed resources in some of the most environmentally fragile areas over the past century. 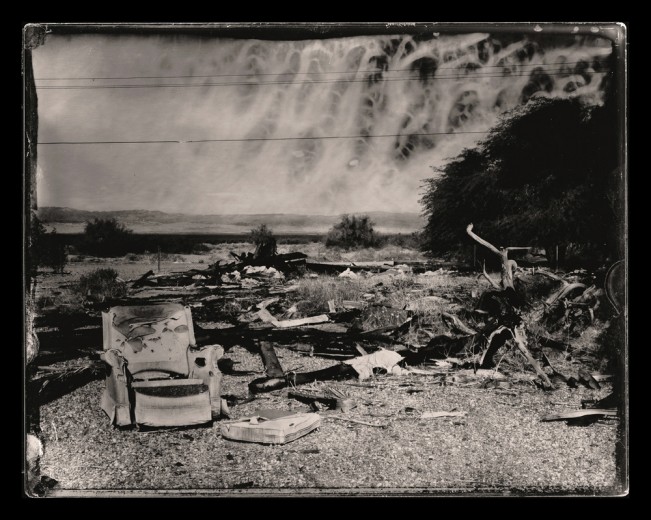