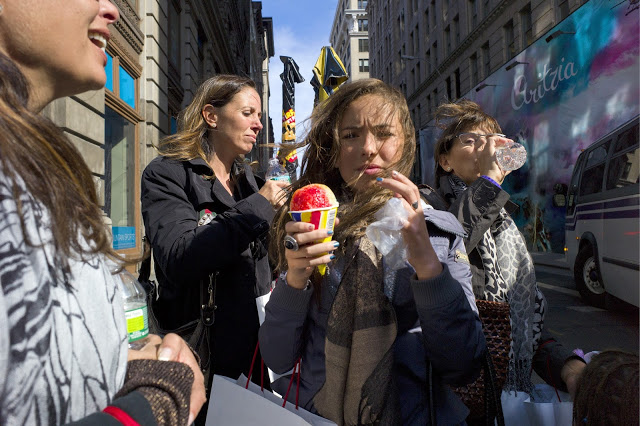 When I got the announcement for drkrm‘s recently opened exhibition: Common Ground: New American Street Photography, curated by Stephen McLaren and featuring the work of 5 photographers that I admire greatly, needless to say I was more than a little bit excited. These American photographers are changing the nature of street photography and giving us yet another way to view the world. The exhibition will be on view from July 6 through July 27, 2013.

Street Photography’s “common ground” is the century-old tradition of using one’s natural inquisitiveness and camera skills to show us new facets of life and reveal poetry within the world around us. Each of the featured photographers eschew models, props and exotic locations and instead rely on their speed of thought and their ability to arrange fragments of time and space into beguiling images. The images featured in the exhibition demonstrate a wide range of styles and camera formats, but it is each photographer’s highly-individual way of seeing the world and recording it which exemplifies how creative street photography can be when pursued by dedicated photographers. 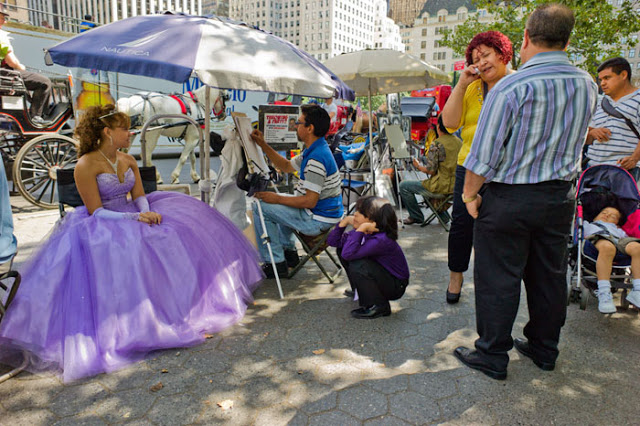 Has been a photographer since the early 1980s when he lived  in Louisville, Kentucky and worked in public relations and portraiture. In later years he moved to London, England, and then New York City where he shoots almost every day on the streets with his beloved Leica rangefinders. He is a member of the In-Public street photography collective and regularly teaches street photography workshops around the world. Although all his work shown in this exhibition is in color, Richard is widely-known for his black and white street photography more of which can be seen at 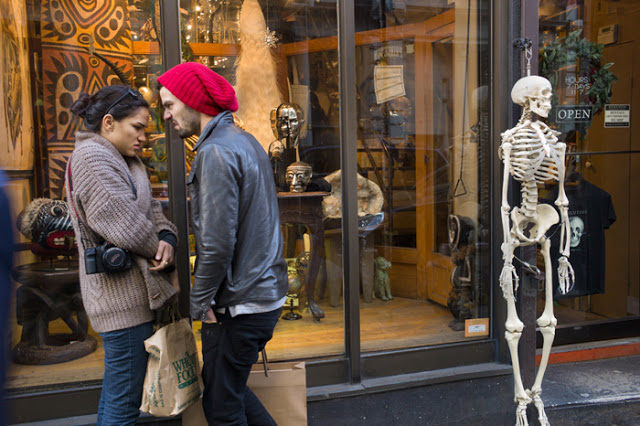 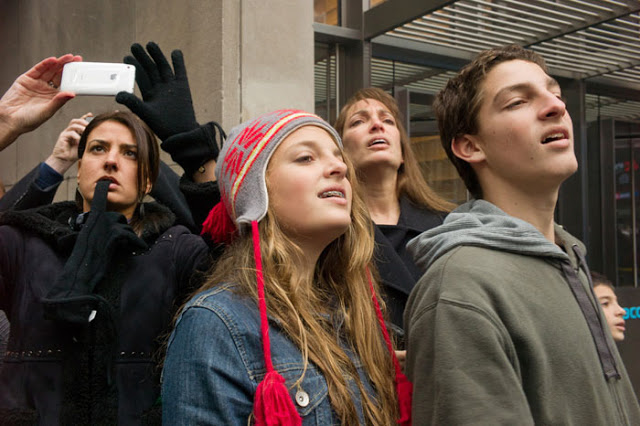 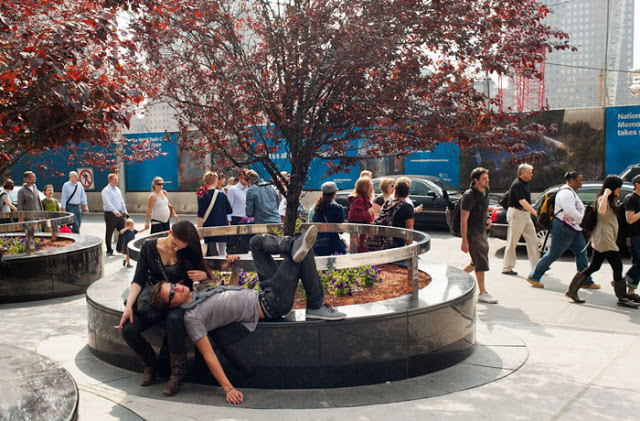 Millenium Hilton, 2010 ©Richard Bram
Bryan Formhals
Although a native of Minnesota,  Bryan’s work in the exhibition is from his Los Angeles project, Genesse Street where he lived until a couple of years ago. He founded the influential photography blog LPV (La Pura Vida) which showcases new and exciting documentary photography from around the world. Bryan is a regular writer on issues relating to the direction of photography and new media and is linchpin in the American street photography world. He has recently turned to medium- form film for his photography. 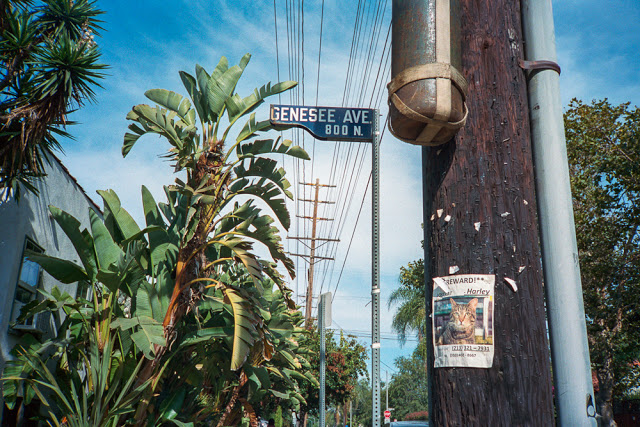 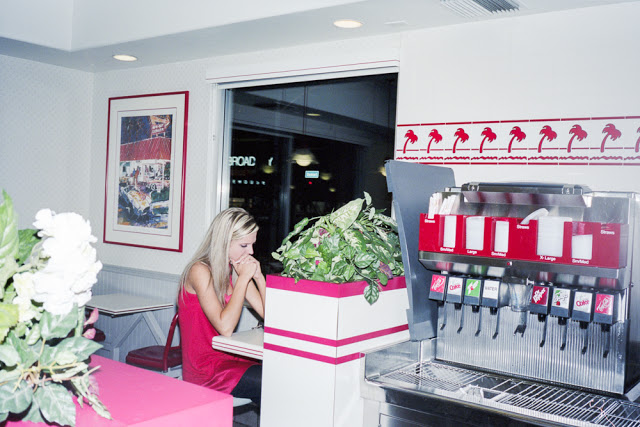 Has been shooting on the street since the early 1970s in Madison, Wisconsin. He has a large and very impressive archive of black and white imagery from the 70s and 80s but like many photographers he has moved on to color in recent years. He has shot extensively in New Orleans where he worked in a museum for many years and in recent years has re-discovered photography and become a major figure in flick’s burgeoning street photography scene. He now lives and photographs in Baltimore, Maryland. 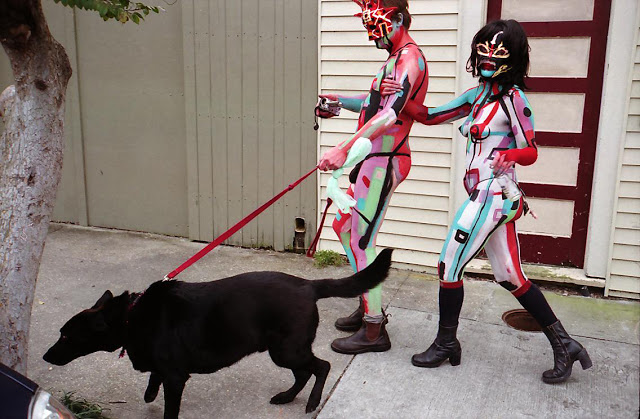 Lives outside San Francisco, but much of his street photography takes place in that city. He has won several street photograph competitions including the 2011 Street Photography Now award which was tied to the book of the same name. Jack is a psychiatrist by profession and the images in this exhibition show his keen interest in human nature. His fashion photography blog with his daughter, Your Style Station, is a recent departure into more controlled photography but his improvised and witty street work can be found on his site. 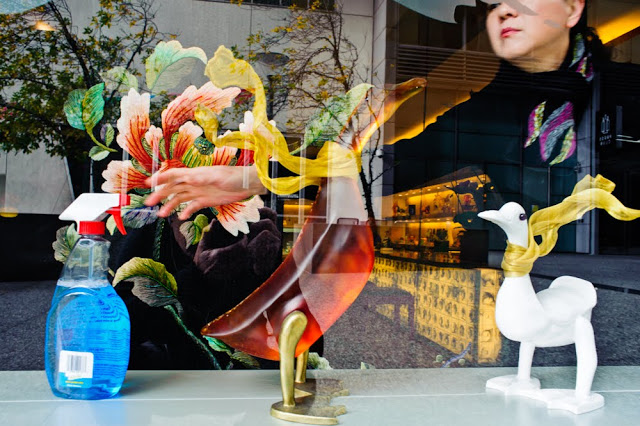 Lives and works in the Pacific North East and shoots mainly in Eugene and Portland, Oregon. Blake is largely committed to black and white analog photography and he develops and prints his own work . In 2007 he founded the blog B, which has quickly become one of the internet’s premier destination for witty and preceptive thoughts on street photography, and photography in general. He is a member of the international street photography collective, In-Public, and a portfolio of his street work can be seen on their website, In-Public.com 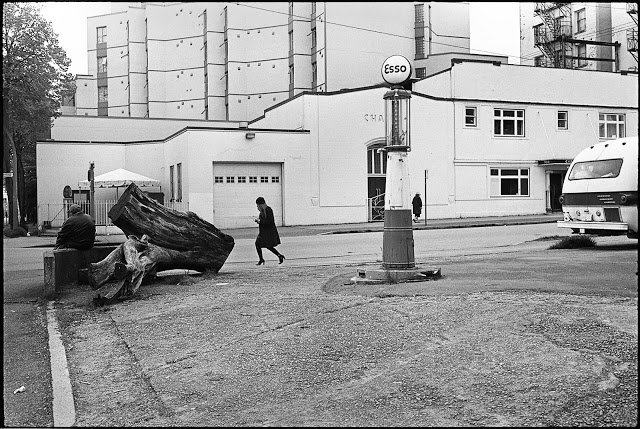 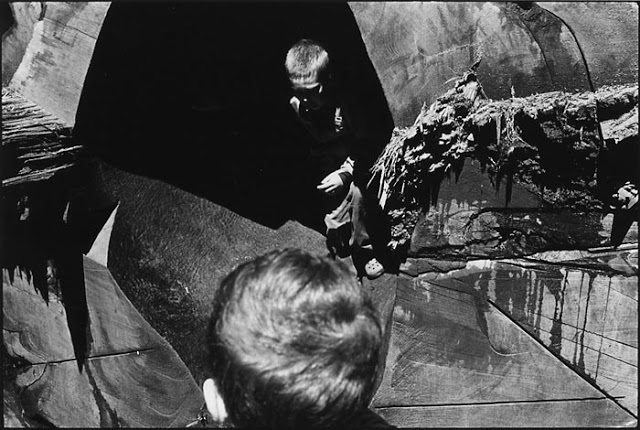