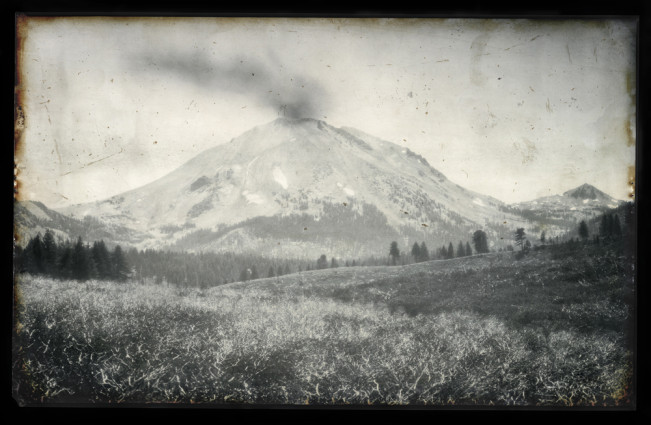 Noah Wilson is revisiting and representing appropriated negatives that he found while an artist-in-residence at the San Francisco dump.  These found photographs take on a new life with the patina of age, distress, and the fact that they are more than just captured landscapes–they are historical objects that spark a conversation about process, photographic aging, photograph as object, and the reinvention of photography created by someone else.

Noah received an MFA from San Jose State University and a BA in art history from Humboldt State University.  He has had solo exhibitions at the Haines Gallery and Dolby Chadwick Gallery in San Francisco, and his work is held in the collections of the Achenbach Foundation, the Whitney Museum Library and SF Camerawork.  Other exhibitions include the Headlands Center for the Arts, Kala Art Institute, SF Camerawork, San Jose Institute of Contemporary Art, The African American Museum of Oakland, and the Triton Museum.  He has worked as artist in residence at the Vermont Studio Center, Kala Art Institute and Recology (formerly San Francisco Recycling & Disposal), and he has received fellowship awards from the Joan Mitchell Foundation and from Kala Art Institute.  His work has been published in Orion Magazine, Zyzzyva, The Liner and 11/11:  A Journal of Literature and Art.  He currently lives and works in Oakland, California.

The photographs in this series use landscape imagery appropriated from an archive of early 20th century negatives that I acquired while working as artist in residence at the San Francisco dump.  Many of the negatives depict scenes from our National and State Parks, as well as numerous other locations throughout the American West. These negatives have a nitrocellulose base (a medium used between 1889-1930s, but replaced in the 1920s by Kodak “Safety Film” because of its proclivity to decay and self-combust).  Due to the unstable nature of this film, the negatives exist in various stages of deterioration and distress. 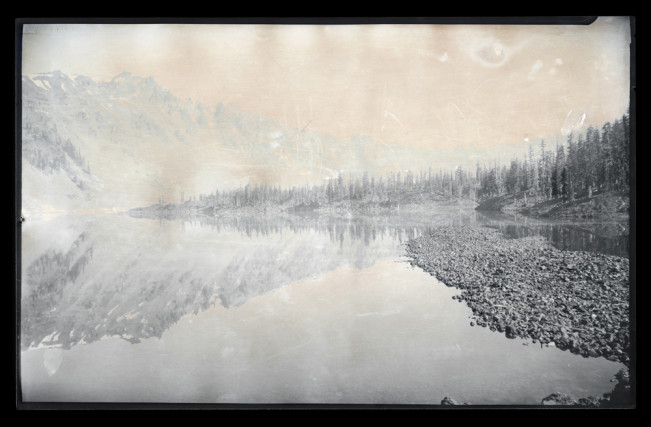 I’ve used a flatbed scanner and sunlight as a backlighting source to record both the surface of the negatives and the photographic image held within. Depending on the quality of the sunlight (diffused or direct), I capture a different interpretation of the negative with each scan, and I build the images out of multiple scans to create a composite that portrays the place that was photographed as well as the degradation of the medium. 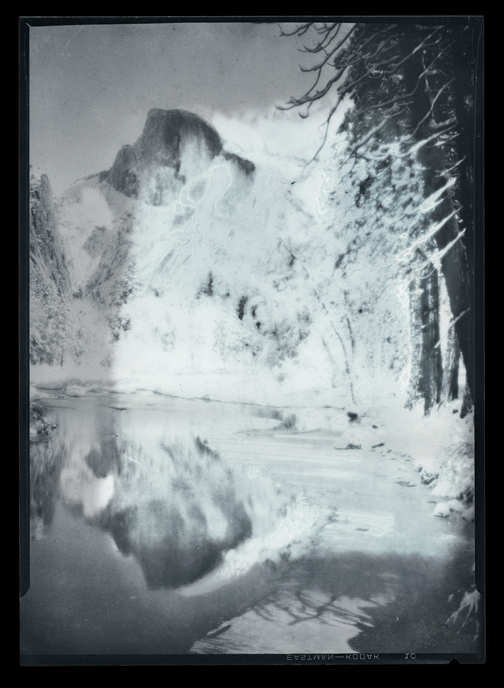 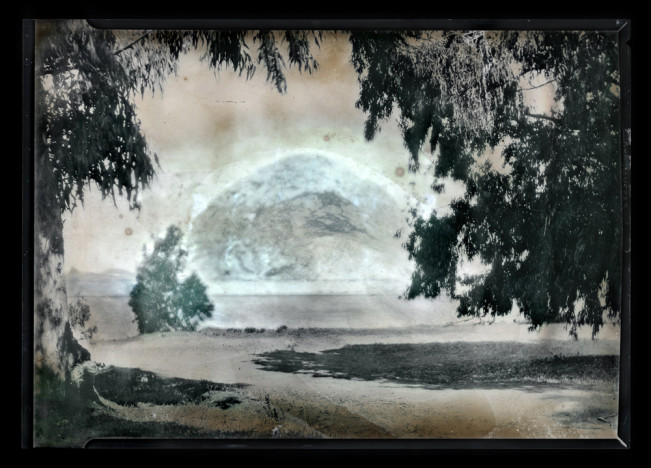 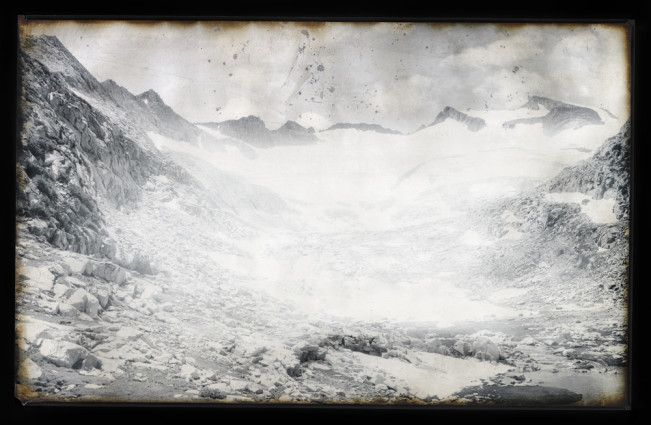 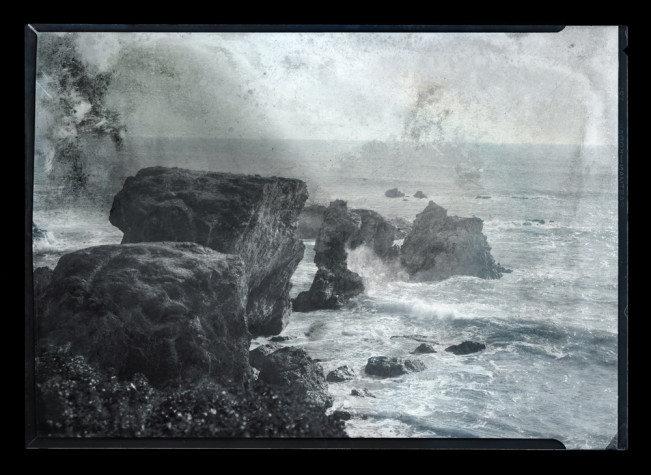 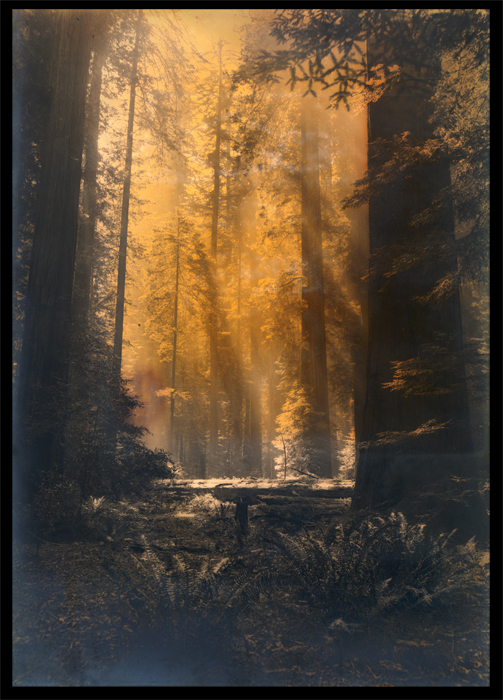 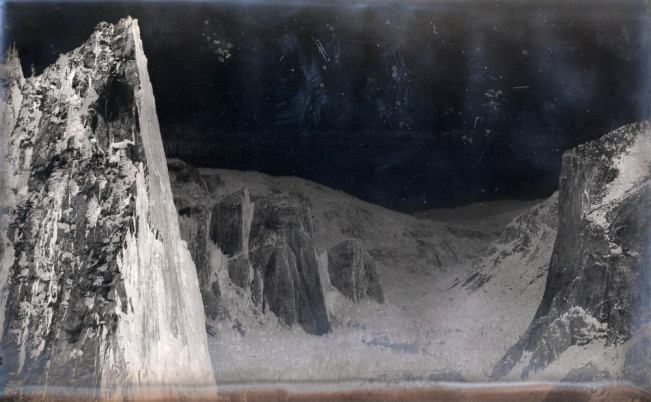 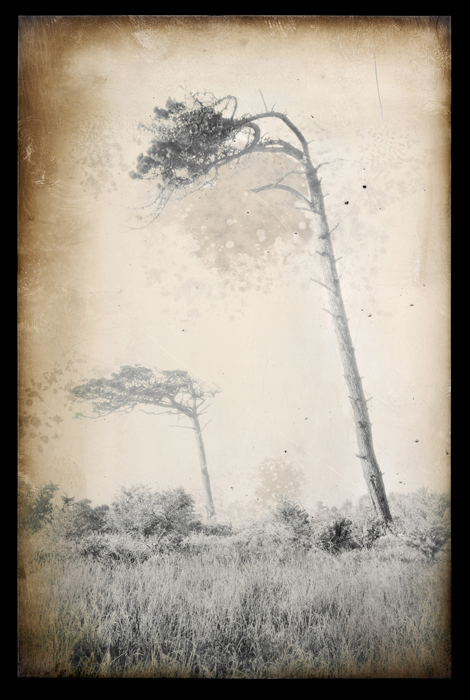 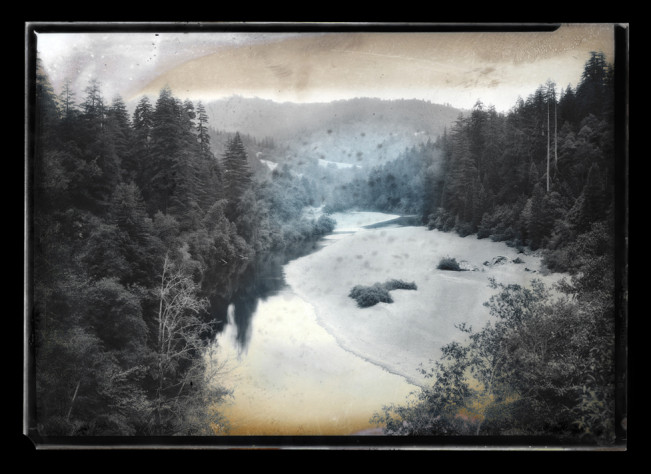 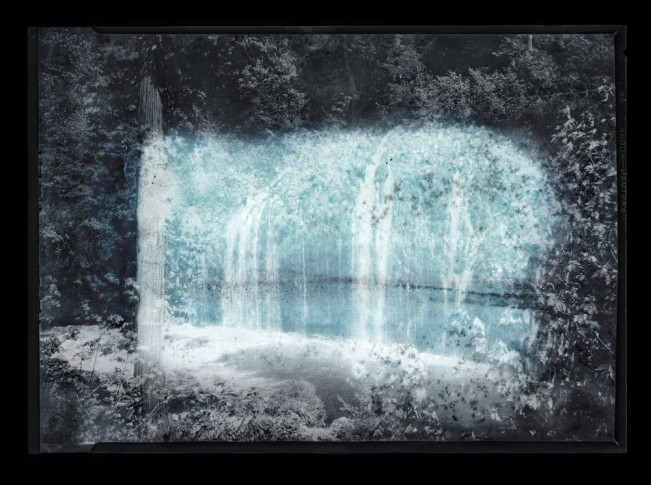 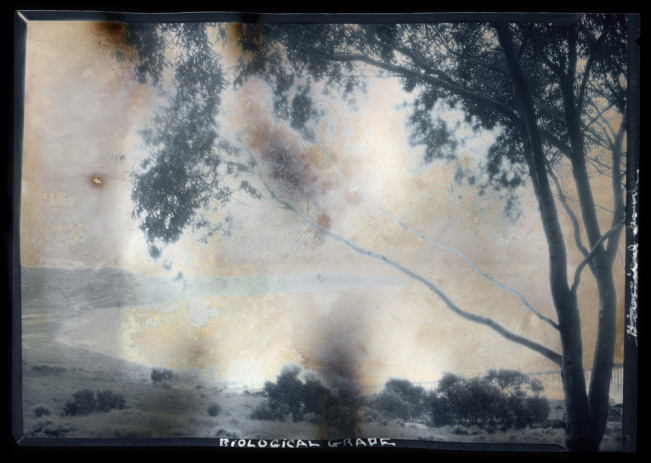 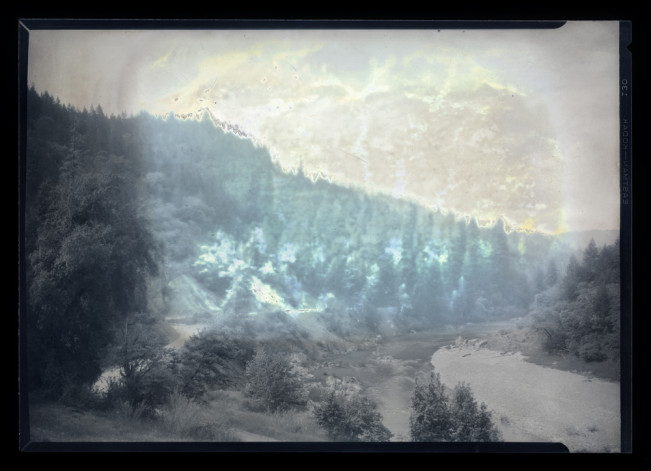 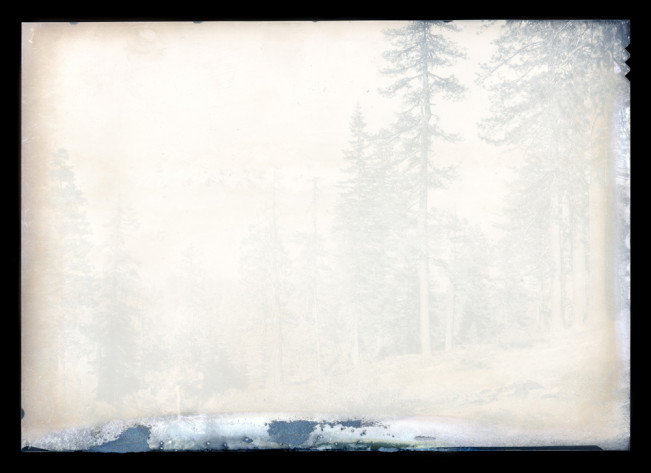 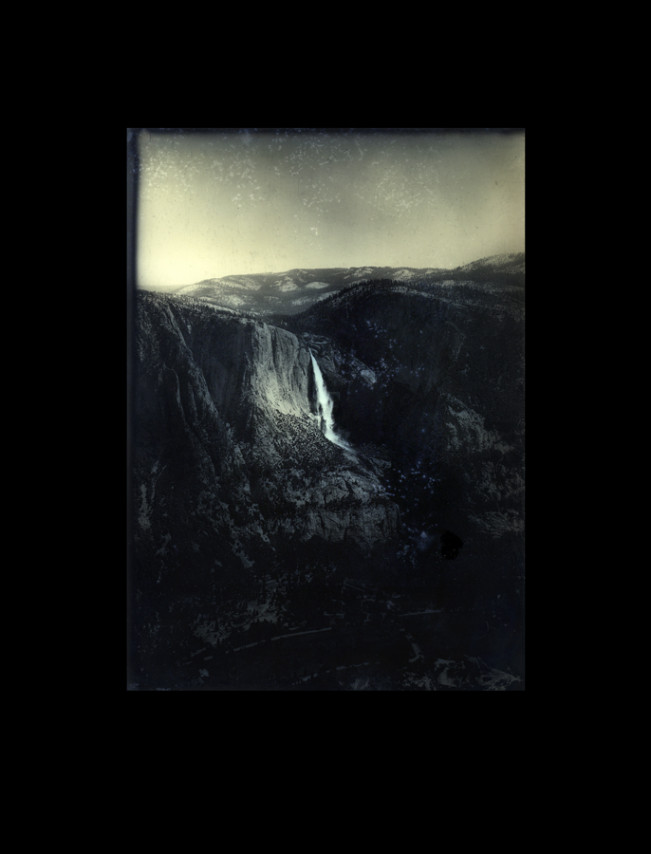