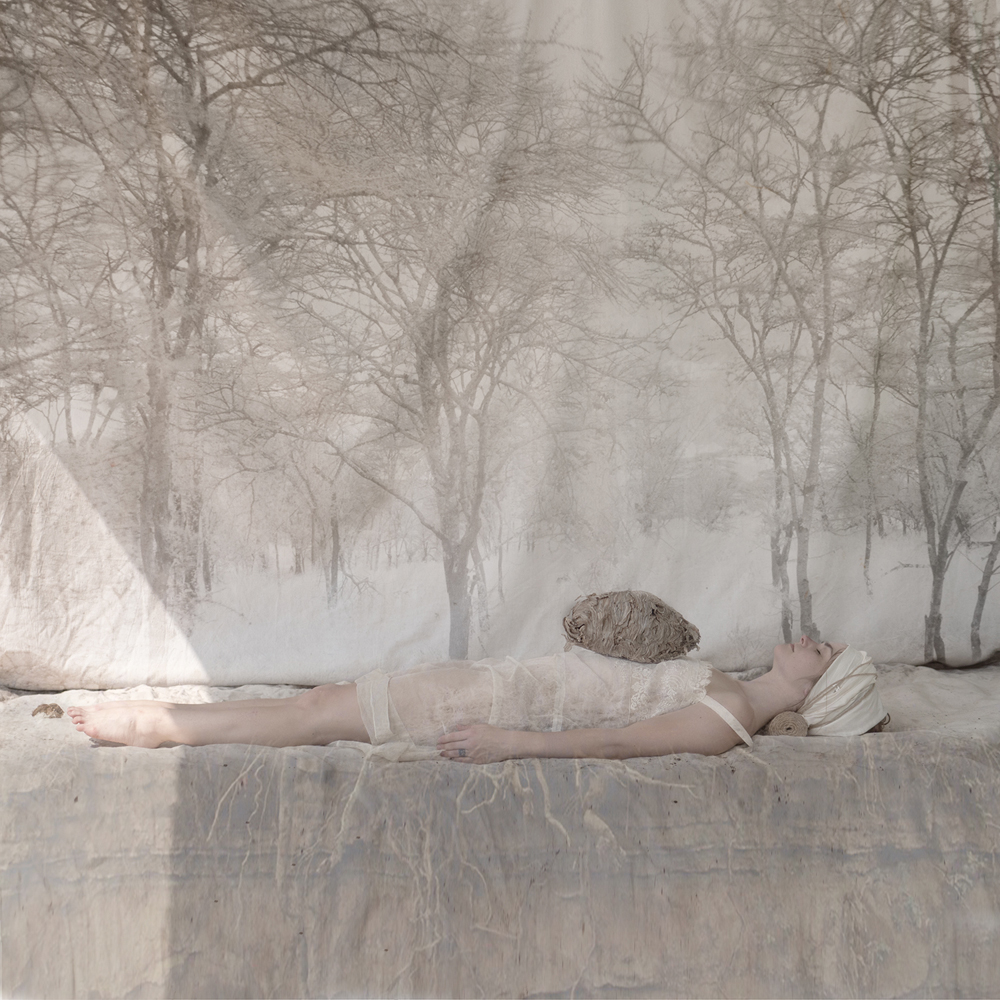 The mysterious stories told by Ann George turns the viewer into a voyeur by forcing them to peel back the many layers to see what is hidden beneath. Her images are timeless allegories that remind me of Lewis Carol’s Alice and Nabokov’s Lolita. The innocence of the subject contrasts with the photographer’s life experiences. As with any good story you want to see what happens next.

I asked Ann, “Why Louisiana?”

“Because she percolates inside every aspect of whom I am, and what I do as rich and strong and thick as her coffee. I sense her it in her old things that still have a purpose; in her soft blanket of pine straw beneath my feet and her suffocating summer nights. I smell her in that strong coffee, in the mud and the paper mills. I see her in the blur of the cotton and the sugar cane fields as I pass by as well as and the small white churches that dot the landscape. I hear her voice in the distant train whistles and the song of the cicada signaling the dark and in the accents of the people I love.

Louisiana is the genesis of all of my work.   The richness of life in it’s Rapides Parish, incubated over the years and cultured the particular strain of my creative life.  This “sense” of her is also etched in me as metaphors. The smell of the honeyed smoke from the burning of cane fields, the mud and the smelly wet places that also yelled to me squish squash as I ran through them launching frogs and egrets, and biting mosquitoes spoke to me of the bittersweet irony of life. Anticipating the food seasons taught me to wait. Crawfish, mayhaw berries for jelly making, peaches, figs, strawberries, duck and dove seasons all had their period of feast then famine.

I think back of my laying in carpets of lush green St Augustine watching the clouds dip through the cracks of moss ceilings as I dreamed, told myself stories and waited for the summer cicada to start their symphony.  The tall, sturdy pine trees that stood watch over me like soldiers then still do and give me permission to take risks as they cocoon my adult life whispering their wind songs of courage, bending low at times but never breaking to the currents.

Louisiana’s modest roots, southern values and storytelling carved the landscape of my life. I am her daughter and whether or not one sees Louisiana in one of my images is irrelevant, She is always there.”

Ann George is an internationally award winning visual artist who has participated in exhibitions throughout the United States and abroad. She has been published in multiple periodicals and books and has lectured in the United States as well as in Canada. Critics have commented that her photographic approach is mysterious and poetic and continues a pictorial tradition important in the history of photography.

In an effort to create images that reflect a sense of nostalgia, George blends modern Photoshop techniques, oils, glazes, and waxes to create texture and depth. She melds pixels, paper, ink, and paint to create compelling photographic fusions that celebrate her native Louisiana as well as people, places, and stories that move her.

Using traditional and alternative photography processes, George portrays the role of inspirational storyteller through imagery and looks for ways to satisfy her vintage eye in the camera, computer, printing, as well as in the paint.

“ I grew up with people and places that grounded my roots deep into the southern soil and my heart into Louisiana’s personality I sense the South, within its old things that still have purpose, in its soft blanket of pine straw beneath my feet and its suffocating summer nights and in the storytelling beneath its branches of culture and history. These southern memories will always be part of who I am and the work I do. I utilize photography for more than a means l to capture a moment in time, but as a voice to capture a movement through time. I desire to describe a journey, a fairytale, a feeling of progression through and to something and it propels my artist eye to such a beginning and an end.”

My photographic behavior and resulting work at times reflects that of bird’s flight behavior. By that, I mean that I employ different movements, patterns, and lanes of work with a goal to reach; nest, a home, a landing, a complete project. This behavior, my behavior, “flight behavior” became a project in of itself and is what I call my latest work in color.

As dipping my eye into vats of color was a departure for me, I began by using color in subdued tones and low contrast palettes. I found I could bridge the gap between my signature monochromatic works and find comfort in color as long as it preserved a sense of familiarity. I could use color to expand my visual narratives as well as using it as a full-on expression.

I have discovered that color is a potent element of visual communication and exploiting its values and tones has immersed my artistic eye into endless possibilities and perspectives..

I plan to continue on this flight path … well, for now 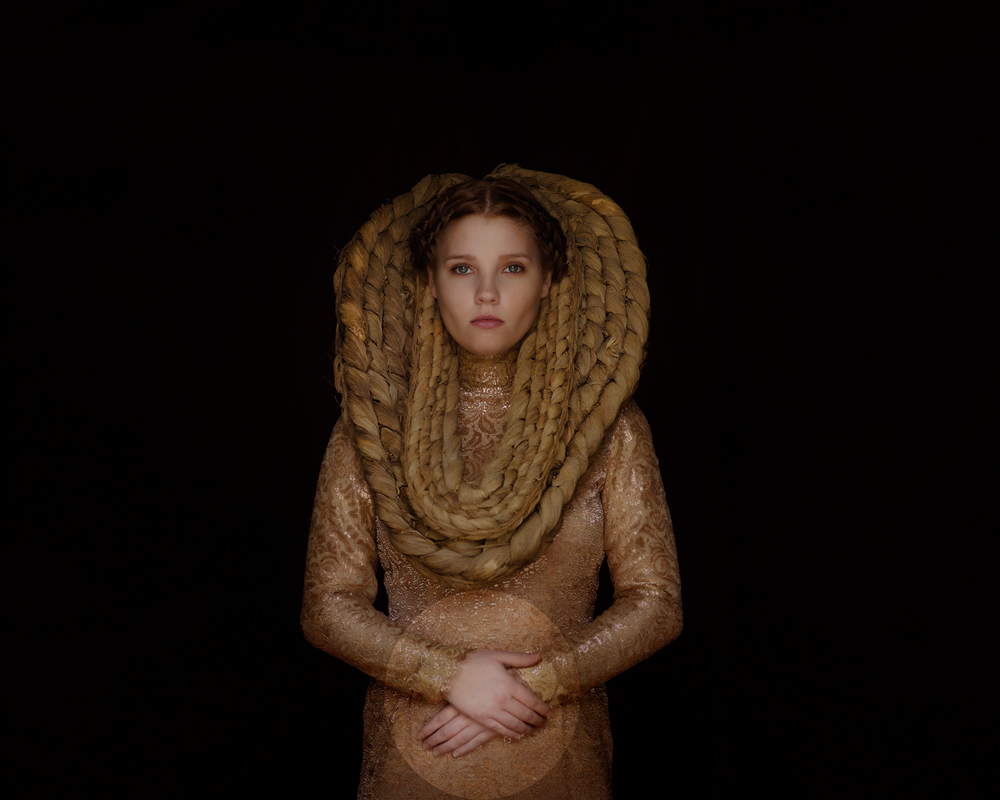 ©Anne George, Lord and the Lioness 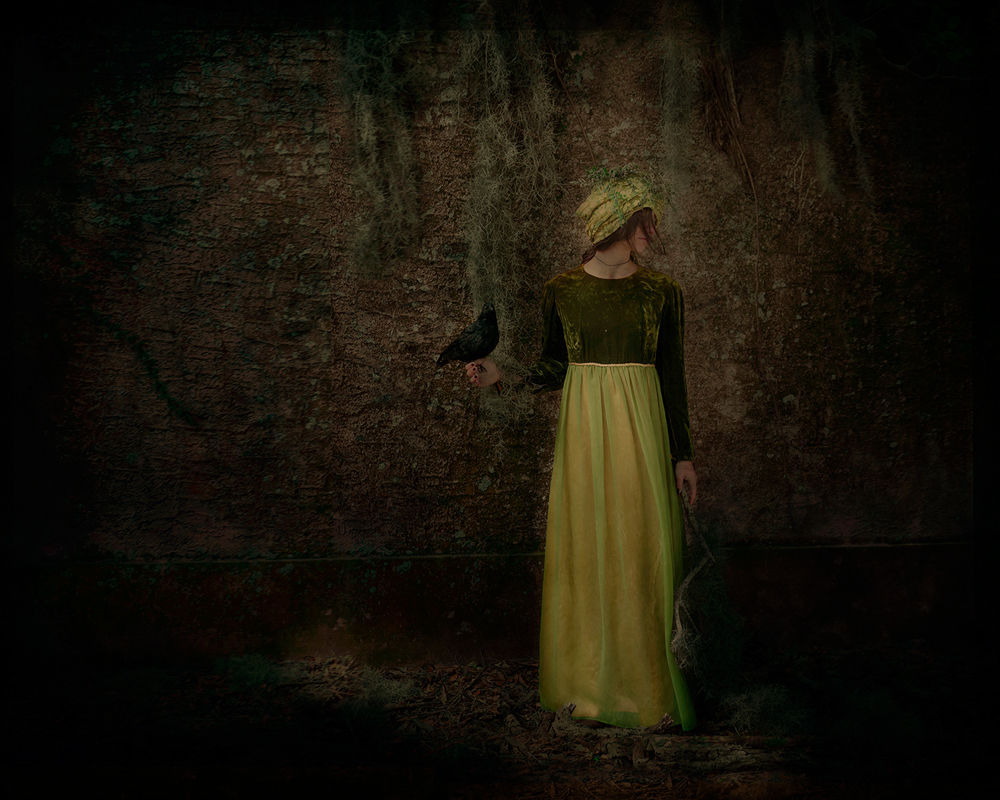 ©Anne George, A Crow By Another Name 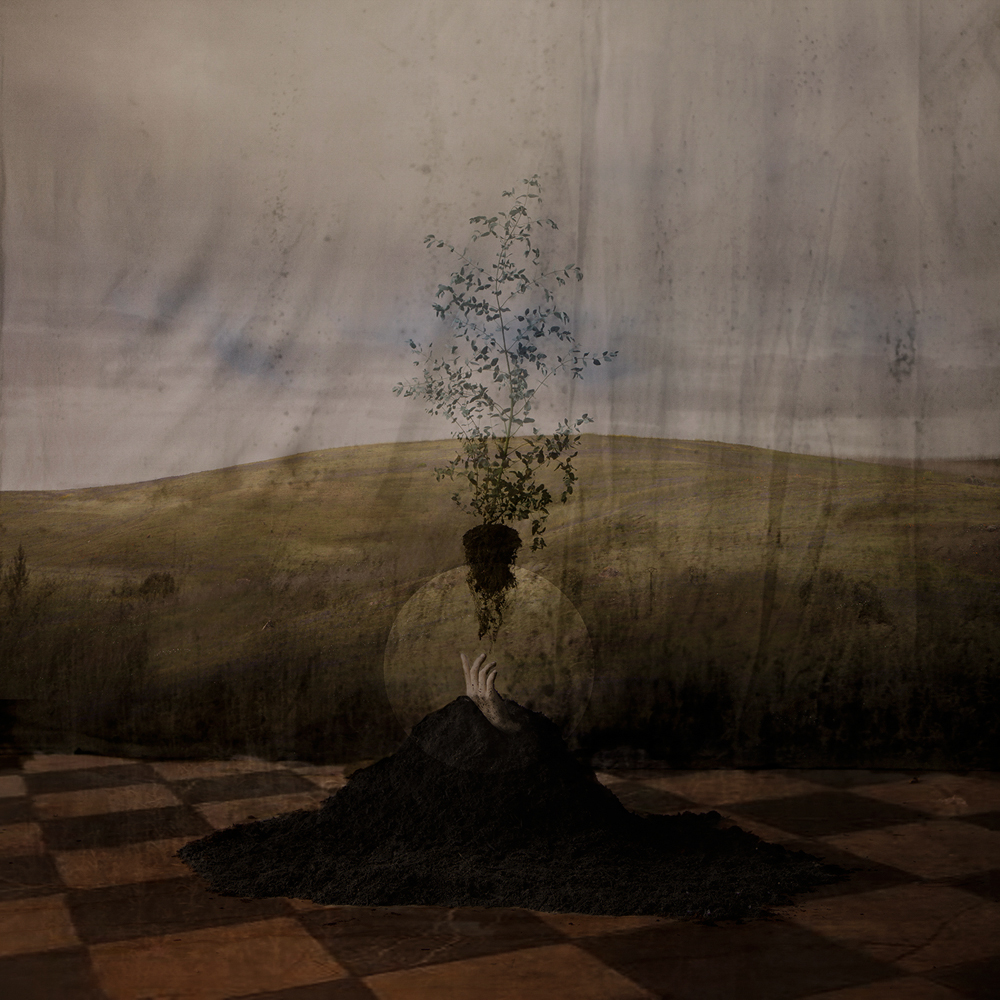 ©Anne George, A Day In The Dirt 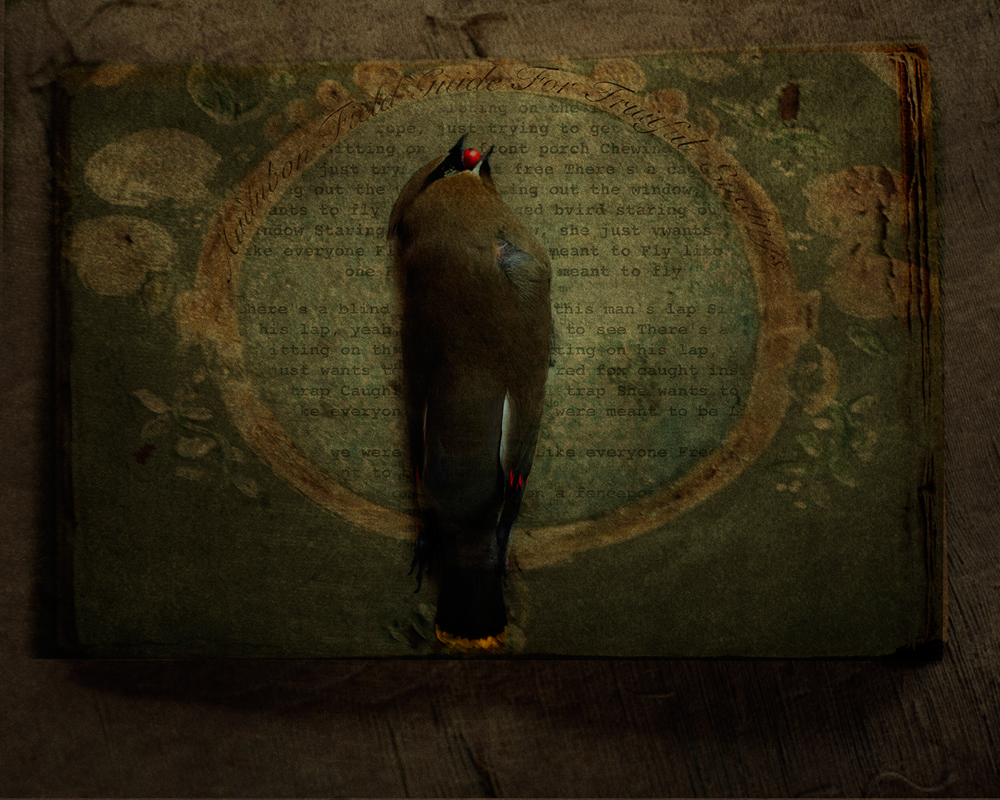 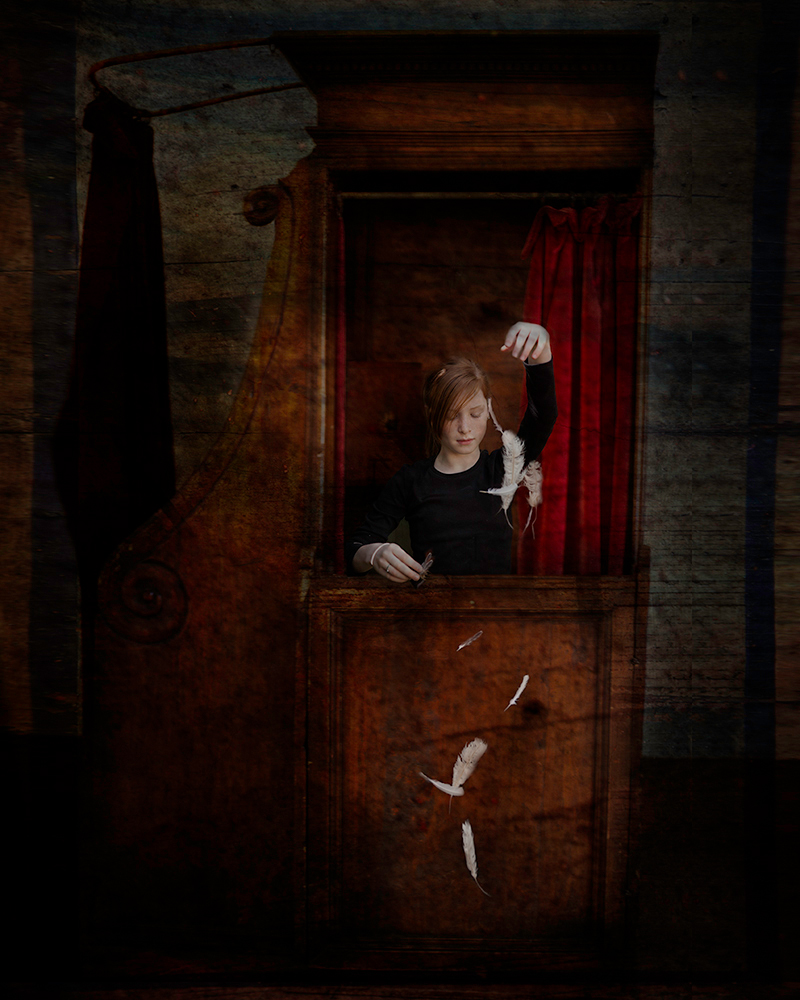 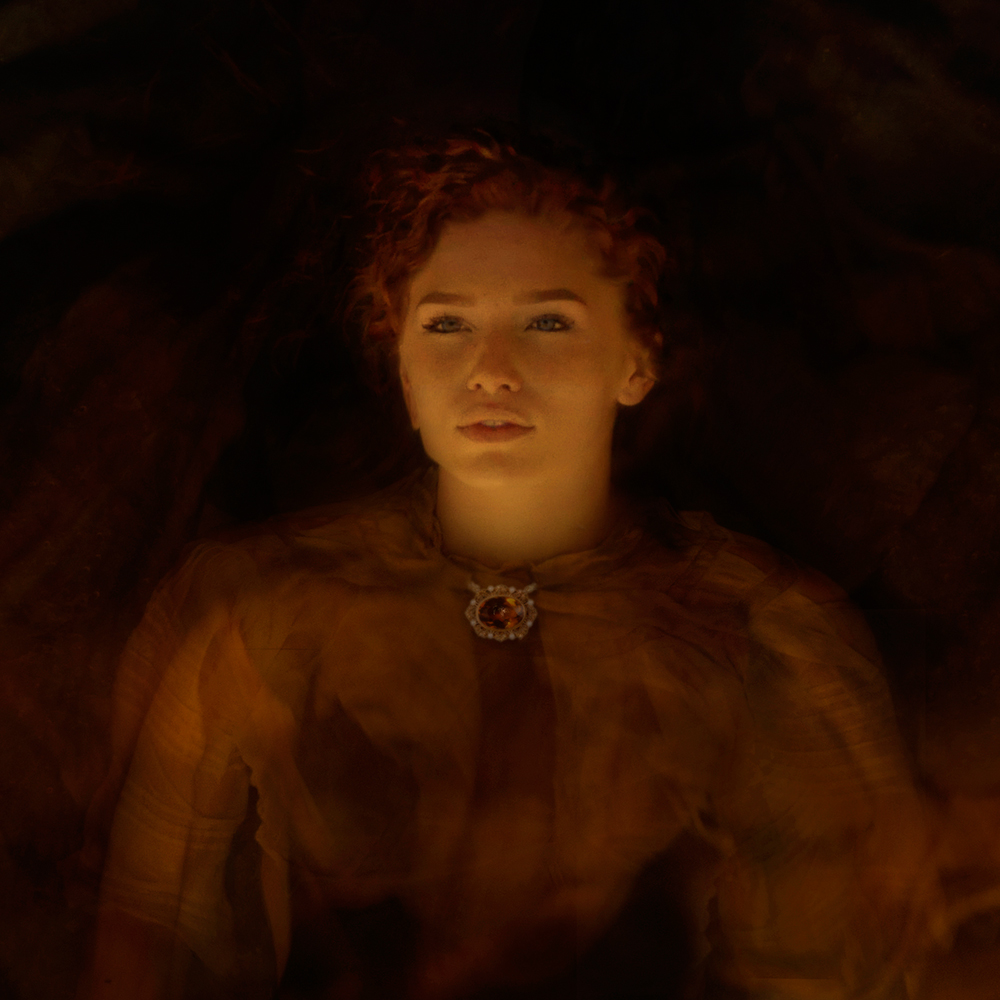 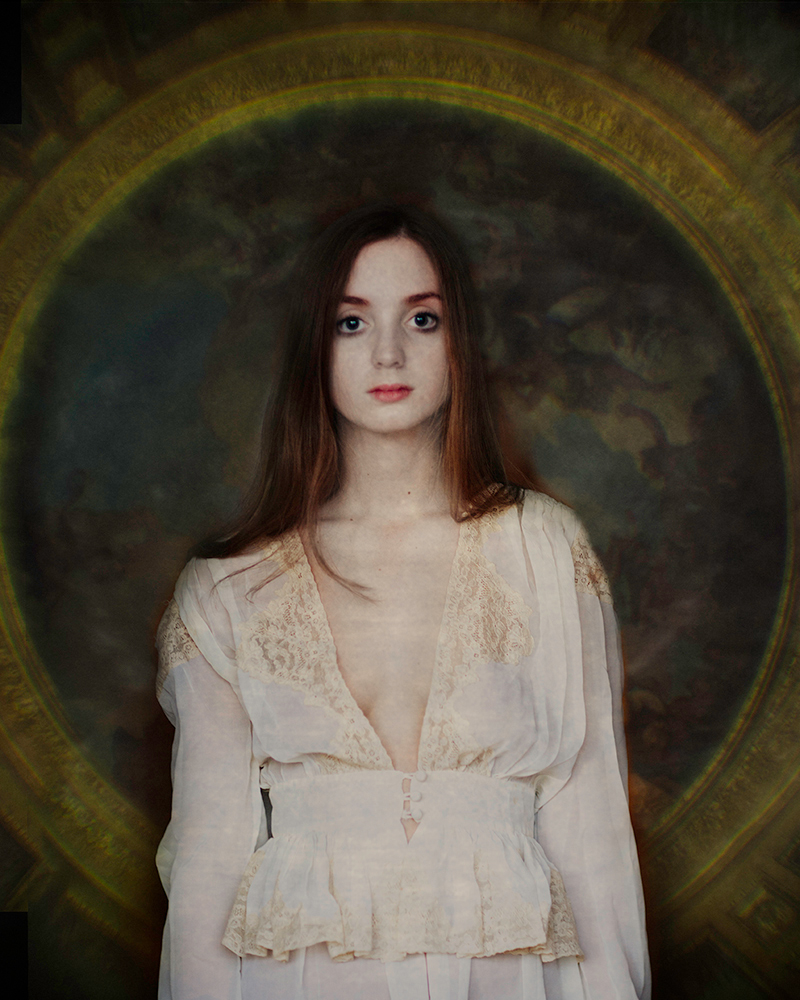 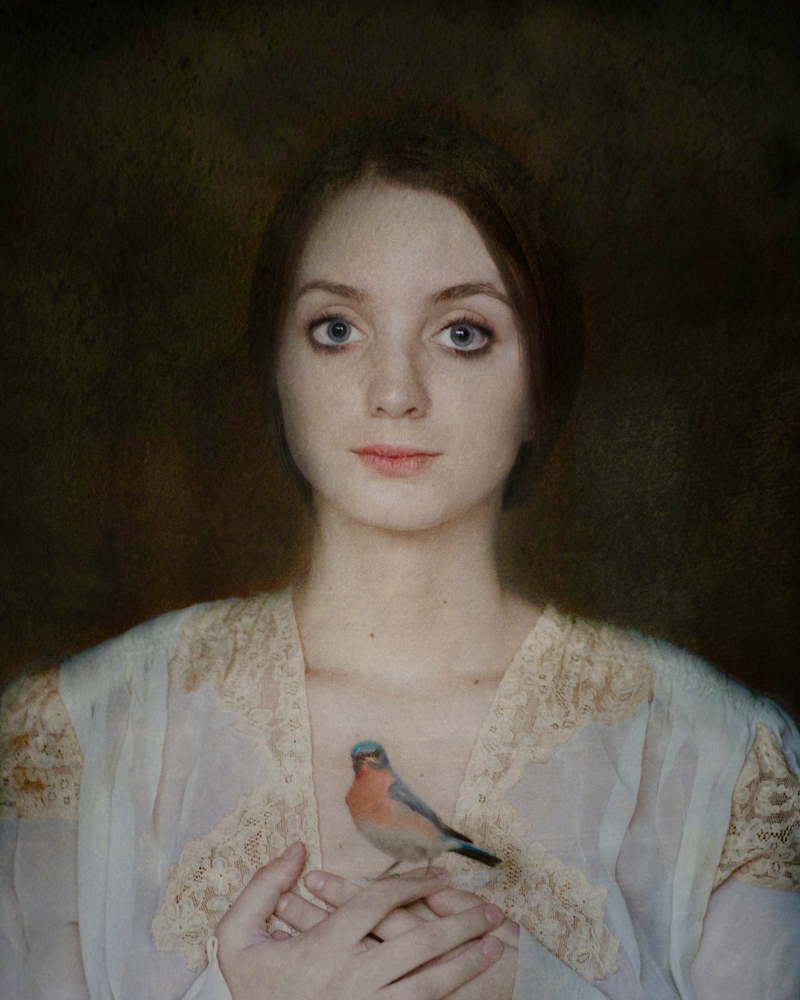 ©Anne George, Hope is a Thing With Feathers 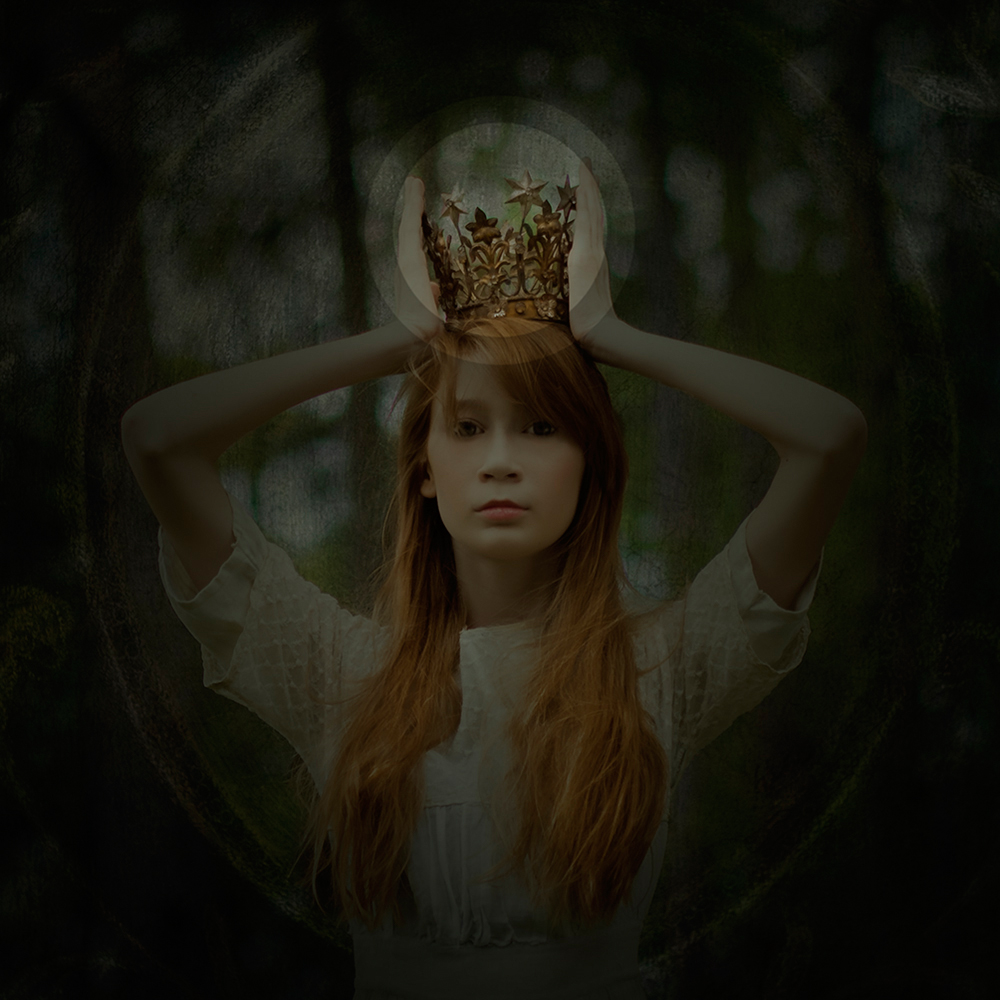 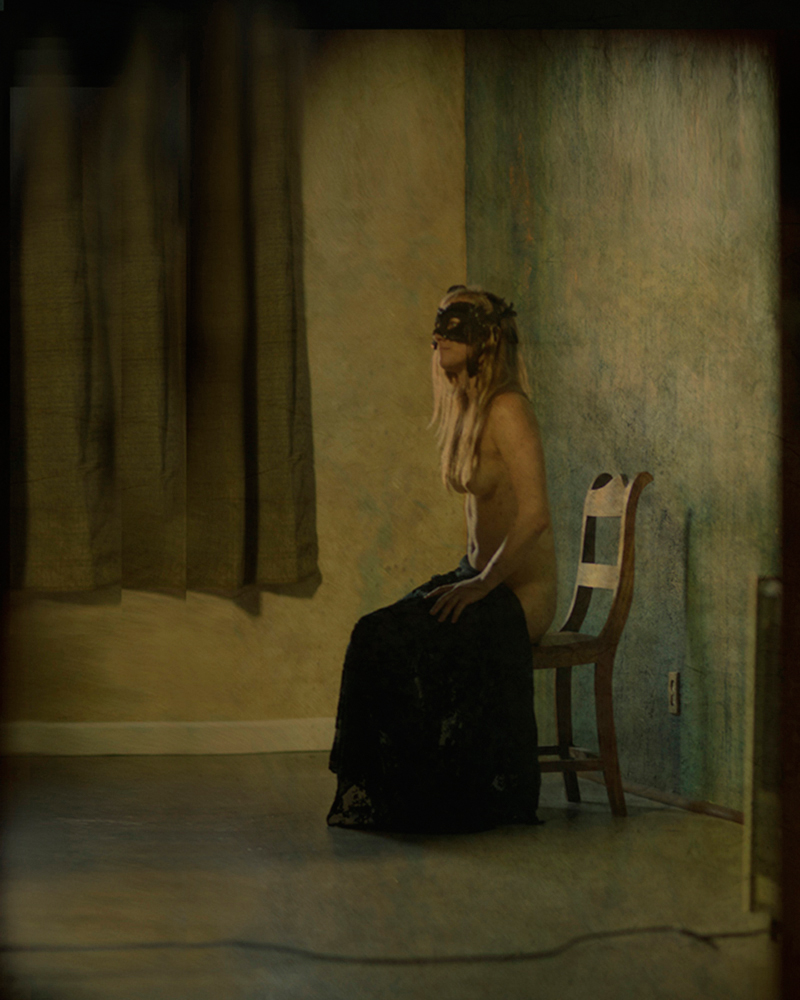 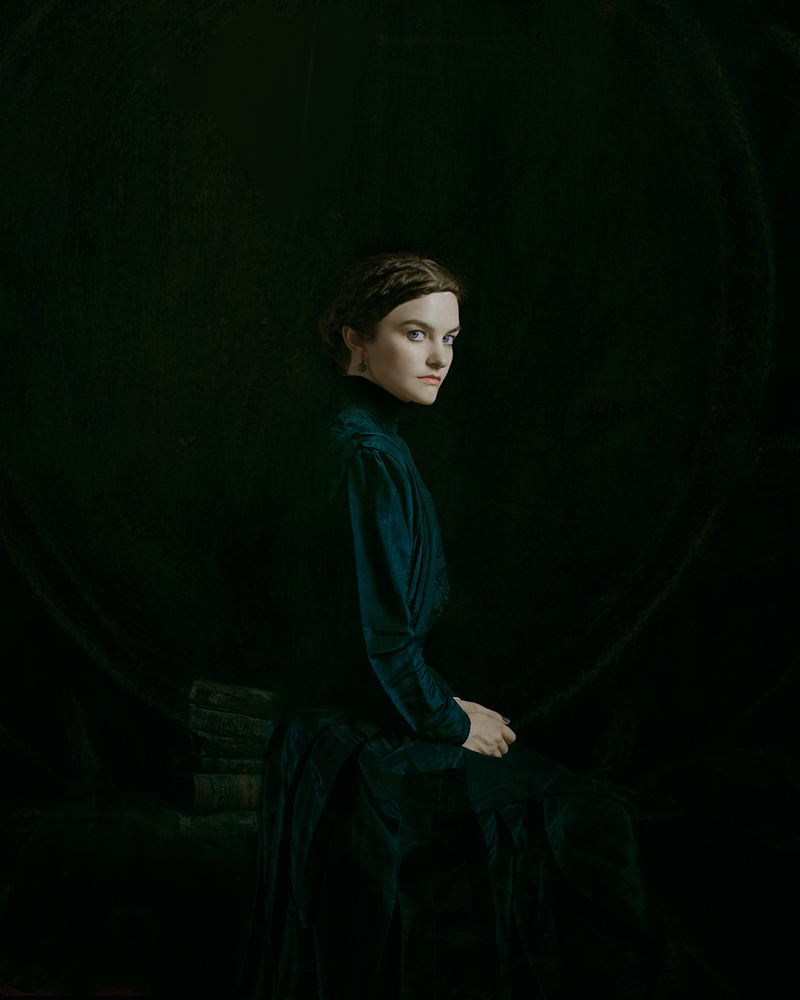 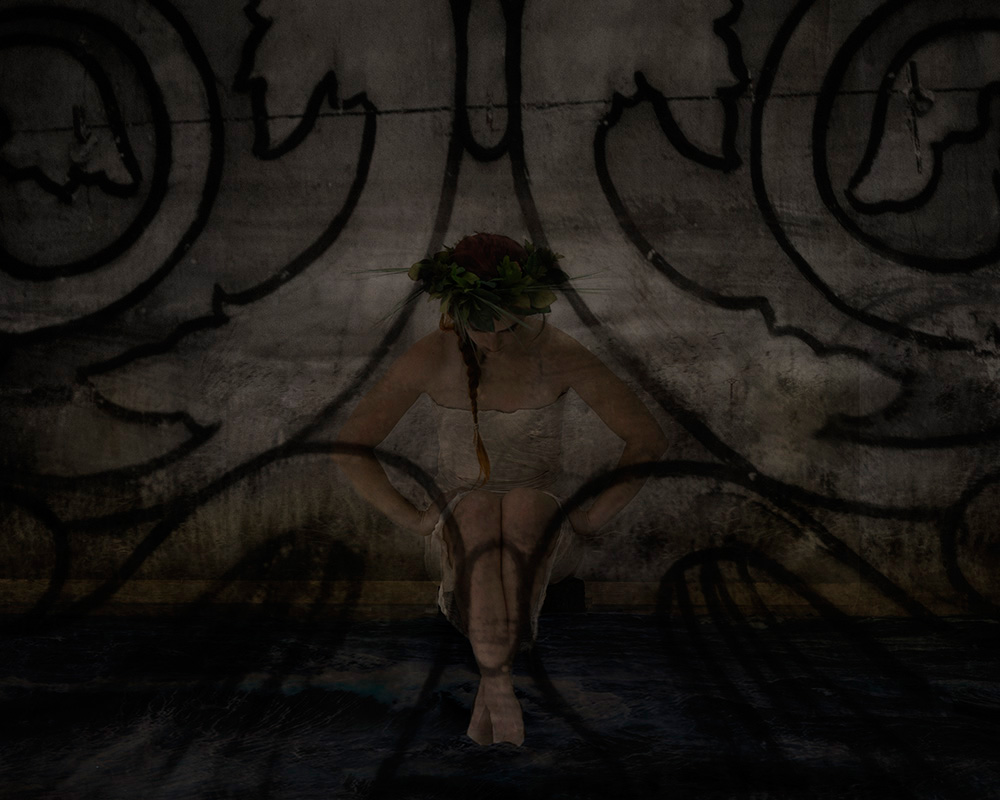 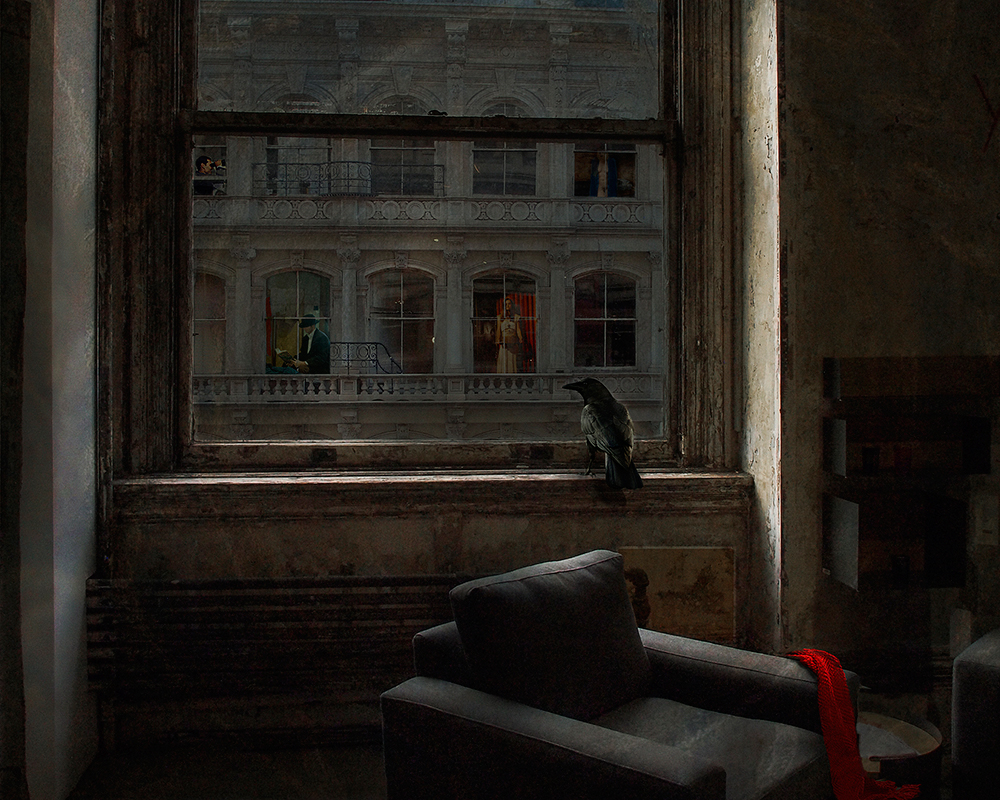 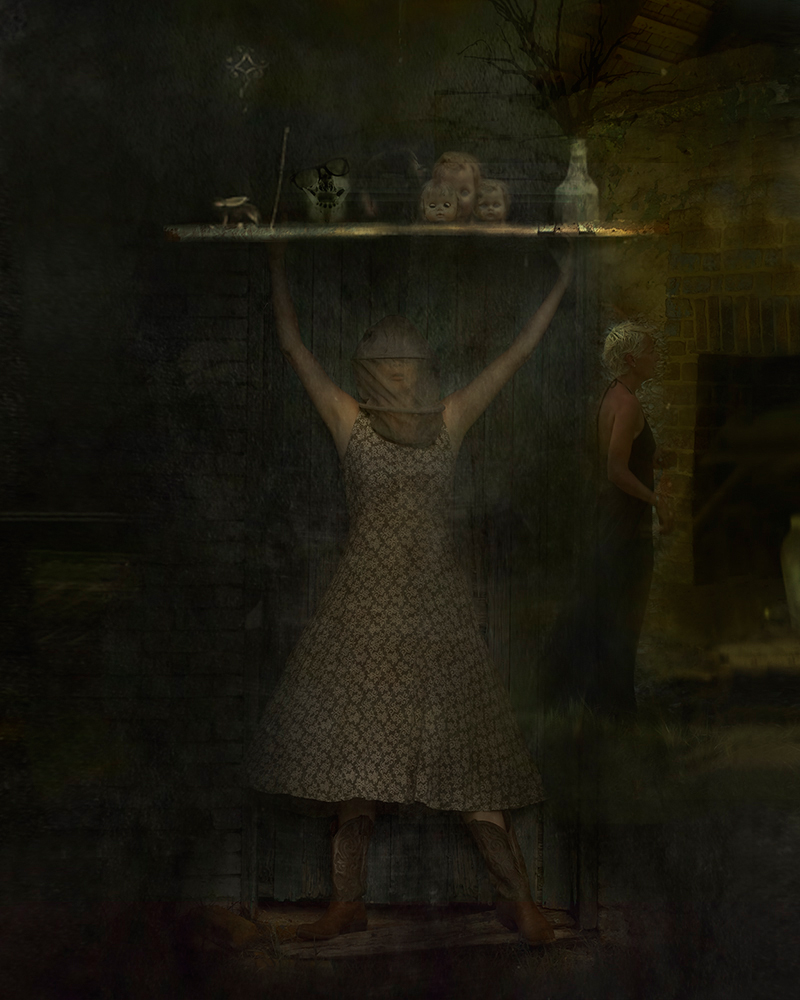 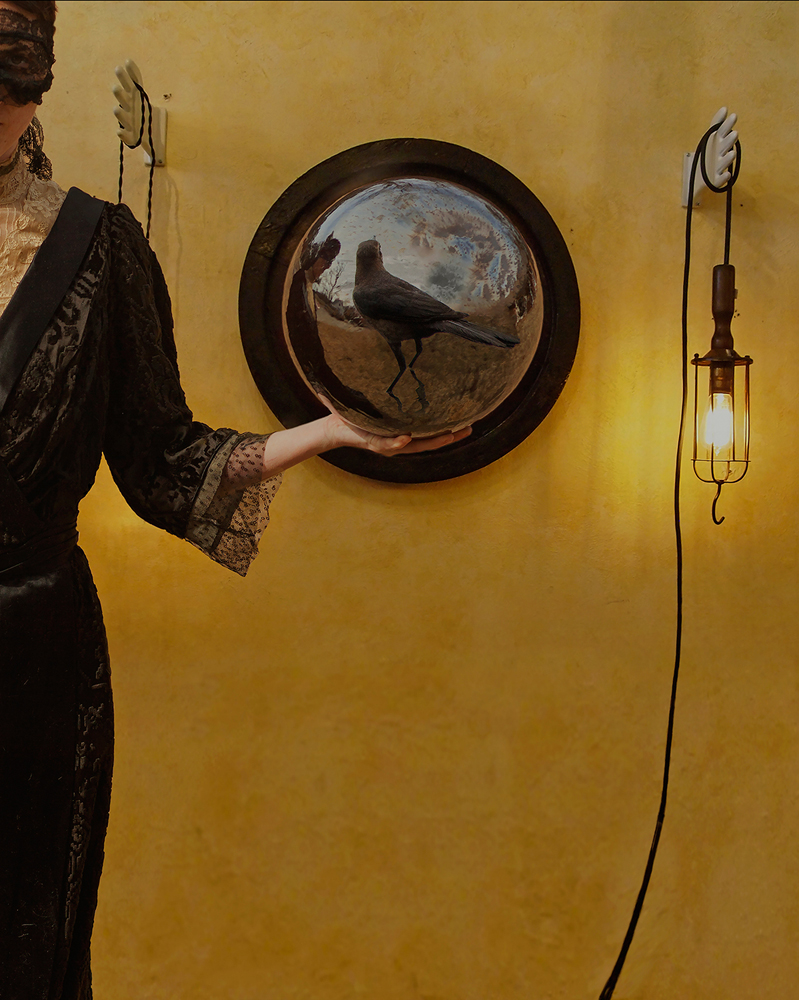 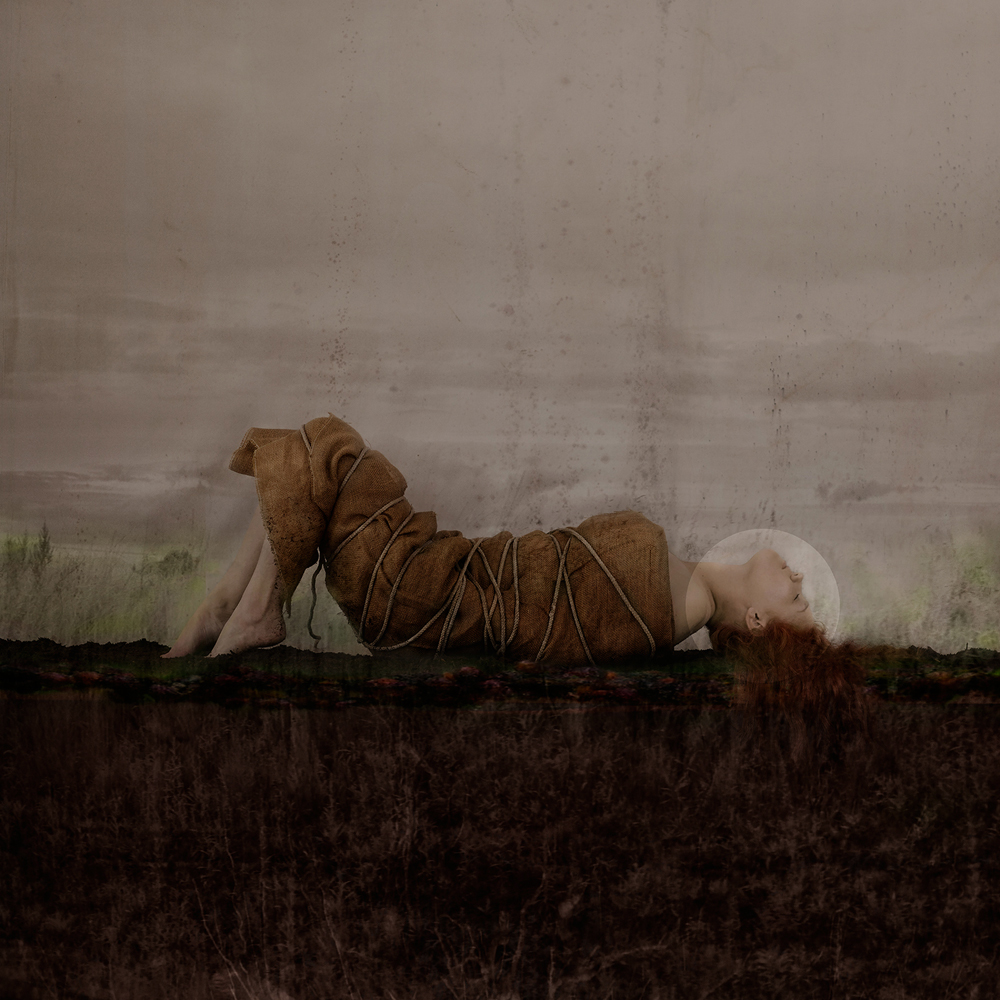 ©Anne George, The Binding Of Isaac 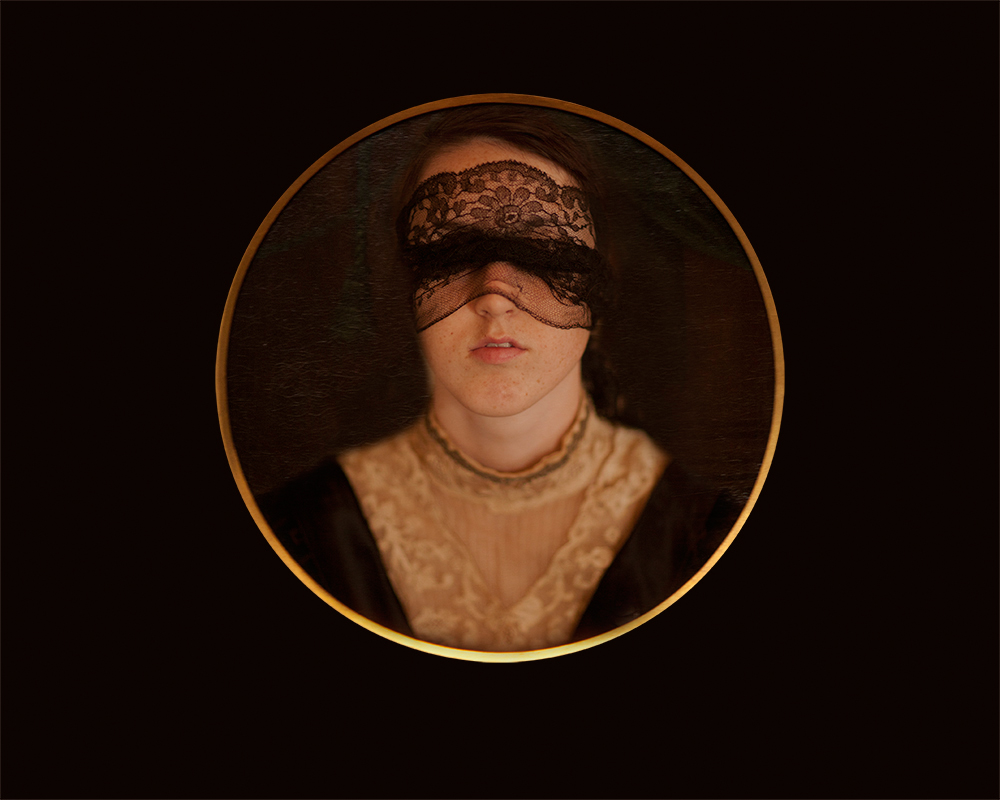 ©Anne George, The Process of Blinding 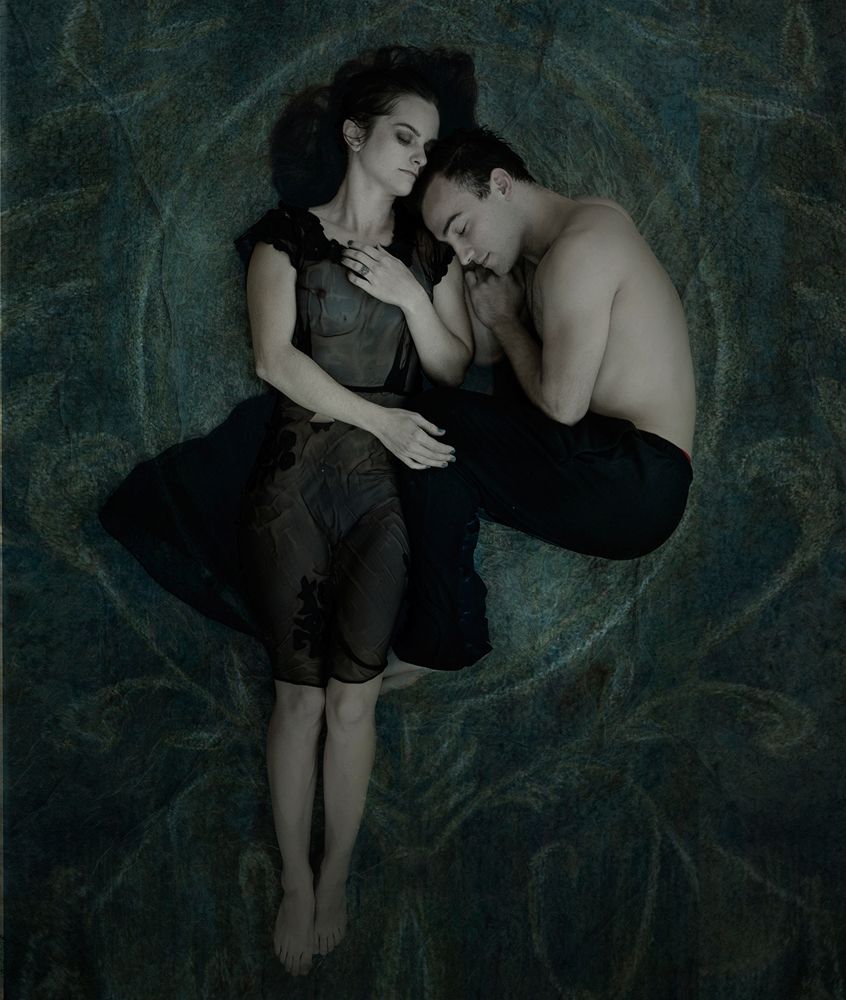 ©Anne George, The Measure Of Man 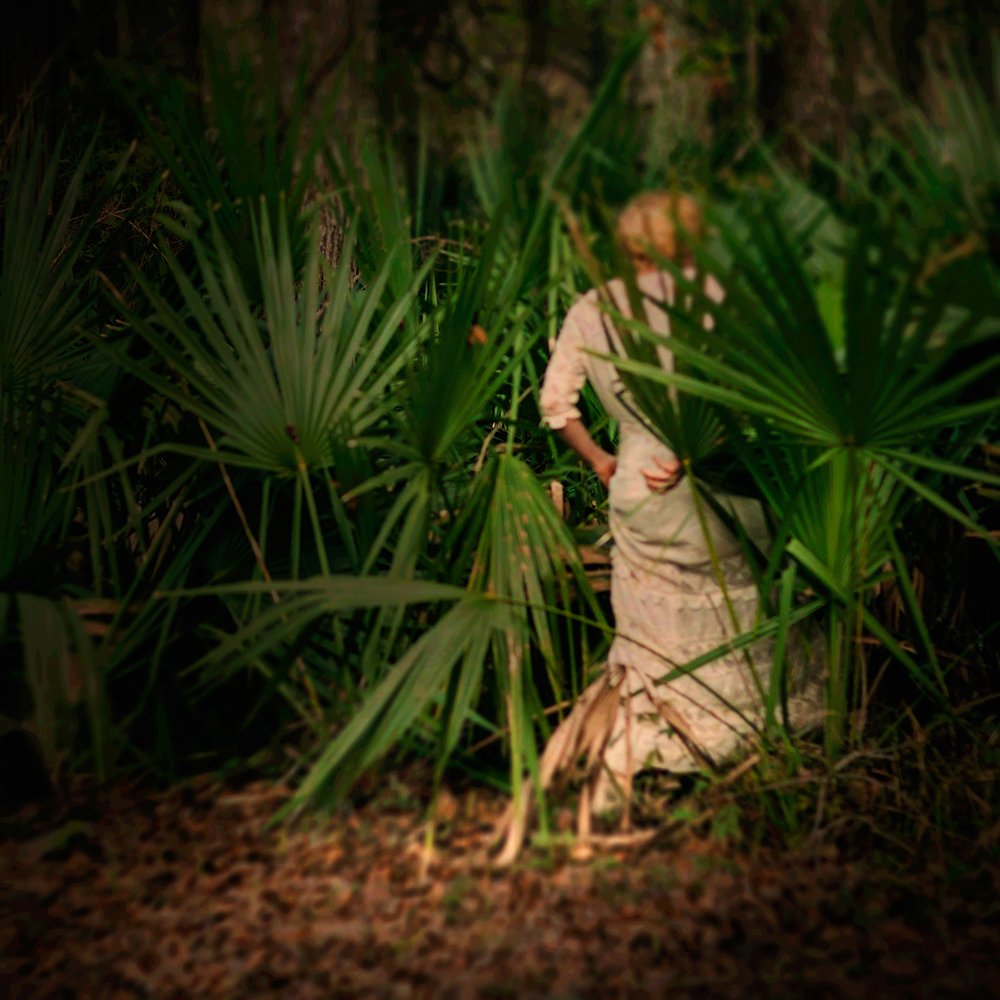 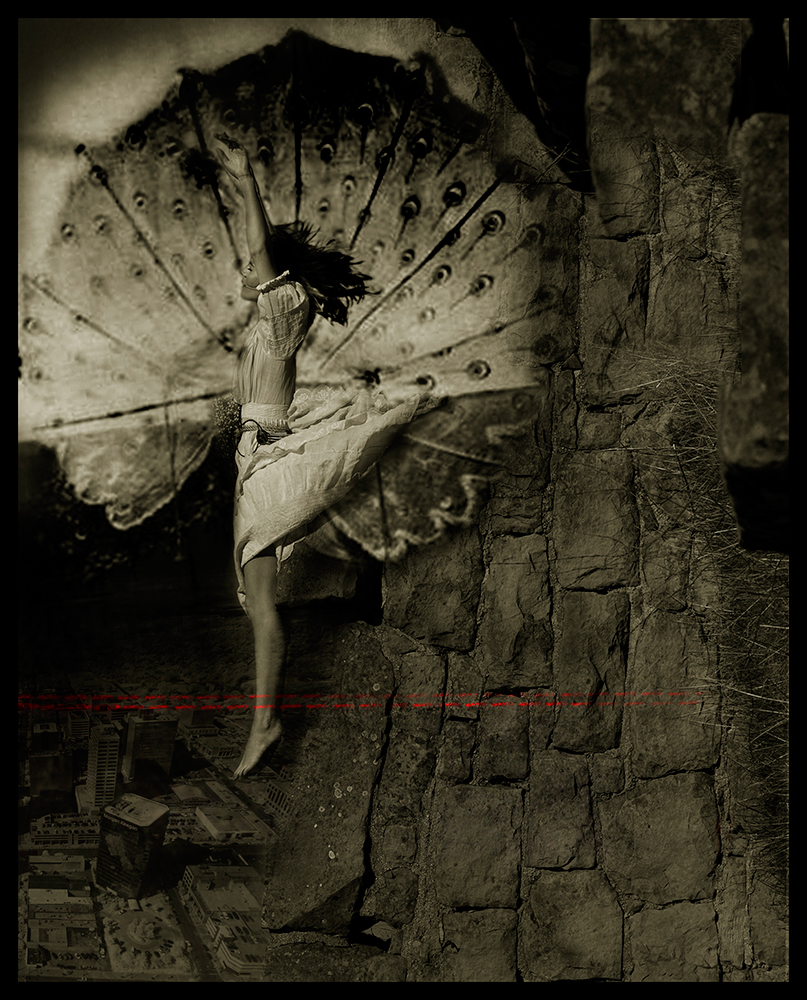