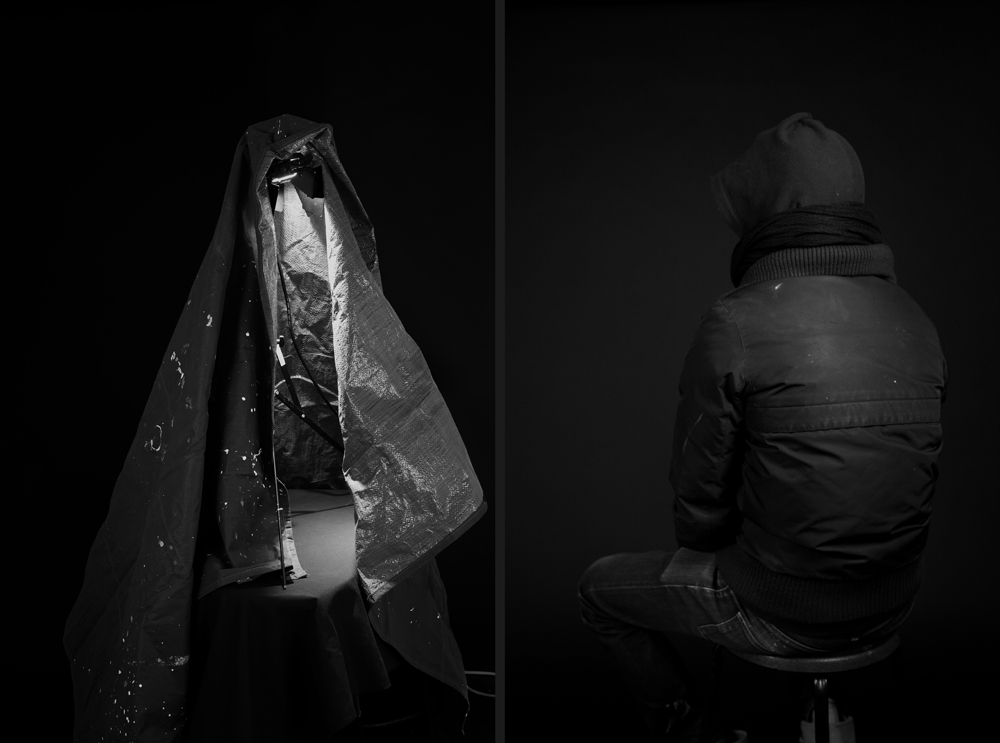 Jahi L. Sabater and I were classmates in the MFA program at Rutgers University’s Mason Gross School of the Arts in New Brunswick, NJ. While an undergraduate at Parsons, Jahi, a native of the Bronx, documented the Bronx River and the result was the self-published book, The Bronx River Project. His focus took a new direction while in graduate school at Rutgers. The first time I saw Jahi’s work I was struck by his beautiful, mysterious, sleek, and deeply meaningful images and I knew his approach to image making was unique and forward thinking. His work gives me a clear understanding and clarification of photography and its agency. His photographs greatly influenced my work during my time at Rutgers, and I see him as an inspiring older brother in many ways.

Jahi shares his experience as a black photographic artist:

As a photographer, and as an Artist, I believe it’s important to let my work be affected by all possibilities. My identity as a POC being one of them, but I’ve found Black identity in America to be based on both the seen and unseen. Blackness is celebrated and feared simultaneously. We are allowed to sing, run, dance and smile; but our voices go unheard when we demand equality and speak of injustices to our community. The two perceptions are in constant conflict with one another and can produce a certain level of obscurity. These ideas manifest in my work in relation to the concealed face. I often set visual restrictions for myself when making an image like concealing the identity of my models. My goal at times is to visually reimage this tension. Though the figure is concealed, their actions offer understanding. That clarity however always falls short due to shrouded figure.

Jahi L. Sabater (1979) received a BFA from Parsons, the new School for Design, and an MFA from Rutgers University. Jahi has exhibited in New York and New Jersey and has received numerous awards, including the Bovero Photo Prize, and the Artist in the Marketplace (AIM) at the Bronx Museum of Art in 2009. Jahi lives and works in Brooklyn, NY, and is an Adjunct Instructor at Middlesex County College in Edison NJ. 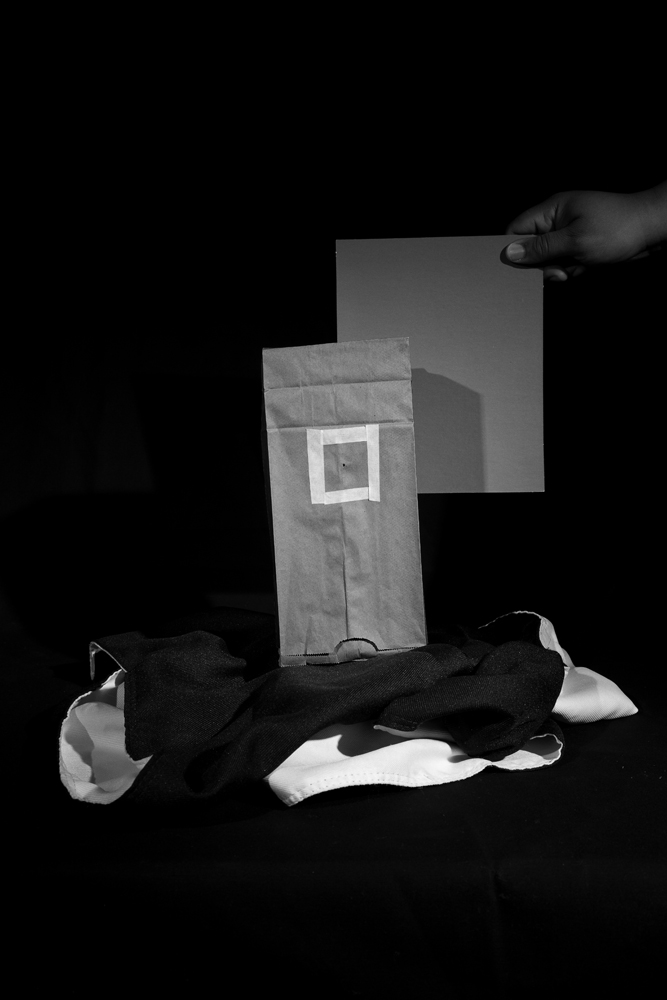 Central to my work is the exploration of perception and the uncanny. My studio practice involves delving into photography’s history while being influenced by music literature, art, and politics. My still lifes and portraits are often sourced from instructional books, fine art, newspaper and magazine photographs. My inquiry into photography’s history has allowed me to reflect on personal and cultural issues pertaining to class, gender, and race. 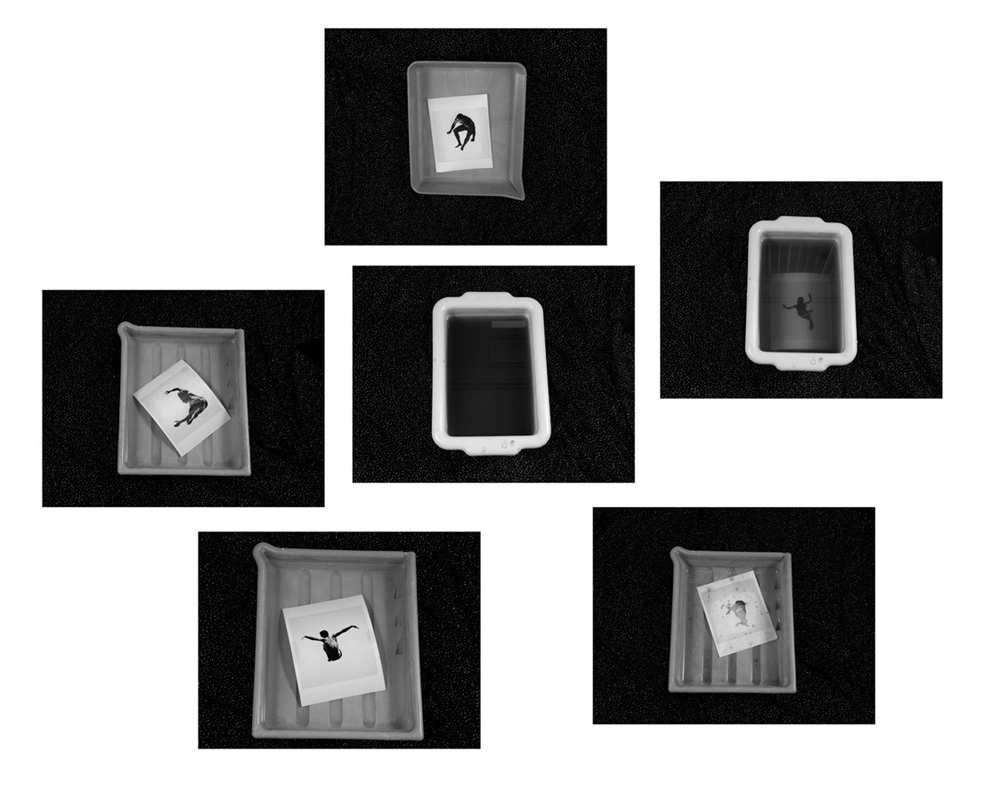 I look to photography’s early history as a starting point in my work. Certain movements in photography, like the surrealist and early modernist images, have been an area of interest. I have also explored early photographic processes and techniques; images from instructional photo books and vernacular photographs.  I never go in with a set plan or idea for making a body of work, allowing myself to be influenced by things beyond photography. In the photo A Conversation Between Two Familiar Fellows (Image #2), I developed an interest in the ways in which people conceal their identity in the media. I was drawn to the simple act of subjects turning their backs toward the camera. The gesture seemed practical- even instinctual. The hood became significant to the image and my work overall. Photographically, the hood is a tool to conceal and view light from within the apparatus. I draped a cloth over a studio light in order to replicate the gesture of the portrait. When both pictures were placed together, I discovered that light and identity became synonymous. This has become an important factor in my work as I continue to explore. 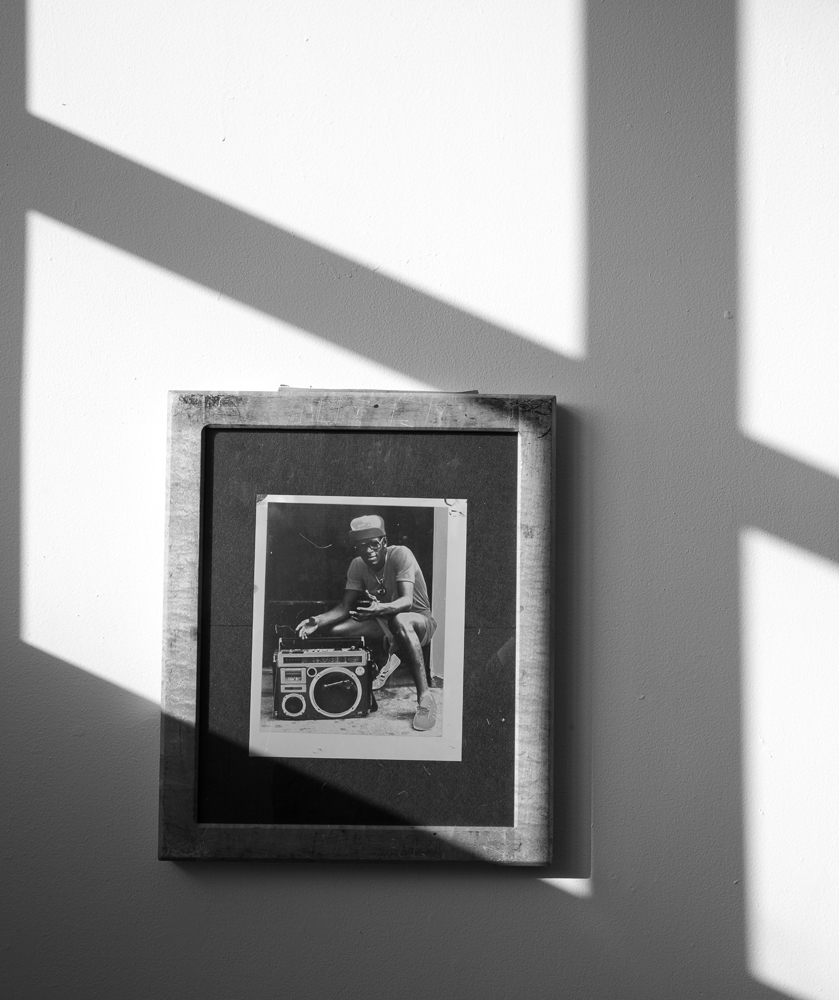 The color black is an embodiment of photography; a necessity to the darkroom and the studio, the space within the camera- between the shutter and the sensor, the dark space wherein light can be contained and possibly controlled.  A key concern within my work is the performativity aspect of a subject within the black space. I am drawn to the connection between black and the performance stage. My desire is for the black to function as a representation of a liminal space. Though I do not think of my work as liminal art, I am intrigued by the idea of black space being represented as threshold for multiple narratives- as one style or concept ends, another can begin. 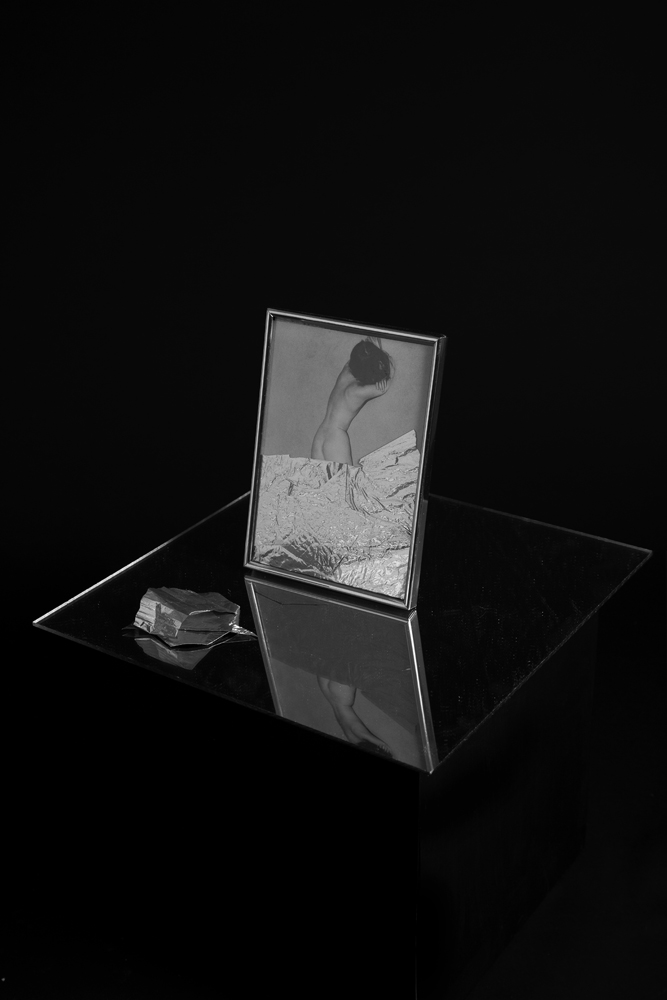 What I find interesting about this representation of the liminal space is the idea of ambiguity, or uncertainty.  Within an artistic context the viewer is confronted with ambiguity where there is an inherent need to for clarity. In the photo Readjustment Obscura (37th Chamber) – (Image#8), the subject is veiled and seated within a makeshift enclosure. Their back is toward the camera, and their identity is concealed from the viewer. It is unclear what the structure is, as well as the figure’s action. The viewer’s only option is to find clues within the image, and the title, to achieve understanding. Although I do give hints as to the explanation of the image, I am not completely interested in someone finding an absolute answer.  The photo is based on an etching made in the late 19th century of a camera obscura. The structure has a loose connection to the apparatus, and the material used to create the obscura are all photo based. The model’s gesture is designed to be unclear, supporting my interest in the liminal space as metaphor. 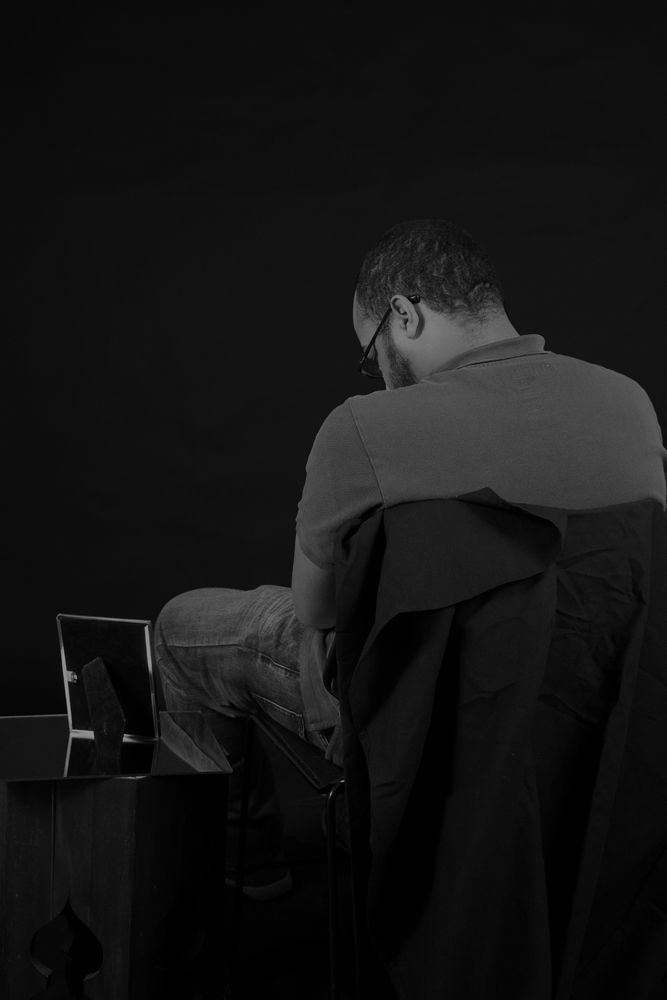 Though physically varying, the studio and the stage have similar structural relationships between subject and viewer; the photographer or printer acts as witness to the making and developing of the photograph, and a member of a stage audience as witness to the finalized image or performance. My intention is to connect the two, and offer a space for figures and sculptures to emerge and demonstrate sometimes-vague notions of photography’s history- though, never accurately and in no chronological order. 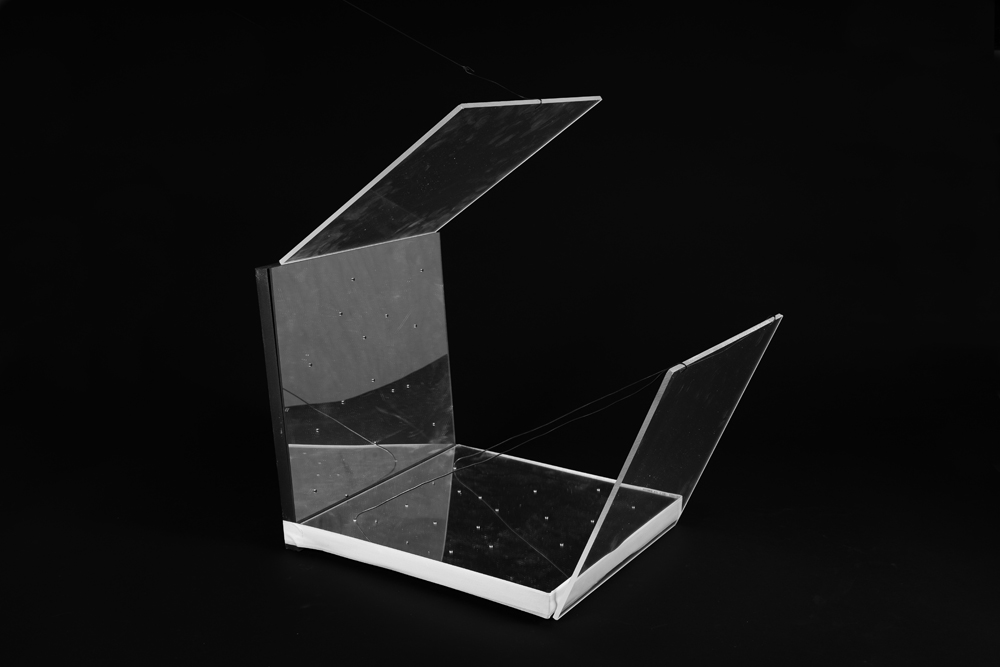 The unification of my interests in photography, traditional and surreal definitions of social norms, and the negotiations between subject and cultural identity started with the brown paper bag. Initially my interest in the bag was purely as a placeholder for the image. I decided to transform the bag into nonfunctional pinhole cameras as a way to maintain ambiguity in my images. Later, my research revealed the brown paper bag’s ties to colorism.  I decided to make a series of images called The Paper Bag Party Test (Images #1,3&4). In these images I am conducting tests, so to speak, on the non-functioning camera. The bag is probed, analyzed, calibrated and placed through a series of irrational processes. 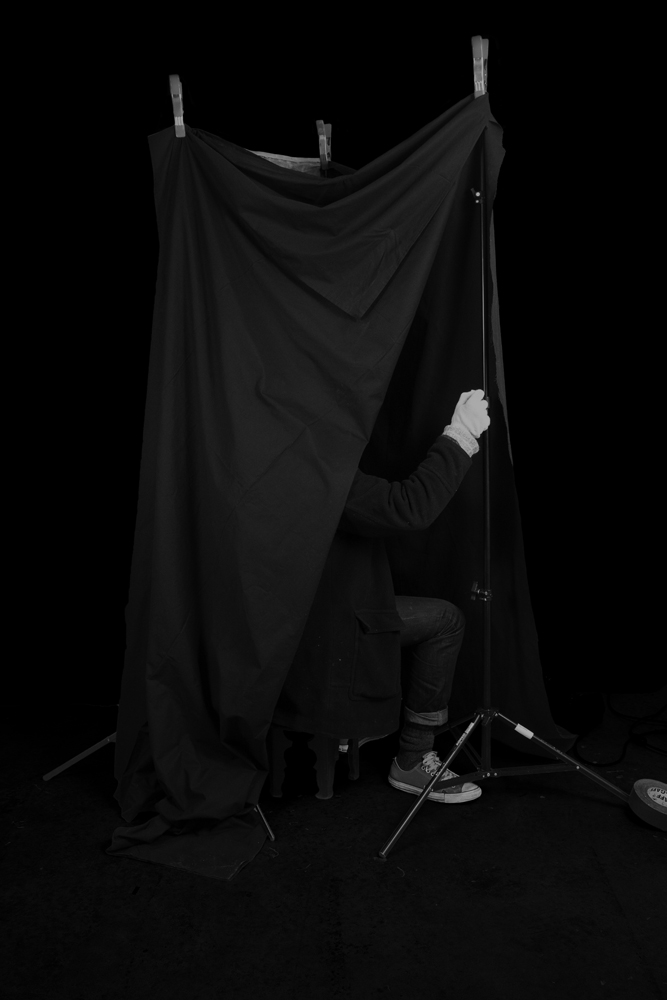 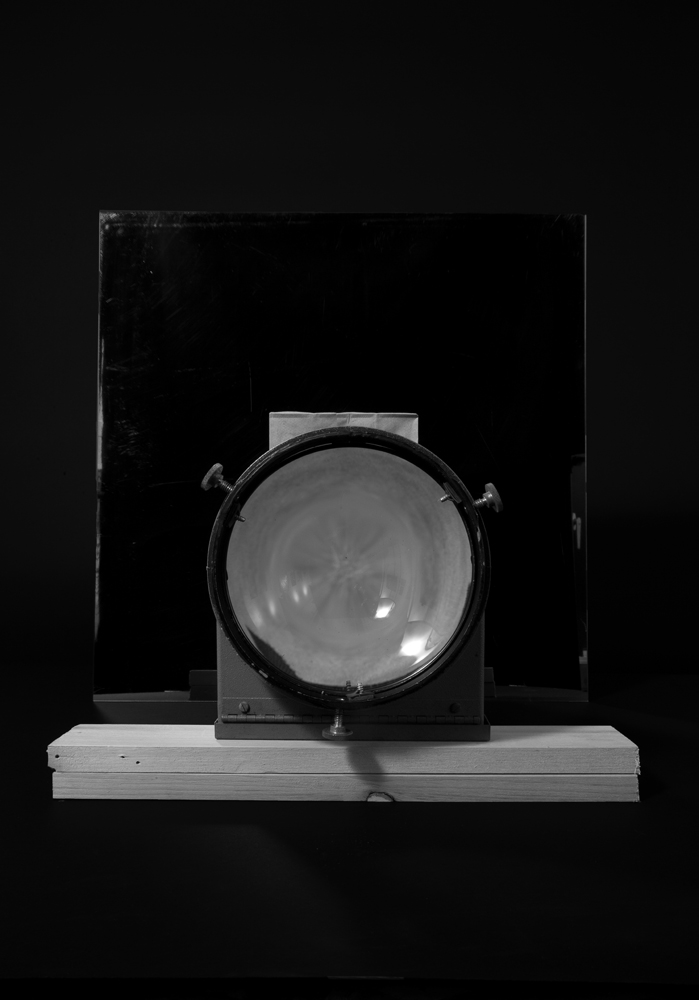 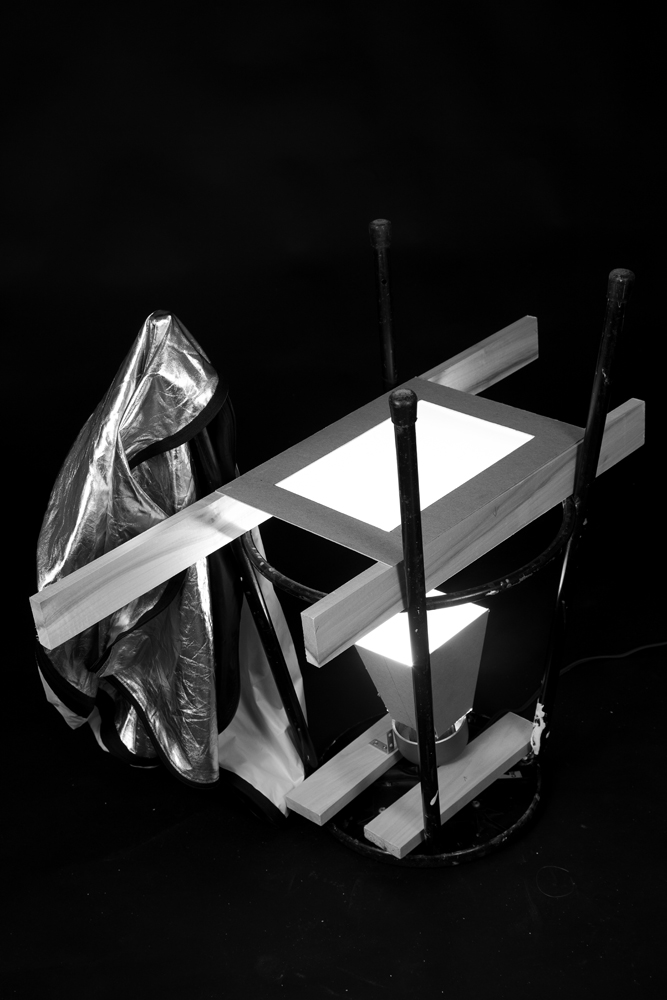 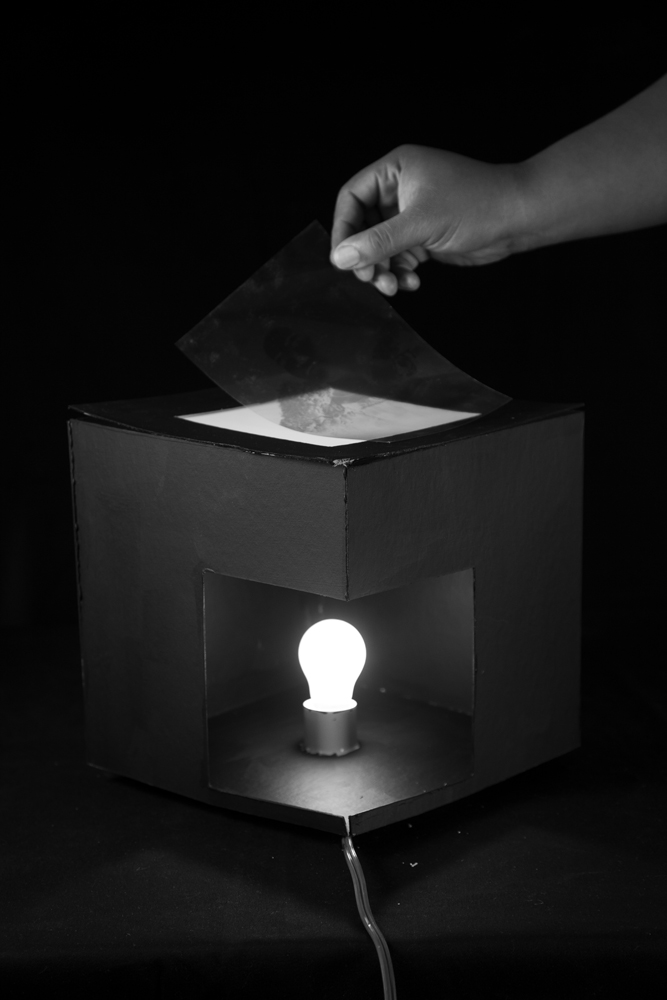 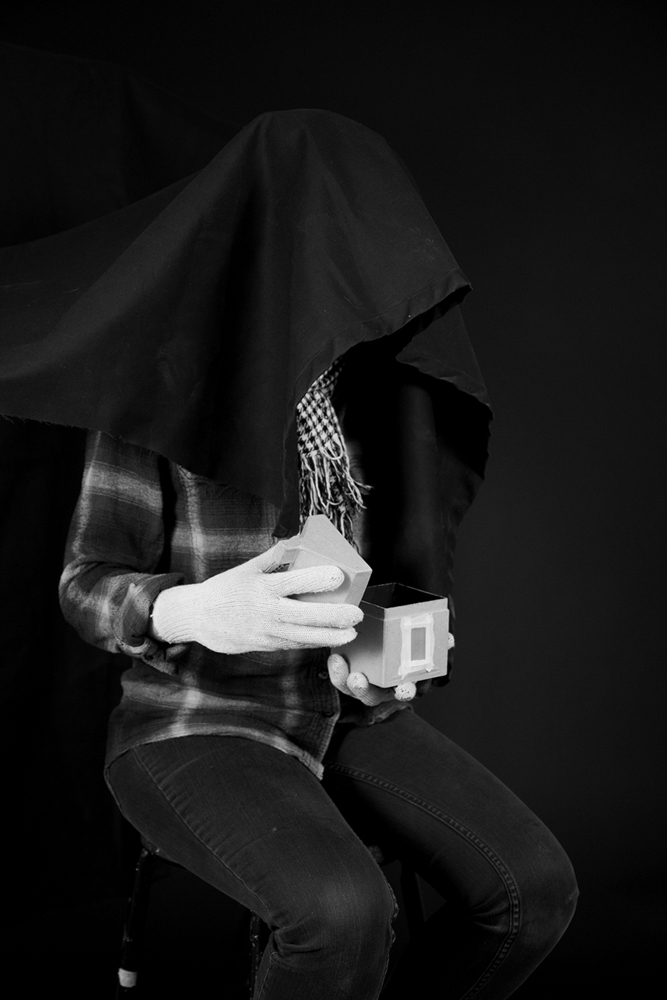