Susan Worsham: By The Grace Of God by Aline SmithsonJanuary 7, 2017 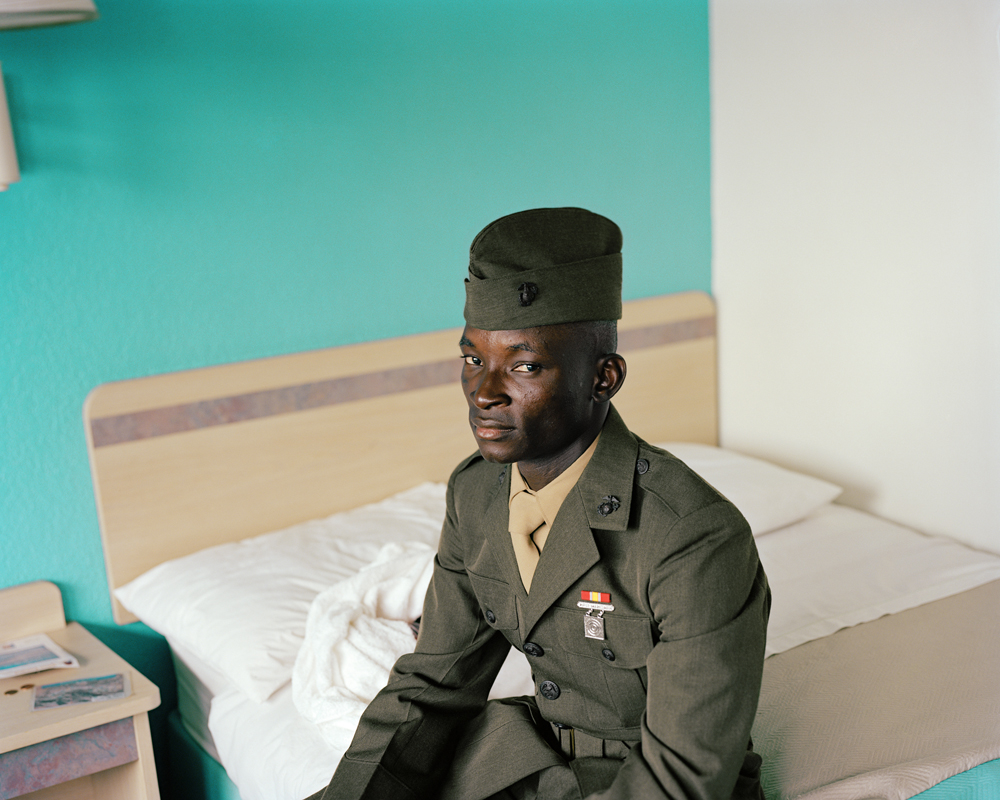 These portraits represent a connecting point where two separate paths cross in the road and make something beautiful together that they could not have done without the other. For me these pictures become the proof of that moment and that beauty existed in it. – Susan Worsham

I have to admit I let out a whoop when I received an e-mail from Candela Gallery in Richmond, Virginia with news that they were going to present Susan Worsham’s project By The Grace of God in a new exhibition.  Not only has the project been a long time favorite of mine, I also happen to think her statement is pretty close to perfection. And more importantly,  it’s time to shine a brighter light on this wonderful image maker. Her exhibition at Candela runs through February 18th.

Candela Gallery states: Over the past nine-years, Susan Worsham has let curiosity and a sense of nostalgia guide her, traveling quiet roads, to warmly lit places, engaging with people she meets along the way.  Her portraits illustrate collaborative reflections of fleeting moments shared between strangers.  Images of backyards, shrouded by overgrowth, lush with vivid color are rich with a deeper truth.  Dated facades, blanketed by dust, are each a chronicle of time’s passage.  Worsham‘s work often serves as metaphor for her own life experiences.

Through brief encounters, Worsham rediscovers the rusting edges of her own southern childhood.  The photographs delicately impart a sense of intimacy, and enigmatic symbolism.  The experience of this exhibition will be inimitable, poetic and deeply personal, drawing inspiration in equal parts from the artist’s memories of family, from the southern landscape, and from the commingled confusion of sadness and beauty. 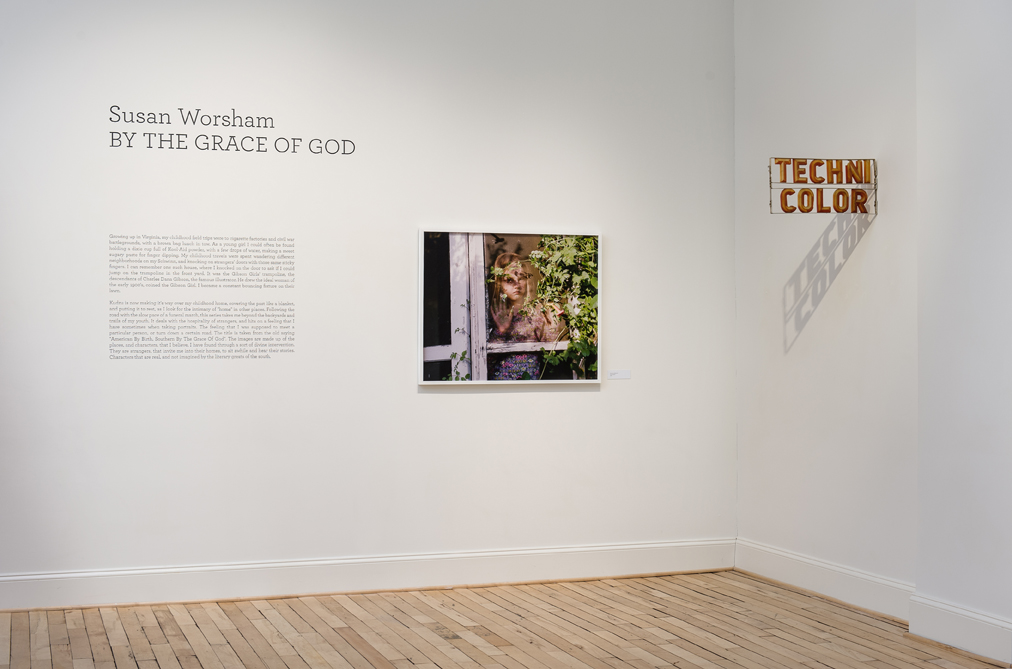 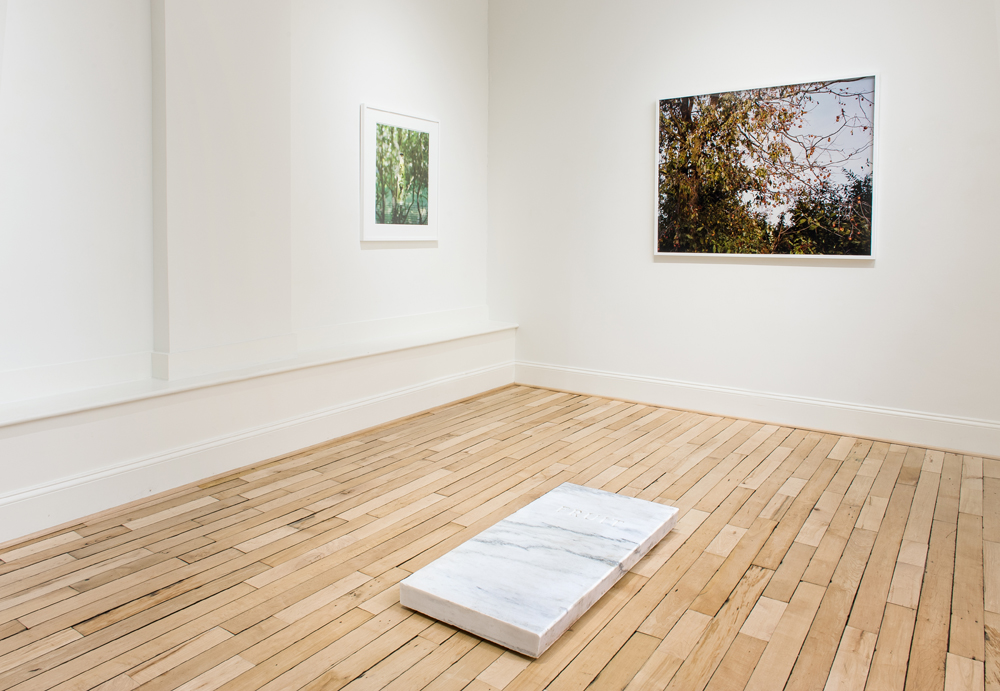 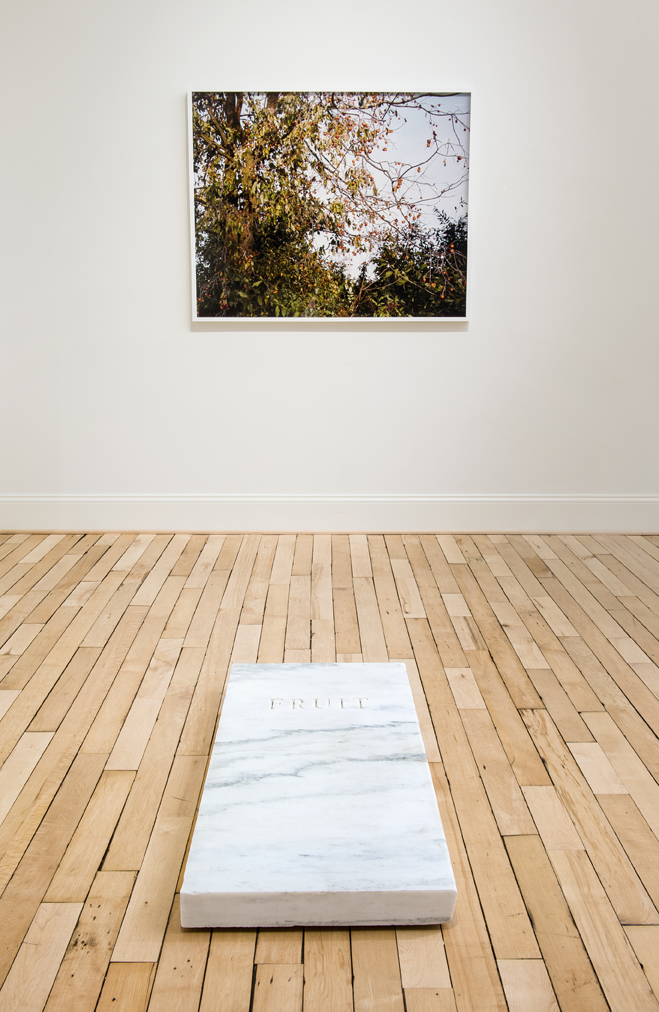 Susan Worsham was born in Richmond, Virginia. She took her first photography class while studying graphic design in college. In 2009 Susan was nominated for the Santa Fe Prize For Photography, and her book “Some Fox Trails In Virginia” won first runner up in the fine art category of the Blurb Photography Book Now International Competition. In 2010 Susan was awarded the first TMC / Kodak Film Grant, and was an artist in residence at Light Work in Syracuse, New York. Her work is held in private collections, and has been exhibited at the Corcoran Museum during FotoWeek D.C, The Photographic Center Northwest, Dean Jensen Gallery, and most recently at the Danville Museum in Virginia. Susan was named one of PDN’s 30 Emerging Photographers To Watch in 2011. 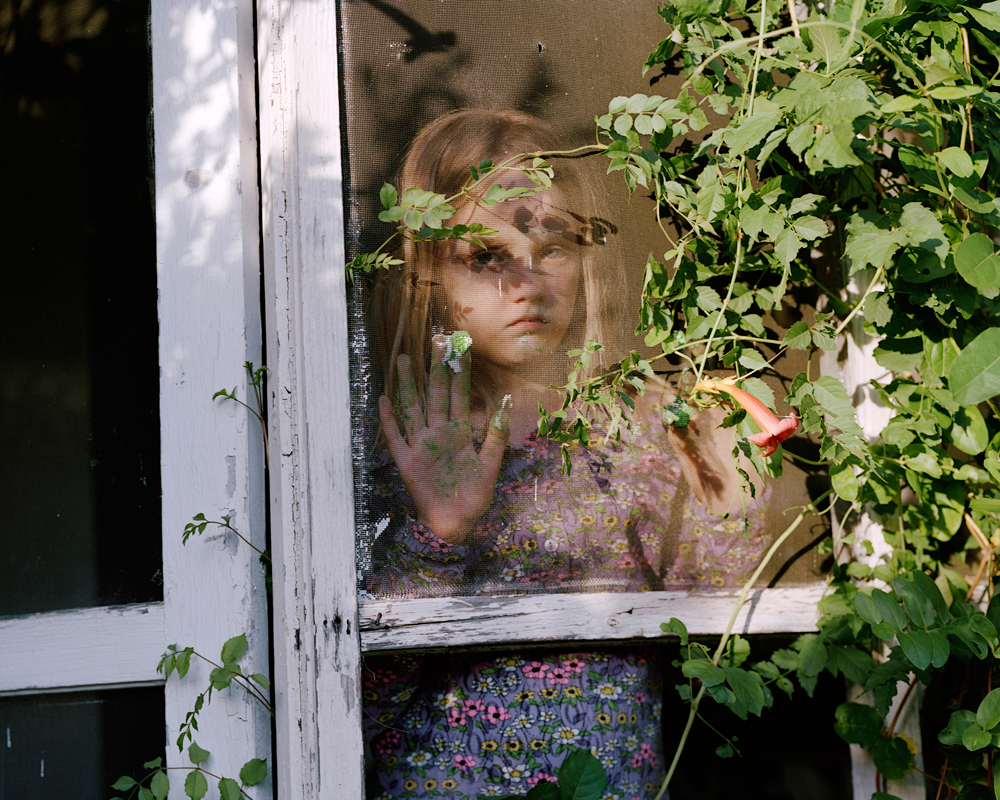 By the Grace of God

Growing up in Virginia, my childhood field trips were to cigarette factories and civil war battlegrounds, with a brown bag lunch in tow. As a young girl I could often be found holding a dixie cup full of Kool-Aid powder, with a few drops of water, making a sweet sugary paste for finger dipping. My childhood travels were spent wandering different neighborhoods on my Schwinn, and knocking on strangers’ doors with those same sticky fingers. I can remember one such house, where I knocked on the door to ask if I could jump on the trampoline in the front yard. It was the Gibson Girls’ trampoline, the descendants of Charles Dana Gibson, the famous illustrator. He drew the ideal woman of the early 1900’s, coined the Gibson Girl. I became a constant bouncing fixture on their lawn.

Kudzu is now making it’s way over my childhood home, covering the past like a blanket, and putting it to rest, as I look for the intimacy of “home” in other places. Following the road with the slow pace of a funeral march, this series takes me beyond the backyards and trails of my youth. It deals with the hospitality of strangers, and hits on a feeling that I have sometimes when taking portraits. The feeling that I was supposed to meet a particular person, or turn down a certain road. The title is taken from the old saying “American By Birth, Southern By The Grace Of God”. The images are made up of the places, and characters, that I believe, I have found through a sort of divine intervention. They are strangers, that invite me into their homes, to sit awhile and hear their stories. Characters that are real, and not imagined by the literary greats of the south. – Susan Worsham 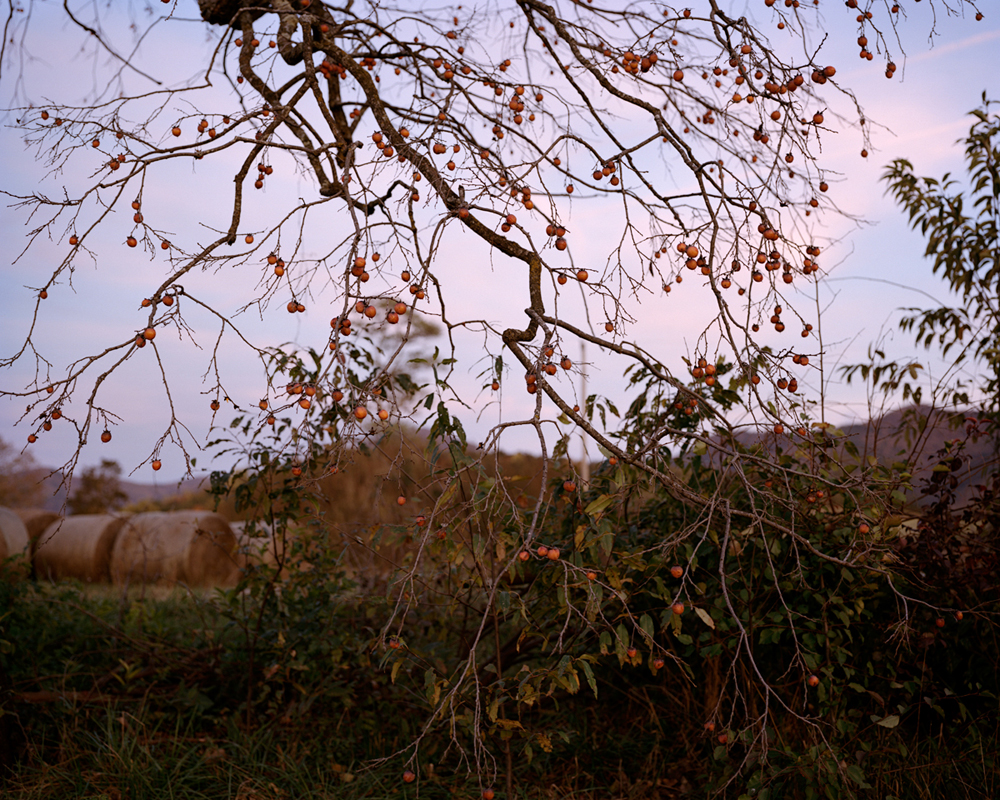 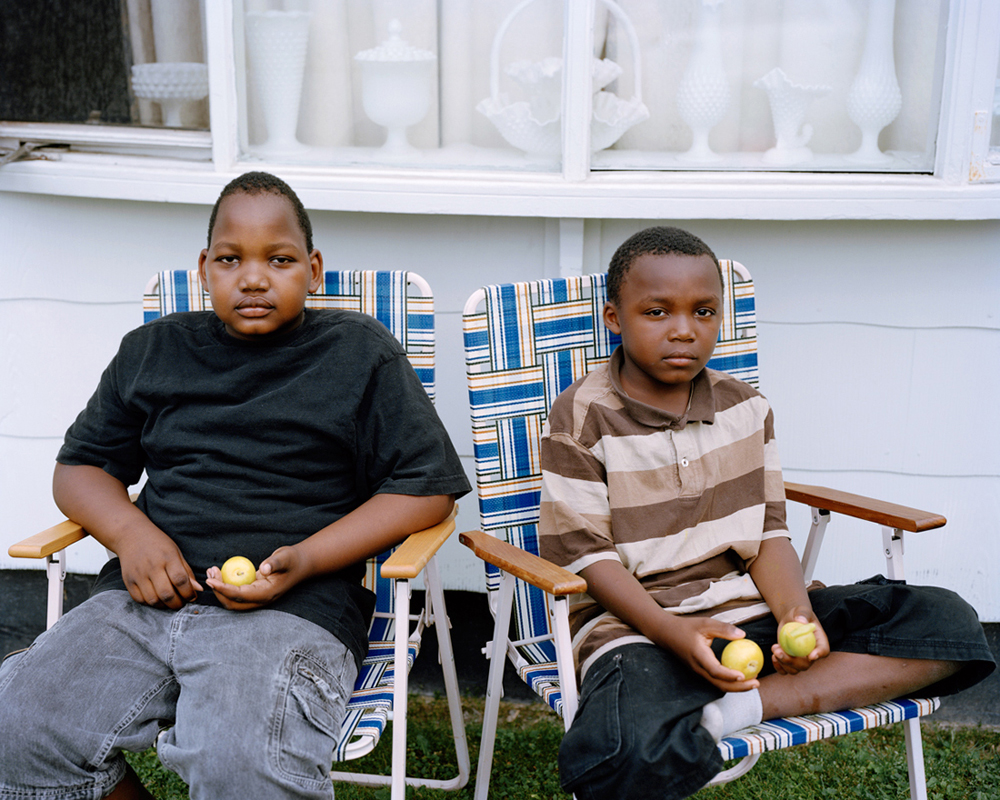 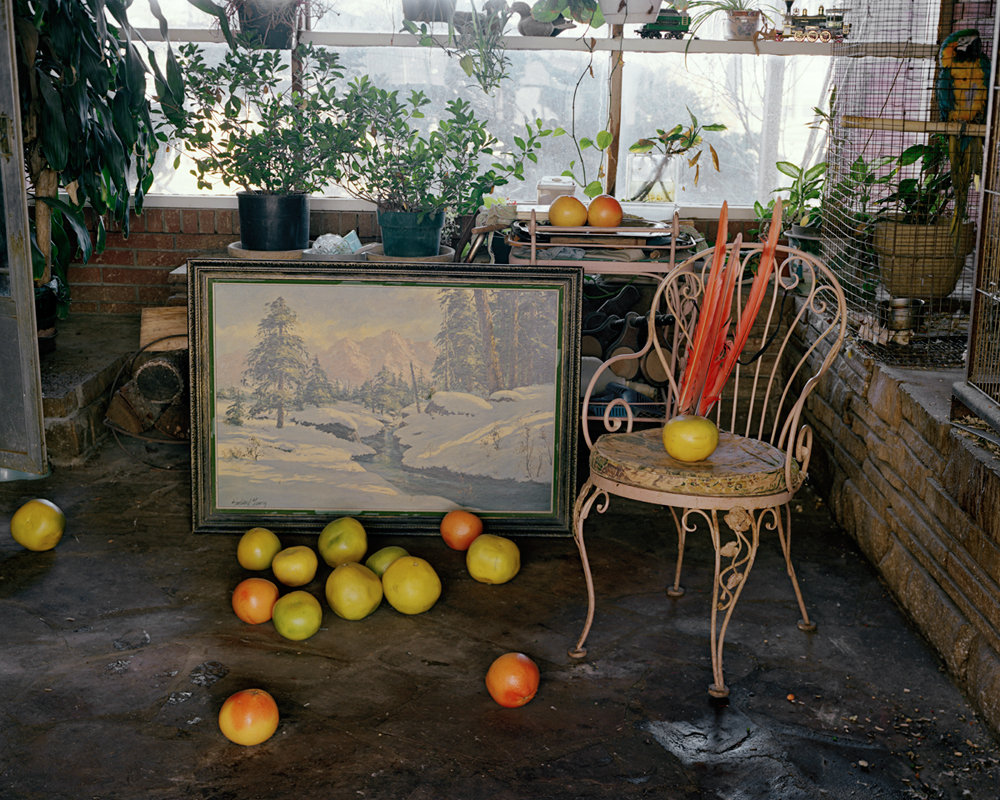 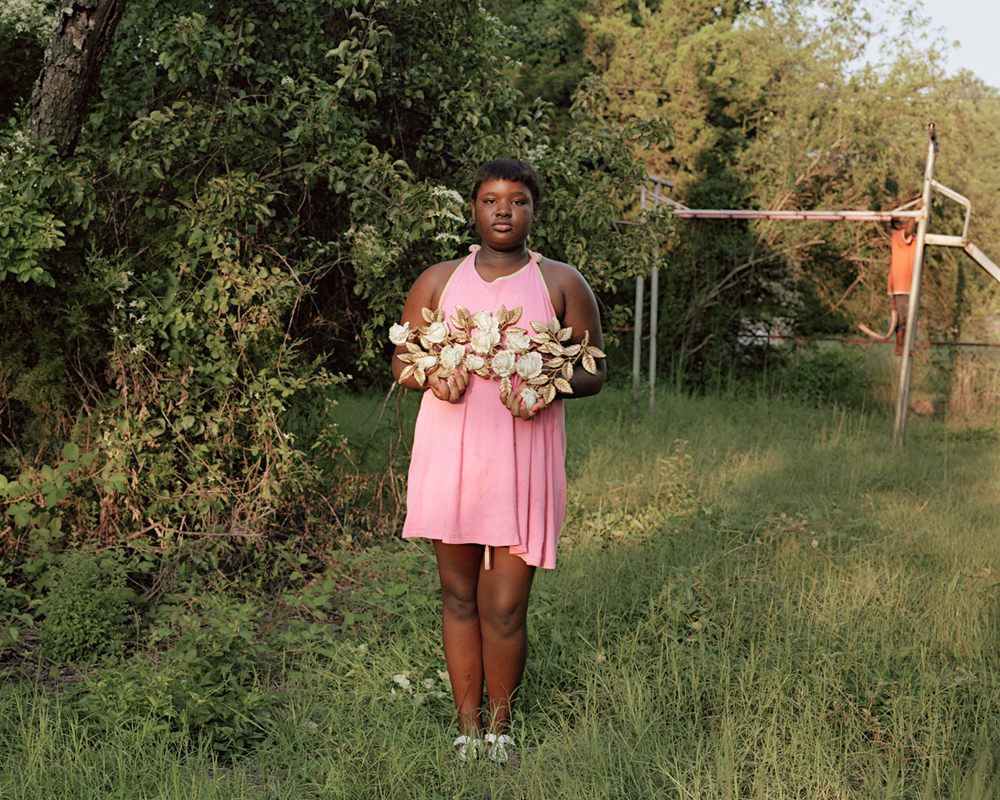 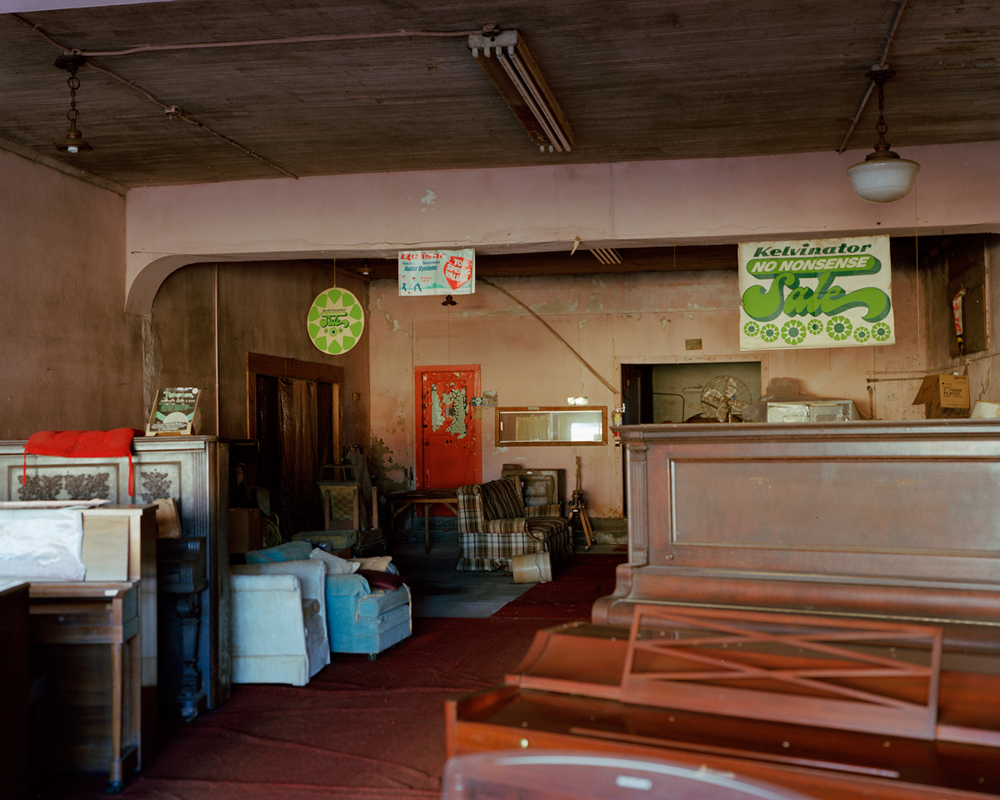 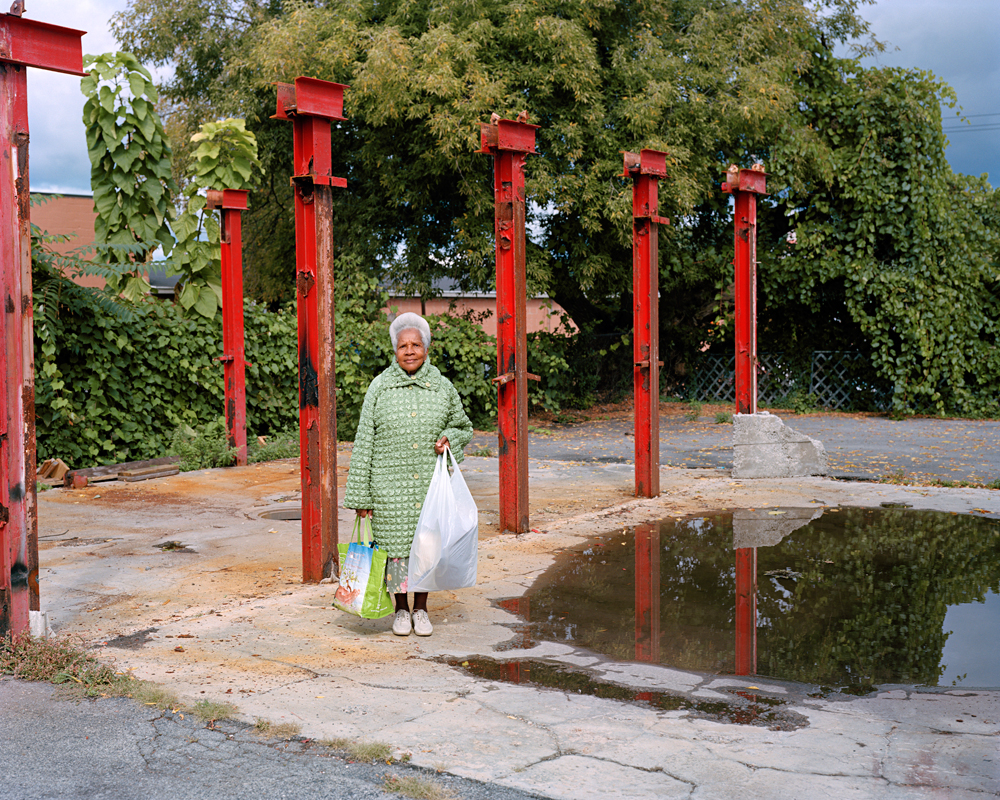 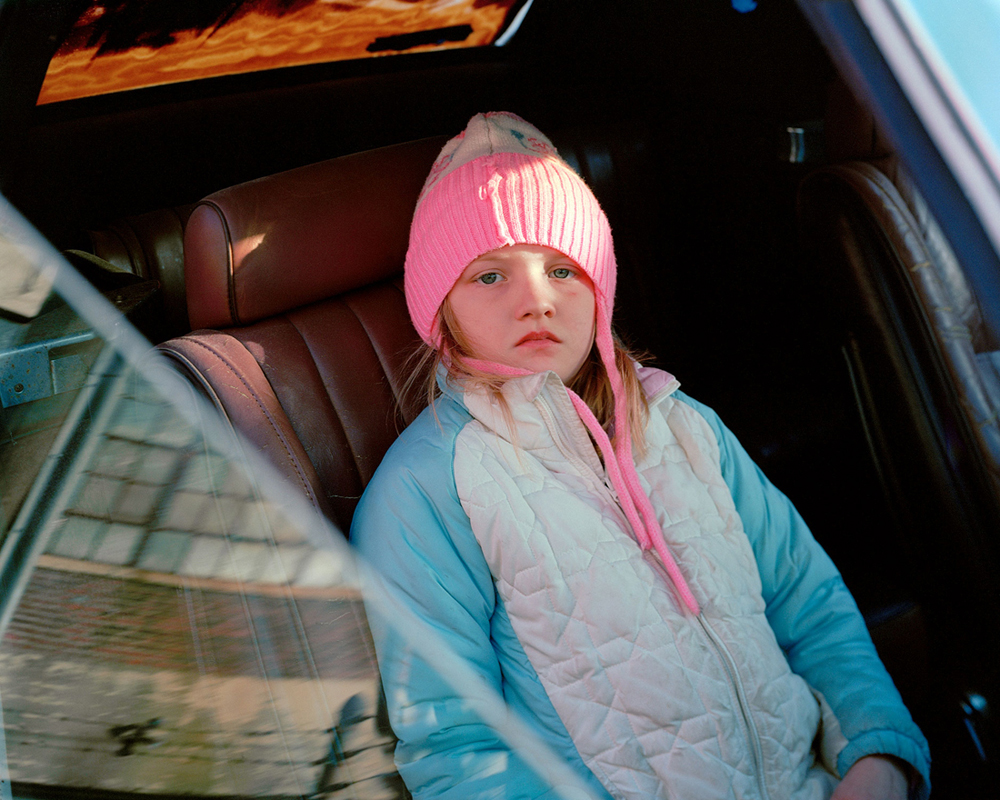 ©Susan Worsham, Georgia, The Day After the Family Dog Died , 2013 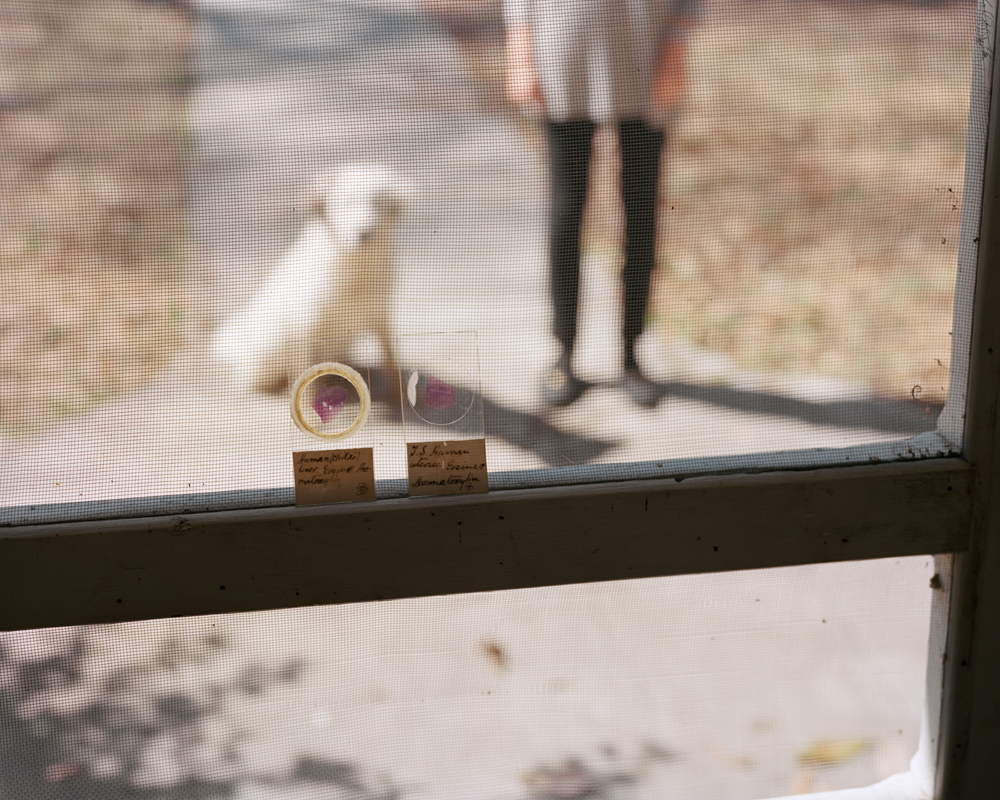 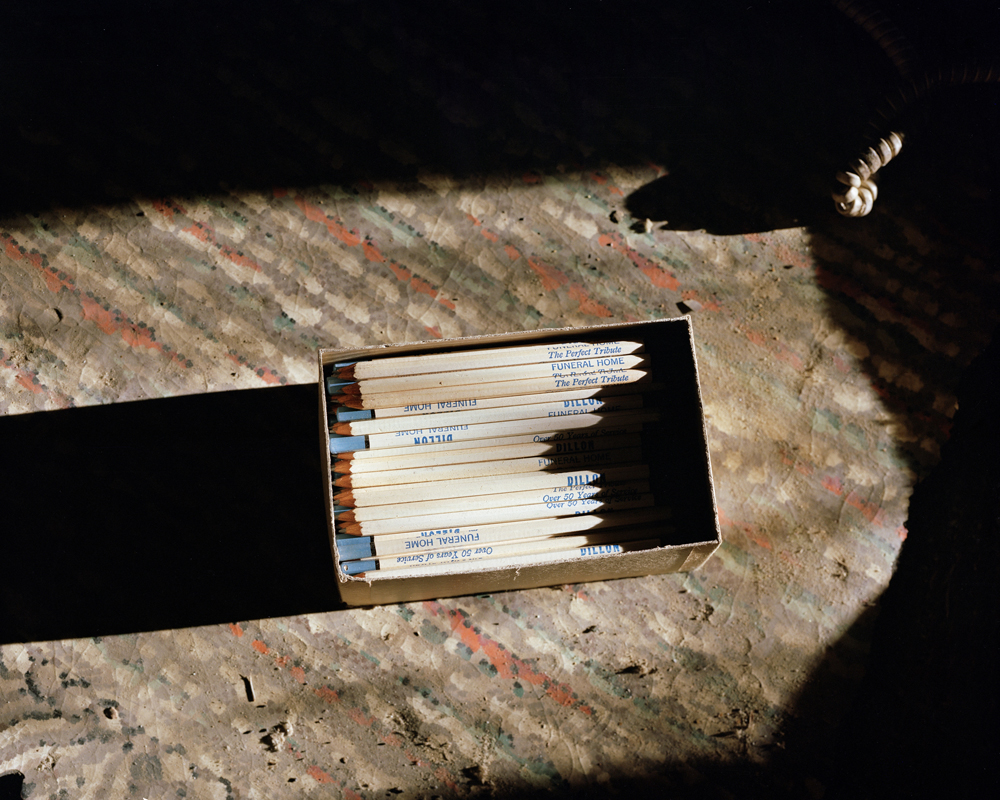 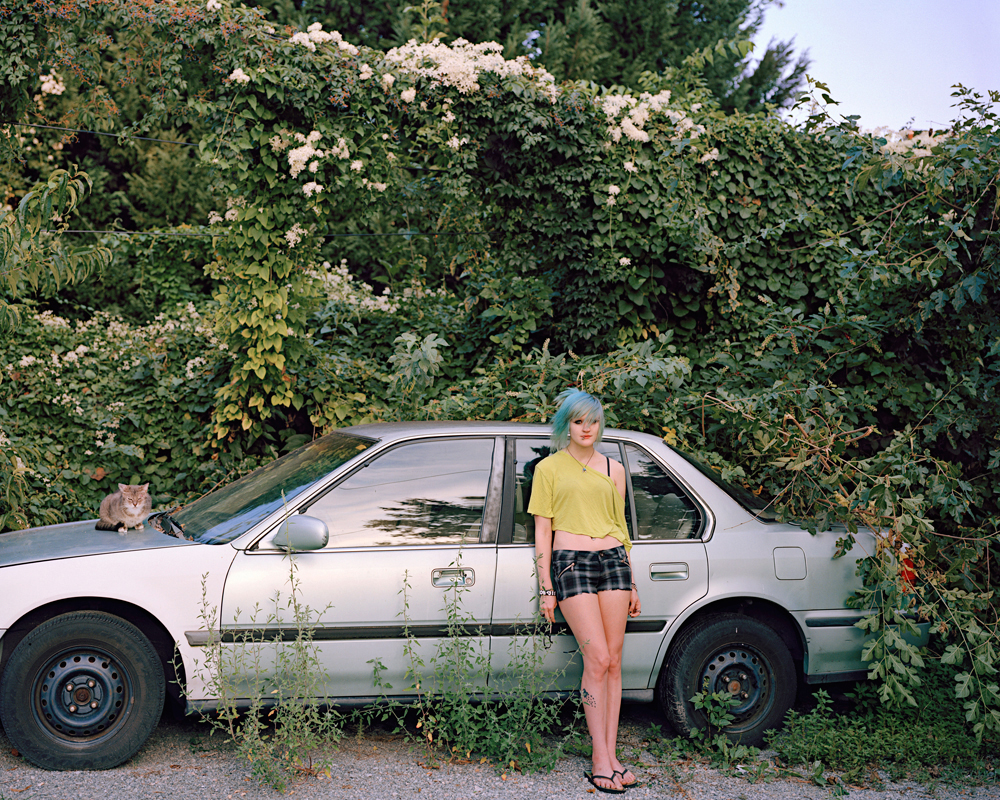 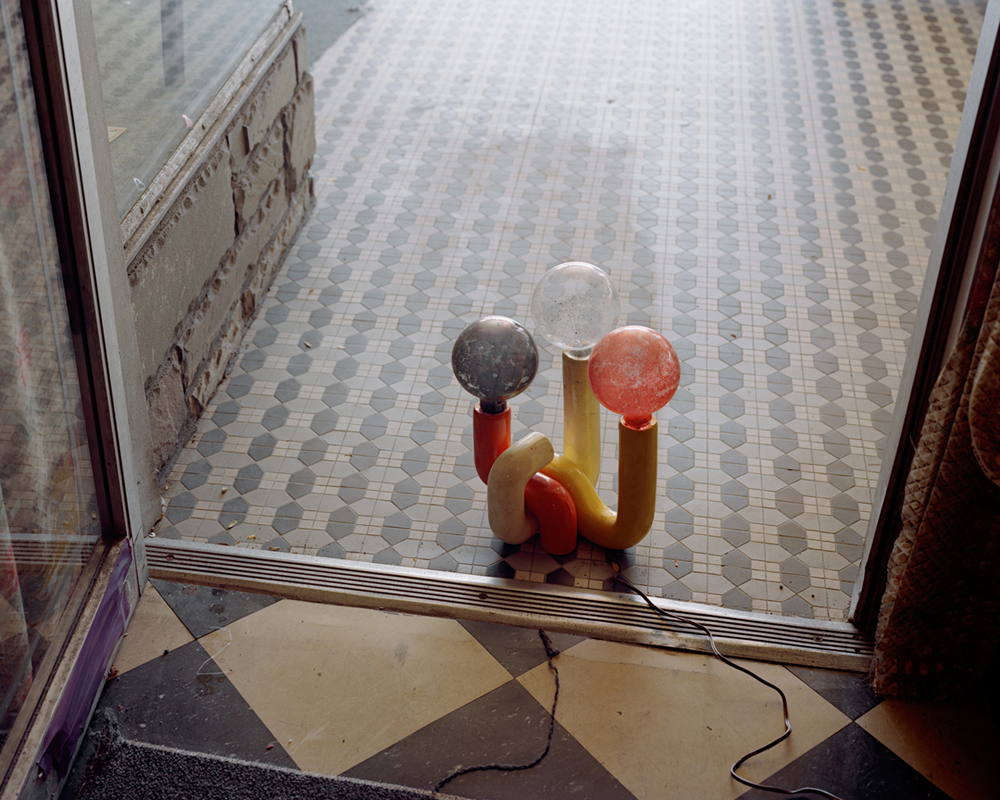 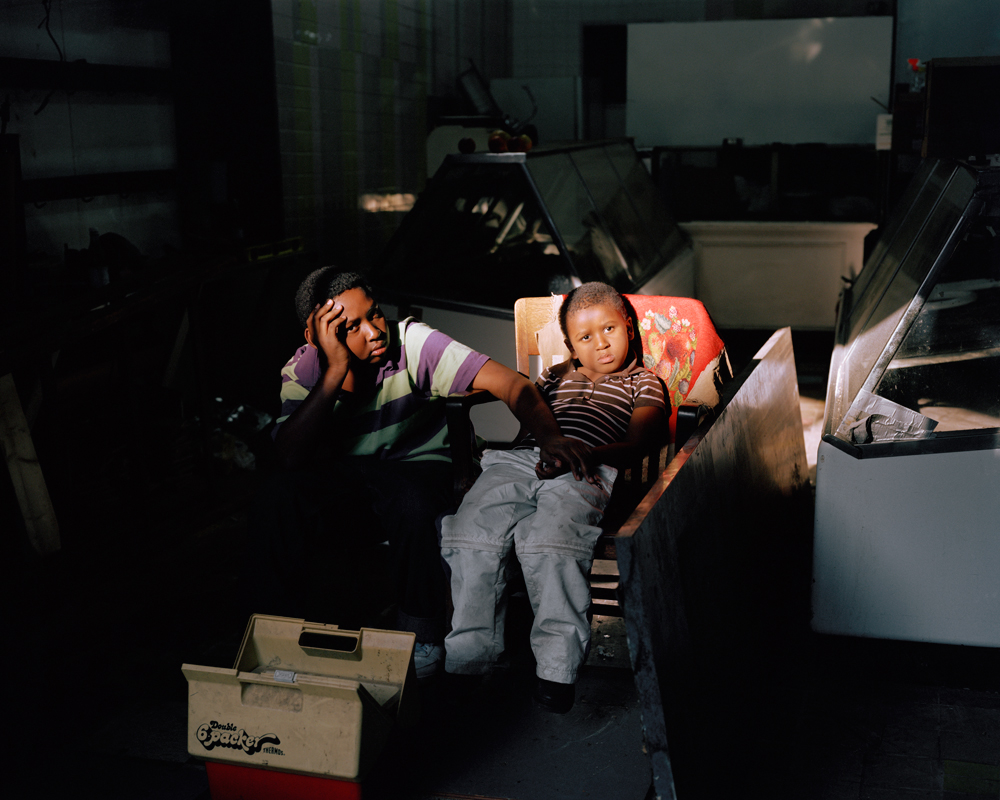 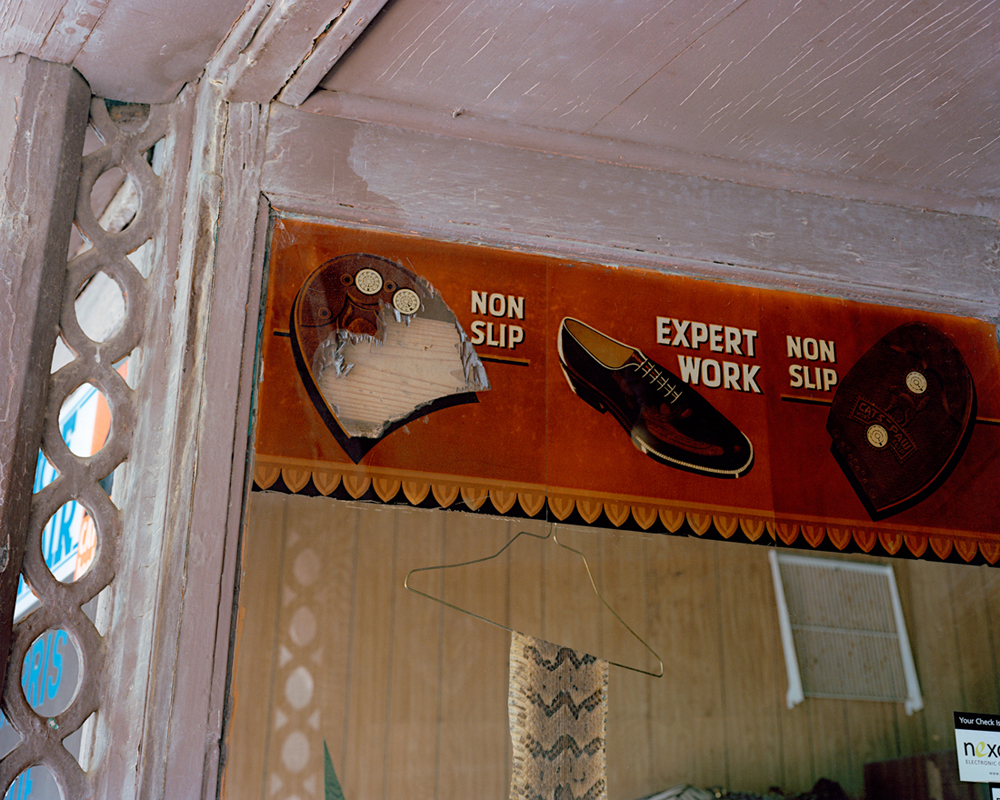 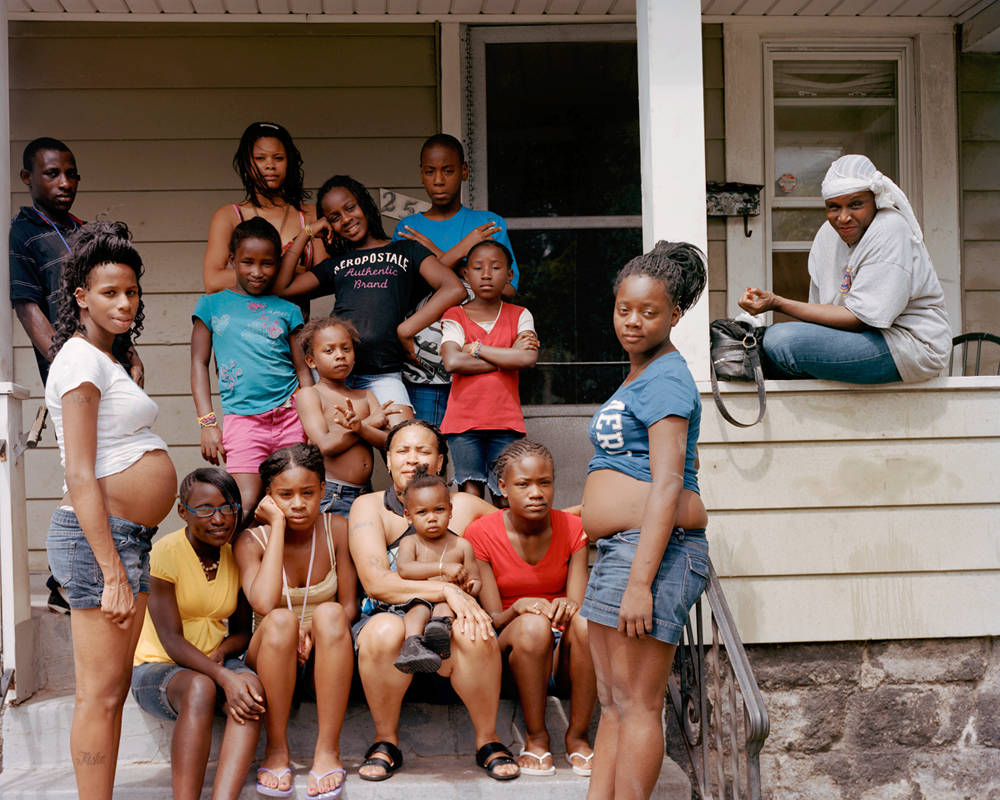