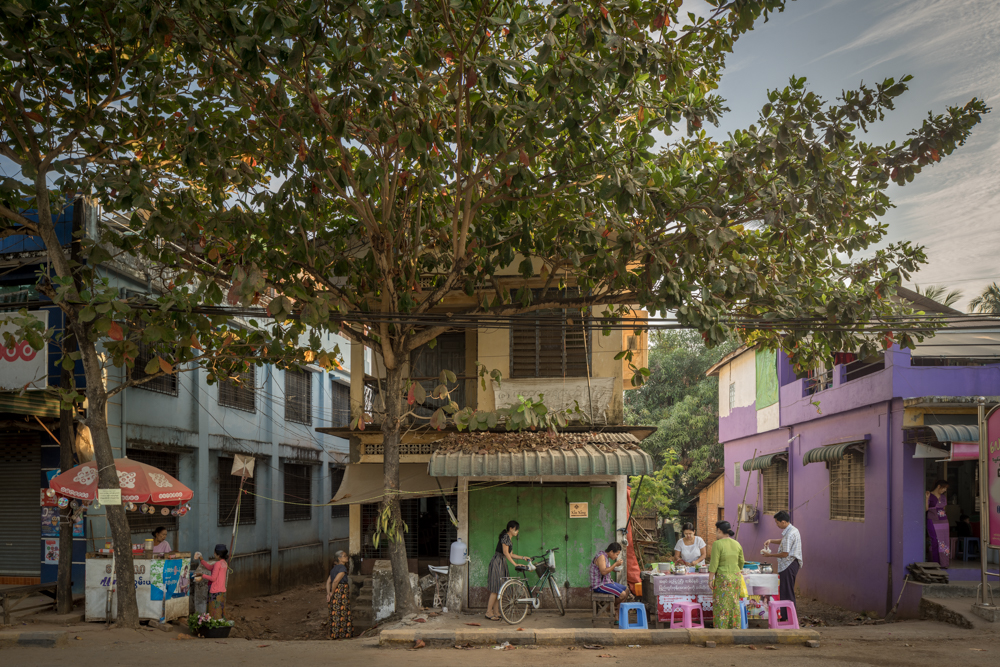 As a photographer, the hardest part of traveling to places unfamiliar is to create a project that is unique, artful, and cohesive in a short amount of time. So much travel photography reveals what is simply in front of the lens–the shiny objects of foreign cultures. When I met with photographer Eric William West at Photolucida, I was immediately drawn to his capture of places around the world, each destination photographed in a similar way: as an elegant and cinematic tableau of place. These expansive portraits of different cities and cultures (see his website for more) are filled with details, juxtapositions of old and new, and the small stories of everyday life. The work feels painterly and delicate, and the large scale prints seen in person feel almost like hand-tinted backdrops for the greatest theater production of all: real life.

Eric West (b. 1981) is a photographer based in New York City. He received his BA in Music from Hamilton College in 2004. He was a finalist in Photolucida’s 2015 and 2016 Critical Mass competition and his work was published in the 2016 PDN Annual Photography Awards Issue. His series, Cityscape Burma, was exhibited at Blue Sky Gallery in Portland, OR in 2017. 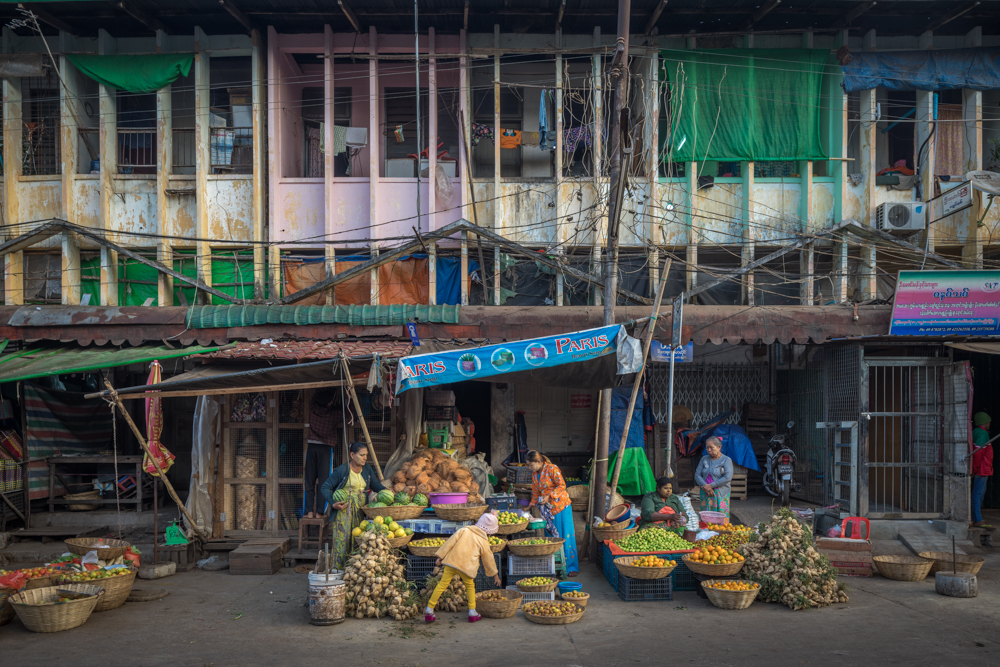 Change is coming to Burma. For over fifty years, the oppressive military junta’s isolationist policies preserved the nation’s deeply spiritual culture and traditional way of life. Buddhist teachings still guide nearly every aspect of people’s lives and there is a tremendous reverence for the religious orders and ancient traditions. Burma’s struggle with modernity is a battle between the city and the village, which are as much psychological spaces as they are physical. While most rural areas of the country remain relatively untouched by the outside world, Western values are beginning to take hold in the larger cities. As the government embarks on a program of reform and opens the doors to tourism and industry, it remains to be seen if the old ways will survive the temptations of consumerism and the
modern age.

The consistent perspective and formal composition of the photographs facilitates exploration of the dense concentration of visual information. Viewed at the larger scale, structures are rendered as a study in architecture, symmetry, angles and edges. Upon closer inspection, the images reveal a smaller scale composed of the details of everyday life that unfold within a city, the subtle interactions between people and place. 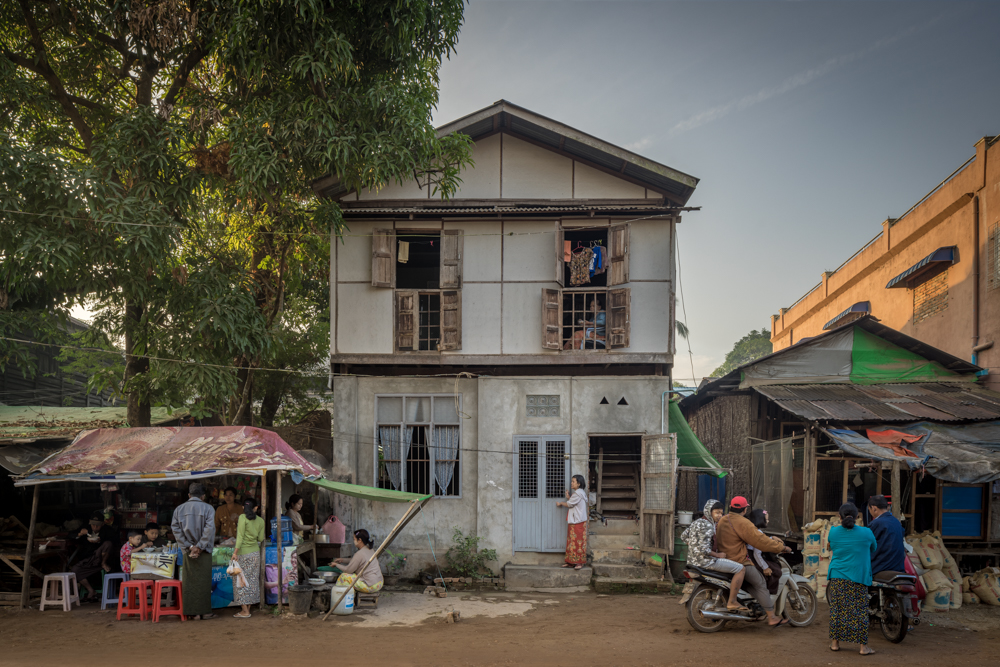 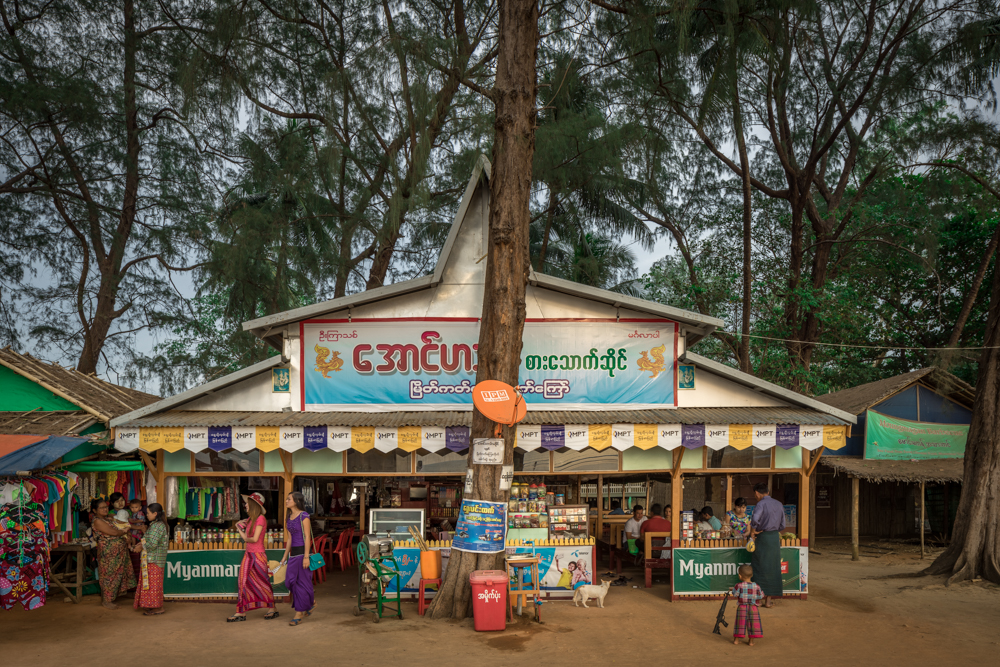 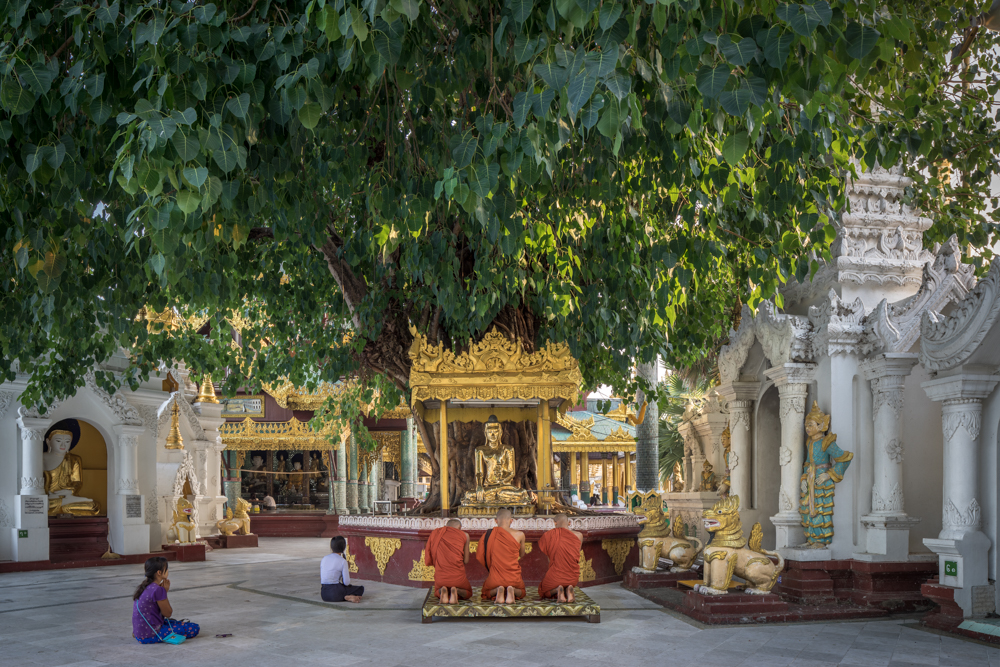 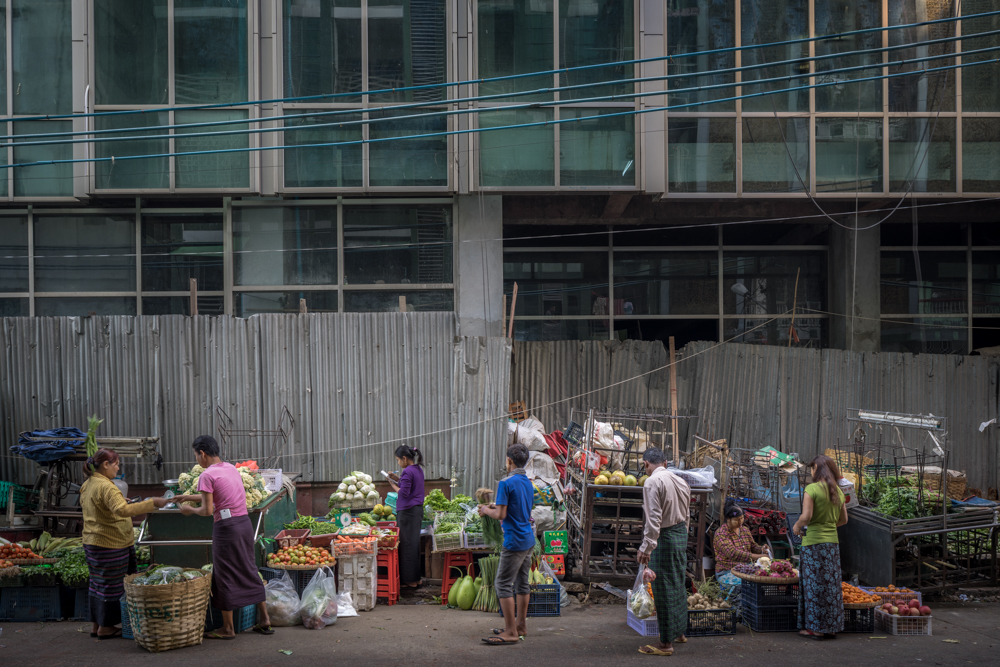 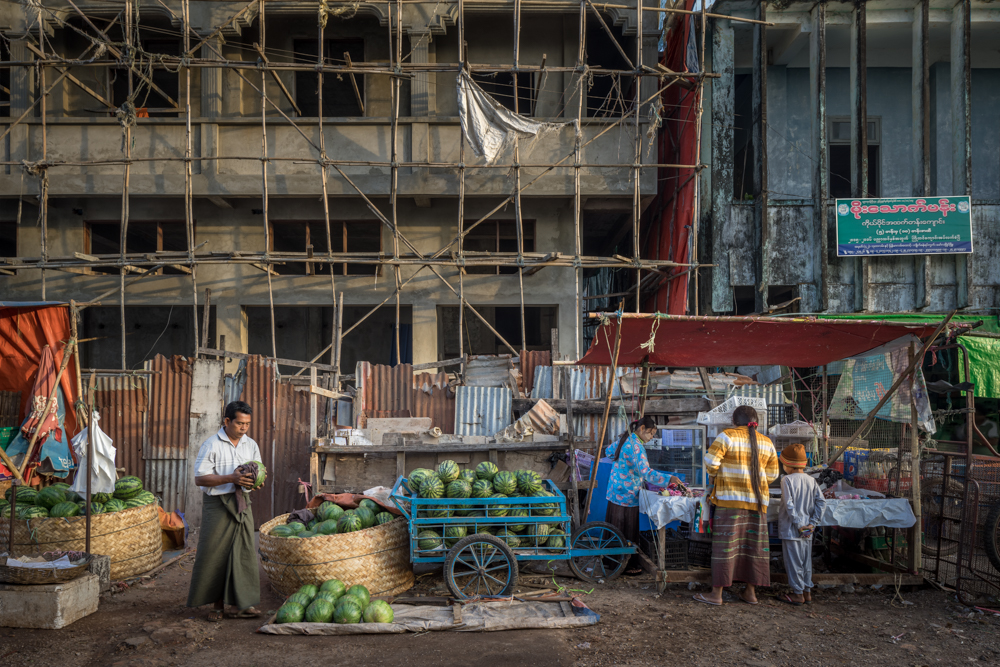 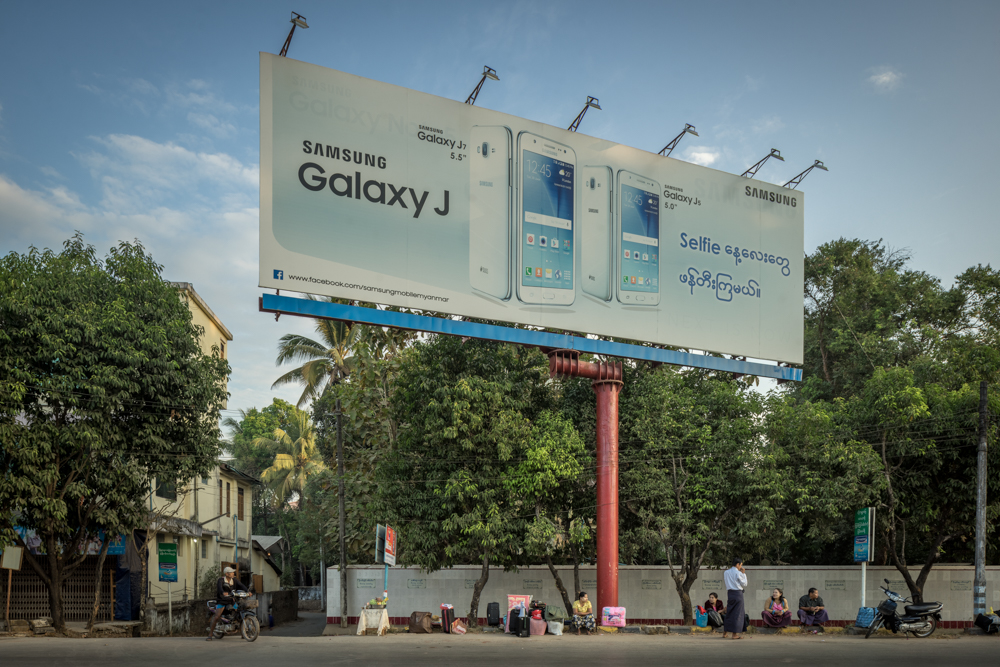 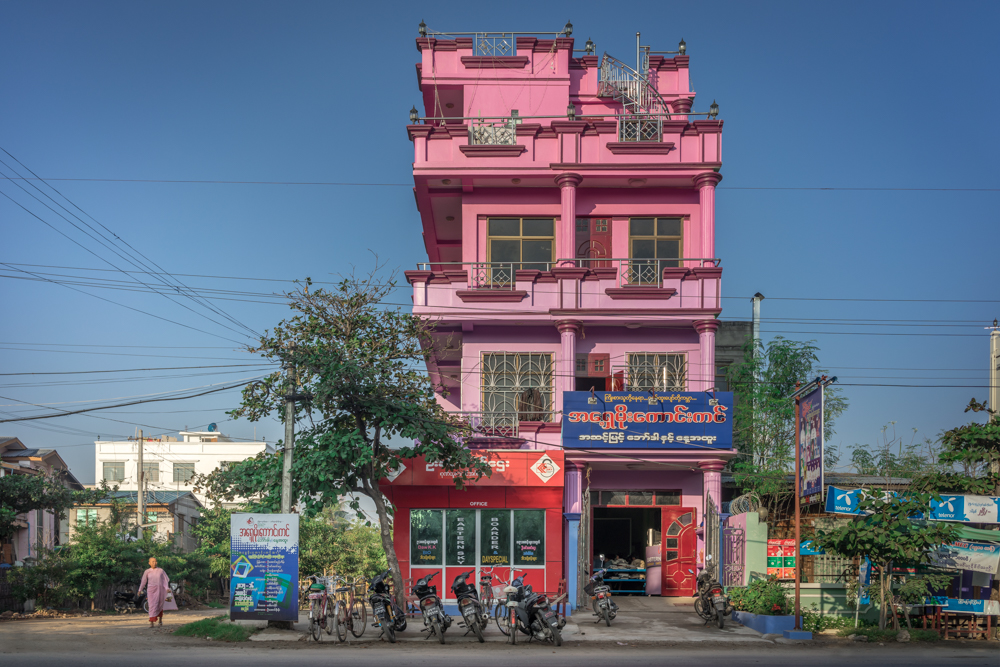 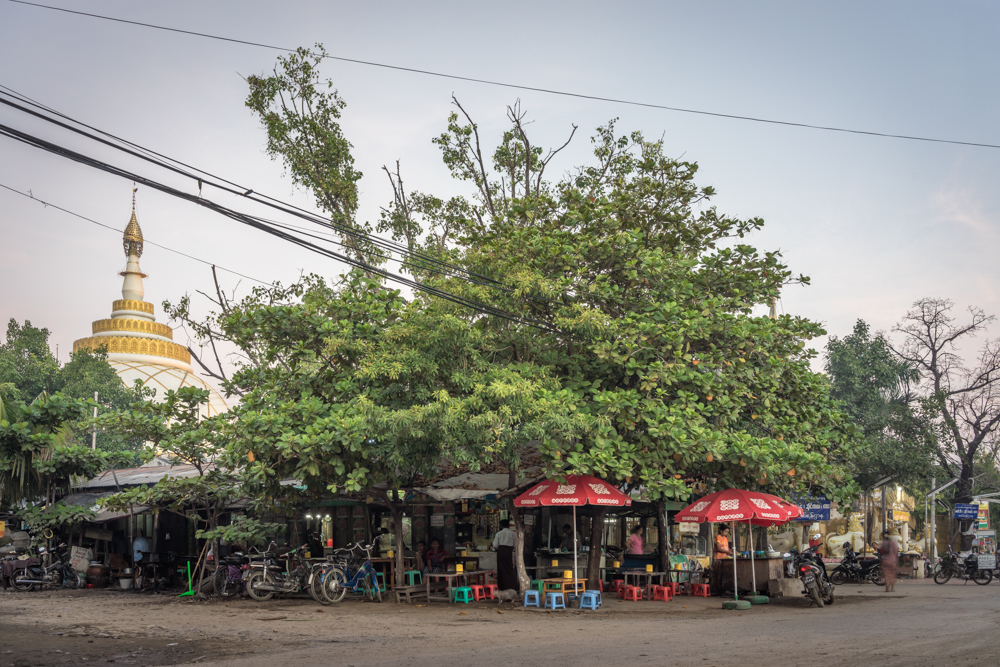 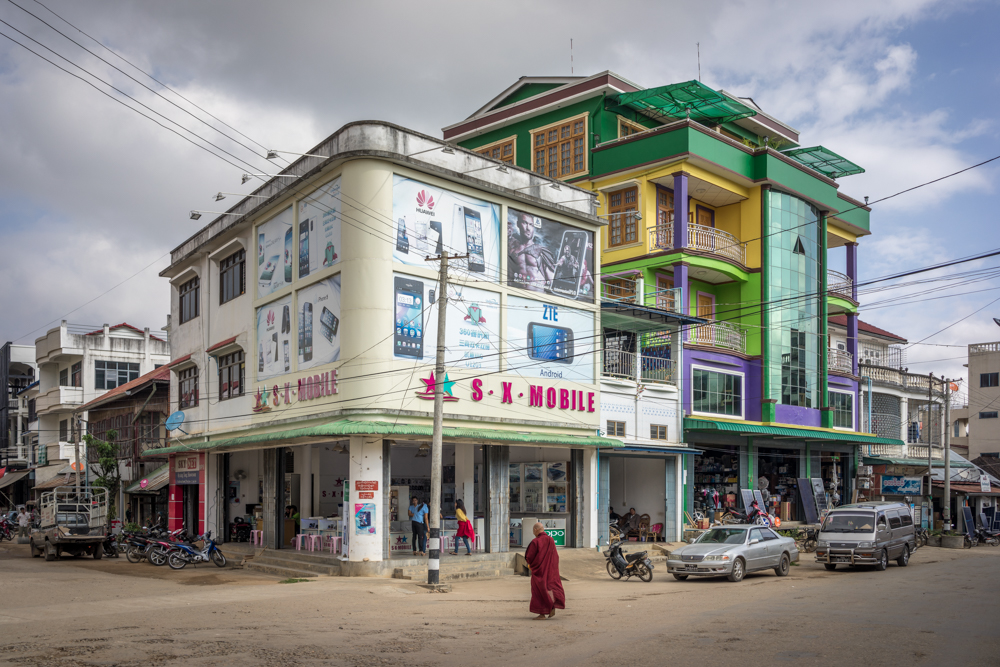 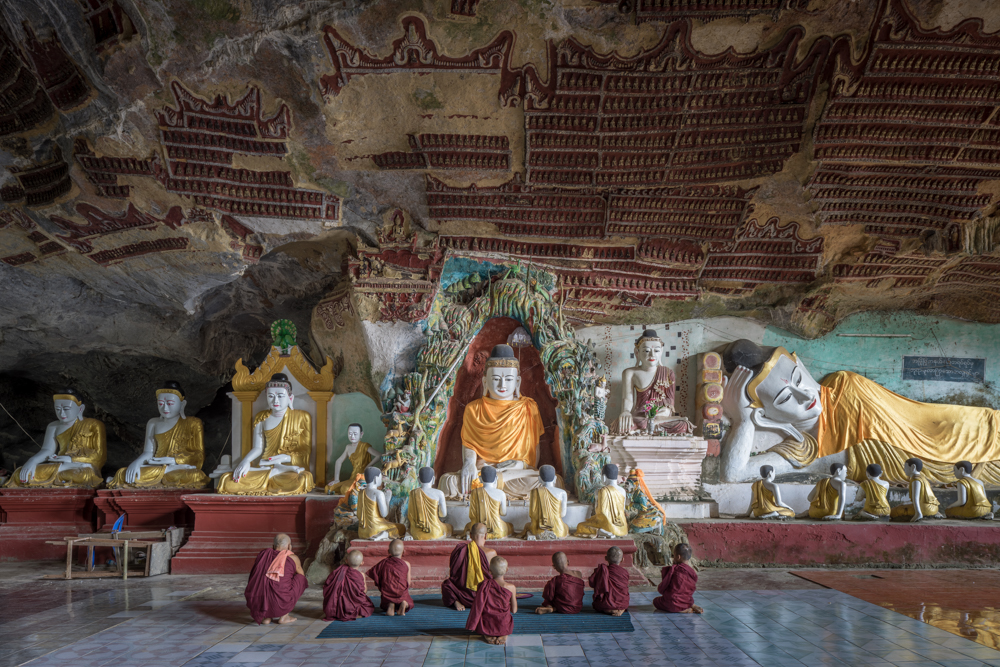 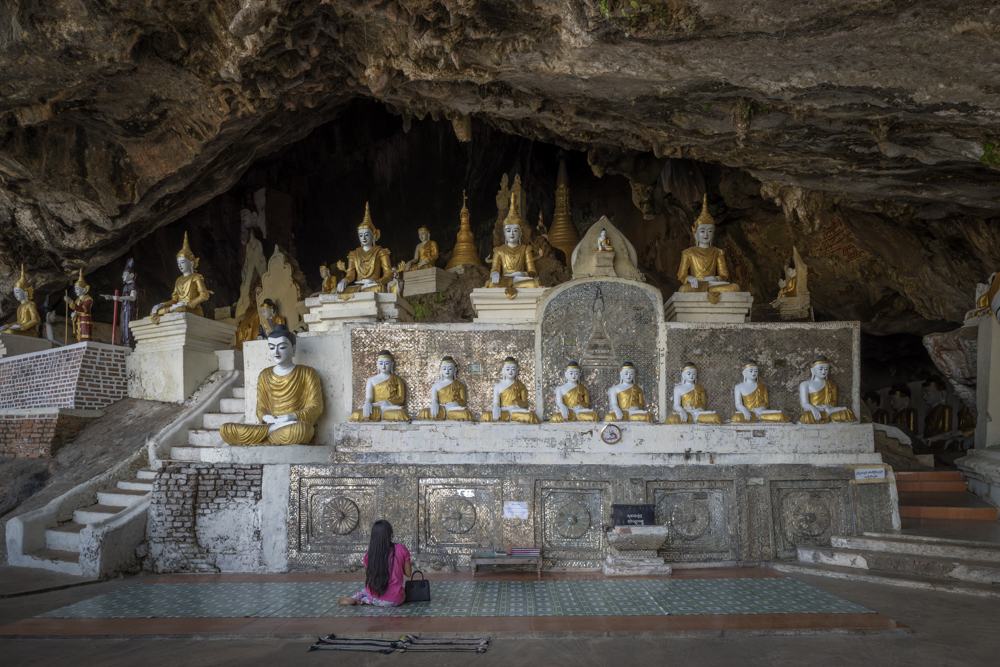 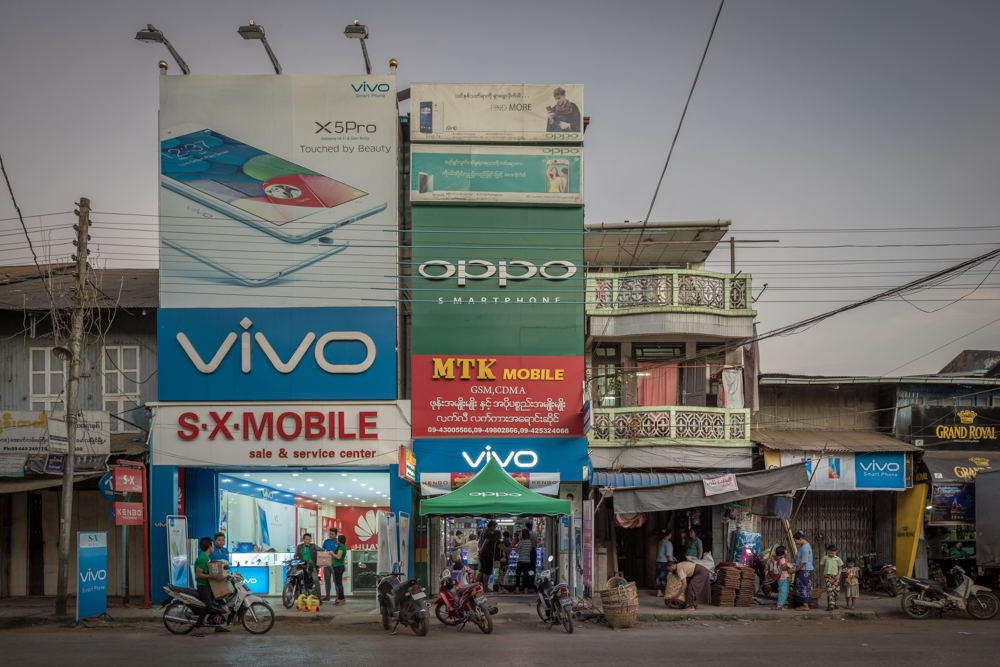 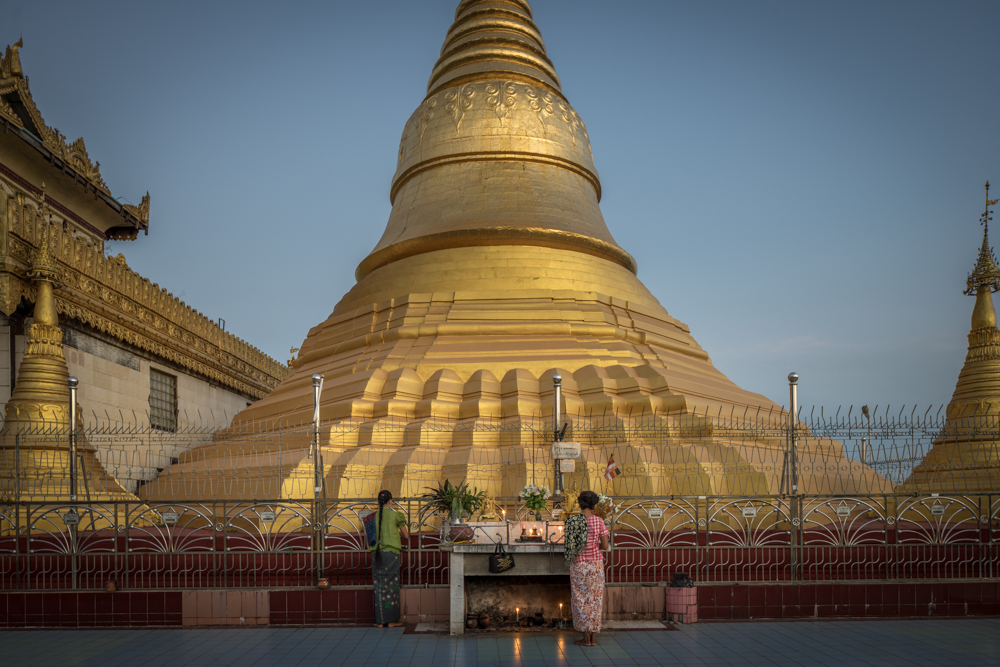