Jun Ahn: On the Verge by Aline SmithsonFebruary 8, 2018 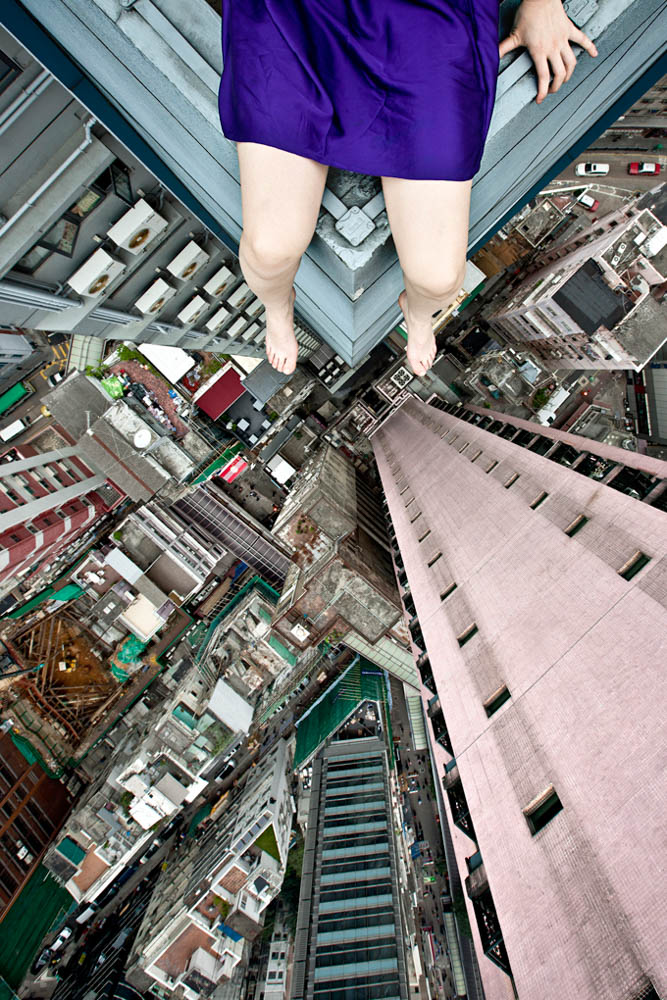 “I think the present is one very short instant between the future and the past. So basically all of us are living on the edge of something, between life and death, and between the ideal and the reality.” —Jun Ahn

When I received a recent newsletter from the Photographic Center Northwest announcing their upcoming exhibition of South Korean photographer Jun Ahn‘s provocative self-portraits, I had a stomach dropping visceral reaction to her photographs. I don’t consider myself someone who is afraid of heights, but these photographs are disarming and evoke unexpected emotions. This is Jun’s first solo exhibition on the west coast and the work explores “strength and vulnerability, illusion and reality.” The exhibition runs through March 24, 2018.

Jun Ahn (b. 1981, Seoul, South Korea) investigates the hidden beauty of the world that exists beyond human perception. Throughout several project-based works, she aims to reveal desire and hidden structures in the fast pace of contemporary culture.

She has had six solo shows in Korea, Hong Kong, Switzerland, and New York, and her works have been exhibited worldwide, including in the United Kingdom, France, Russia, Japan, Australia, and New Caledonia. The British Journal of Photography selected her as one of twenty ‘Photographers to Watch’ in 2013; that same year South China Morning Post selected her one of five ‘Asian Artists To Watch.’ Her work has been featured in The Guardian, The Mirror, Daily Mail, The Daily Telegraph, European Photography, Elle, and the New Yorker online, among others. She is represented by Christophe Guye Galerie, Switzerland.

Ahn completed a degree in art history at the University of Southern California in 2006, and studied photography at Pratt before completing her MFA at Parsons/The New School in 2013. Her dissertation paper was recently accepted for the PhD program in photography at Hongik University in Korea. 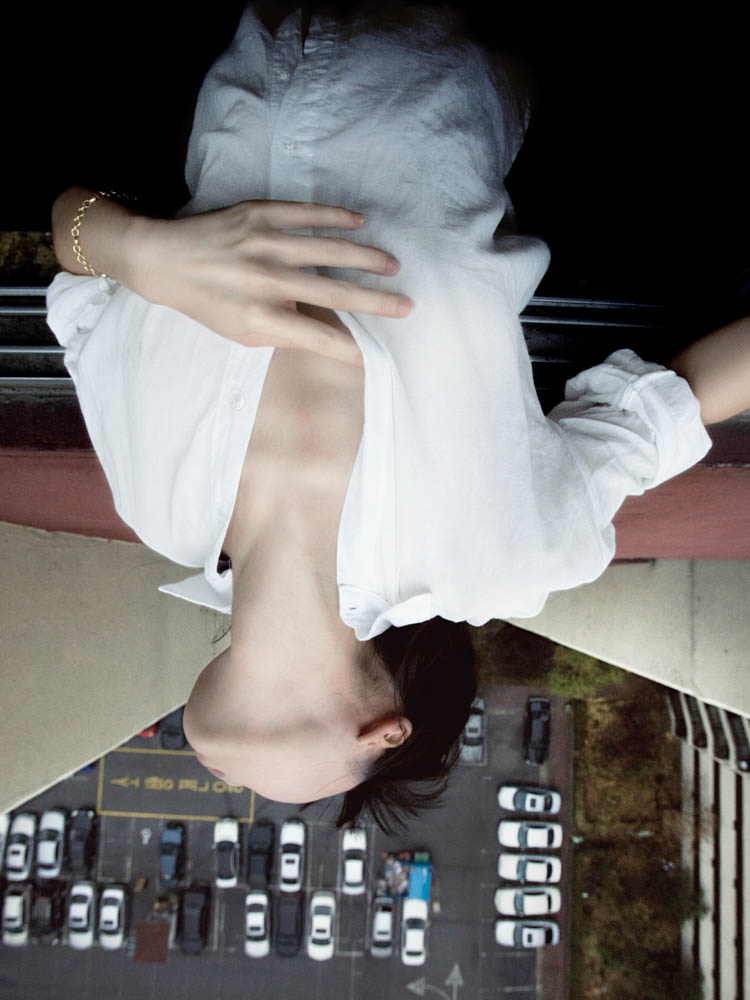 Jun Ahn’s provocative self-portraits began in 2008, while she was living in New York City and pursuing graduate studies in photography. Remembering adolescent anxieties and noting that her childhood was coming to an end, she began the self-portraits challenging her own fears, while in the process presenting viewers with a visual and psychological void, an otherwise-unseen space where “optical perception conflicts with spatial perception.”

She has noted the contradiction of urban dwellers living in skyscrapers for ‘the view,’ while many simultaneously feel a fear of heights when confronting that same horizon from an edge. Researching buildings that had personal resonance, she took on the laborious process of obtaining permission to make work in these locations. Utilizing timed captures with her digital camera on a tripod, she moved within the space until the memory card was full, later selecting the images that best reflect a calm demeanor within the vertiginous environments to play with assumptions of illusion and reality.

Ahn has said, “Some of the media describe me as a ‘fearless artist.’ I’m really not that, and this work is not about that. I have fear—this is about fear and how the photographic medium can subvert the context.”

Throughout the history of photography artists such as Francesca Woodman, Ana Medieta, and Nikki S. Lee have used self-portraiture to reflect personal and universal themes. Ahn’s work is conceptually within this tradition, while holding unforgettable visual distinction. —Michelle Dunn Marsh, Executive Director & Curator

The exhibition is presented with the support of the Gardner Center for Arts + Ideas, Seattle Asian Art Museum; 4Culture, and Office of Arts & Culture. 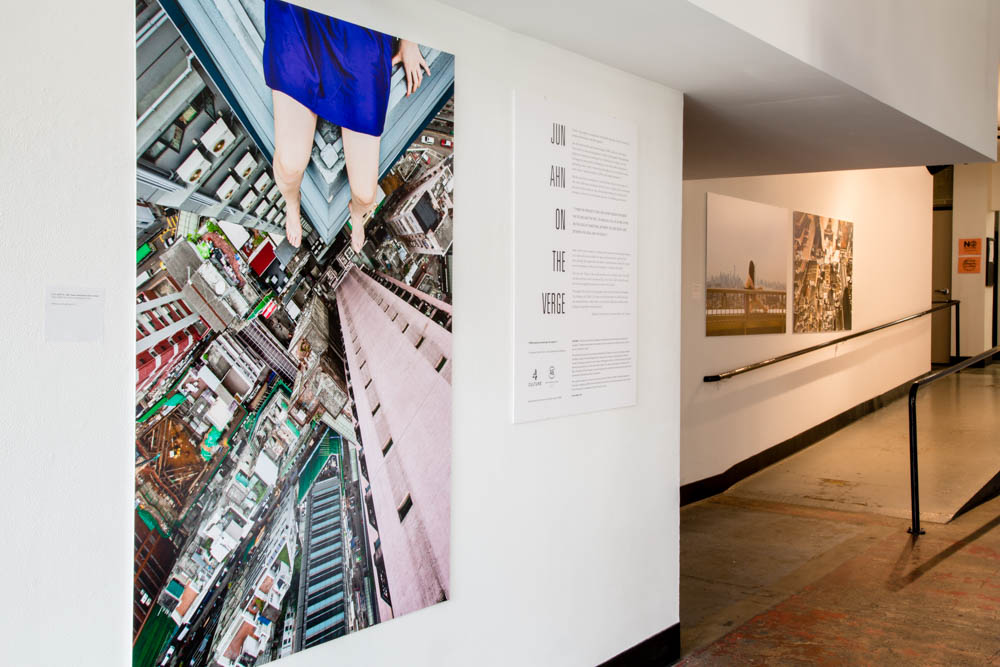 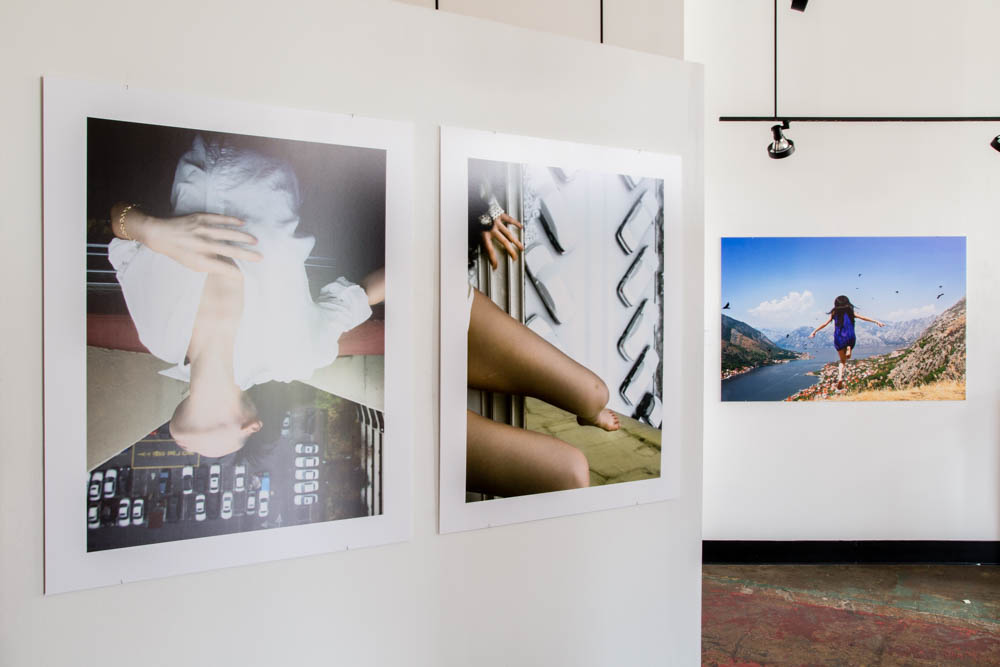 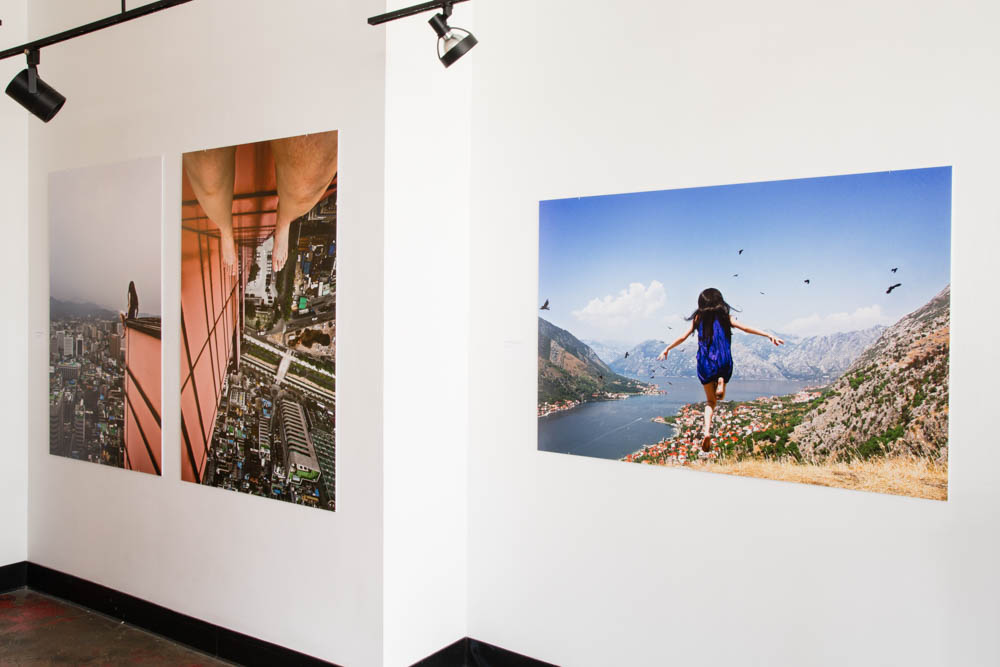 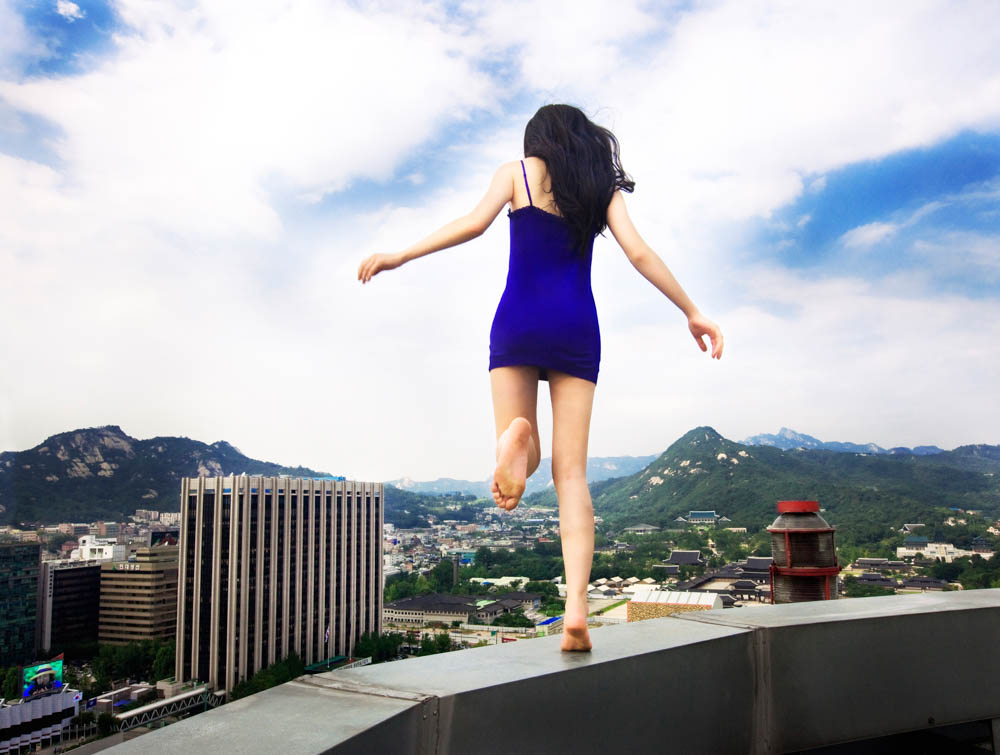 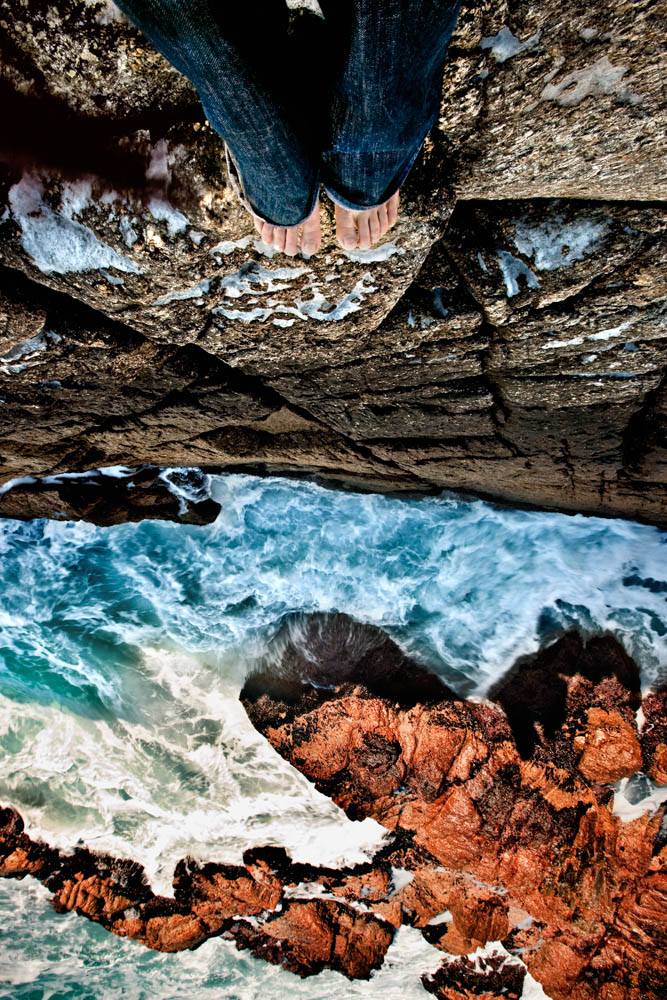 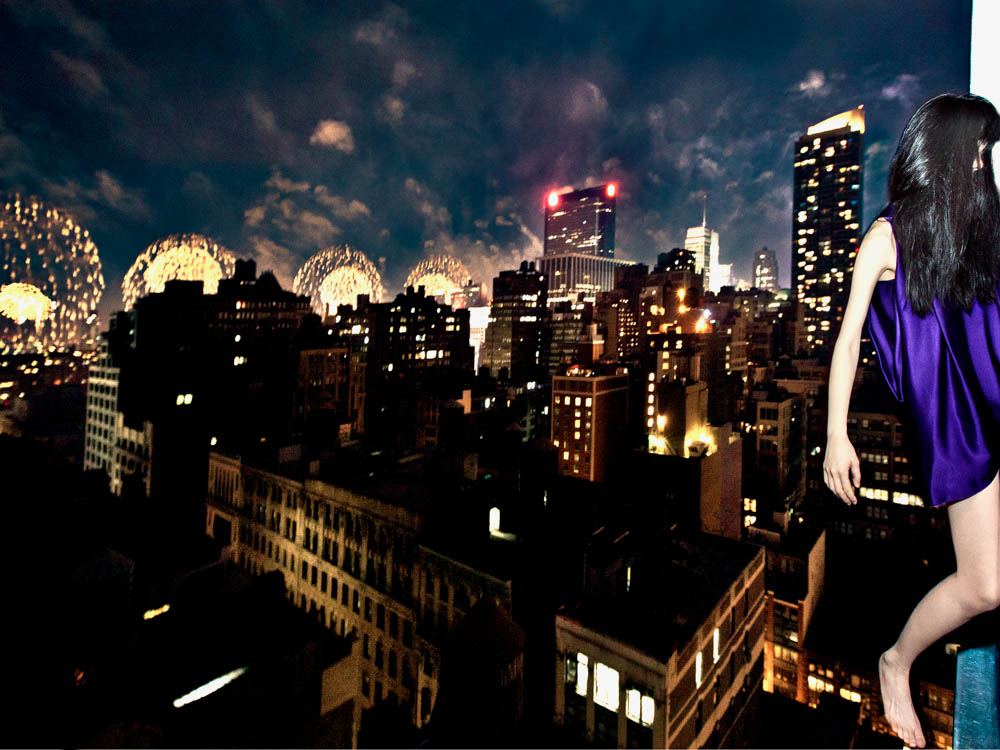 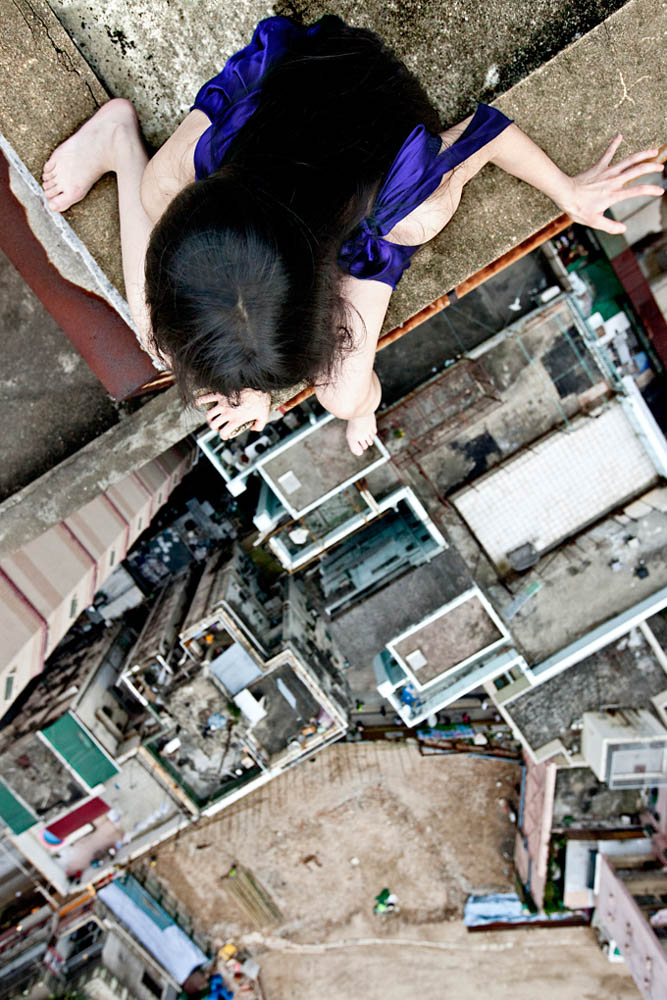 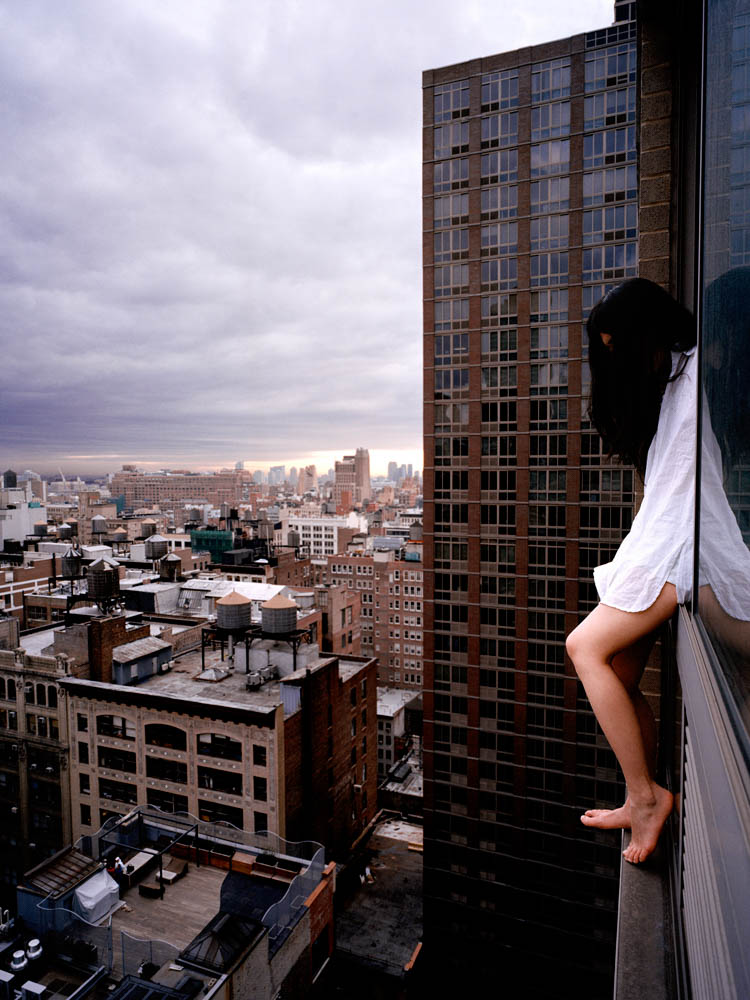