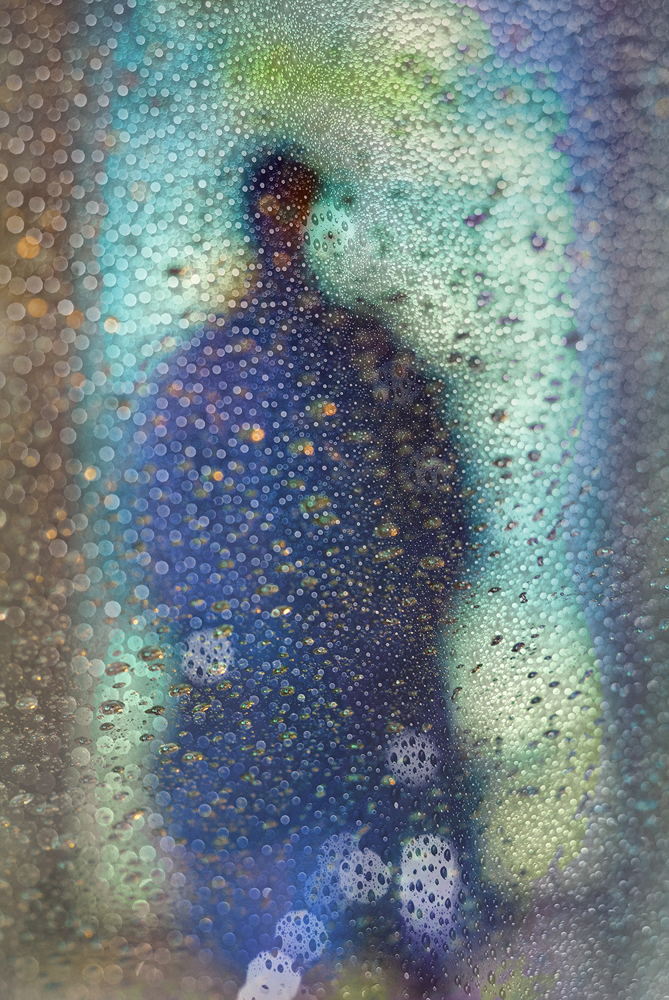 I’ve always felt that what connects us as photographic artists and seers is that we have a heightened sense of awareness to world and our surroundings. I’m sure my children tire of my endless narration of things that I notice, behaviors I observe, and not just visual, but sensory experiences that I encounter. The dnj Gallery in Santa Monica, CA has just opened an exhibition, Awareness, that speaks to this phenomenon.

The show brings together five artists: Allan Gill, Janna Ireland, Laura Parker, Ni Rong, Bill Sosin and Robert von Sternberg who question our understanding and ability to perceive and become aware of our own environment. The images in this exhibition portray a level of consciousness that is not a final deduction, rather a presentation of various solutions and that add to an elevated state of knowledge. 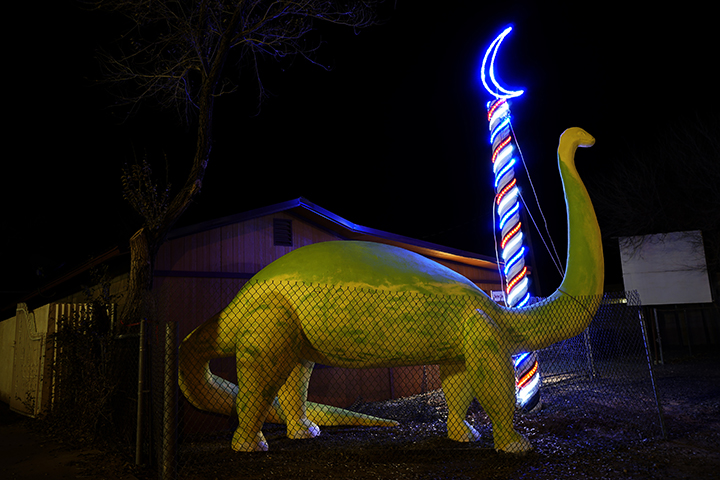 In a world saturated with images, Robert von Sternberg uses humor and wit to lead his viewers to the discovery that there is still a reason to look. His series, “Crowded Vacancies” employs complex compositions of vacant lots, extensive spaces, hidden alleyways, and empty highways to demonstrate his ideas of man intruding in nature. Though the photographs cover a range of subjects, together they showcase von Sternberg’s talent for finding and capturing the exquisite, yet easily overlooked moments of everyday life. As von Sternberg states, “Rather than focusing on the most canonical or scenic tourist destinations, I often pursue the potential visual possibilities of overlooked ‘roadside attractions’ and chance conjunctions.” 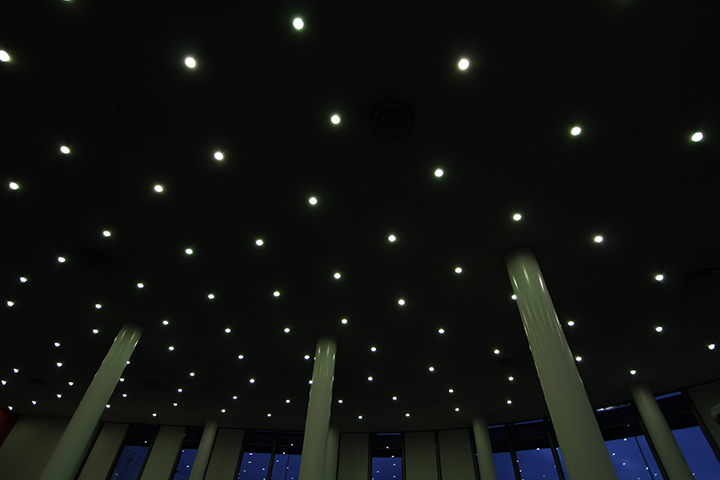 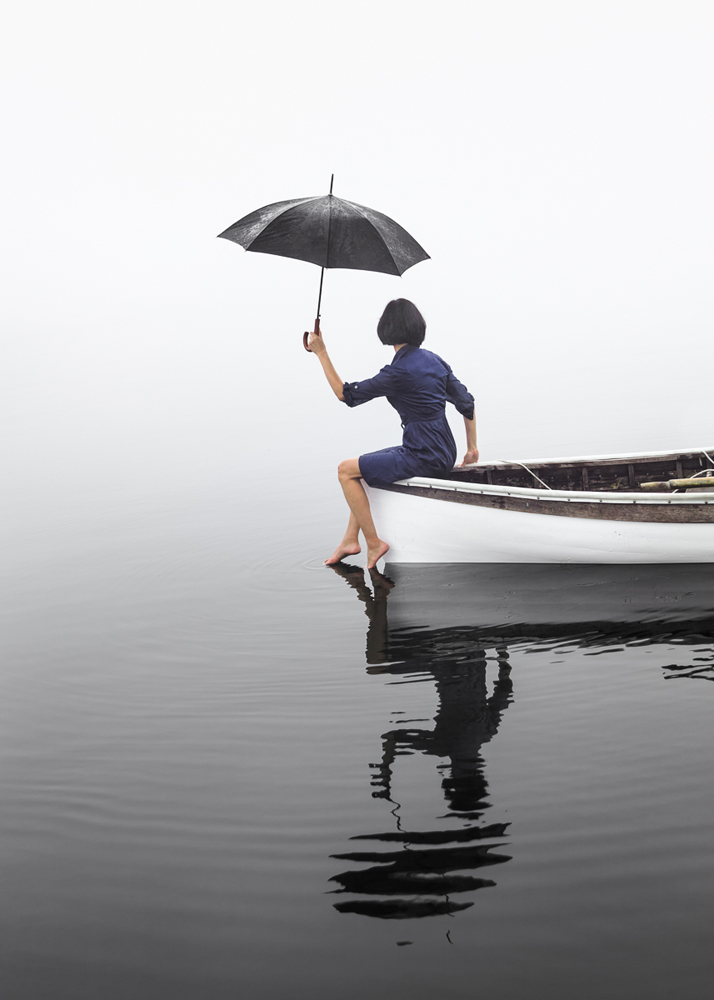 Ni Rong lived in China until the age of 28, when she immigrated to the United States for graduate school. Her uncertainty toward her cultural identity is illustrated in her series “In America – Spring, Summer, Fall and Winter.” “Since I left China, I have lived in the dichotomy of two worlds, East and West, Old and New. Where home is, and what home means, are questions I live with each day.” Rong’s self portraits are visual interpretations of the tension between her desires to embrace the past while looking for a future for herself in a new land.  In the end, she realizes that every experience, in each country, will establish her identity. 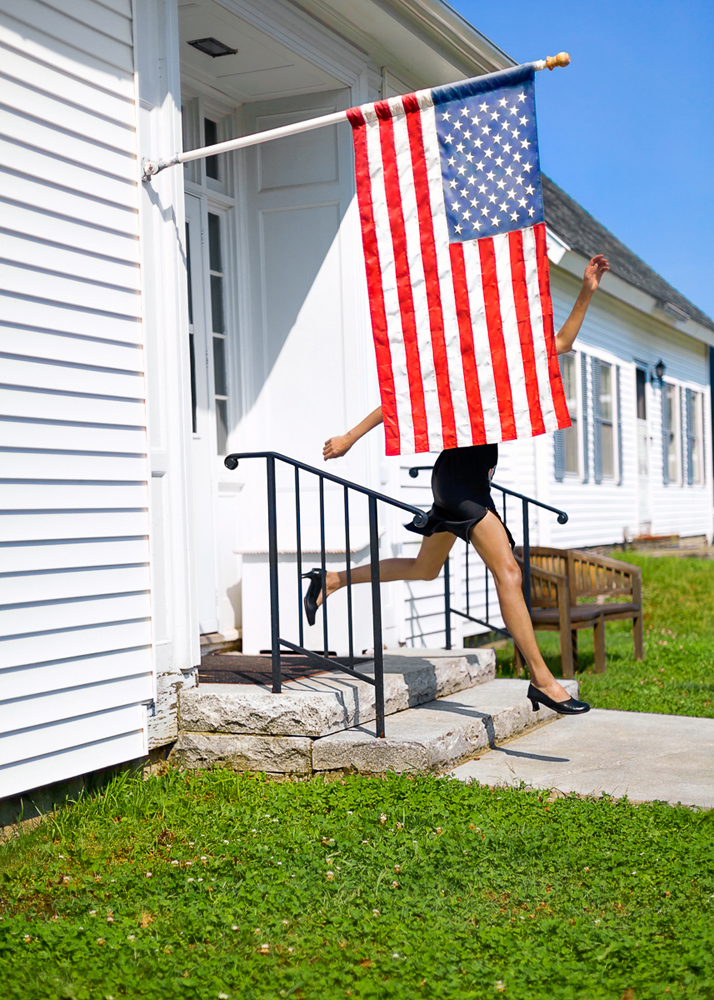 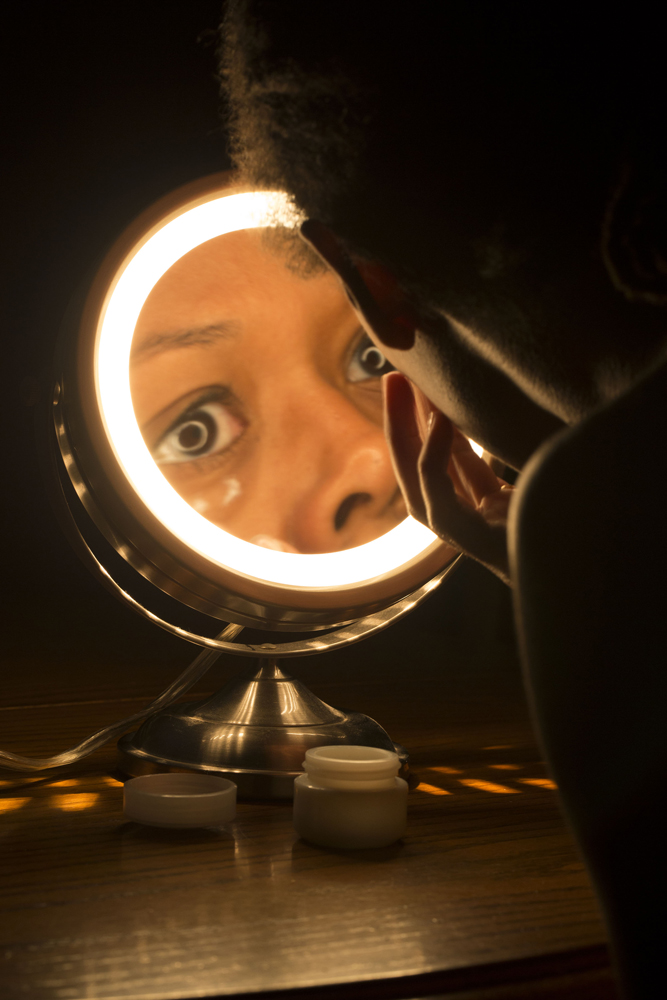 Janna Ireland’s photographs initially appear to be mere documents of life, but they are fictitious, imaginary performances that mirror reality. Identity, race, gender, culture, and economic status are the unspoken building blocks of her world. As Ireland states “… they are a means to process my real concerns about what the future might look like for my children; increasingly, I fear that the America my sons will come to know will be even less welcoming than the one I see today.” 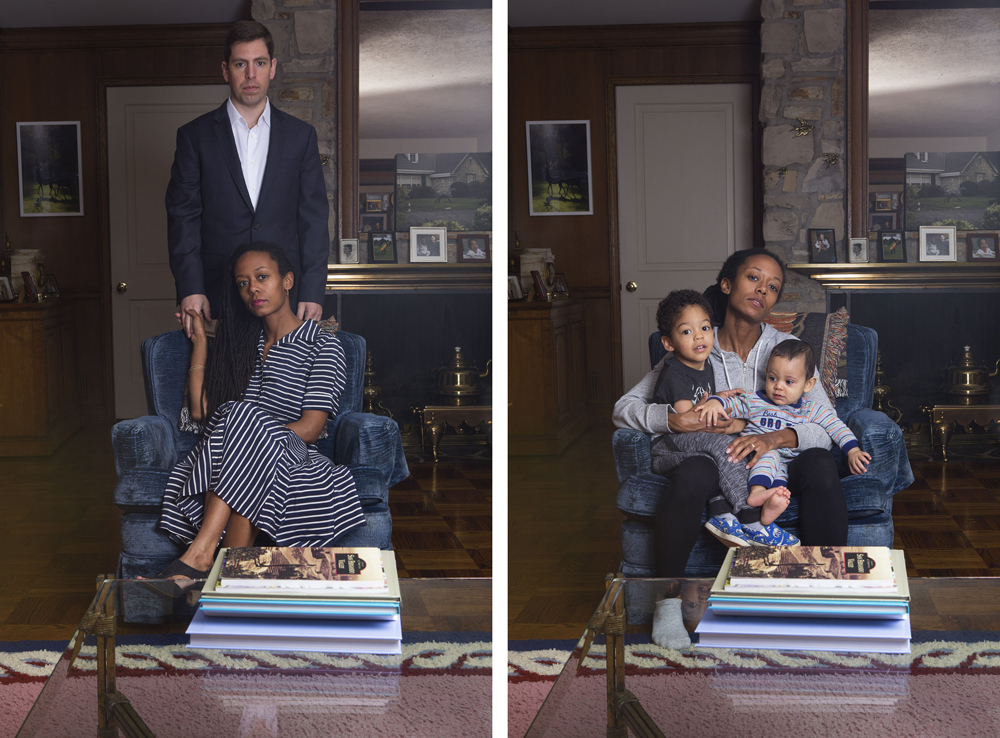 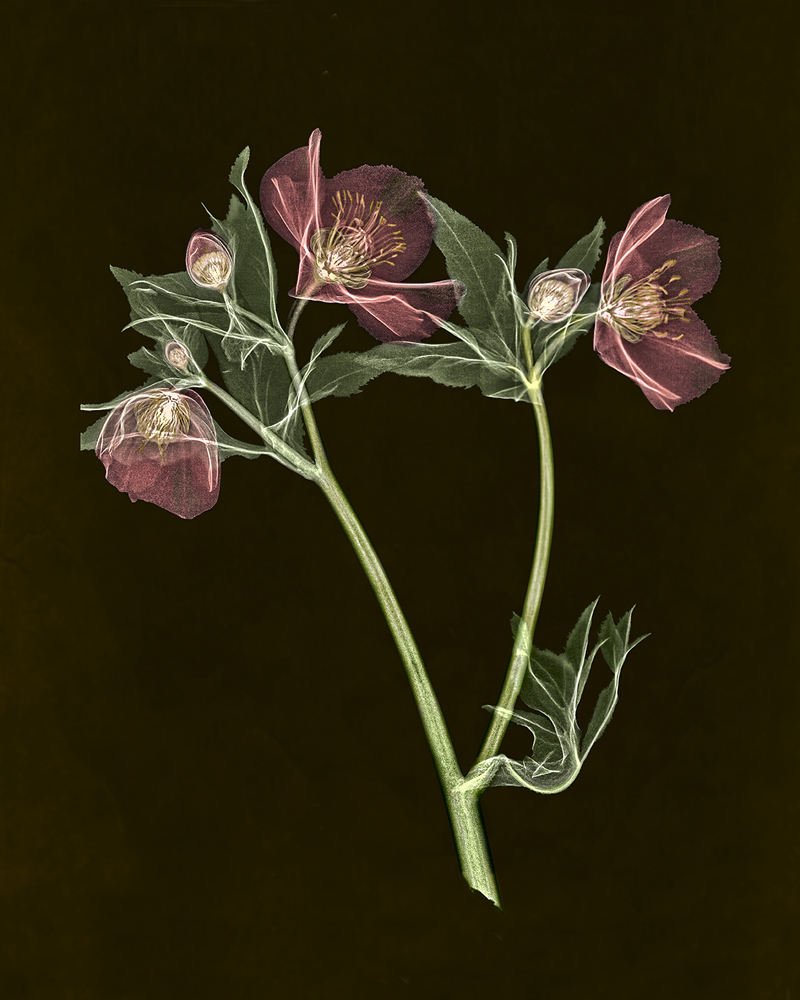 In his floral photographs, Allan Gill creates airy and transparent images by highlighting the denser areas of each flower. Familiarity is important to examine his “unseen world.” As a result the picture presents the internal structure too, showing the veins, stem, buds, leaves, through an arrangement of varying shapes and forms. Gil’s unique pieces, “ Floral Images in Invisible Light … The Unseen Details”, display a style of photos that is practiced by only a few artists in the world. It requires an extensive body of learning. The delicate artworks stress the saturation of the X-ray beam, unlike the reflected light rays of a traditional method. 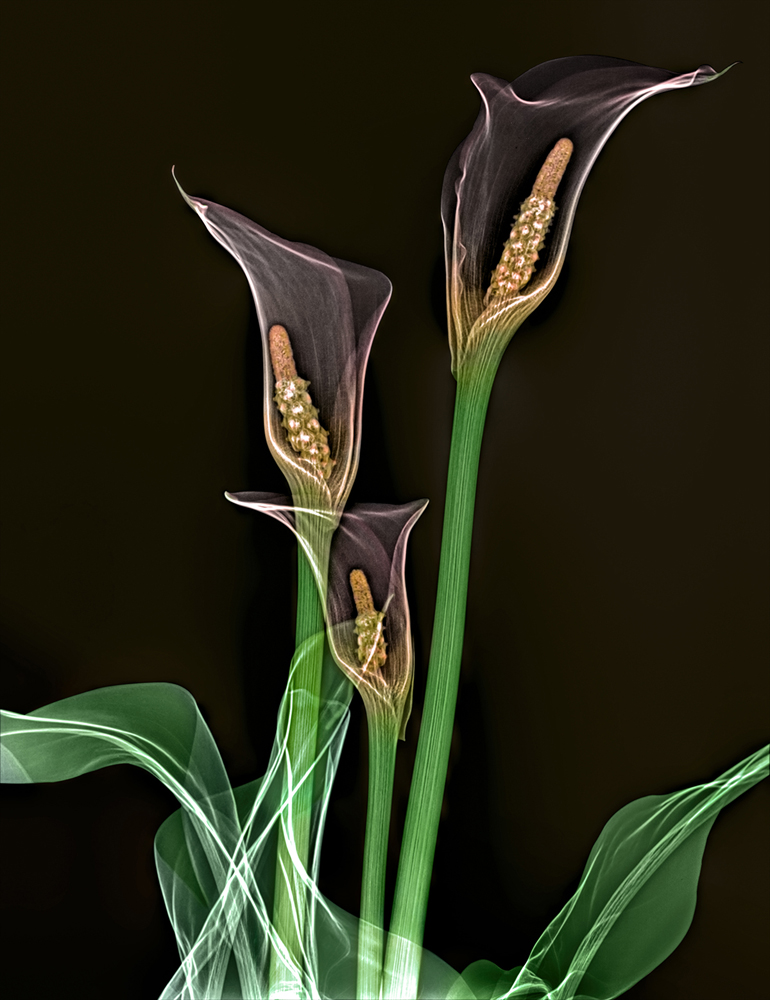 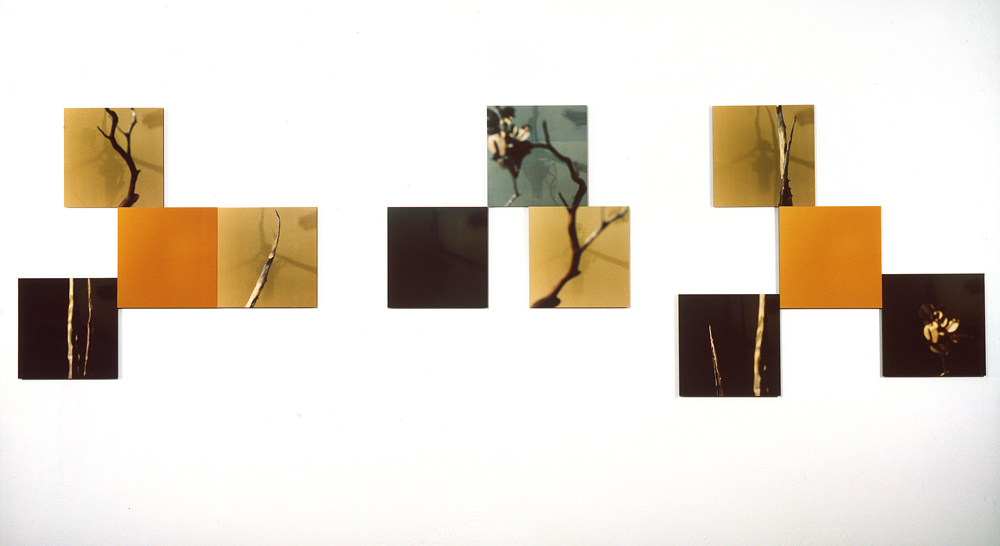 Laura Parker examines the visual structures of insight and observation. She asks her viewer to question the concept of truth as it relates to an accepted reality. Impressionistic by nature, photography leads to issues of understanding. Images introduce imprints, which are then completed by the viewer. “The mind sees fragments but has an uncanny ability to ‘fill in the blanks’, restoring a picture to its ’wholeness’.” Primarily, Parker’s work evokes real feelings, and celebrates the slippery slope of uncertainties her artwork poses. 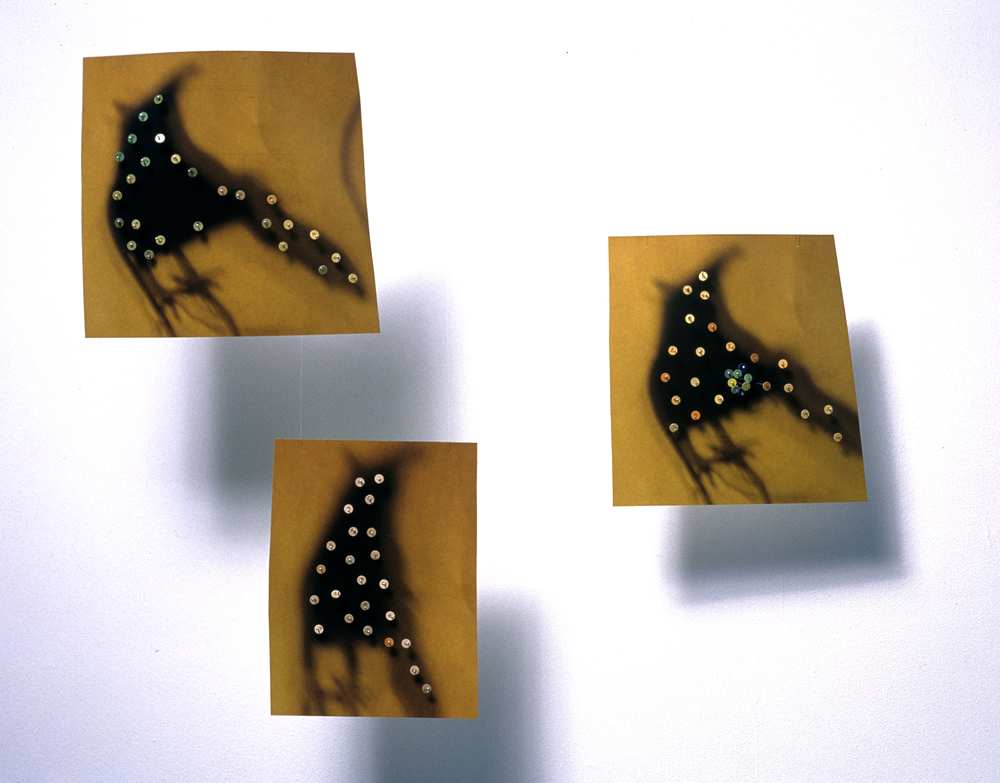 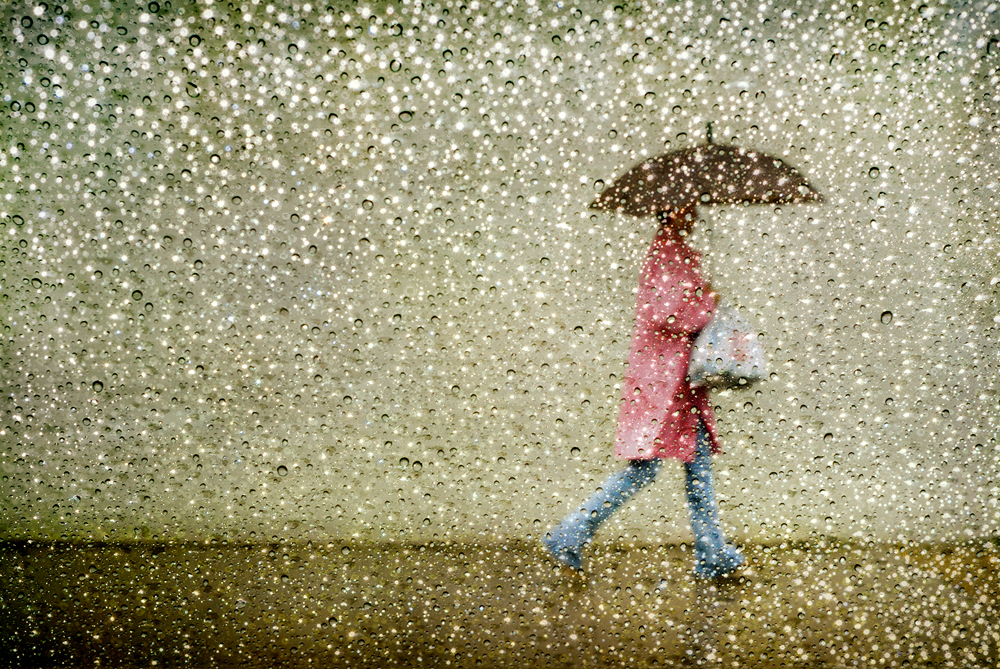 Bill Sosin composes richly colored photographs that capture urban scenery in the rain. The images are a collection of transient moments, with sudden glimpses of mysterious figures.  The pieces in “Weather Spell” manipulate the texture, shape, weight, and direction of raindrops as well as employ the twinkling luminescence of car beams, streetlights, storefront signage, florescent buildings, and passing pedestrians, creating. “abstract and suggestive patterns … “  Sosin’s pieces, whether figurative or a deconstructed sight of blocks and shapes, are suggestive of another diverse, imagined reality.