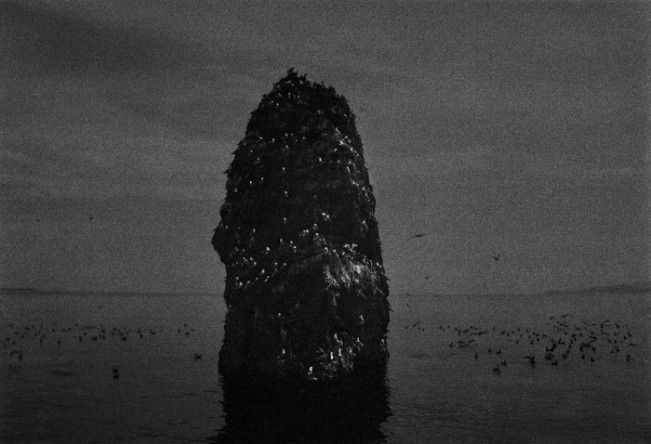 Photographer Noah Wilson’s  compelling project, Day-Blind, is a reinterpretation of the natural world expressed through images that are stripped down to gestures in black and white, where all that remains is the energy or the essence of the experience of being there. I featured his terrific project Our Land on Lenscratch awhile back, where he use appropriated images found as an artist in residence at the San Francisco dump. 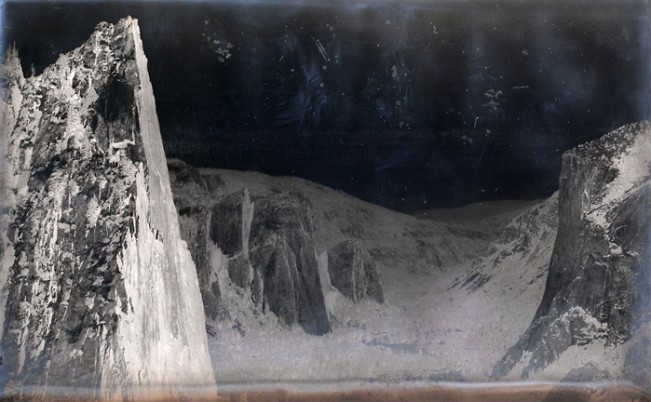 image from Our Land ©Noah Wilson

Noah received an MFA from San Jose State University and a BA in art history from Humboldt State University. He has had solo exhibitions at the Haines Gallery and Dolby Chadwick Gallery in San Francisco, and his work is held in the collections of the Achenbach Foundation, the Whitney Museum Library and SF Camerawork. Other exhibitions include the Headlands Center for the Arts, Kala Art Institute, SF Camerawork, San Jose Institute of Contemporary Art, The African American Museum of Oakland, and the Triton Museum. He has worked as artist in residence at the Vermont Studio Center, Kala Art Institute and Recology (formerly San Francisco Recycling & Disposal), and he has received fellowship awards from the Joan Mitchell Foundation and from Kala Art Institute. His work has been published in Orion Magazine, Zyzzyva, The Liner and 11/11: A Journal of Literature and Art. He currently lives and works in Modesto, California.

This work developed out of an interest in what I cannot see when I look at the landscape. I often feel blind, or at best unclear about how to convey what I experience in Nature. I can name what I see; I can study and interpret the light and color and texture; I can organize it all into a photograph. I can’t, however, fathom the millennia that has formed a glacier, or even the recent years that have receded it; I can’t truly describe how it feels to walk a trail in Alaska that is ripe with bear shit, and how this evidence demands an awareness that alters the appearance of the landscape; I can’t encapsulate the sensation of being pushed around by the sea while working on a commercial fishing vessel and catching halibut that are larger than me and could be older than I am.

Henry David Thoreau wrote, “not ’till we are completely lost, or turned around…do we appreciate the vastness and strangeness of Nature.” This, I believe, is what I’m trying to find in this work.

The final images in this project are pictures of pictures, photographs I’ve printed using the extreme end of the tonal scale and then re-photographed with high-grain film. Highlights and shadows erased by tonal shifts in the original photographs are filled with the grain of the film, creating a new surface and, in a sense, an image of the film itself. I always find distance In photographs of the landscape. It’s not the space within the scenery that creates this distance, but rather the division between myself and the place depicted in the image. I want to make this sense of distance a presence in my work, and I’m curious about the division that the medium creates between me and the places in my pictures. 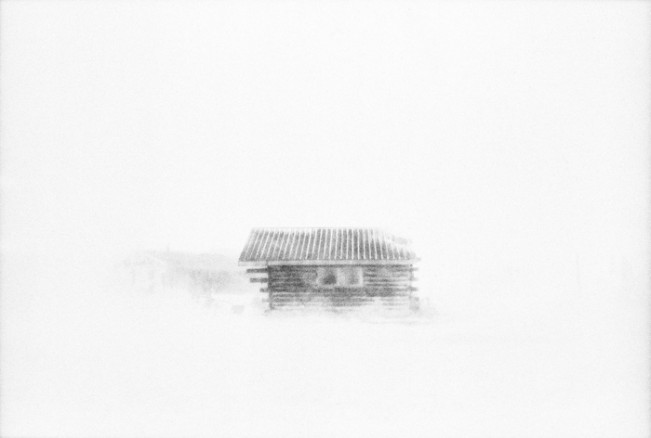 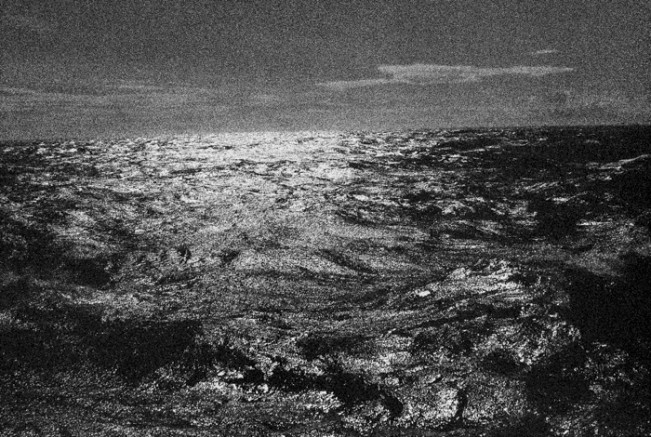 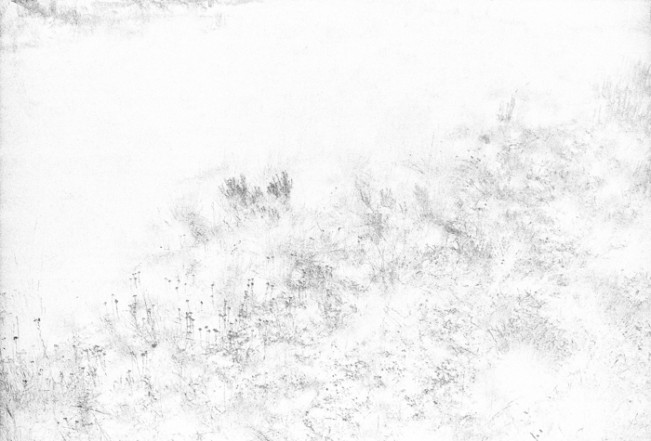 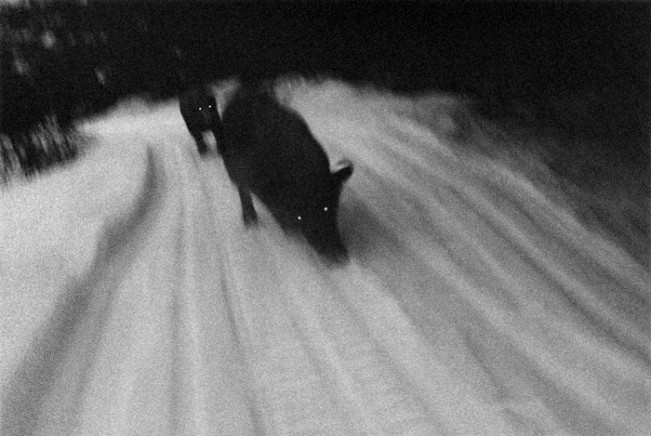 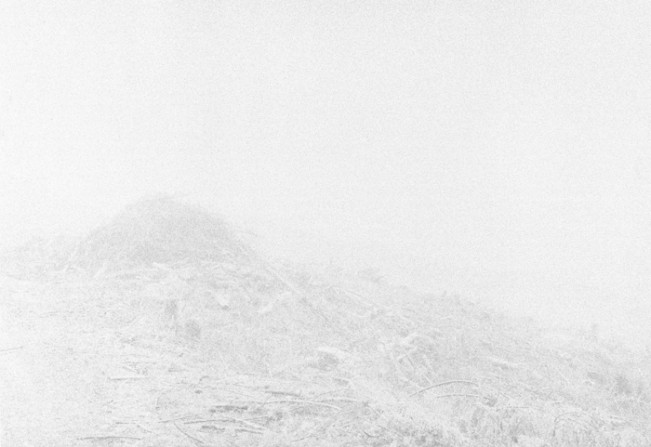 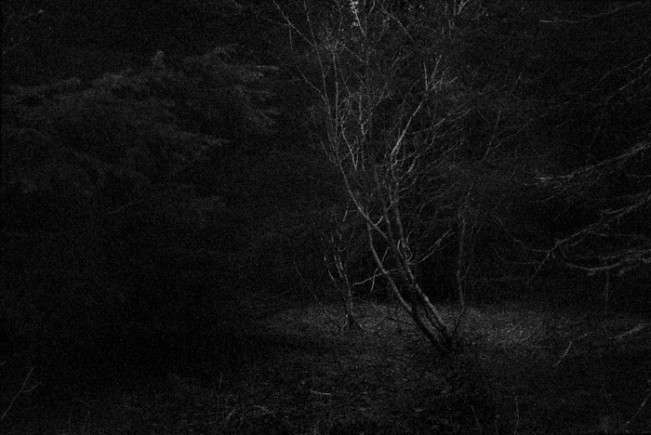 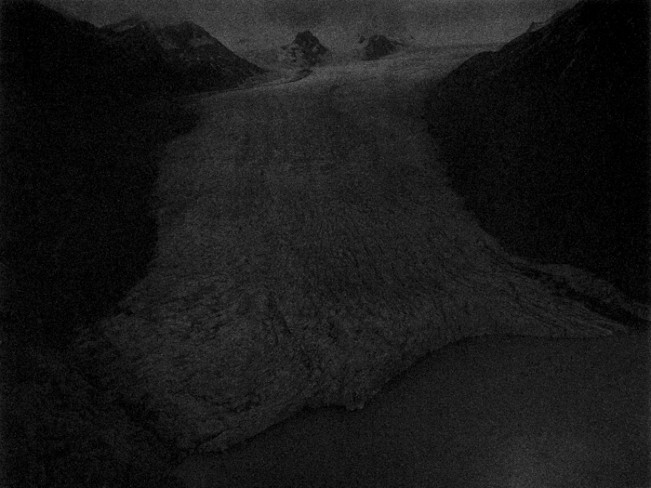 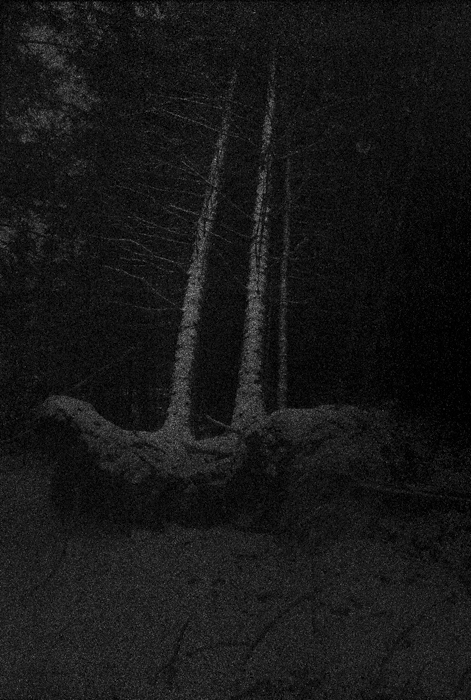 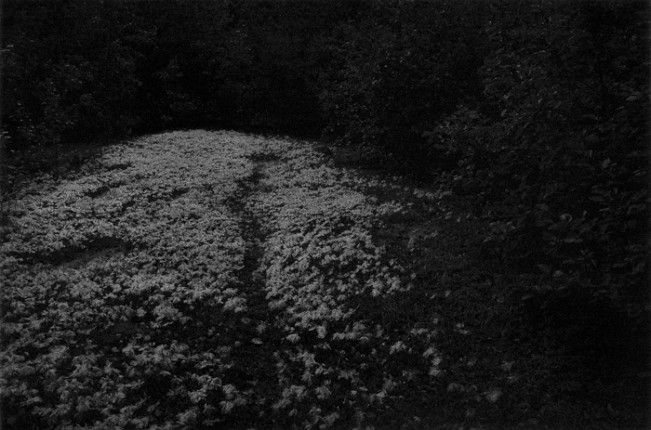 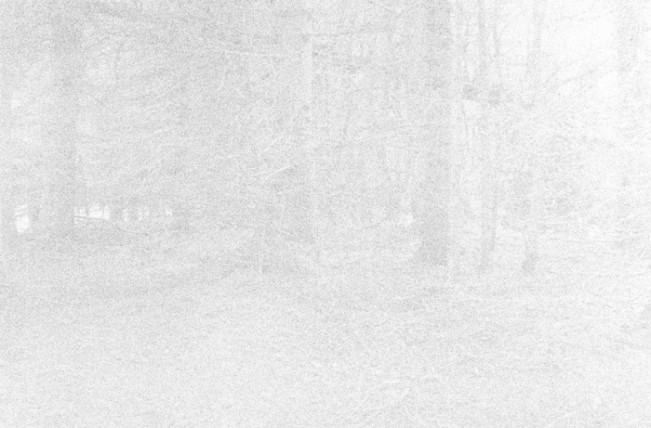 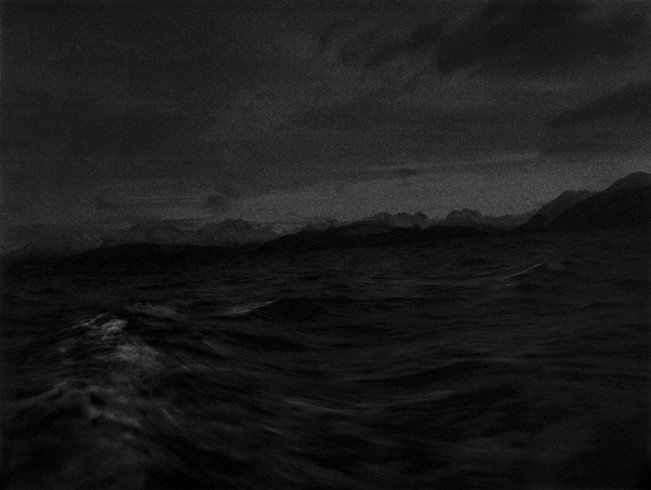 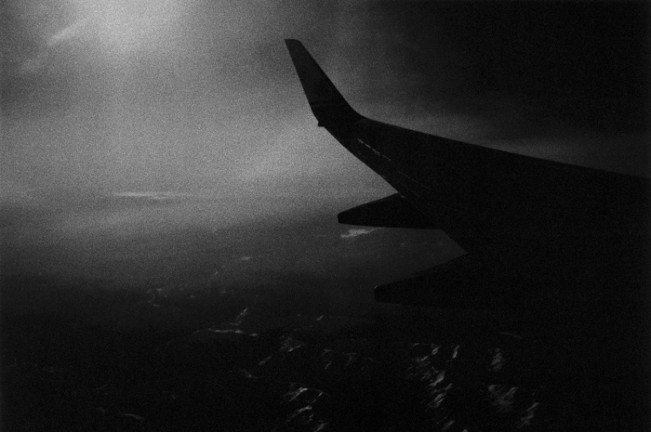 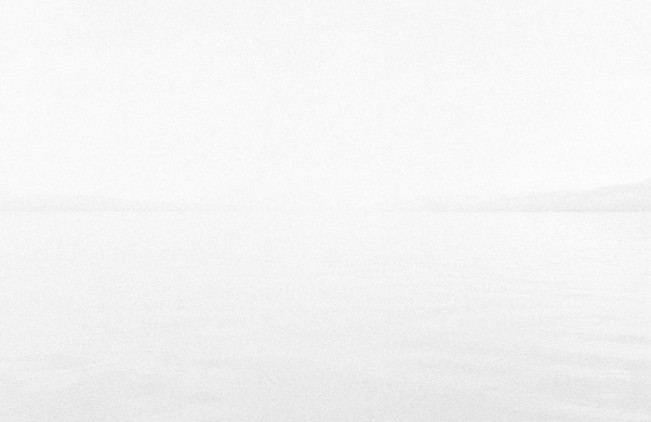 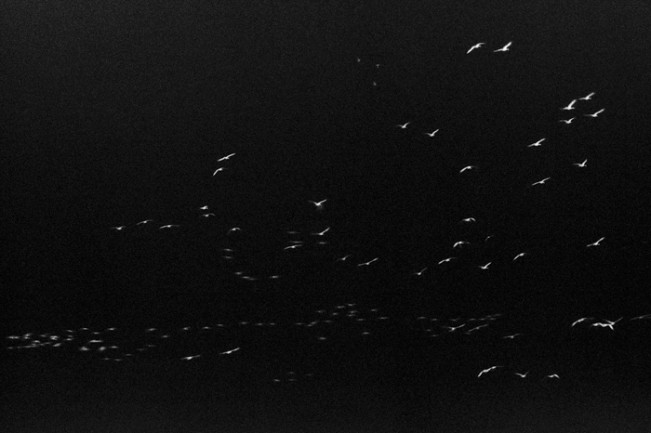 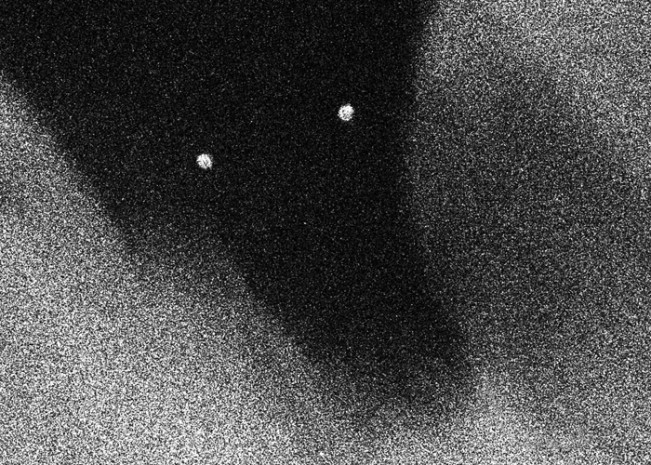