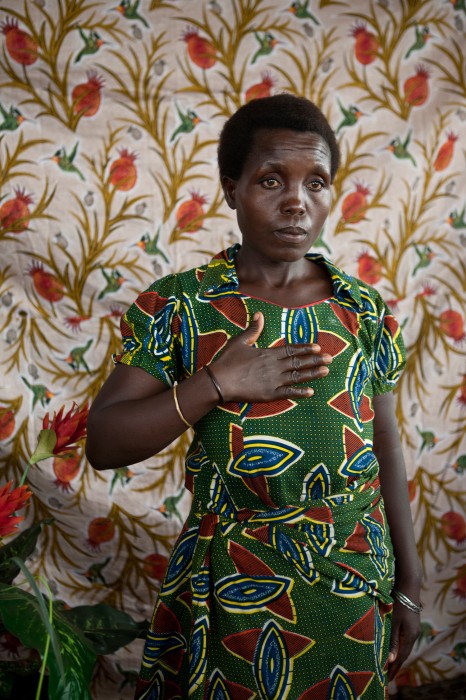 The School at ICP presents Take Ten, a photographic exhibition that explores critical issues facing women and children today including sex trafficking in Eastern Europe and racial and digital identity in Africa and the United States.

Curated by alumna Nancy Borowick and Alison Morley, Chair Documentary Photography & Photojournalism Program, Take Ten features the work of ten female photographers, who are alumnae of ICP’s Full-Time Programs. Through varying approaches—visual journalism, documentary-style portraiture, and video—the artists ground their work in the landscape of contemporary media culture and introduce the viewer to their vision through underrepresented voices.

“Women’s engagement with photography goes back to the origins of the process and women photographers made crucial contributions to photojournalistic practice from its beginnings,” said co-curator Alison Morley. “From Jessie Tarbox Beals to Dorothea Lange and Margaret Bourke-White, women demonstrated the tenacity and dedication required to envision and carry out long-form reportage, whether their subject was the Dust Bowl or prison life or war.”

“These projects not only represent unusual and unnoticed facets of contemporary society but also introduce us to ten courageous sensibilities,” said co-curator Nancy Borowick. 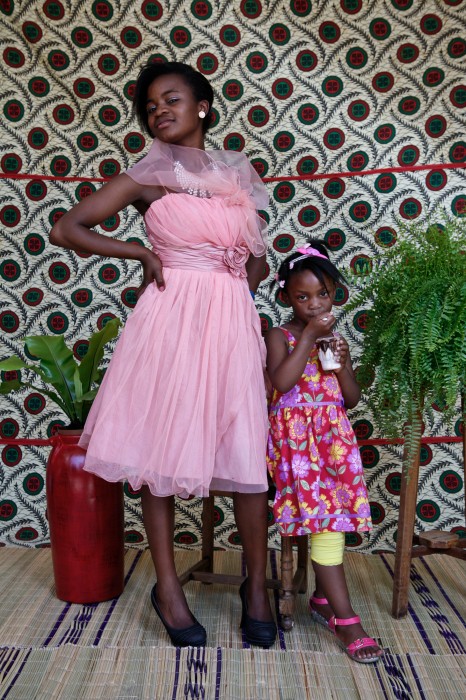 Alexia Webster is a South African freelance photographer born in Johannesburg. She has traveled widely through the African continent as a documentary photographer.

Her work has been published in numerous publications, including The New York Times, The Guardian, The Washington Post, The Times, The Observer Magazine, the San Francisco Chronicle, the Sunday Telegraph, The Age Australia, the Sydney Morning Herald, This Magazine Canada, Marie Claire and SonntagsZeitung Switzerland.

In 2007 she received the Frank Arisman Scholarship at the International Center of Photography in New York City where she completed the program in Documentary Photography and Photojournalism.

Annie Ling, Tunde’s trafficker, the father of her children, is currently in jail for unrelated crimes. Today, she is happily married to a different man, but two of her children were taken from her by social services. Tunde, her husband, and a third child live in poverty, and they are struggling to make ends meet each month. Her biggest wish is a little house with a garden for her family. From the series AWHERENESS: Human Trafficking in Romania and Moldova 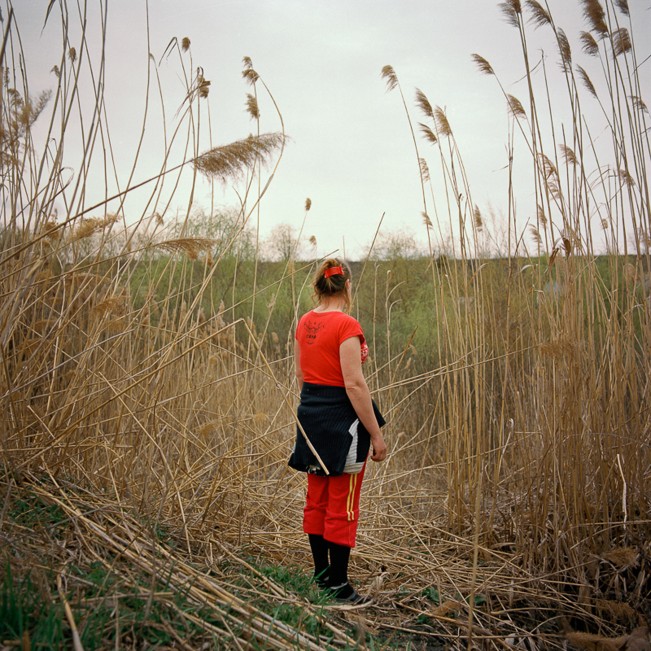 Annie Ling, Andrea scavenges for edible plants in the fields outside of Chisinau, the capital of Moldova. Two years before, burdened with an unemployed, abusive husband and three young children, Andrea decided to go work abroad. She learned of a job in a store in Turkey and went with another woman. Once in Turkey, the two were locked up in an apartment and their paperwork destroyed. They were forced into prostitution for two months. The woman pimp beat and starved them when they disobeyed. They were released in a raid when the neighbors called the police after much screaming, and eventually found their way back to Moldova. From the series AWHERENESS: Human Trafficking in Romania and Moldova

Annie was recently awarded the New York Foundation of the Arts (NYFA) fellowship for photography. Previously, she was a fellow of Reflexions Masterclass, a laboratory investigating the evolution of the language of visual representation and photography. She is also a recipient of a Director’s Fellowship from The International Center of Photography. 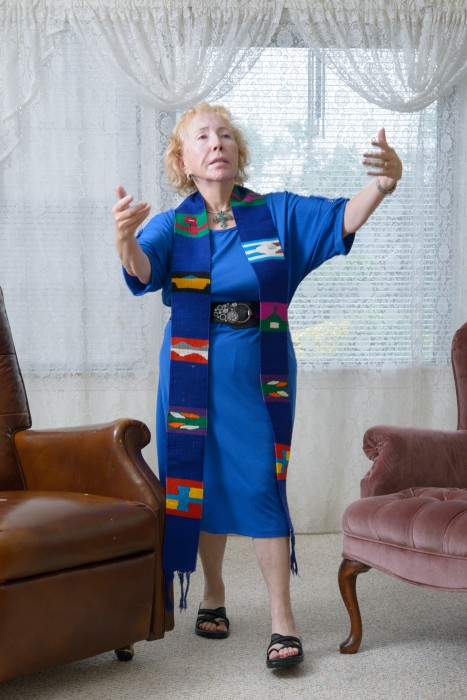 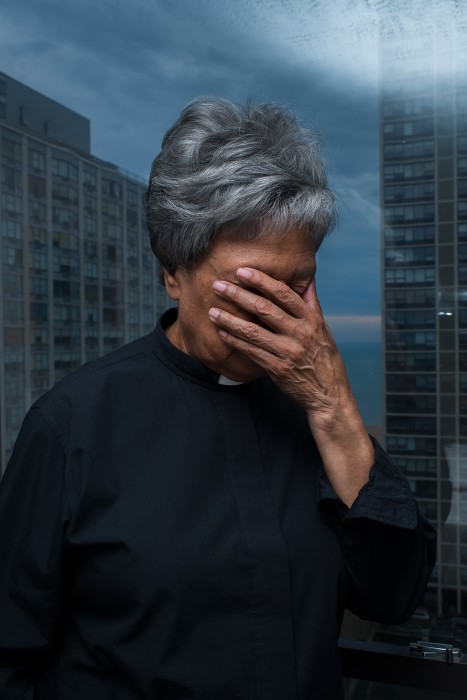 Giulia Bianchi tells stories with words and photos. She currently lives between Italy and Israel and she’s working on book projects. 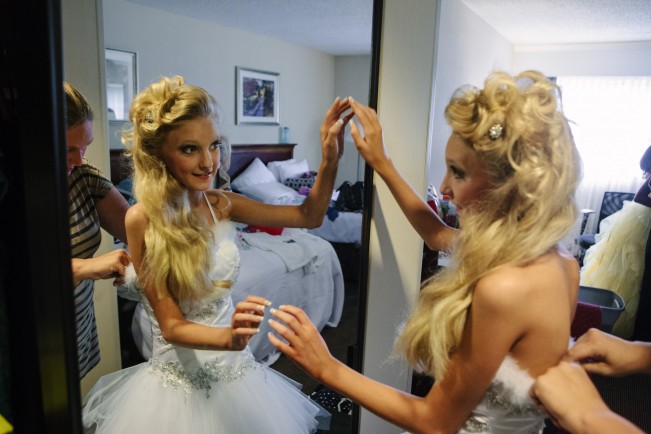 Ilana Panich-Linsman, Emily Dextraze is a 12-year-old beauty pageant competitor who lives in Westfield, Massachusetts. From the series The Tree and the Apple: Tilting Toward Adolescence 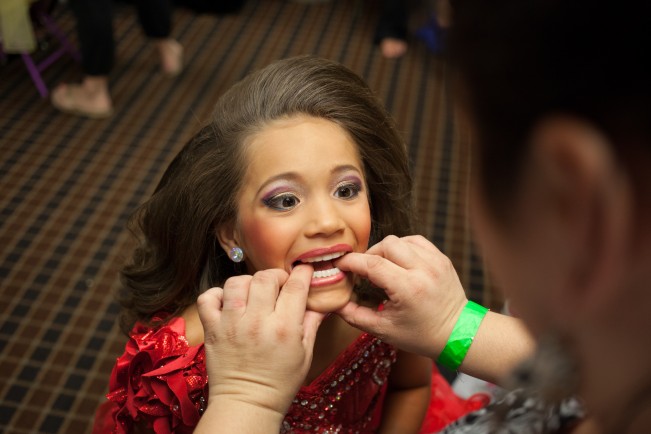 Ilana Panich-Linsman, From the series The Tree and the Apple: Tilting Toward Adolescence

Ilana Panich-Linsman is a photojournalist, multimedia producer, and documentary photographer based in Austin, Texas. She is represented in Europe by Keystone Agency. In the U.S., her clients include The New York Times, the Wall Street Journal, NBC News, The Boston Globe, and CNN.

In 2014, she was named one Magnum Photo’s 30 under 30. Her work this year has also been recognized by the Lucie Foundation; the Oso Bay Biennial XVIII; Slideluck Potshow, Austin; and the Lumix Festival, Hannover, Germany. Her work will appear in the AI-AP American Photo 30 and Fotografia Magazine.

In late 2013, her work was showcased on the New York Times photojournalism blog, Lens; and in 2014 on CNN Photos. Other awards and honors include the Multimedia Award at the 2010 Lumix Festival for Young Photojournalism; also that year she was nominated for the World Press Photo Joop Swart Masterclass.

Panich-Linsman is a graduate of the International Center of Photography’s photojournalism program (New York, New York) where she was awarded a Director’s Fellowship. She holds a bachelor of arts degree from Scripps College (Claremont, Calif.), completed the Eddie Adams Workshop in 2009, and will graduate in late 2014 from the University of the Arts, London, with a Master of Arts degree in photojournalism and documentary photography. 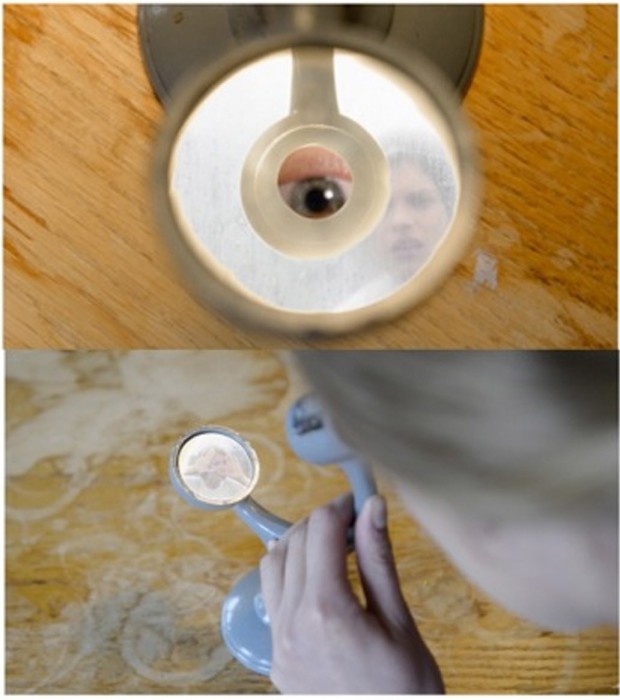 Julie Nymann, Looking through a grain focuser, the observer notices a dancer. The eye of the beholder, 2014

Julie Nymann is an interdisciplinary artist working with photography, video, and installation. She lives and works in New York City and Copenhagen.

Laís Pontes is a Brazilian conceptual artist. She gained international recognition through her project “Born Nowhere” which founded the concept of creating characters using crowd-sourcing through the social media platform, Facebook.

Laís was born in Fortaleza, Brazil in 1981. She is currently pursuing a Master in Fine Art at School of the Art Institute of Chicago – SAIC. In 2011 she graduated from the International Center of Photography in NYC.

She has been exhibiting her work worldwide. In 2011, the project Born Nowhere was selected to Paraty em Foco 7th International Photo Festival, the biggest photography event in Brazil. That same year it received the Juror’s Prize from Barbara DeGenevieve at Filter Photo Festival 2011 in Chicago. In 2012 she exhibited her work at Premio Arte Laguna and at International ArtExpo, both in Venice, Italy. Her work has been published in well-known magazines and blogs in South Korea, Romania, Spain, Italy, USA, Brazil and Mexico. These publications include El País, The Creators Project, Lenscratch, Itsliquid and PDN Pulse. 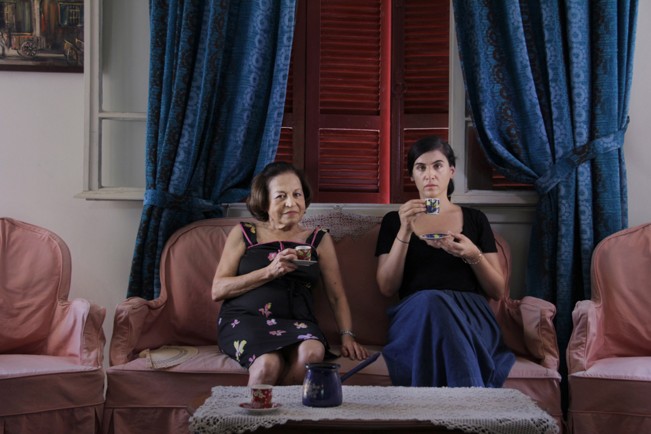 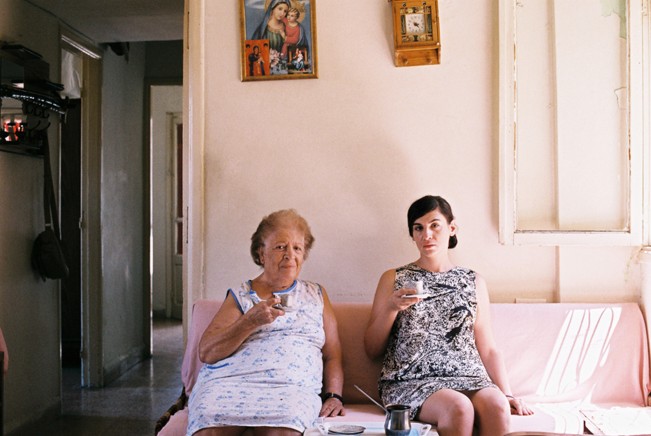 Lara Tabet is a Lebanese-born photographer and pathologist. She currently lives in Beirut, Lebanon. 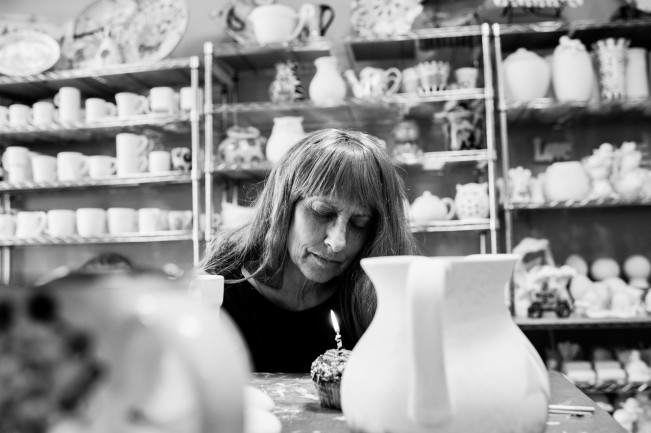 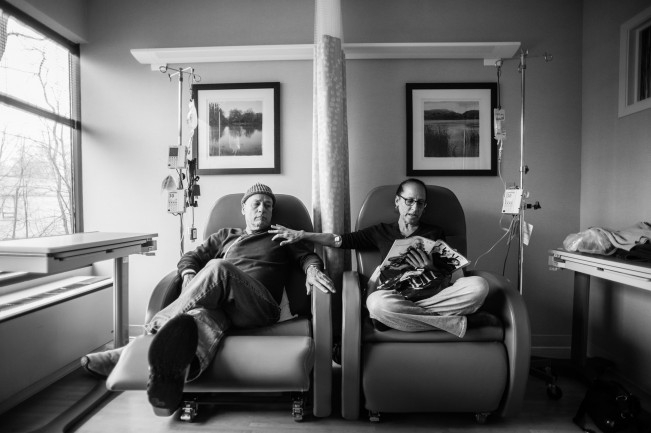 Nancy Borowick is a humanitarian photographer and is currently based in New York City. She is a graduate of the Documentary Photography and Photojournalism program at the International Center of Photography and holds a degree in Anthropology from Union College.

Over the previous ten years Nancy has narrowed the focus her work, telling stories of illness and personal relationships, using compassion, humility and trust as tools to connect with, and explore the lives of her subjects. Nancy’s most recent focus has been her parents’ battles with cancer.

Nancy is a regular contributor to the New York Times, Newsday, amNY, and Corbis and her work has also been featured in the International Herald Tribune, Lens Blog, CNN, Time.com, Photo District News, the Washington Post, and Feature Shoot. She was named one of the 2013 Magenta Foundation Flash Forward Emerging Photographers and Borowick participated in the 2nd Annual New York Portfolio Review sponsored by the New York Times Lens Blog. In 2014 Borowick was named one the Best of ASMP featured photographers as well as one of Lens Culture’s Top 50 Emerging Talents. She was chosen to participate in the 27th Eddie Adams Workshop and was awarded $1000 for the Innovation in Visual Storytelling from Storehouse. She was also selected to exhibit her Cancer Family, Ongoing project in a slideshow at Visa pour l’Image in Perpignan, France. This project was also selected to be exhibited in the slideshows at the Oberstdorfer Fotogipfel Photofestival in Germany, the Obscura Photo Festival in Malaysia and the Angkor Photography Festival in Cambodia. She was recently named one of Emerging Photographer Magazine’s select photographers and took home two wins in PDN’s Faces competition. 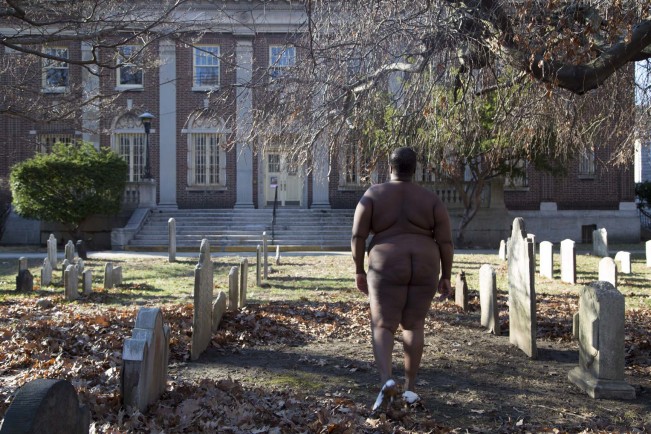 Nona Faustine, And on this spit of land Massa and I reside, 2014, Vlake Bos, Kings County, New York. From the White Shoes series 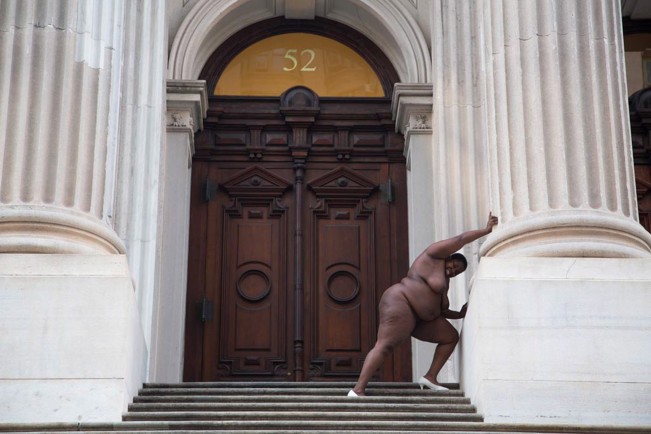 Nona Faustine, They tagged the land with Institutions and Trophies from their Rapes and Conquests, 2013. New York, New York

Nona Faustine is a visual artist and writer based in Brooklyn, New York. Her work speaks to gender and beauty politics and the legacy of violence pathologies on the body. The use of video, mixed media, and installation being several of the tools that are employed. 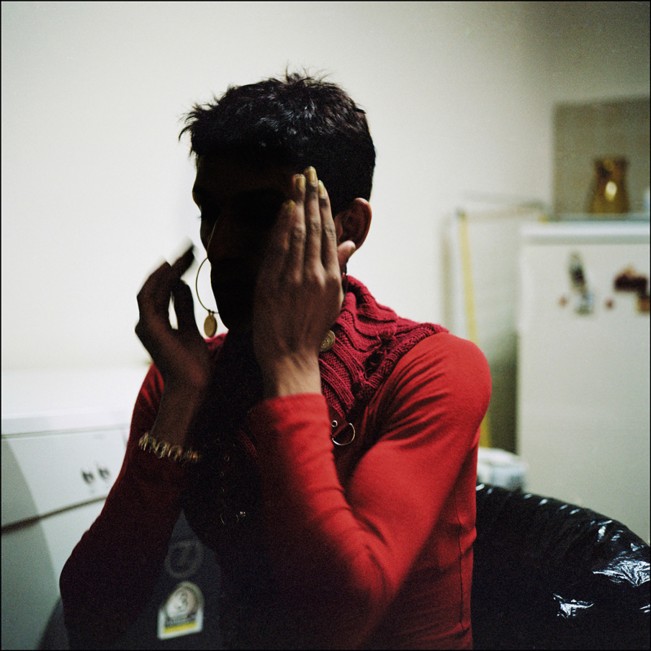 Tiana Markova-Gold, Kristina, 22 years old, is the only transgender or male sex worker who works in the street on a regular basis. She has been the victim of numerous incidents of violence, physical as well as emotional and psychological. Skopje, Macedonia 2010

Tiana Markova-Gold, Jasmine, 52, has been a sex worker for 11 years in Macedonia. Macedonia 2010

Tiana Markova-Gold is a freelance documentary photographer and visual artist based in Brooklyn, New York. She received a New York Times Scholarship to attend the full-time Photojournalism Program at the International Center of Photography in 2006-07. She has traveled extensively, documenting social issues with a particular focus on women and girls. Her work addresses issues around sexuality, empowerment, marginalization, representation and choice.

Tiana’s photographs have been recognized in numerous photography contests including Pictures of the Year International, New York Photo Awards, PDN Photo Annual and American Photography. Her work has been included in exhibitions at Sasha Wolf Gallery, Exit Art, New York Photo Festival and HOST Gallery in London, England, among others, and has been featured at several international photography festivals including Lumix Festival of Young Photojournalism in Hannover, Germany, LagosPhoto Festival in Lagos, Nigeria and GuatePhoto in Guatemala City.

Since the spring of 2007, Tiana has been working on an in-depth project about the experiences of women in prostitution. This project has included work in the United States, Macedonia and Morocco. Her work has earned her several fellowships and grants including a Camera Club of New York Darkroom Residency, a New York Foundation for the Arts Fellowship in Photography and the Dorothea Lange-Paul Taylor Prize from the Center for Documentary Studies at Duke University for her on-going collaboration with writer Sarah Dohrmann about prostitution and the marginalization of women in Morocco. Her first solo show, Scènes et Types, featuring her work in Morocco, opened in April 2013 at the Camera Club of New York.