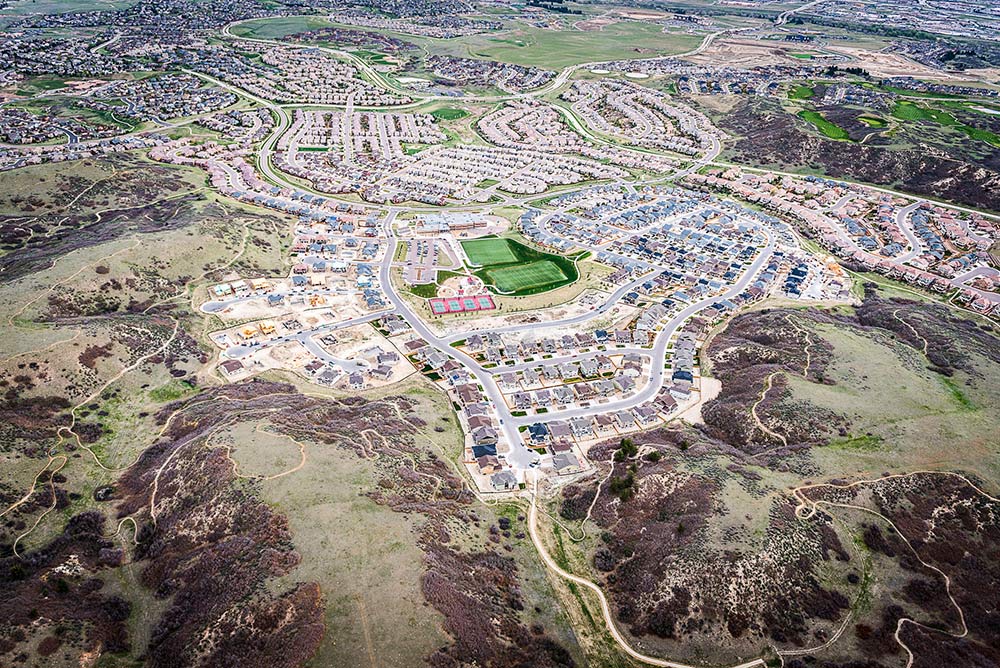 I seek to challenge our understanding of the relationship between human development and the natural world by documenting the way we use the land. As a geologist, when I fly over the high plains of eastern Colorado, I look at the many, overlapping layers and how the land has been modified by a combination of processes, both natural and manmade.  The lowest layer, the land itself, has been created over literally millions of years and forms the foundation.  Draped on top of that is what mankind has imposed in various ways; activities and structure that are collectively called “progress.”  While my main interest is the subtle beauty of the landscape itself, I also like to tease out what man has done with that land, and make the viewer wonder what is going on and why. — Evan Anderman

In Plain Sight, an exhibition of aerial images by Denver-based fine art photographer and pilot Evan Anderman, opens tonight at the Denver Central Public Library and will run through December 31st, 2016. During the past three years, Evan has taken hundreds of flights over parts of the American West that few people visit: Eastern Colorado, Western Kansas, and rural Wyoming. On November 12 from 2 – 4 pm, Evan will be giving an artist lecture at the library. In Plain Sight reveals a bird’s eye view of feedlots packed with cows, fracking wells surrounded by semi-trucks, vast wind farms, water treatment plants, gravel mines, and other human impacts that are hidden from everyday view. Valerie Santerli, owner and director of RULE, Denver’s long-running contemporary art gallery, helped guest curate the exhibition.

Evan Anderman’s work can be found in the Denver Art Museum collection and has been exhibited at institutions nationally and internationally, including the DongGang International Photo Festival/South Korea, Mt Rokko International Photo Festival/Japan, The Midwest Center for Photography, The Dairy Center for the Arts, The Arvada Center, American Mountaineering Center, Denver International Airport, Carmen Wiedenhoeft Gallery, The Colorado State Capitol, Robischon Gallery, Lamont Gallery, Buttonwood Art Space, and in his own gallery in Denver’s Santa Fe Arts District. In November 2013, Anderman was honored for his unique environmental photography with the inaugural Photo District News (PDN) Duggal Image Maker Award. He currently serves on the Board of Directors of CENTER Santa Fe. Before becoming a full-time photographer, Anderman spent decades working as a geologist, and holds a Master’s and a Ph.D. in Geological Engineering from the Colorado School of Mines and a BS in Geological Engineering from Princeton University. 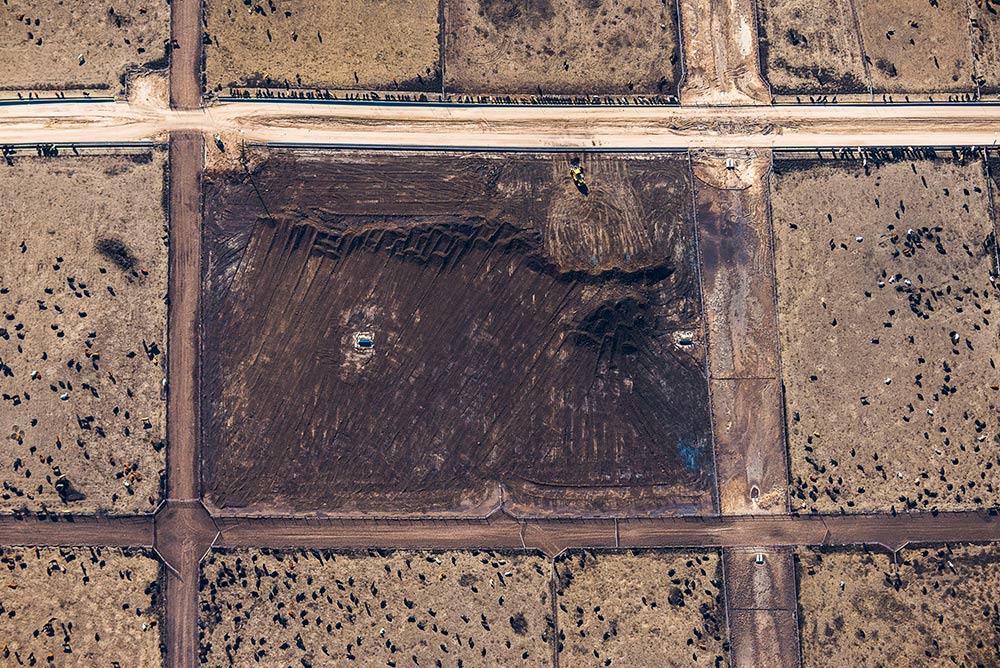 “At first, my intention was to capture the beauty in these less-traveled landscapes as I had in the past,” said Anderman, whose aerial photography earned him PDN’s Duggal Image Maker Award in 2013. “But it’s a different story now. Human activity is altering the land at a pace that is impossible for me to ignore”.

“Part of my role as an artist is to shine a light on aspects of our society that people aren’t seeing,” Anderman said. “I think we’ve become disconnected from the reality that it takes a massive amount of infrastructure to support our desire to live in big houses and drive big cars. When you’re on the ground, it’s difficult to appreciate the scale of these operations or get access to them. But from the air, it’s all right there in plain sight.” 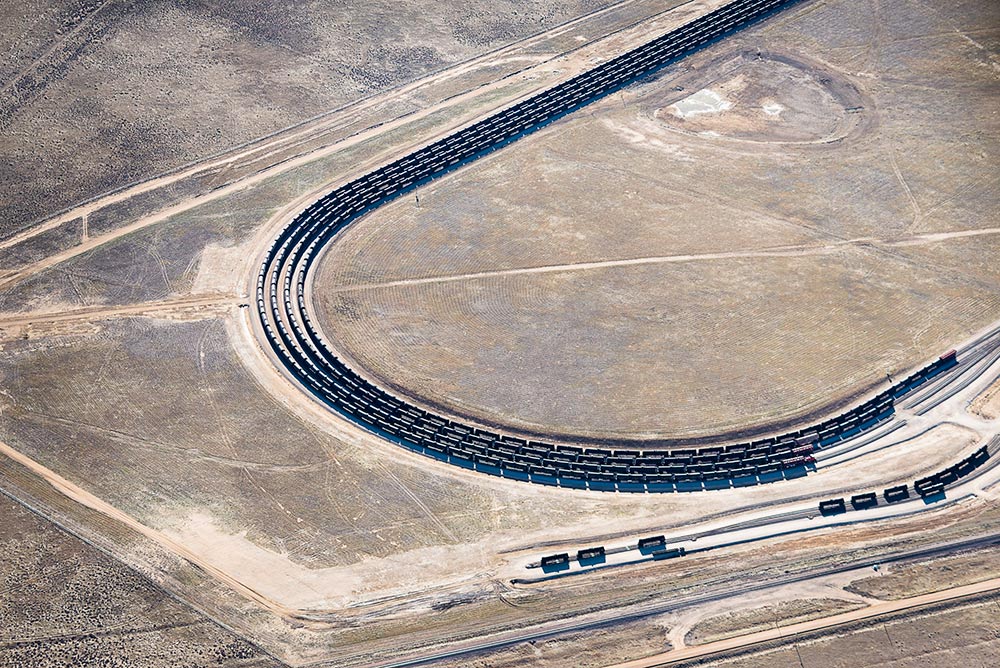 “Evan’s images have a contemporary visual appeal that immediately draws you in before you realize what you’re looking at,” she said. “Thousands of tiny black dots are actually cows in a feedlot. Piles of silver toothpicks are massive wind turbine blades. Each image is meticulously composed, with exquisite attention to detail. His work can be viewed on multiple levels, which is why I find it so fascinating.”

Despite the political undertones some may perceive in Anderman’s work, he does not consider himself an activist.

“I’m an artist first, and I don’t try to be an expert in all the things I photograph,” Anderman said. “My hope that these images will help open peoples’ eyes to their surroundings and provide a springboard for discussion.” 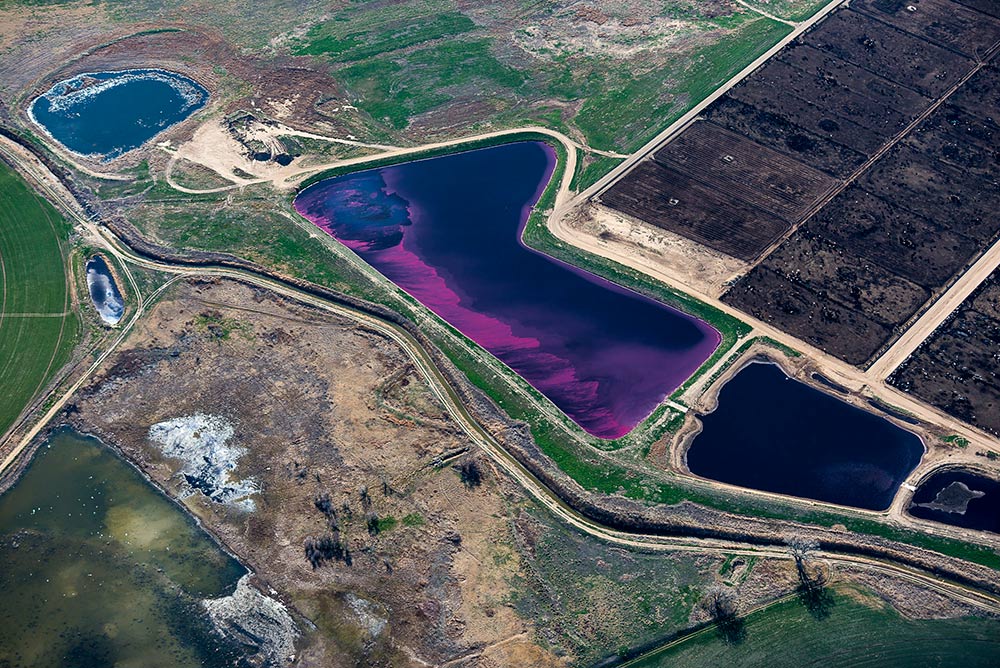 Early 20th-Century expressionist artist Paul Klee said that “art does not reproduce the visible; rather, it makes it visible.” This observation aptly describes my aerial photography that brings awareness to things that we might not otherwise see.

There are many parts of our infrastructure that are probably not known to you. They are hidden all around us, manifestations of our culturally-constructed desire to drive big cars and live in big houses. As more population moves from the countryside into urban settings, we are becoming increasingly disconnected from what it takes to support a city. Like it or not, we are all part of a big, interconnected system, and everything we do affects that system. The ominous beauty in these unknowns suggests we will out-use our planet if we continue at this pace. The only hope for optimism is if we try to see what’s there and work with nature to minimize our footprint.

I hope that these pictures will provide a springboard for you to observe your surroundings and start the discussion. If only. 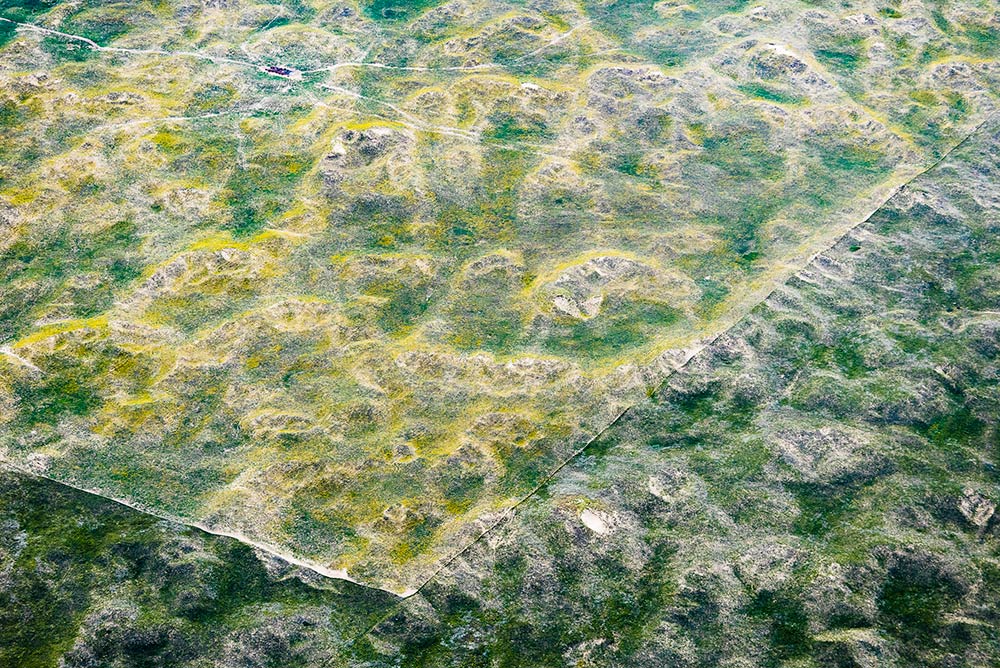 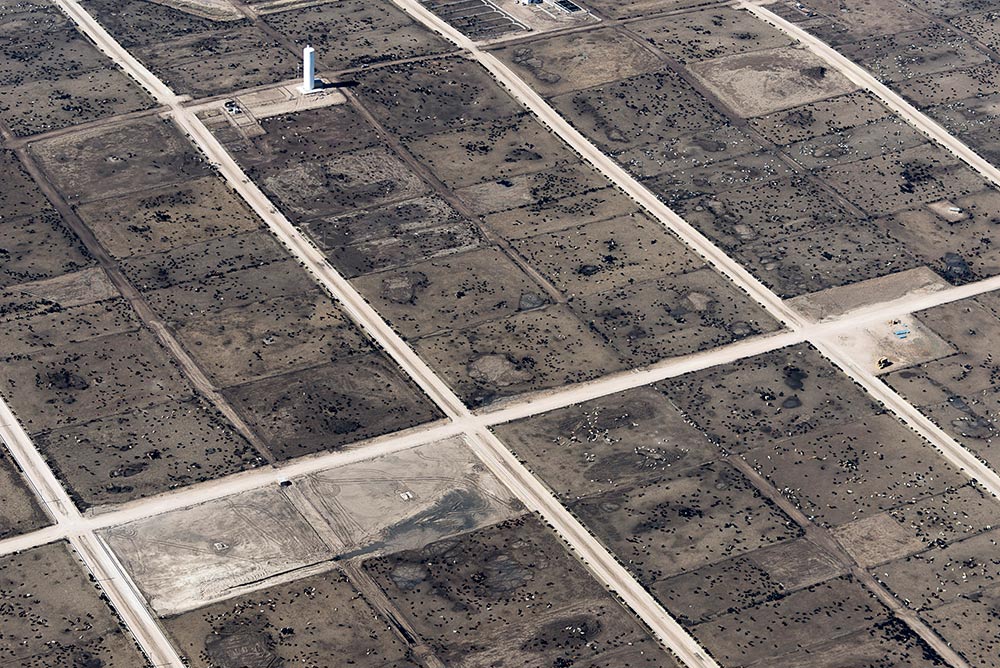 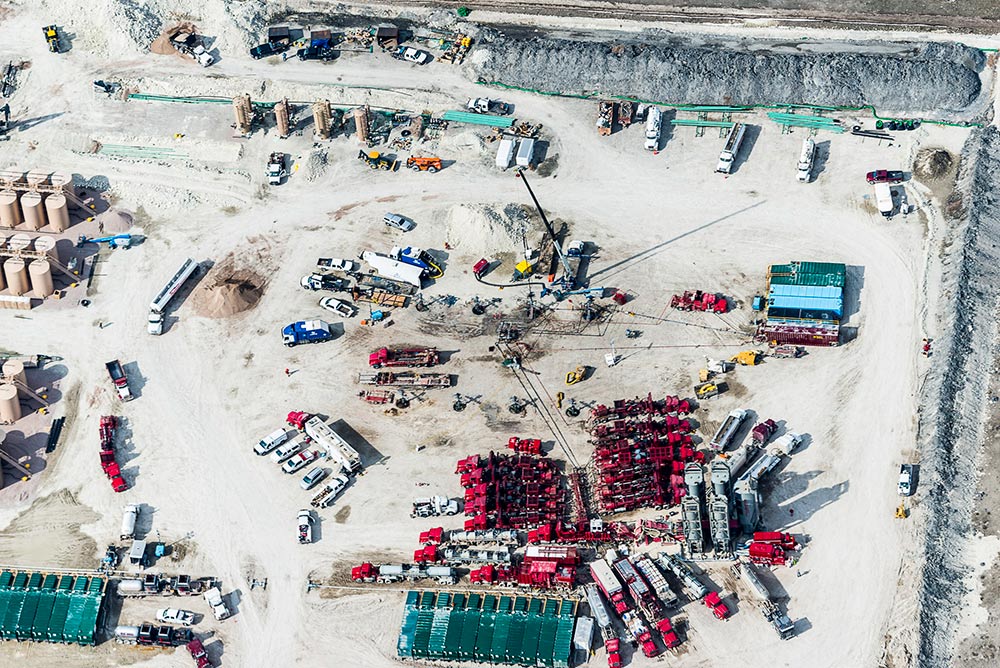 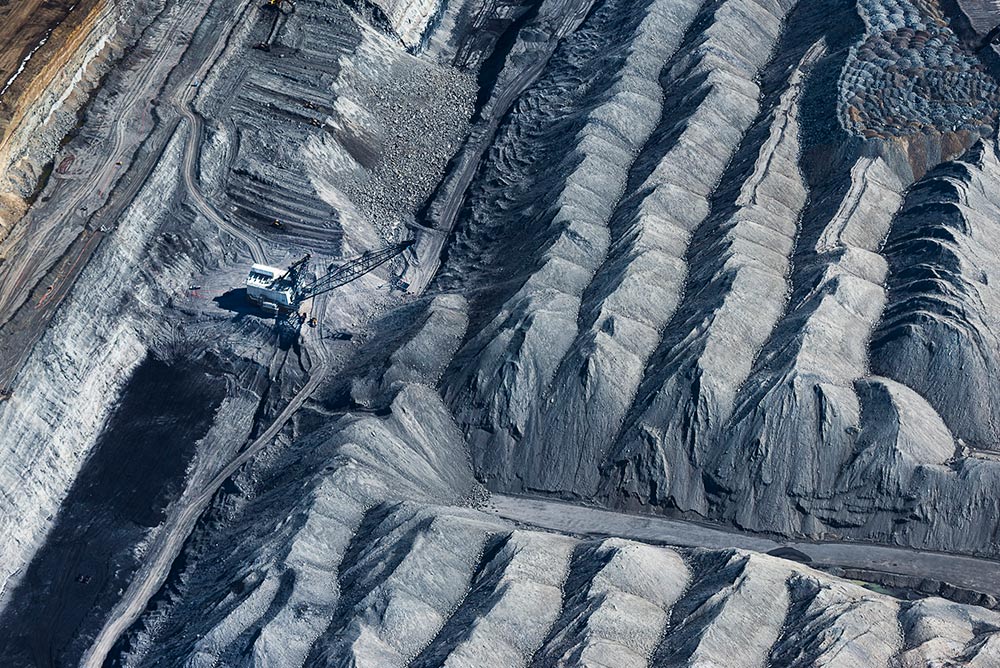 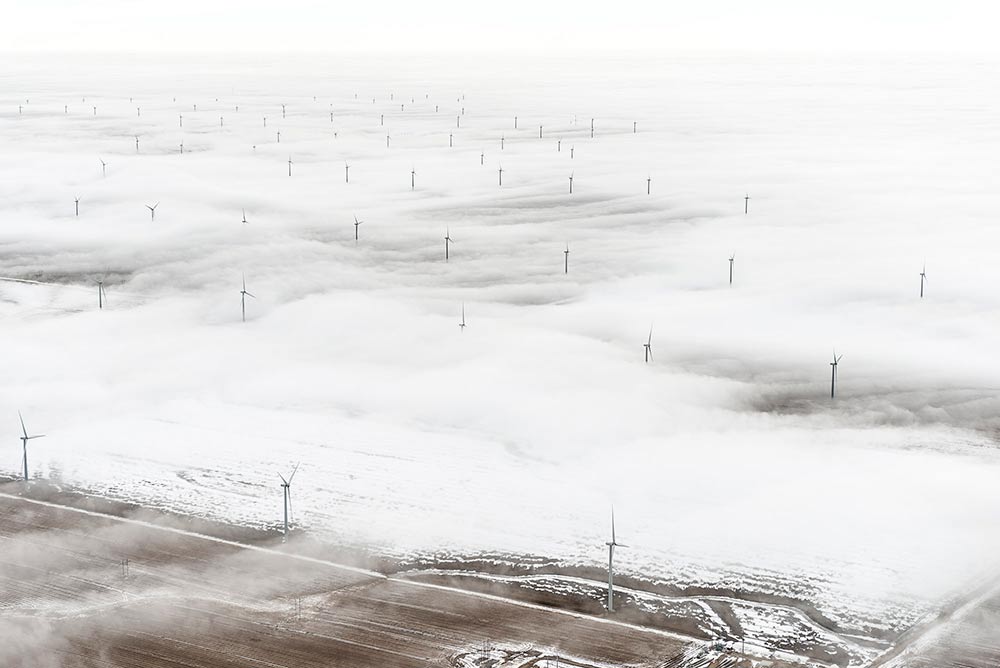 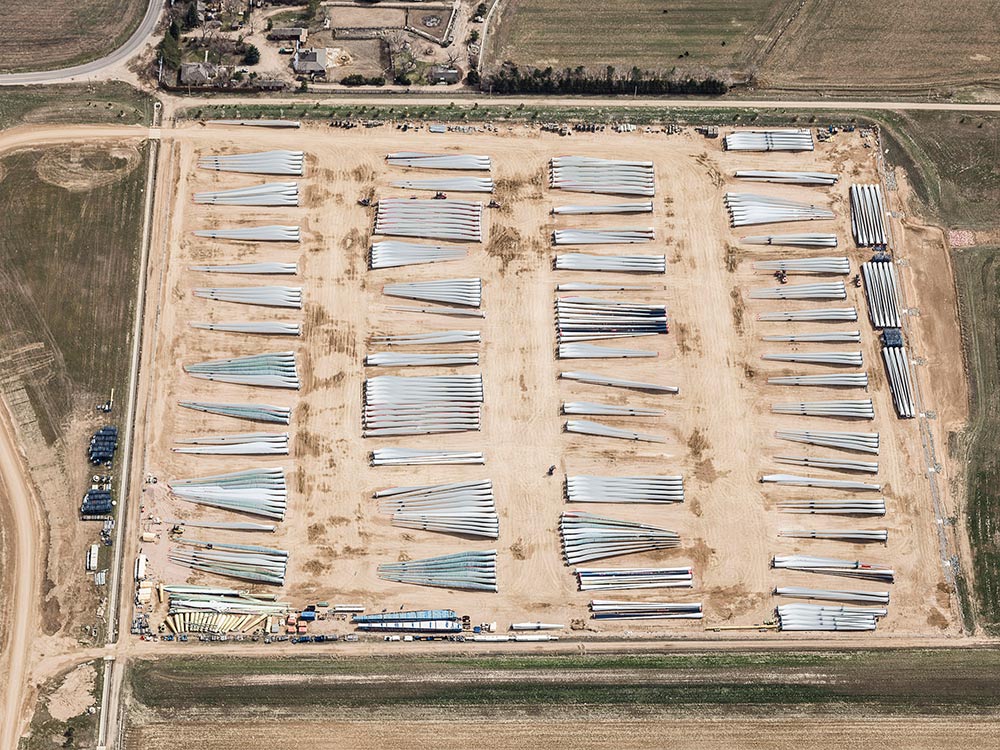 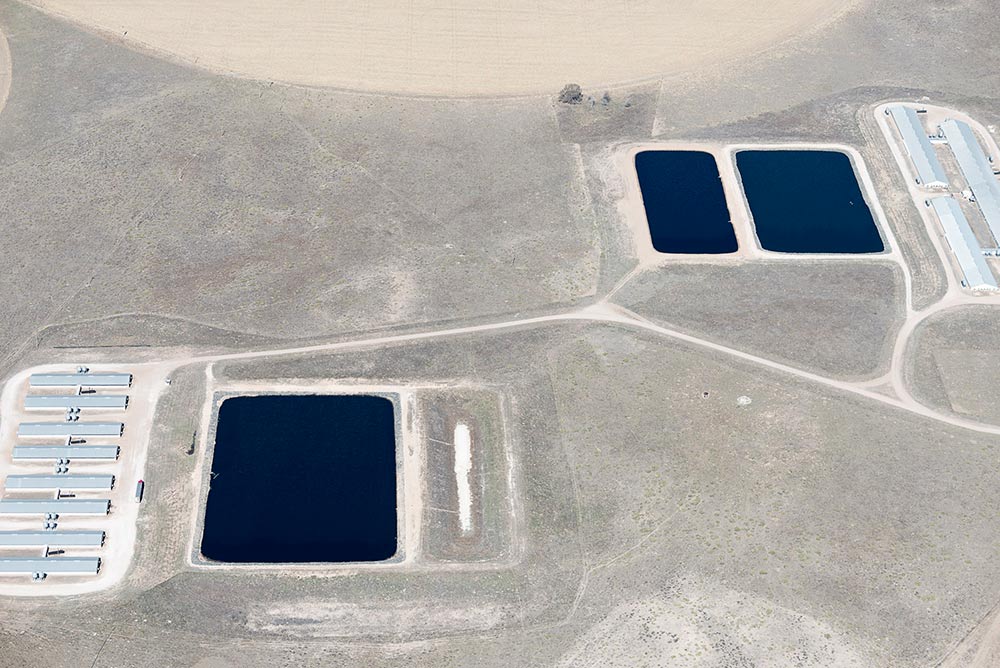 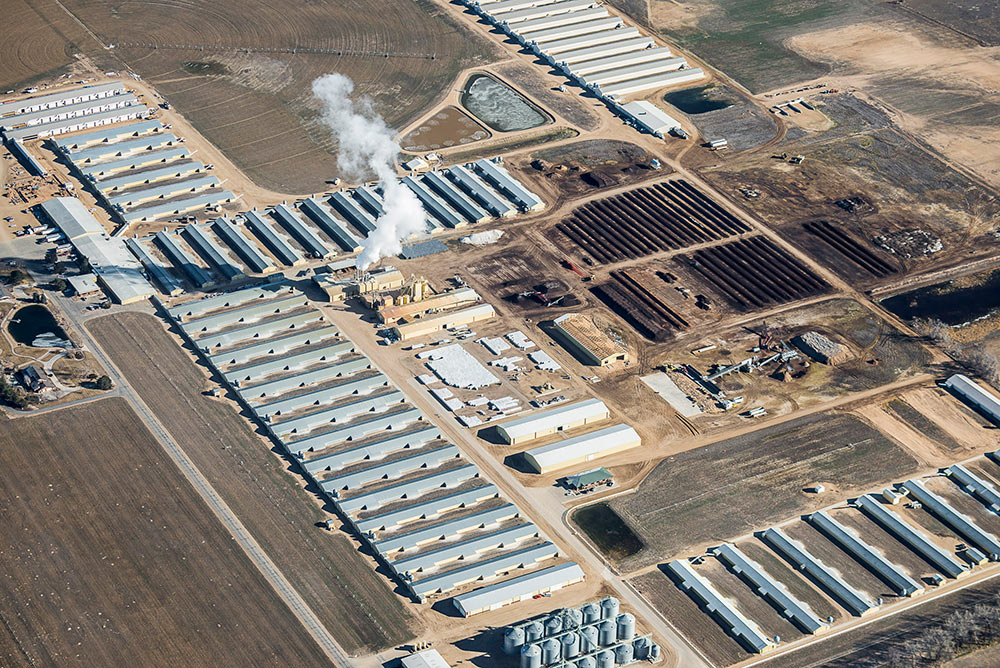 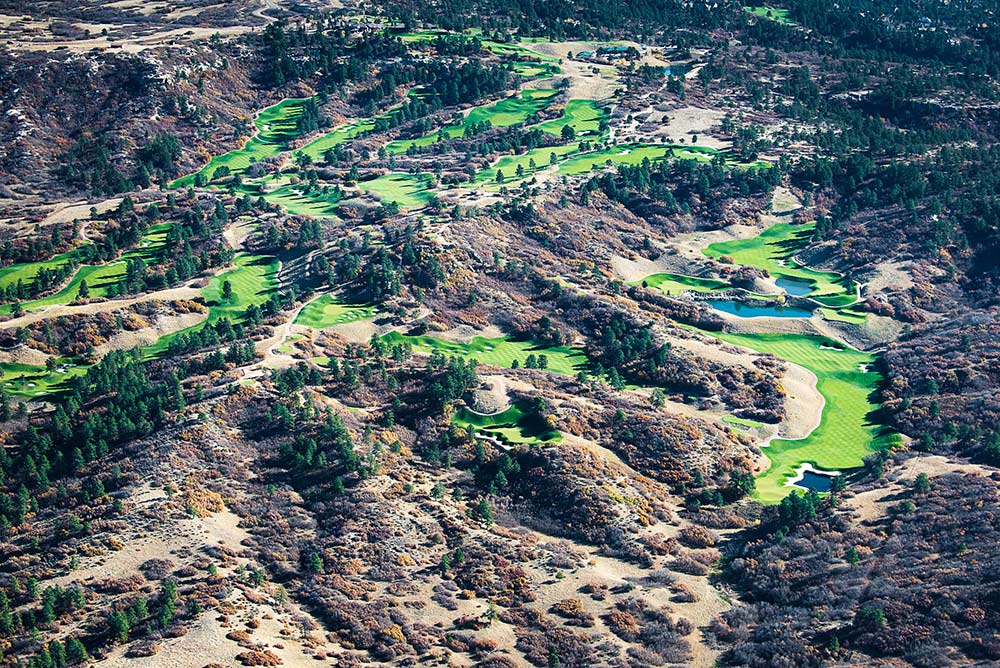 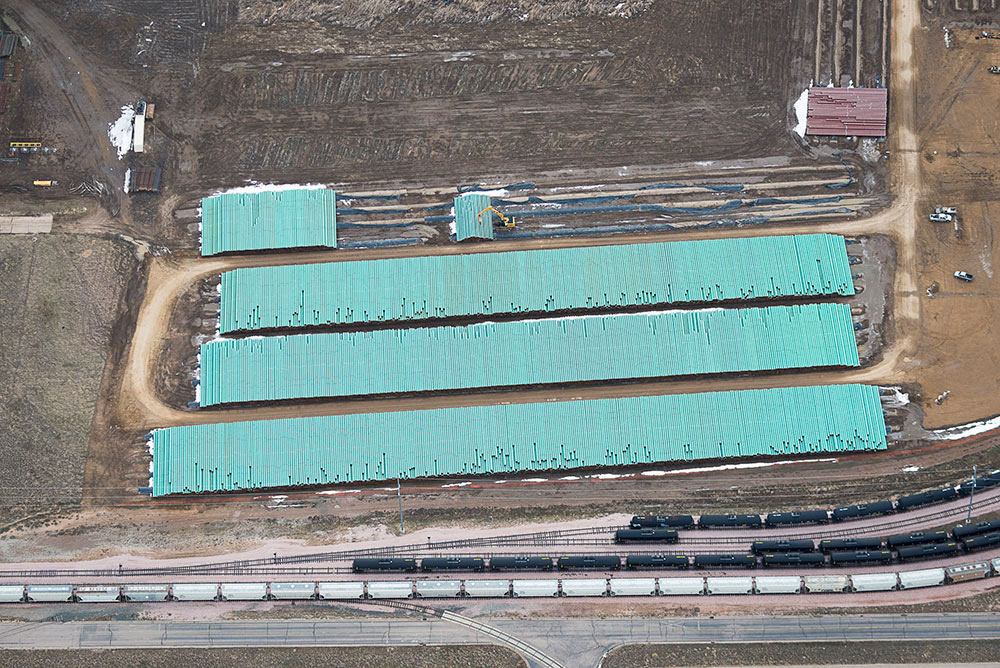 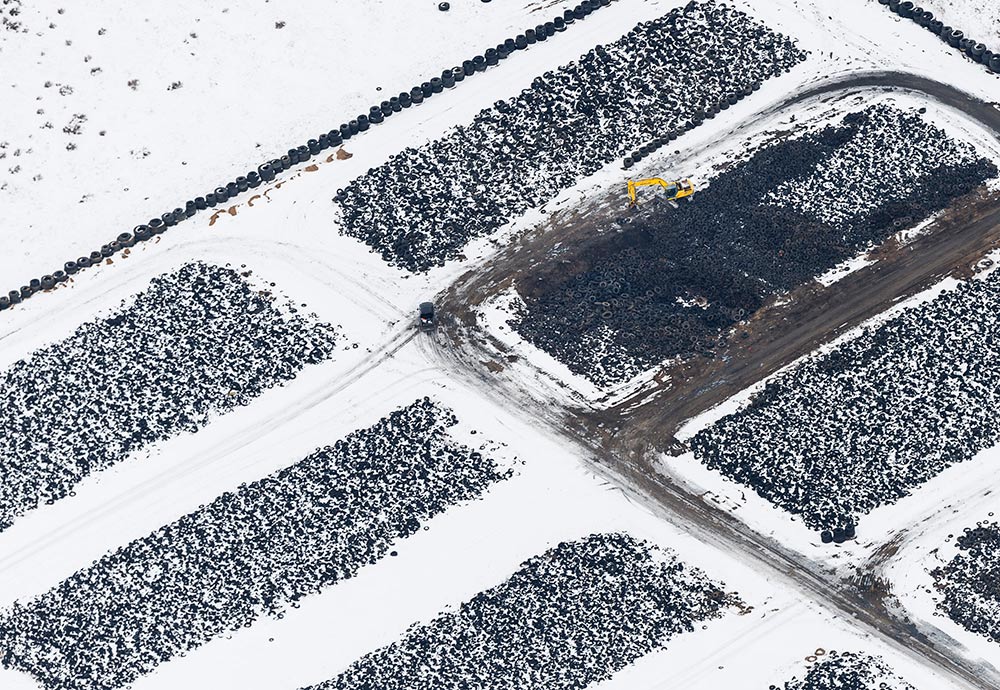 NEXT | The Curated Fridge at Photoville >
< Collectors’ Favorites: Stories on why we collect photographs | PREV