Looking at photographers from Review LA….

Steve Davis is a photographer whose images reflect sensitivity and humanity, capture moments just out of view, and tell stories of life on the fringes. They are not headline stories, but quiet, unseen, overlooked stories. Steve won 1st place in the Santa Fe Center for Photography’s Project Competition Award in 2002, and received two Washington Arts Commission/Artist Trust Fellowships. His work has appeared in Harper’s, the New York Times Magazine, and is in the collections of the Houston Museum of Fine Arts, the George Eastman House, the Tacoma Art Museum and the Musee de la Photographie in Belgium.

The project that he brought to Review LA, was As American Falls, and it captures a community in decline, but not ready to give up hope. I am also featuring portraits from Ranier School, to showcase Steve’s ability to capture the disenfranchised with compassion and insight.

As American Falls fades from my life, I find myself vainly attempting to lock it’s memory to a position of tenderness and beauty–backdropped by allergy ridden summers and iced over winters; of cleaning steamy french fry furnaces one hour, and frigid potato freezers the next. 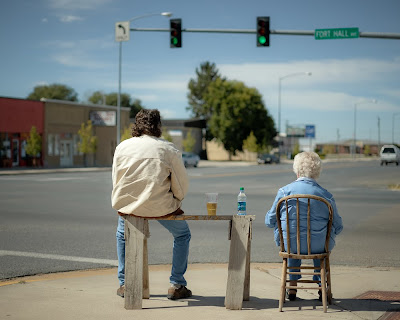 Overlooking southeastern Idaho’s Snake River–tamed and fattened by a massive dam, illuminated by brilliant sunsets–American Falls seems to be dying a death that is as slow as it is unspectacular. The local businesses of the past are all but gone, devoured by monsters like Walmart–25 miles from town. Agriculture, the primary source of the town’s economy has also felt the corporate bite. Family farms that made Idaho known for their “Famous Potatoes” are disappearing in favor of giant farms controlled by international conglomerates. A future coal gasification plant for fertilizer production is seen by many as the town’s best hope. 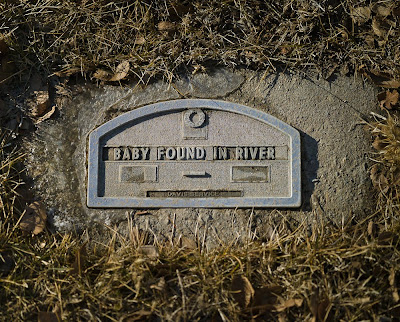 I moved to Idaho with my family when I was ten. (The joke is) none of my family members who chose to stay in Idaho got out alive. The economy, agricultural pollution, the wind and the cold make this town a place not for the weak or faint hearted. In spite of the challenges that face American Falls, people make lots of babies. They go to churches, go to bars, and many, while still young and independent, just go; as did the town’s namesake–destroyed by the very dam that irrigates the crops that feed us. 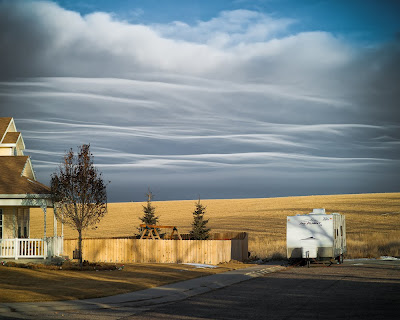 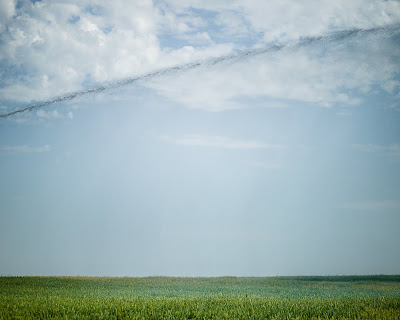 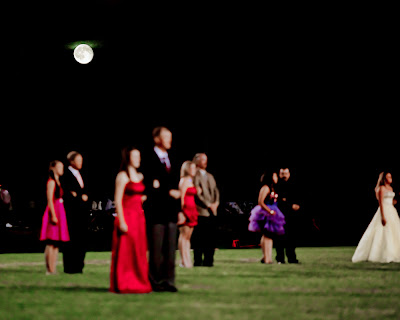 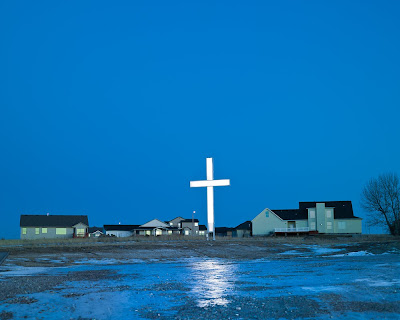 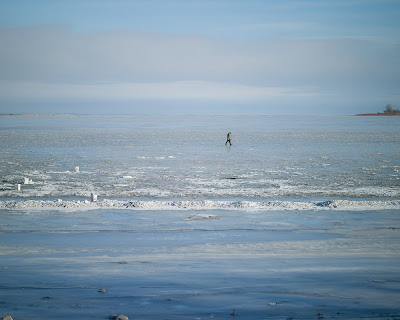 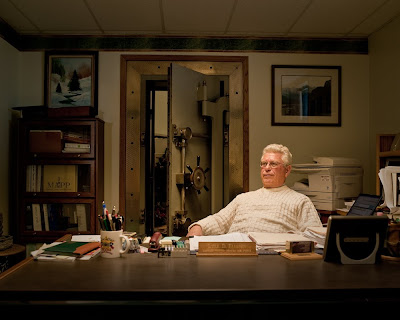 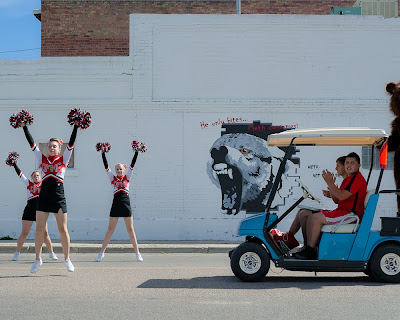 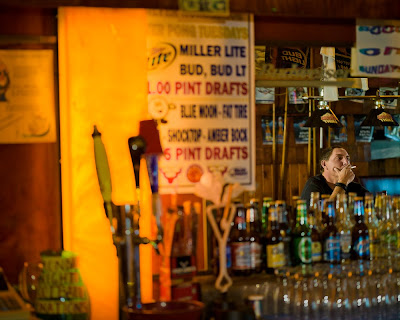 The Rainier School is a state operated institution for the developmentally disabled, not far from Seattle at the base of beautiful Mount Rainier. The school at the Rainier School disappeared years ago. There are no young people. Many of its residents have lived there for their entire lives. They have been betrayed by their minds, and many cases, their bodies. Most of its residents are now elderly, and this extensive campus (complete with pool, bowling alley, restaurant and its own farm) is now home to only about 370 people, about 20% of its peak capacity. 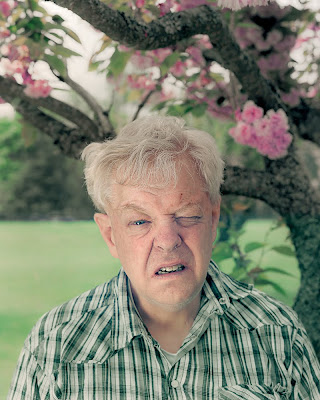 My objective was to document the final days of a school-turned rest home. In a sense, it is a carefully monitored prison. In another, it is a charming country club. Nowadays, as we avoid the institutionalization of the developmentally disabled, the Rainier School and many similar facilities are the victims of our social progress. These images represent the end of a major public commitment, and the unique culture it created. 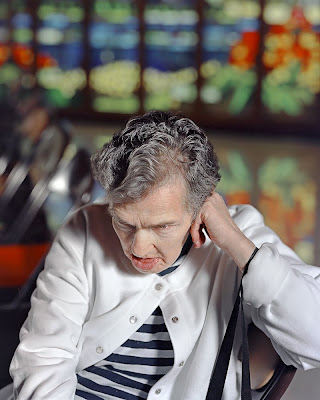 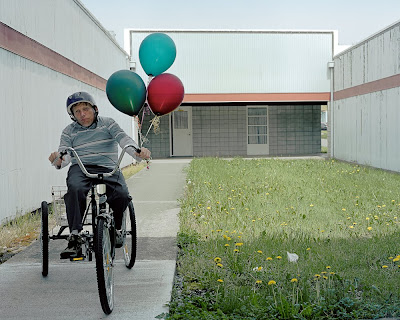 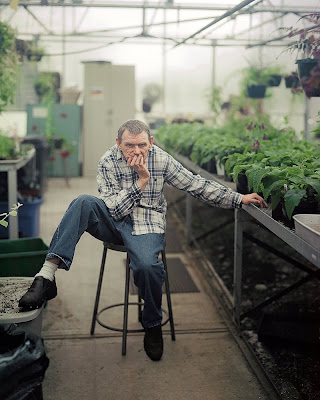 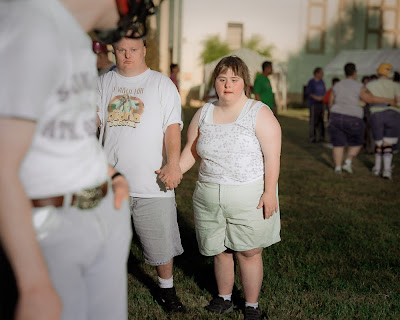 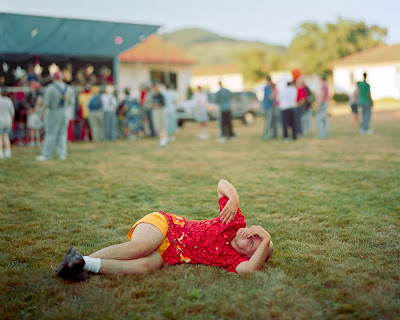 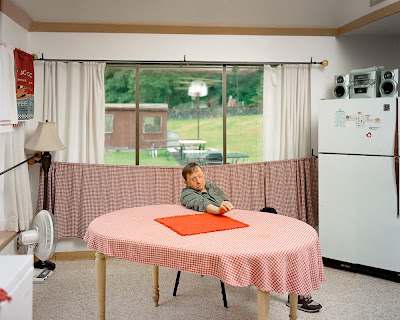 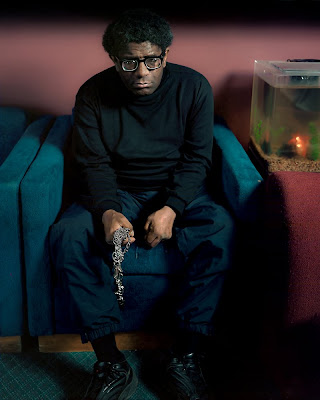