Looking at photographers from Review LA….

I didn’t meet with David Simonton at the reviews, but I’m sure I would have liked him a lot. We have exchanged e-mails over the past year and I have been remiss in sharing his work. David has a movie maker’s eye and a cinematographer’s sensibility, heightening the atmosphere just enough to reel us in. The places he captures appear to be right out of To Kill a Mockingbird, and I can imagine those hot summer nights, the murmurs of southern drawl and the sound of ice in a glass, and a stillness, where a twig snapping means more than the wind. Since moving to North Carolina in 1989, David’s images span 360 cities, town and small rural communities across the state, capturing time standing still.

David’s pictures have appeared in Photography Quarterly, The Photo Review, and The Southern Quarterly: A Journal of the Arts in the South. He has twice been a semifinalist for the Center for Documentary Studies / Honickman First Book Prize in Photography (2002, 2004). And he is the recipient of grants and commissions, including two Visual Artist Fellowships from the North Carolina Arts Council (2000, 2008) and a commission from the North Carolina Museum of Art to photograph the old Polk Youth Center, now demolished, in Raleigh (2000-01). He is also humble, gracious, and brings the a perfect combination of traditional approaches (film, silver gelatin) to work that requires the ability to see the past and the present all at the same time.

“Write about the land beneath your feet.” —Eudora Welty

North Carolina has been my home and my subject since I moved to Raleigh from New Jersey in 1989. Ever since then I have traveled throughout the state making pictures.

In 2008, North Carolina was the third-fastest-growing state in the United States and the fastest-growing state east of the Mississippi River. The state finds itself at a turning point, losing its distinct characteristics to cookie-cutter franchise. As witness to an inevitable transition, I photograph to remember, not to romanticize. 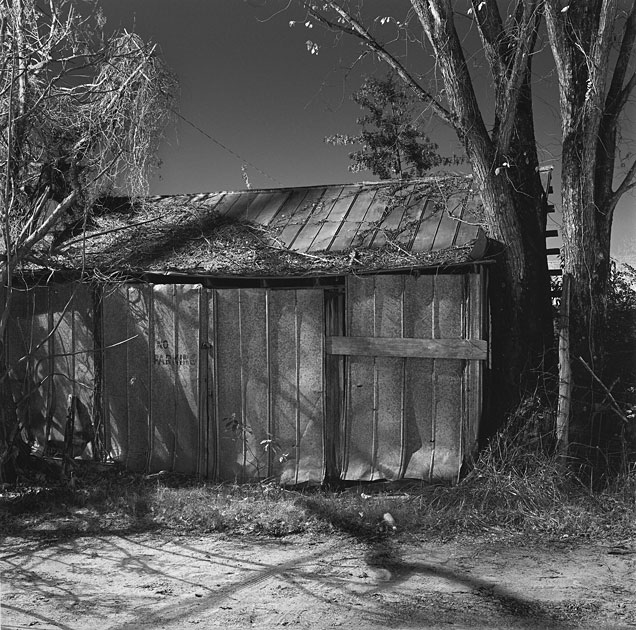 Forty years after beginning, I continue to work in the tradition of straight photography, a tradition that embraces process and the unity of vision and craft. I am a black-and-white-film photographer. I use manual cameras with standard lenses. And I process film and make gelatin silver prints in my darkroom. 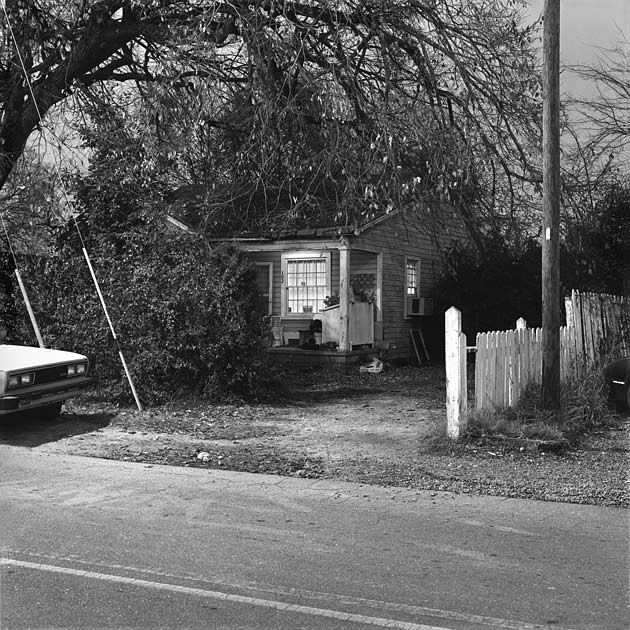 I learned about photography in three related ways: By photographing, of course. By looking at photographs and by listening closely to what others said about the medium—about the power of a photograph to make and leave an impression, about the dual (and often dueling) nature of the photograph itself. Is it a work of art? Is it a document? Dorothea Lange said that for a photograph to work both elements need to be present. 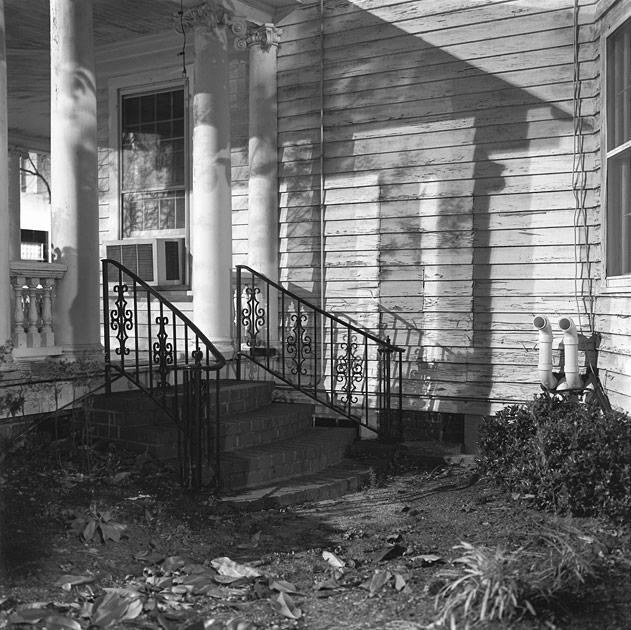 While I readily acknowledge the documentary aspect of my work, I am compelled to photograph by the visual aspects of a scene: geometry, beauty (especially when perceived in the un-beautiful), and the transforming power of light. Twenty-one years after arriving in the South, I continue to travel and make pictures as an homage to home and to reflect my experience of this place. 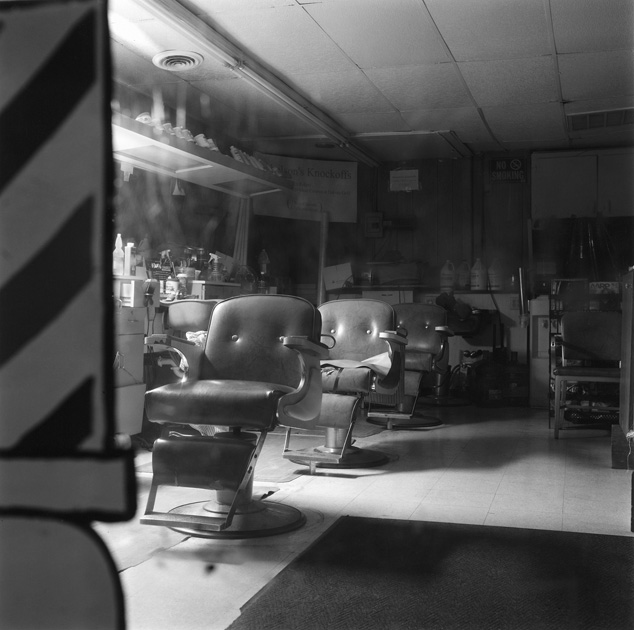 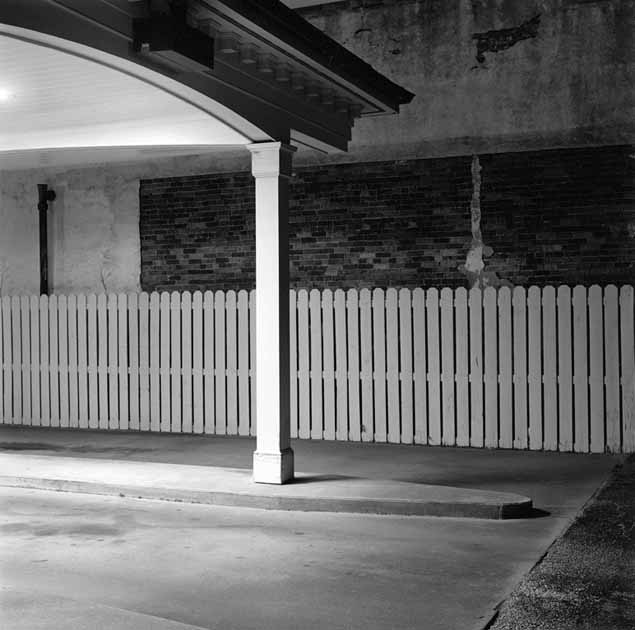 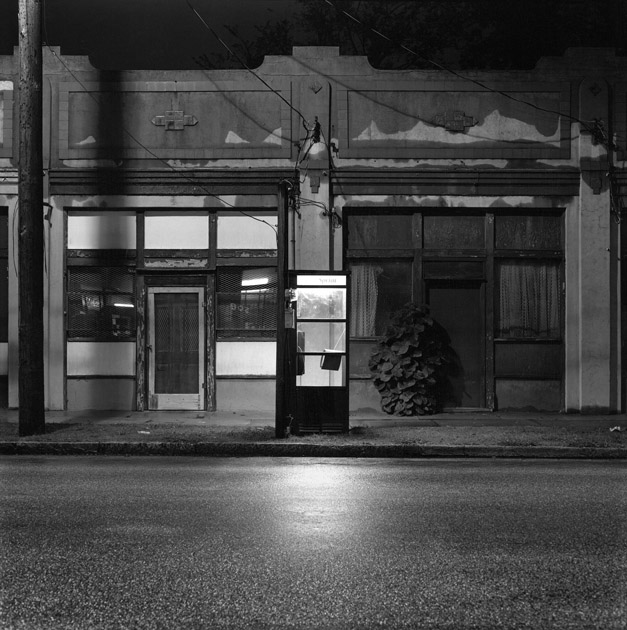 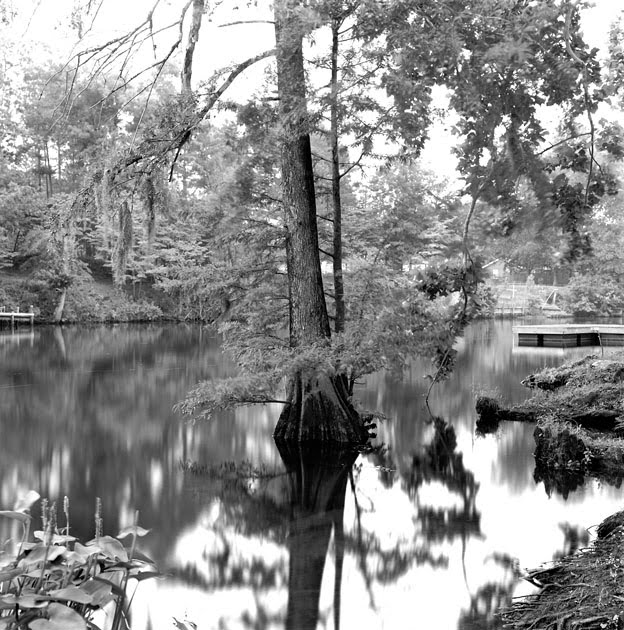 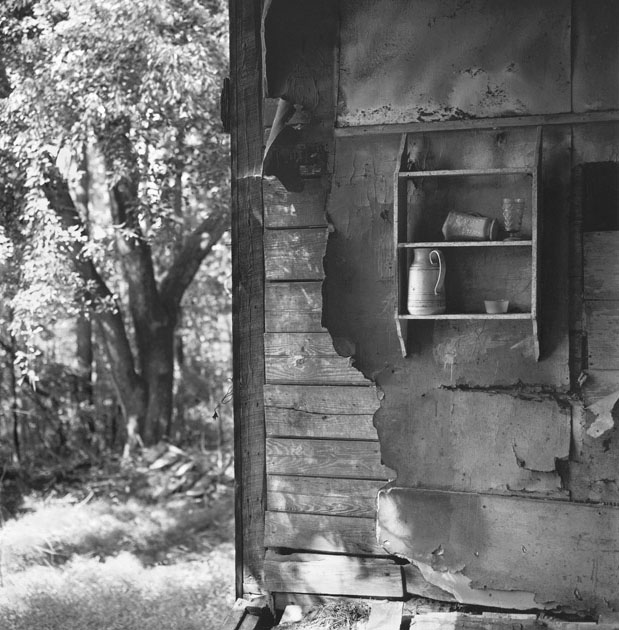 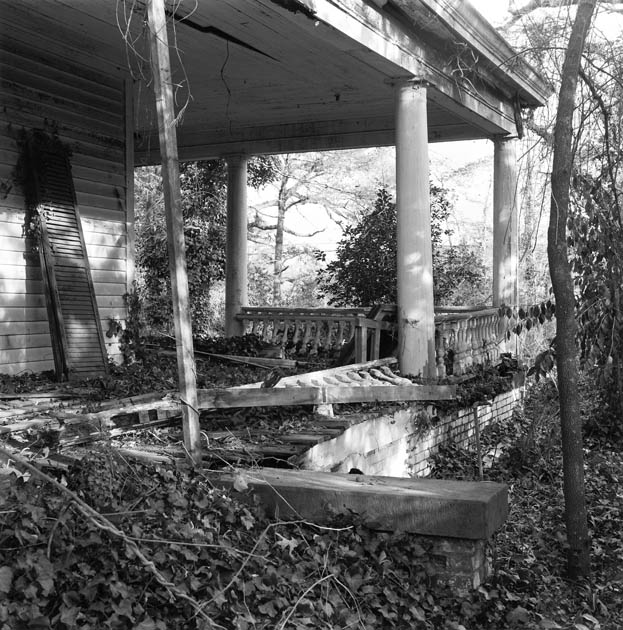 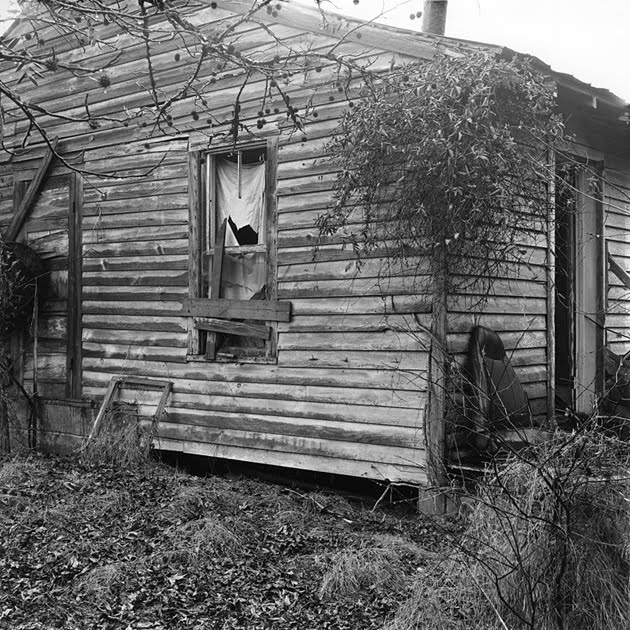 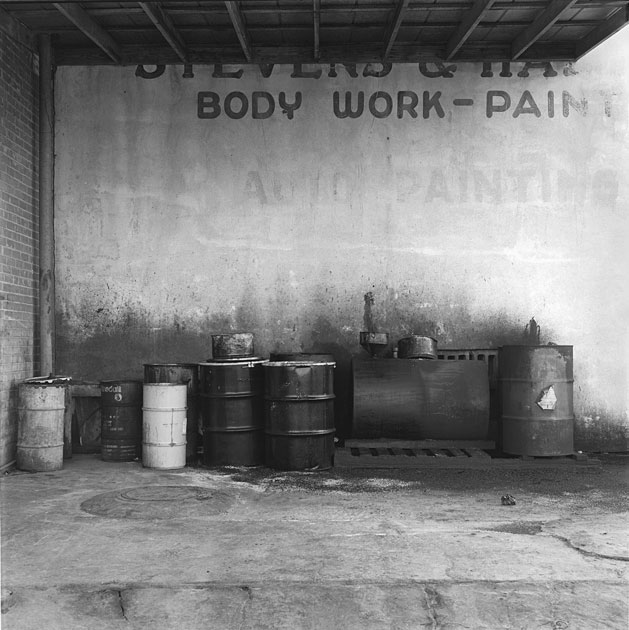 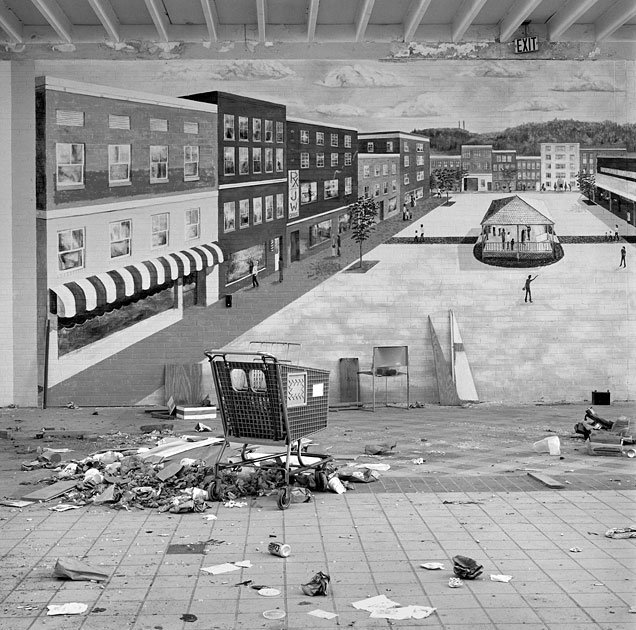 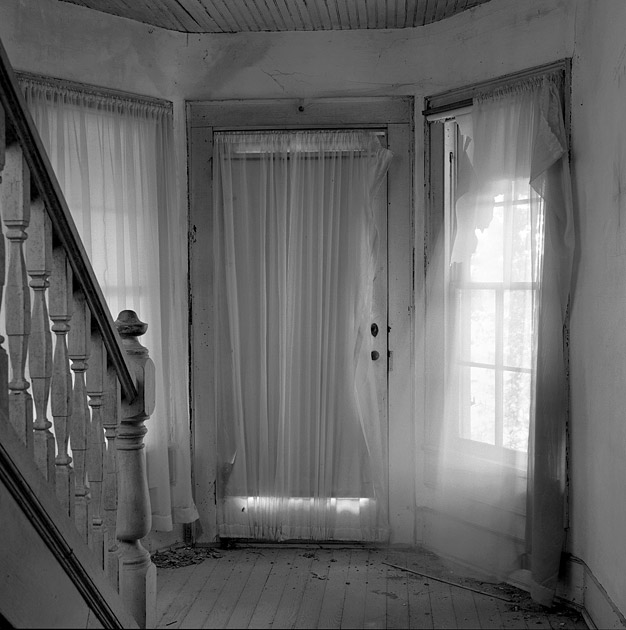 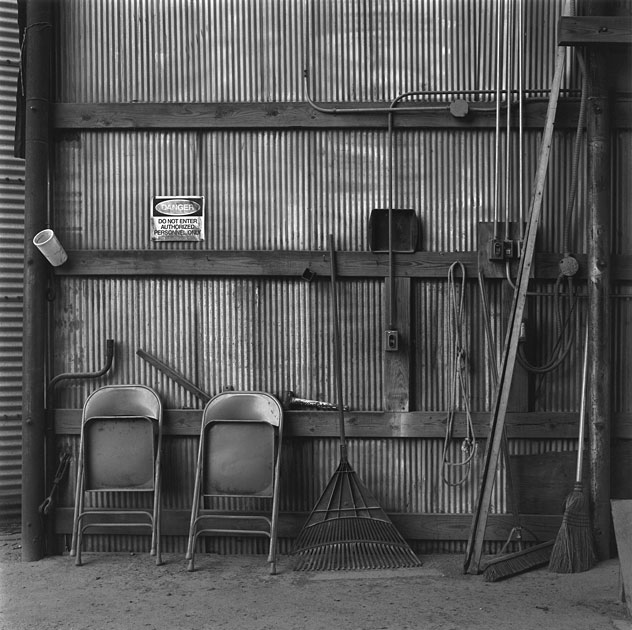 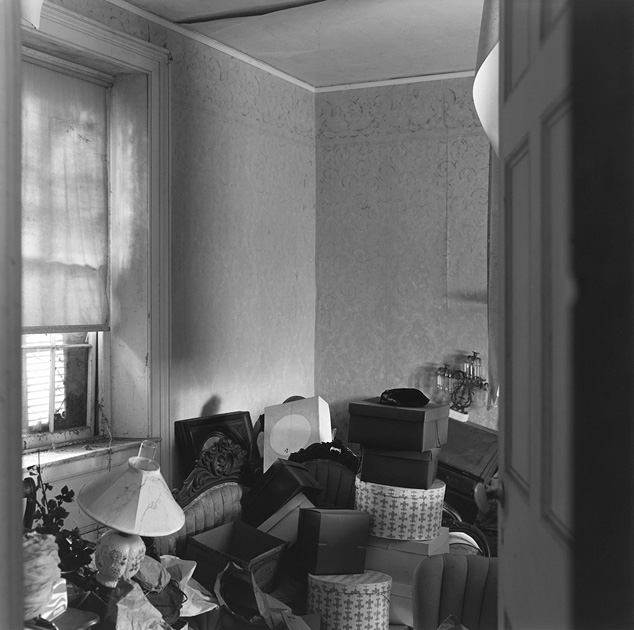 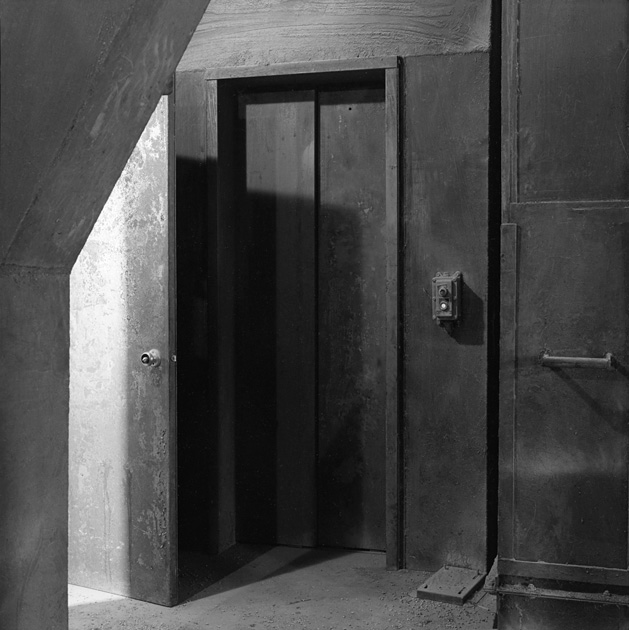 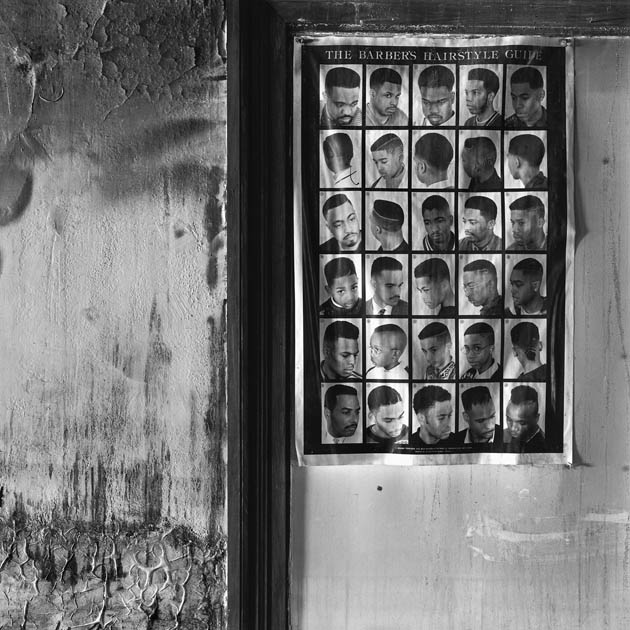