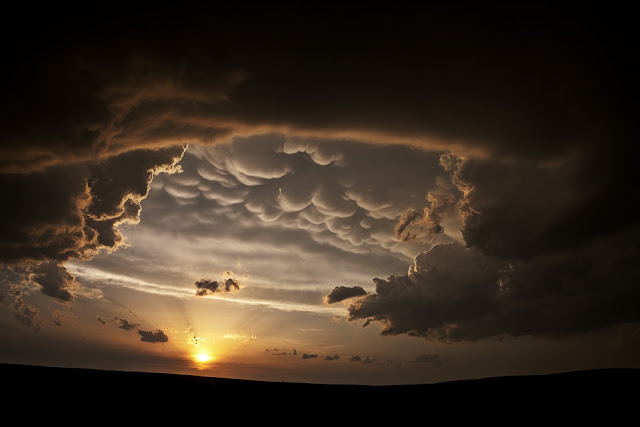 Camille Seaman‘s name has become synonymous with her stunning images of Polar Regions and her amazing project, The Last Iceberg.  Her heroic and beautifully captured photographs have garnered worldwide attention and draw us in to then consider the ramifications of her efforts.  She has a new project, The Big Cloud, that is equally breathtaking and a continuing look at natural phenomenon.

Camille was born in 1969 to a Native American (Shinnecock tribe) father and African American mother. She graduated from the State University of New York at Purchase, where she studied photography with Jan Groover and has since taken master workshops with Steve McCurry, Sebastiao Salgado, and Paul Fusco. Her photographs have been published in National Geographic Magazine, Italian Geo, The New York Times Sunday magazine, Newsweek, Outside, Zeit Wissen, Men’s Journal, Camera Arts, Issues, PDN, and American Photo among many others, She frequently leads photographic and self-publishing workshops. Her photographs have received many awards including: a National Geographic Award, 2006; and the Critical Mass Top Monograph Award, 2007.

In 2008 she was honored with a one-person exhibition, “The Last Iceberg” at the National Academy of Sciences, Washington DC. Camille lives in Emeryville, California, and takes photographs all over the world using digital and film cameras in multiple formats. She works in a documentary/fine art tradition and since 2003 has concentrated on the fragile environment of the Polar Regions. 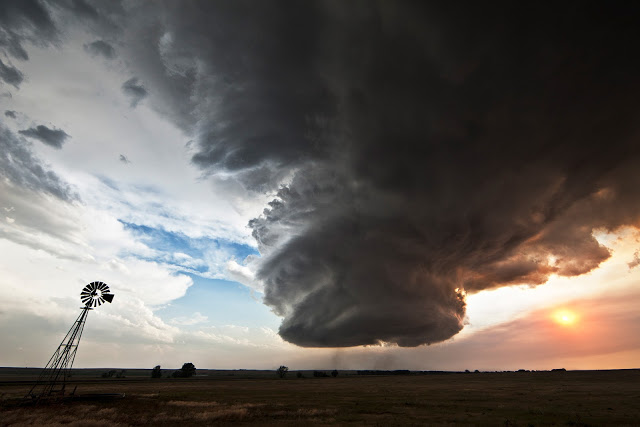 This project documents the unique clouds called “supercells” that are capable of producing tornadoes in the central United States. In my continuation of exploring subjects in nature that have an ability to illustrate the interconnection of all life on Earth I found myself stalking a type of single giant cloud called a supercell.

The following images were made during the Storm Season during the months of May and June of 2008 through 2012. 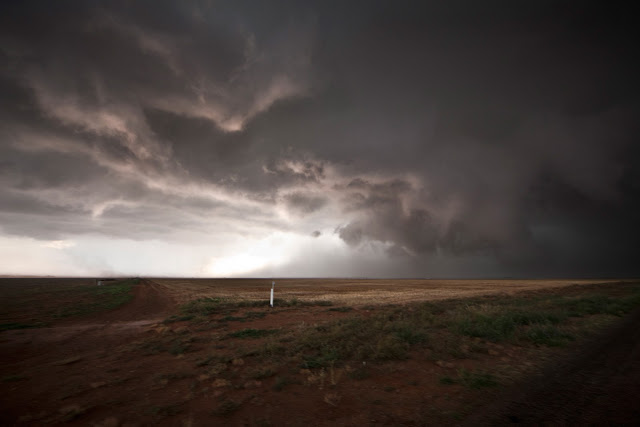 The Storms we were chasing were Super Cells, capable of producing grapefruit sized hail, and spectacular tornadoes; they were 50 miles wide and reached as high as 65,000 ft. into the atmosphere. 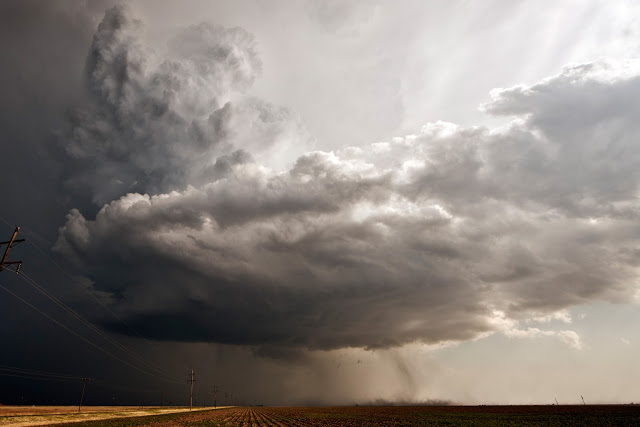 These clouds were so large that they had the capability of blocking all daylight making it very dark and ominous standing under them. 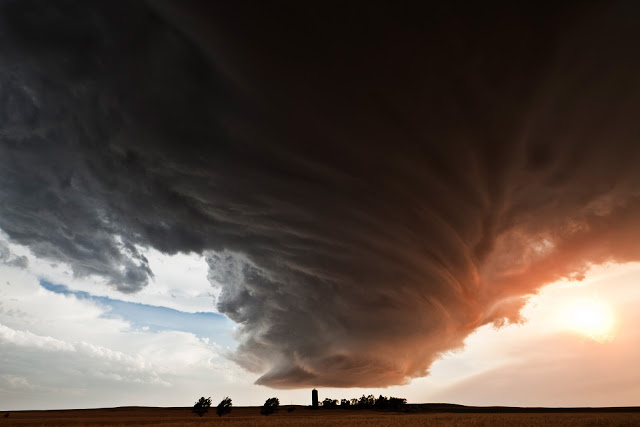 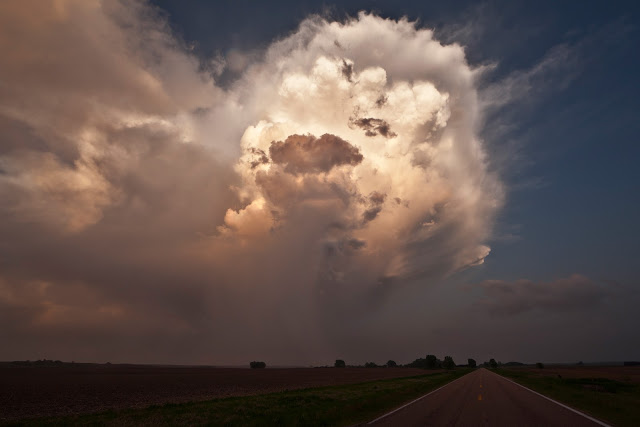 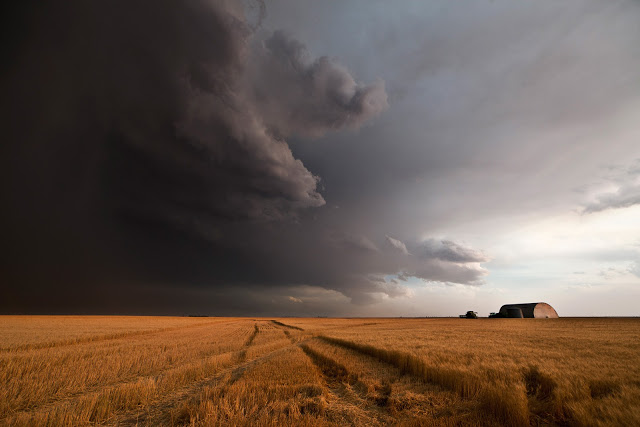 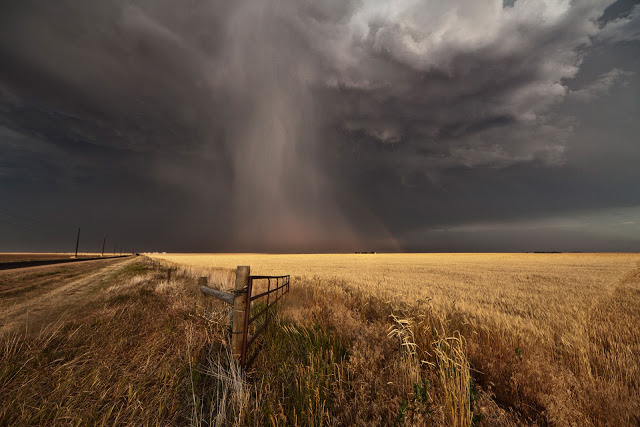 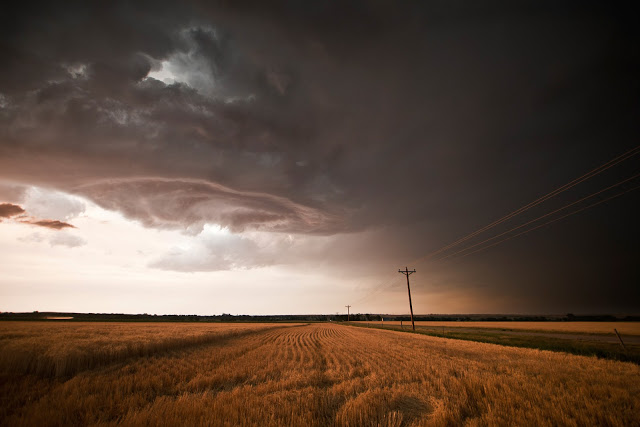 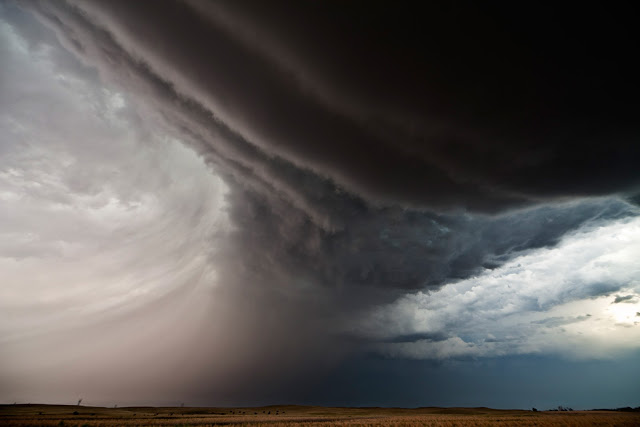 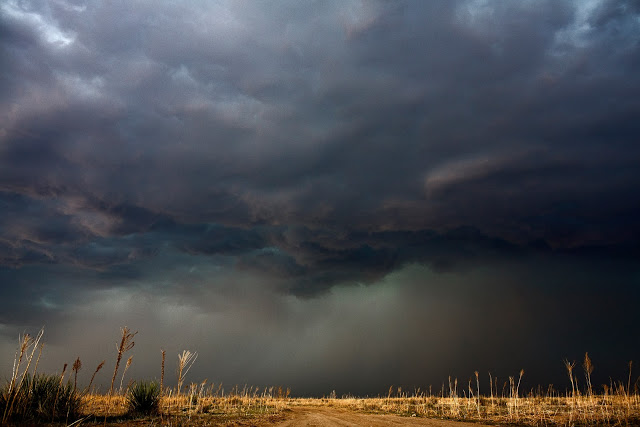 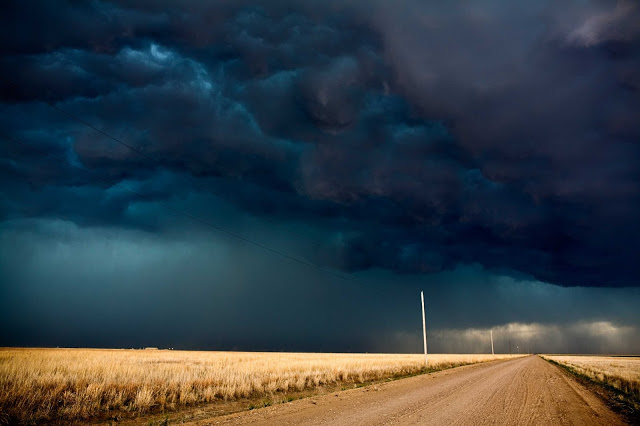 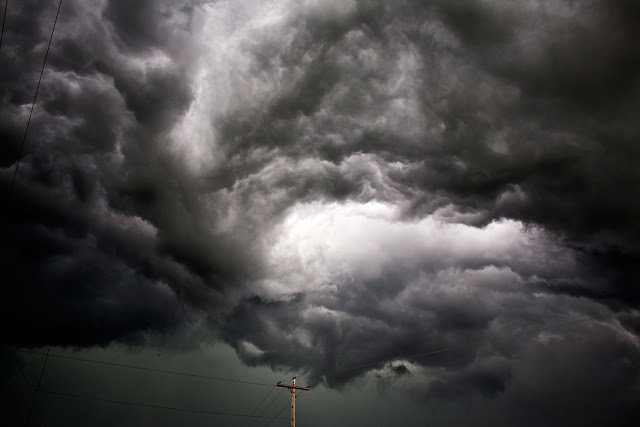 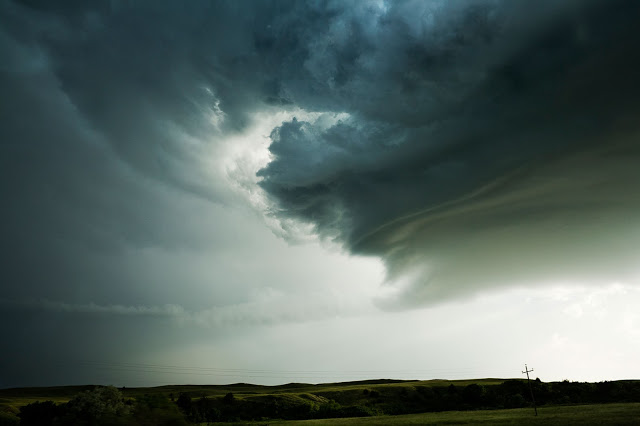 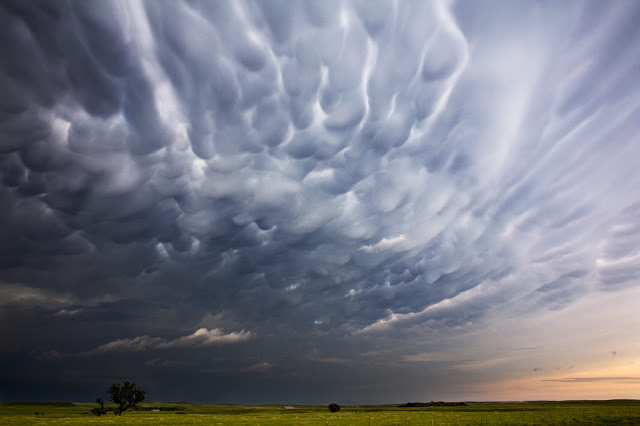 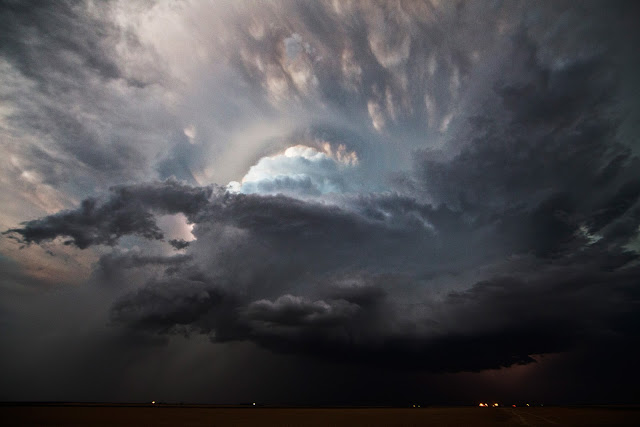 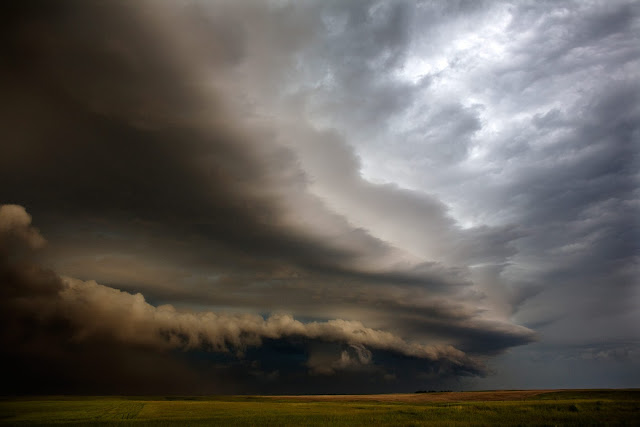 NEXT | Brian Kaplan: I’m Not On Your Vacation >
< Rylan Steele: Ave Maria: One Man’s Vision | PREV