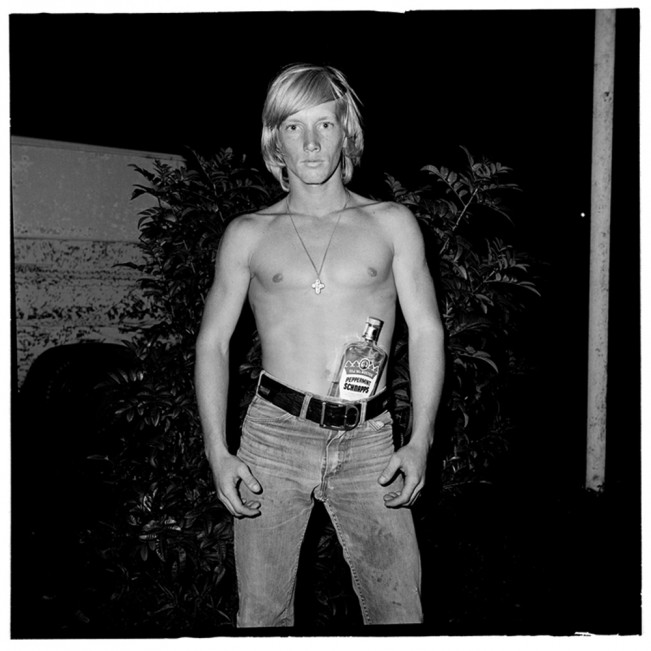 Bill Yates shares a project that is 40 years old but feels just as compelling as contemporary work.  He recently scanned 780 negatives that he shot over 7 months on weekends in 1972-73 and the result is simply fantastic.  This project was celebrated in Critical Mass as a top 50 portfolio of 2013 and his photographs are in a traveling exhibition that will be exhibited at the Corden Potts Gallery in March in San Francisco.

Bill graduated from the University of South Florida with a B.A. in Art and Photography and received his Master of Fine Arts Degree in Photography from Rhode Island School of Design. He studied with Harry Callahan, Aaron Siskind and Garry Winogrand, among other master fine art photographers. Bill had a one man show at the Corcoran Gallery of Art in Washington, D.C. and has exhibited at the New Orleans Museum of Art, the Cummer Museum of Art & Gardens, as well as other museums and galleries throughout the United States. His photographs are included in the collection of the Corcoran and are also represented in numerous corporate and private collections. He was curatorial consultant for photography to the Corcoran, and Director of the University Gallery at New Mexico State University. Bill has a studio in the CoRK Arts District in Jacksonville, Florida. He shoots commissioned aerial and environmental abstract imagery for national corporate clients and travels extensively shooting for his blog downsouthernroads.com

I had just purchased a Yashica Mat at a pawnshop and as usual I was out riding around looking for something to shoot. I happened upon an old wooden structure built in the 30’s in rural southern Hillsborough County (Tampa, FL) – the sign read Sweetheart Roller Skating Rink. That weekend in September 1972, I ran 8 rolls through the camera. After that I photographed nearly every weekend until late spring of 1973. I was 26 years old. That first weekend I was met with curiosity and suspicion by the skaters. The next weekend I returned with proof sheets which I stapled to the wooden siding of the rink’s interior. For some, complete disinterest in the images. For others, it was as if they were staring at themselves in the mirror – they couldn’t get enough. The skaters became like actors parading their bodies, confronting one another for an audience – the camera. Though the roller skaters may not have thought of themselves on a stage, they were no less explicit and physical in their stagecraft. Some of the scenes were unapologetically theatrical. Young men aggressively wrapping arms around their girlfriends’ necks, gesturing uncomfortably for the camera – a sexual come-on, an uncensored performance. Yet others were deadpan. I soon became wallpaper – I was there, but I wasn’t – just snapping the shutter. Then in the latter months I became more of an insider. A few of the rink regulars invited me to several parties in an old trailer deep in the orange groves.

After that, I saw them in a different way. My objectivity had crashed. My last photographs at the rink were shot in May. I boxed up my negs and proofs and then moved to Providence, Rhode Island. These images have never been shown. Now and again you happen upon something that just leaves you stunned in utter amazement and has a major impact on your work. Such was the case 40 years ago, and such is the case today, as I have recently unboxed these images and scanned all 800 negatives, reliving those 7 incredible months of shooting. 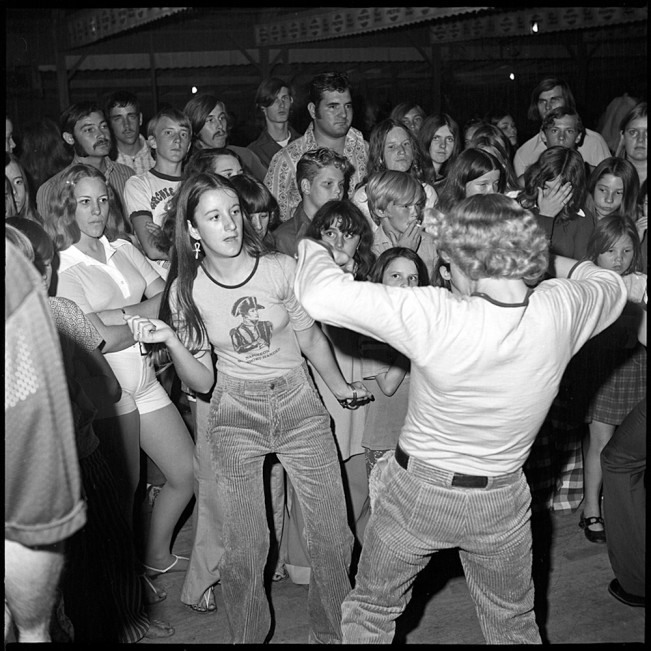 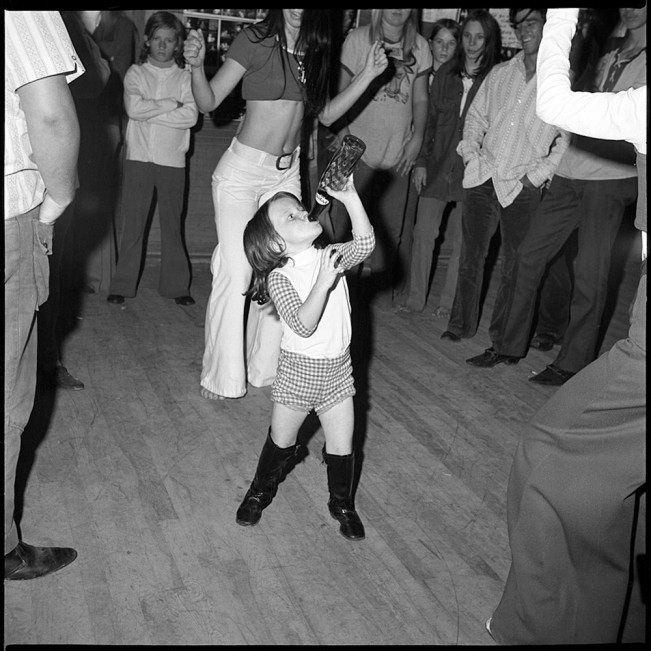 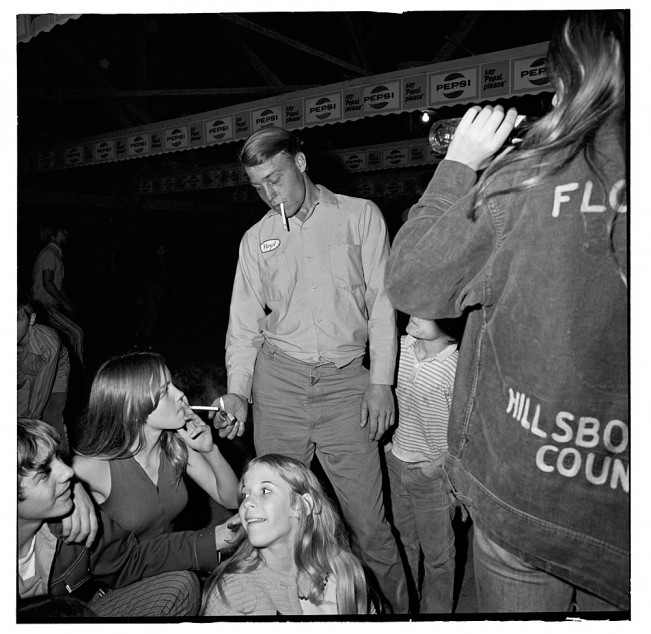 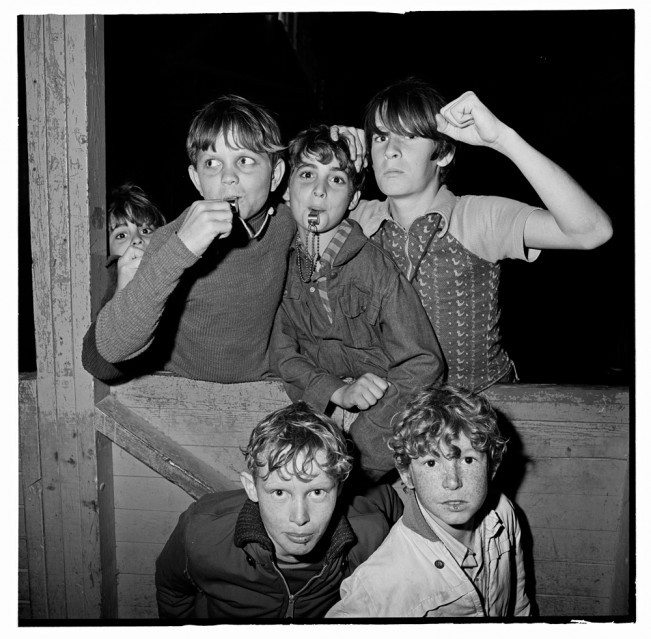 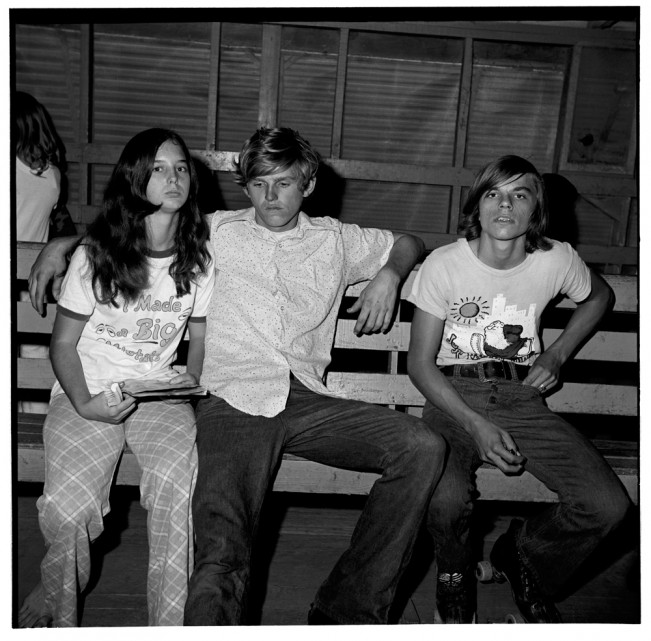 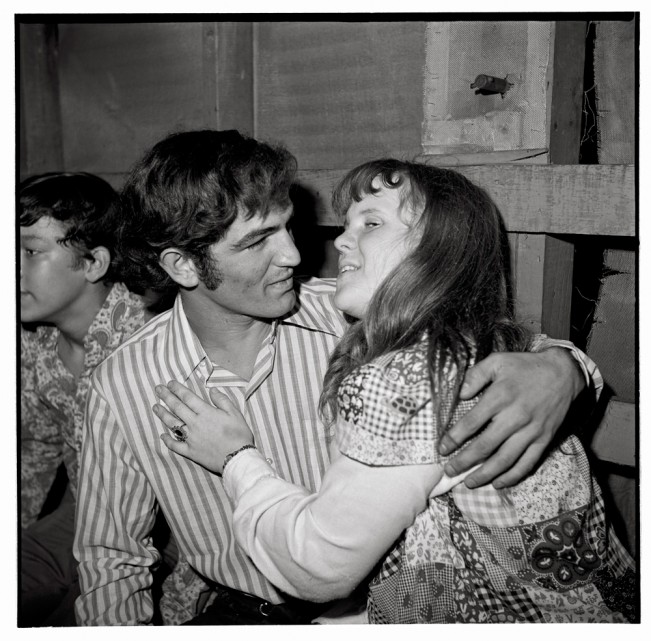 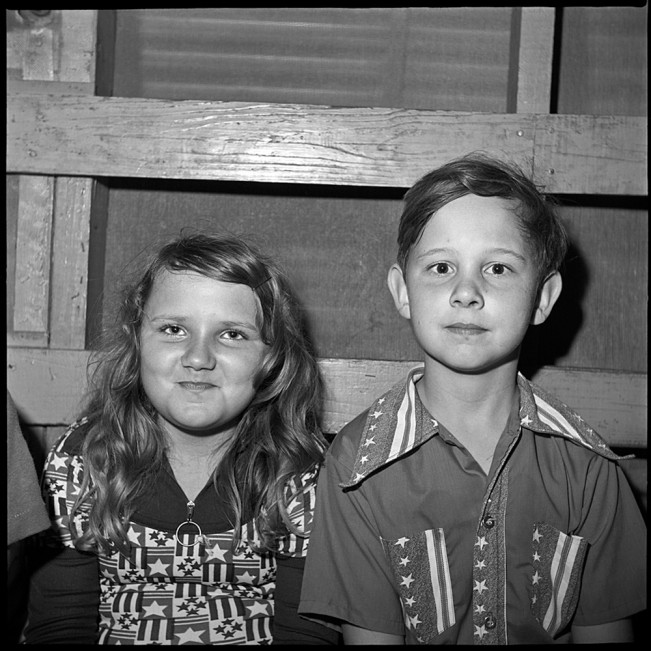 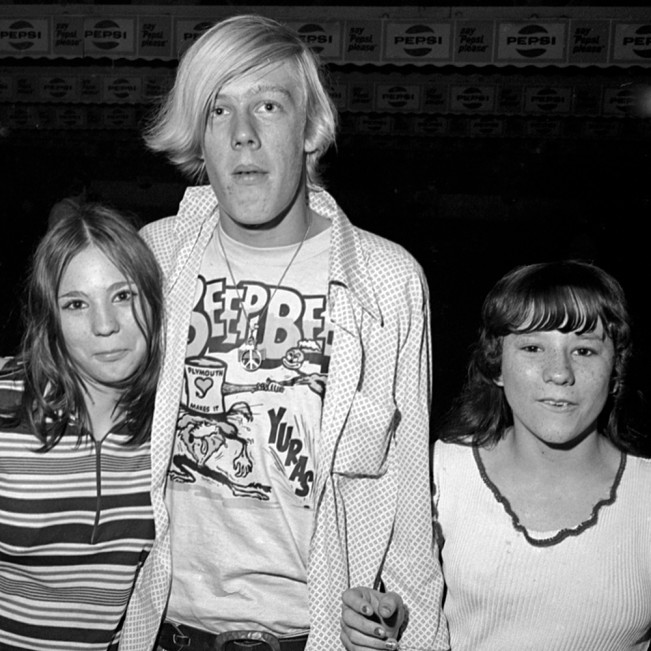 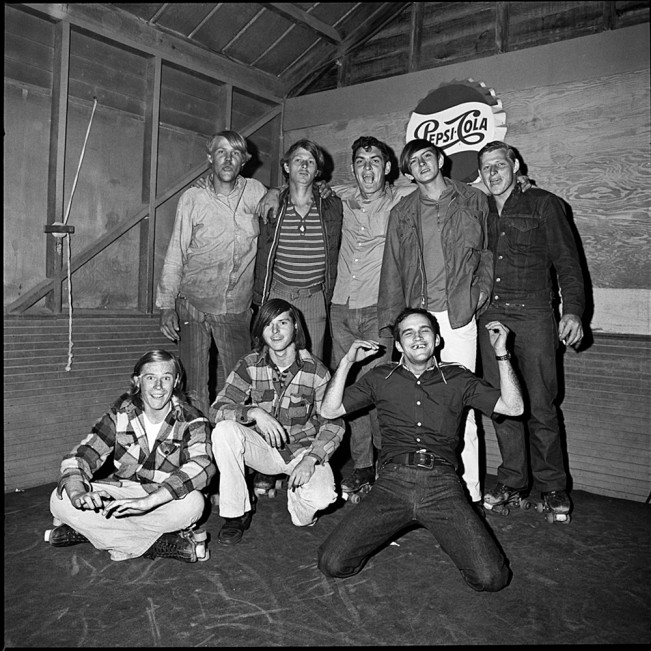 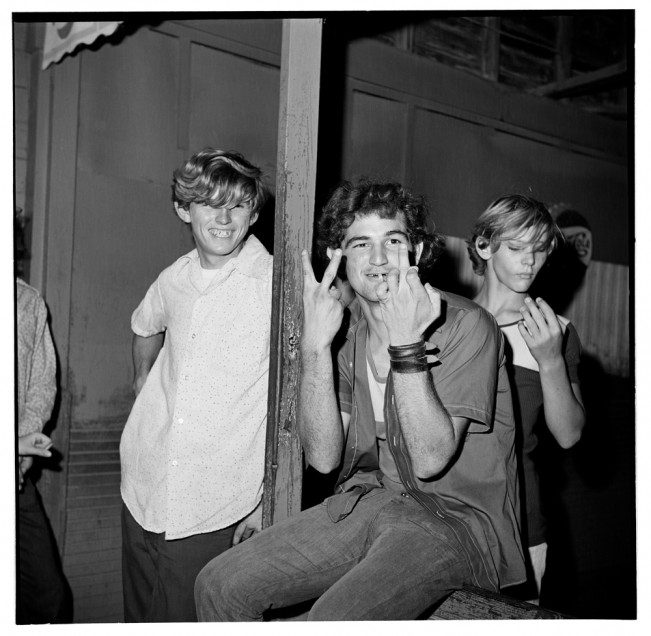 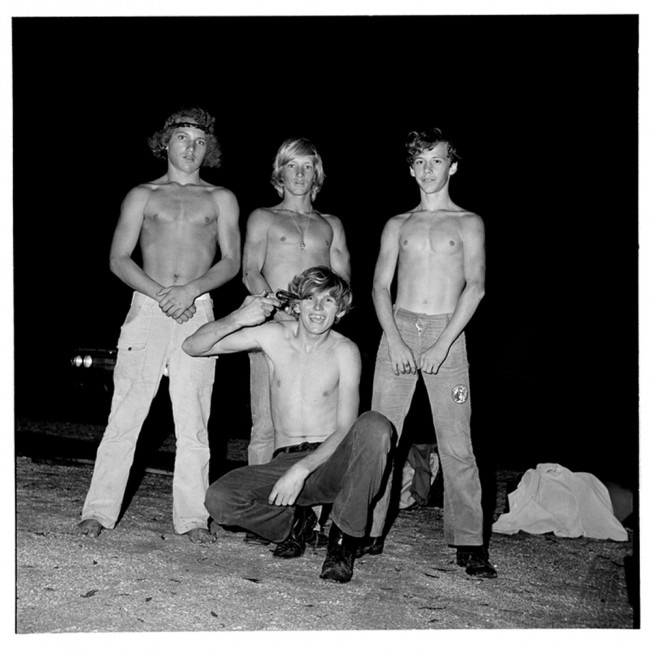 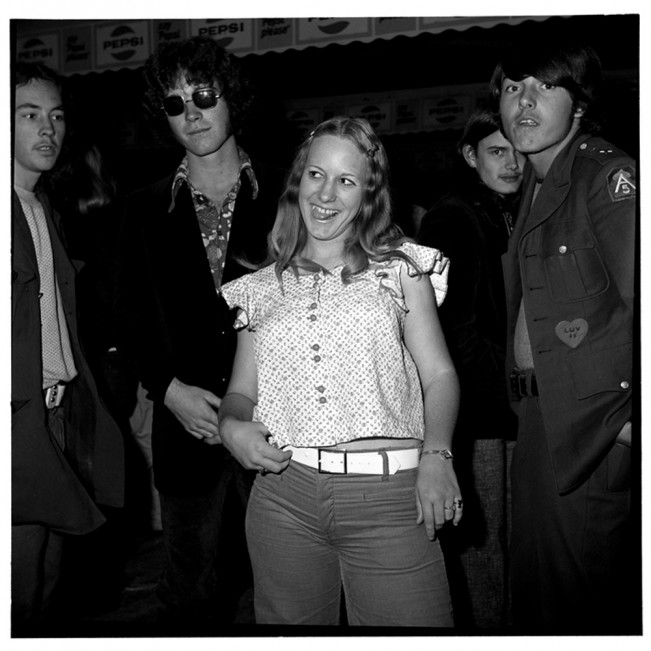 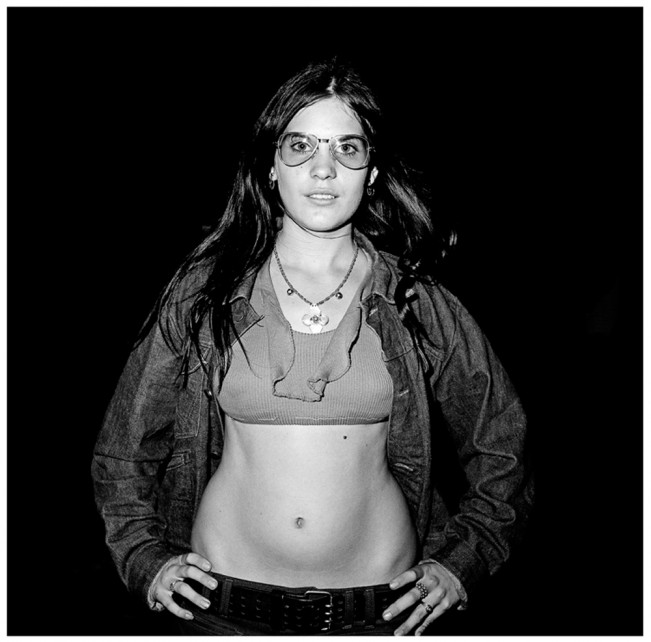 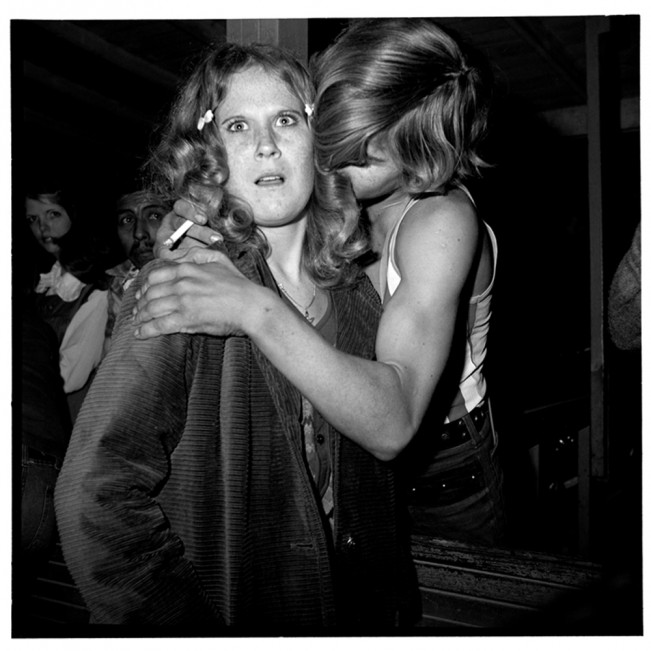 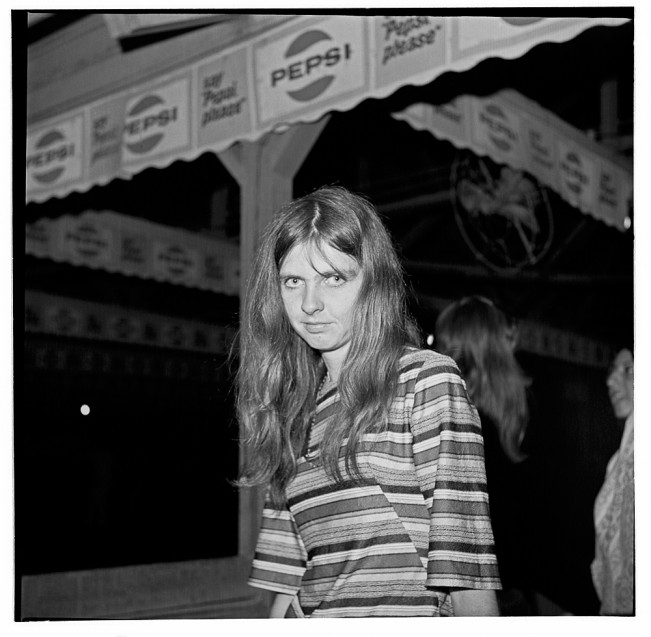 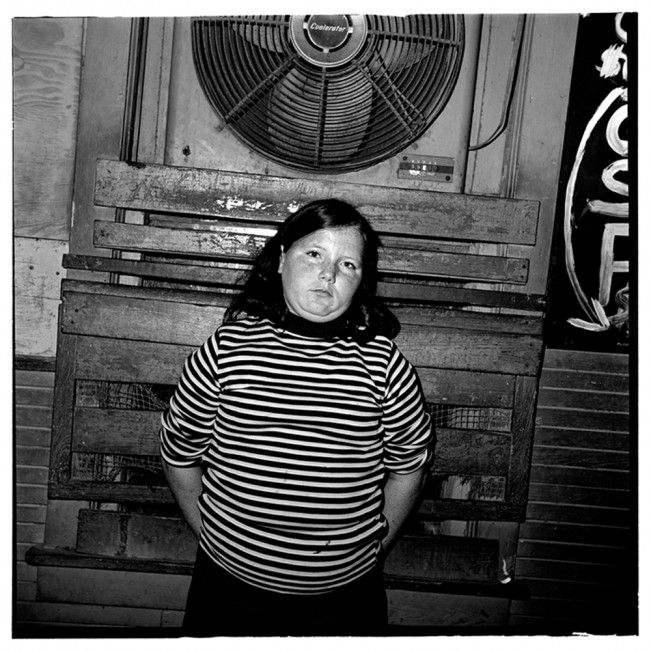 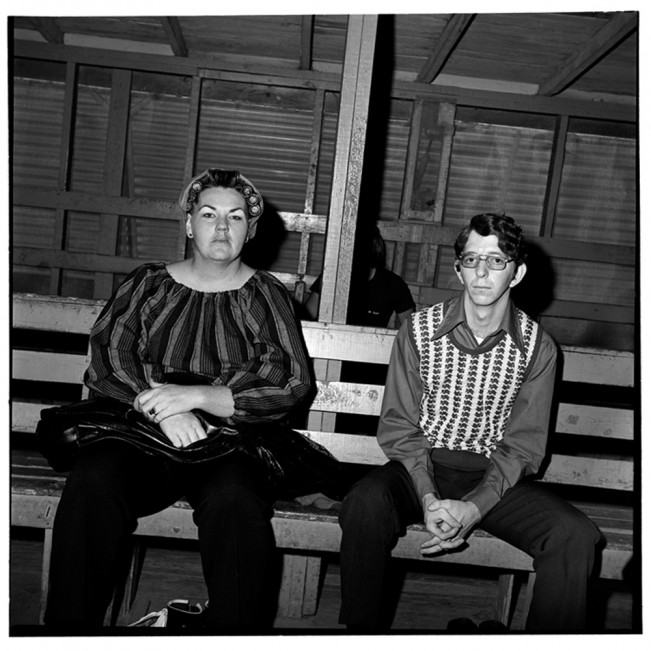 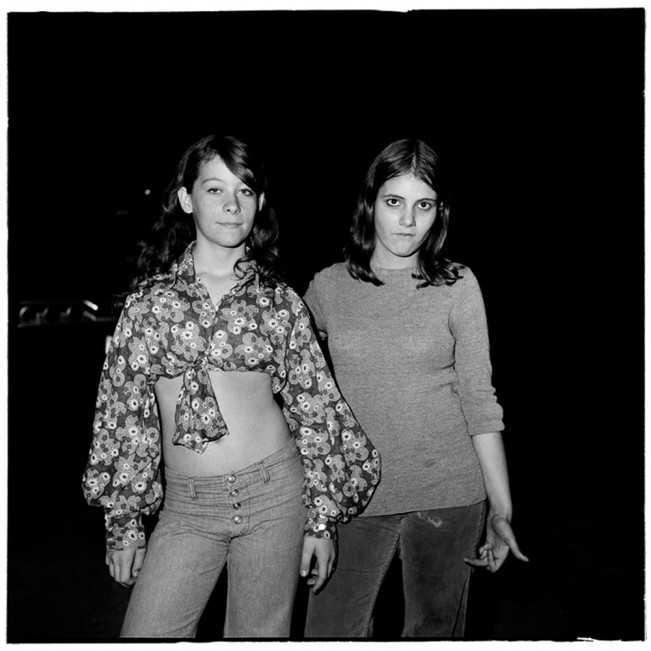 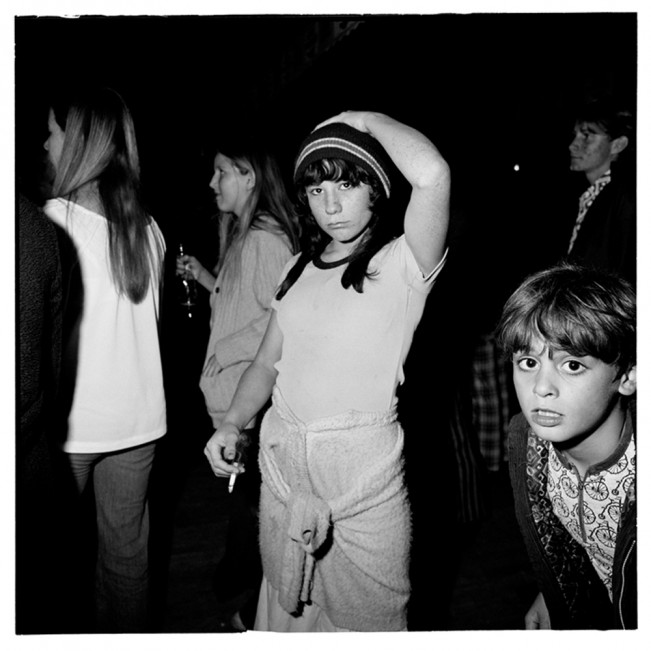