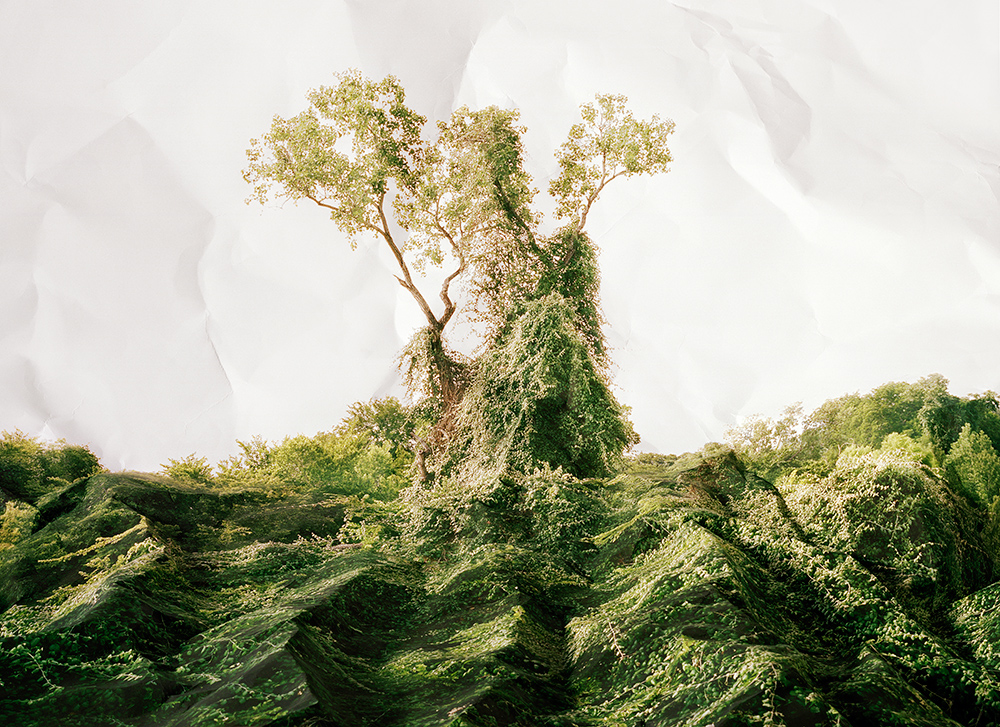 As a photographer trained in conservation and environmental science, I snickered a little  (OK, maybe a lot) when I read the Wikipedia entry for landscape photography saying “… landscape photographs show little or no human activity and are created in the pursuit of a pure, unsullied depiction of nature devoid of human influence …”  Even the seemingly pristine landscapes to the trained eye show traces of human influence with things like invasive plant species, selective logging, acid rain erosion, irrigation altered river flows, climate change impacted snow and glacier cover, etc.  These places may be pretty, but I am not buying it when you try to pass them off as pristine. For better or worse, human altered landscapes are the norm.  So, I was really excited when I saw Laura Plageman’s landscape images and there was not the usual artifice of unaltered pristine places.  Instead, she intentionally alters her landscapes and presents the viewer with her mysterious and sculptural reinterpretations of those places. When asked why she shoots landscapes, Laura said, “I’m interested in making pictures that examine the natural world as a scene of mystery, beauty and constant change – transformed both by human presence and by its own design.”  Laura tells me she is attracted to lush, sometimes unruly, nature found in publicly accessible places which she photographs, prints out and then begins her response to the prints. “I began sculpting it as a still life, exploring its dimensional qualities and altering picture elements in front of my camera. I am excited by the transformation of the print into something that feels more alive to me while still retaining the essence of the original scene.” She rephotographs her newly transformed print sculptures and the result is her series entitled Response which is featured here.

As an artist and educator, Laura lives and works in Oakland, California.  She has an MFA from the California College of the Arts and a BA from Wesleyan University.  Her photography is represented by Jen Bekman Gallery in New York City and the DeSoto Gallery in Los Angeles.  You can see her work in two upcoming exhibitions. Ctrl+P at Catherine Edelman Gallery in Chicago , March 7-May 3, 2014 and in the Process exhibition at Photo Center NW, Seattle, March 13-June 15, 2014.

In this series I am responding to photographs both as representations and tangible objects. Through physically altering enlarged prints and then re-photographing the results, I create works that oscillate between image and object, photography and sculpture, landscape and still life. While they may appear illusory, the resulting pictures are documents of actual events and are thus as authentic as the original representational images contained within. 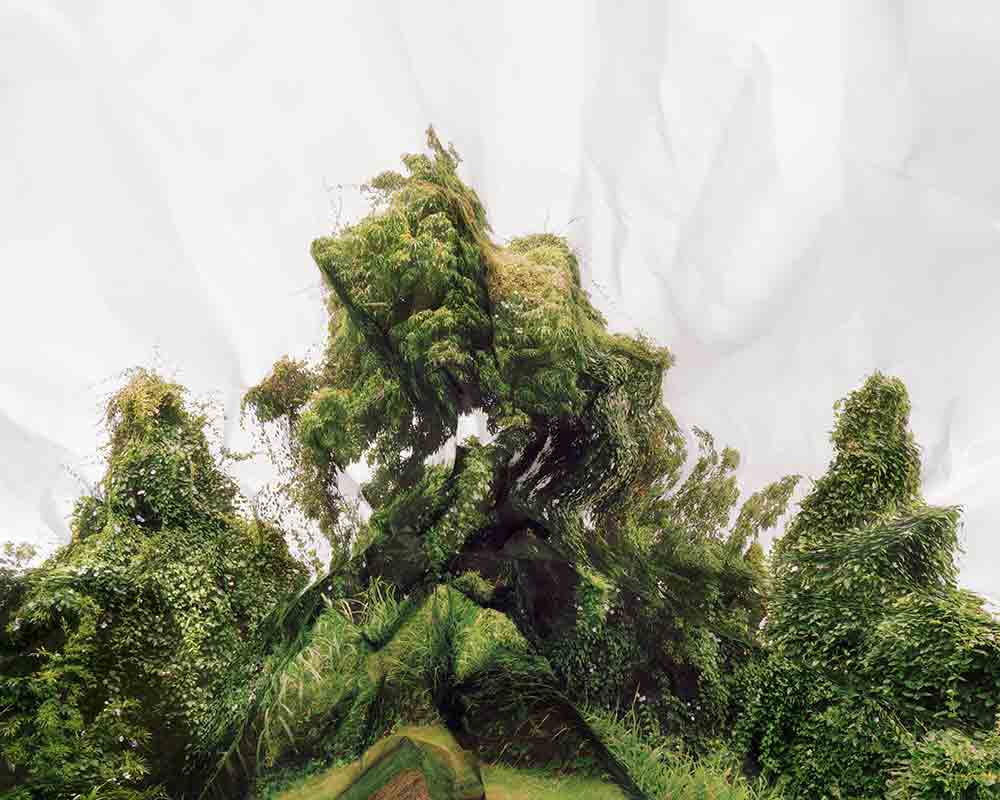 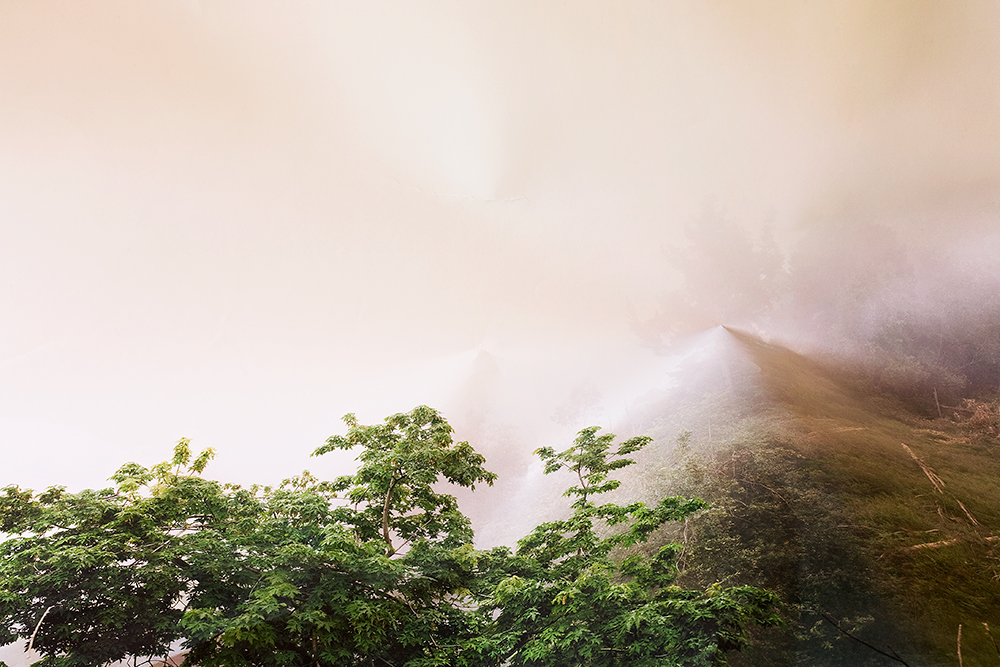 Response to Print of Tree and Fog, © Laura Plageman 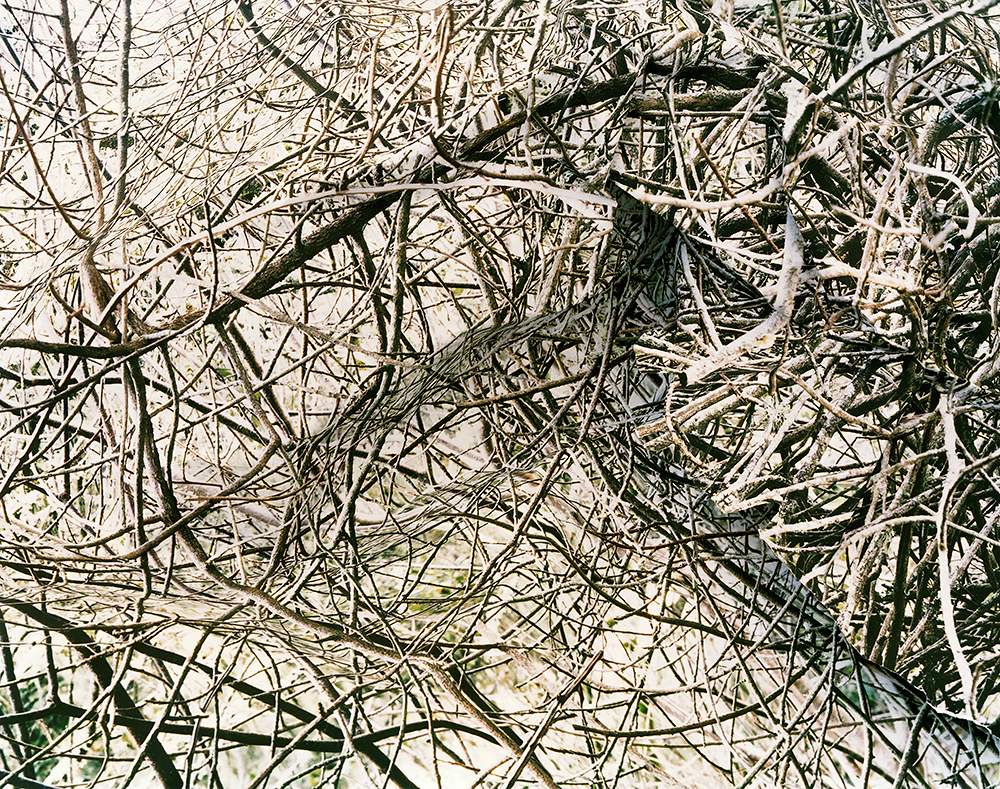 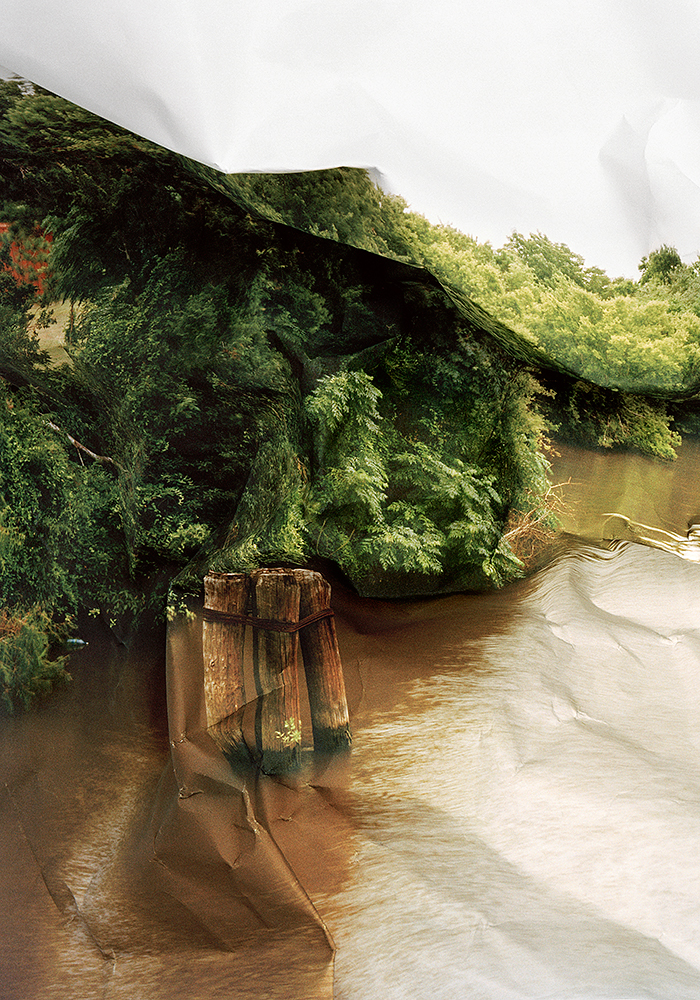 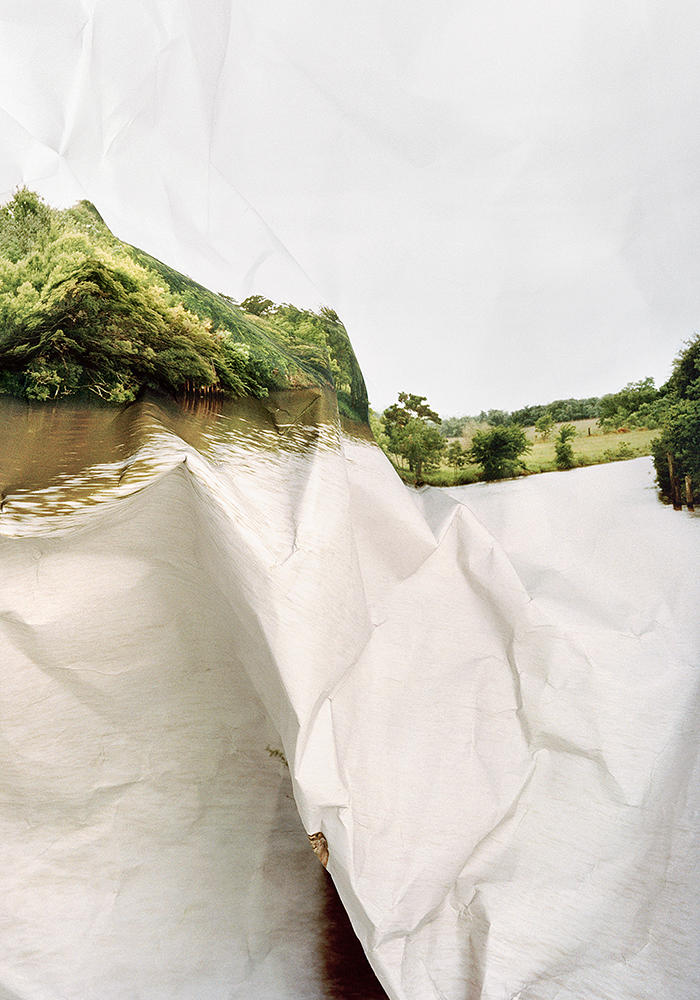 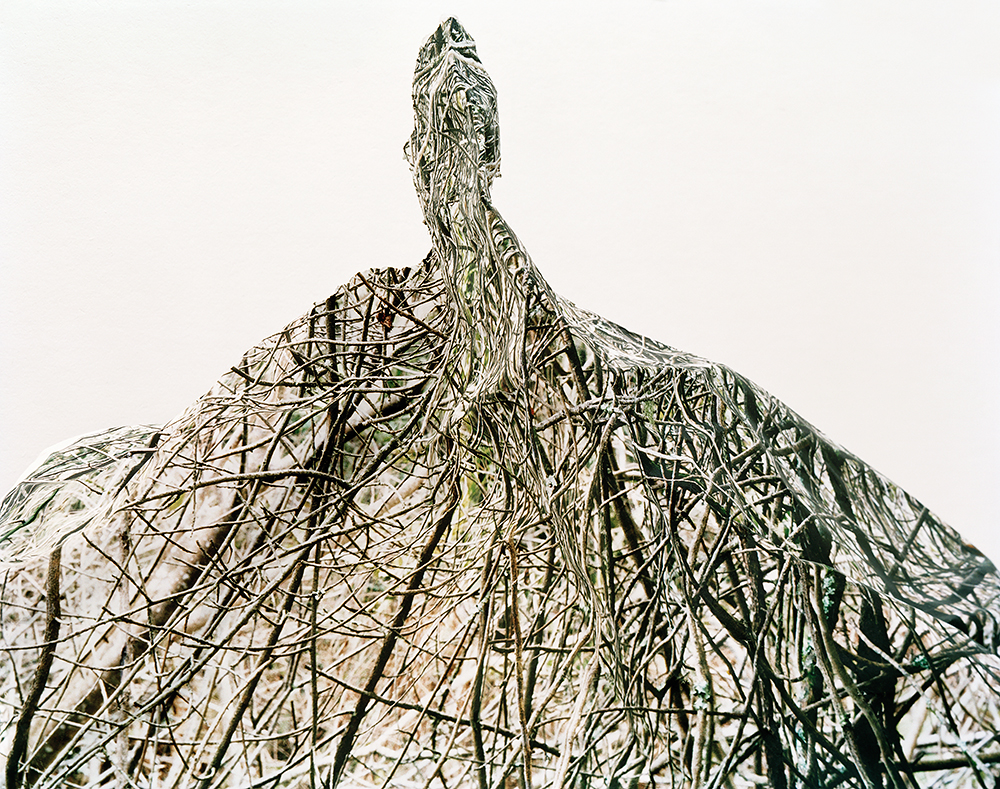 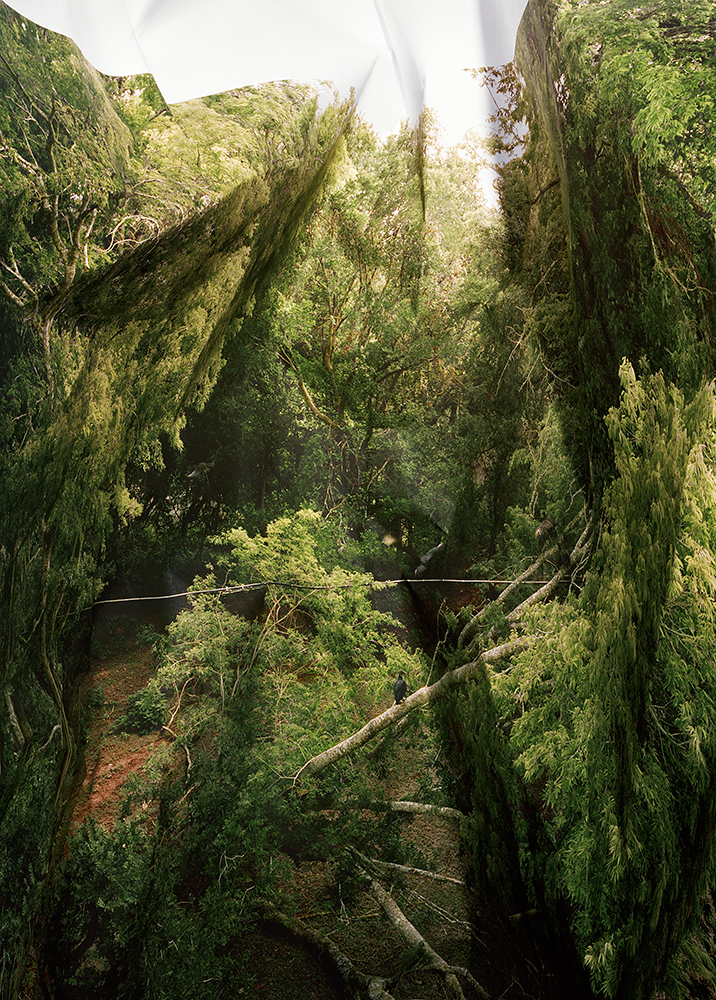 My process unfolds through observation and experimentation – I let the image and its materiality dictate its direction. Playing with paper and with light in unplanned and organic ways, I look for new ways to perceive the space, form, and context of my subjects. In some works, large pieces of the original image are torn out while in others, smaller parts are more subtly altered. I use a large format view camera throughout my process so I can control perspective and record as much detail as possible. Whether focused on a ripped paper edge or a nesting bird, I hope to reach a place where picture elements interact and merge in unpredictable and expressive ways. 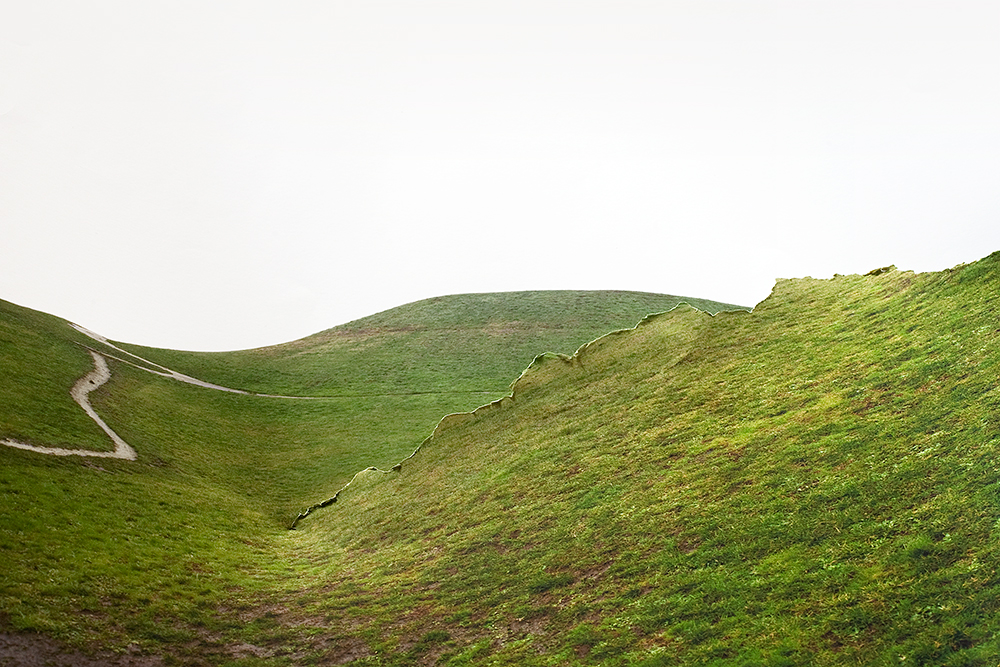 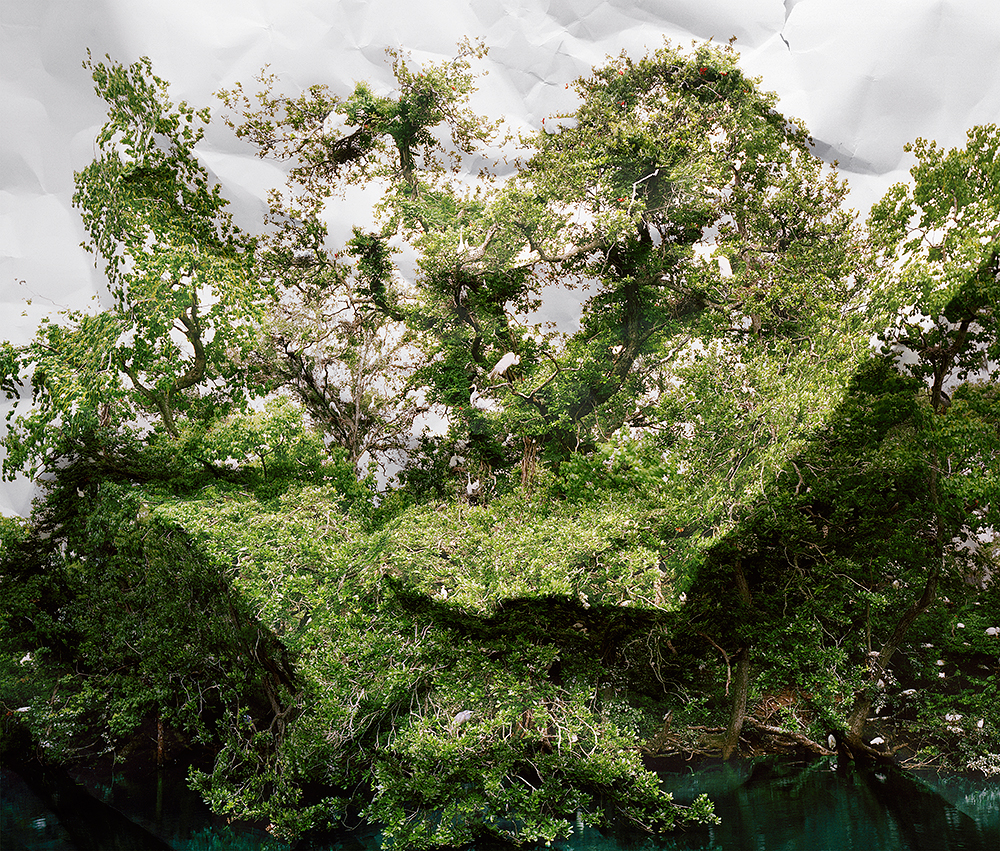 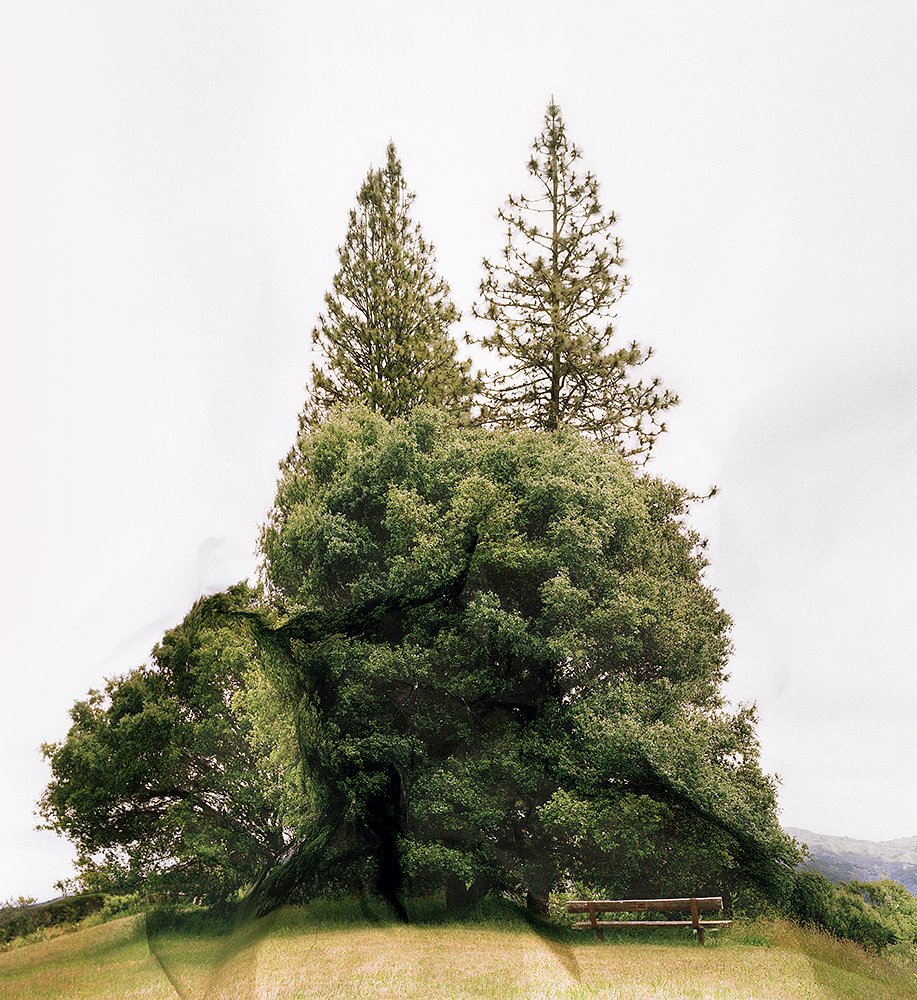 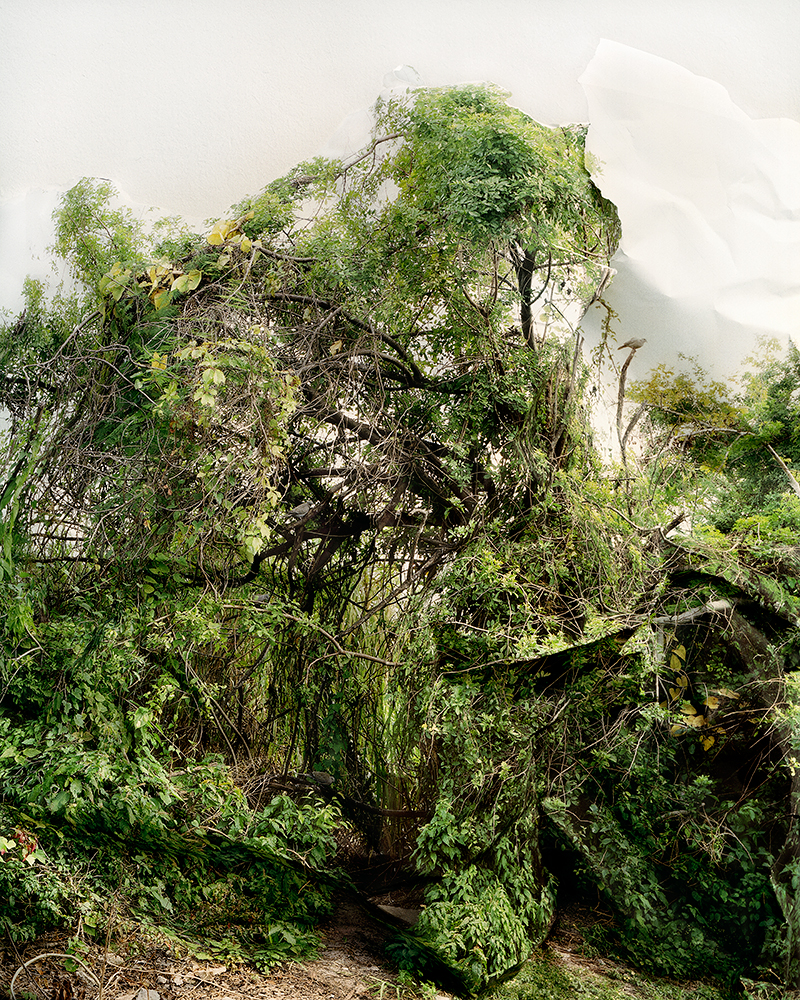 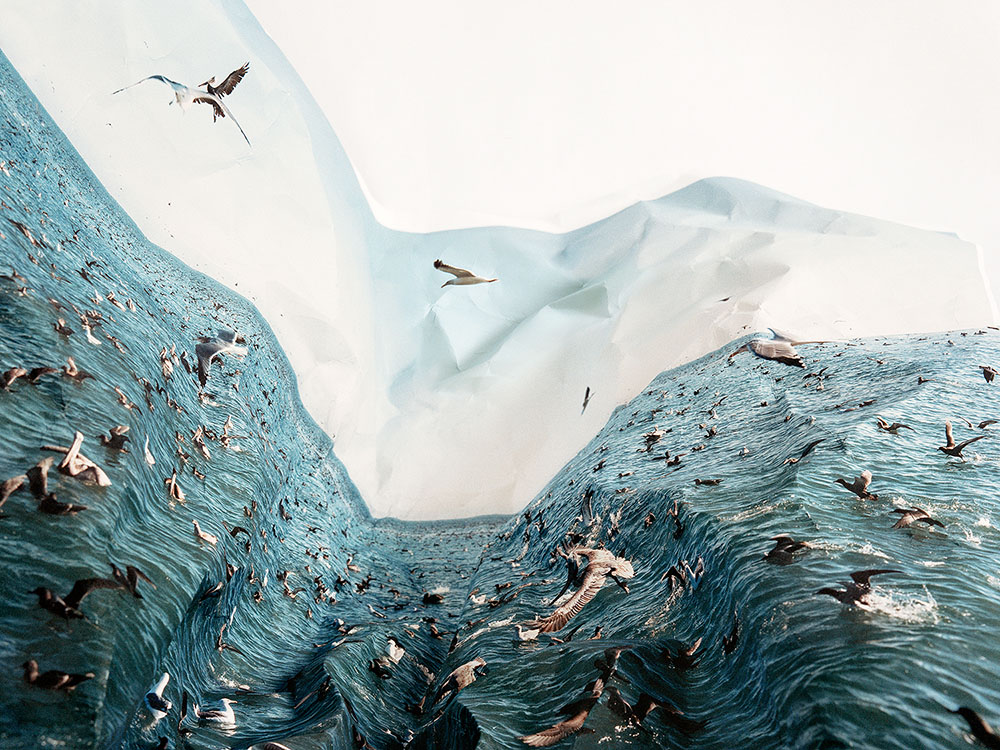 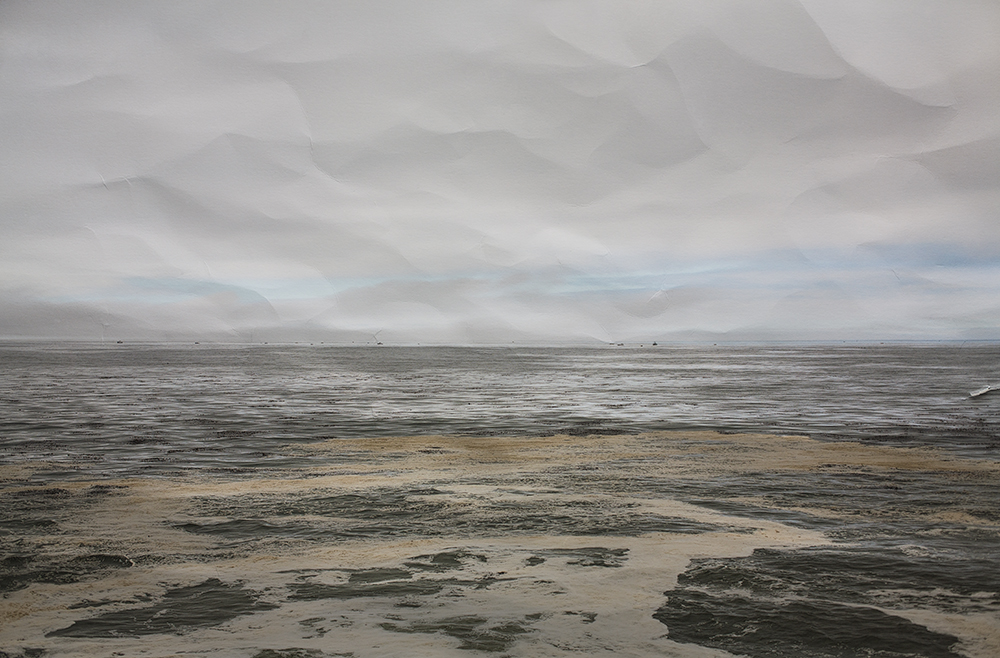 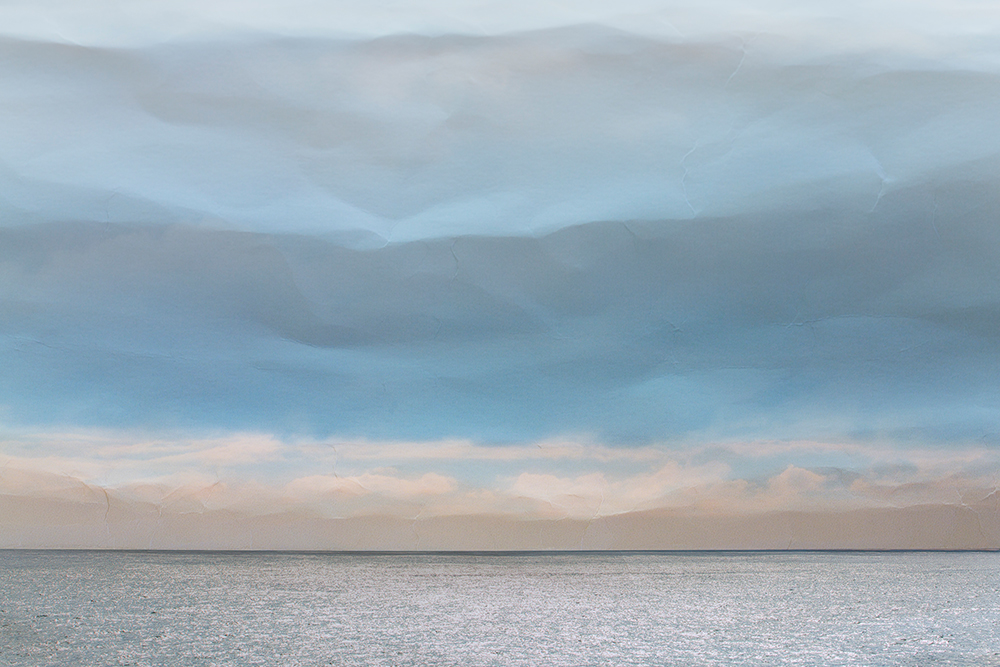 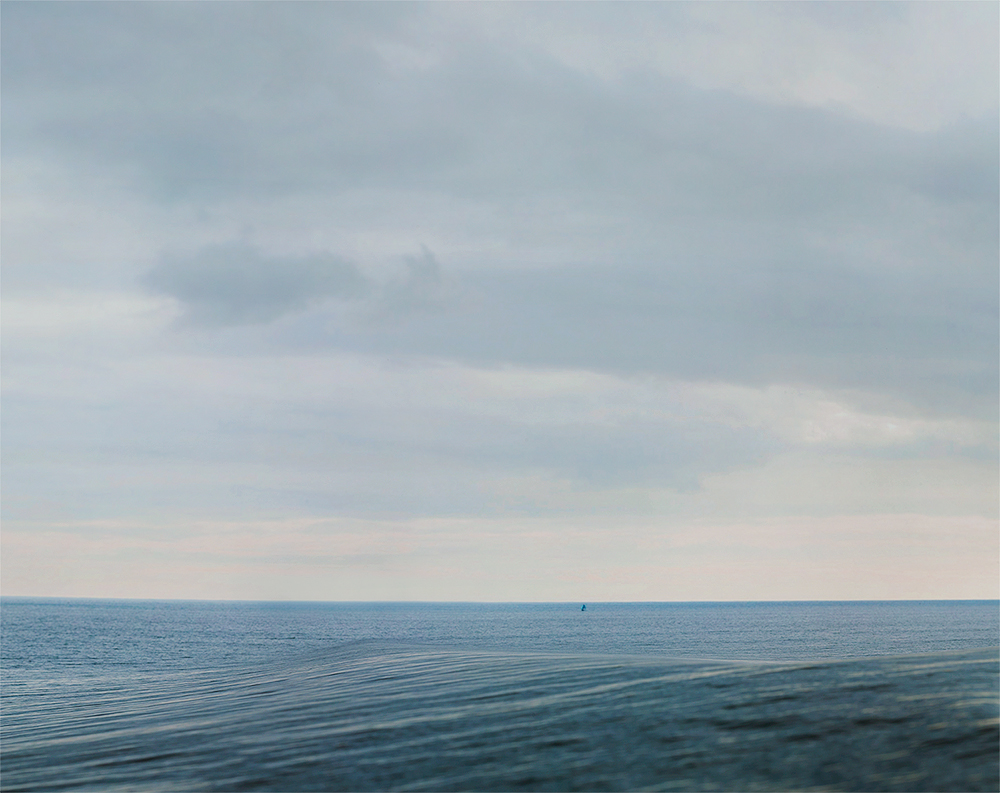