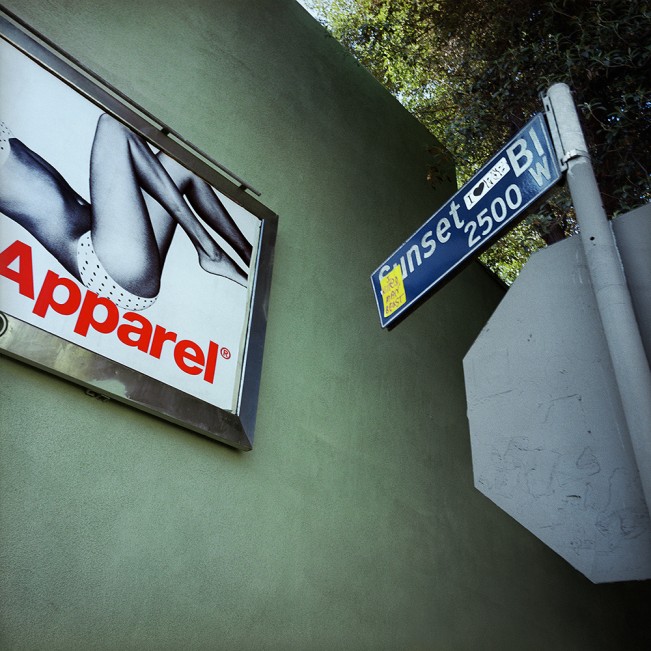 Thomas was born and raised in Detroit, where his father was a traveling salesman and his mother was a ceramic artist. He graduated from Michigan State University with a degree in English Literature. During a fifteen-year newspaper career, Tom was a frequent winner of distinctions from the National Press Photographer’s Association, as well as being named California Newspaper Photographer of the Year in 1995 and Los Angeles Newspaper Photographer of the Year in 1996.

Tom exhibited “Social Studies”, a series of street photographs, widely in Southern California. “Sunshine & Noir”, a book-length collection of black-and-white urban landscapes made in the neighborhoods of Los Angeles, had it’s solo debut at the Afterimage Gallery in Dallas in April, 2006. Subsequent solo exhibitions include: the Robin Rice Gallery in New York in November 2008 and March 2013, the Blue Sky Gallery in Portland, OR in October 2009, the Xianshwan Photo Festival in Inner Mongolia, China, in 2010, California State University at Chico in 2011, and the Duncan Miller Gallery in Los Angeles, February 2013. Finally: Fifty-three of Tom’s photographs of gay San Francisco, shot between 1985 and 1988, debuted at the Jewett Gallery in San Francisco in December, 2012, under the title, “Dancing in the Dragon’s Jaws”. 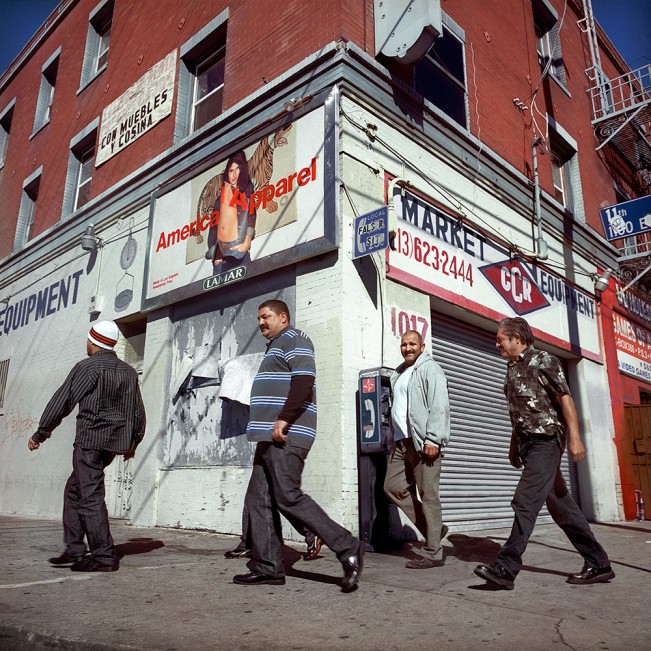 After a decade of making black-and-white urban landscapes in Los Angeles with a battery of $30 plastic Holgas, I began, in 2011, using more traditional medium-format cameras—which is to say, cameras I could control entirely, for once, with lenses of the finest grind. Nowadays, I use light, sleek Mamyia 6’s, with normal and wide lenses. I continue photographing the built environment of LA—my longtime muse and greatest obsession—but this recent work is now in color, and is sharp as a tack.

Since August of 2012, I’ve been intent upon the curious phenomenon, here in Los Angeles, of the kooky, pungent, very brilliant series of “American Apparel” billboards that proliferate everywhere, provoking irritation and snarky admiration with every new iteration. 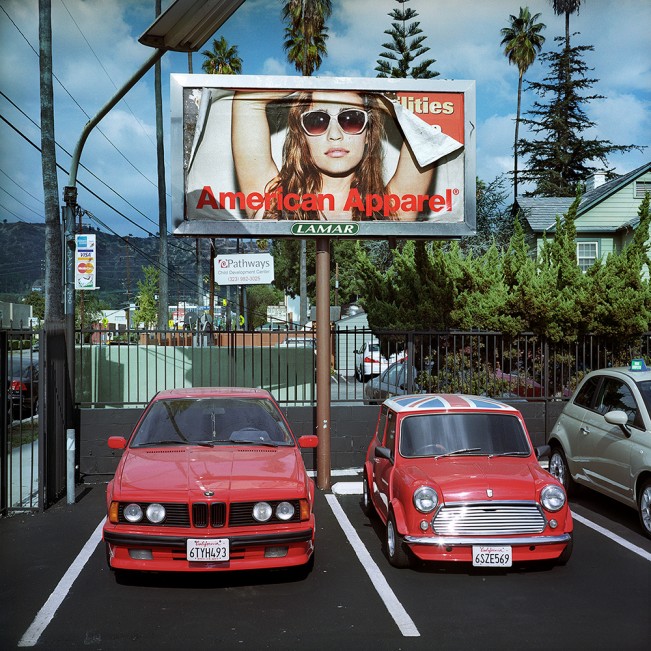 American Apparel is an LA-based clothing manufacturer, specializing in basic knit sportswear for moneyed young hipsters. AA’s controversial marketing campaign unfolds on smallish, six-by-twelve-foot billboards, often poised just above eye level. These signs don’t live in a blue, uncluttered sky; they hunker down amongst the storefronts and cyclone fences and parking lots, interacting directly with an environment that’s as visually chaotic as those ads are simple and banal and difficult to ignore. 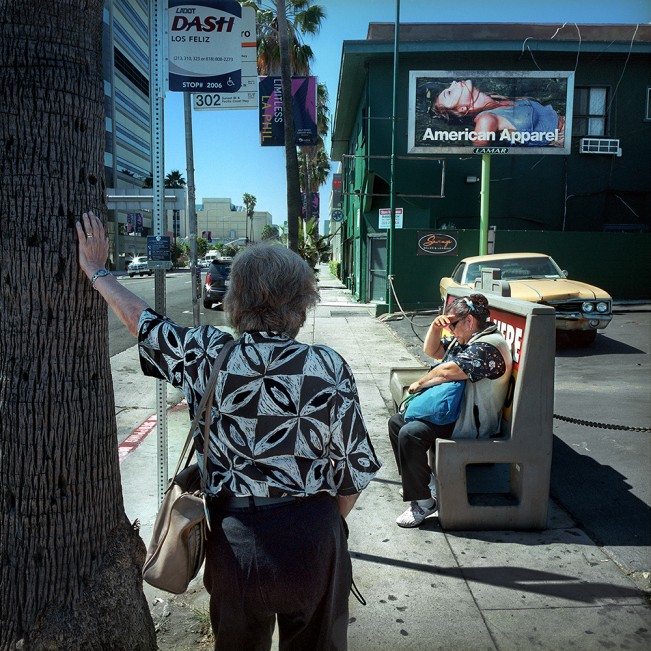 And, just as those billboards are quite literally “in your face”, so, too, are AA’s promotions: in photographs that often appear defiantly amateur in technique, young women lounge in provocative, sometimes bizarre poses, regarding the viewer with doleful boredom. Sometimes the models are known porn stars who stare into the landscape with a confident languor, but often the models are startlingly plain, and one wonders if AA’s visual agenda is subversive, democratic and groundbreaking, or just plain weird. Is it genius, or drek? Is it exploitative, or a sly comment on exploitation elsewhere?The commodification of women’s bodies—and the sexualization of very young women—is one of the Top Five worst and weirdest things about our hard-hearted culture, and American Apparel is a clear participant in all that. But they didn’t create this state-of-play—there are many other competitors on the field, some far more sinister. AA simply “excels” at the game, in a very contemporary way that’s relentless and unapologetic and kind-of cutting edge, for better or worse. 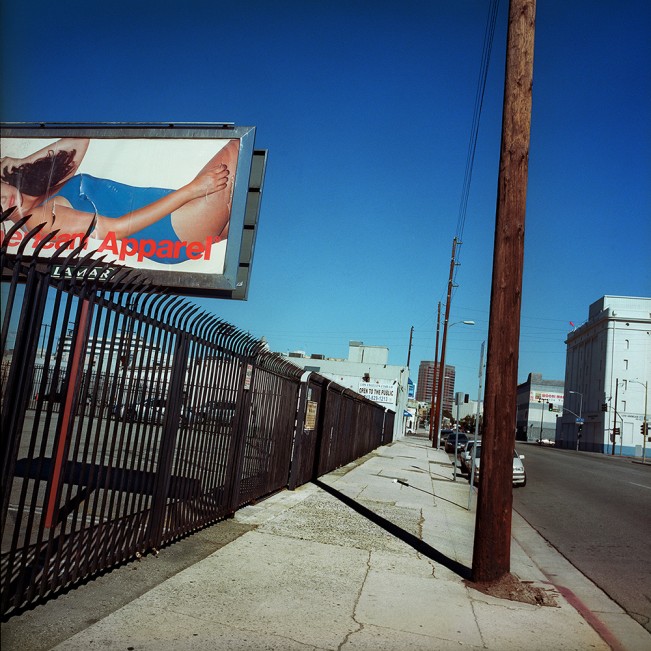 As an exemplary member of that fraternity of fashion marketeers, American Apparel and it’s billboards raise general questions about advertising everywhere. But my especial interest is in the specifics of the social and urban landscape here in Los Angeles, and in the questions raised by AA’s very visible dialogue with that built environment. How do corporate forces and pop-culture tastemakers interject their “brands” and messages into the cavalcade of pastel stucco, telephone poles, barbed wire, errant signage, desert foliage and omnipresent automobiles that comprise LA’s bizarre and roiling social landscape? And, what does it look like when all that ad-hoc, real-world crap wraps itself around the hyper-controlled fantasies of hip sexuality that fashion advertisers extol on their drive-by broadsides? 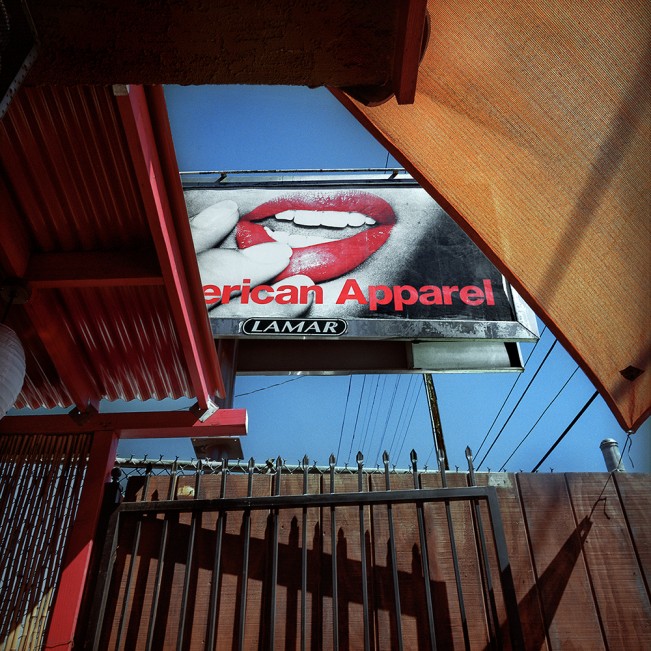 Like this silly, spectacular town, the evidence fascinates even as it appals. 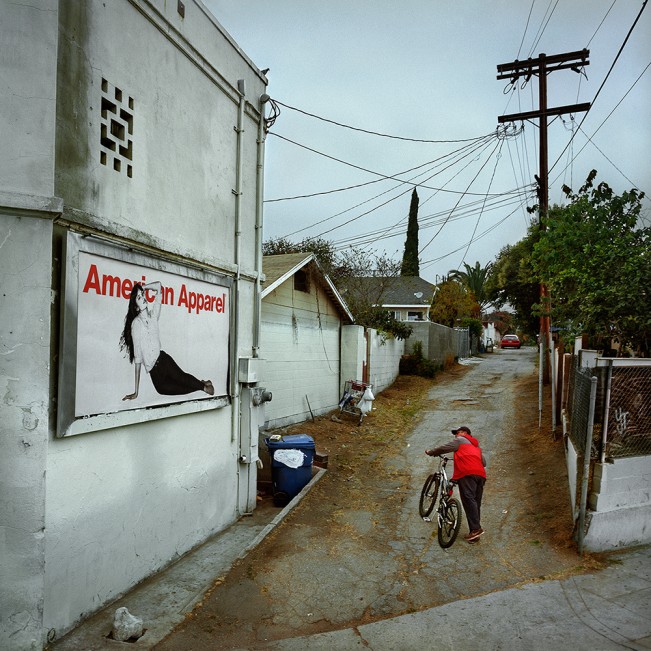 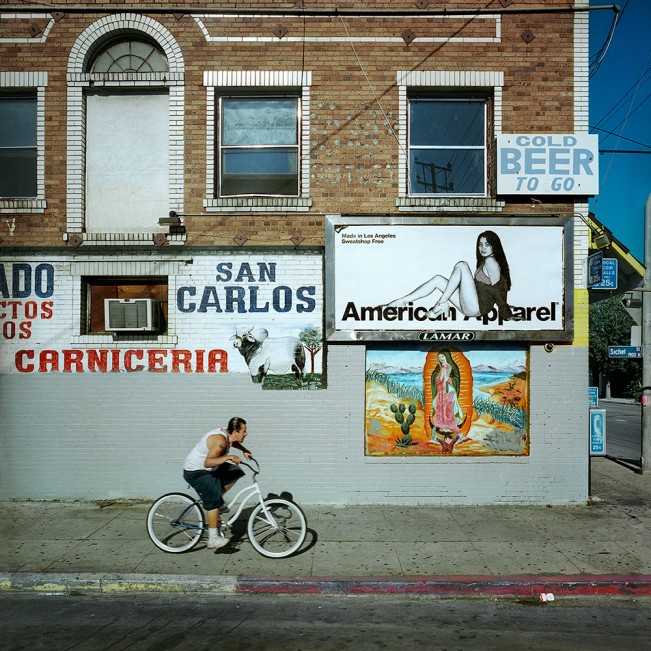 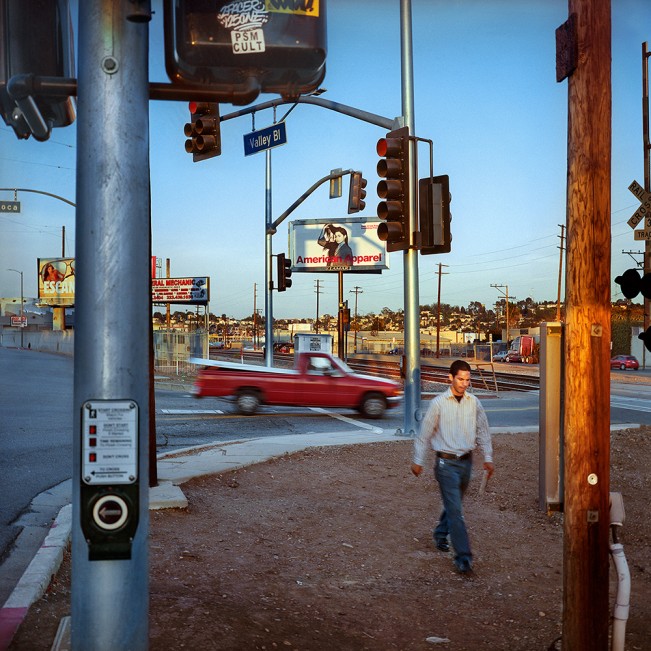 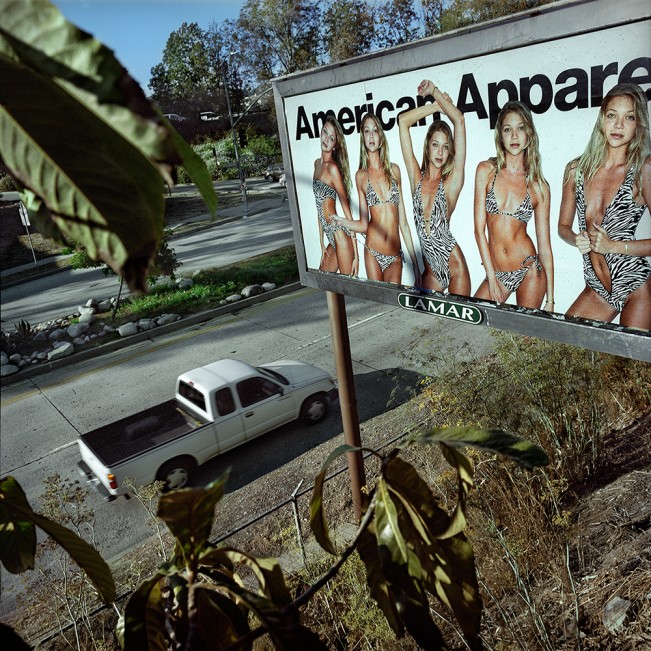 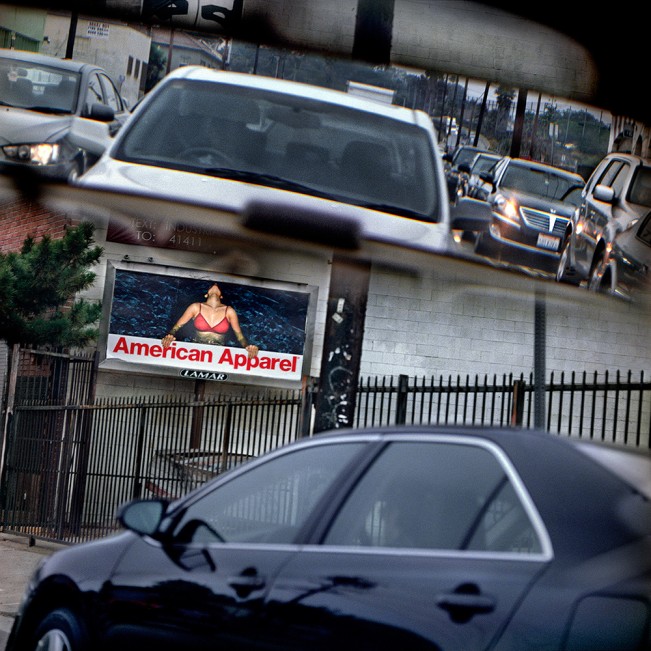 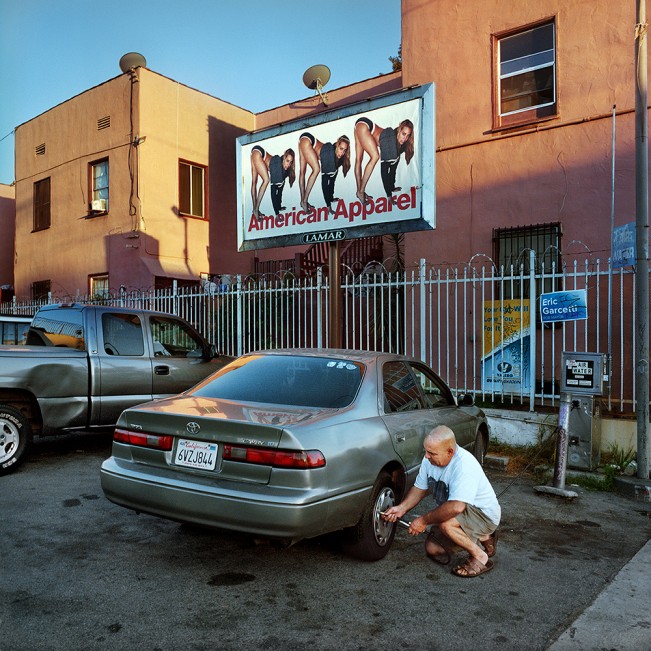 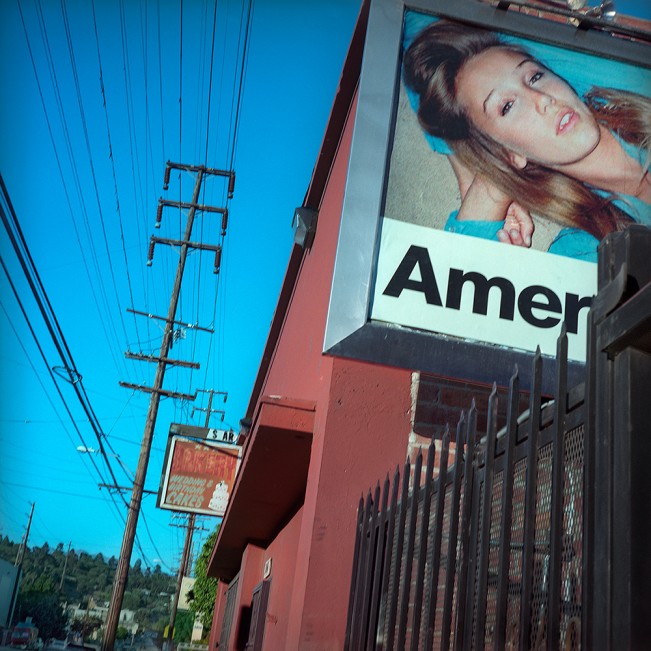 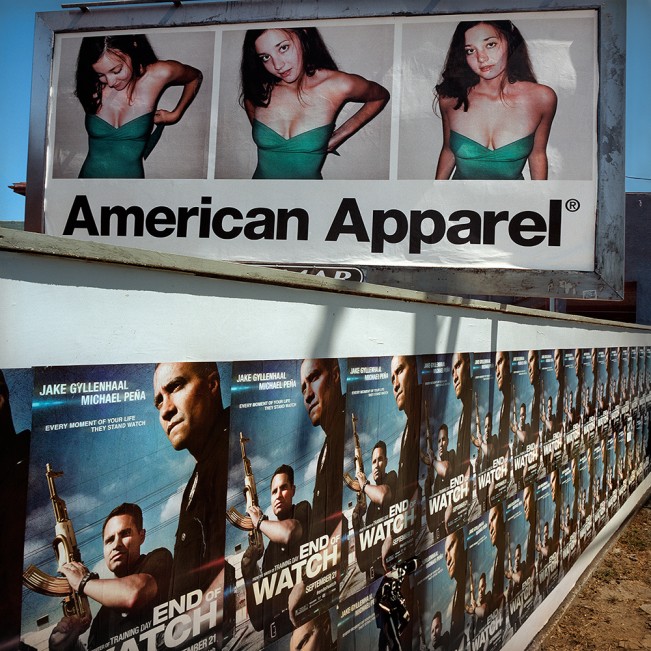 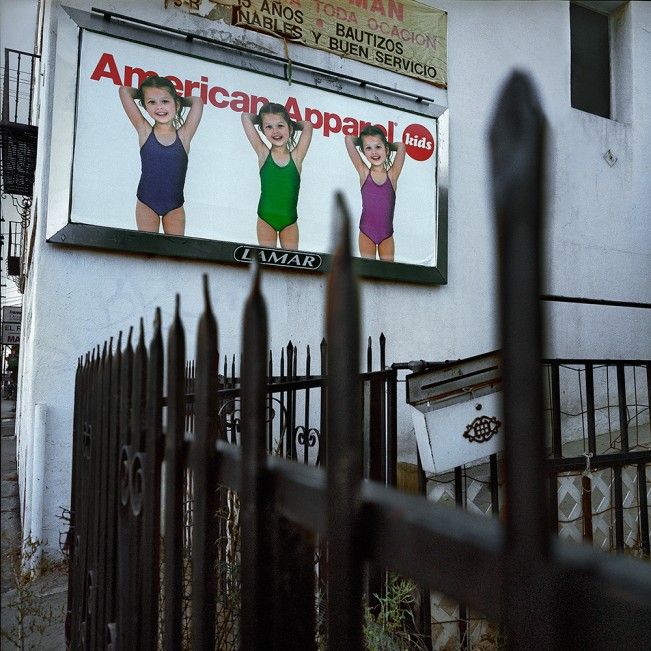 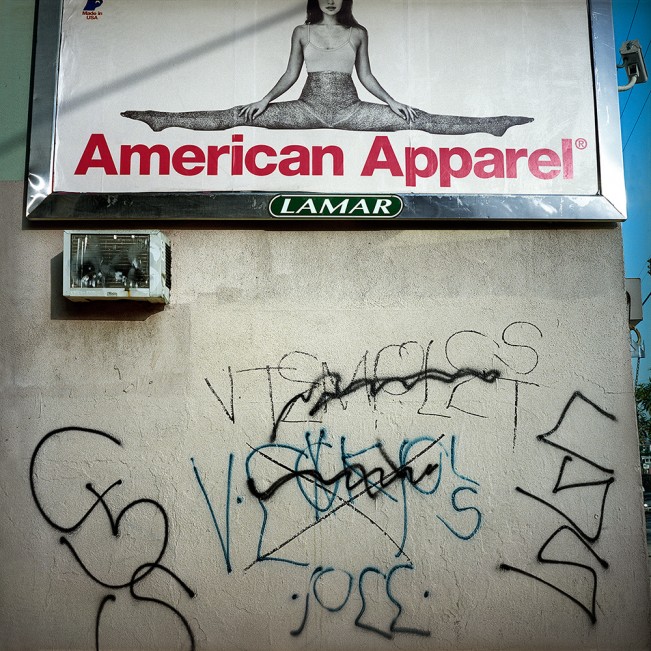 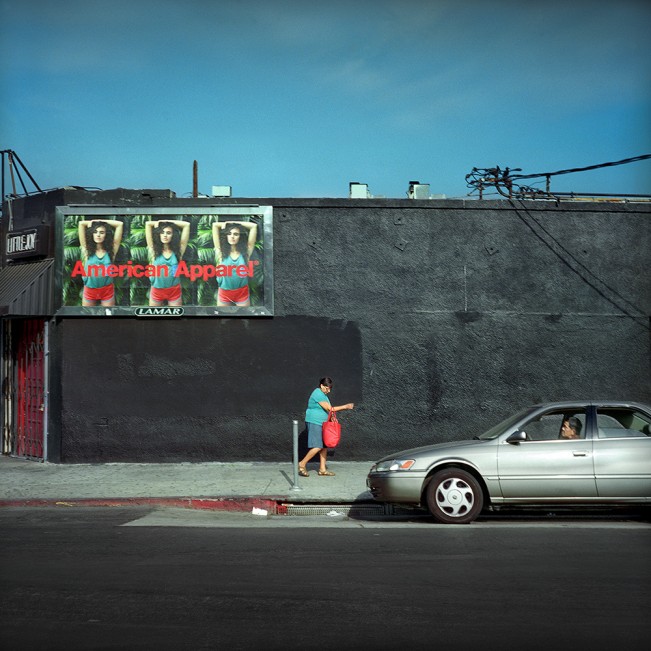 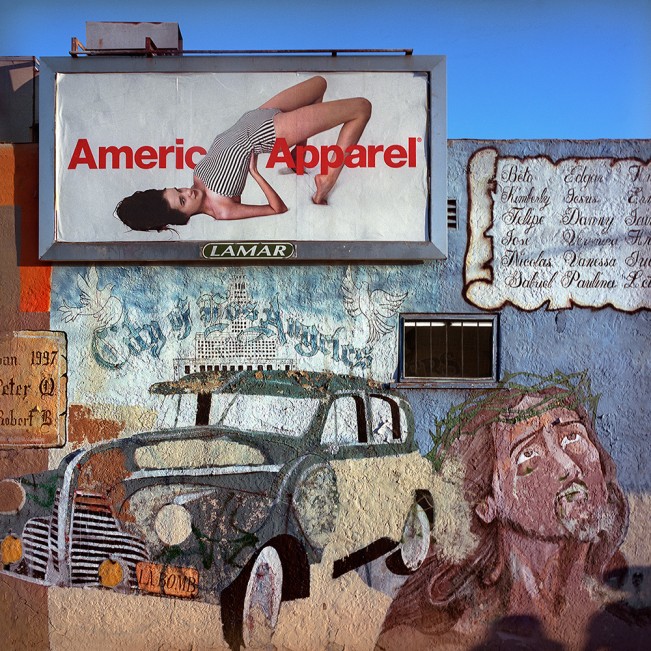 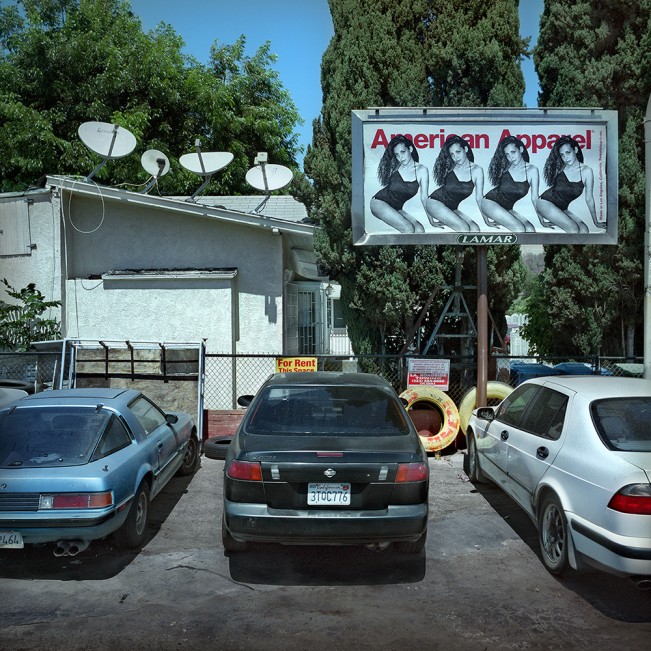 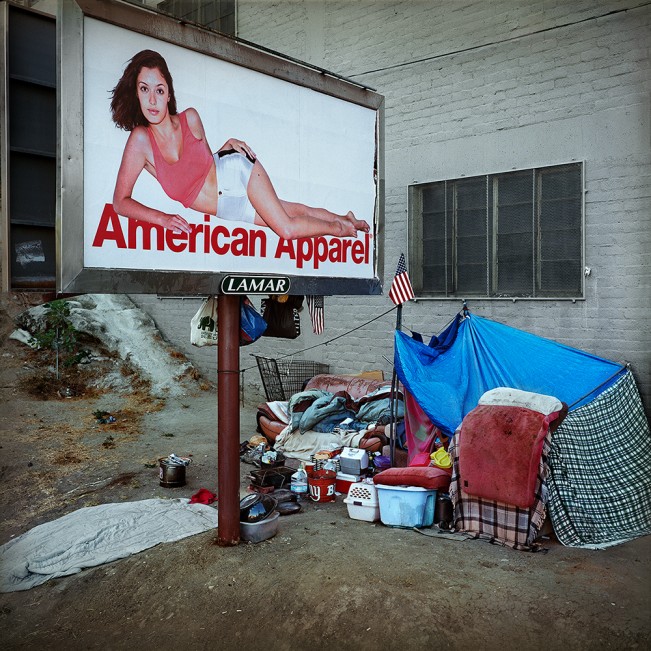