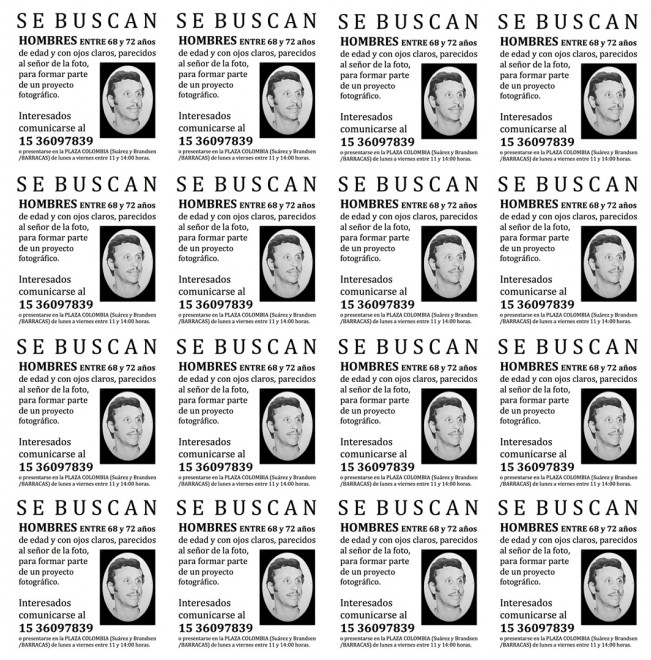 I am thrilled to introduce Guest Editor Mariela Sancari who will be sharing the work of Mexican photographers on Lenscratch this week. Her impressive bio reflects a career of deep engagement with the photography community and I am honored to have her curation this week.  I am featuring Mariela’s series, Moisés, today.

Mariela’s statement about the state of photography in Mexico: I faced a bit of a challenge when having to select six photographers for the Mexico Week because of the huge amount of diverse photographic work that is being done all over the country these days.

I selected to show some of the many different subjects, approaches, and interests addressed by contemporary mexican photographers, from male nude portraits to landscape and conceptual work. Mexico has a very important and well known photography tradition, with the work of photographers like Manuel Alvarez Bravo, Graciela Iturbide, Nacho López and many more.

In the present day, the practice of mexican photographers is the combination of this photographic tradition, with its developments and changes, and its translation into contemporary issues. I believe mexican photographers are trying to move away from the stereotypical images to redefine their visual identity, without denying its photographic heritage, portraying their current interests –from political and economical to cultural and emotional- with a very critical and introspective vision.

I think that is, among others, the reason of the blooming panorama of contemporary mexican photography. 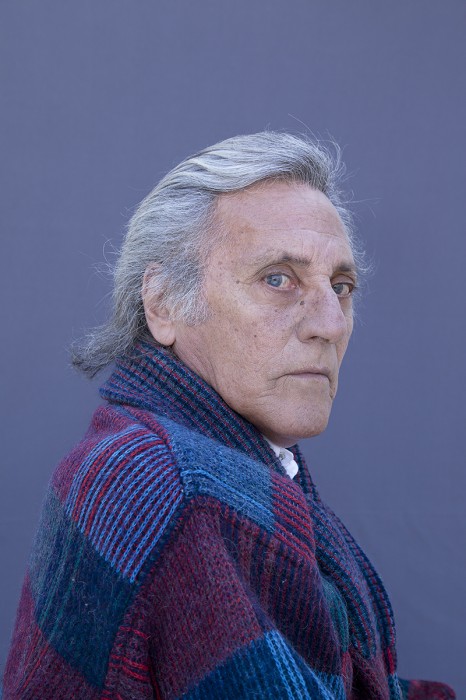 Mariela was born in Buenos Aires, Argentina in 1976. She lives and works in Mexico City since 1997. She has received numerous awards for her work: she was named one of the Discoveries of the Meeting Place of FotoFest 2014 Biennal. Winner of the VI Bienal Nacional de Artes Visuales Yucatan 2014 in Mexico and PHotoEspaña Descubrimientos Prize 2014 with her series Moisés, her work has been selected for the XVI Bienal de Fotografía from Centro de la Imagen and XI Bienal Monterrey FEMSA, both in Mexico aswell. Recently named one of PDN’s 30: New and Emerging Photographers to Watch, she received an Honorable Mention in the Official Selection Artemergente National Monterrey Bienal 2012 with her series The two headed horse. She was also a finalist for the scholarship Roberto Villagraz 2012 and 2013 for the Master of Photography EFTI, Madrid, Spain, and winner of the 3rd. National Photography Competition La Membrana.

She was a finalist for the 2012 and 2013 APA Scholarship awarded by Lucie Foundation in Los Angeles, California. She received an Honorable Mention in the contest for Contemporary Photography in Mexico of the Mexican Foundation for Film and Arts of Coahuila and in the 32nd. Photography Contest Photographer’s Forum. Recipient of the Artist in Residency Program FONCA-CONACYT for a project in Buenos Aires, ARGENTINA in 2013.

In 2011 she has been selected to participate in Contemporary Photography Seminar at Centro de la Imagen in Mexico City. She has participated in numerous solo and group exhibitions in Mexico City, Madrid, Barcelona, Buenos Aires, Guatemala City, New York, Sao Paulo, Caracas, Fort Collins, Houston and Cork, Ireland. She is planning her next solo show in Centro de las Artes de Alcobendas, Madrid, Spain in July 2015.

Her work is part of the Instituto de Cultura de Yucatán Collection and the Joaquim Paiva Collection in Rio de Janeiro, Brazil. She is represented in Mexico by Patricia Conde Galeria. 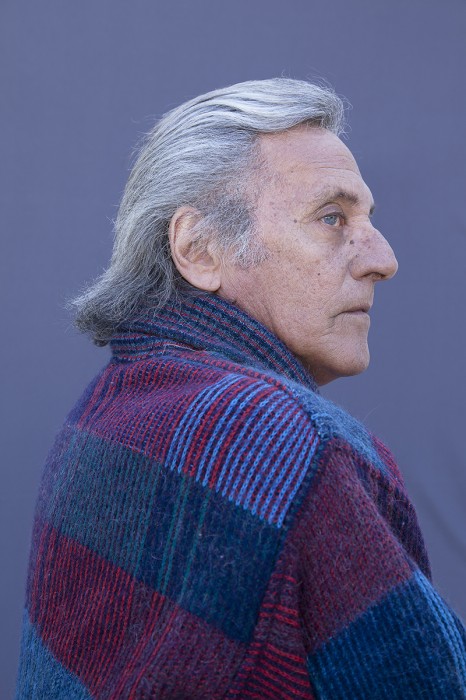 Mariela’s work “revolves around identity and memory and the way both are mingled and affected by each other, time and space. She examines personal relations related to memory and the thin and elusive line dividing memories and fiction.” Today we feature her series, Moisés, that explores the search for memory through fictional characters that remind her of her father. 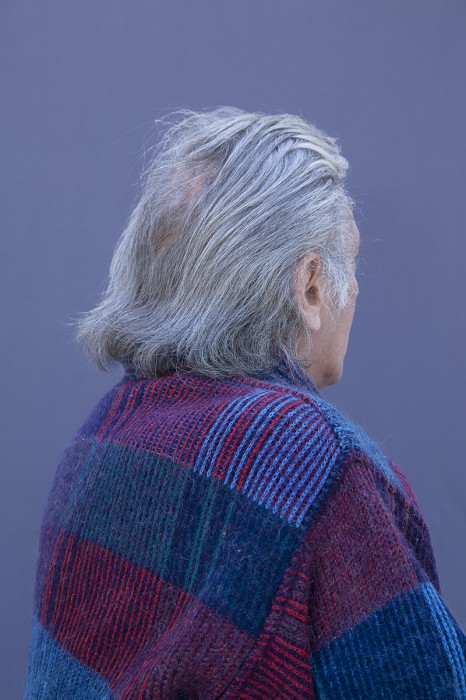 Photography is our exorcism – Jean Baudrillard

Thanatology asserts that not seeing the dead body of our beloved ones prevents us from accepting their death. Contemplating the body of the deceased helps us overcome one of the most complex stages of grief: denial.

My twin sister and I were not allowed to see the dead body of our father. I never knew if it was because he committed suicide or because of Jewish religious beliefs or both.

Not seeing him has made us doubt his death in many ways. The feeling that everything was a nightmare and the fantasy we both have that we are going to find him walking in the street or sitting in a cafe has accompanied us all these years.

I once read that fiction´s primary task is to favor evolution, forcing us to acknowledge and become the otherness around us. I think fiction can help us depict the endless reservoir of the unconscious, allowing us to represent our desires and fantasies. 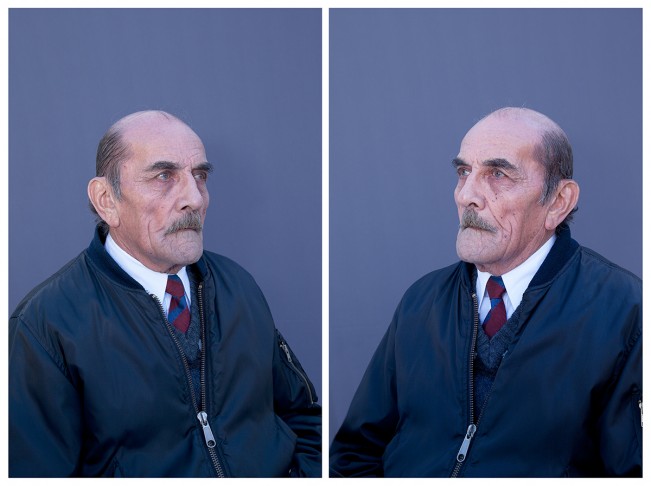 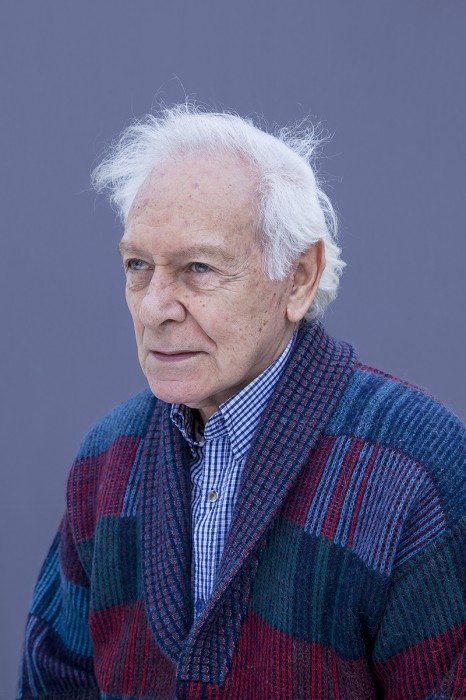 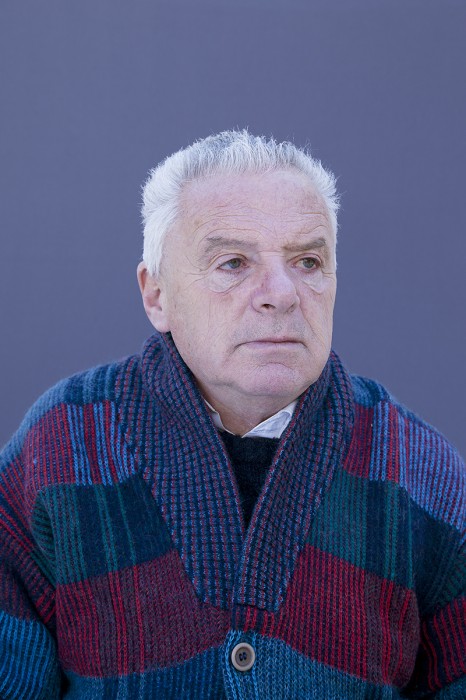 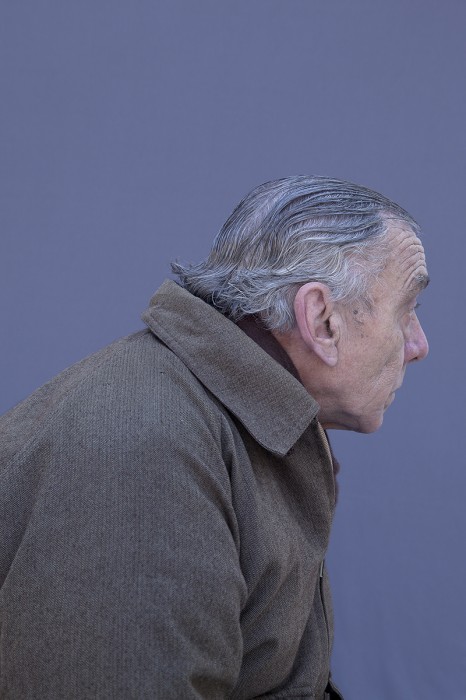 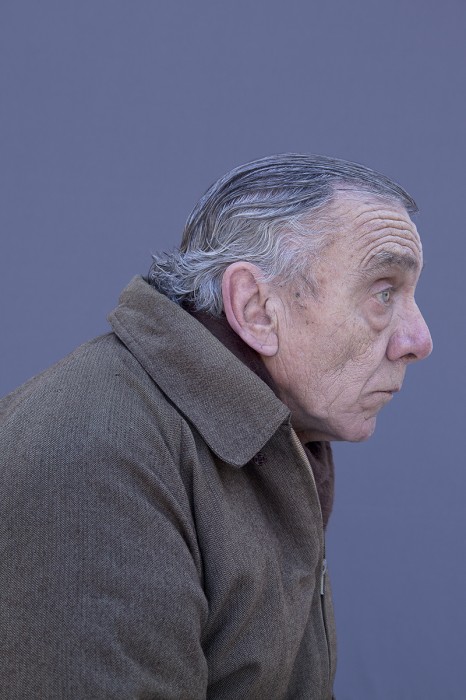 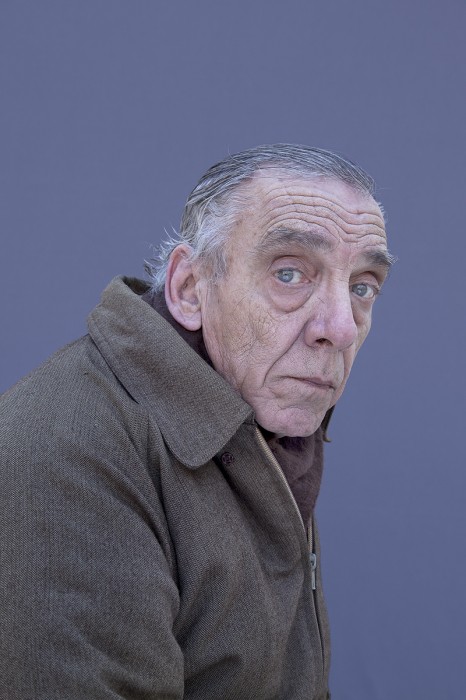 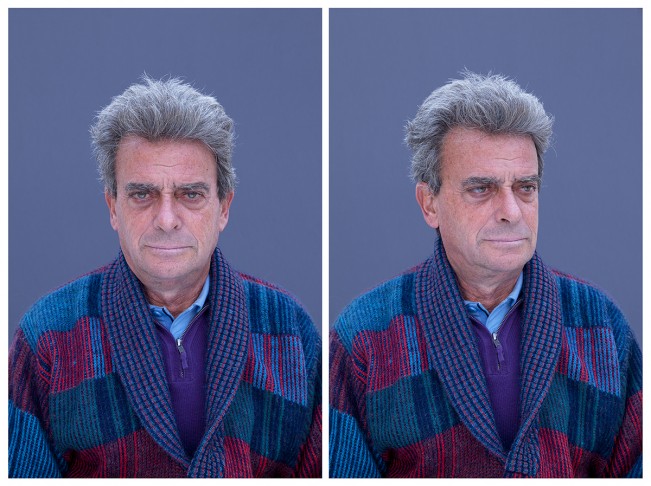 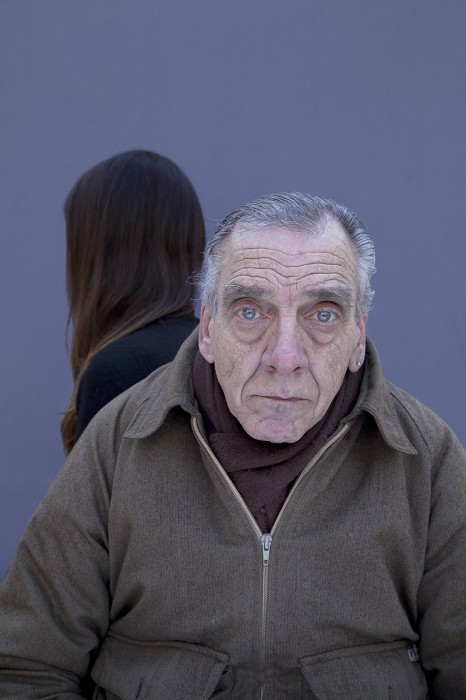 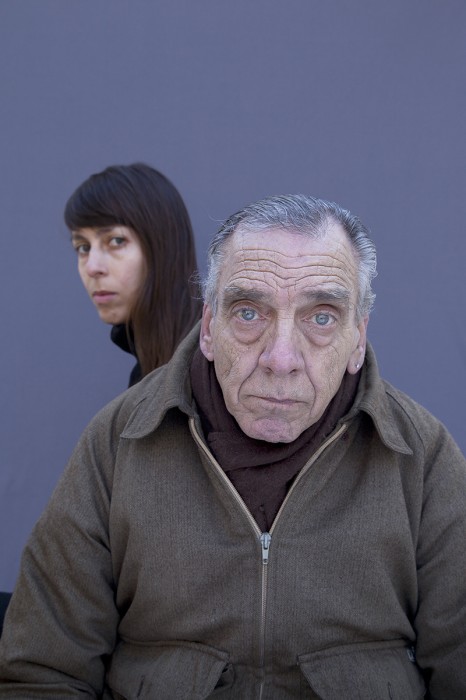 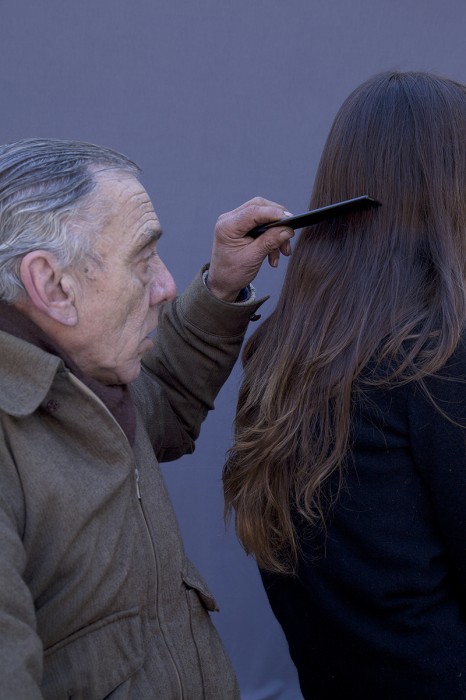 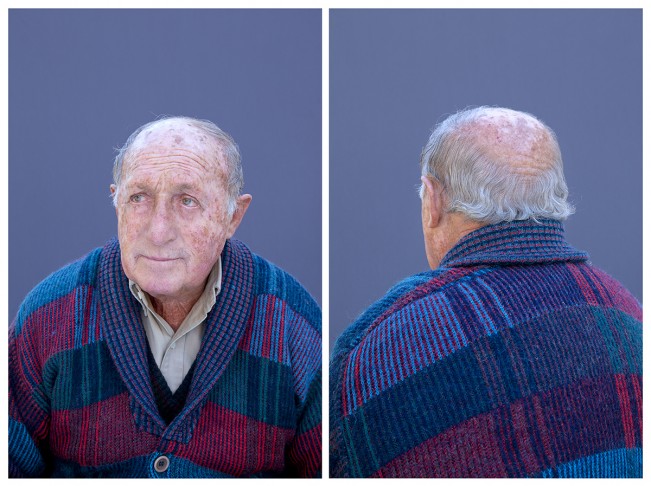 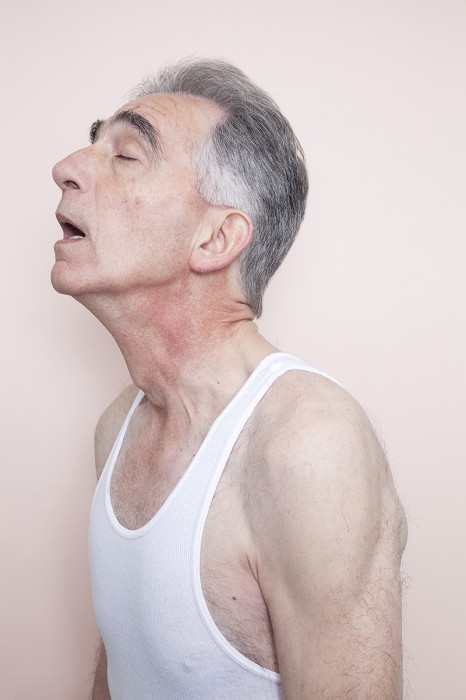 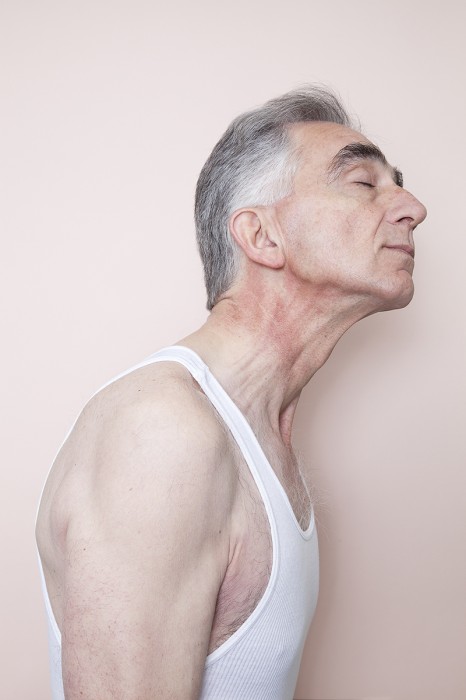 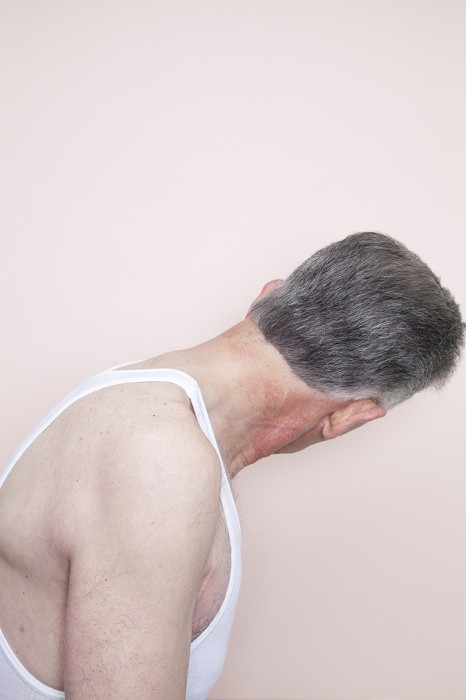 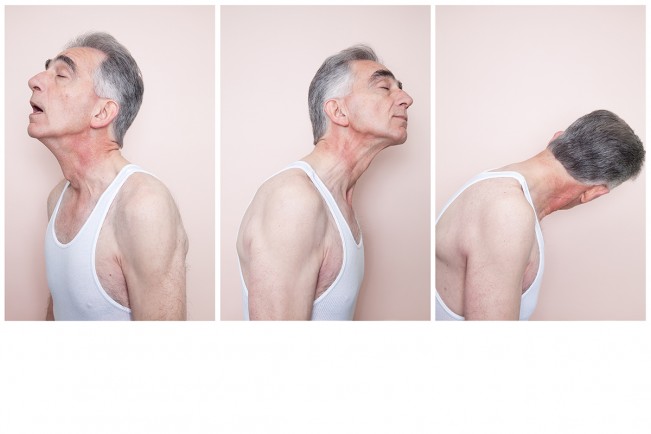