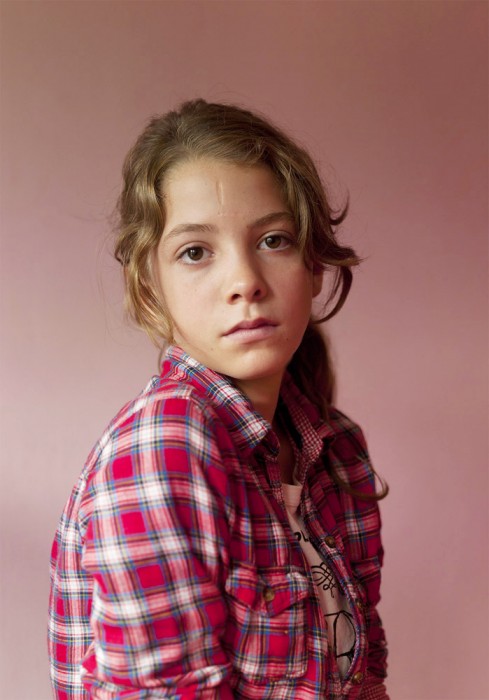 The social constructs of youth are no stranger to Evan Baden, however this time he has investigated the idea of today’s American teenager.  This story, though culturally changes through time, is cemented in themes of popularity, self-discovery, ever-lasting summers, and children who fall fast into love.  Evan has created a coming of age tale that covers many different aspects of adolescence.  Though these stories are fabricated, they are in fact weighted by true events, which I believe we all can relate to.

Evan Baden earned his M.F.A. from Columbia College in Chicago in 2014.  His bodies of work include The Illuminati, Technically Intimate, Under the Influence, A Conversão de São Paulo, and The Taradiddle High School Yearbook Project, 2014-15. They have been widely exhibited internationally with museums and galleries throughout Europe and the United States.

His work is held in public collections such as the Walker Art Center, Milwaukee Art Museum, FOAM Amsterdam, the Finnish Museum of Photography, the Museum of Contemporary Photography, and the Kinsey Institute. 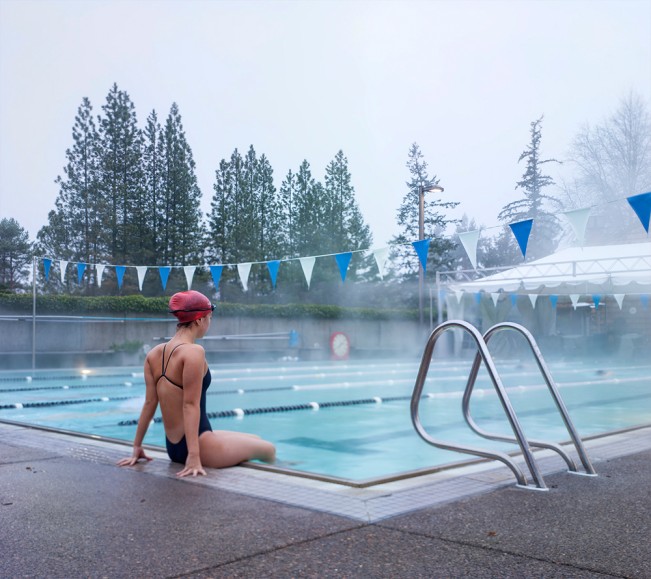 based on actual events

Since photography’s inception, the publics’ natural inclination is that photography is the ultimate truth-teller.

They have been misled.

Today, more than ever before, we are surrounded by lies. Our culture is dominated by photographs that desire desperately to be true. To serve as evidence of our travels, achievements, and popularity. The world of social media is a world of half-truths, exaggerations, and outright lies. This is the world that young people are attempting to grow up in.

For those mired in this newfound environment, their reality is different than those who have come before. The biographies that they form of everyone they know, even their most intimate of friends, are a mix of the fiction that they see in social media posts and the in-person experiences they have. No one is completely what they seem.

The images for The Taradiddle High School Yearbook Project, 2014-15 focus on a consistent group of young people. However, the high school they attend and the connections between them, like much of the world they actually live in, are a work of fiction. Using their own stories, rumors, pop culture influences, and their own desires, we create images that belong to a world that appears to be real; and as far as truth in our society is considered, it is. For often, the only proof that an event took place is the images that accompany the story, even if those images and events never took place as purported.

These images both question the legitimacy of the image as a record as well as the problem of striving to find ones identity in a world of fiction. 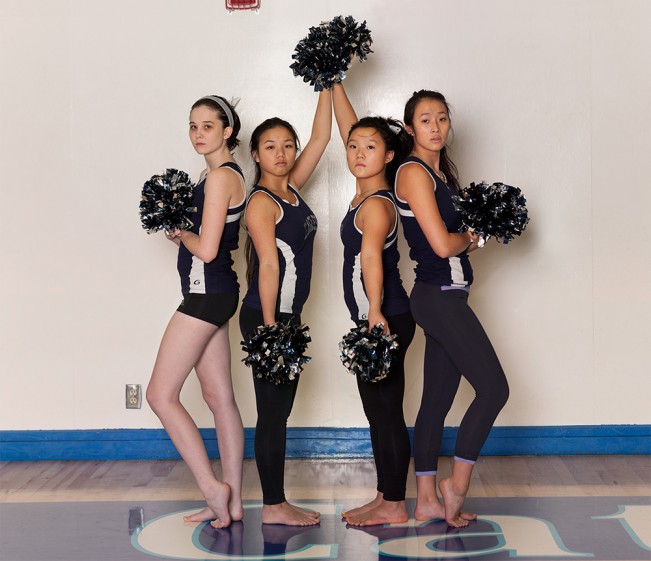 Begun as a collaborative project with students attending Catlin Gabel high school in Portland, Oregon during my stay as Artist-in-Residence at the Oregon College of Art and Craft, I will be continuing the Taradiddle Yearbook through the end of 2015 in collaboration with high schools in the Chicagoland and Minneapolis/St. Paul areas. The images will be mixed and rearranged, to pull together disparate locations and people into one group.

The work will exist in two ways. First, as large scale prints, mounted and framed in floating frames of dark wood–replicating the feel of school portraits hung in a high school.

The second as an actual, hardcover high school year book. The book will bring together the scenes, portraits, still lives, and landscape images to form a complete experience of what it is to grow up half-in and half-out of a digital environment. The yearbook will be complete with hand written text filling the end sheets and appearing throughout the book. To the viewer, it will feel as if they have stumbled across a stranger’s yearbook and they are invited inside to see the images and read the personal messages that have been written.

The text will be provided and written by the students. Some of the text will be small blurbs and some will consist of longer, drawn out stories. However, all of the text will relate to images found throughout the book, though it will not necessarily appear in proximity to the image it references.

The images in the book belong to one of 8 chapters, although they will be not be arranged by chapter. 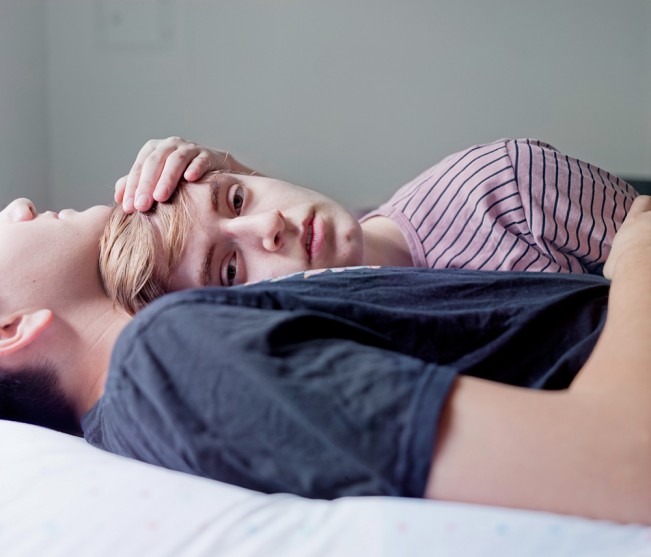 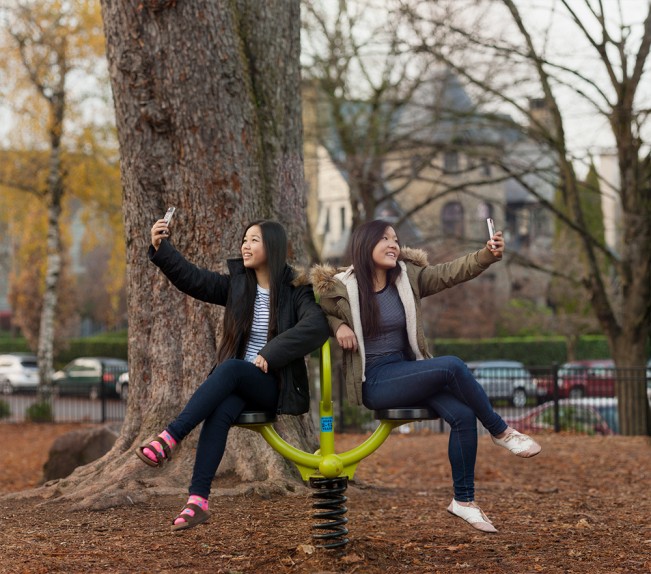 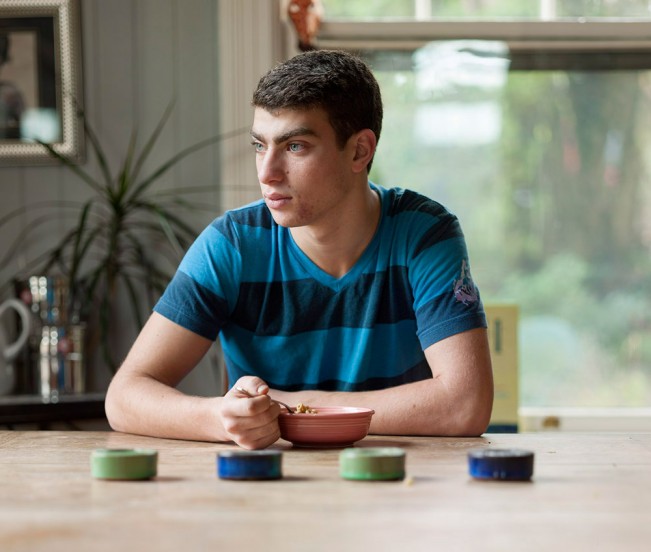 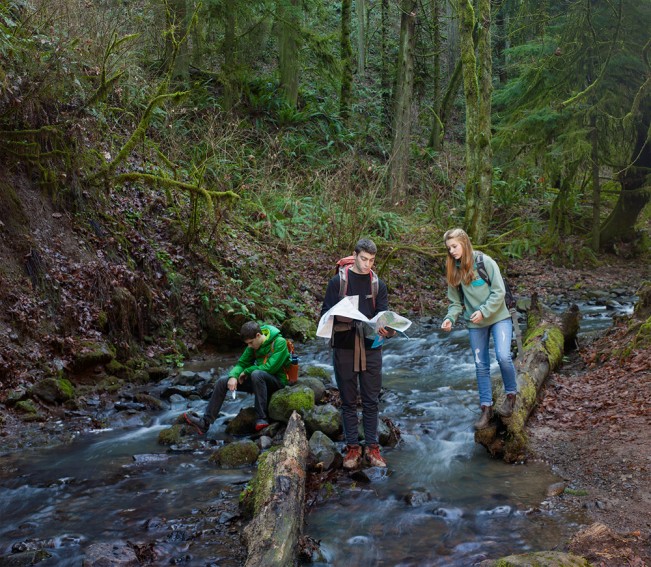 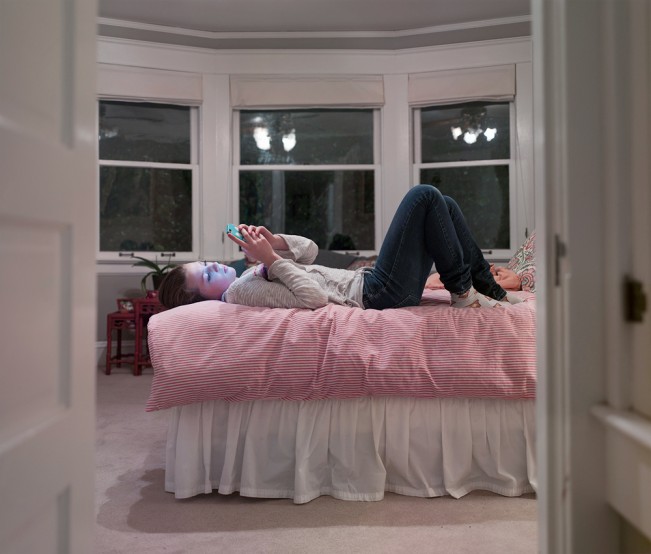 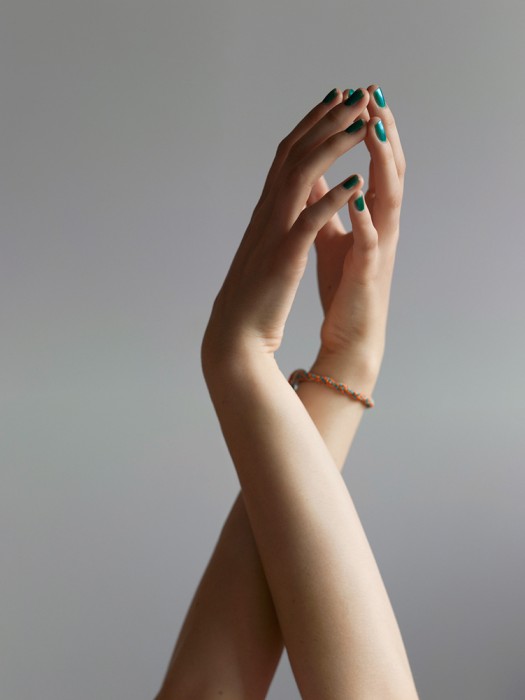 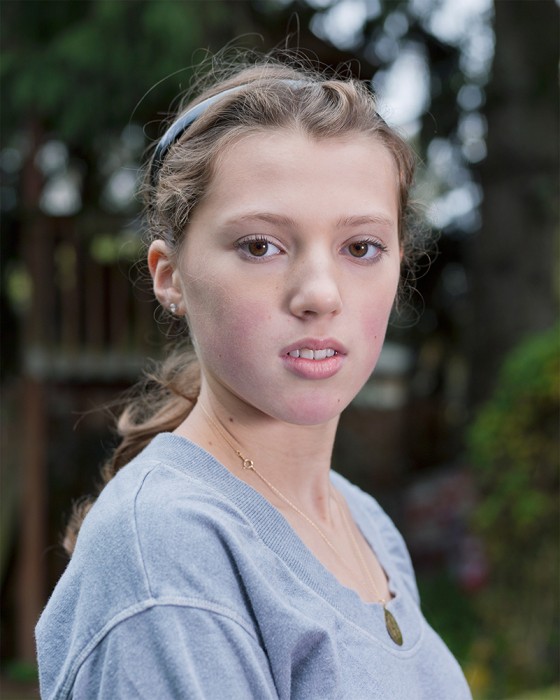 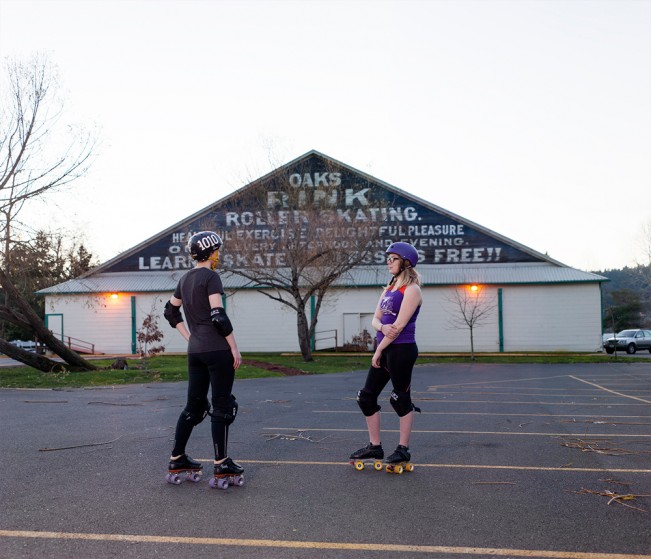 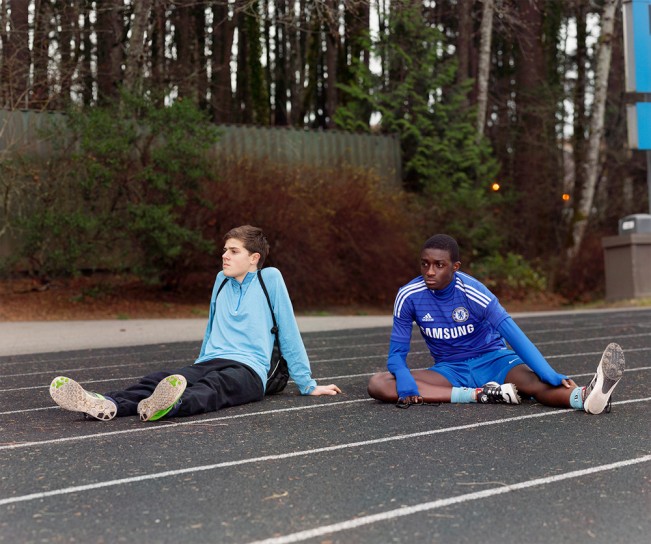 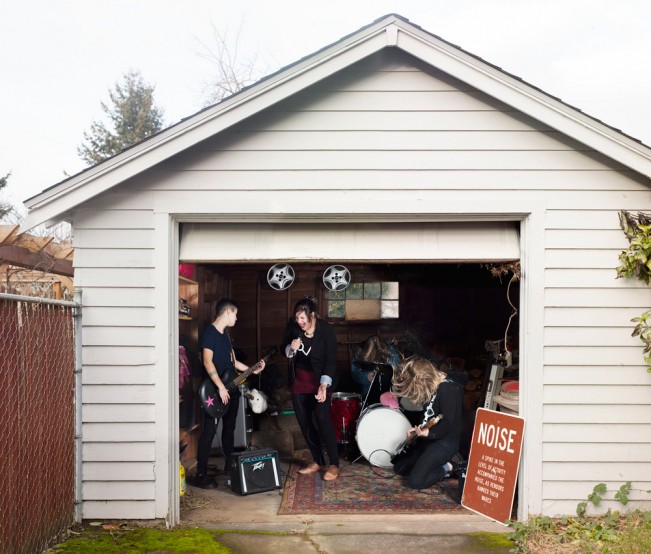 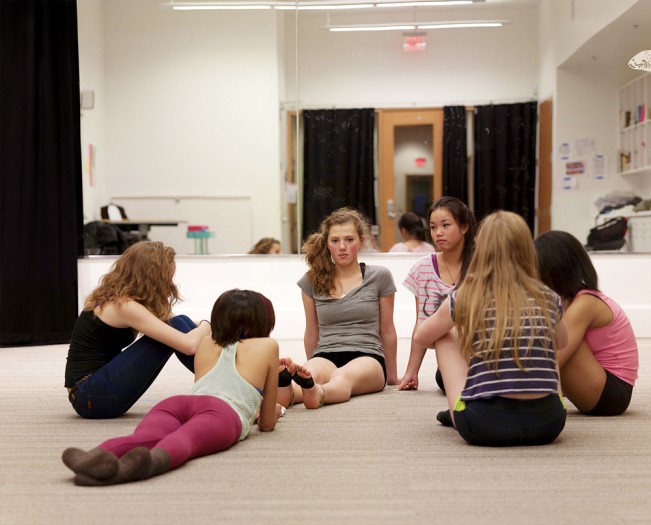 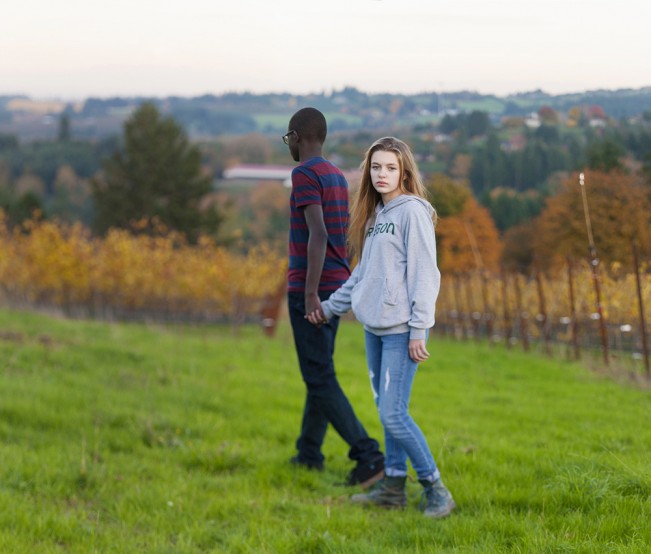