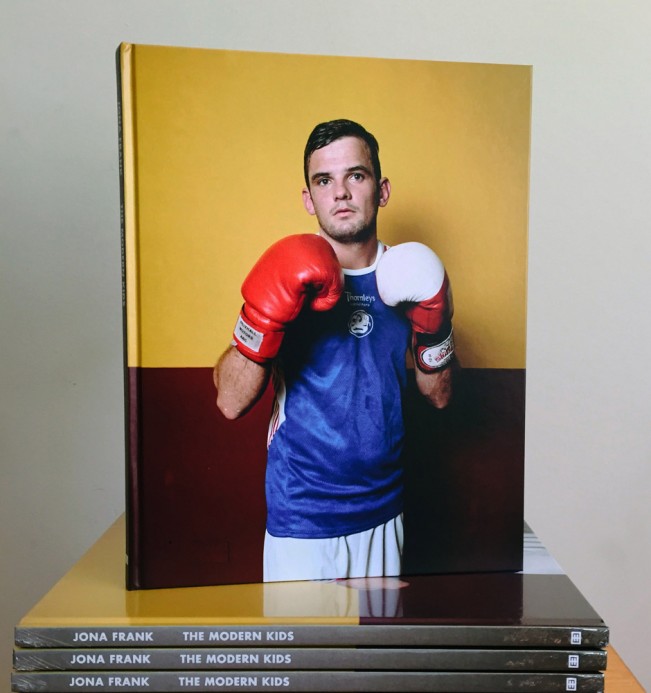 Photographer Jona Frank has just released her third book, The Modern Kids, published by Kehrer Verlag. Produced in tandem with a documentary film about a local Liverpool fighter going for his first title fight, The Modern Kids features portraits captured at an amateur boxing club just outside of Liverpool in a suburb called Ellesmere Port.  This project is a continuation of her interest in the youth culture and follows her other publications, High School and Right: Portraits from the Evangelical Ivy League. 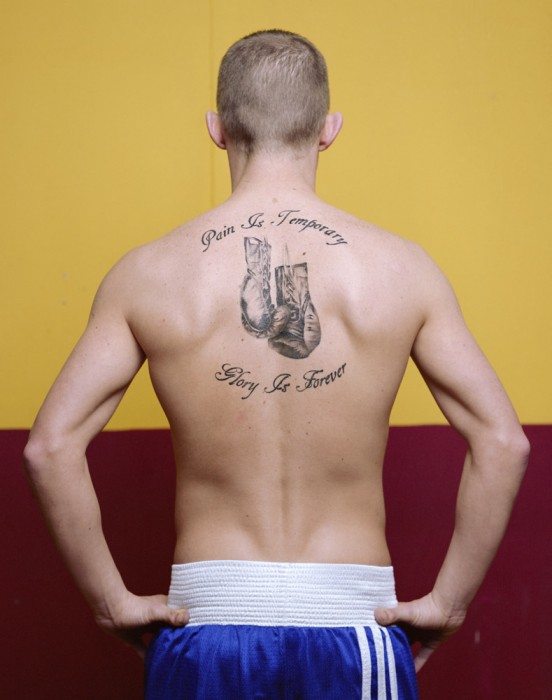 Work from The Modern Kids was prominently featured at this years LOOK Festival of Photography in Liverpool. Additionally, work from RIGHT and High School was recently exhibited at the Diffusion Festival in Cardiff, Wales, as part of an exploration into “Looking At America.” 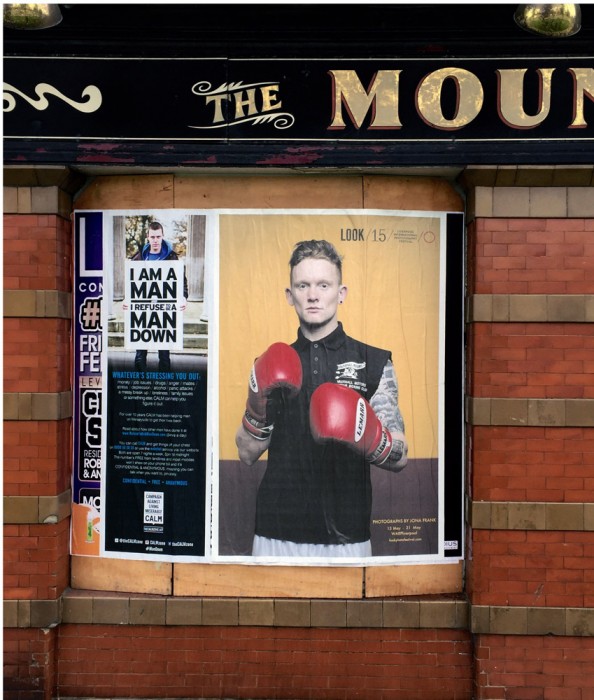 ©Jona Frank, poster from the LOOK Festival in Liverpool 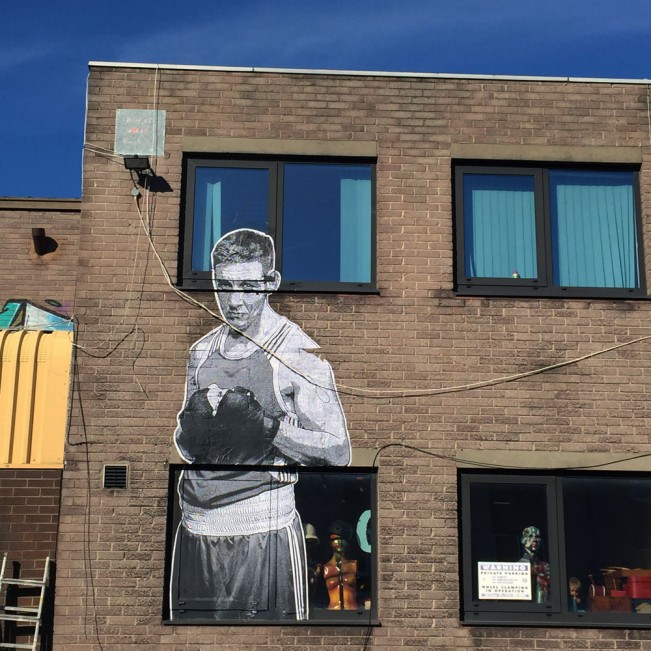 images from the series 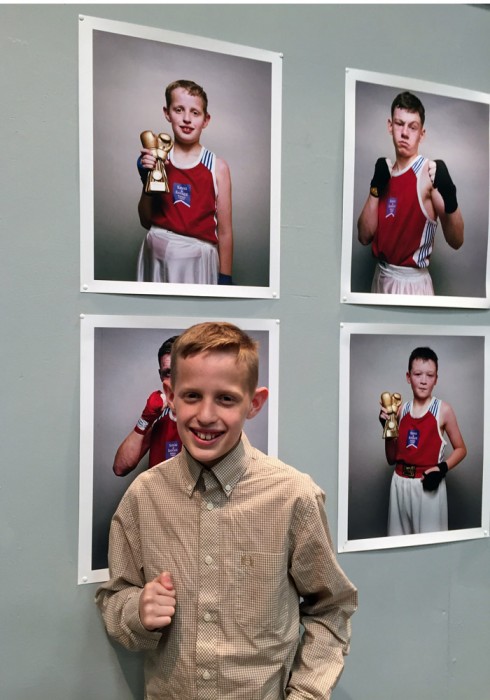 one of the boxers in front of his image 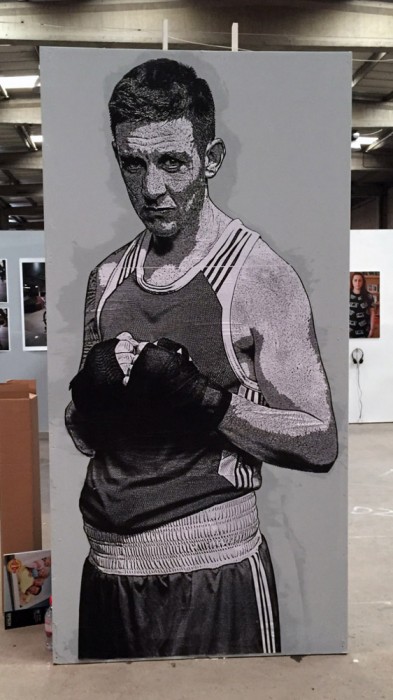 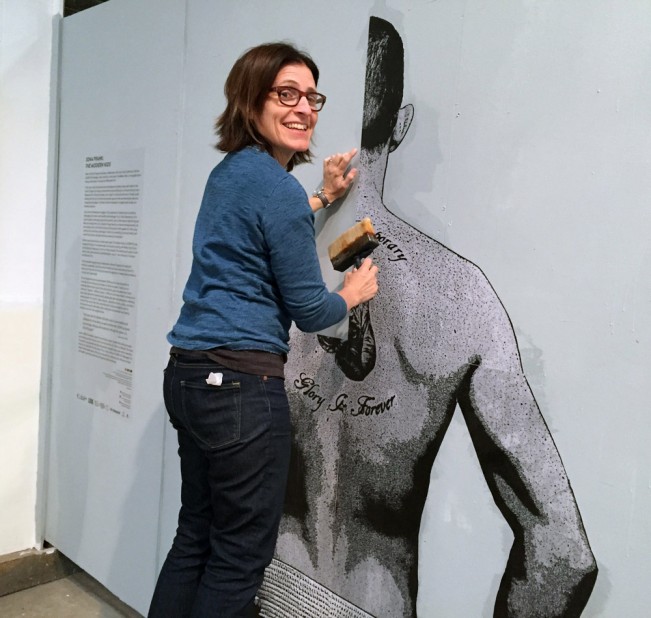 Her work is in many private and corporate collections, as well as museums including the Getty Museum, SF MOMA and the Museum of Fine Arts, Houston. Her photographs have appeared in print and online in such media as Newsweek, The New York Times Magazine, The New Yorker, Mother Jones, The Independent and The Guardian.

Frank teaches a course on contemporary portrait projects at the Art Center College of Design in Pasadena, CA and is represented by Desoto Gallery in Venice, CA. 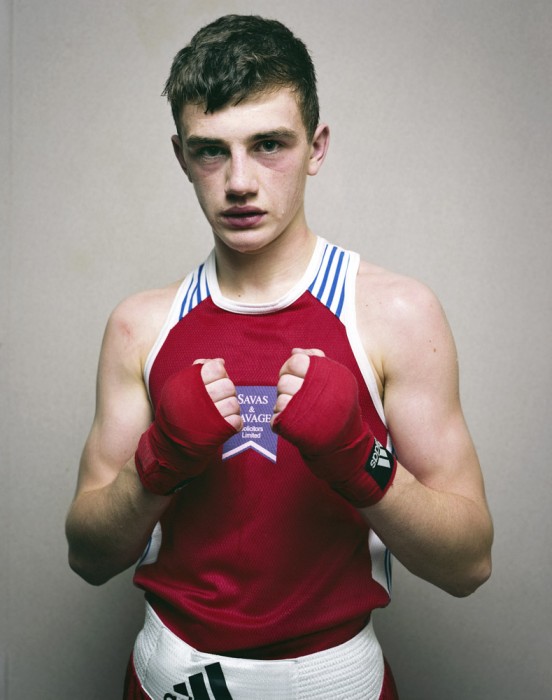 In the Fall of 2010, I started spending time in amateur boxing club just outside of Liverpool in a suburb called Ellesmere Port. Arcade Fire just released The Suburbs and every time I left the gym, the words from the song Rococo played in my head: “They seem wild, but they are so tame”. In the song they are singing about going downtown and watching the modern kids. It made me think about how these boys, in this town, are in their life. For them, everything is present. This is their 21st Century, their right now, but their faces evoke the past. 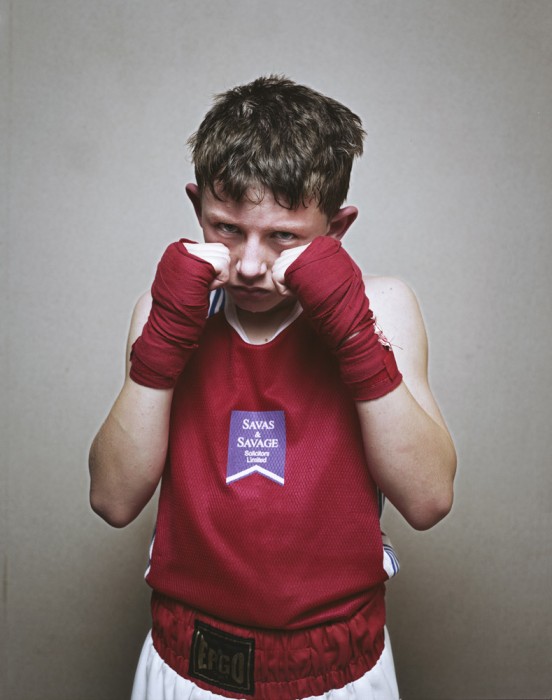 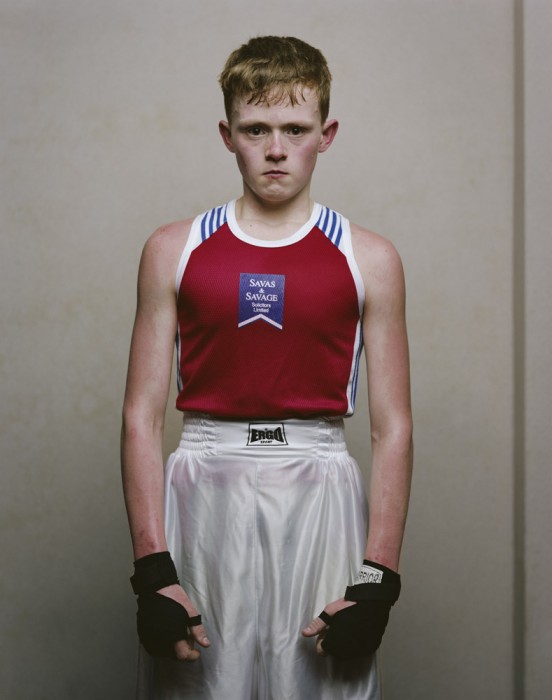 Many of them, shirtless and sweaty, their hands covered with big, puffy, colorful gloves, look timeless, but the truth is they are like any adolescent who is trying on a role and attempting to find their place. Like the suburb of Liverpool where these photos were made, boxing has a foot in the past while grasping its contemporary purpose. I wanted to provide a record of a sport and a community whose presence is slowly fading. 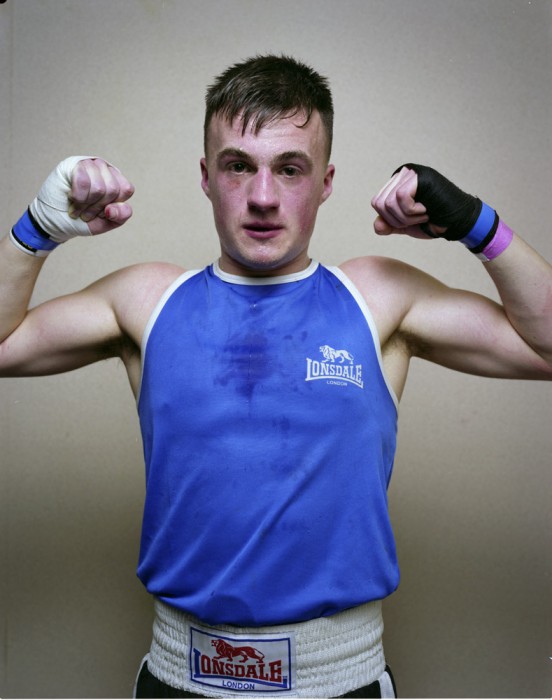 In January of 2015, I had the first exhibition of the boxers at DeSoto Gallery in Venice. This was followed up with a busy few months of travel. First, back to Liverpool where I was able to share the work with a fantastic hometown crowd at the LOOK Photography Festival. LOOK also provided an opportunity to show work in the public realm and to collaborate with a local street artist to exhibit the boxers in an exciting, new form. 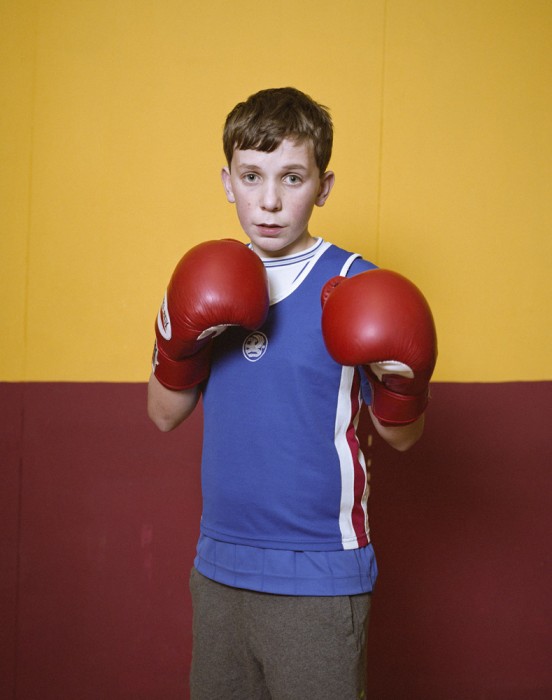 After Liverpool, I spent a few weeks in Heidelberg, Germany at Kehrer Verlag on press for The Modern Kids. 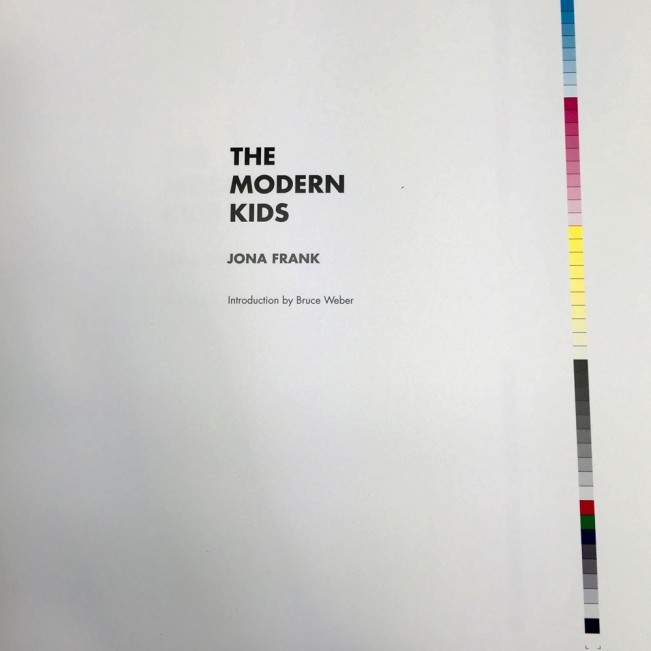 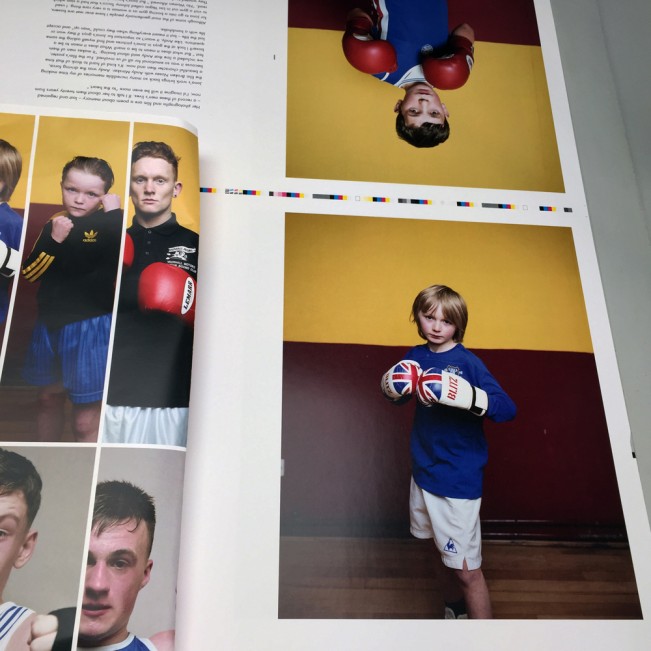 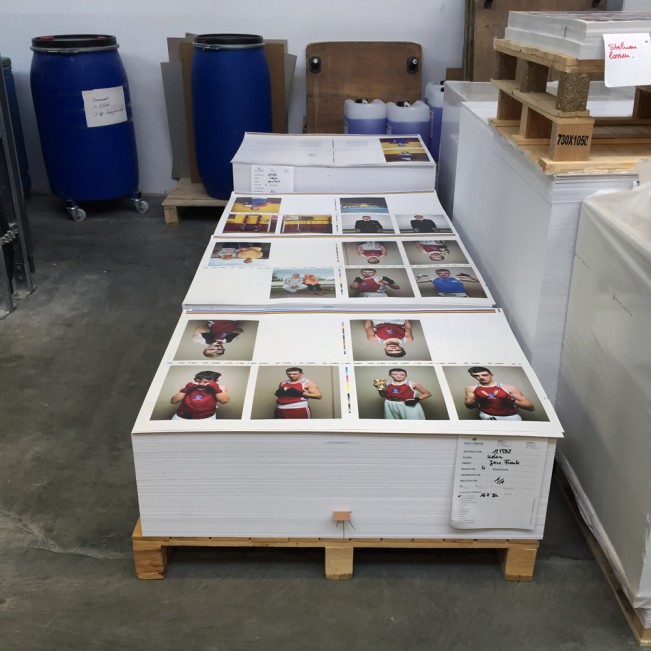 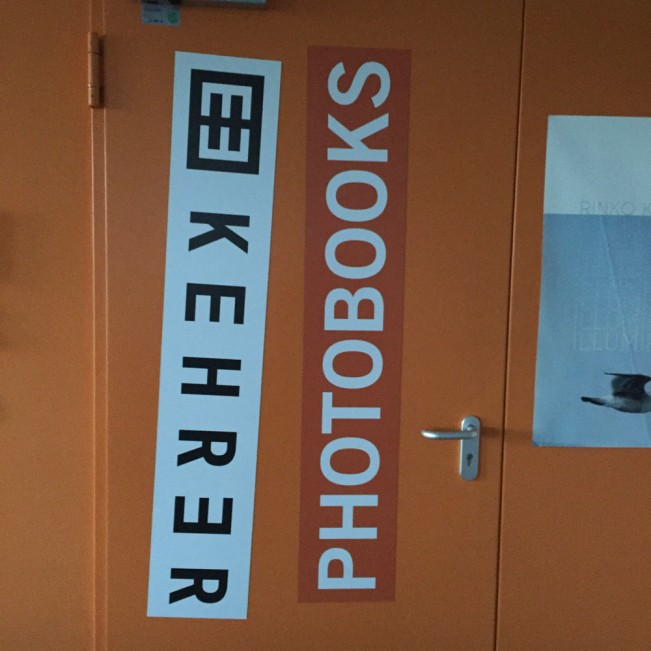