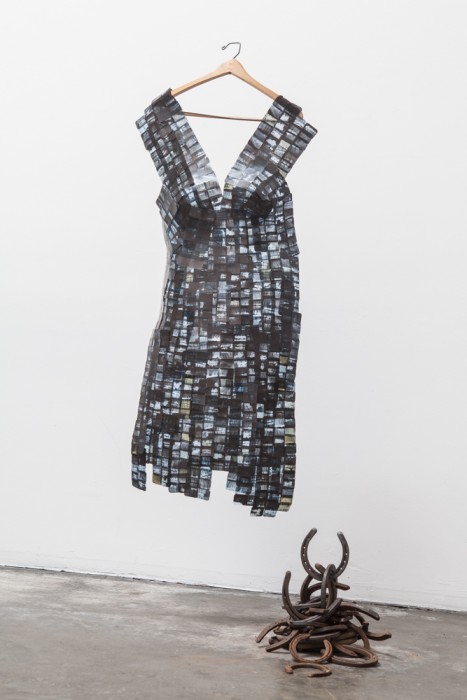 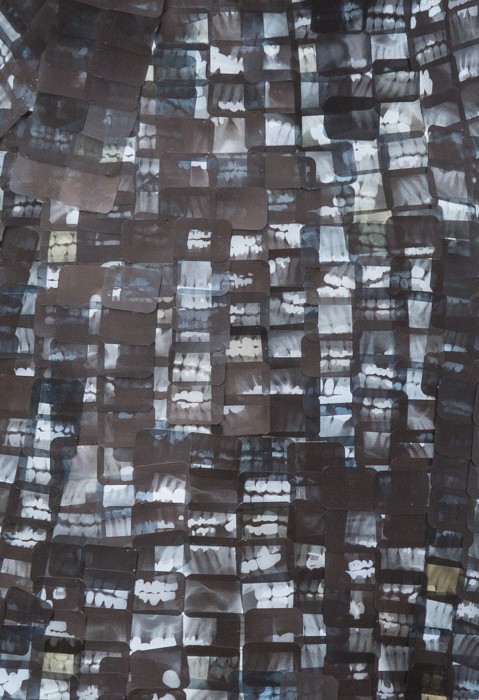 Los Angeles artist and photographer Jane Szabo has been creating constructions of self using materials she has found in her home, as a way to consider the complex layers of one’s persona. Though the work is sculptural in nature, it is the photograph that is the ultimate goal, not the construction. Her collection of selves continues to grow and expand, each revealing something unique and unexpected. Jane ends the year with a bang, having work in over twenty exhibitions in 2015 and more to follow.

Jane received an MFA from Art Center College of Design in Pasadena, CA. Her award winning fine art photography has been has been exhibited across the United States and internationally, and has been included in exhibitions at the Oceanside Museum of Art, the Griffin Museum of Photography, Colorado Center for Photographic Arts, PhotoSpiva, San Diego Art Institute, Orange County Center for Contemporary Art, and Gallery 825 in Los Angeles. Her series Sense of Self was featured in a solo show at the Los Angeles Center for Digital Art in 2014. In March 2016 her work will be featured as a solo show “Investigating Self” at the Yuma Fine Art Center in Arizona. 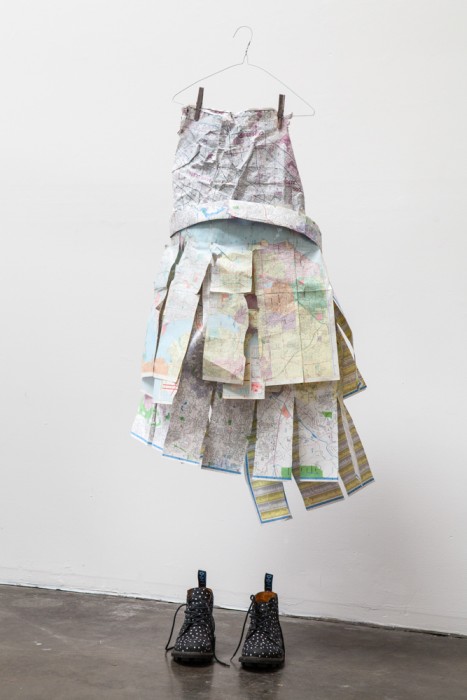 The act of self-­‐portraiture is akin to gazing into a mirror, except the gaze goes deeper; looking into one’s self, not just at one’s reflection. In Reconstructing Self, I creatively explore self-­‐portraiture, pushing the boundaries of the tradition, finding new ways to express self-­‐identity. Reconstructing Self merges fabrications with conceptual photography in a series of self-­‐portraits, playfully examining issues of identity in an ambitious juxtaposition of fashion, sculpture, installation and photography. 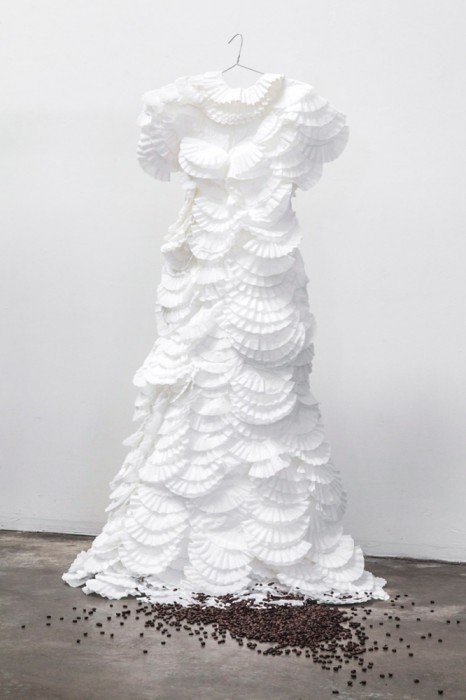 Photographs of dresses made from familiar objects such as coffee filters and dental x-­‐ rays, suggest a persona and become a stand in for my self. The personas represented in these forms illustrate who I am, who I am not, and who I wish to be. Drawing from my own background, I create still lifes, pairing objects with the dresses, building a story, and invite the viewer to contemplate the connections, and develop their own mythology. 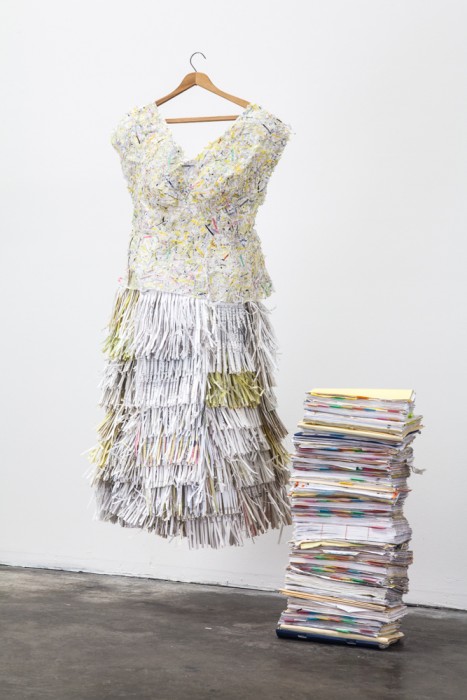 The balance between the self and the world outside can be a precarious one. We struggle to find a way to individualize ourselves, yet often merely blend in among the masses. Presented as a typology, the photographs of dresses with their accompanying objects encourage the viewer to look closely to analyze the differences and similarities, and perhaps to fit themselves in to one or more of these dresses or “selves.” The empty forms suggest alienation or loneliness, while the materials and objects simultaneously strive for individuality and uniqueness. Though these works are self-­‐portraits, with personal stories and memories embedded through the use of specific materials, the lack of human form makes the dresses universal. With references to paper doll dresses and childhood playtime, one can imagine these personas could be put on and removed at will as the mood, personality and stories change. 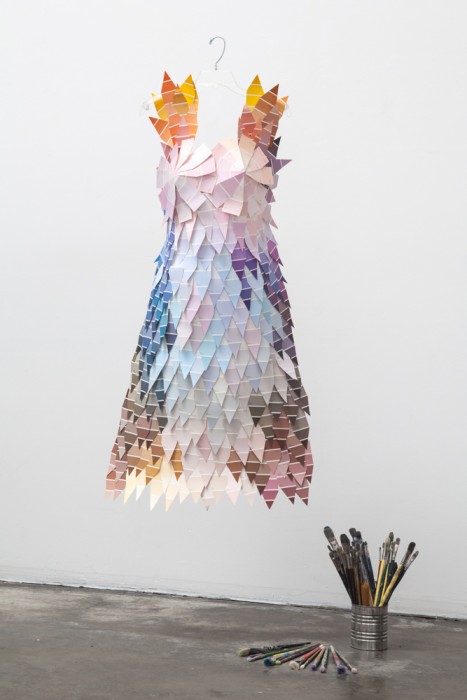 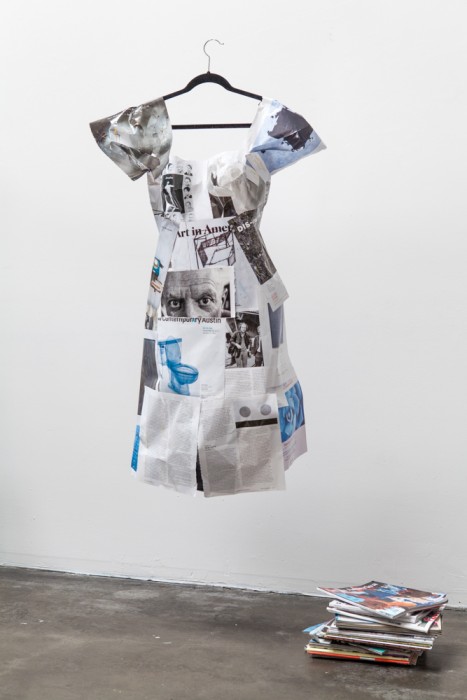 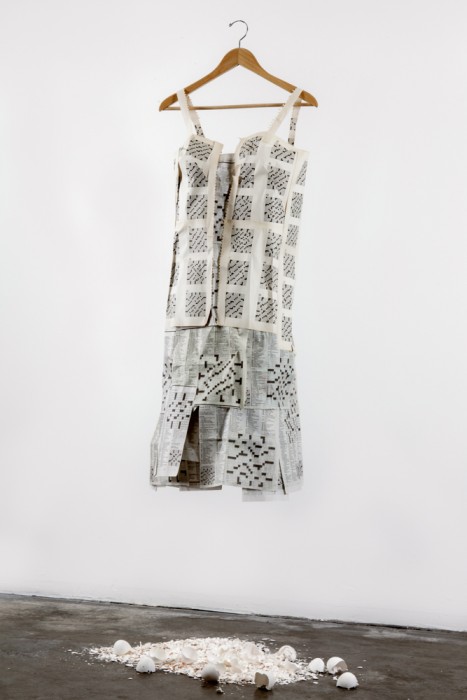 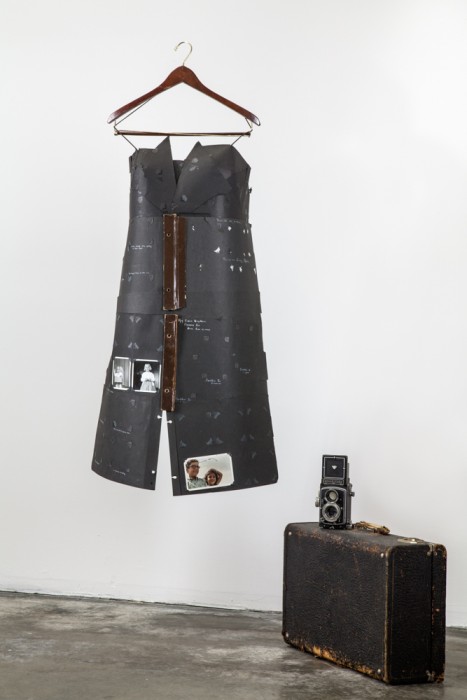 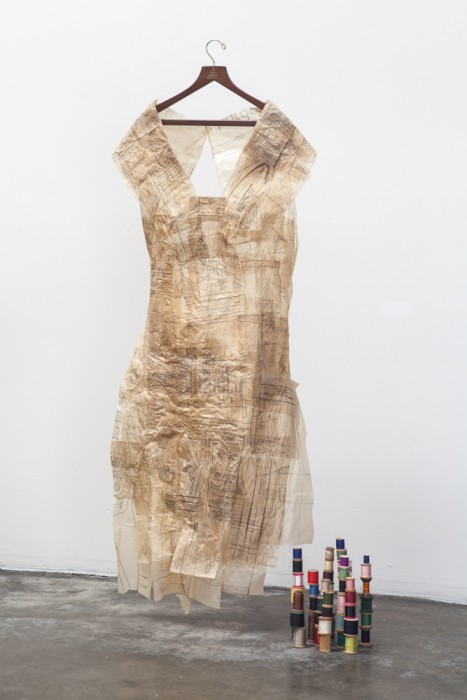 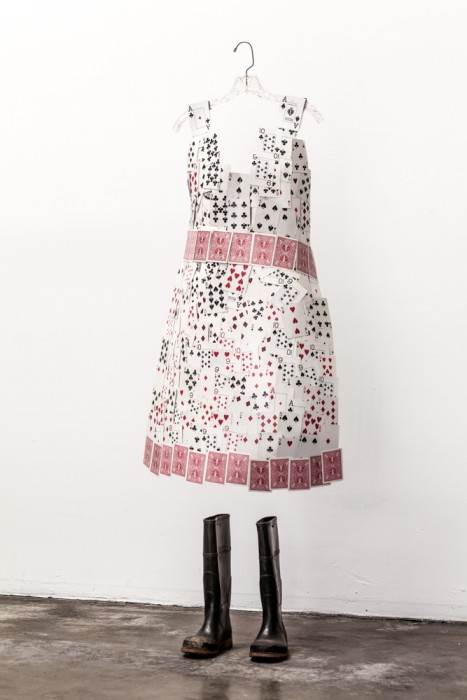 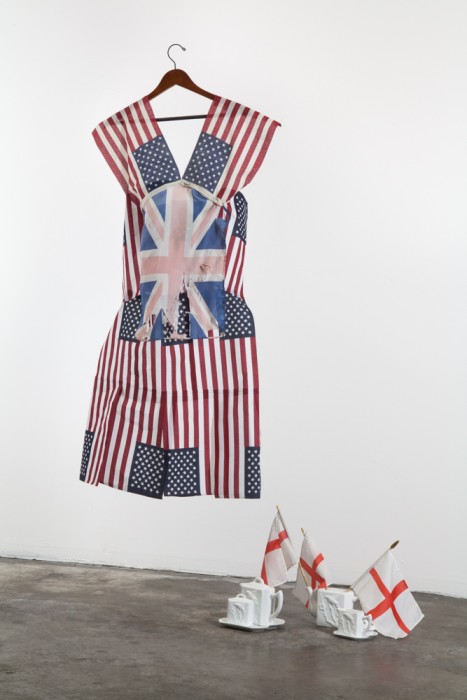 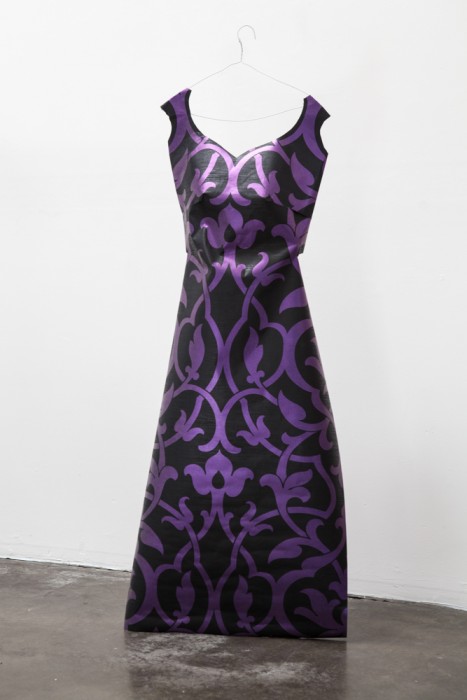 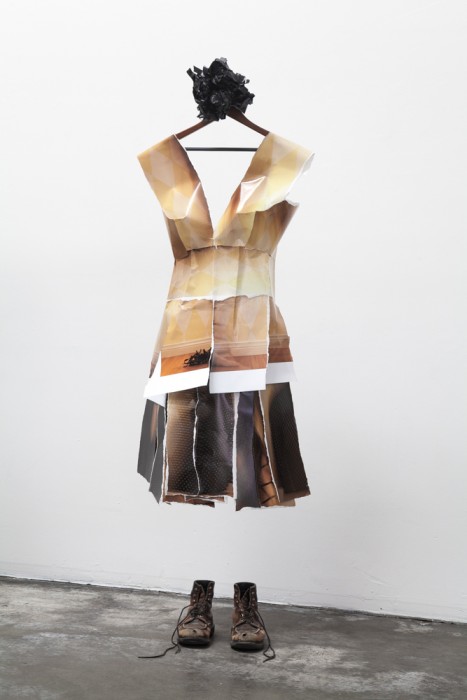 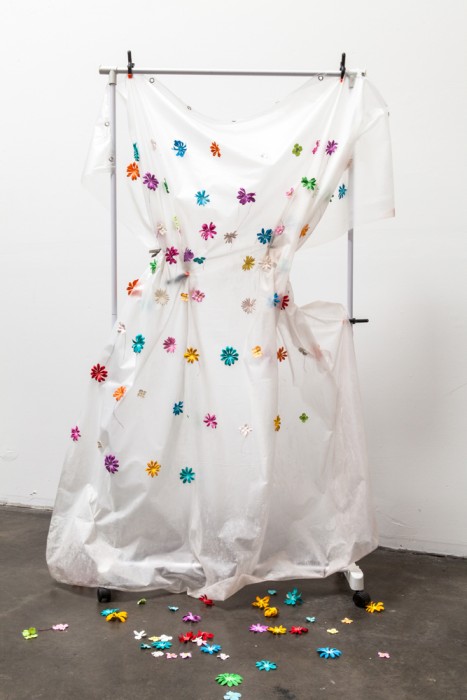 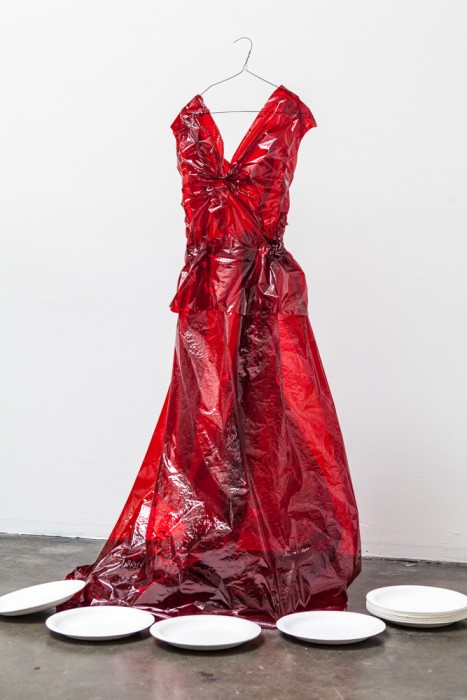 NEXT | Kay Lynn Deveney: All You Can Lose is Your Heart >
< Jacob A. Riis: Revealing New York’s Other Half | PREV