Richard Tuschman: Once Upon a Time in Kazimierz by Aline SmithsonMarch 1, 2016 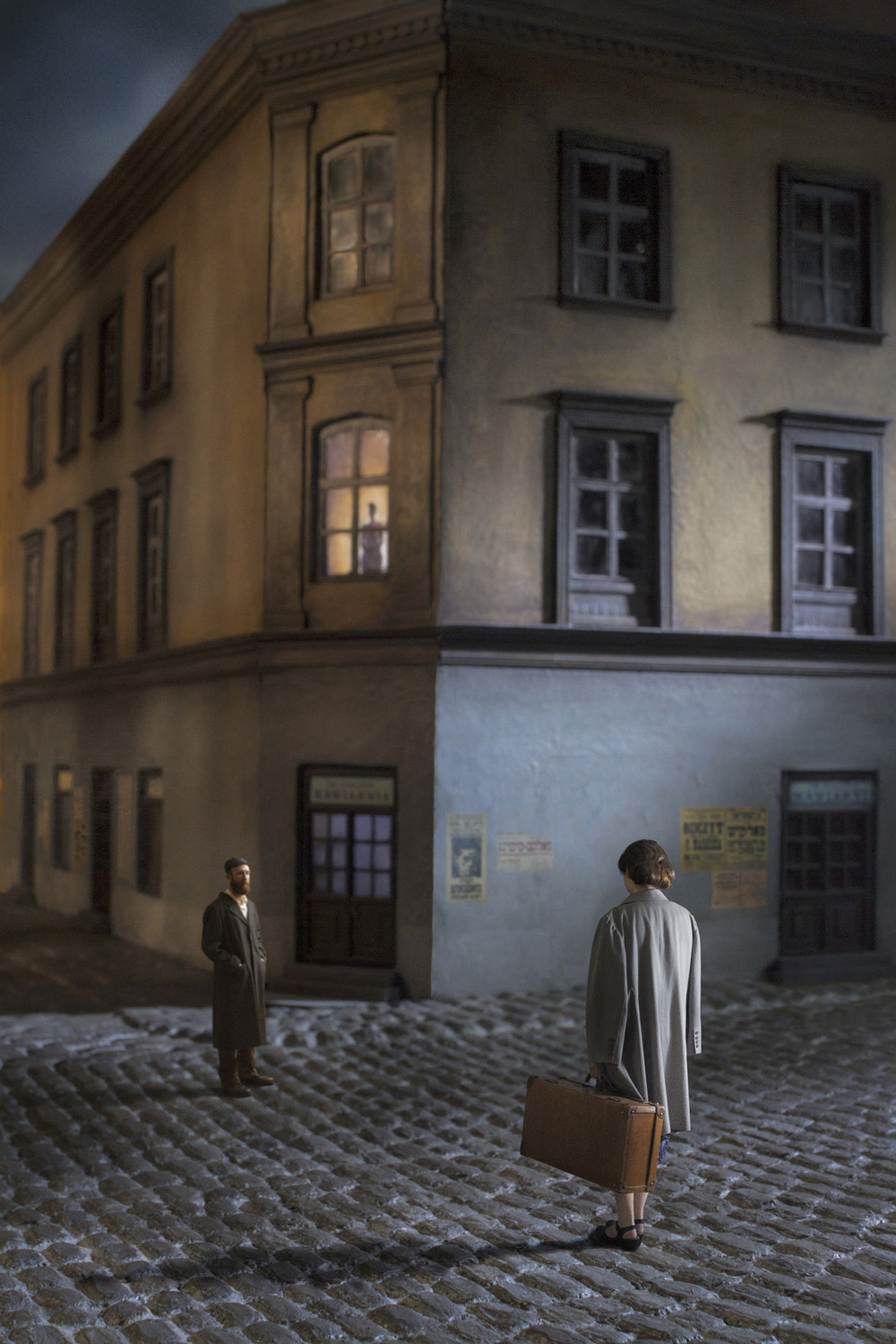 Opening tomorrow, Richard Tuschman’s Once Upon a Time in Kazimierz will grace the walls of the Klompching Gallery until April 9, 2016, with an opening reception on Thursday, March 3, from 6:00–9:00pm. Richard will present a talk about Once Upon a Time in Kazimierz, as part of the i3 Lecture Program at the School of Visual Arts, 136 West 21st Street, on March 29, 7:00–9:00pm.

Once Upon a Time in Kazimierz follows Richard’s stunning series, Hopper Meditations, and replicates his meticulous process of creating miniature hand-built dioramas. He then photographs the sets and captures staged photographs of life-size models which are later composited into the scenes. The result is simply magical with the viewer unsure of what is reality and what is fiction.

Richard Tuschman (b. 1956) began experimenting with digital imaging in the early 1990s, developing a style that synthesized his interests in photography, painting, and assemblage. Tuschman holds a BFA from the University of Michigan in Ann Arbor and has been exhibited widely, both in the US and internationally. Accolades and awards include Prix de la Photographie Paris (Gold Medal, People’s Choice), Critical Mass Top 50, International Kontinent Awards (1st Place, Fine Art Projects) and Center Project Launch Juror’s Award (chosen by Roger Watson, Fox Talbot Museum) among others. His photographs have been published on numerous online magazines/journals including Slate, LensCulture, LensScratch and Huffington Post. Tuschman lives and works in New York City. 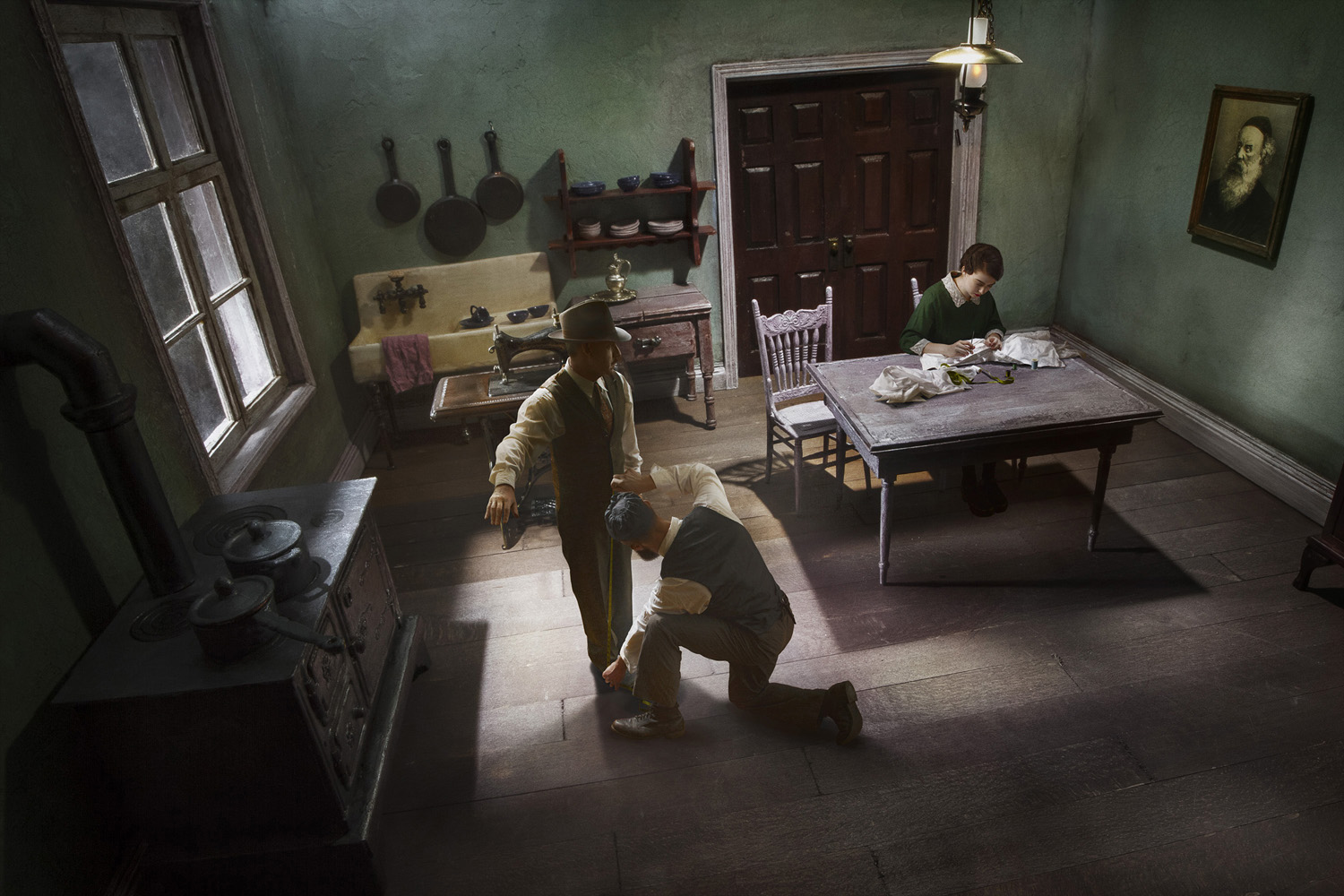 Once Upon a Time in Kazimierz is a visual novella, which portrays a fictional Jewish family in 1930s Poland. Set in the once vibrant neighborhood of Kazimierz in Krakow, the location is a metaphor for loss and decay. In 1935, the Jewish historian Meir Balaban, described the neighborhood’s declining Jewish population as being “only the poor and the ultra-conservative.” Indeed, the darkness evident in the photographs, is underpinned by an awareness that the fates of the characters, are likely doomed by history, with the impending holocaust. While death, the fraying of family bonds, and feelings of grief haunt many of the photographs, this gloom is punctuated by moments of love, longing and tenderness. 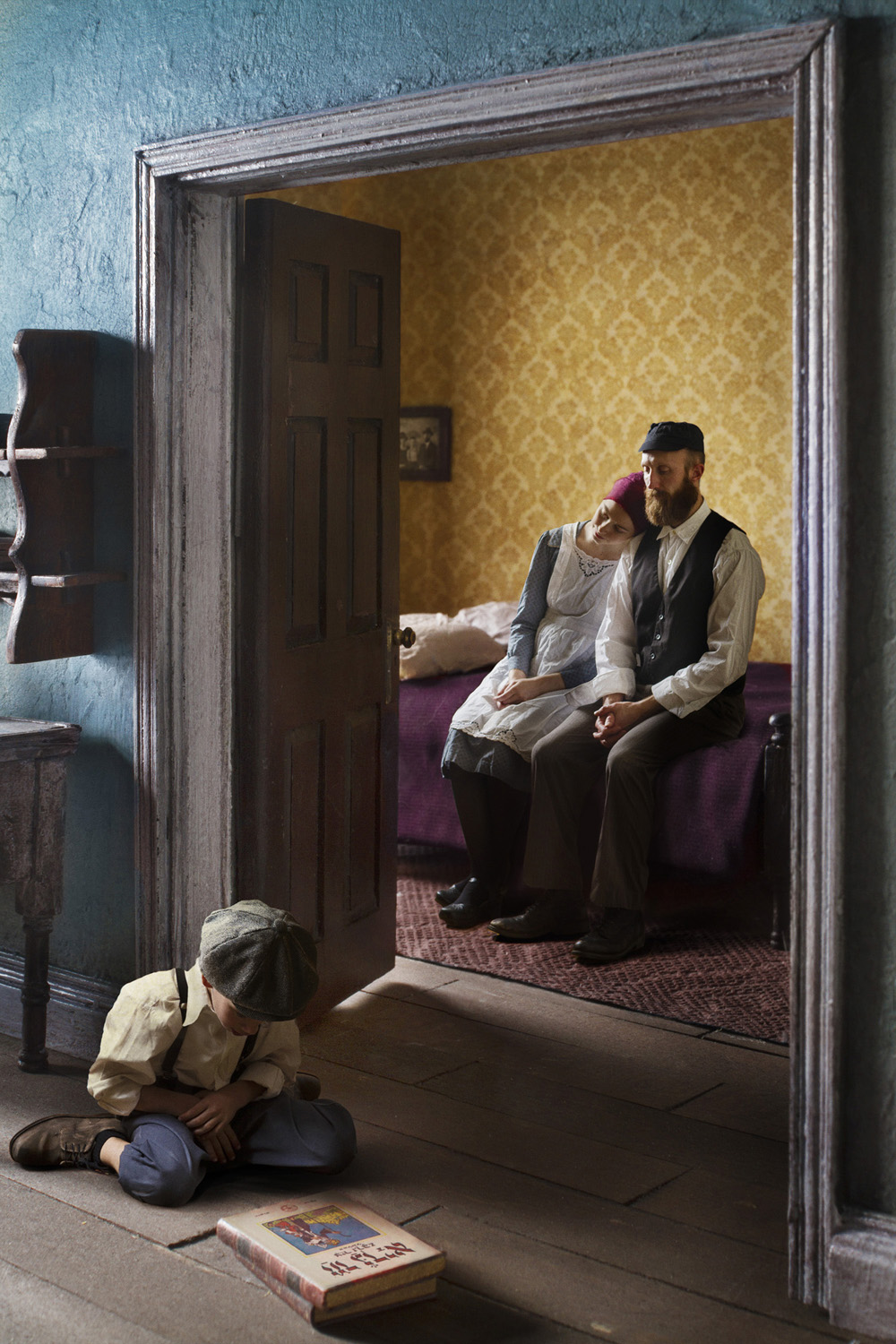 Once Upon A Time, 2015 © Richard Tuschman/courtesy Klompching Gallery, New York

While Tuschman continues to pay tribute to those artists who have inspired him—Balthus, Brandt, de Chirico, Vermeer—the series also demonstrates a significant development in Tuschman’s oeuvre. The artist’s Eastern European Jewish ancestors resided in the vicinity of Kazimierz until circa 1900, and this forms part of the basis for weaving together a fictional narrative with strands of cultural and family history. The resulting photographs are visually stunning constructions, richly imbued with nuances of Jewish customs and a sense of place. References to cinema and theatre resonate across the work. While the artworks are constructed in an exacting manner, they are also deliberately made to fall away from reality—enhancing their theatricality—and to project a level of the surreal and a dreamlike quality. Each image can also be seen to perform as a film still, with each part adding to a larger narrative arc. Once Upon a Time in Kazimierz, as a chronologically sequenced story, leaves just enough gaps and open-endedness, to enable the viewer to impose a tale of their own, highlighting in many respects, the fluidity of dreams and of memory. 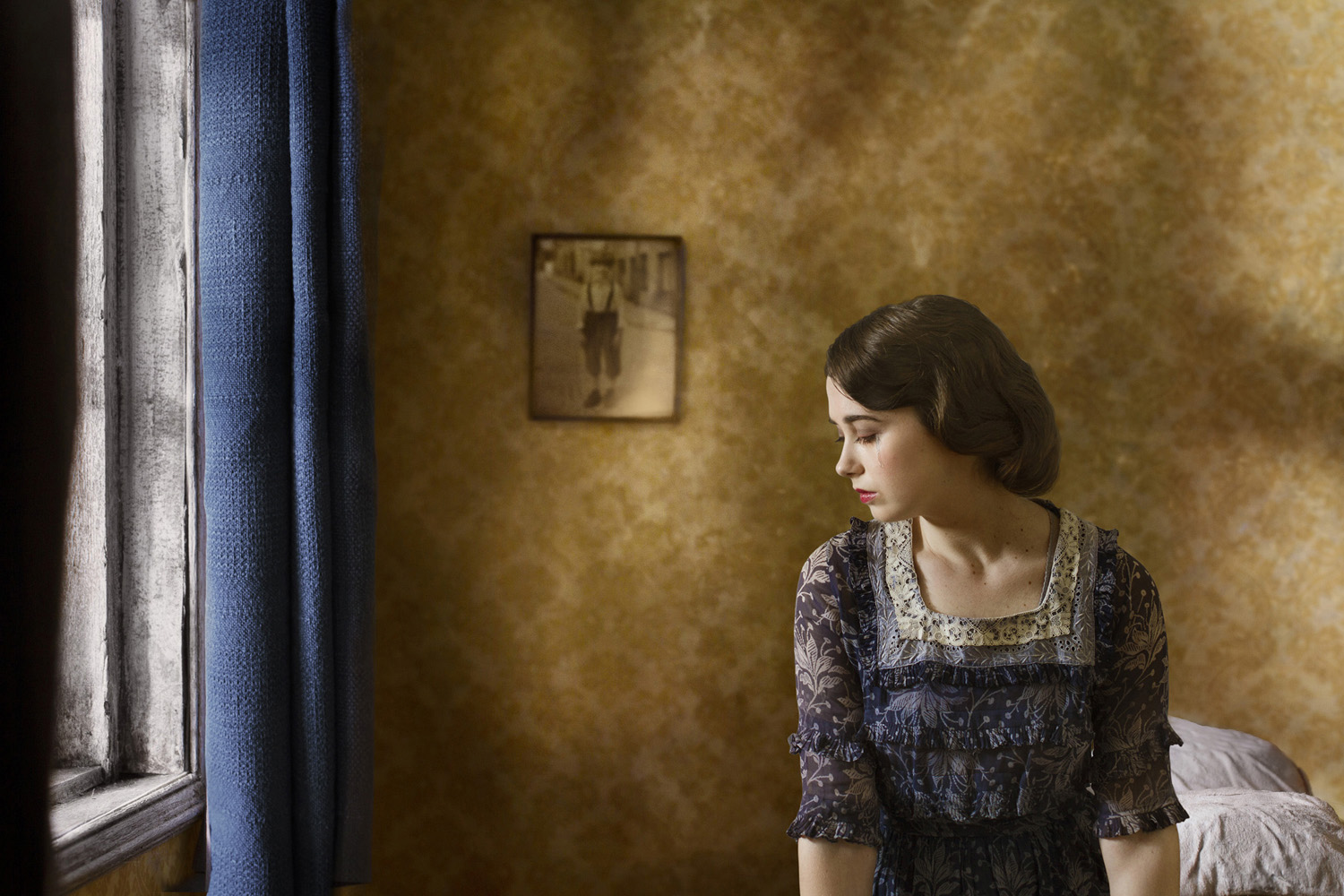 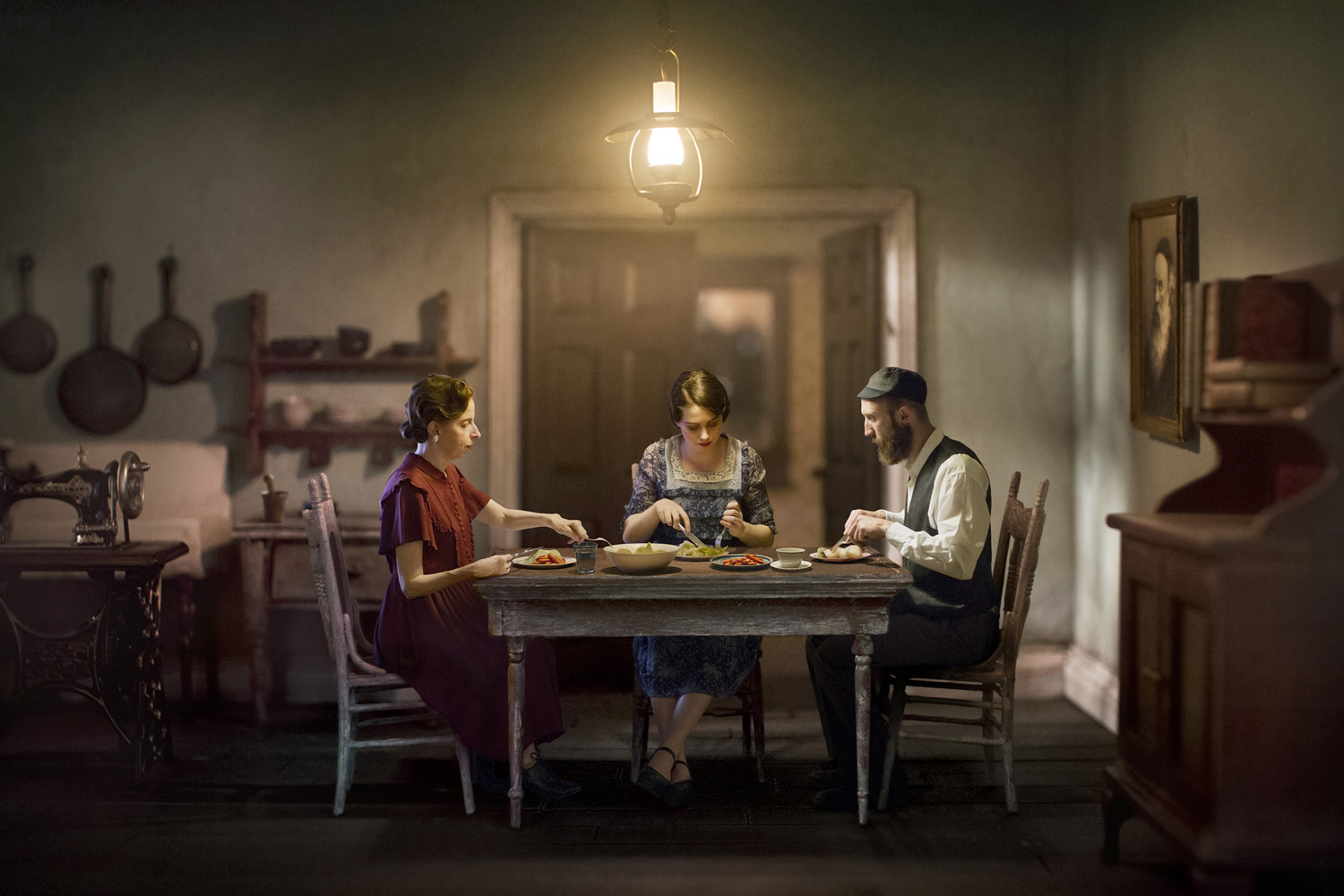 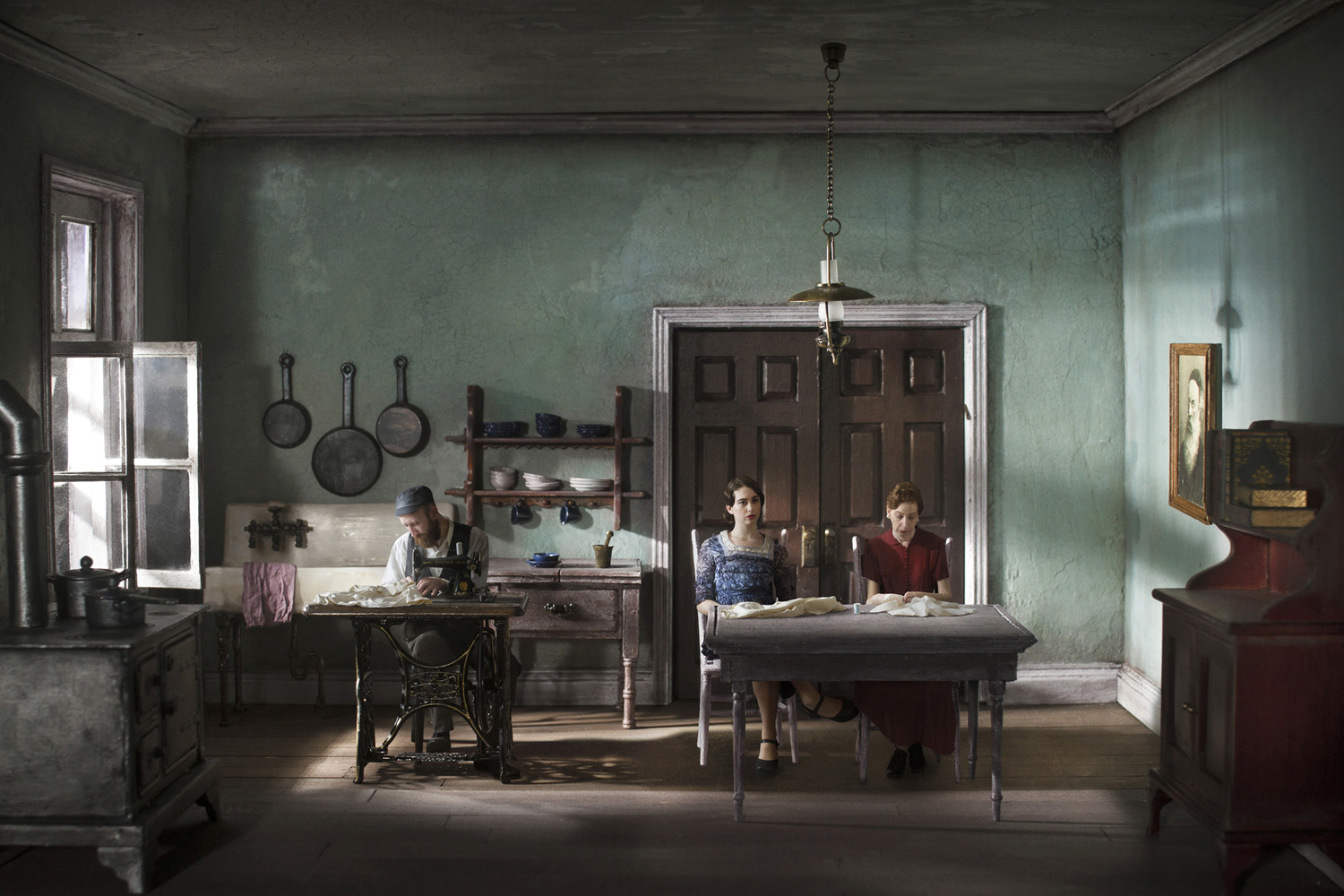