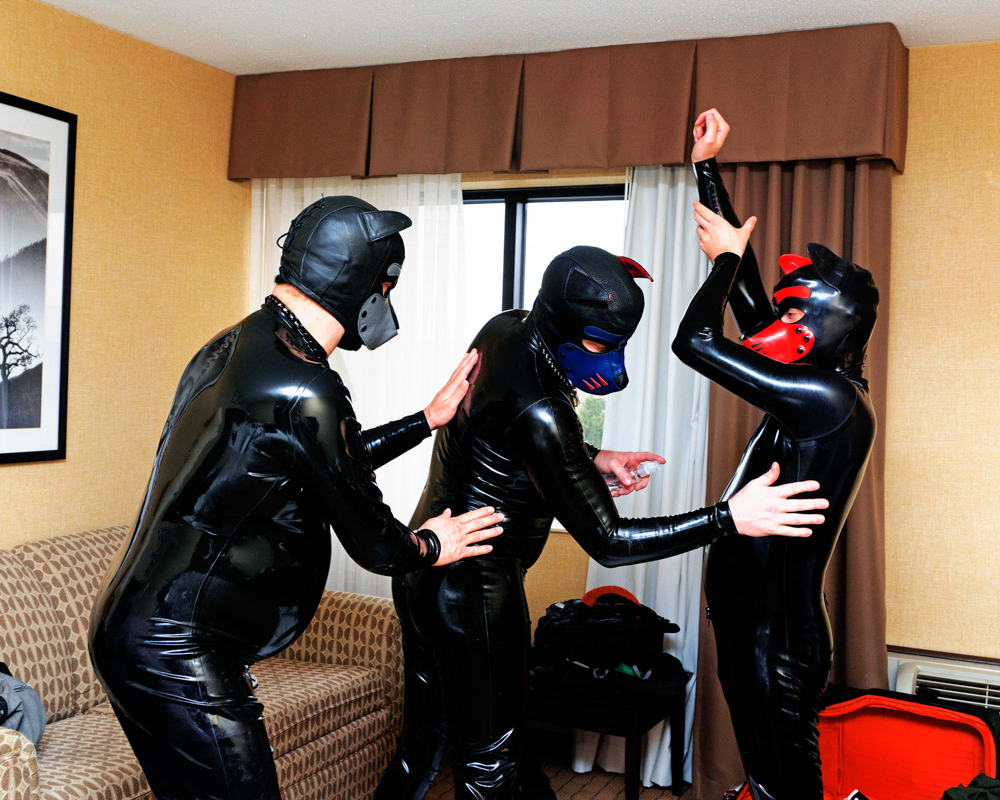 As is any great documentary work, first-hand participation is important to true representation, and this was exactly Zak Krevitt’s approach when he set out to photograph a subculture known to few. In the summer of 2015, Zak began attending New York City–Pups And Handlers for some Puppy Play and he ended up documenting a community. Here Zak gives us access to what Puppy Play is, which on the outside may appear fetishized but is described by Zak as, “a lifestyle, a headspace and identity, many participants dedicate a huge portion of their life to the Puppy community.” Puppy Play is all about exploring an animistic side and letting that act envelope the usual human mindset. I find this work to educate in ways that are both blunt and refreshing, showing the nuances of Puppy life, and at the same time seeking to break preconceived notions of what the community may be. Zak holds a column on Vice.com called Pupdates, and regularly shares his insights in attending conventions and Pup-centric spaces.

In Zak’s second solo exhibition, Alpha, Beta, Omega., he facilitates a unique viewing experience. The gallery will be filled with interlocking floor mats, like those found in Play gatherings, and a low hanging installation will call for participation on all fours.

Alpha, Beta, Omega. opens today, September 1st, at Ray Gallery in Brooklyn from 6:00-9:00 pm. The gallery is open by appointment till October 1st and inquiries can be made at info@raygalleryny.com.

Zak Krevitt is a photographer and journalist living in NYC. Krevitt graduated from the School Of Visual Arts in 2014 with a BFA and the Mapplethorpe Foundation Award. His work has long focused on queer communities, often taking an approach that is simultaneously personal and anthropological through portraiture and documentation. His work as a photojournalist for publications like VICE and OUT have taken him all across the US, often focusing on issues facing the queer community and its various subcultures. Previously, Zak has exhibited in the Haus Der Kunst in Munich, the Finnish Photography Museum in Helsinki, and Combustion Espontanea in Madrid. Alpha, Beta, Omega. is his second solo show with Ray Gallery in Dumbo, NY. 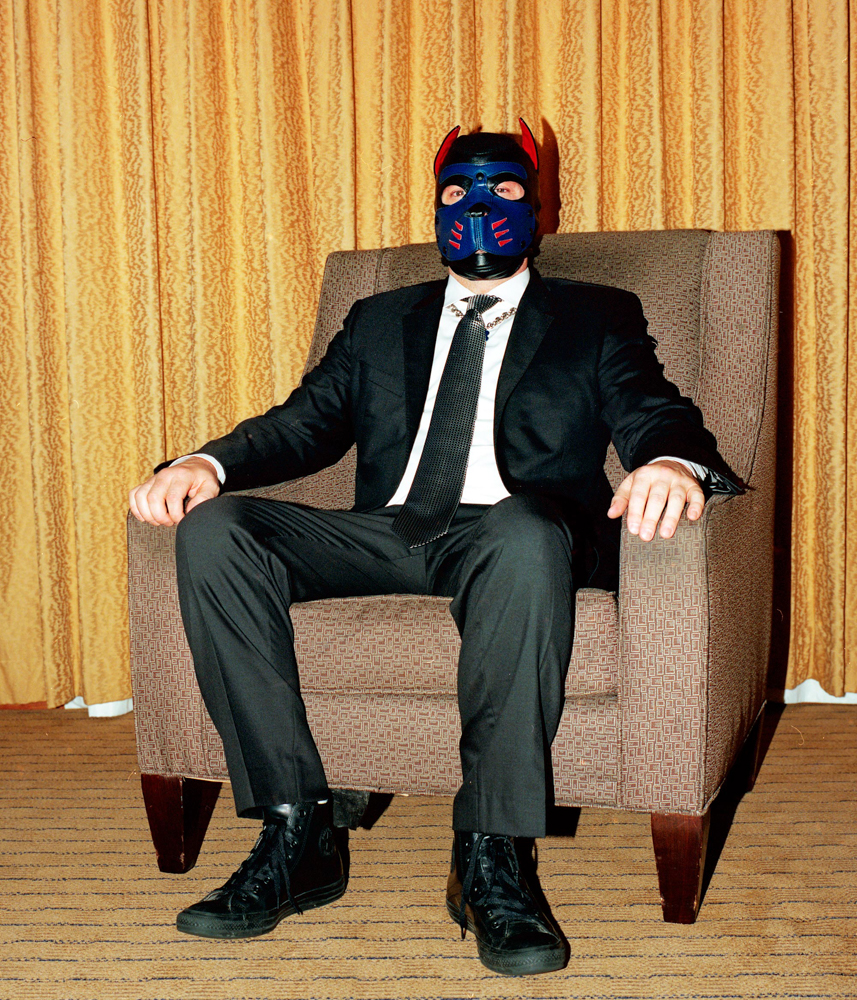 For some time now I have been focusing my lens on members of animal role-play communities, specifically, puppy play enthusiasts. Focusing on individuals who eschew their human form to adopt a more primal state of being. My involvement in this community is not one of tourism. Its a community I researched and became a member of after crawling my way out panic attack by reverting to a K9 headspace. Puppy Play participants are interested in entering a headspace free of the stressors of human life, its a therapeutic, zen like state of mind, where consciousness is transformed into a digestible series of primal desires. A contributing factor to Puppy Play’s rising popularity among young people, is a generation’s increasing integration with technology and anxiety. Puppy Play offers a rejection of technology and instead offers a very instinctual state of being, tapping into untouched parts of the brain, an escape from responsibility and a deep dive into bliss. In Alpha, Beta, Omega. this act of becoming something other than human is examined, as is the burgeoning community surrounding it. We are on the cusp of the cyborg age, and here individuals have taken it upon themselves to strip away their human flesh and replace it with the imaged fur of a canine. Through through portrait sittings and documentation of fetish community events, I explore the many facets of this distinct community. In and out of headspace, many Pups continue their allegiance to the community and one another in Packs, which are social groups structured after traditional wild dog packs, consisting of an Alpha, Betas, and an Omega. The design of the show is an homage to this structure, and an acknowledgement that while there is a clear hierarchy of dominance, all roles are of equal importance to the survival of the Pack. Clarified social roles within a group of people, offers a relief from the often nebulous and ill-assigned roles we encounter within society. Through my involvement in the Human Puppy community, I have grown to learn much more about myself, and about a community I never knew existed, but which I feel I’ve always known. 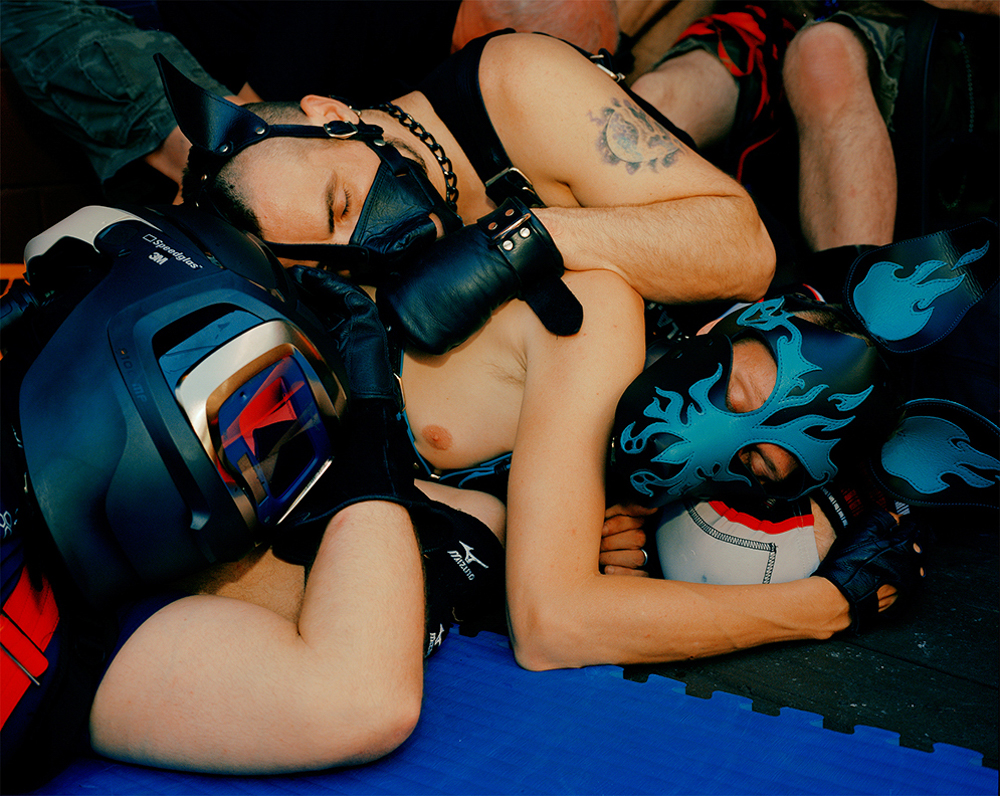 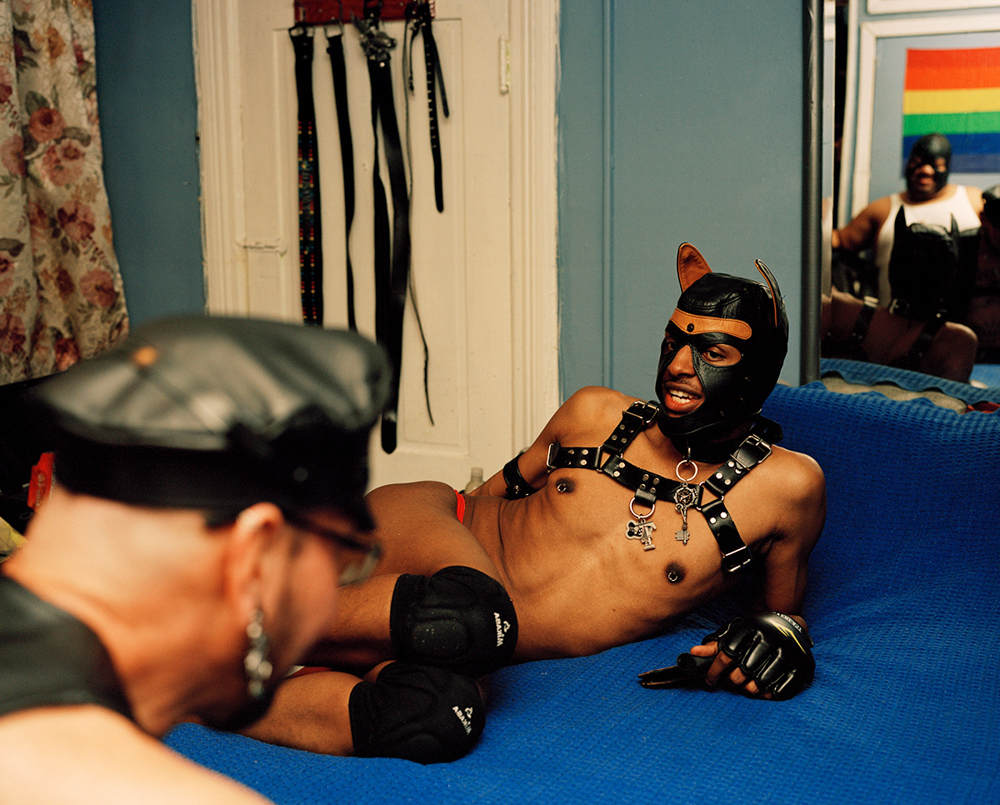 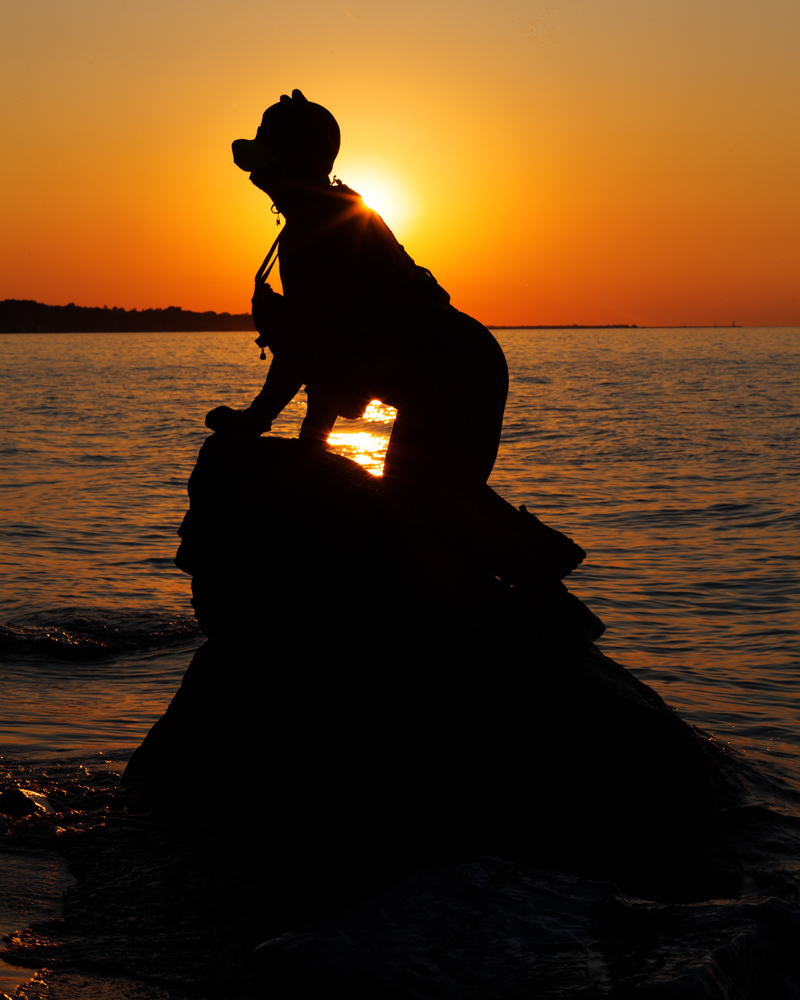 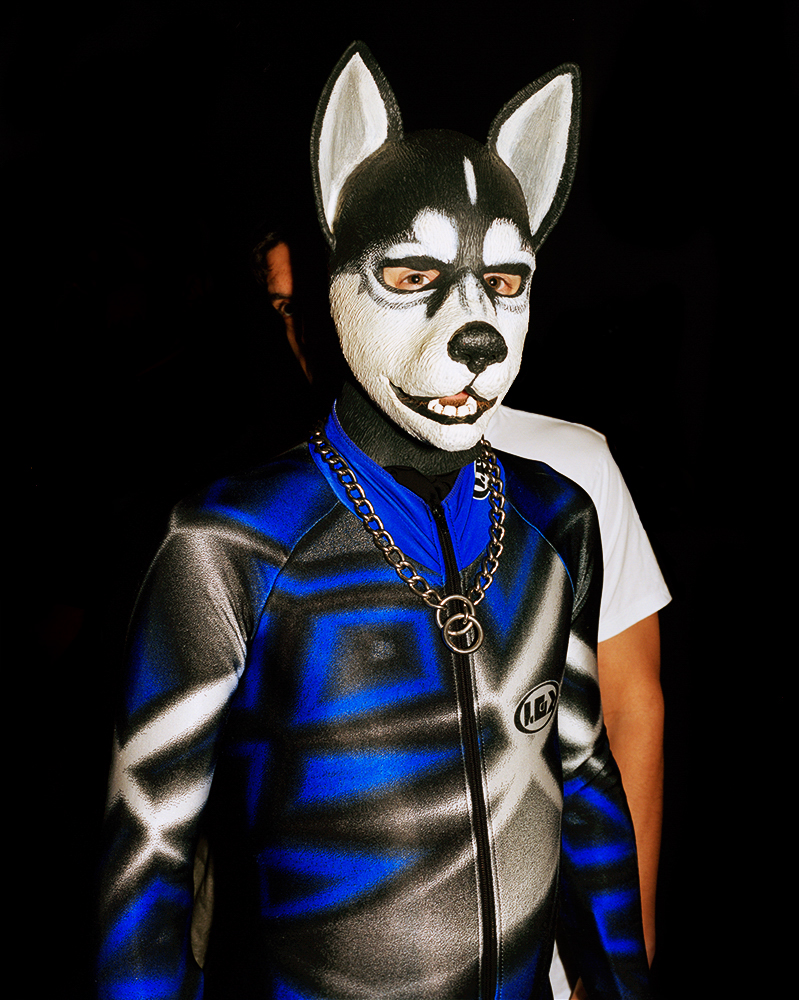 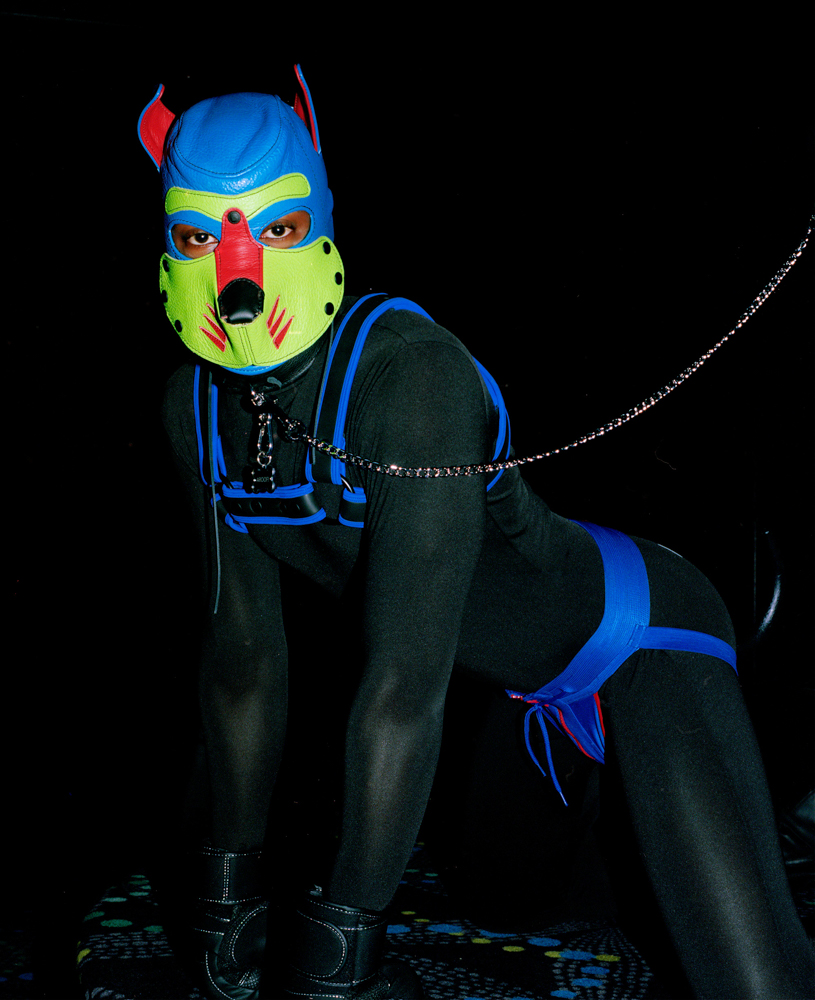 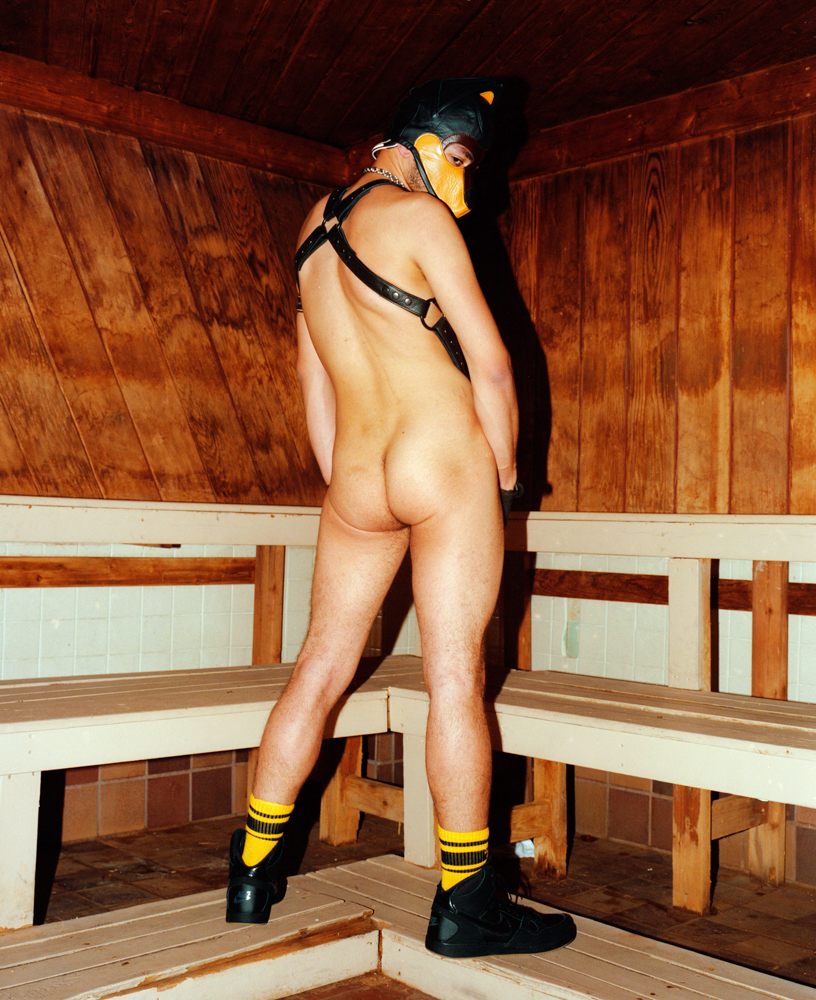 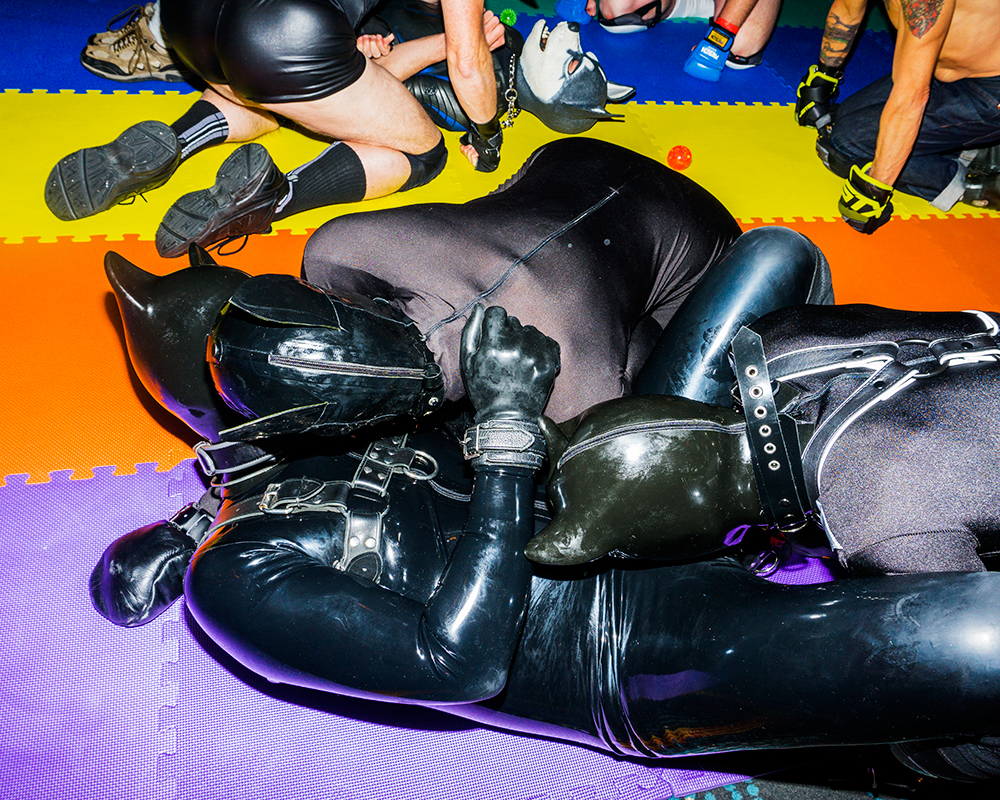 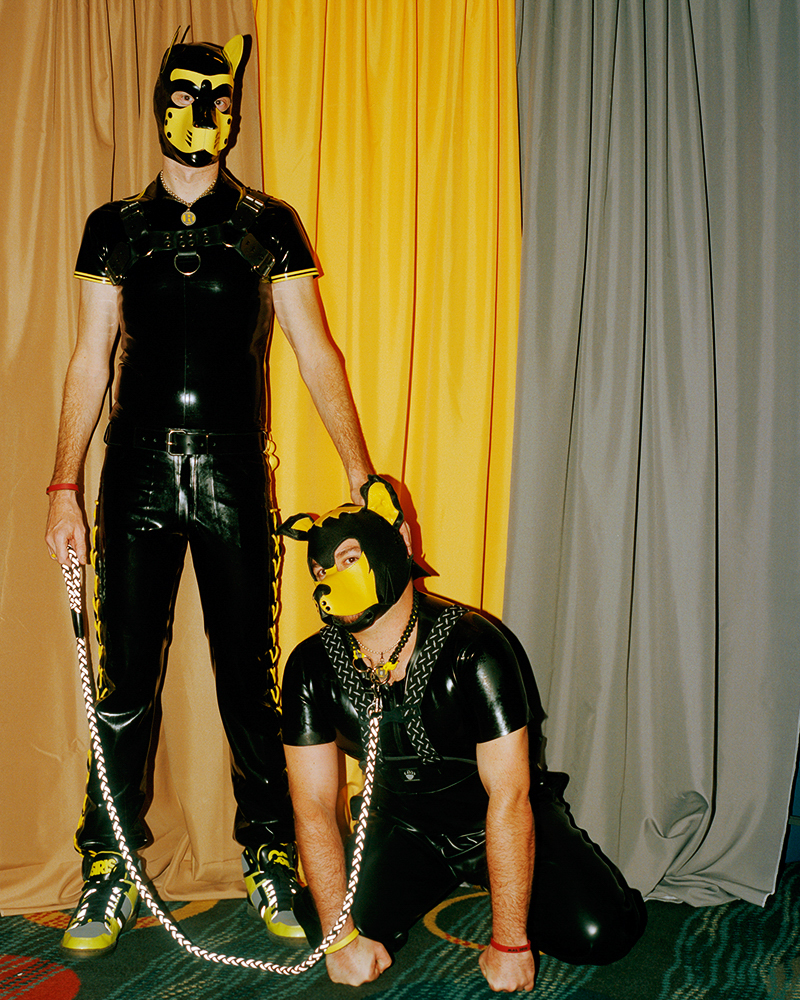 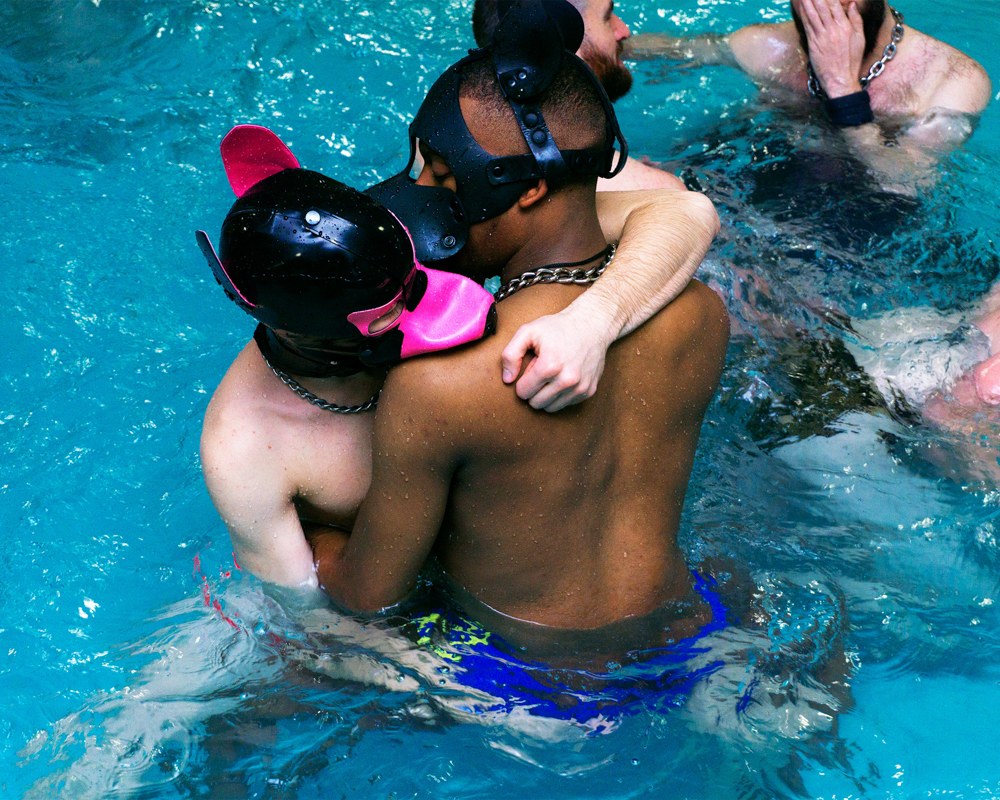 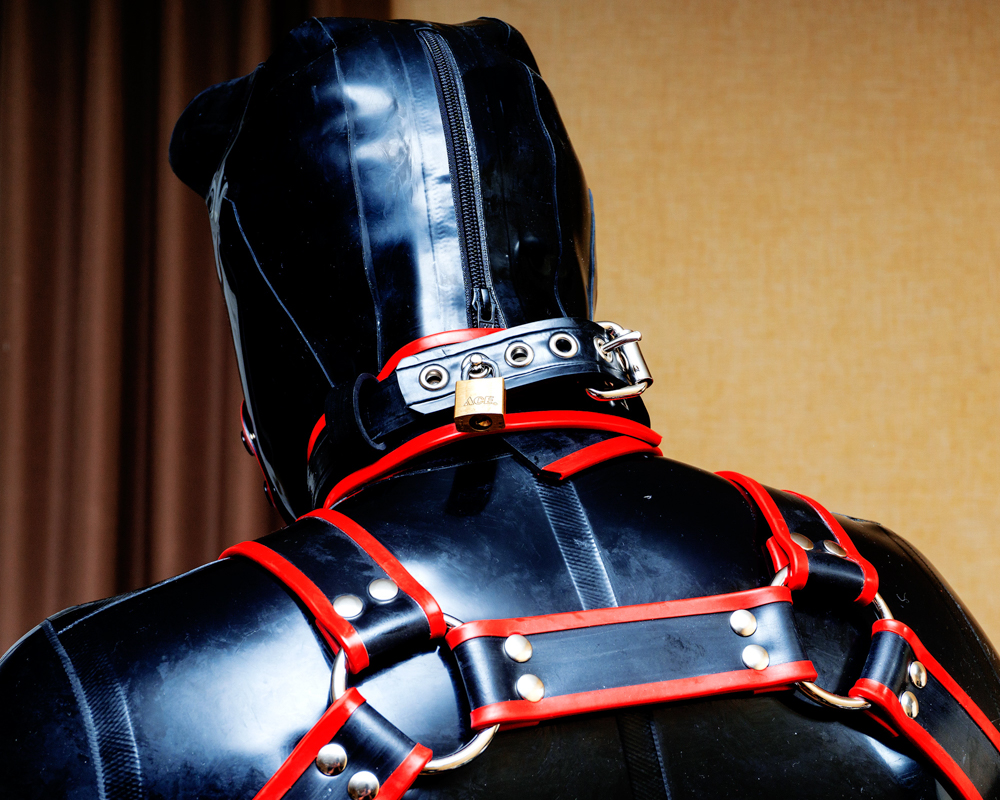 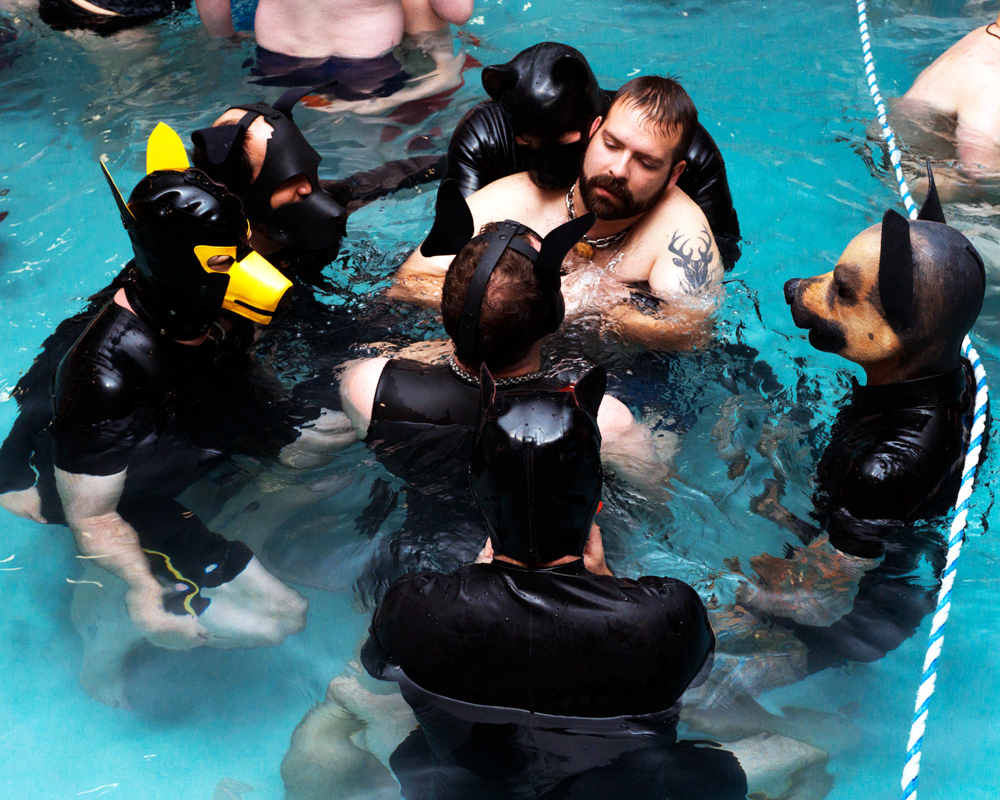 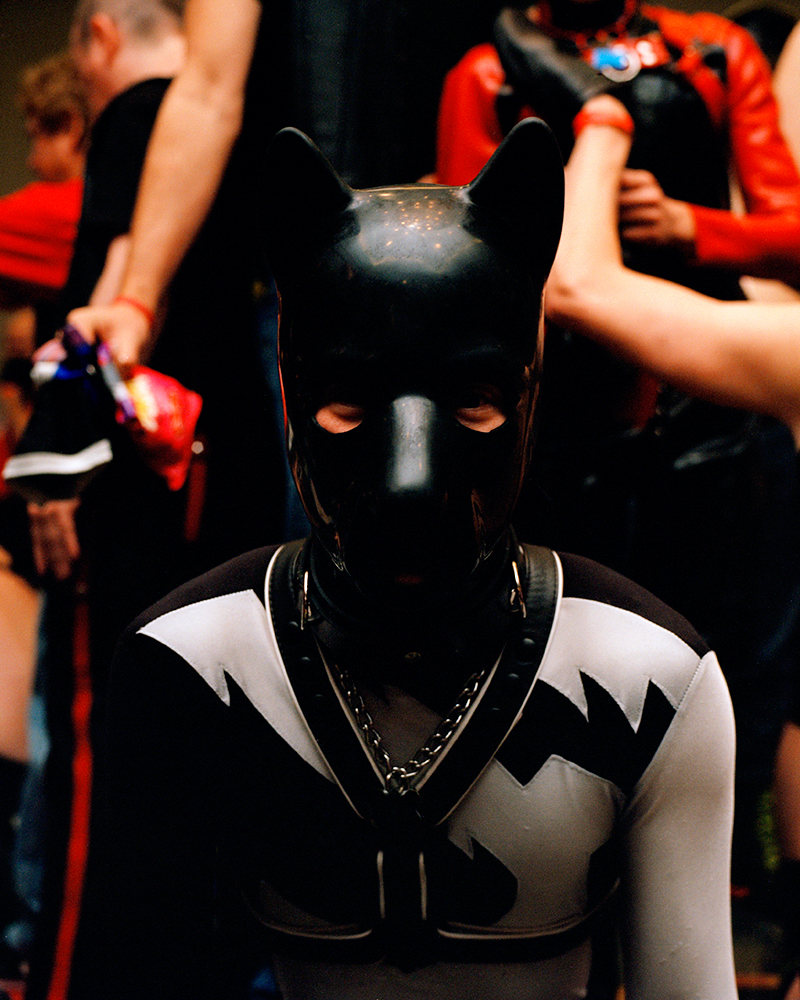