Edward Thompson: The Unseen: An Atlas of Infrared Plates by Linda AlterwitzFebruary 27, 2017 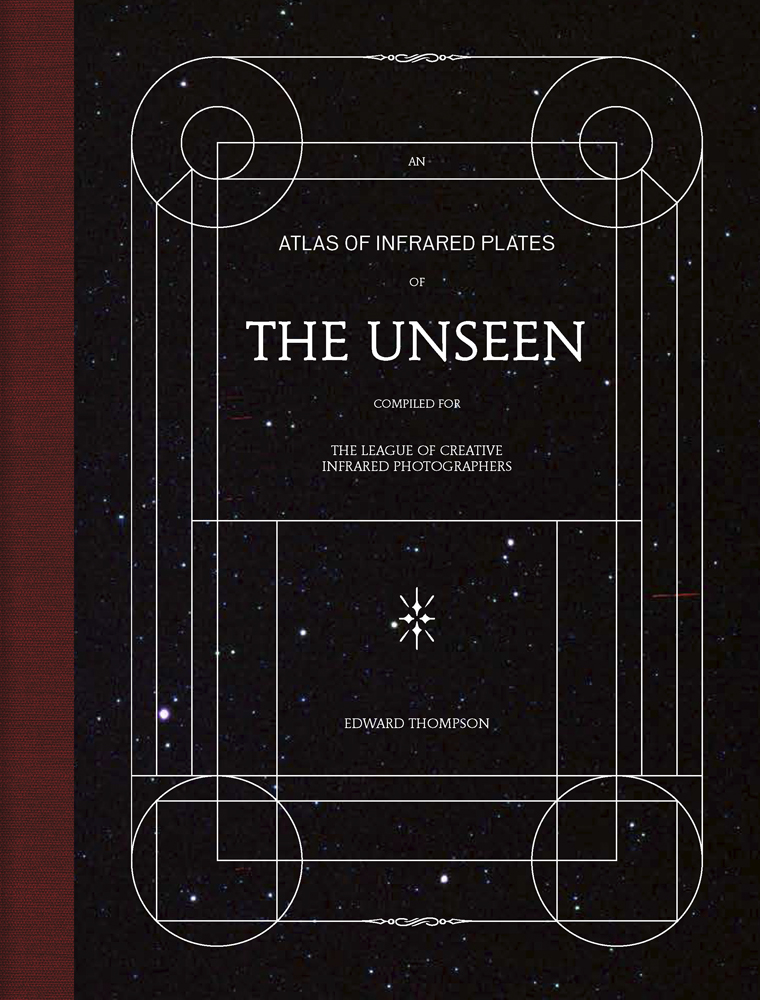 ‘The Unseen – An Atlas of Infrared Plates’ by Edward Thompson, published by Schilt Publishing.

British documentary photographer Edward Thompson embarked upon a 6-year project to explore color infrared film. From 2010-2016 Thompson pushed infrared technology to a full expanse, exploring what the film could do, and what it couldn’t.

After coming to the conclusion that he couldn’t capture ghosts using infrared technology, he set out to test the limits of the film by revealing the invisible or shedding light on subject matter that goes unnoticed.

Thompson’s book, THE UNSEEN- An Atlas of Infrared Plates, (published by Schilt Publishing—available for €50 in stores and online) includes 12 chapters that represent a compilation of separate investigations using infrared film. One chapter, entitled The Red Forest, reveals an eerie sense of beauty within the radioactive forest near Chernobyl. Another chapter, entitled The Vein, portrays a series of nude frontal portraits that objectify the human body as a medical specimen and anomaly. Although each chapter is unique regarding subject matter, the photographic process unifies all twelve series.

In the making of these photographs, Thompson used some of the last available 52 rolls of Kodak Aerochrome Infrared film in existence. The time sensitive nature of the remaining rolls of film and its lack of future availability presents a literal finality to Thompson’s long-term project, which adds a sense of urgency and excitement to the unity of the collective works.

Through his writings, Thompson approaches the medium of color infrared film with an objective mind. Yet, these uncanny photographs, with color shifts and unexpected visual phenomena, transcend the left brained world, offering the viewer an opportunity to contemplate a broader concept that questions the boundaries of human perception. 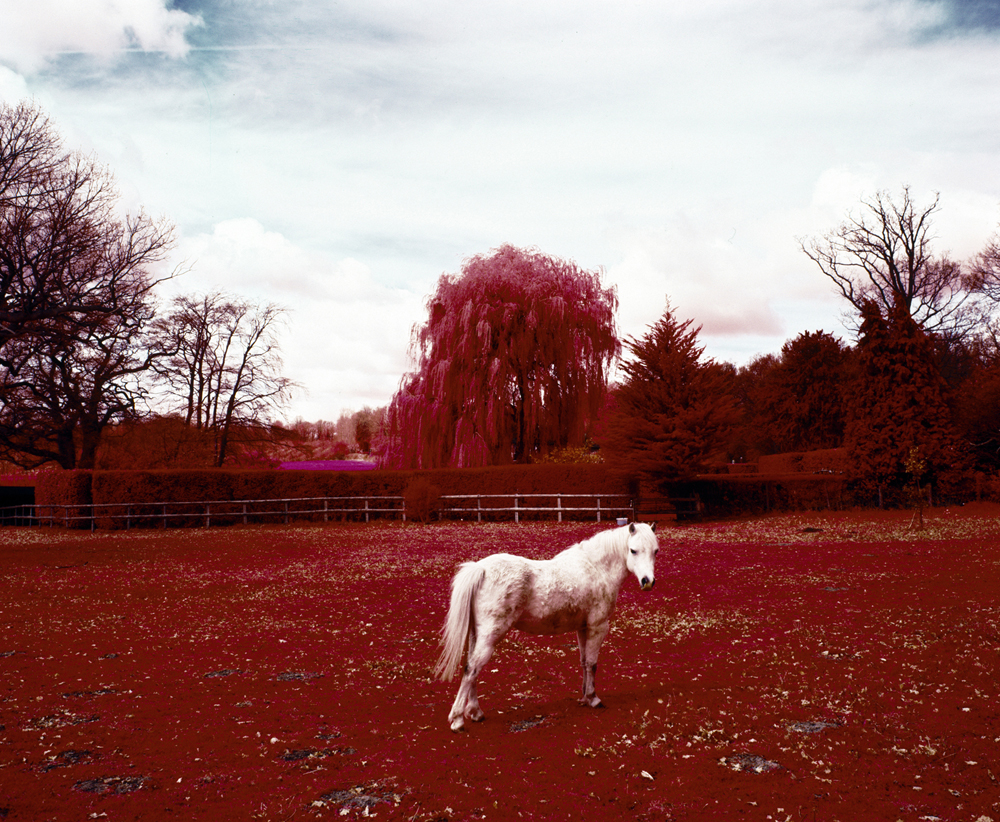 Edward Thompson is a British photographer, artist and lecturer. His own photographic work has focused on various subjects over the years from covering environmental issues, socio-political movements, subcultures and the consequences of war.

He developed a distinctive style from an early apprenticeship with the Russian photographer Sergey Chilikov, whom he met at the Arles Photography Festival in 2002. That summer he stayed with Sergey in Paris and learnt the value of shooting everyday life, Sergeys friend, Gueorgui Pinkhassov, told him how the everyday can allow you to touch at something great.

His work has been exhibited at Christies, Somerset House and Four Corners Gallery (London) and shown as part of photography festivals in Arles (France), Tampere (Finland), Zingst (Germany) & London (U.K)

He has published The Unseen: An Atlas of Infrared Plates and founded The School of Punktum for skint and talented photographers. 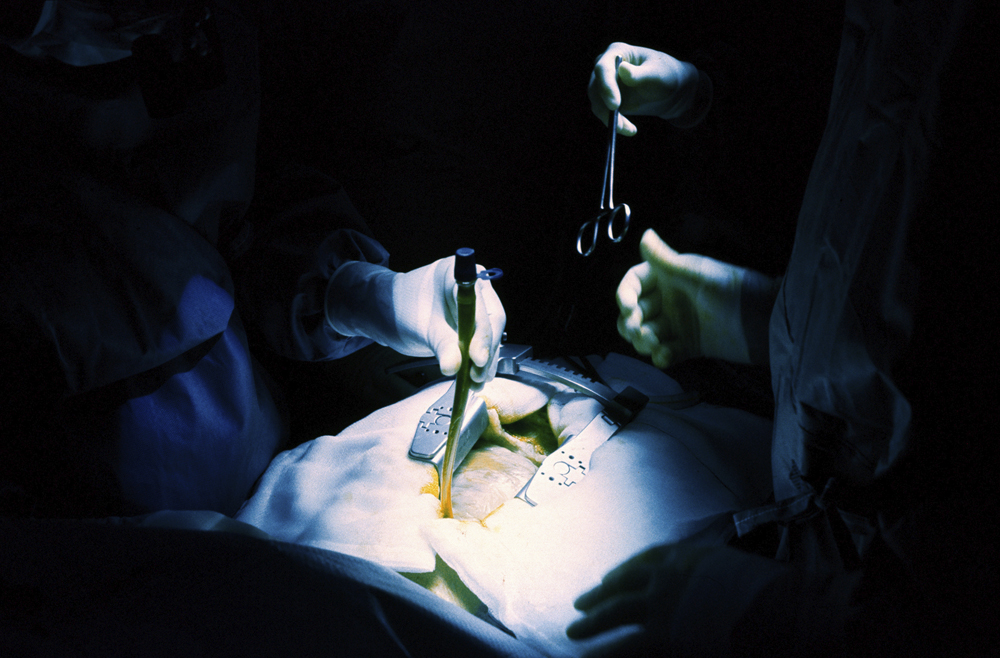 Inspired by the scientific uses of infrared film throughout history, The Unseen – An Atlas of Infrared Plates pushes the purposes and properties of the rarest photographic film on the planet to its scientific and conceptual limit. British documentary photographer, Edward Thompson, set out to explore the boundaries of perception, whether they were things outside our visual spectrum or events that went unnoticed or unreported. From researching the original Kodak advertisements, expert interviews and scientific journals, Thompson has gathered an extensive archive and used some of the last 52 dead-stock rolls of Kodak Aerochrome Infrared film in existence to reveal the unseen.

The project comprises twelve chapters: In The Red Forest (2012), infrared film is used to document the condition of the most radioactive forest in the world and in turn re-imagines the Ukraine in deep Soviet burgundy, something that has become eerily prophetic since 2012. In The Vein (2014), forgotten medical photography techniques are used to reveal the superficial veins beneath the skin. In After the Flood, after the Red River Valley (2012), one of the original purposes of the film, the documentation of crops post-flood via aerial photography, is ignored in favor of making portraits of families who have been affected on the ground. In The City (2014), infrared film is used to document one of the world’s most polluted cities, London. In The War (2015), the film is used to photograph military paintings, simultaneously manipulating the film’s historical military application of uncovering camouflage and also revealing hidden charcoal under-drawing. In The Village (2012), the film was used to attempt to document supernatural beings in the most haunted village in the U.K. There are no ghosts to be found. The photographs instead depict a ‘sci-fi disruption of the green and pleasant lands of the garden of England’ akin to H.G. Wells’ War of the Worlds. Bees and beekeepers are documented in The Apiary (2015), Gross specimen and open-heart surgery photography in The Gross Specimen (2015). Astrophotography in The Beginning and the End (2015). Surreal photographs in deep and vibrant shades of blue depict rapidly melting glacial ice caves in Hellir (2016).

Thompson has created a swan song to the medium of color infrared film photography, of which this book has also become an artifact, a part of its history. 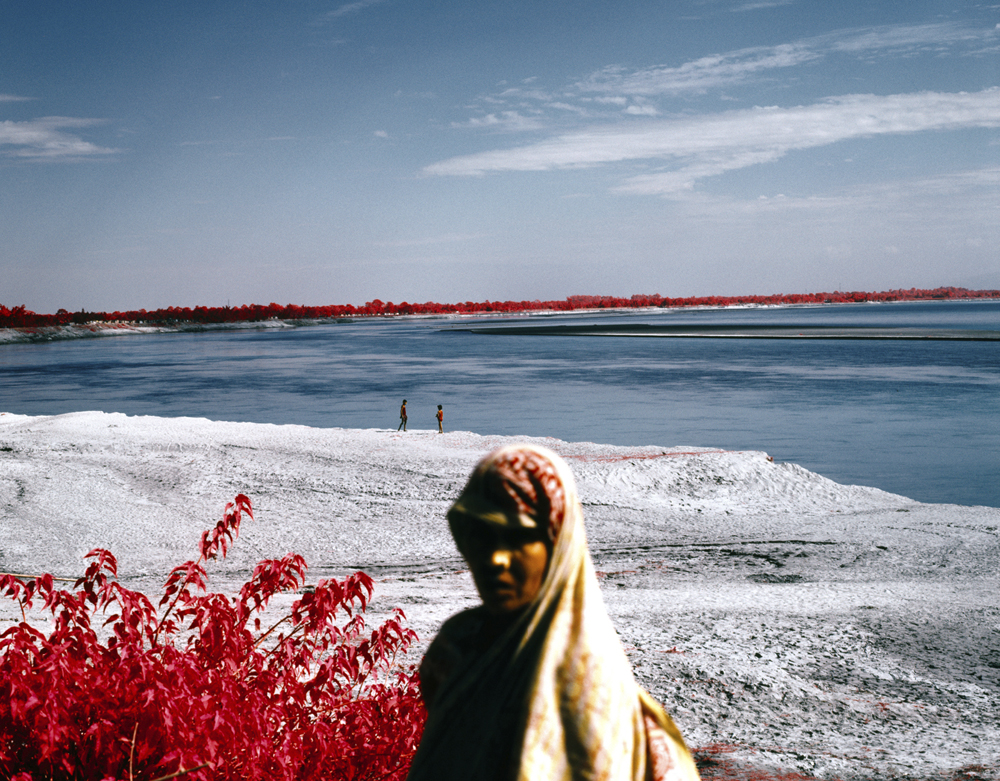 ©Edward Thompson, Alluvium deposits on a river floodplain where the camp stood from After the Flood, After the Red River Valley. (2012). India. 120mm CIR Photograph. 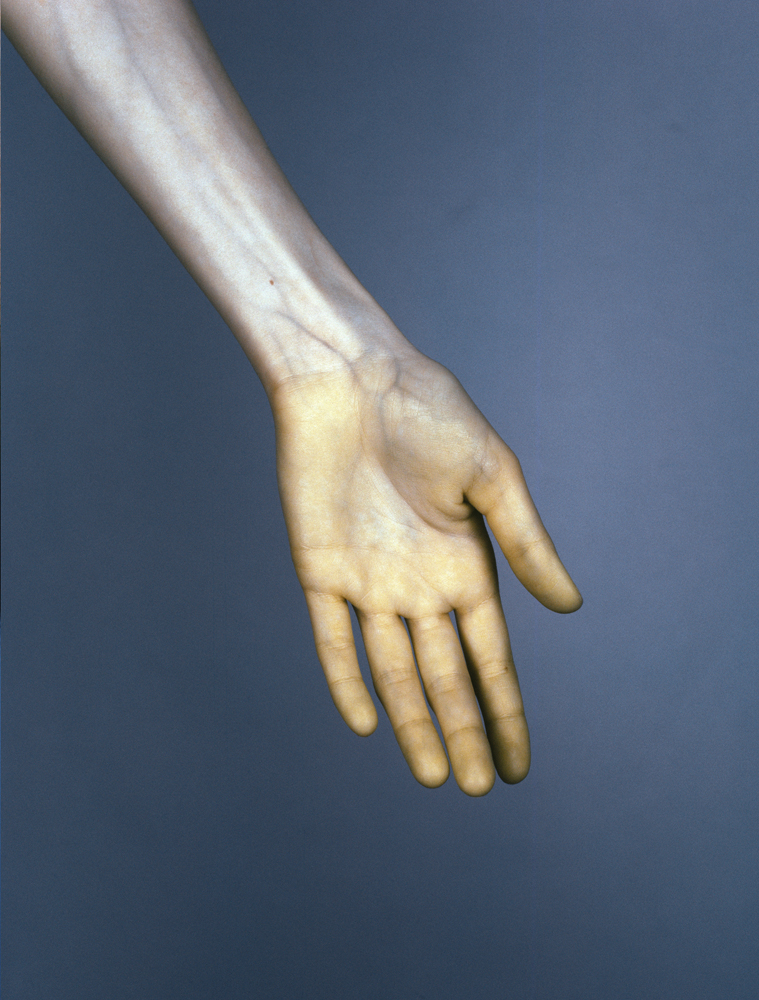 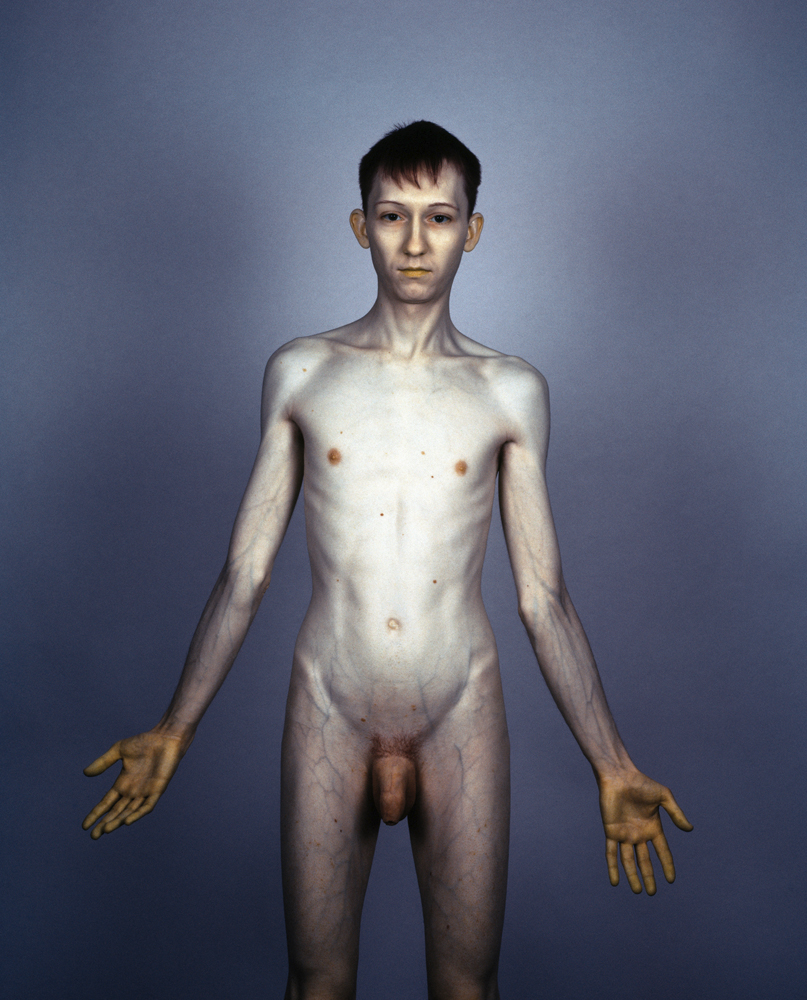 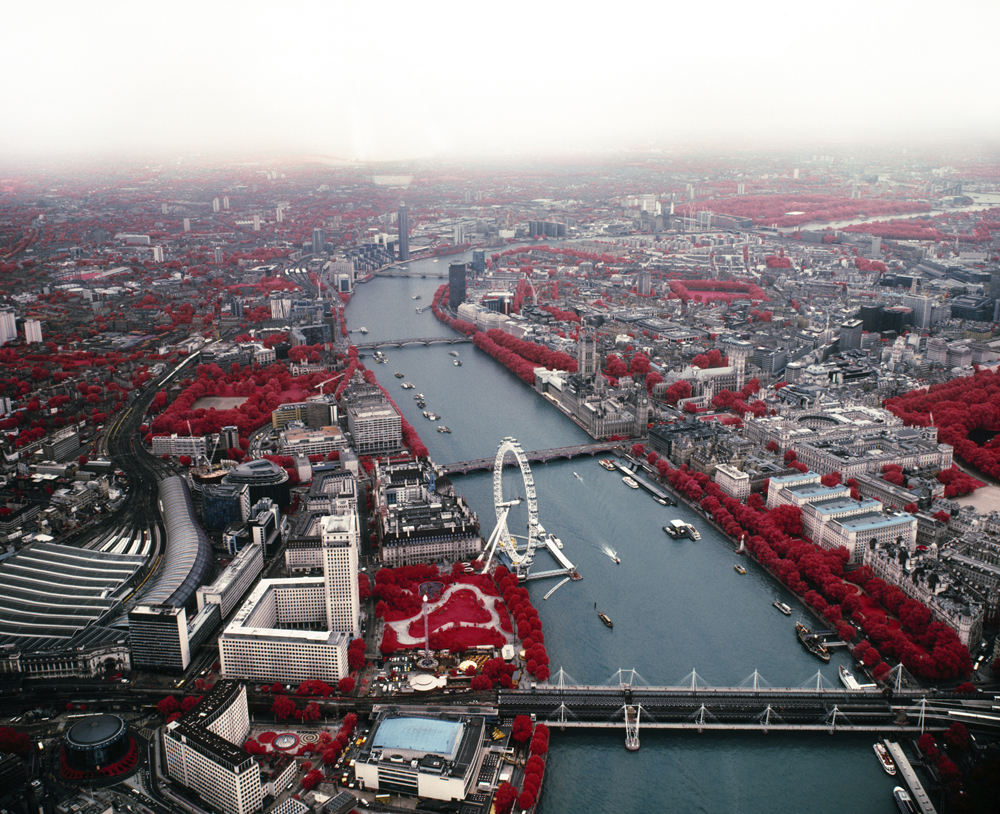 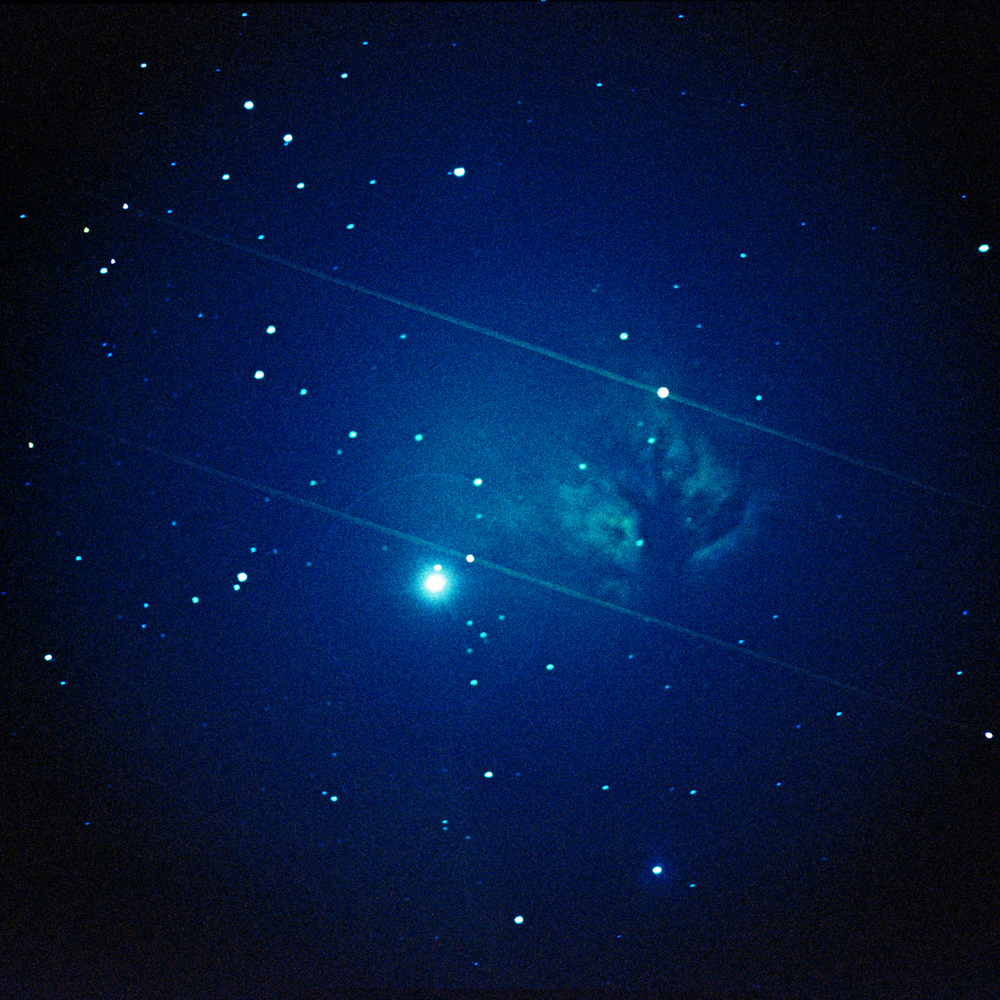 ©Edward Thompson, Astrophotograph of the Flame Nebula from The Beginning and the End. (2016). 35mm CIR Photograph. 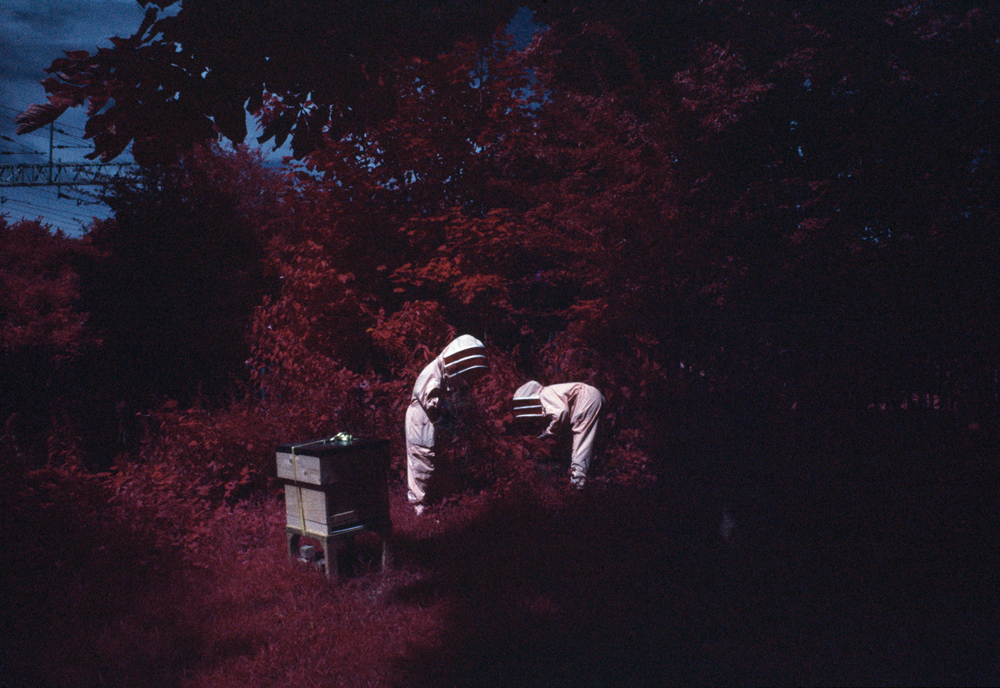 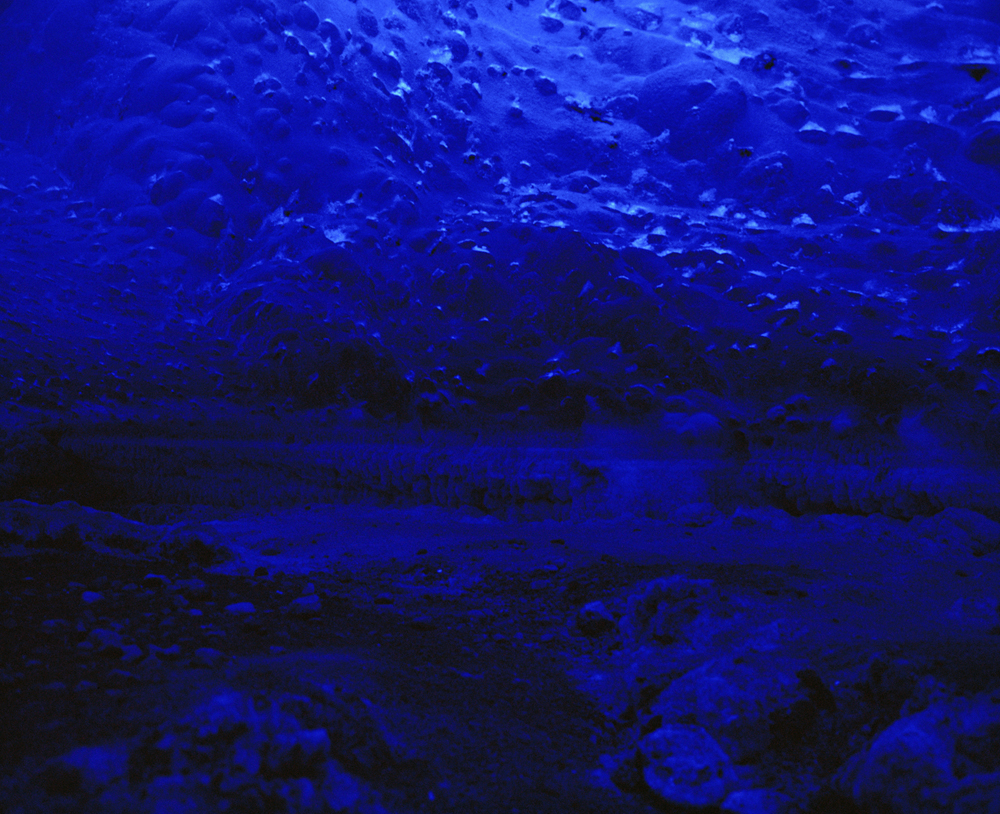 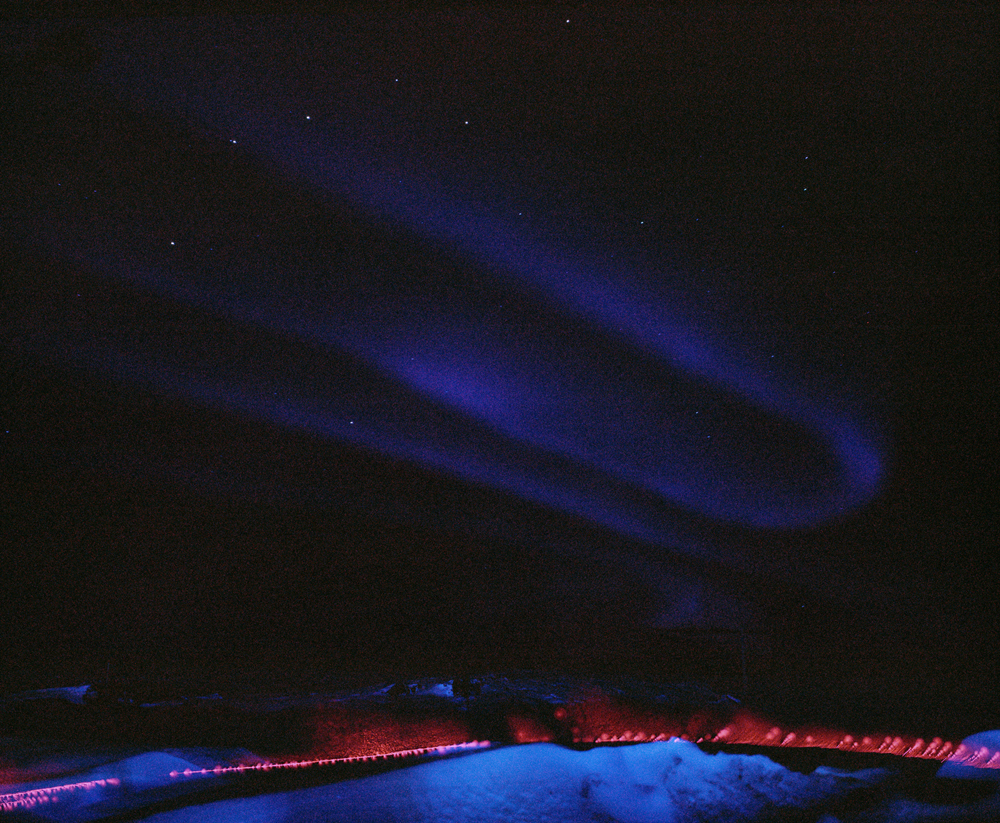 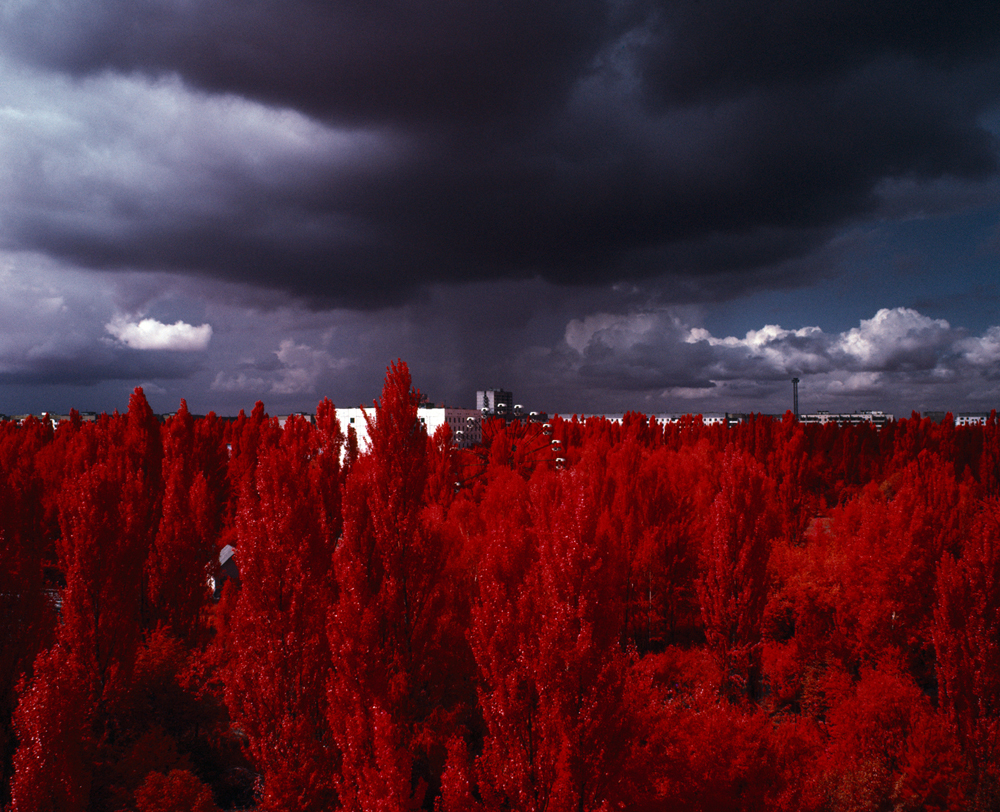