Susannah Ray: Down For the Day by Aline SmithsonDecember 17, 2018 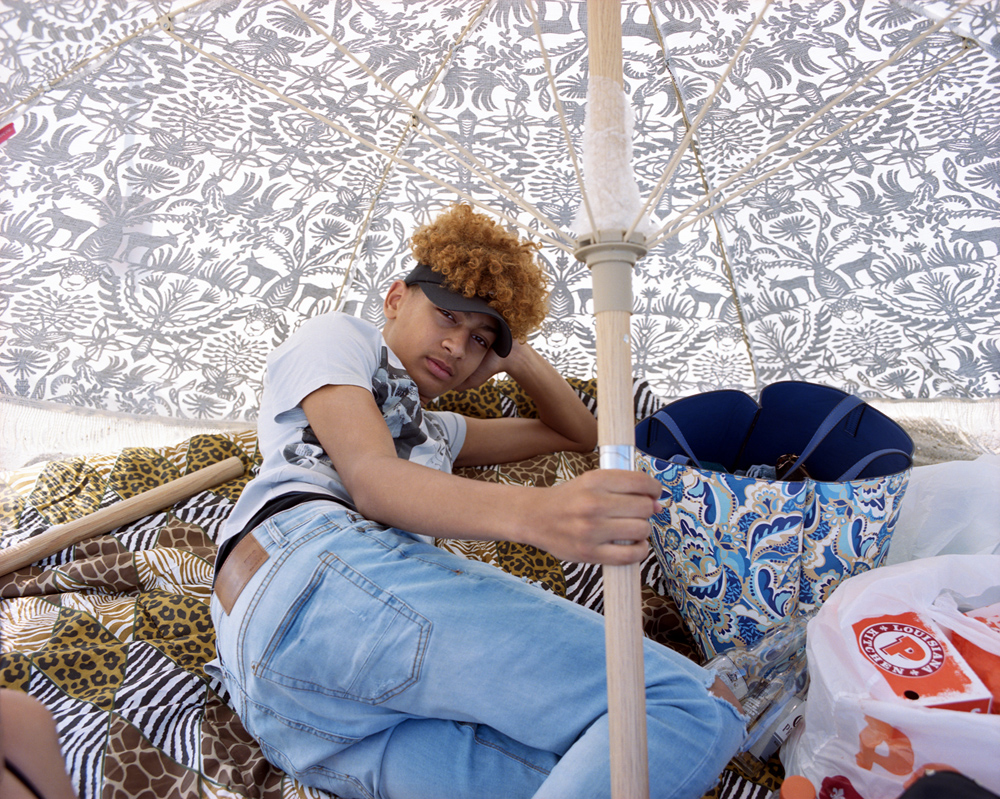 Susannah Ray has a legacy of considering New York communities and their relationship to water. I’ve shown her project, Right Coast, in my classes for years. Today we feature the 4th project in this cycle, Down for the Day. Photographed in Rockaway Beach, Queens, Susannah captures a world of summer beach going at the most frequented shore in New York City, where the masses descend to escape the urban density only to discover it again on the sand.

Susannah Ray lives in the Rockaways, a small peninsula on the edge of New York City bordered by the Atlantic Ocean, Jamaica Bay, and JFK International Airport. This intersection of city and water is at the heart of her photography and extends her early interest in landscape photography, which she uses as as form of visual geography, rendering the complex interrelationships of place, history, and ideology.

Born in 1972 in Washington, D.C. Susannah Ray studied photography as an undergraduate at Princeton University and completed her MFA in 1997 at the School of Visual Arts MFA Program in Photography and Related Media. Her project, “A Further Shore,” was exhibited at The Bronx Museum of the Arts in 2017-2018 and was published in 2017 by Hoxton Mini Press, East London, UK as New York Waterways. Susannah Ray has also had solo exhibitions at Bonni Benrubi Gallery and Albright College and been in numerous group exhibitions, notably at The Museum of the City of New York and The Queens Museum. Her photographs have been widely featured and reviewed in publications including: The New York Times, The New Yorker, The British Journal of Photography, Slate, The Independent UK, and The Wall Street Journal.

Susannah Ray is an Associate Professor of Photography at Hofstra University and the Photography Program Supervisor. 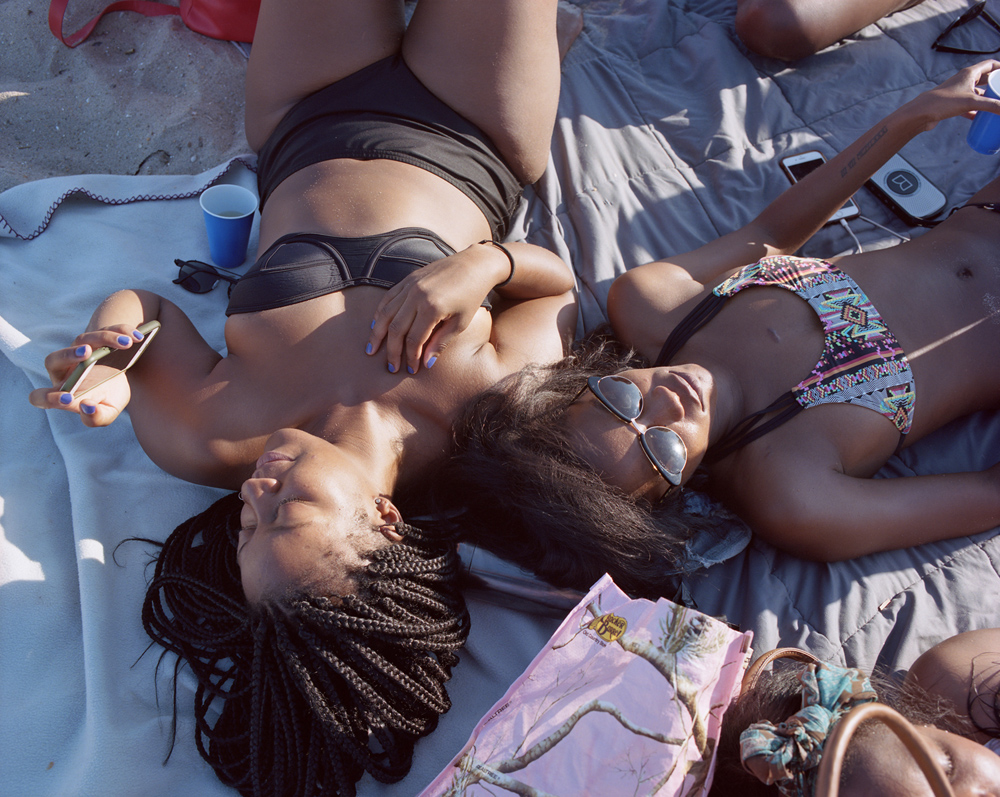 Down for the Day

Sand, everywhere on everything, sand and more sand. Chip bags cartwheeling across the beach or scavenged by seagulls, umbrellas turned inside-out, stuffed into overstuffed garbage cans. String bikinis and dime store towels, legs, arms, torsos, bellies, backs, covered in sand and more sand. Voices, thousands of them, carried inland by the onshore winds, commingled shouts that ebb and flow like the waves, a constant hum only interrupted by the rattle of the train that disgorges more and more bodies seeking relief from the summer heat.

They all come down for the day. Camps set up shoulder to shoulder, mini-habitations, refugees from the city. Running into the water with a shout. By August it’s like a bathtub. The late-afternoon sun, relentless, lowering in the sky, the shadows grow long, lifeguard whistles from one stand then the next, like a virus up and down the beach: everybody out. Shaking sheets and packing coolers, missing flip-flops and crying toddlers, trying to rinse off the sand, its everywhere on everything, sand, sand, and more sand. 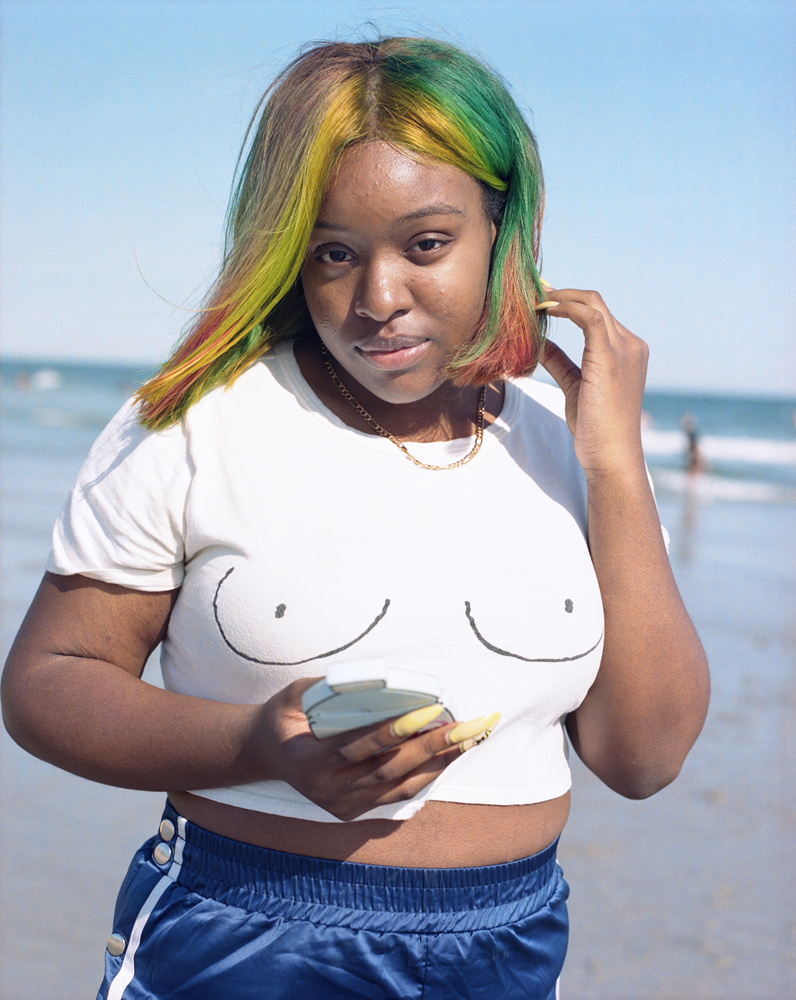 The photographs in “Down For the Day” (2016-present) are made along a 15 block stretch of beach in Rockaway Beach, Queens. Less than a mile long, this section of beach is among the most utilized in New York City, hosting shoulder to shoulder crowds on summer weekends. The project title, “Down For the Day,” is the local description of day trippers, frequently called DFDs. Often meant as a term of derision, or at least one intended to distance visitors from locals, my images offer an alternative viewpoint, in which the tangled bodies, cramped encampments, blowing trash, and flimsy tropical umbrellas are attempts at finding not only respite from the city heat, but perhaps a momentary paradise, imperfect but one’s own.

“Down For the Day” is fourth in a cycle of projects that depict the relationship between New York City, its diverse citizens, and its urban waterways. Throughout my photographic practice I have sought to understand the contradiction between the ideal and the actual; my photographs occur in the space, both literal and metaphorical, between the two. My hope is to find Eden in the everyday, to witness how we reconcile ourselves to the places and the life we live, how we find joy, beauty, and even transcendence in our immediate moment. – Susannah Ray 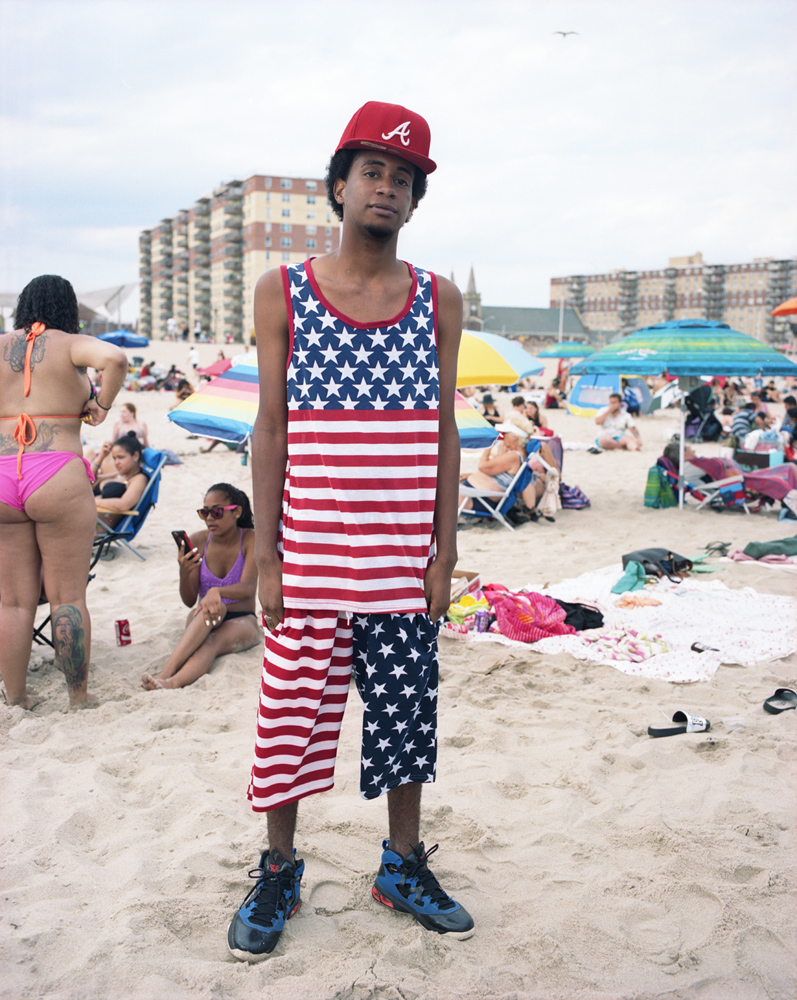 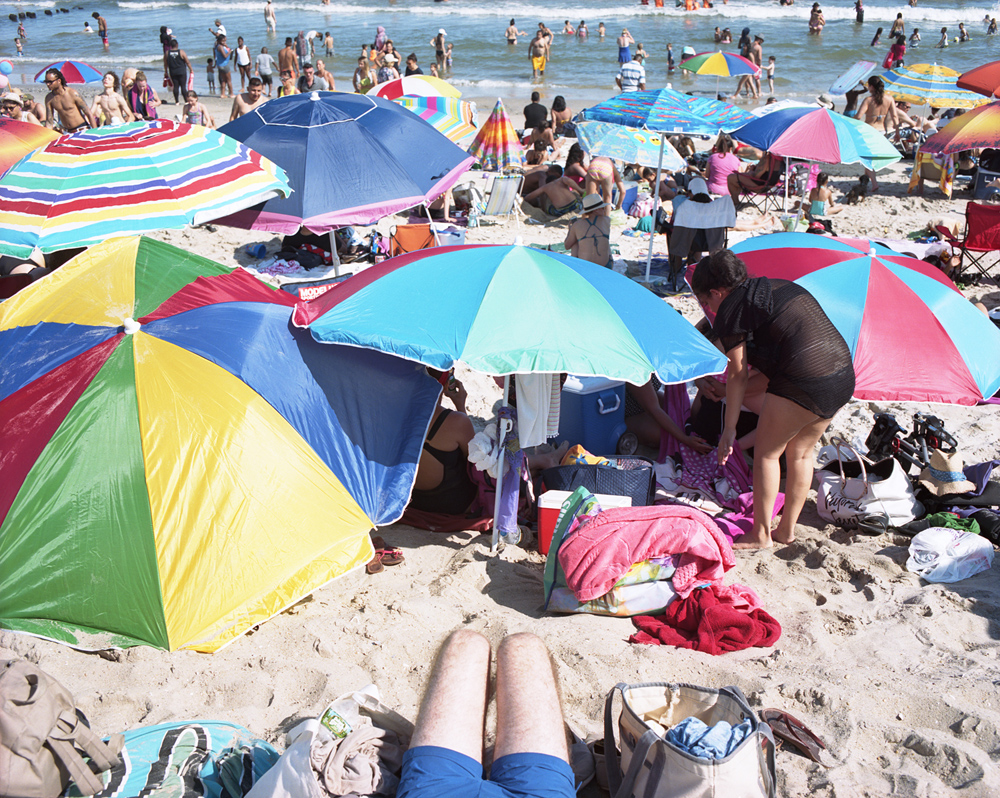 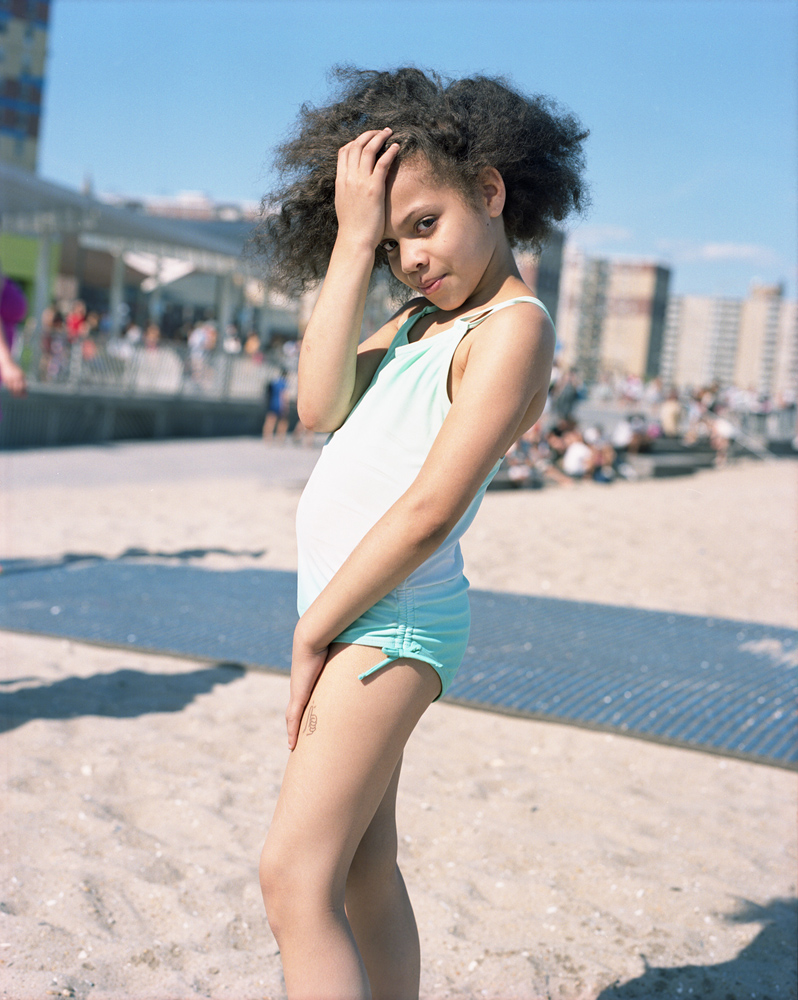 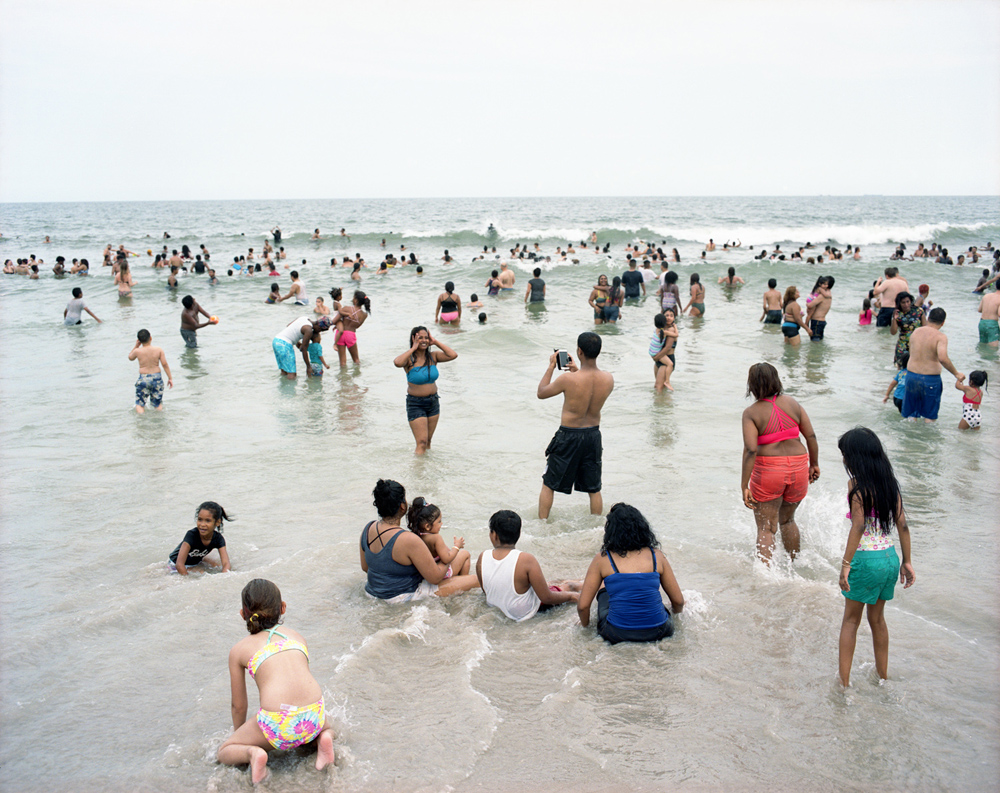 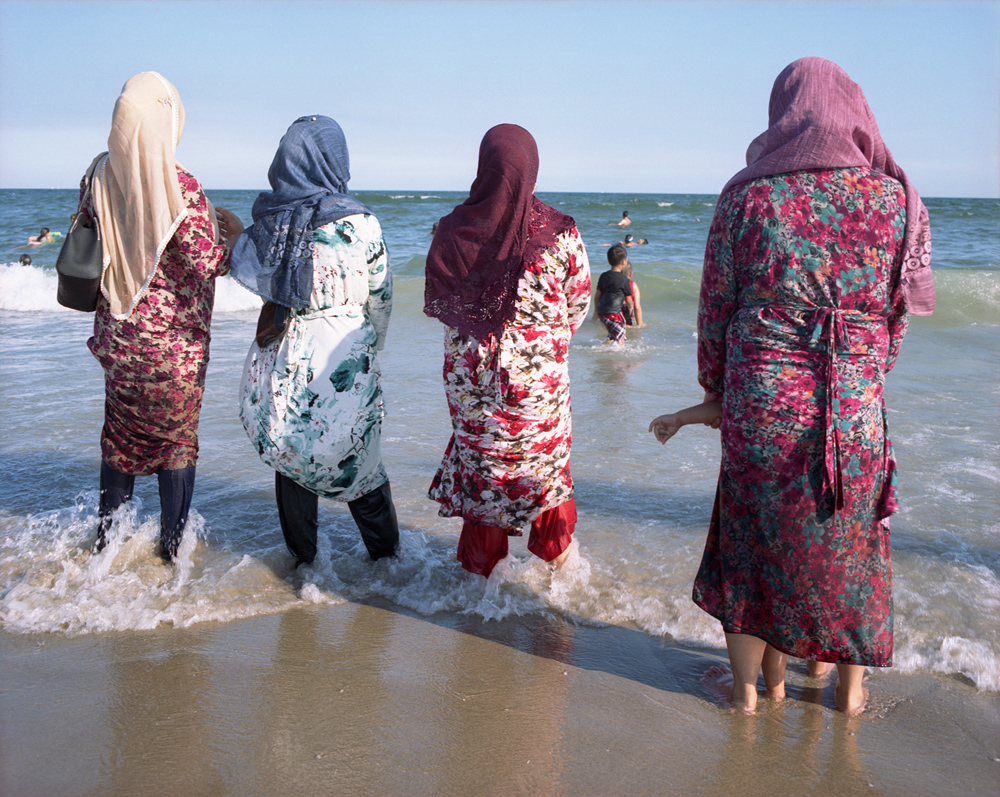 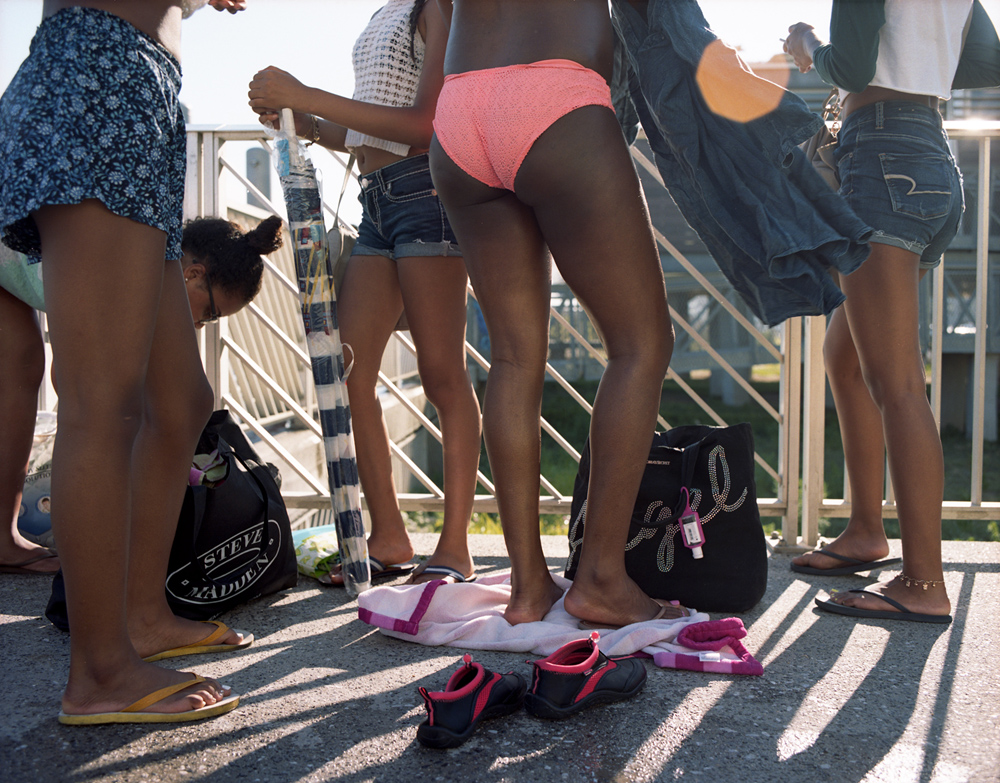 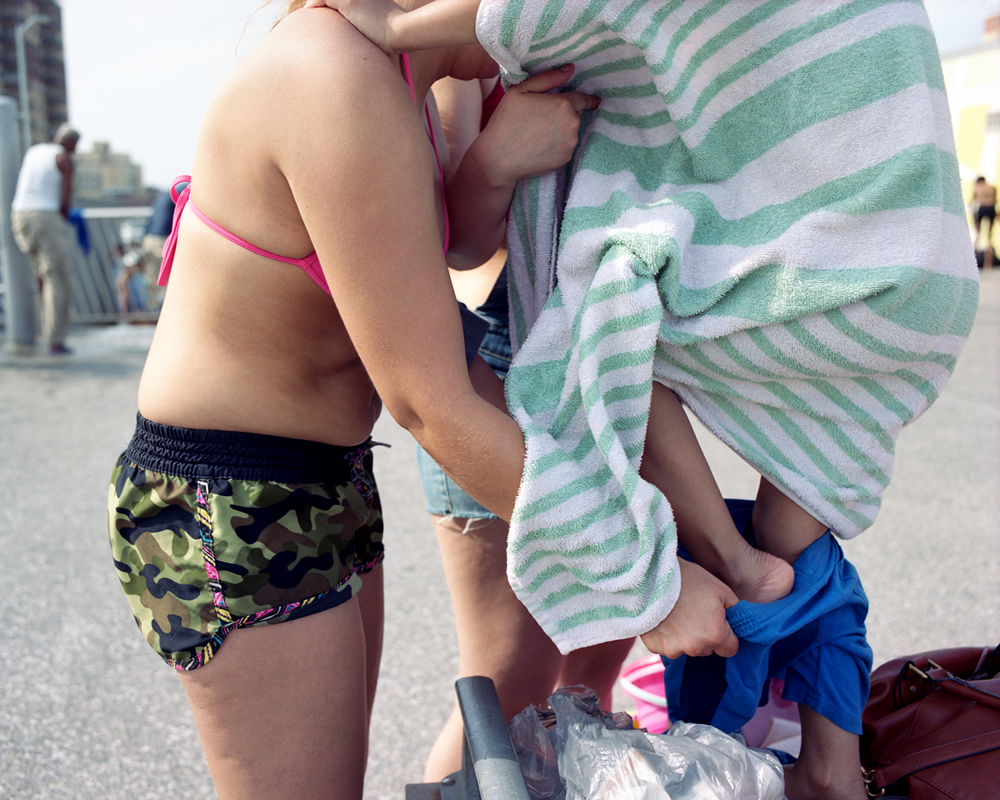 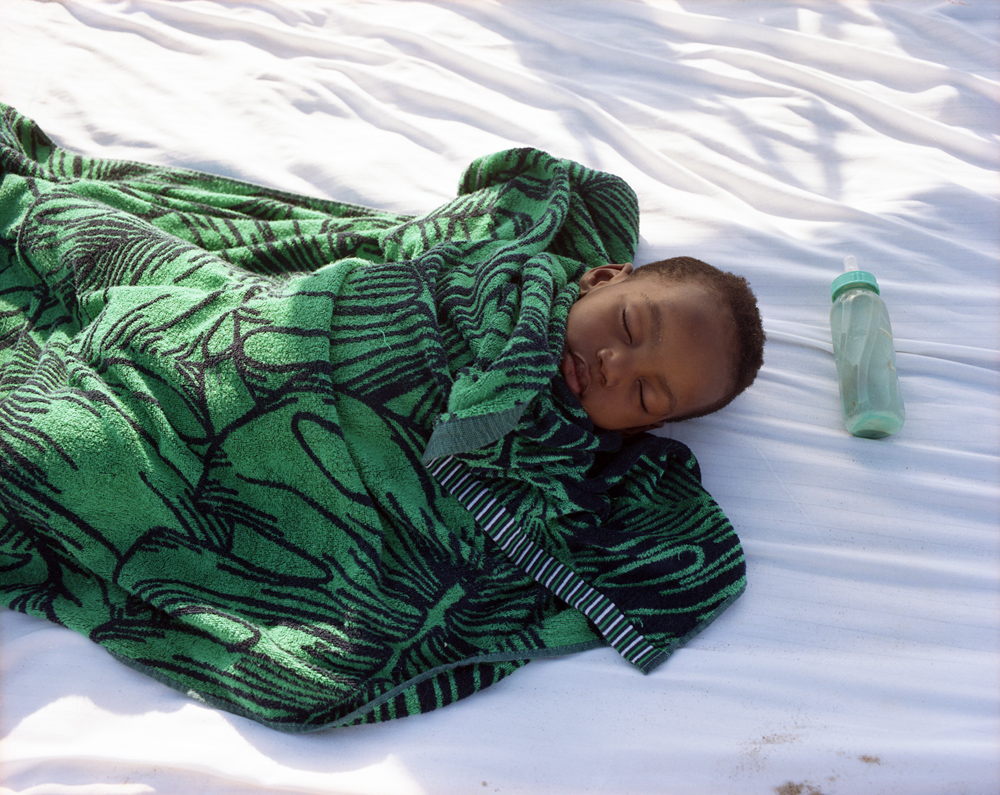 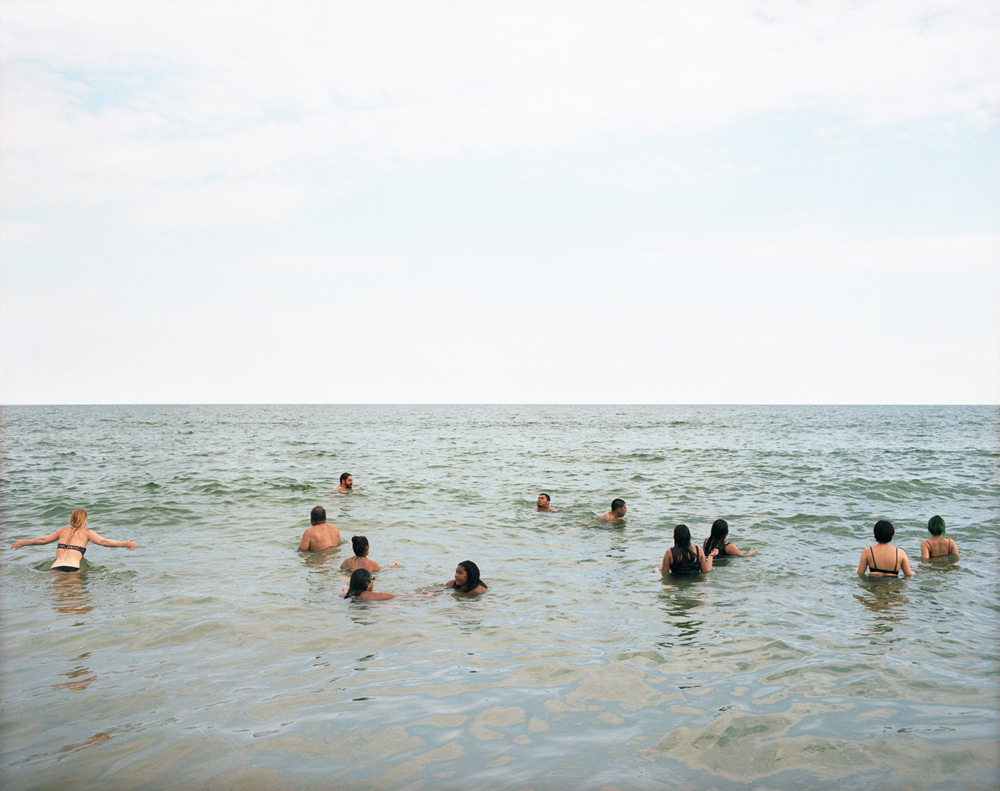 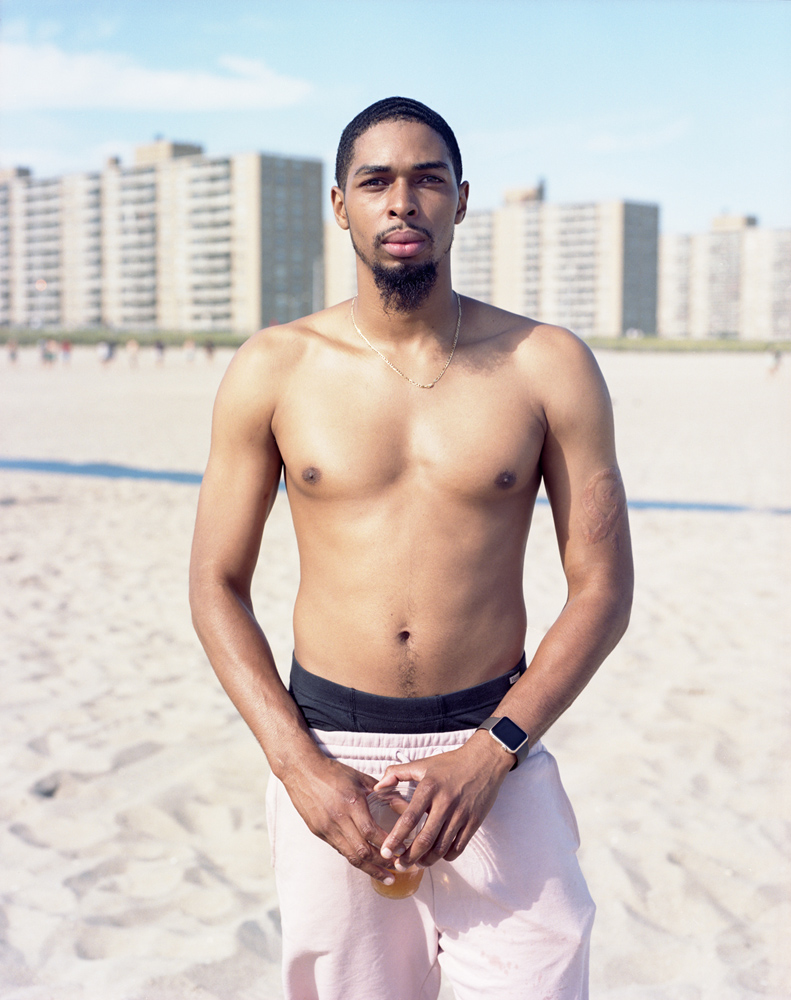 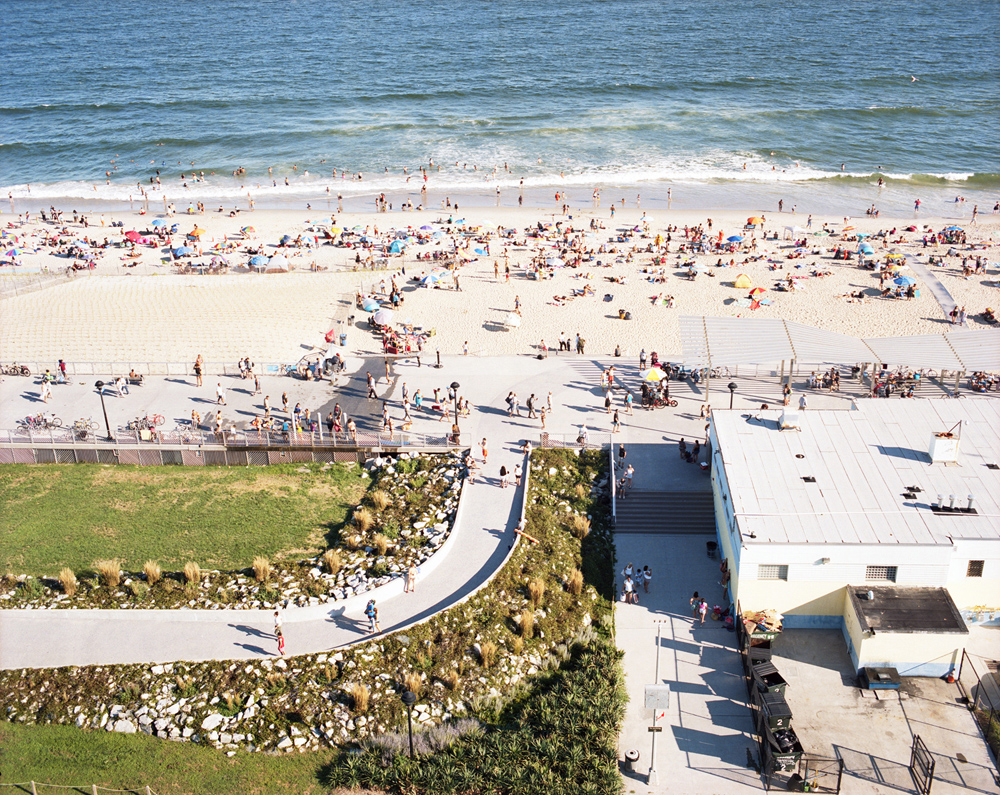