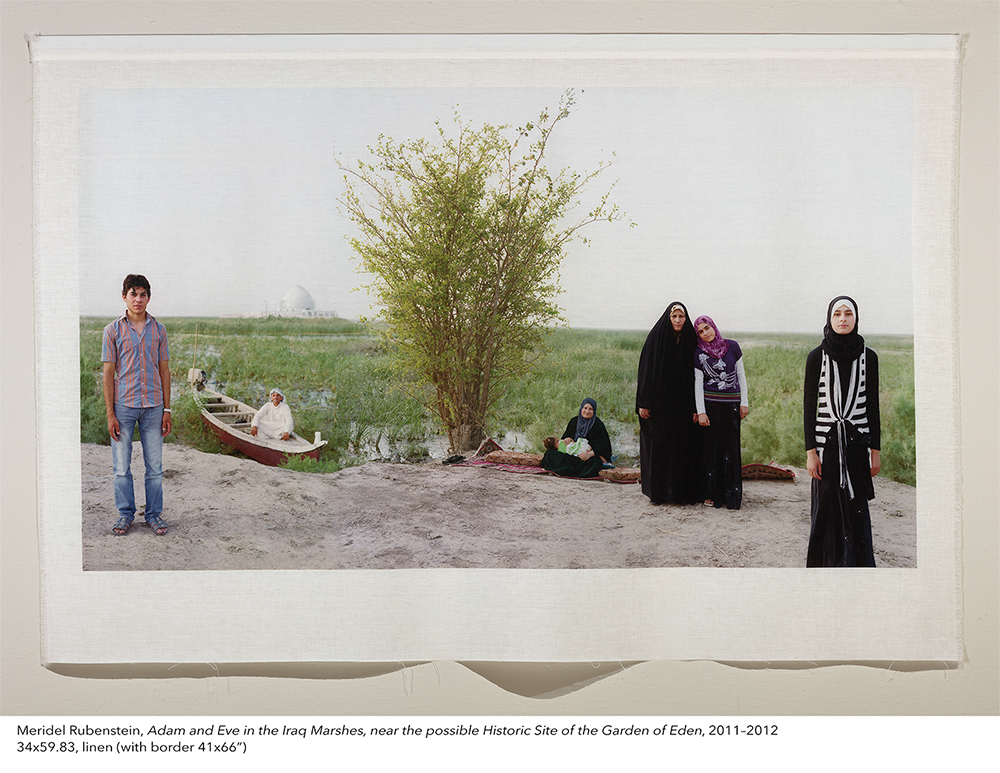 Congratulations to Meridel Rubenstein for being selected for an Honorable Mention in CENTER’s Project Launch Grant recognizing her project, Eden in Iraq. The Project Launch Grant supports a reportage, documentary or fine art series from New Mexico-based individuals. The Grant provides platforms for professional development opportunities, including complimentary participation and presentation at Review Santa Fe, Project Publication in Lenscratch, and an online exhibition at visitcenter.org.

In reviewing the 2021 Project Launch Grants, the strongest projects focused on photographically documenting climate and environmental changes that have a wide cultural impact both regionally and globally, causing sustainability issues that impact various communities. The projects chosen as finalists took their specific cultural needs and sensitivities into account when exploring and researching imperative concepts such as environmental racism, draught remediation, and miscarriage. All three grant finalists had elements of documentary, landscape, and portraiture photography integrated visually through thoughtful layout, image construction, and narrative. Each of the project finalists laid out the research behind their conceptual exploration within the body of work, the way that the work will be exhibited or printed, and how the funds provided by the grant would be used to carry out the project effectively. While the three finalists chosen were in various stages of their project development, they all had a clear vision of the outcome of their projects both conceptually and formally.

Marisa Sage is the Director and Head Curator of the New Mexico State University Art Museum in Las Cruces, New Mexico. Sage is a curator with a passion for emerging contemporary art and artists. Throughout her fifteen-year career, Sage has planned and executed over 100 international exhibitions, which included more than 200 individual artists globally. Previously, Sage served as the Director of the Rema Hort Mann Foundation, in New York, NY, and Galleries Manager for Salisbury University Art Galleries, in Salisbury, Maryland, before that, she established Like the Spice Gallery, a contemporary art gallery in Williamsburg, Brooklyn which held over 65 exhibitions between 2006 and 2012. At NMSU Sage has curated “Off the Wall”, a two-parted exhibition tracing the history of Sol LeWitt’s relationship with NMSU, as well as showing the extent of his influence on a new generation of artists who use the surface of the wall as their canvas. Sage has written and received multiple grants for NMSU including the National Endowment for the Arts which funded the exhibition GEOMAGIC: Art, Science, and the Zuhl Collection. Sage is a New York native, who received her Bachelor of Fine Arts in photography from Syracuse University and Master of Digital Arts from the Maryland Institute College of Art. 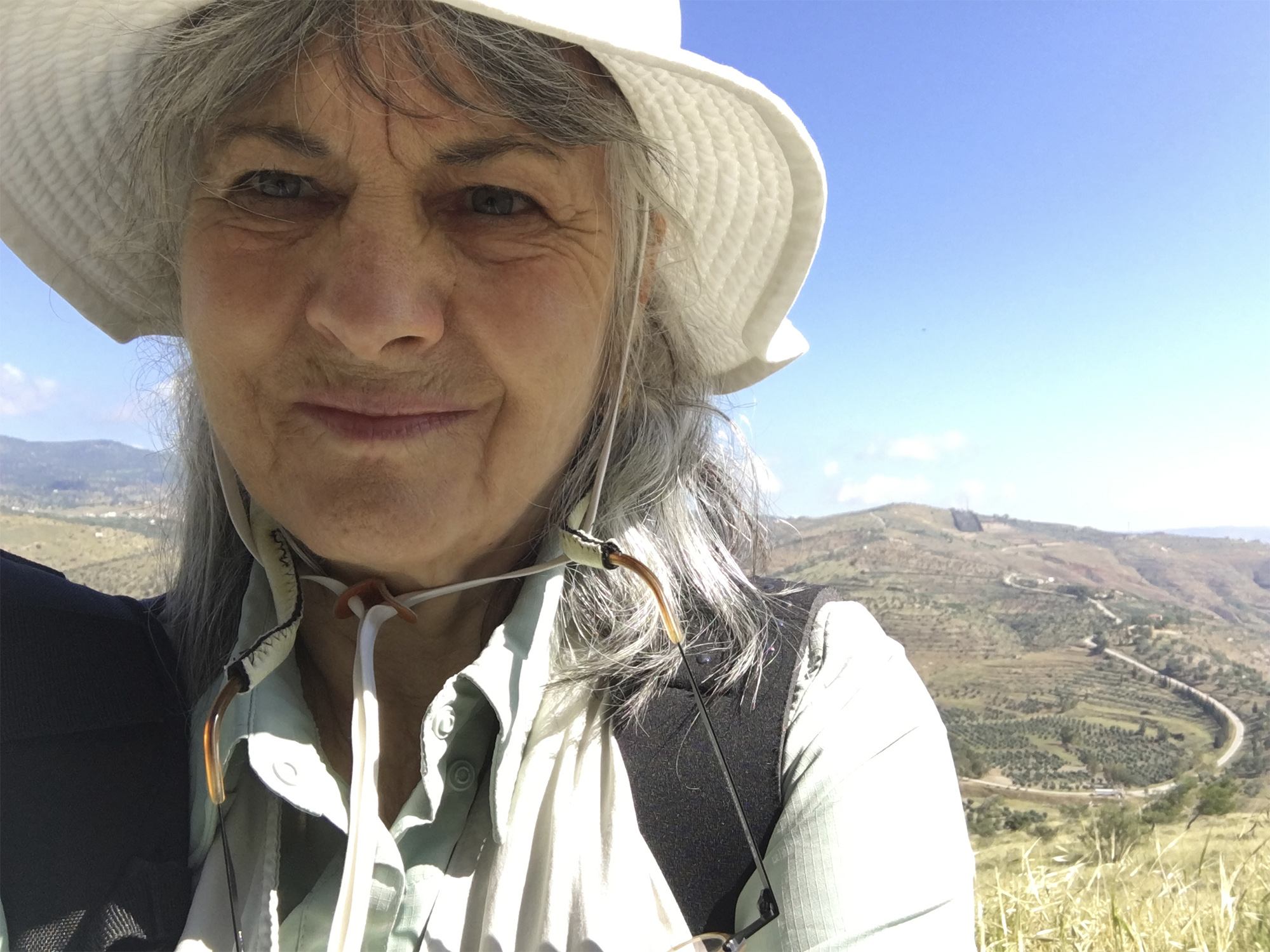 Portrait of Meridel in Jordan 2016

Meridel Rubenstein began her professional career in the early 1970s.  She has evolved from photographer of single photographic images to artist of extended photographic works, multi-media installations, and social practice that focuses on intersections of nature and culture in relationship to ecological and social imbalance. In 2019, she retired from the School of Art, Design, and Media, at Nanyang Technological University(NTU) in Singapore, where she taught  Extended Photography as well as Art and Ecology. She is an Adjunct Professor in the School of Sustainability, at Arizona State University in Tempe, Arizona.

Rubenstein has exhibited internationally, as well as in numerous gallery and museum exhibitions,  including at the Louvre in Paris. Permanent collections that house her work, in addition to MOMA,  include the National Museum of American Art in Washington, the San Francisco Museum of Art, and the Museum fur Kunst und Gewerbe, Hamburg, Germany. She has received numerous grants including a Guggenheim Fellowship.

In 2011, Rubenstein initiated and is Project Director of the Eden in Iraq Wastewater Garden Project. This interdisciplinary water remediation project in the wetlands of Southern Iraq, uses art, design, environmental engineering, and wastewater to make a restorative garden for health, cultural heritage, and environmental education. Initially funded by a research grant from Nanyang Technological University(NTU) 2013-2017, in 2014 , it became an official project of the Iraqi NGO, Nature Iraq. In 2020, it was designated by Unesco as one of 100 outstanding Green Citizen’s Projects. The Center for Restoration of Iraq Marshes and Wetlands(CRIMW) and the Iraq Ministry of Water Resources(MOWR) have committed to funding this project in 2021. 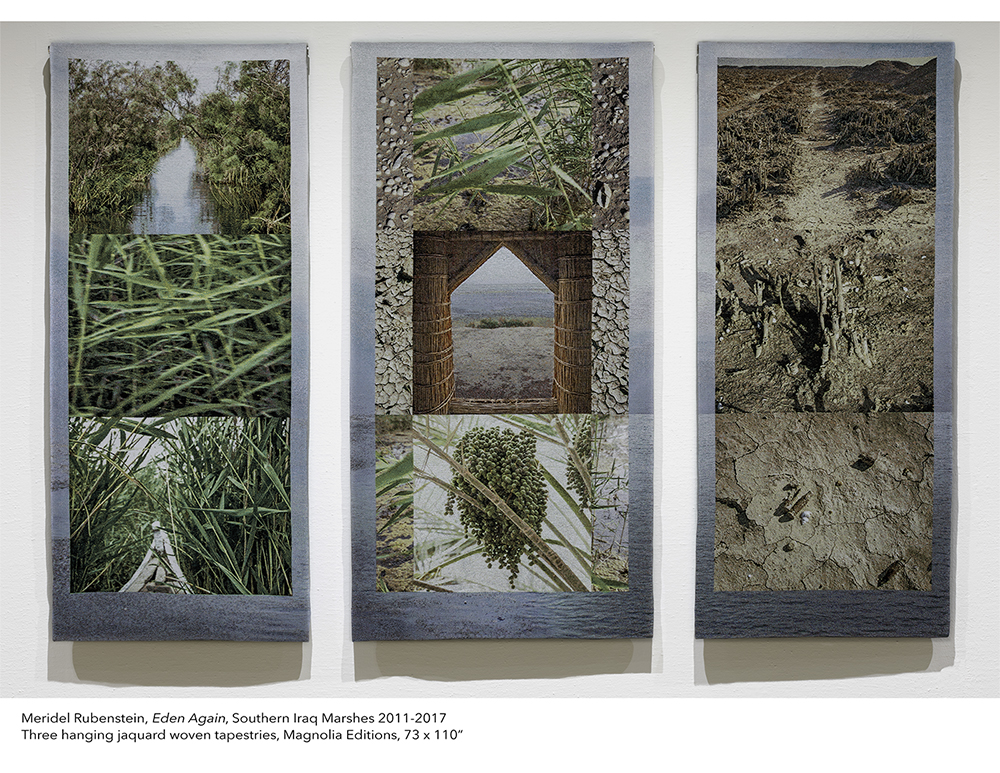 Eden in Iraq ( 2011-) is an ongoing body of work seeking completion, national and international exposure, and book form.

The marshes in southern Iraq, formed by the Tigris and Euphrates Rivers, are home to one of humanity’s oldest cultures. These rivers cross on the eastern edge of the marshes, so this intersection is thought to be a possible site of the historic Garden of Eden. The Marsh Arabs developed their way of life around the resources of the marsh, once the third largest wetlands in the world- before being malevolently drained by Saddam Hussein in the 1990’s. Upon the dictator’s demise in 2003, the Marsh Arabs returned to restore their land.

My photographs have been created in tandem with a water remediation project in these wetlands, that I initiated and direct, also called Eden in Iraq. Environmental engineering, design, and wastewater are creating a wastewater garden for health, cultural heritage, and environmental education (www.edeniniraq.com). This project allows me to give back to the community and land that I photograph.

The design for the wastewater garden, inspired by Mesopotamian Embroidered Wedding Blankets, has influenced the digital assembling of the imagery and materials used in my photoworks. Several of the pieces have borders that reference Iraqi rug patterns. The three column photowork, Eden Again, is made from woven threads as a jacquard tapestry. In Iraq, Shi’a Muslims pray 5 times a day on a plenitude of rugs. In addition, the first descriptions of making linen were described on cunieform tablets as early as 2500 B.C. . Thus, some of the images are printed on linen, that can hang and float on exhibition walls. Next October I plan to return to the Iraq marshes to make photographs for final work that remains to be completed. These would include images of water, drought, wildlife, climate change, as well as additional portraits of women and girls. This award would enable me to complete photoworks for exhibition and a new book. 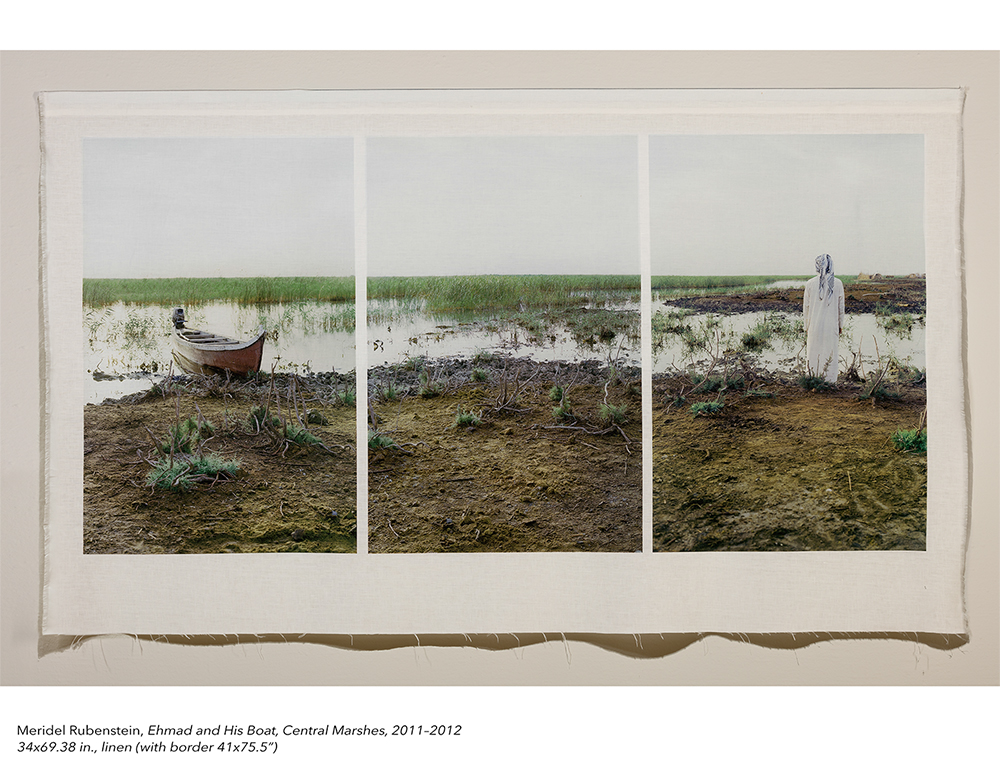 ©Meridel Rubenstein, Ehmad and his Boat 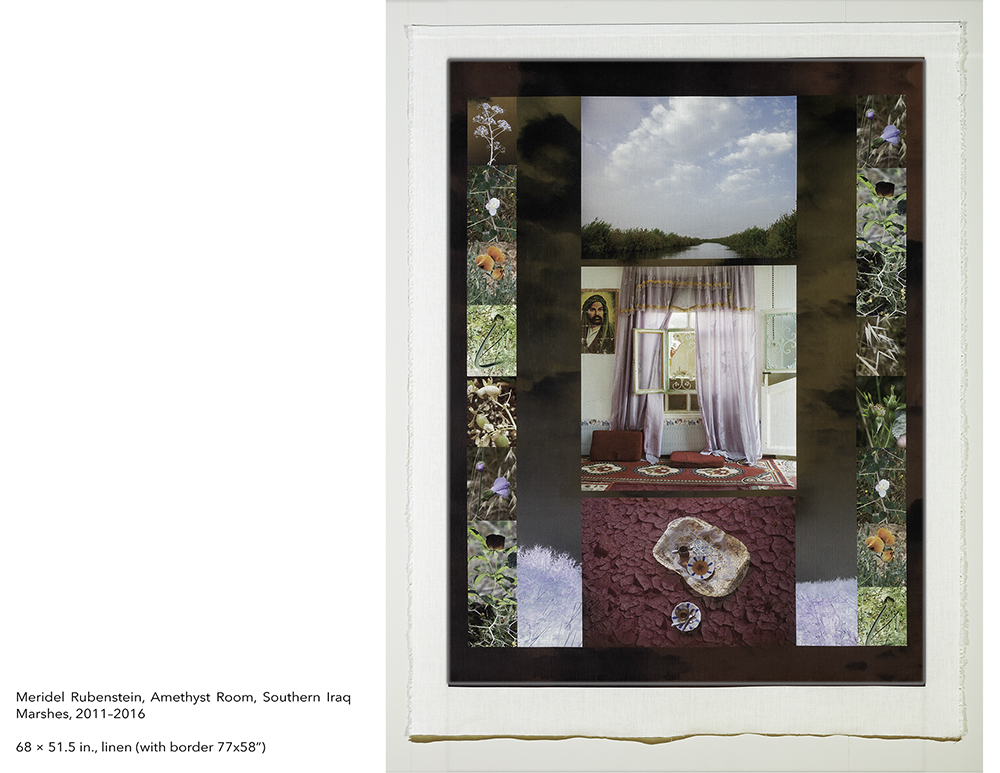 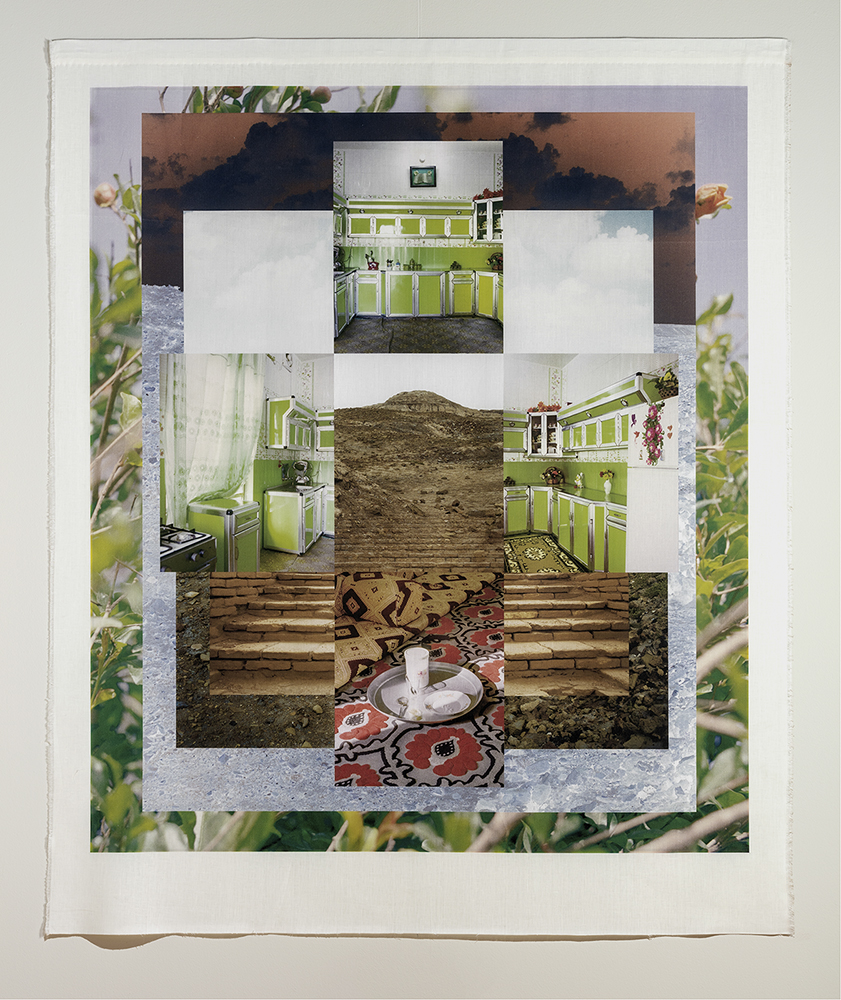 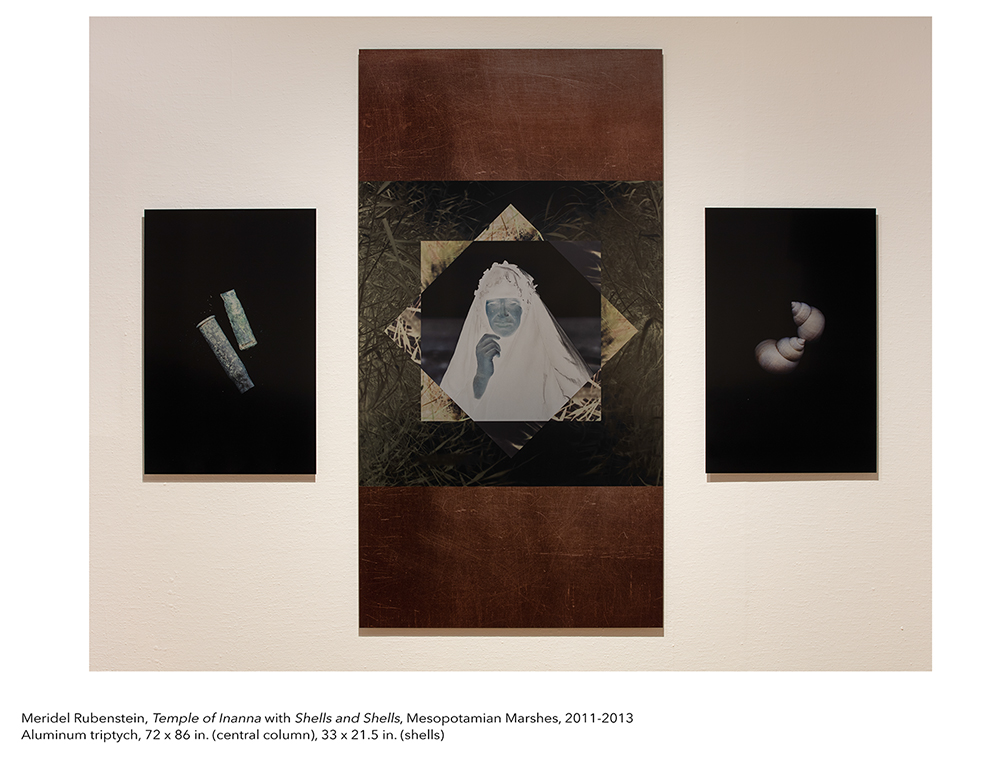 ©Meridel Rubenstein, Inanna of the Marshes 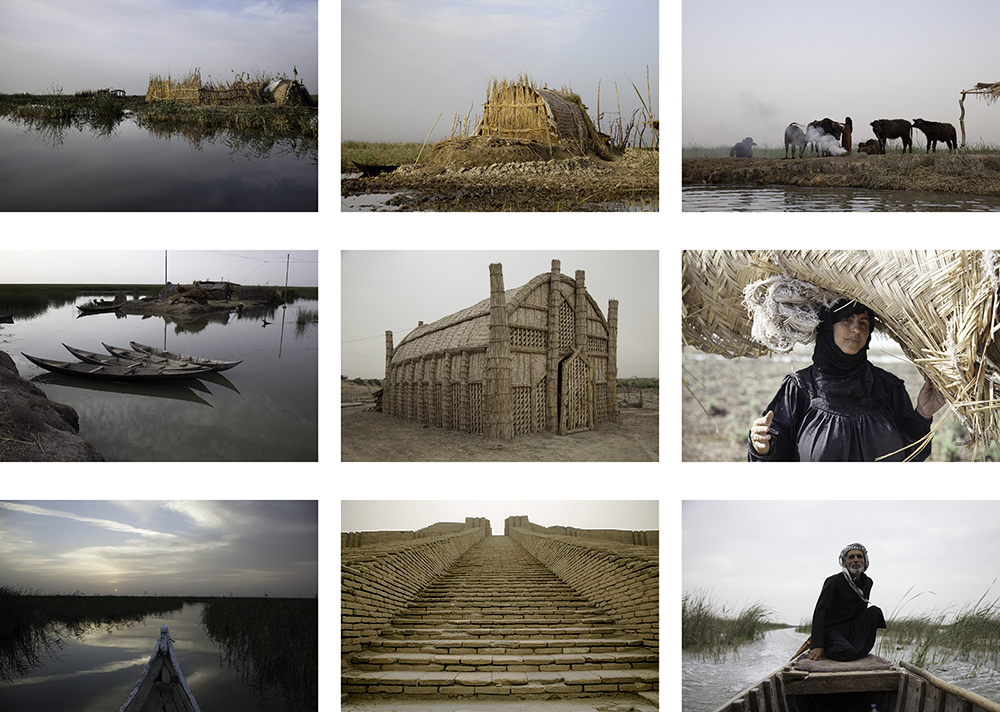 ©Meridel Rubenstein, In The Marshes 9 pt 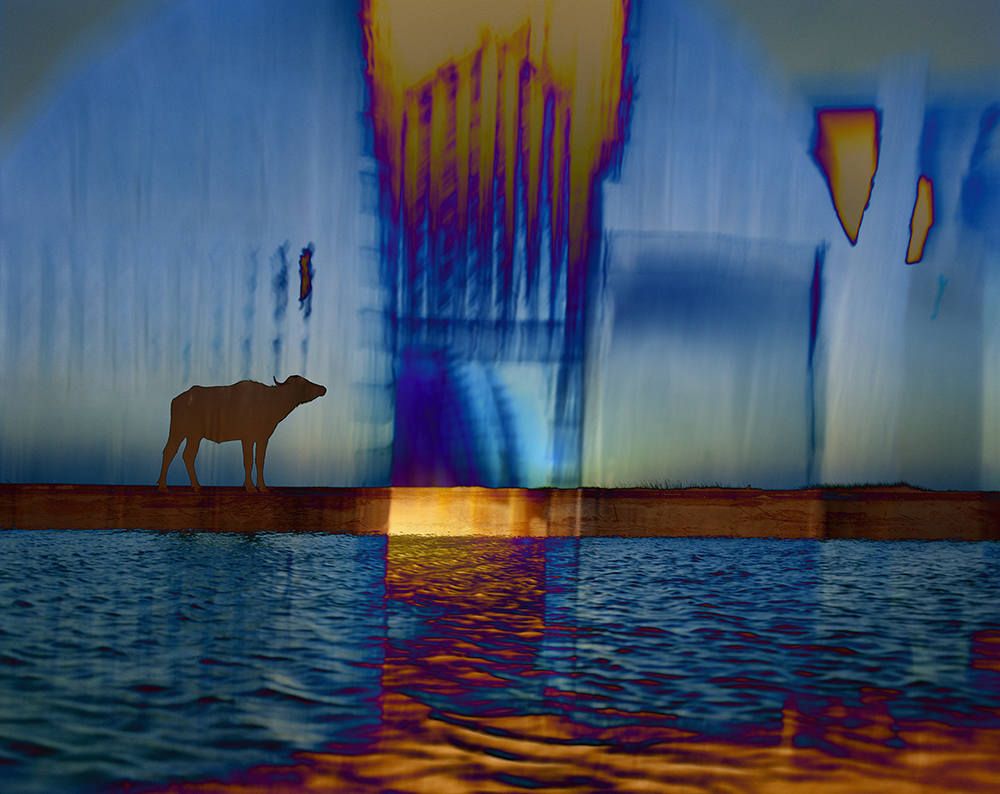 ©Meridel Rubenstein, Military site on the way to Eridu 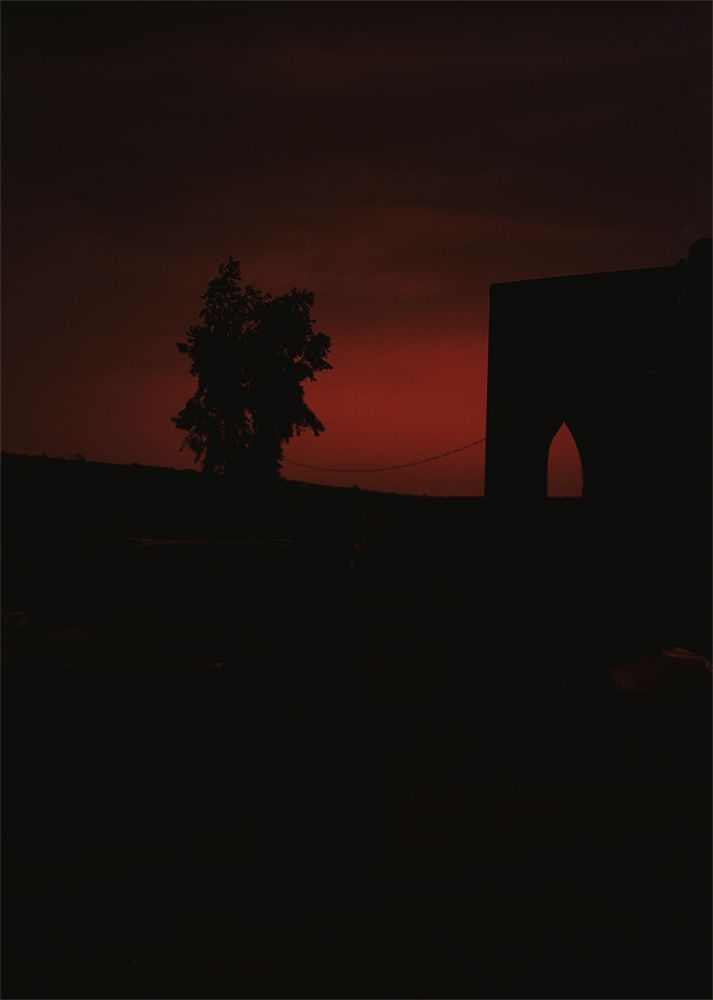 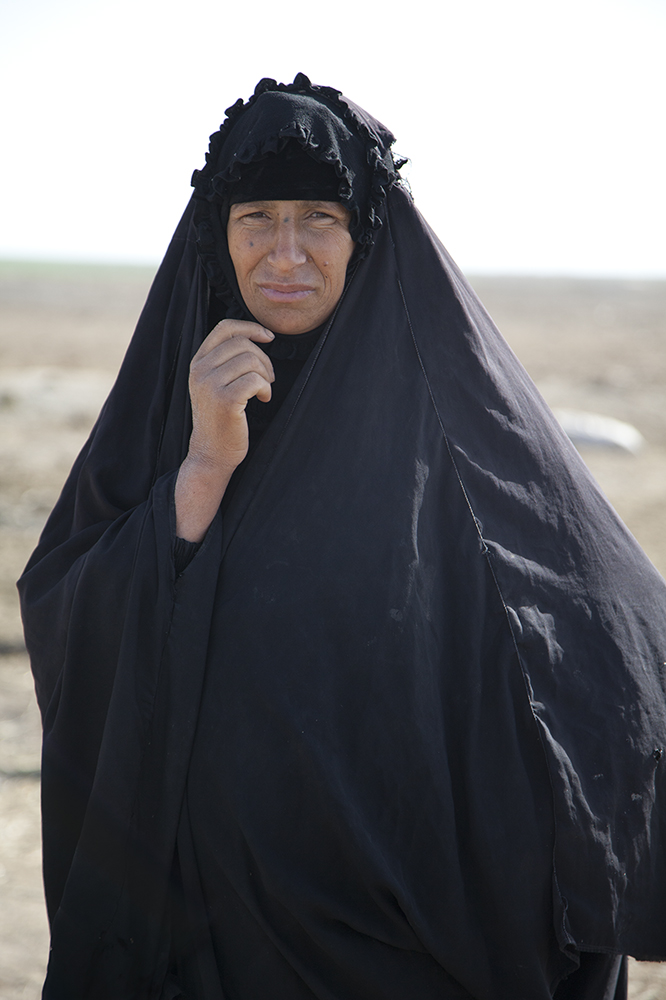 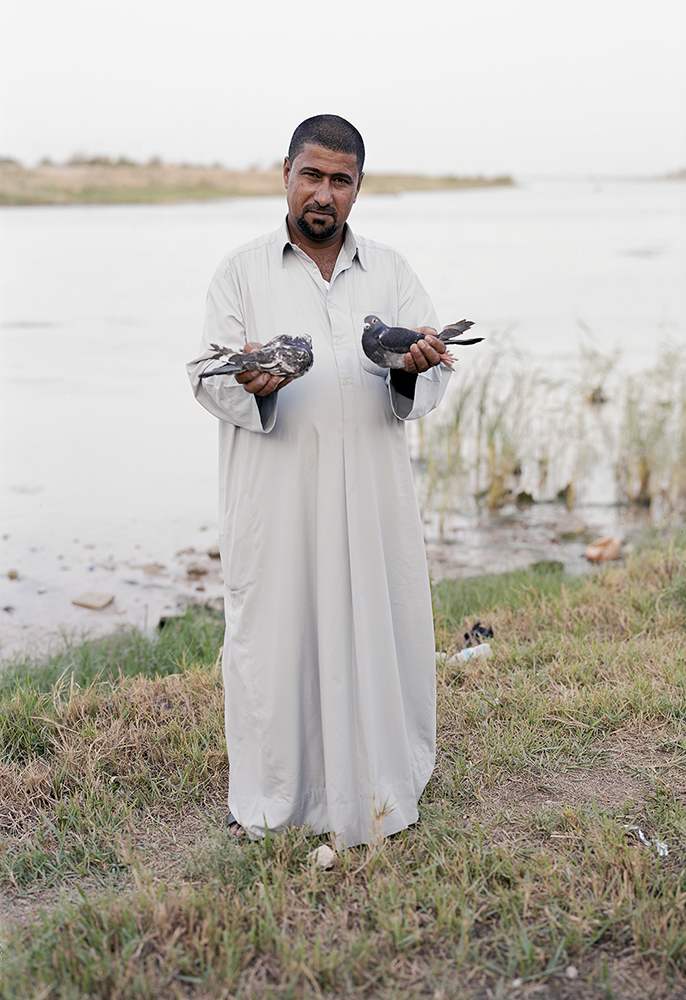 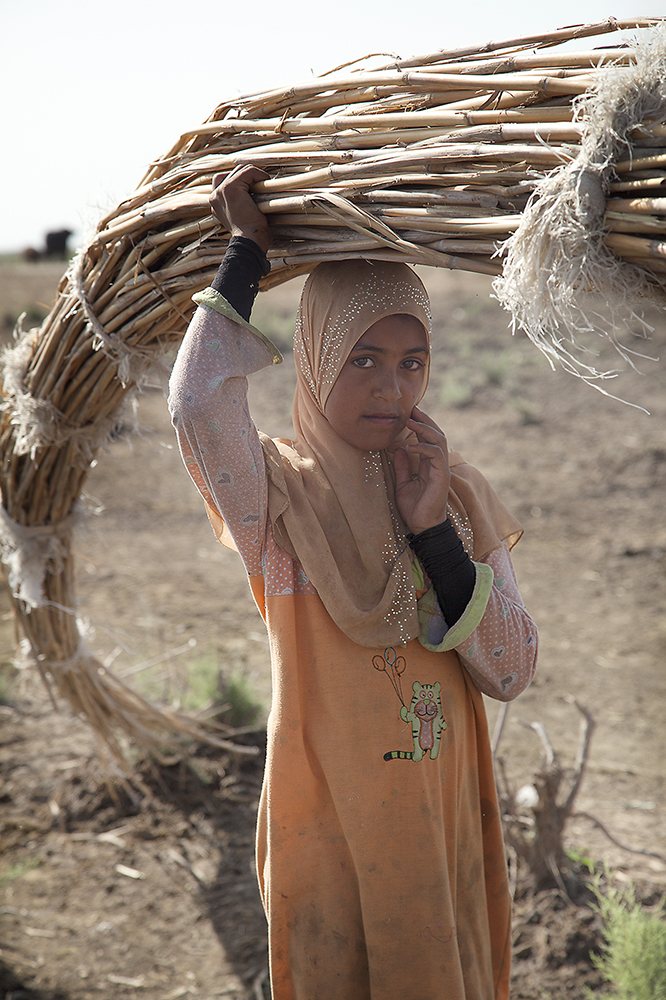