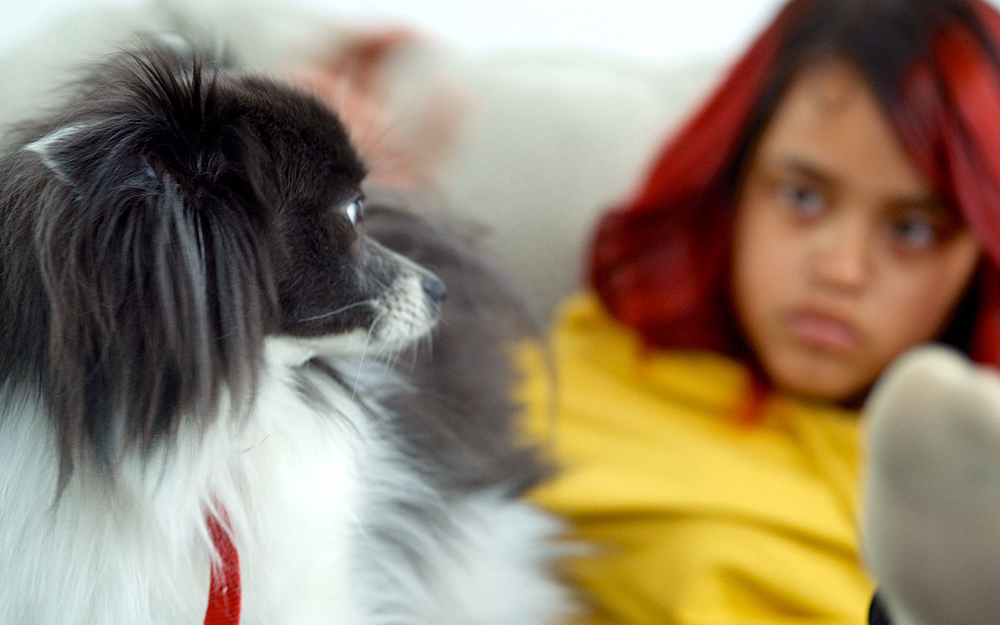 DOG WALK HOME is a feature documentary film from Vicki Topaz and Wynn Padula, two filmmakers whose previous work reflects passionate engagement in veteran PTSD. The film is a story of three U.S. veteran families living with the legacy of post-traumatic stress that examines the role service dogs can play in easing symptoms of trauma. Within intimate home settings, we witness the unfolding journey of veterans and their families reclaiming their lives prior to military service. Among veterans receiving disability benefits from the VA, more than one in five suffers from PTSD. By some estimates, 20 veterans commit suicide every day.

My desire to shed light on the veteran experience began to take shape more than a decade ago, but it truly crystallized when I started interviewing and photographing veterans living with PTSD for my multimedia project, HEAL! It was an honor and a revelation listening to their stories of military service, to learn about their subsequent battles with PTSD, and especially to witness how service dogs helped put them on a path to restoring their independence.

All of my work with veterans has been deeply personal — a truth that over time I realized was partially rooted in the formative experiences of my own childhood. My father was a U.S. Army Veteran who flew missions as a tail gunner in Europe during WWII. Like the veterans featured in Dog Walk Home, he arrived home with PTSD, a condition that was unrecognized and untreated at the time. Now, these many years later, I know that he was grappling with PTSD that led to his anger and alcoholism. I also know that my childhood perspective has helped me foster deeper insights into the unique struggles of children and families living with trauma. 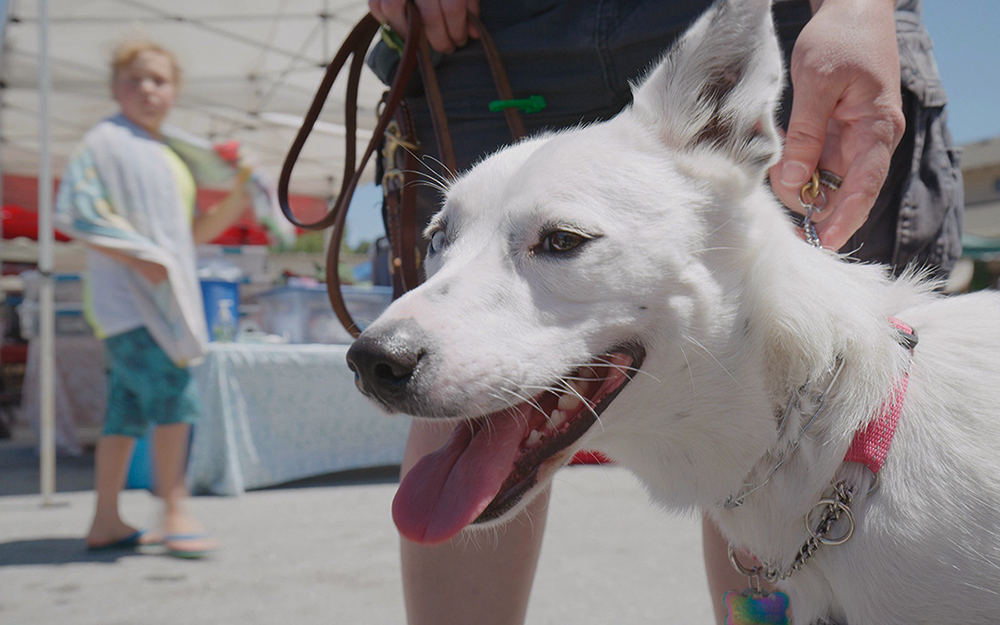 Based in San Francisco, Vicki Topaz has worked as a photographer and filmmaker for the past 25 years. Since 2010, she has focused on the multimedia project HEAL! that documents veterans who are aided by service dogs to ease symptoms of PTSD. Her short documentary Veterans Speak About PTSD garnered significant public attention and was screened in 17 film festivals nationwide. Her deep, personal commitment to telling these stories is rooted in her childhood experiences with her own father, a WWII tail gunner who returned home with PTSD, which was then unrecognized. Presently Topaz is working on a feature documentary, Dog Walk Home,* that follows three veteran families struggling with PTSD and the service dogs who help them heal and imagine the possible.

Prior projects include: SILVER: A State Of Mind, a photographic series about women and aging that explores 52 remarkable women’s ideas and thoughts about growing older in America. SILVER was exhibited for one year at the Buck Institute for Research on Aging and featured internationally in newspapers from The New York Times to the Times of India, and on NPR’s Forum. 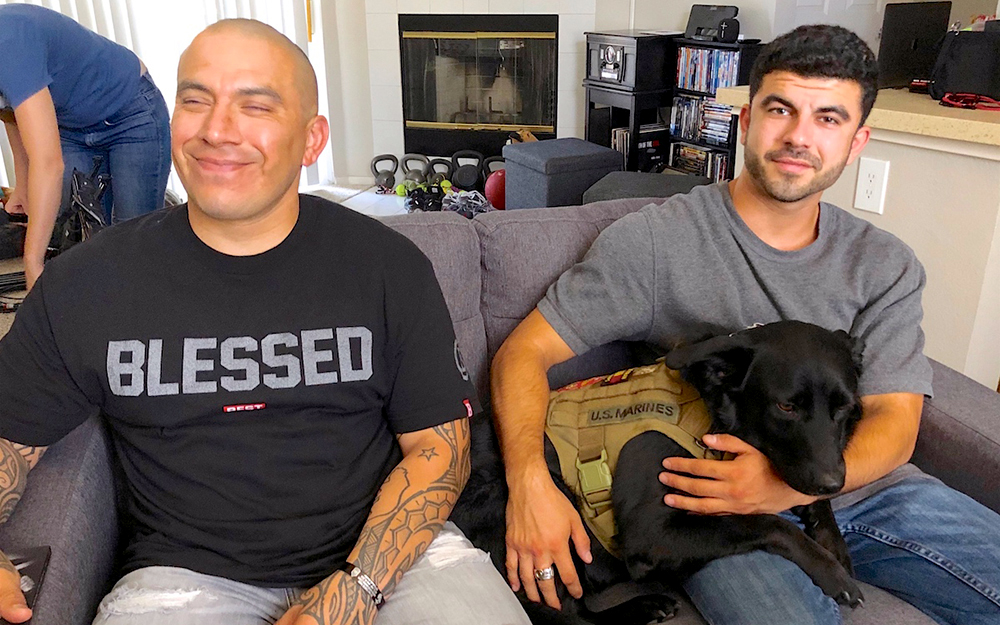 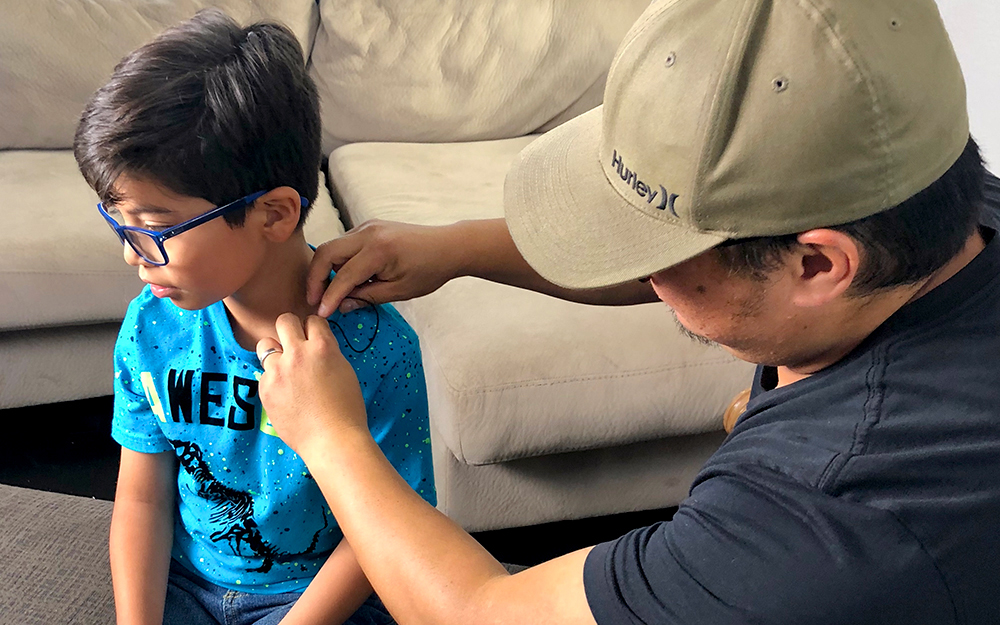 Ramon’s son Johnny getting mic’d up for filming, ©Vicki Topaz

Topaz’s monograph, Silent Nests (2009), depicts the first photographic investigation into the medieval dovecots of Normandy and Brittany. Topaz is co-founder and former board member of PhotoAlliance, a nonprofit organization dedicated to presenting contemporary photography in the San Francisco Bay Area.

*Dog Walk Home is made possible with support from California Humanities, a non-profit partner of the National Endowment for the Humanities and is also supported by the Yellow Chair Foundation. 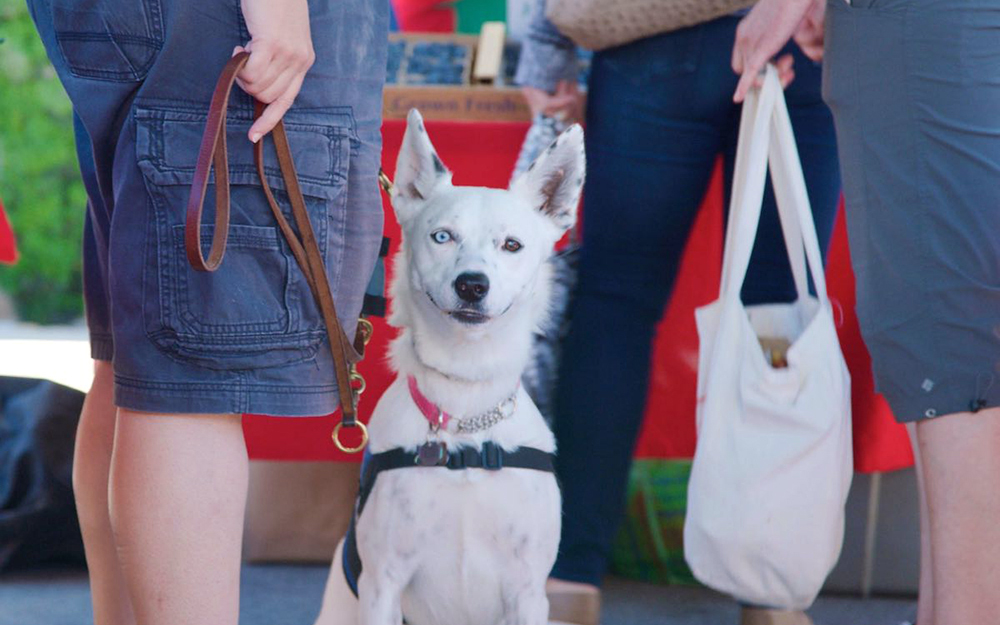 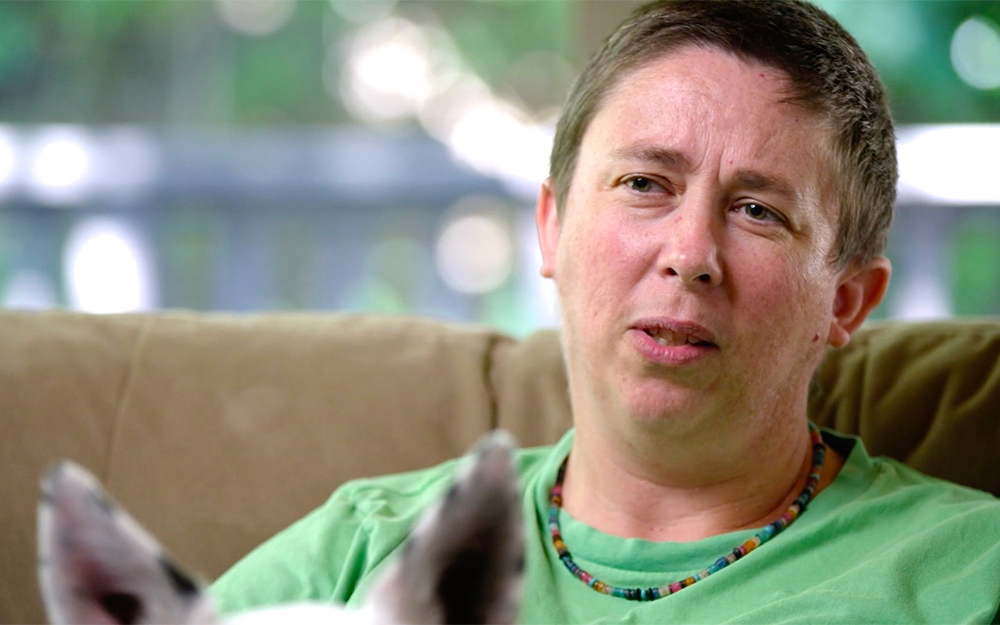 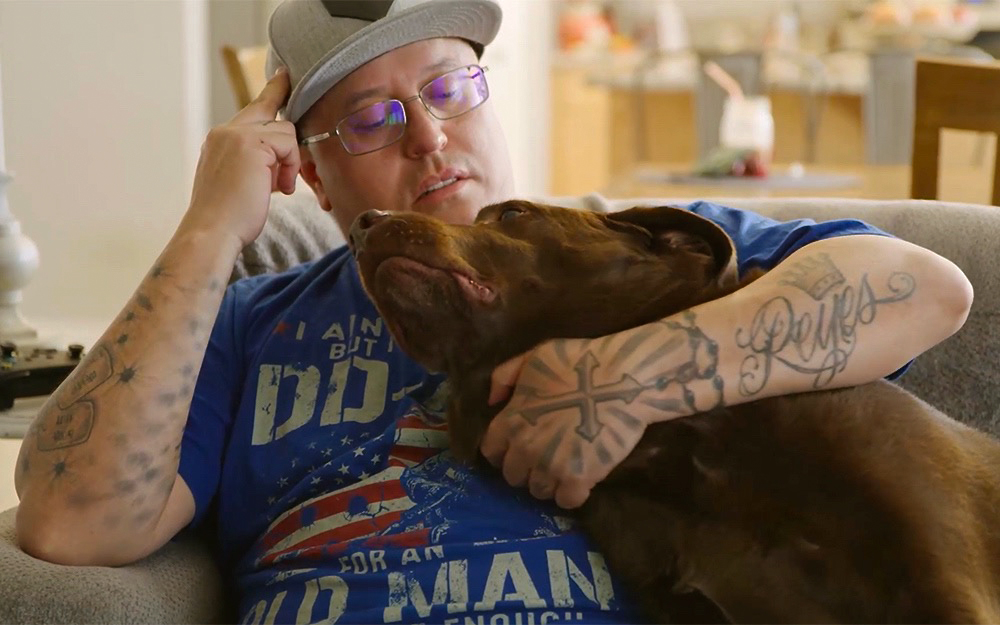 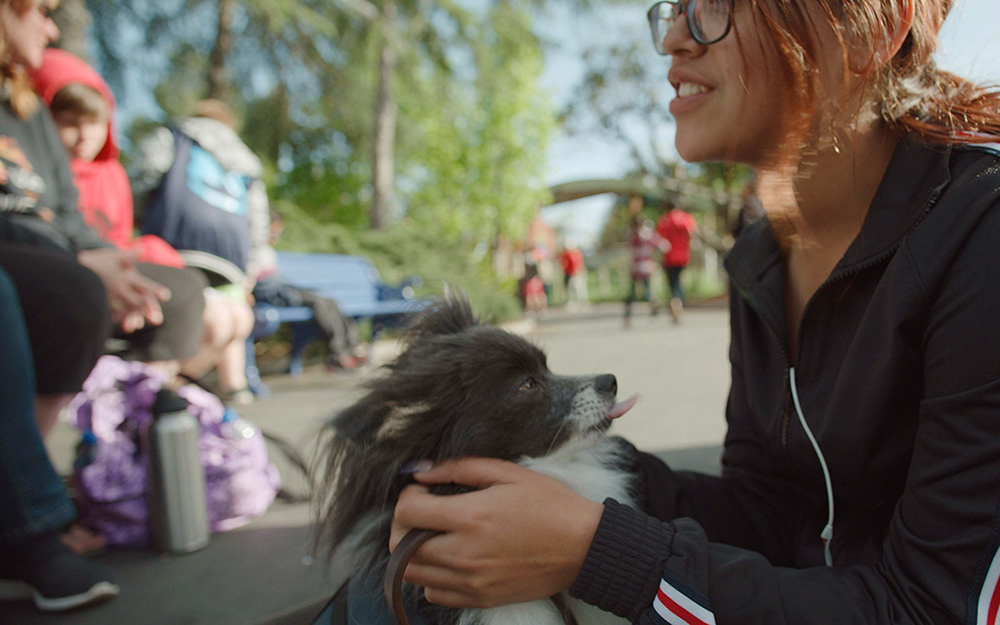 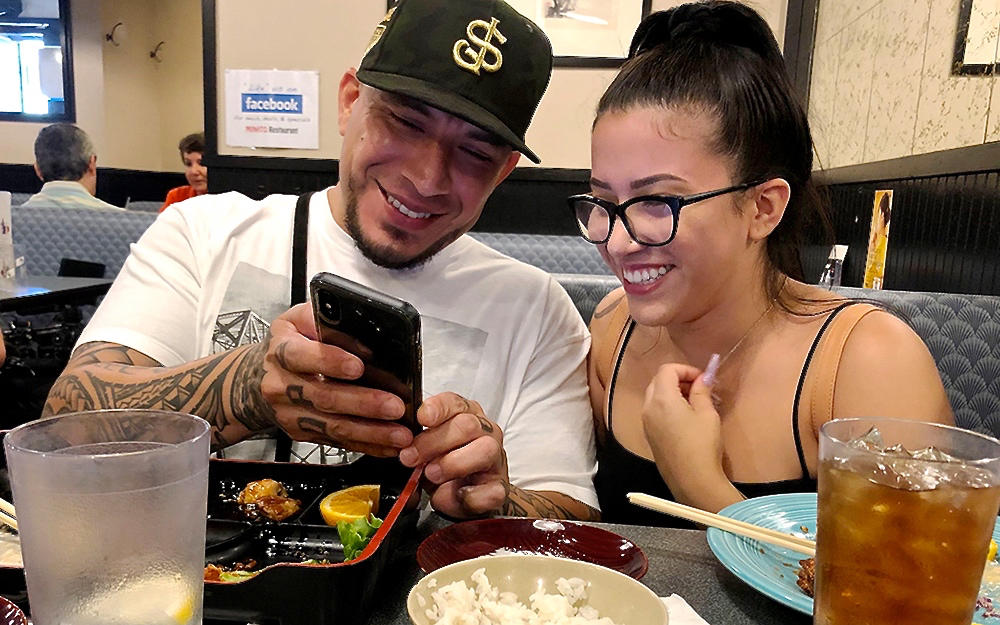 Emilio and daughter Seryna during a lunch break, ©Vicki Topaz 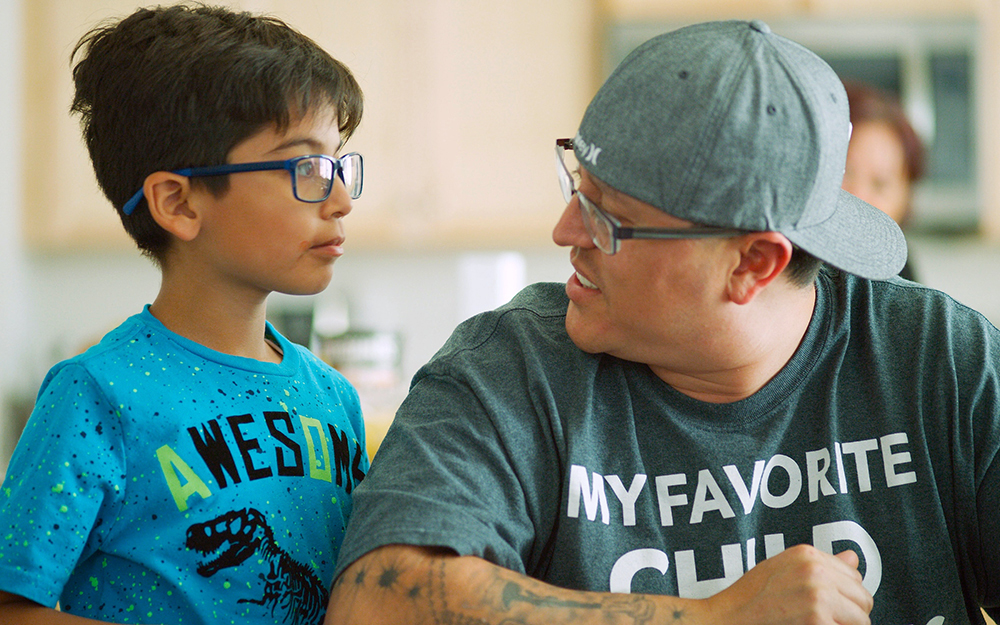 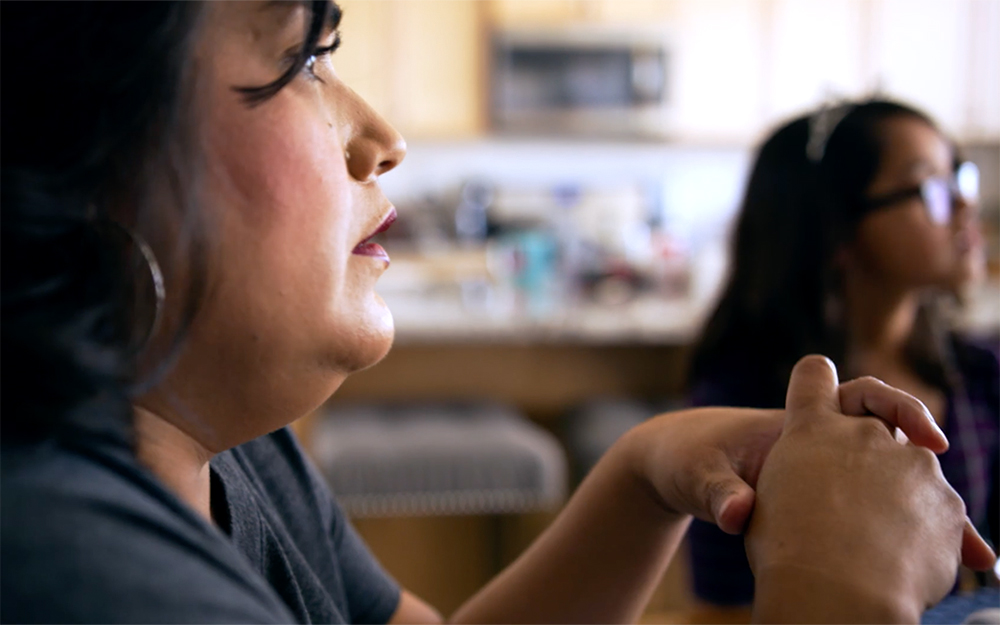 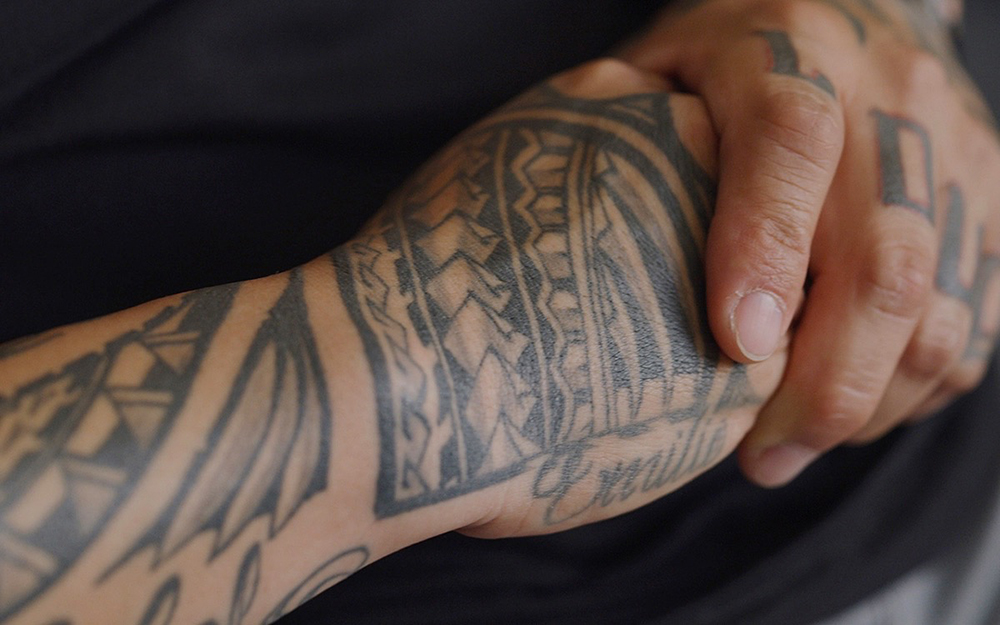