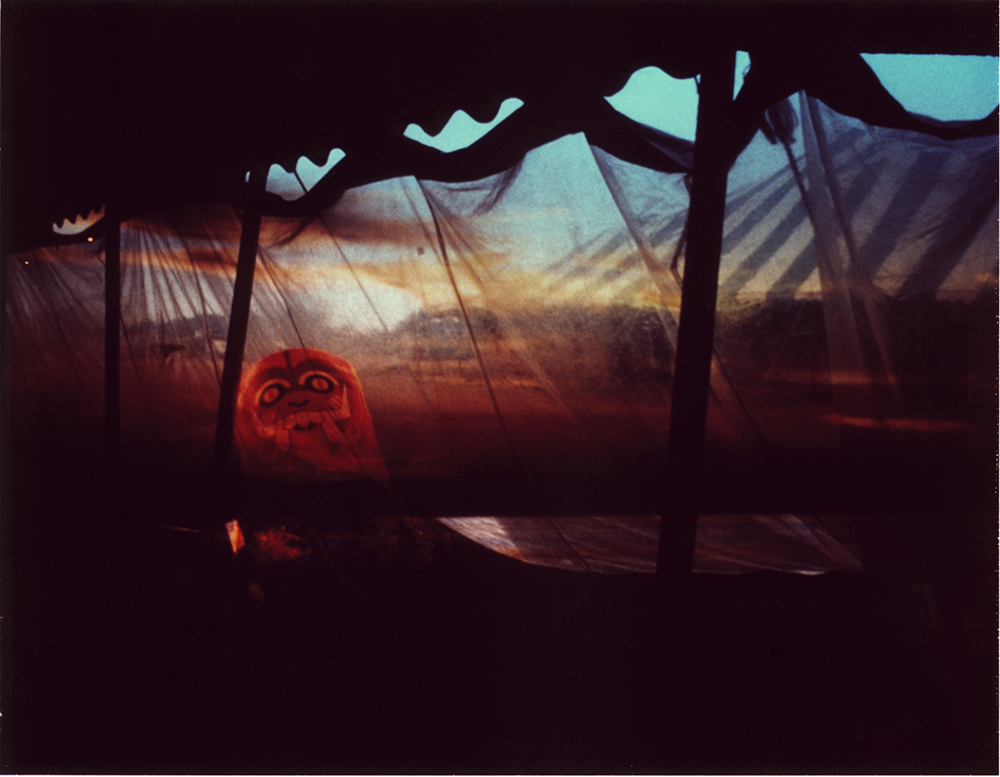 I first met Jay Hoops in the early 1990’s when I moved to Southampton, New York.  At that time we were two of the only photographers on Long Island who were using computers for fine art purposes.  By today’s standards it was very primitive, adding a simple effect took hours.

Jay came from a privileged background, her family lived in a large apartment in New York City on Park Avenue.  Her father was co-owner of Hawley & Hoops, a chocolate manufacturing company located in Soho which was eventually sold to Mars.  Her mother tried to make Jay into a socialite, but Jay was a bohemian.  She lived simply.  I don’t recall her ever wearing anything other than jeans and Oxford shirts.  She was very generous with her time and money, and helped many struggling artists. 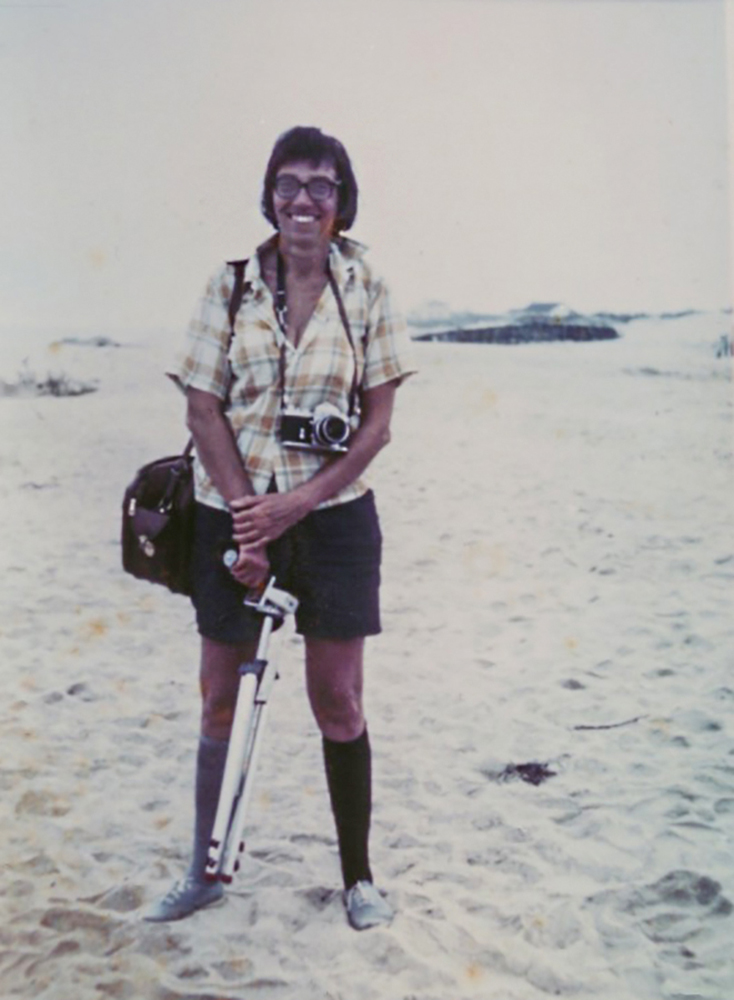 In her artist statement Jay said “My photography has been a lifelong process of trying to combine mostly harmonious, but sometimes discordant, images to create an intangible experience for the viewer.”  Jay learned from the best.  She was lucky enough to have studied with Minor White and other well known photographers.

I always loved Jay’s work. She was very talented.  When I first met her she must have been in her 70’s and I was impressed that she experimented as much as she did.  Back in the 1950’s and 60’s she was a commercial photographer but women had a hard time getting work, so she changed her name from Jane to Jay.  She told me that during the commercial years she had photographed aspiring model Grace Kelly, and bit actor James Dean before they became famous.  Long before I met her she had given up commercial work to pursue fine art photography and had moved from NYC to a modest house in Hampton Bays with her long time studio assistant Charlotte Jenkins.

Charlotte saw an article about me in the Southampton Press, and that’s how I met Jay.

Jay and I would get together once a week to share information and try to work out technical difficulties, which were many.  The biggest problem at that time was there was no way to make an archival print and it frustrated both of us.

Jay died in 2004, and gave her house to her caretaker who lived in a tiny cottage on the property. Unfortunately the caretaker demanded that the contents of Jay’s studio be removed right away so much was given away or thrown out.  When I found two large volumes of Polaroids in the dumpster I got permission from the estate executor to take them.

I don’t know what Jay had in mind, but I doubt that she ever thought of exhibiting the Polaroids. I recognized a few images that she used often, but never saw most of the other work.  Jay always had a camera with her and would go out to shoot in all kinds of weather, and sometimes even in the middle of the night.  She didn’t care much about exhibiting; she just loved to create.I can only guess that many of the images were from the Hamptons.

She made the mundane look beautiful.  One of my favorite images is of a stark light tower in the middle of a parking lot and the sky is on fire in the background.  There are other images shot in a parking lots as well, I am fond of a silhouette of a single tree after an ice storm at night.   It’s hard to say whether she manipulated these images or not. 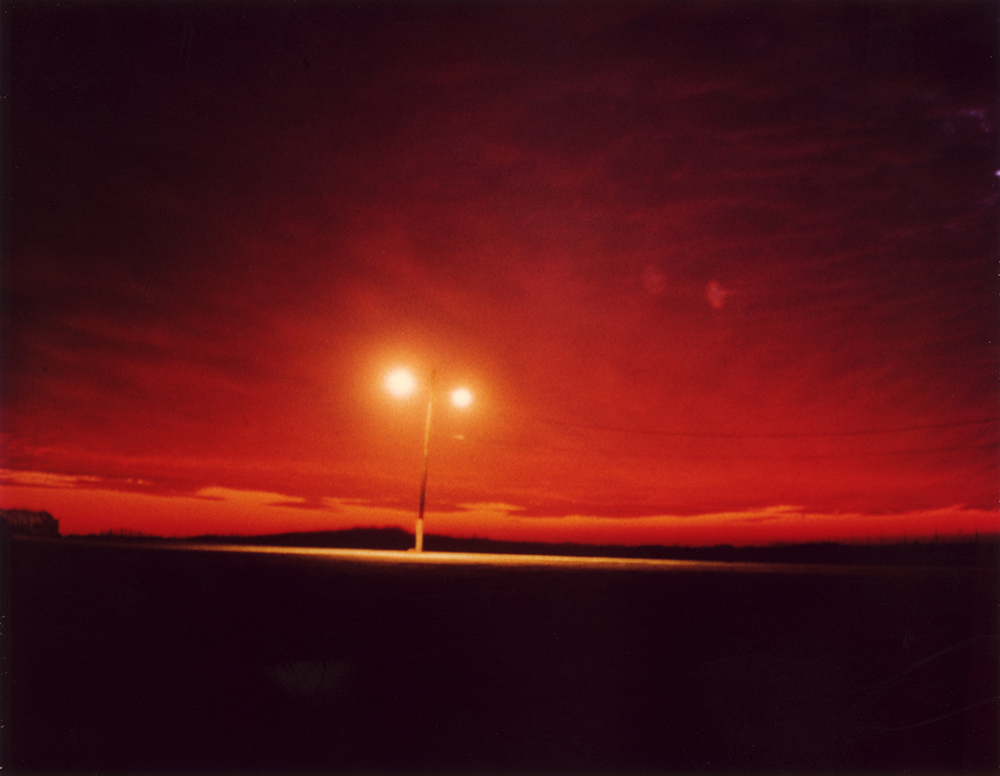 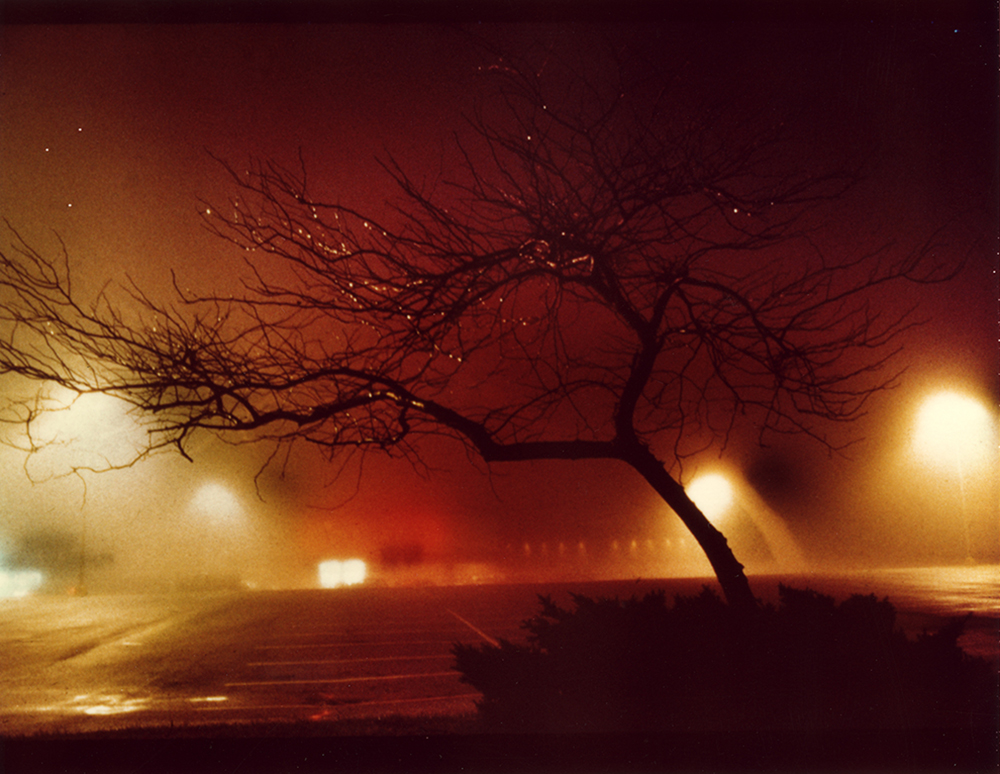 Trees were often her subject matter.  There’s a striking image of a tree in summer with a splash of golden light behind it.  There are also several very moody, ethereal landscapes. 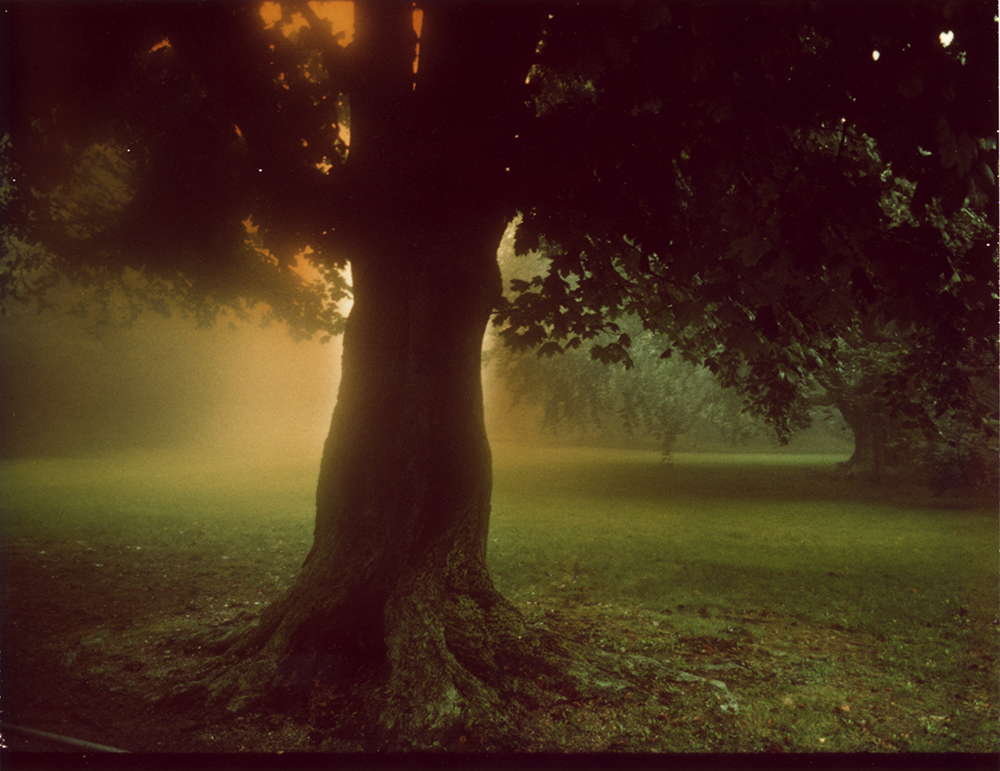 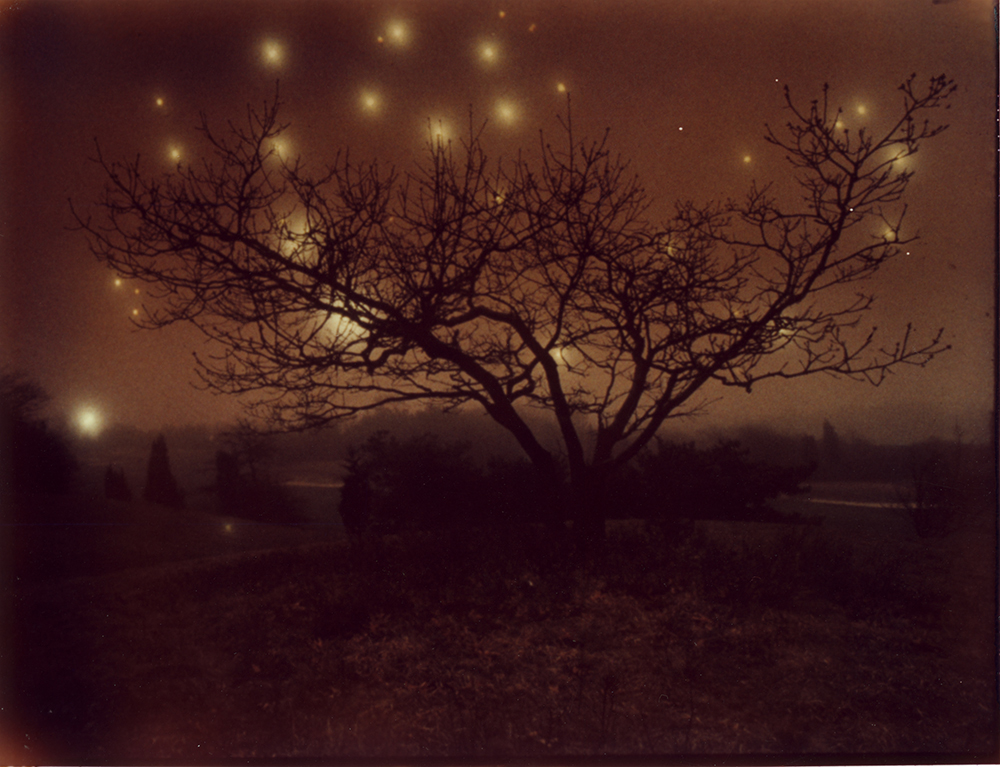 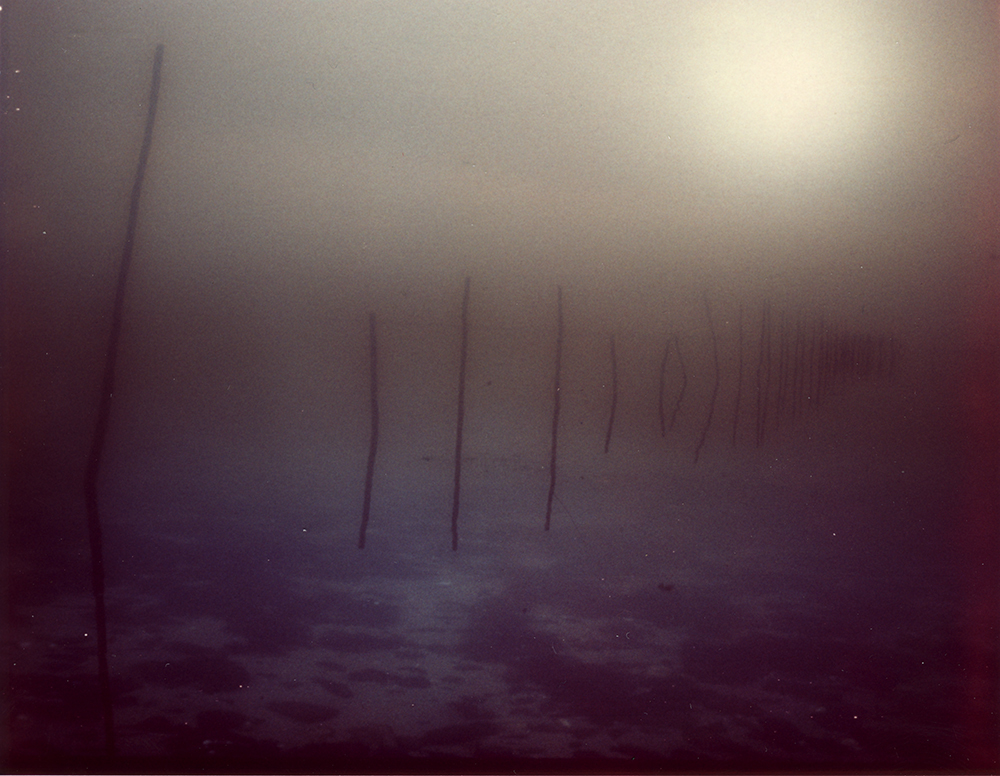 Some images are obviously double exposures such as a stylized silhouette of a horse placed in a wooded area, or people sitting at an outdoor concert with a single large bird placed in the sky. One of my favorites is the ghostly bust of a young man with a layer of NYC graffiti superimposed. 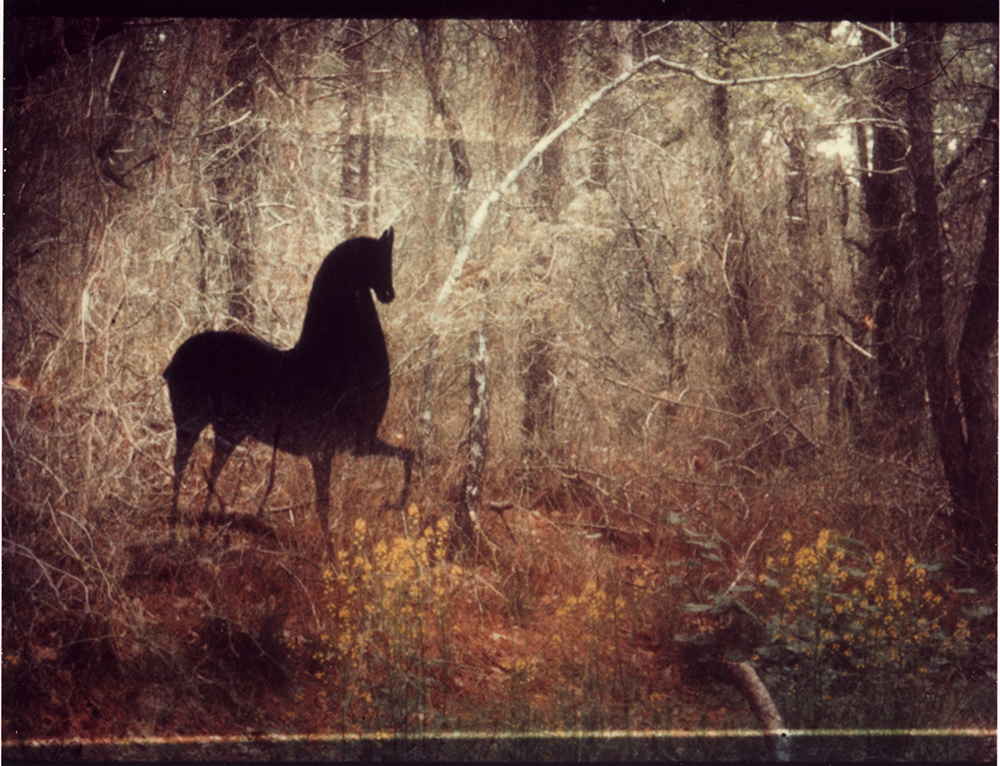 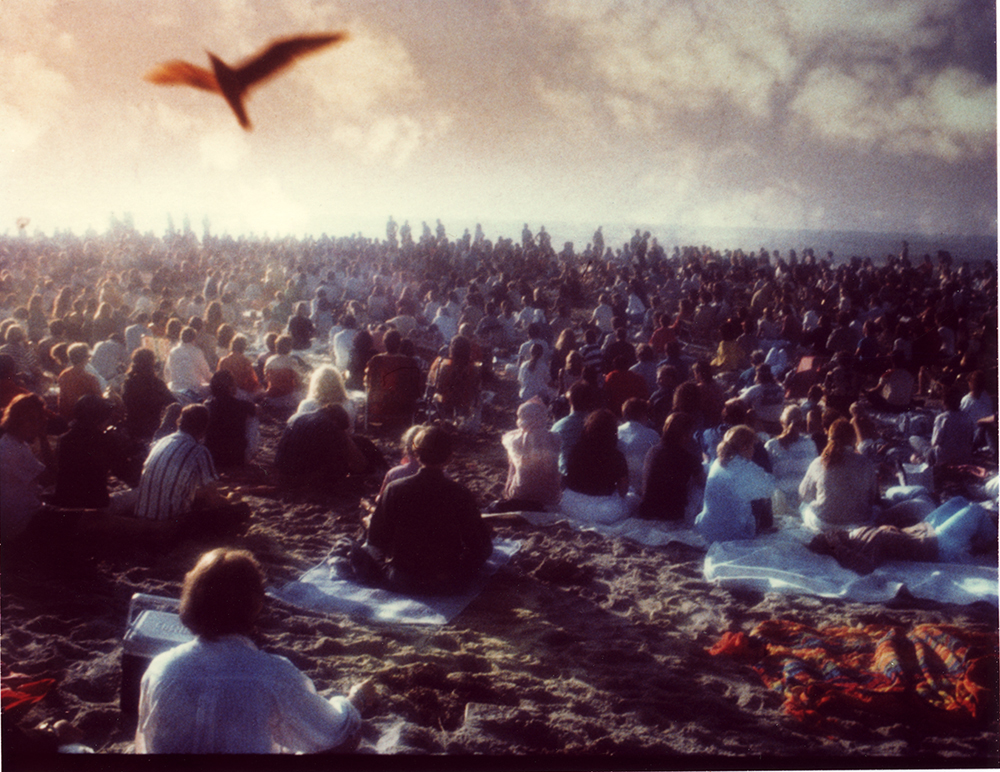 Most of the pictures were unknown to me, but once I saw them I became curious as to how she did them.  There was no information, none have titles, but some have numbers on the back. 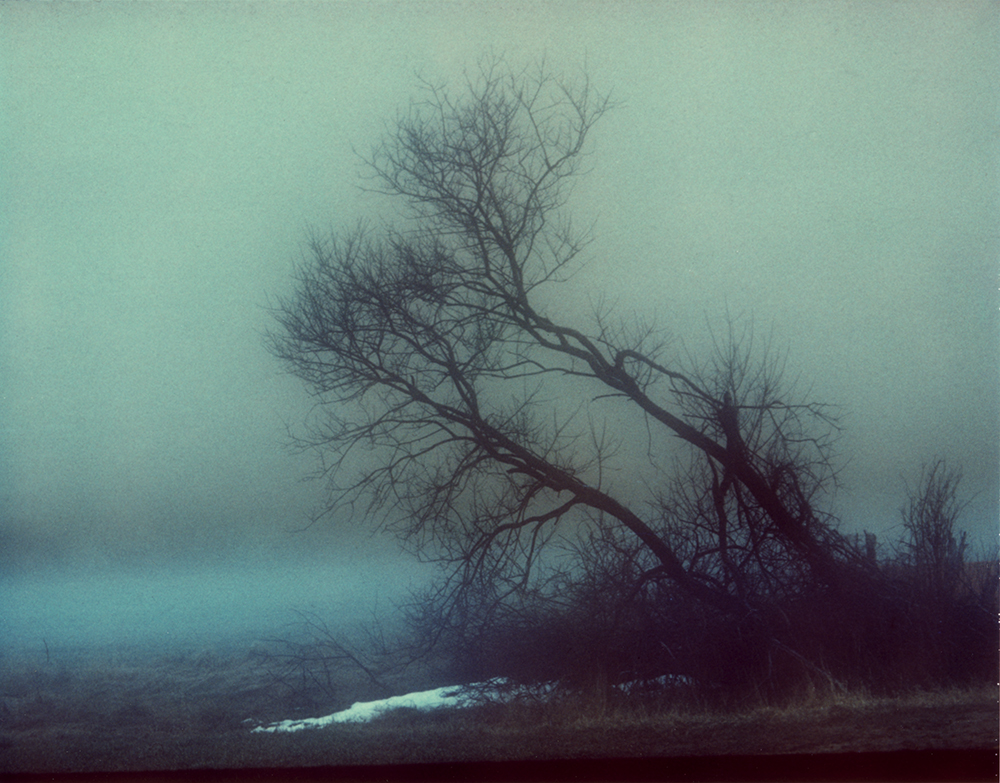 The Polaroids sat untouched for years in my studio.  I finally thought that I should try to get them out in the world if I could.  When Katherine Ryckman Siegwarth, who was Curator of Photography at the Dayton Art Institute came for a studio visit I showed her the Polaroids, and she was intrigued by them.  She thought that Jay took pictures of the images that were on her monitor, which makes sense and may solve the mystery of the multiple exposures.  I asked if it might be possible to exhibit the work and she introduced me to Tracy Longley Cook, faculty member and curator at the Stein Galleries at Wright State University.  Tracy came to see the images, and was also taken with them.  She offered an exhibition, and I enthusiastically accepted.  The exhibition was curated by Tracy and I and was part of Wright State’s FotoFocus Biennial entry.  The exhibition is available to travel. 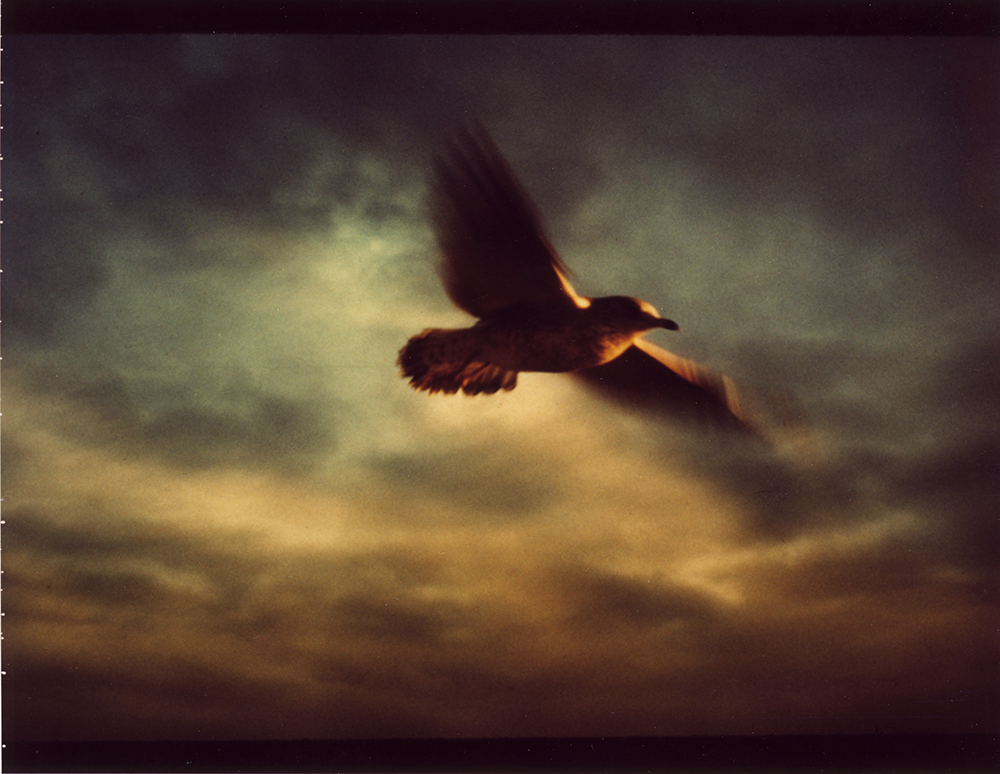 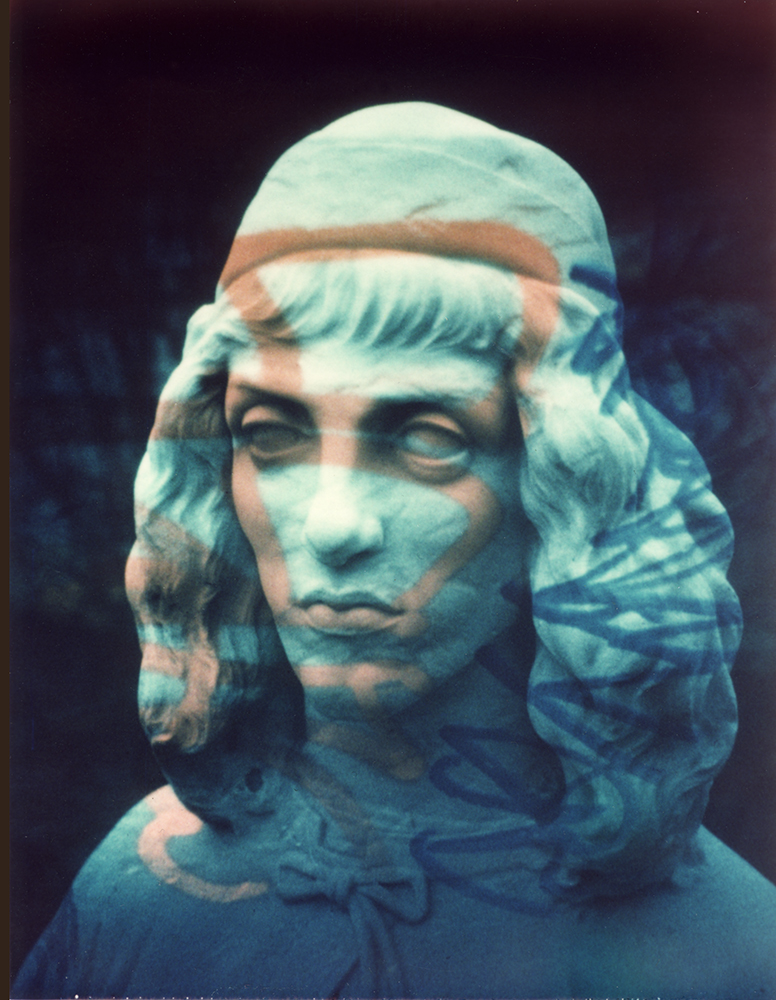 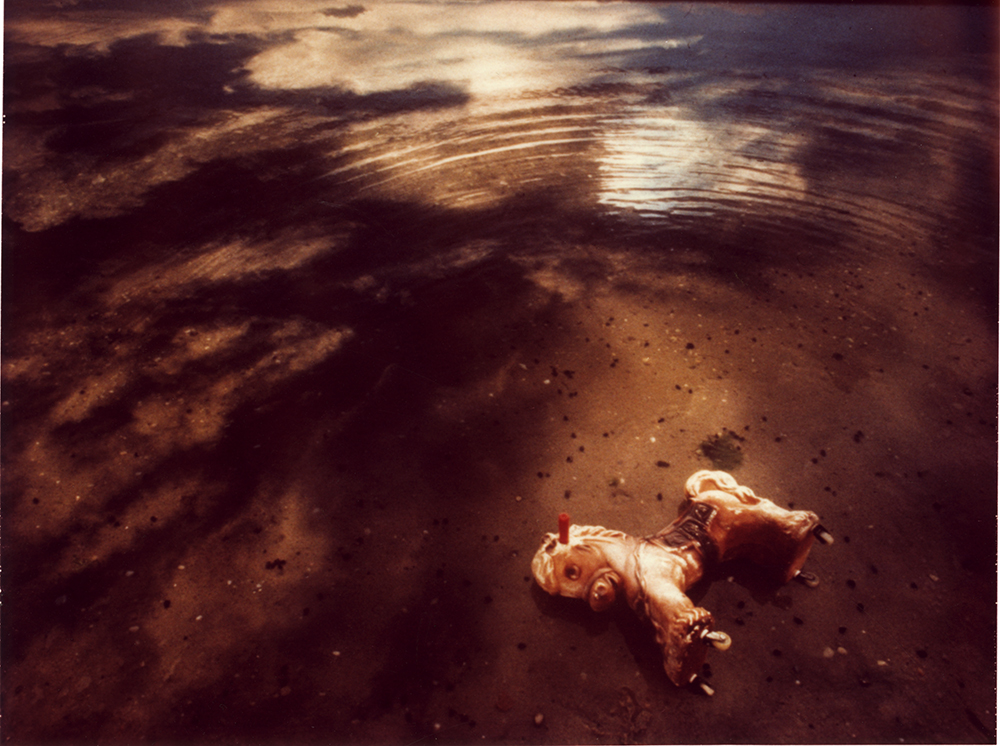 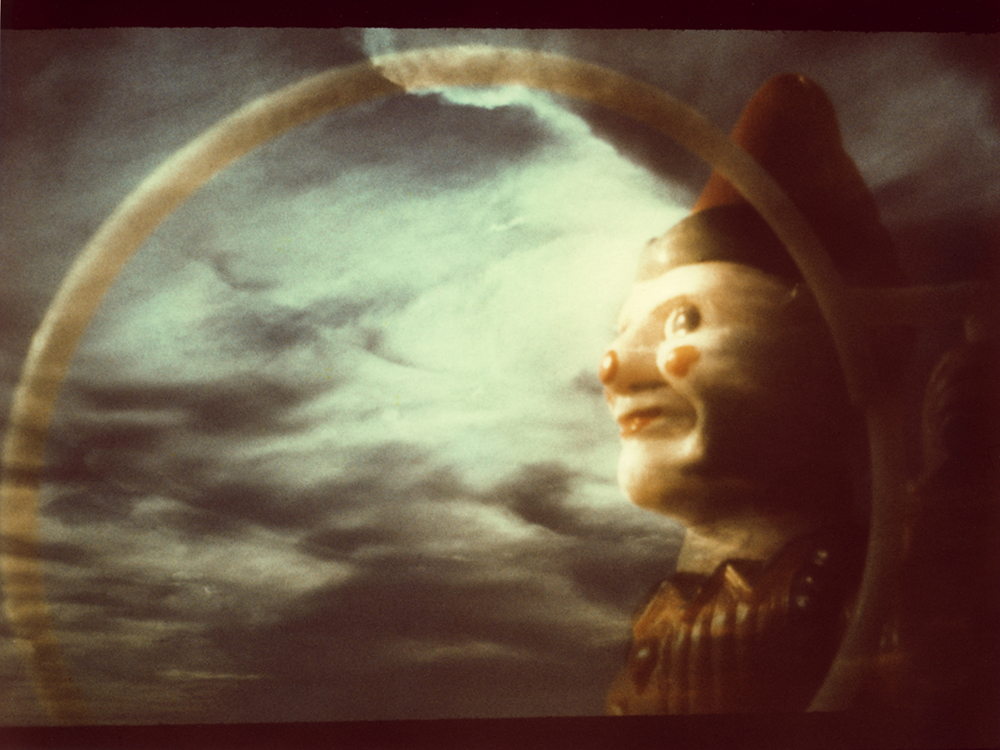 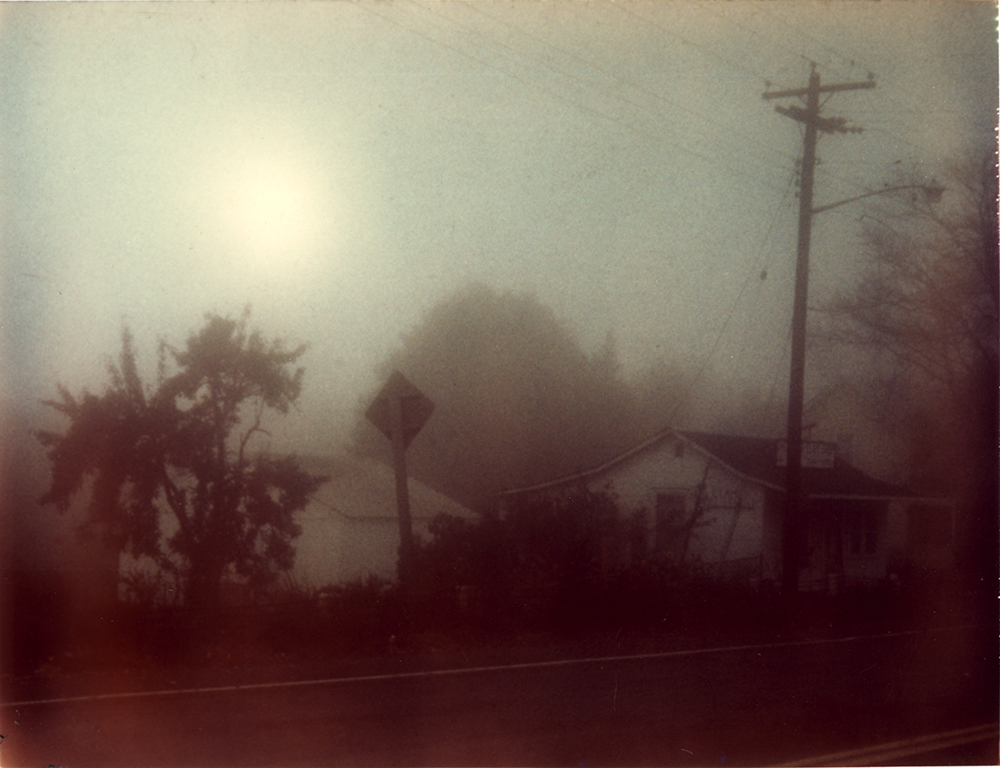 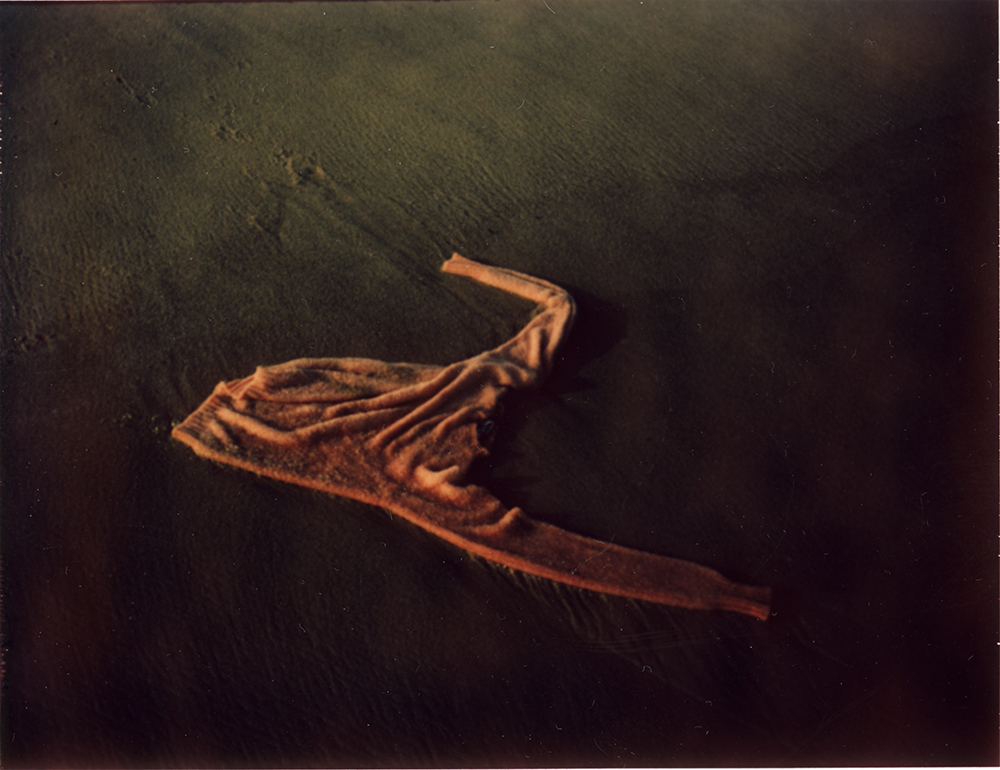 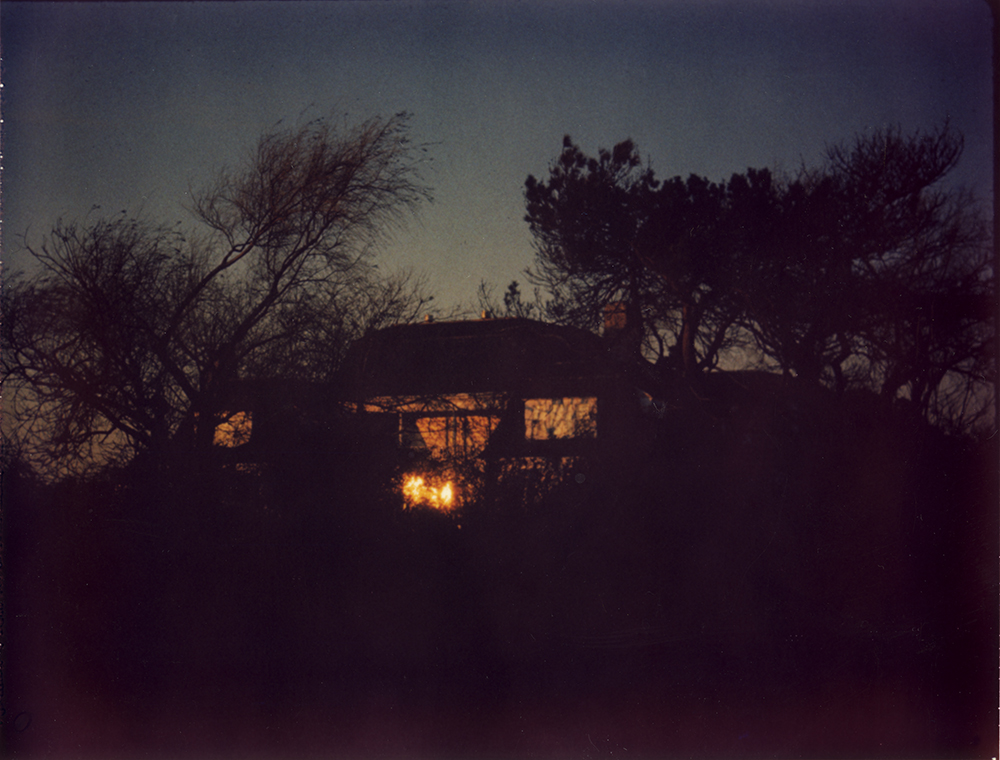 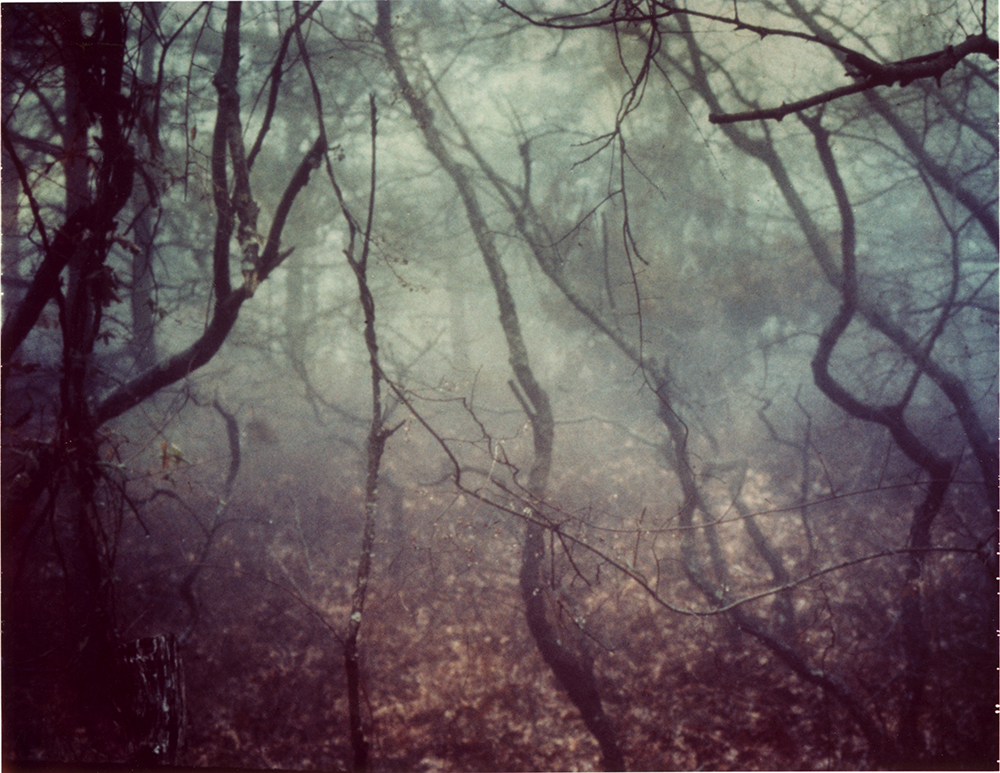 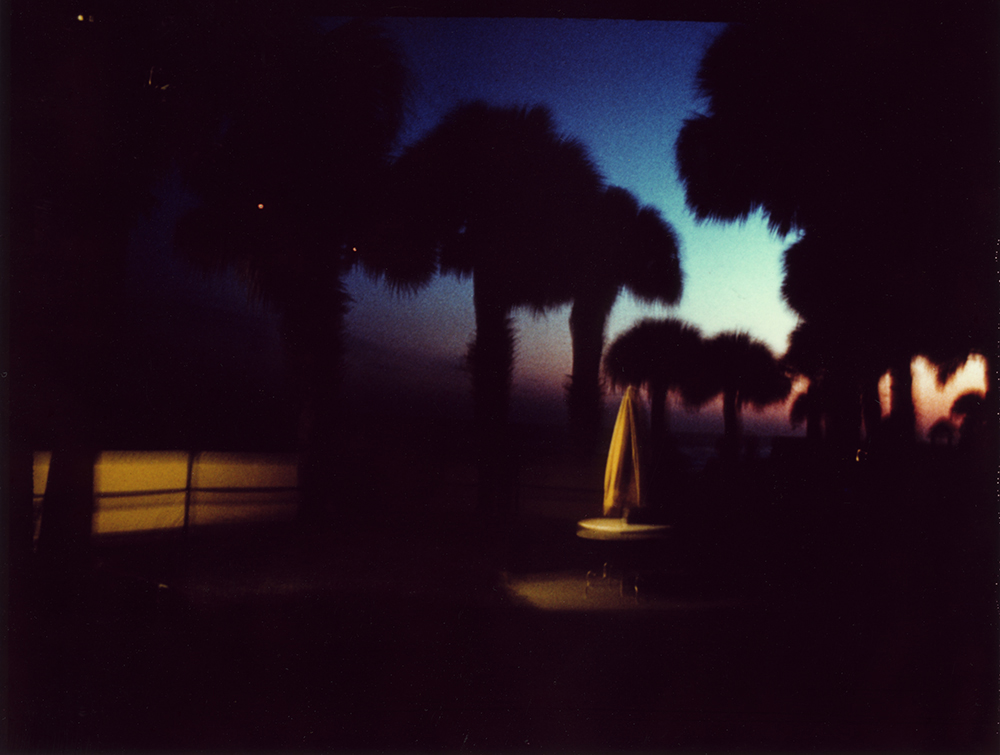 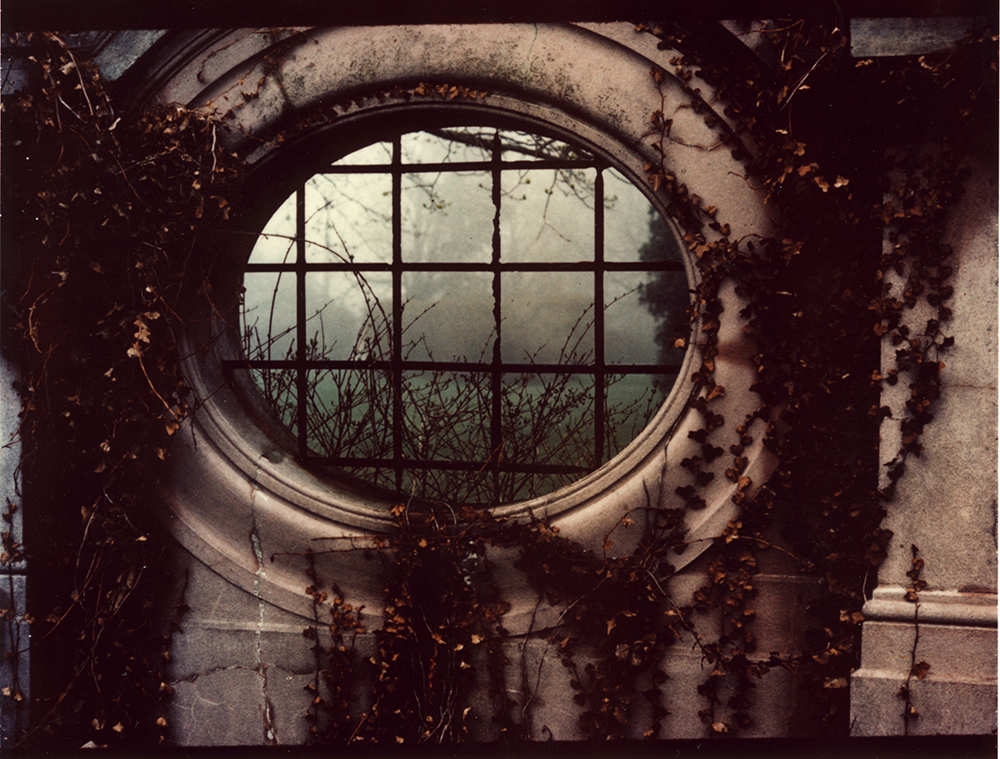 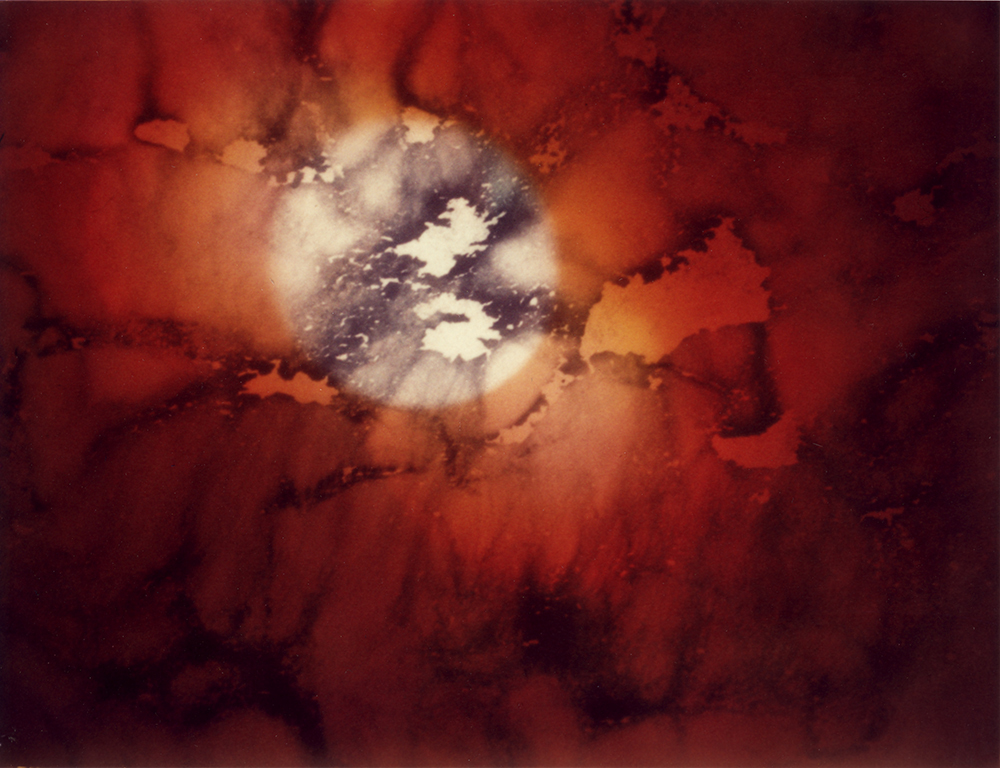 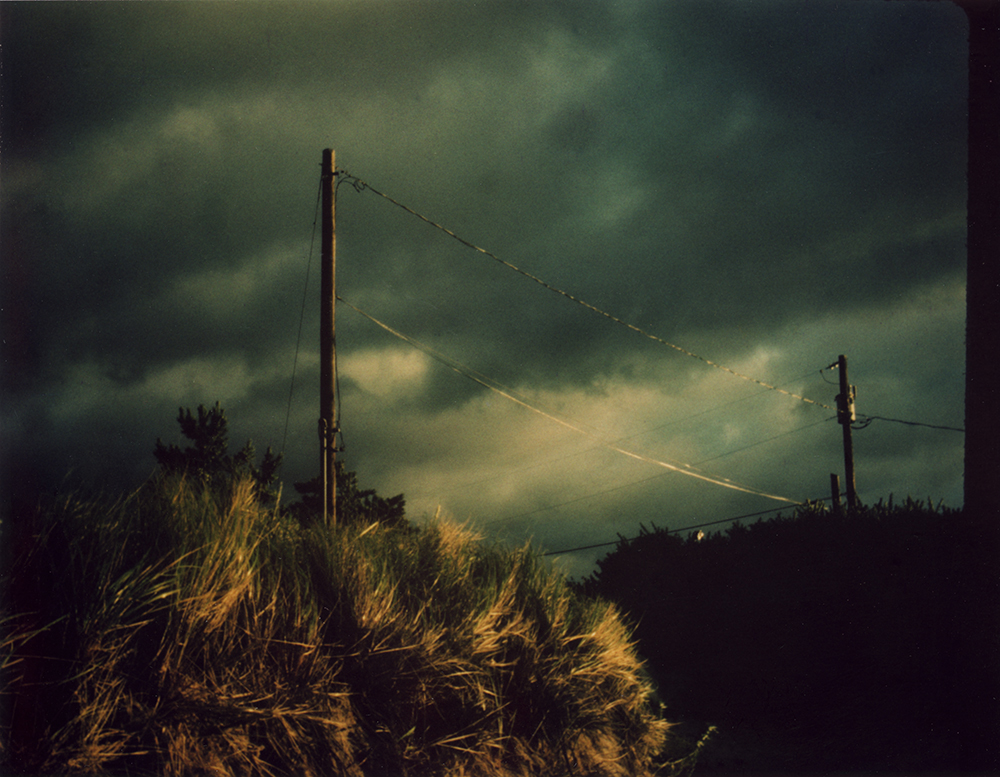 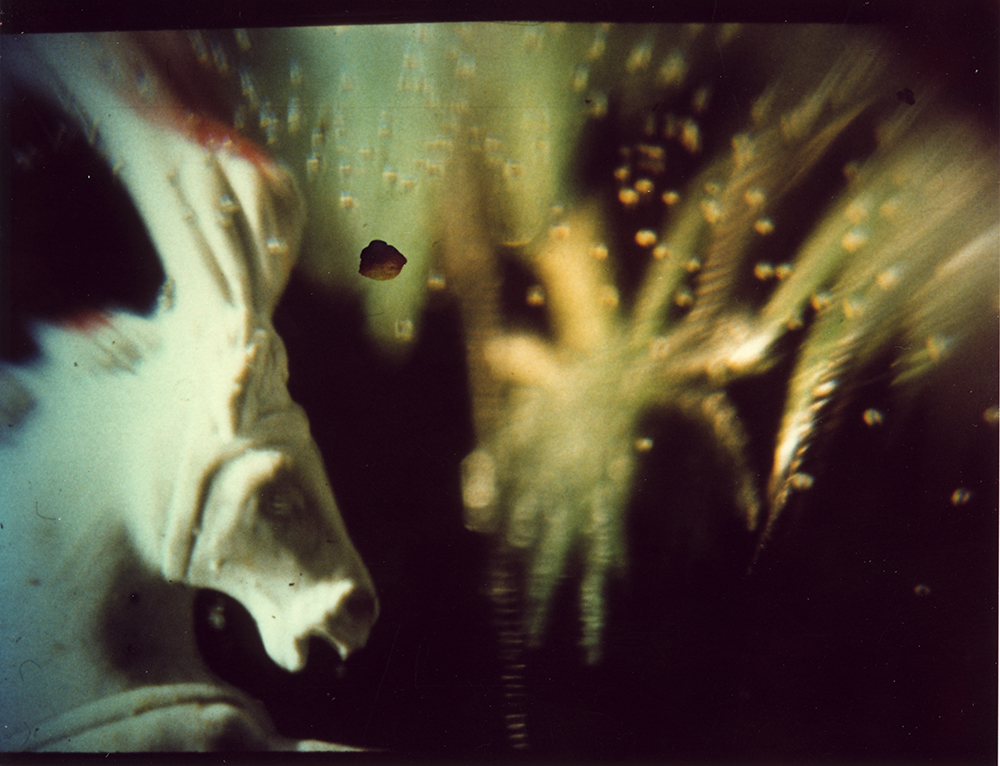