Lenscratch is offering up a new feature where we will explore the idea of success. Sometimes it’s monetary success, or a roster of exhibitions, but most importantly, it’s success in making the work and creating a photographic life that is rewarding and fulfilling. In celebration of Tom Chambers’ exhibition at Wallspace Gallery, we share his Success Story.

Long time friend and photographer extraordinaire, Tom Chambers, has recently opened a terrific show at Wallspace Gallery in Santa Barbara that runs through April 2, 2011. The official opening is on Thursday, March 10, and I will definitely be attending. The exhibition, Dreaming in Reverse, was featured on Lenscratch last year, and expresses “both my concern for cultural loss, as well as my appreciation for the inherent loveliness of Mexican life. Employing magic realism, an art genre used in the early twentieth century in Mexico, I have attempted to create images of Mexico which seem true and believable, but also perhaps improbable. These photomontages illustrate my dreams for the Mexican people that they are able to retain the authenticity of their culture.”

A Virginian photographer, Tom was born and raised on a farm in the Amish country of Lancaster, Pennsylvania. A fact that informs his sensitivity towards the natural world, and possibly allowed for an fantastic imagination. Tom received a B.F.A. from Ringling School of Art, Sarasota, Florida with an emphasis in graphic design and strong interest in photography. Tom still straddles the worlds of design and photography, but for the last decade has built an more than impressive portfolio of photomontage imagery, “sharing the intriguing unspoken stories which reflect his view of the world and elicit feelings in the viewer.” 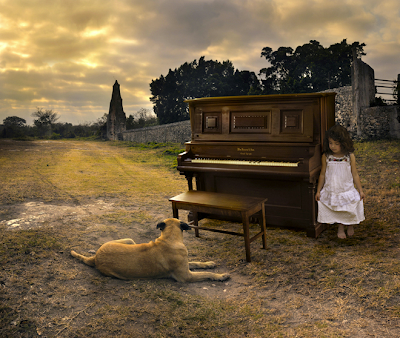 Tom, I don’t know how you do it all, having a family and working full time, but still manage to produce complex and amazing bodies of work. How do you juggle your time?

In an odd way, having a full time job frees me up emotionally and allows me to produce more, because I don’t have to worry about selling. I am able to enjoy the process of taking photos and creating photomontage without the pressure to sell. I am also at the stage in my life where we do not have children in the house, and I am able to devote nights and week-ends to the fun of creating. My wife is very supportive of my work, and we have enjoyed the new friends and travel opportunities afforded by my photography work. So, everyone is happy, and I am happy. 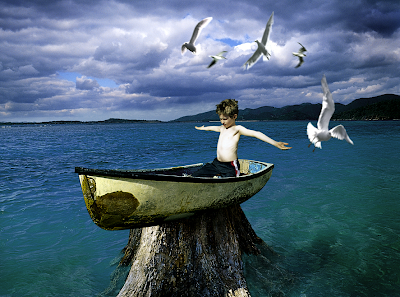 One thing that I have been struck by, is that you keep your nose down and make the work, and you don’t attend portfolio reviews or submit to a ton of competitions. What’s your thinking about self promotion and getting you work in front of a number of people in the know?

Honestly, I have not had the time or money to do reviews. When considering competitions, I try to anticipate the pay off, in particular the possible exposure. My connection with Photo-Eye has been very helpful exposure through their very high profile website. Perhaps the best form of promotion does not come through self- promotion, but by finding someone who believes in your work. 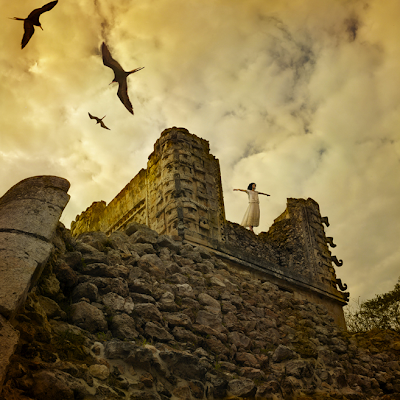 I am very grateful to the folks at Photo-Eye who took a chance on me and brought my work to Art Fairs. Since then other galleries have done the same over the years. Art Fairs in Miami, New York, Chicago, and LA have been very successful for me in terms of exposure and sales. 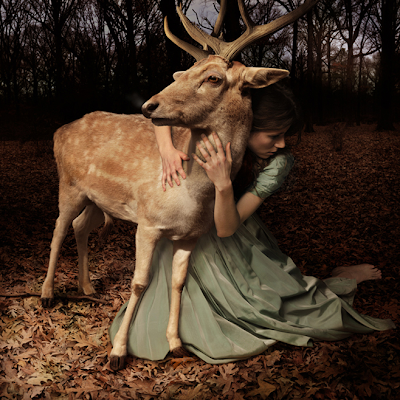 While I have enjoyed new contacts and friends made through Facebook, and I have used http://www.facebook.com/tom.chambers.photography (see I am promoting myself now!) to promote my work, I also see the downside of Facebook which can be a time suck. How many of us have been on Facebook and before we know it, two hours have passed?? Tweet? I wouldn’t know a Tweet if I saw one. Text? Ditto. Im still trying to figure out my cell phone. 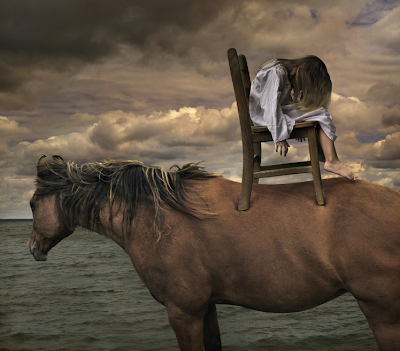 Be yourself. Figure out what excites you and trust your gut. Stay with the direction that means the most to you. I have followed my own advice and have derived great satisfaction! 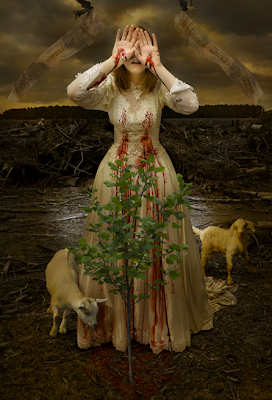 Do you ever have periods of self doubt and feel creatively unmotivated? And if so, how do you deal with that–I know you are in a creative field in your day job, so that’s a lot of energy to put forth.

My self-doubt comes from the thought that I will have a void of creative ideas. To remedy that while working on a series, I experiment with new ideas. Currently, I am working on a series about light, but at the same time I have some thoughts about taking a totally new direction. Studying other fine artists, both painters and photographers, as well as reading literature, and listening to music, I find inspiration for new directions. Travel also feeds my soul, and I am looking forward to spending some time on the Left Coast very soon and seeing what I discover. 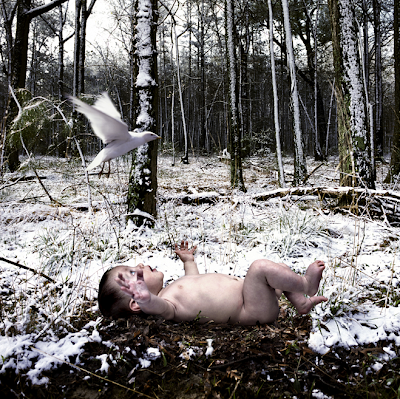 Is there an artist or photographer that has influenced you or your work?

I have been very influenced artists and writers who use magic realism for expressing ideas. The Ex Votos series and Dreaming in Reverse contain shades of Cormac McCarthy and other magic realists. Andrew Wyeth’s expression of emotionality through his use of color and texture in his landscapes, all reflective of my growing up in southern Pennsylvania, highly influenced the Entropic Kingdom series. Ancient Rajput art and the legend of Chetak influenced the Marwari series. Studying other artists is a great means to figuring out a meaningful unique form of self-expression. 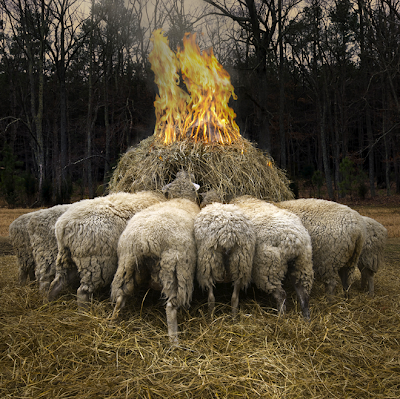 For me the perfect day of photography would include having all aspects of a photo-shoot lined up so that I could gather all the images needed as elements of a photomontage. After a successful shoot, I would relish sitting down to and diving into the process of montage work while listening to my favorite new CD. Although things don’t always play out this way, I am an optimist and can dream! 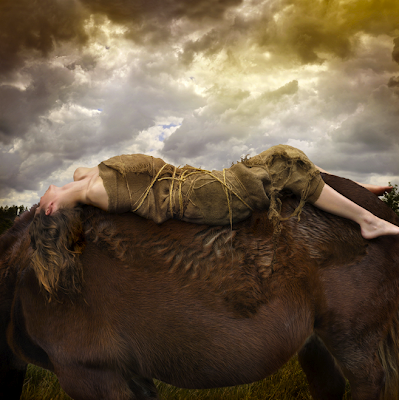