Interview with Cig Harvey: YOU Look At ME Like An EMERGENCY by Aline SmithsonJune 15, 2012 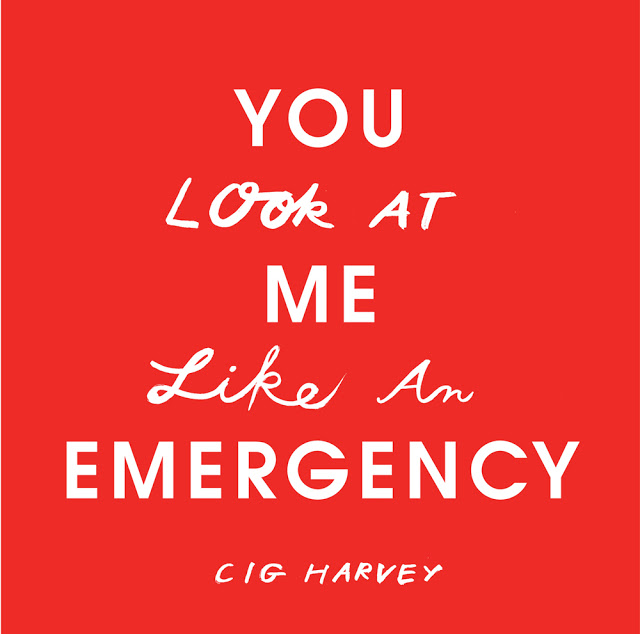 Sometimes you come across work you fall in love with, work that resonates with you in such a deep way, and you begin seeing the world through the lens and point of view of a great image maker.  I have been a fan of Cig Harvey’s photographs from the moment I encountered her way of seeing.  Cig is a visual painter, creating images that shimmer with color and gesture, that have the punctuation and staccato of red berries, purple finger nails, or a field of fireflies at night.  She speaks to memory, to moments, to quiet and beauty, and never loses her connection to the natural world.  Her work is a sensory experience, where you feel what she feels when she captured the dapple of summer sunlight on skin or the splash of water that is a color only our memories seem to hold. 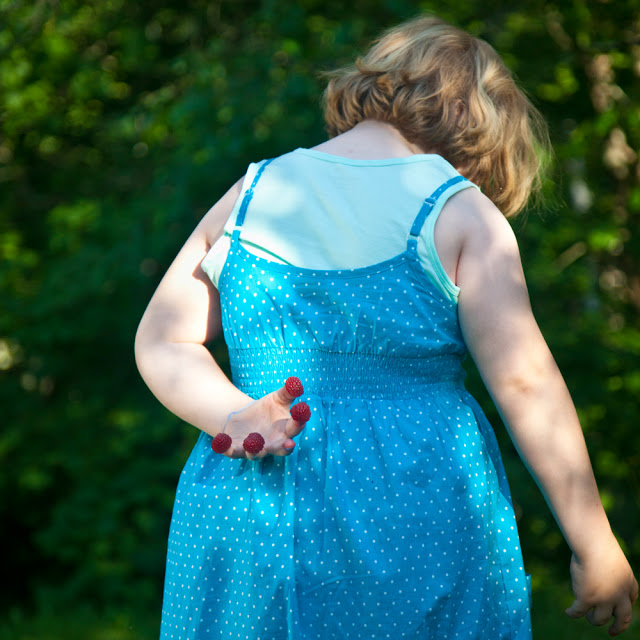 Cig recently moved to Maine where she lives with husband and baby.  She works as an editorial and fine art photographer and her work has been exhibited widely and is in the permanent collections of many major museums.  She was a recent finalist for the prestigious BMW Prize at Paris Photo and recently had her first solo museum show at The Stenersen Museum in Oslo, Norway. 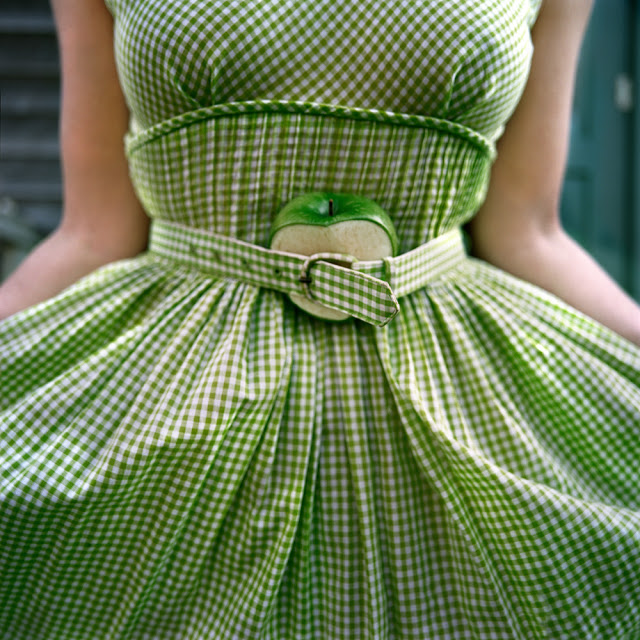 Tell us about the name “Cig“….

Well it’s nickname that stuck from childhood. My sister’s a Tig and my niece a Syd. I ruined it by naming our daughter Scout. 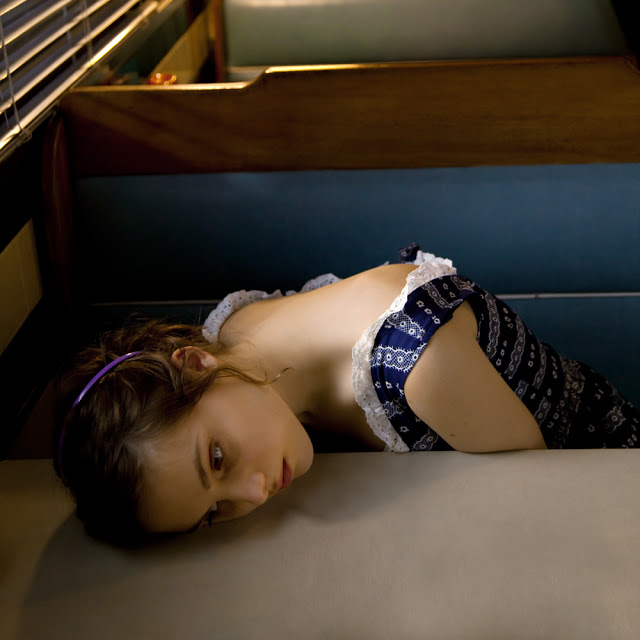 Let’s start at the beginning.  Where are you from and when did come to the states?

I’m originally from the UK: The magical county of Devon in the South West. I arrived in the States in 1999 via a circuitous route of a number of years living in Barcelona and then Bermuda. 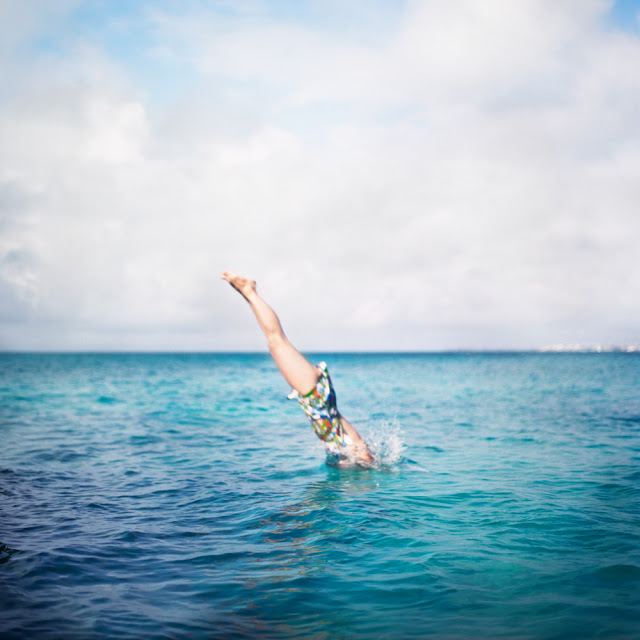 What drew you to photography?

I was hooked at a really young age. The British broad sheet The Independent, used to run these wonderful twelve page portfolios in their magazine section on Sundays. I became mesmerized with using imagery as a way of telling stories and so at thirteen I started working at a community darkroom and from there one thing led to another. I have been very single minded with how I want to live my life. Make pictures and create an environment that brings me a sense of happiness. 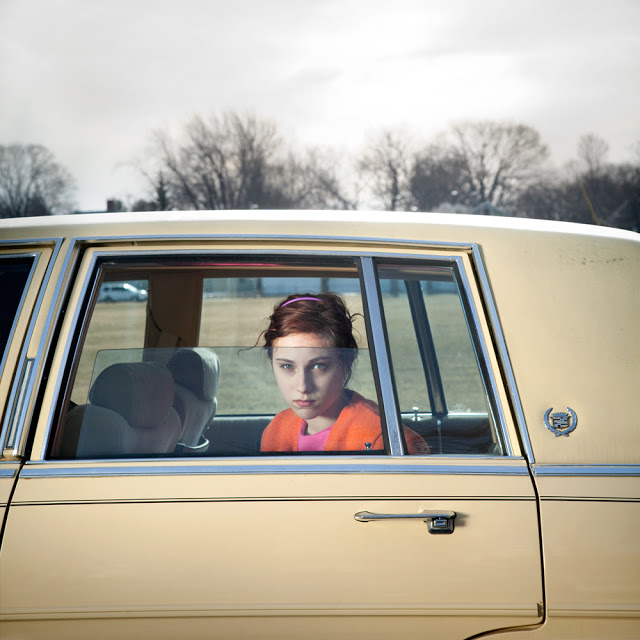 What inspired your unique way of working–your exploration of self-portraiture, color, and emotion?


Story telling has always been the primary inspiration for my pictures. I am big into the discipline of art and try to always make work even when I don’t feel like it. I put my secrets, hopes and concerns in my work. The subject matter and formal concerns of color, light and frame has always been the device to get to the story itself. I want my photographs to be a jolt.  They explore a magic in the world while having one foot very much placed in reality. 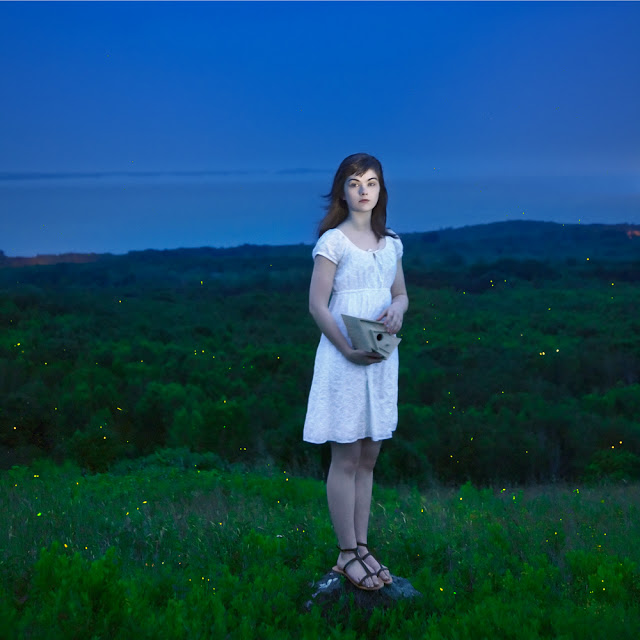 I think most photographers dream of seeing their work made permanent in book form. I adore books. Covet them, smell them and spend all my money on them. Subsequently I learnt how to bind and have taught classes in Visual Books, both form and content, for the past 10 years. 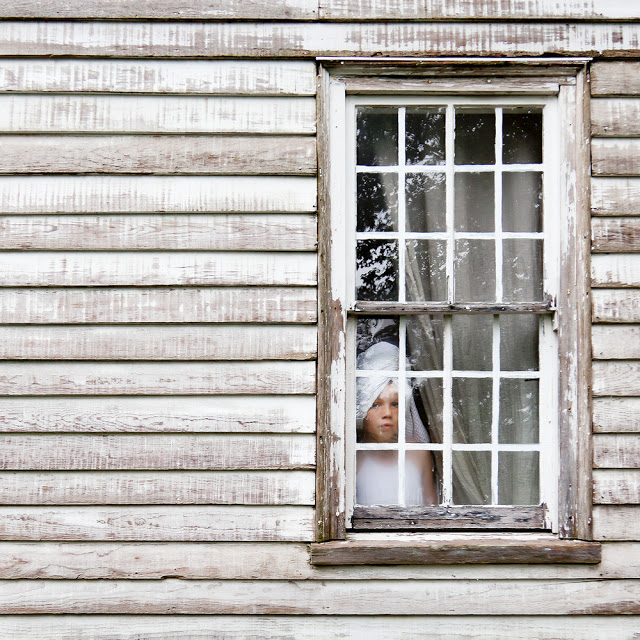 The presentation works so perfectly with the story and the images, tell us about combining text and imagery is such a creative way…

Thanks Aline! Emergency went through many iterations over a period of about 4 years before it became the book that finally got published. I worked with a great designer, Deb Wood, and she really understood me. I‘m proud of myself for being tenacious in wanting both the text and images to appear together as it would have been easier to publish a straight photo book. I think both the images and text together bring something different to the table that hopefully add up to more than the sum of their parts. 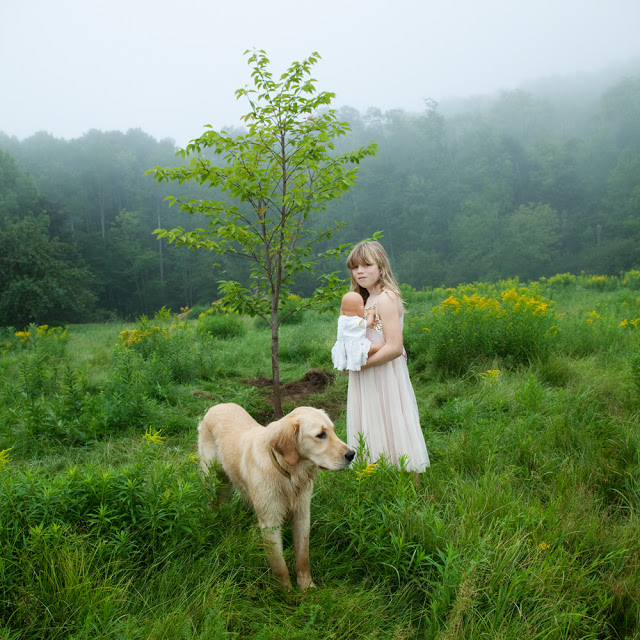 How does it feel to have your images and thoughts wrapped up in a big red bow?

Well the red cover was a last minute switch while on press in Germany. But it was a fortuitous one. I love it. Maarten Schilt of Schilt Publishing was the one who encouraged it and he was totally right. As someone who has bought books many times for their cover, I’m pretty sure I would buy this one;) 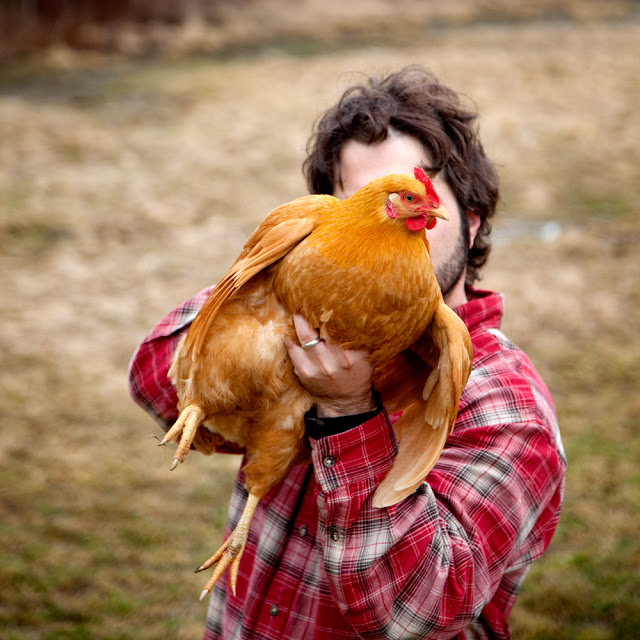 Am I correct in thinking that you are moving away from being in front of the lens?


I moved away from being in front of the lens about seven years ago, I’ve only made a couple of self portraits since then. The work before that was about the past and I chose to tell those stories through metaphor and symbol in a constructed way with myself as the subject. But the pictures were never really about me, which is why I hid my face. The story is very universal, a quest for personal identity and home. I have always been interested in what is timeless and universal in a portrait. In 2005 I started making work about the present and no longer needed to reconstruct, just have my camera present. 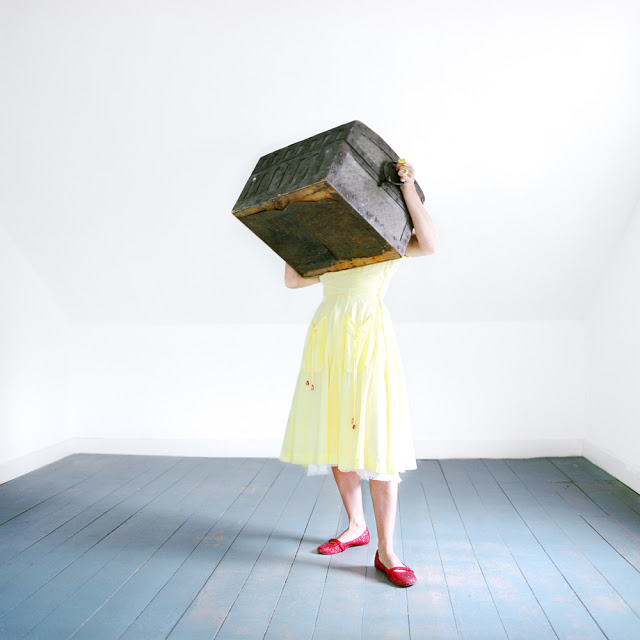 What equipment do you use, and are you still shooting film?

I shoot both film and digital depending on my mood and the shoot itself.I use either a Hasselblad 503 or a Canon 5D Mark II  After living and teaching in Boston, why the move to Maine? Maine was the first place I moved to in the states in 1999. I love cities but seem to be able to only make my work in rural places, where there is physical space to think and make.  I taught for 10 years as an Assistant Professor at The Art Institute of Boston but would always come back to Maine to make work. In 2005 I met my husband in Maine and a few years later, we bought an old falling down farmhouse and traveled back and forth between Boston and Maine for years. It was an agonizing decision to leave AIB. I love that school and loved teaching fulltime; it was so much a part of my identity, but my life shifted when I had a baby in 2011 and something had to give. 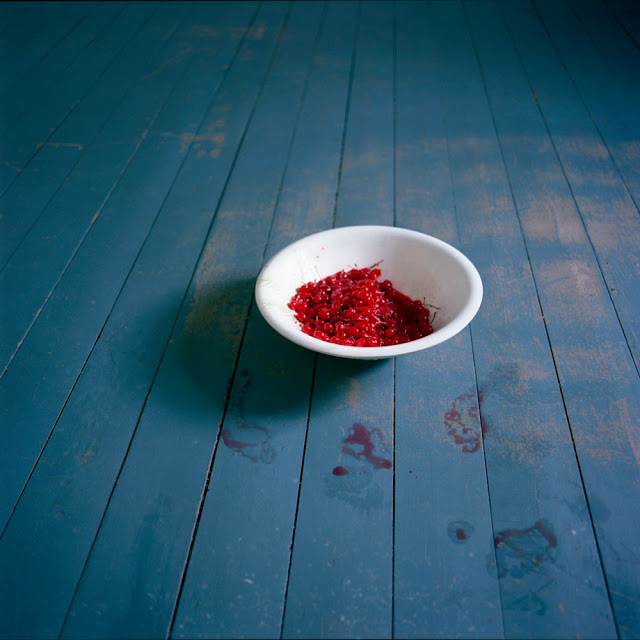 What advice can you give emerging photographers?

I’m not sure I’m in any place to give advice but if I could it would be this: Find a way to make the work first and foremost. Do whatever you can to have that as a priority. Deal with the marketing and promoting of it after it has been made and you’re proud of it and you feel you couldn’t have worked harder. That way you can take it on the chin and still love it when it is not one critic’s cup of tea, you know? 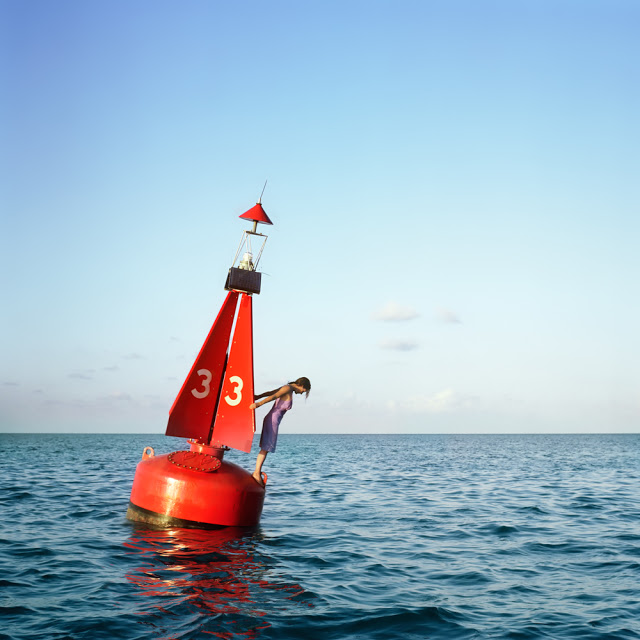 What event took your work to the next level?

Moving to Maine and joining Maine Media Workshops. Under great direction, it gave me the time and space to make constantly and through that effort I found my voice. In terms of exposure after the work was made then Darren Ching and Anthony La Sala with the PDN 30 list and the annual Santa Fe Review was an enormous influence in 2005 and 2006 respectively. 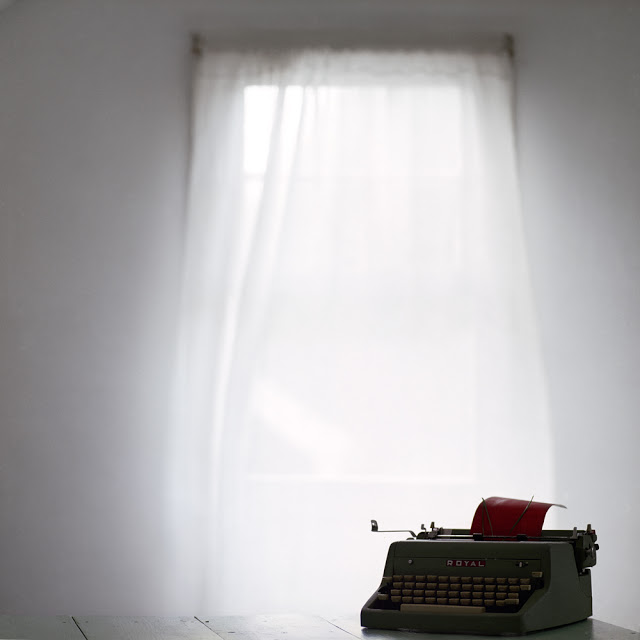 What’s next on the horizon?

Well I am hard at work creating a new project that hopefully will become a book one day. The series is called Night Gardening; it is an exploration into the wonder and fear brought about by becoming a mother. 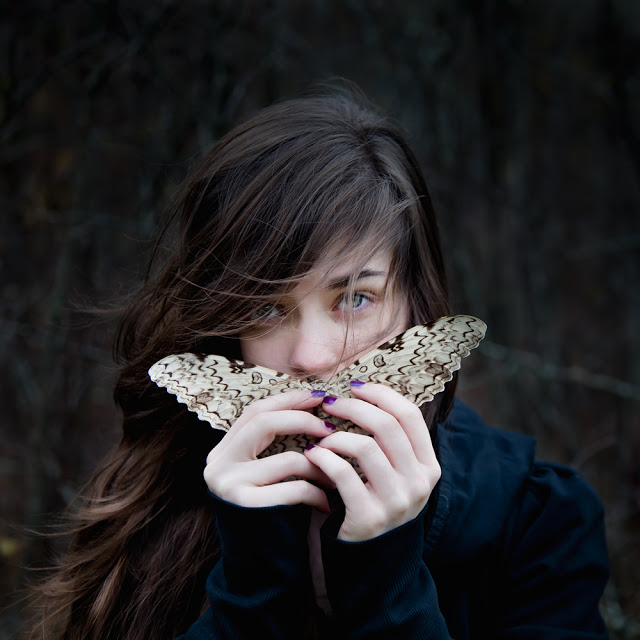 Has being a mother changed the way you see the world?

It’s heightened how I view the world. I am on fire with making right now. I’ve always been concerned with and photographed, fragility, love and fear: Three emotions that seem to burgeon when you become a parent. 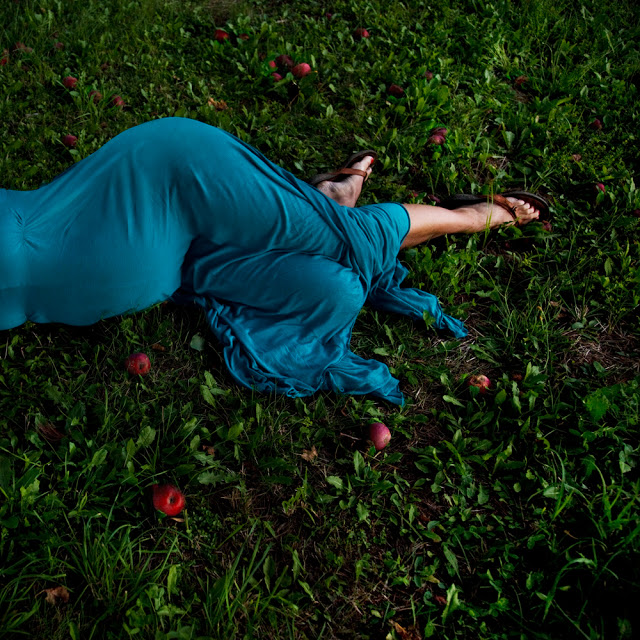 It’s a day I try to have as much as possible. I like a simple life so my often times my goals are attainable. It begins with Morning Times, which in our house now means get the baby and then everyone goes back to bed, singing a few songs with a cup of coffee or tea or milk respectively. Then downstairs for poached eggs on toast while listening to NPR and writing a mellow to-do list that involves some gardening, making a stew, smelling and reading some books, singing more songs, walking Scarlet my dog (the original baby) and shooting some idea that has been percolating in my mind. The test is whether by the end of the day all those things have actually happened. 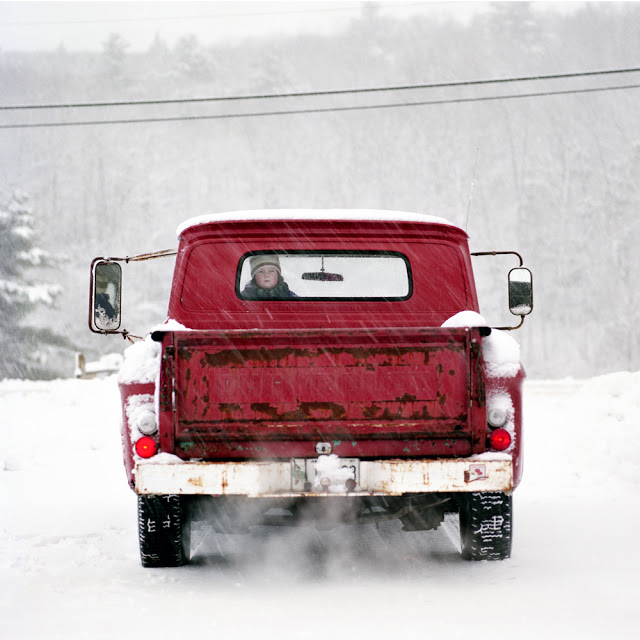 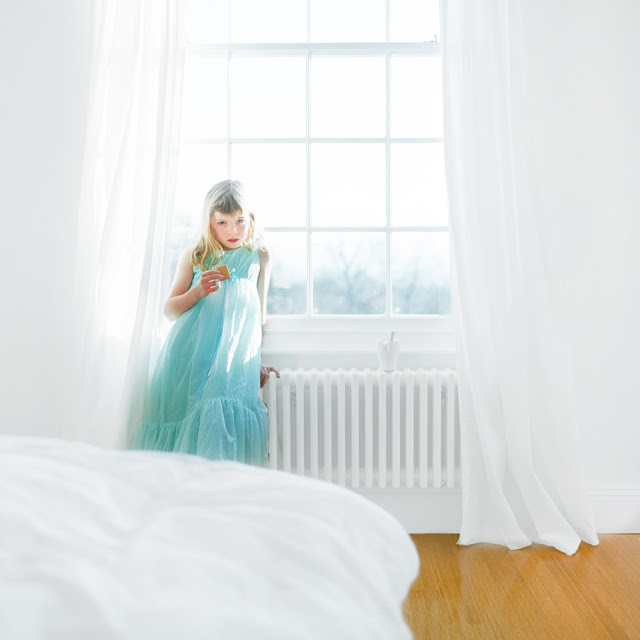 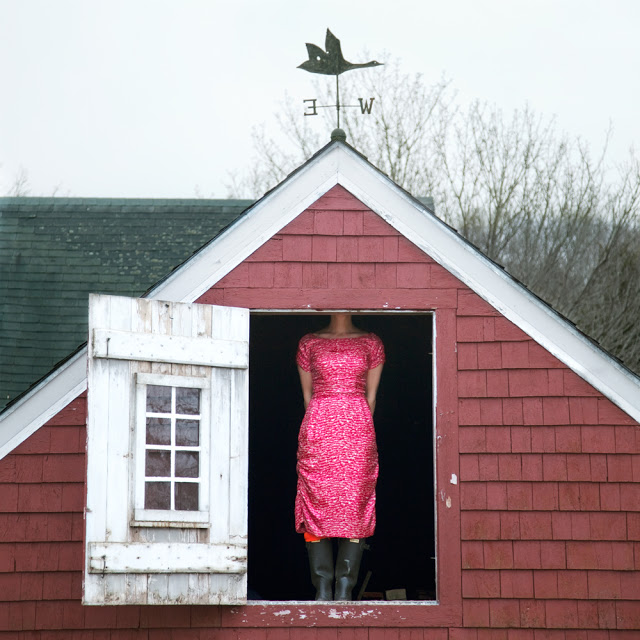 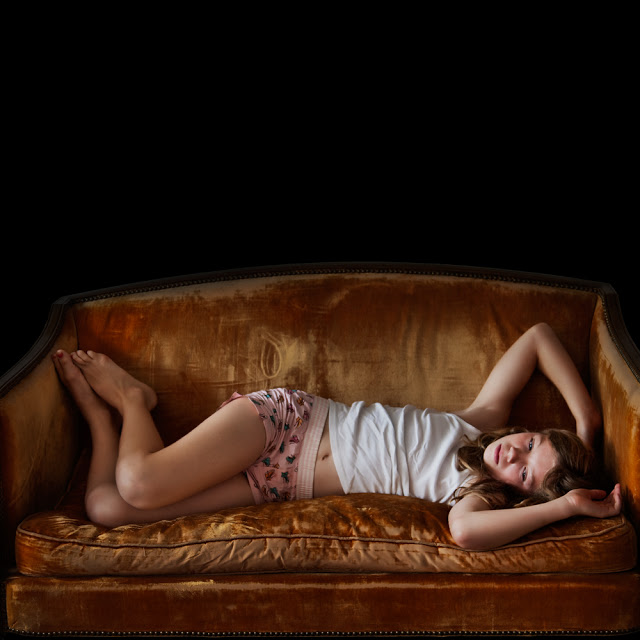 NEXT | Underage: Young Photographers >
< Susan Barnett: Not In Your Face | PREV