Scott B. Davis: Success Stories and the Medium Festival of Photography by Aline SmithsonJuly 18, 2012 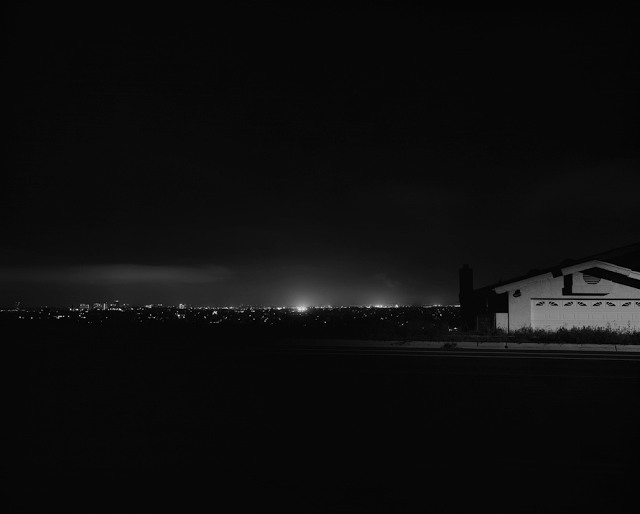 When you think about busy people, Scott B. Davis is surely at the top of that list.  Scott recently opened an exhibition, Black Sun, at Hous Projects in New York (running through September 1st), works full time at the Museum of Photographic Arts in San Diego as the Director of Exhibitions and Design, has created a brand spanking new photography festival, the Medium Festival of Photography that launches September 6-8th, and just closed on a new home.  And those are just the big things.

Born in Maryland, Scott received his BFA in Photography from the University of New Mexico, Albuquerque.  The son of a private pilot, Scott developed ideas about landscape at an early age.  He began using a view camera in 1994 and photographing the desert at night in 1997.  These aesthetic approaches to making work allow him to define space in a contemplative way where he is diminishing the traditional landscape in favor of highlighting human presence within the landscape. He believes that no single truth exists about landscape, and the most honest photographs equally consider light, dark, human and natural elements.

In 2002, Scott built a 16×20″ view camera, used it exclusively for 5 years and created large platinum prints. He recently has returned to an 8×10 view camera and continues to work in platinum.  Scott has exhibited internationally, is widely published, and his work is held in many significant collections.

An interview with Scott follows… 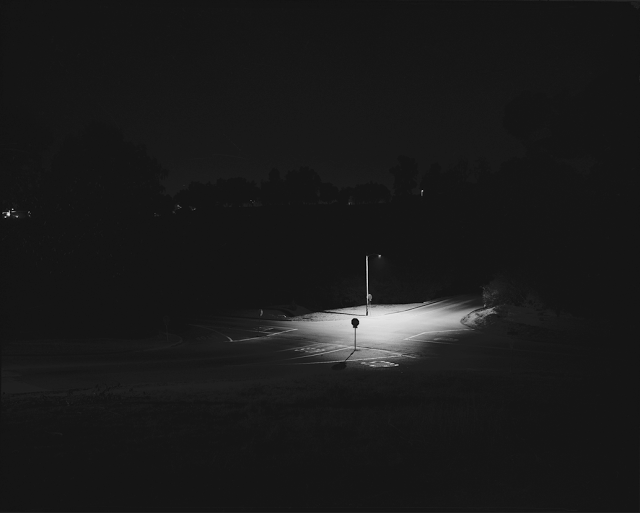 Congratulations on the exhibition at Hous Projects in New York City.  I love the idea of making imagery that you almost have to squint to understand completely.  What compels you to shoot in the dark?

making photographs at night came out of a desire to discover new landscapes and engage fully in the act of looking. i frequently travel in remote parts of the desert, and revel in the simply joy of seeing new spaces. but like most of us, i spend the majority of my hours at home. it’s in this realm that i keep my eyes engaged by shooting what i know, and what we all live with day in and day out. shooting in the dark is a kind of compulsion… something that boils down to a simple desire to discover new landscapes. 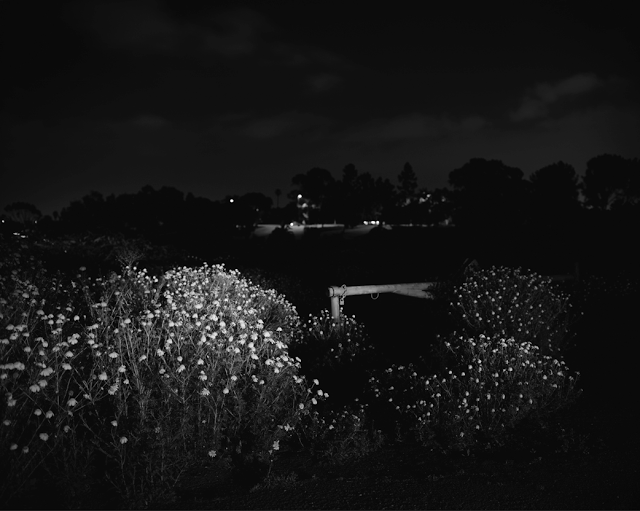 I understand that you built a 16×20 view camera in 2002–is that what you use exclusively to make work?

i used the 16×20 camera exclusively from 2002 until about 2007. as film prices started to climb and i wanted to keep exploring new visual territory it made sense to retire the beast and move back to smaller film. beginning in 2007 i’ve used my 8×10 for everything i shoot. i’ve enjoyed the liberty of exposing more film, and now scanning those negatives to make large platinum prints. 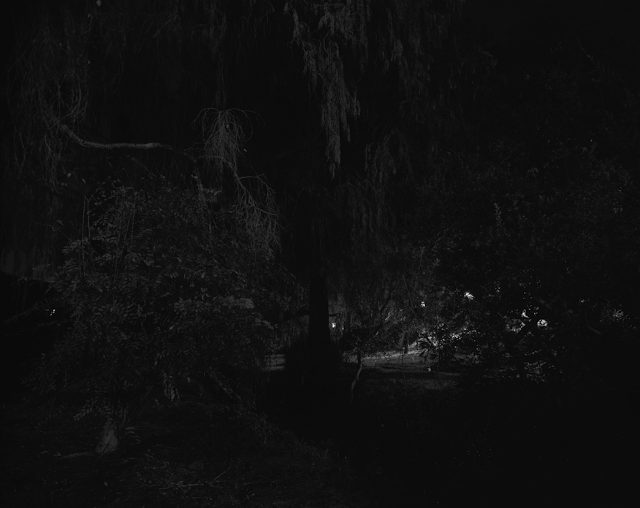 Talk about the slowed down nature of making work through this process and, in particular, at night.

making work at night is a meditation, as is platinum printing. in terms of making night photographs, it is an act of paying attention to spaces we pass every day, and looking for beauty where others see nothing. i begin to see more as i look for those magic spaces ‘in between’, and in return the landscape beings to teach me. i discover places i would have never thought important, compelling, or beautiful, and i learn more about the neighborhoods and places that are equally a part of the urban spaces we call home. our eyes are subjective consumers, and in the daily ritual of looking we tend to see everything as a photograph. or a potential photograph. but as photographers we know most of these don’t work out. it’s our intentions and “vision” that makes an image worth printing, or even shooting in the first place. when i’m actively photographing at night i do everything from consider the exposure to thinking about how i want to show detail in the final print, or how i might need to compensate for detail in development and printing. it’s all very ansel adams! [laughs] from there i’ll set up the camera and tripod, then begin the nuts and bolts of picture making. exposures are the quickest part, ranging from a minute to maybe an hour depending on where i am and what i’m trying to achieve. printing is an entirely separate process, but an equally important one, best left to itself. 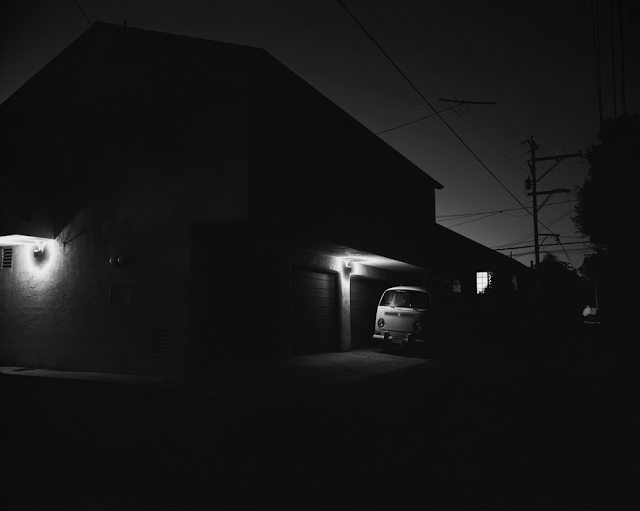 You are well ensconced in the San Diego photographic community, and your day job is at the Museum of Photographic Arts as the Director of Exhibitions and Design.  What is a typical day at the museum, and how does being surrounded by so much great photography influence your own work?

my typical day at mopa is a diverse range of management, design, and long range planning. that can take the form of anything from meeting project deliverables to branding and laying out individual exhibitions. i spend a lot of time on the minutia of exhibition planning, which is to say the administrative tasks nobody (viewers) should be thinking about when looking at a finished exhibition. i believe that if my work appears invisible then i’ve done my job well. it’s a nice metaphor for my own work outside the museum too. but one of the great rewards at mopa is working with a team of talented people and being exposed to art on a daily basis, be it historic work by known photographers, unknown photographs that are simply wonderful, or contemporary artists who are pushing new boundaries. it is enriching, and i’m certainly very lucky. 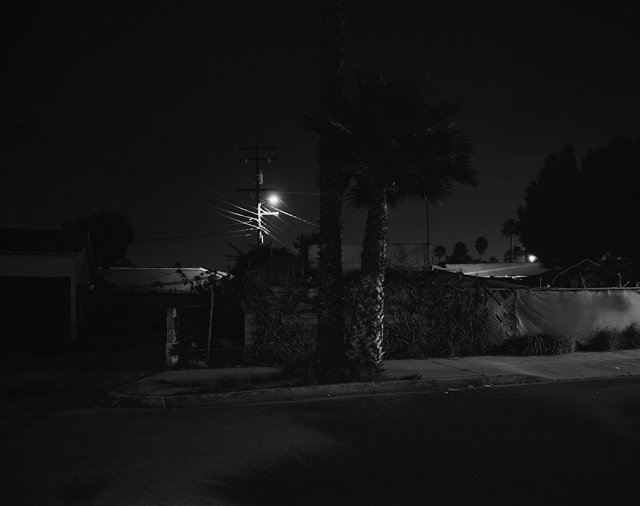 I am so excited about the new Medium Festival of Photography that is coming up in San Diego in September.  How did it come about and can you share a little about the festival?

medium came about as a way to engage with photographers on a deeper level. being a working artist myself i meet more talented photographers than anyone has wall space to exhibit. wanting to give a platform to this abundant creativity was where it began, and finding a way to share that with a larger audience is where it started to gel. the festival is a celebration of creative photography spread over three days. it kicks off with a keynote lecture by alec soth and is followed by a diverse range of speakers covering topics from wet plate to a live sunburn demonstration by chris mccaw, and much more! we have a portfolio review event on saturday that offers photographers the chance to engage with curators, editors, and gallery owners. it’s going to be a fantastic addition to the photo community in southern california! 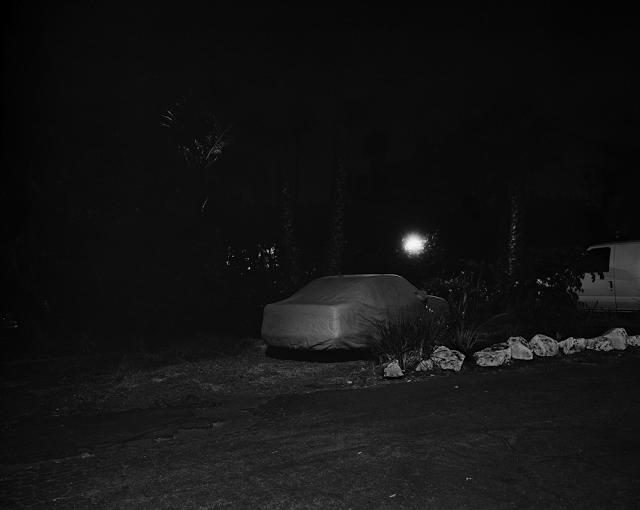 You wear so many hats in the photo world — successful photographer, Museum Director, Festival Director, friend and supporter of all things photography — how do you balance it all?

managing a busy schedule is a lot of work, though i find the act of it both encourages and defines each new step. i believe we should all live our purpose—what the hindu religion calls dharma—but this is something we’re largely disenfranchised from in the west. inspiring others through photography is my life path, and from the outside it appears to be a lot of work. and it is. but loving what you do and “working” are two separate ideas to me. i strive to insure my actions provide an enriching return, not just to me, but to others.  this is the secret to maintaining a balance. work and give back to others. it comes full cycle. 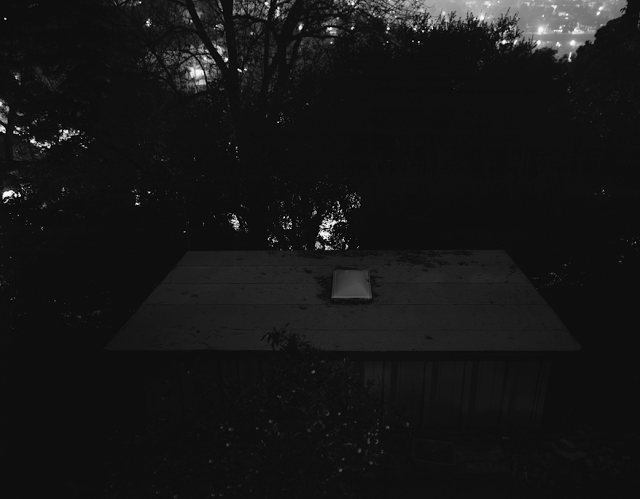 When you were emerging as a photographer, what took your work to the next level, and what suggestions do you have for photographers trying to establish themselves?

my work evolved through the passionate study of good photographs, which meant reading a lot of books and attending as many lectures as i could. the greatest influences on me were workshops offered by master photographers. these short, 3 to 5 day experiences taught me more than anything i learned in formal study at a prestigious university. they helped define my dharma. 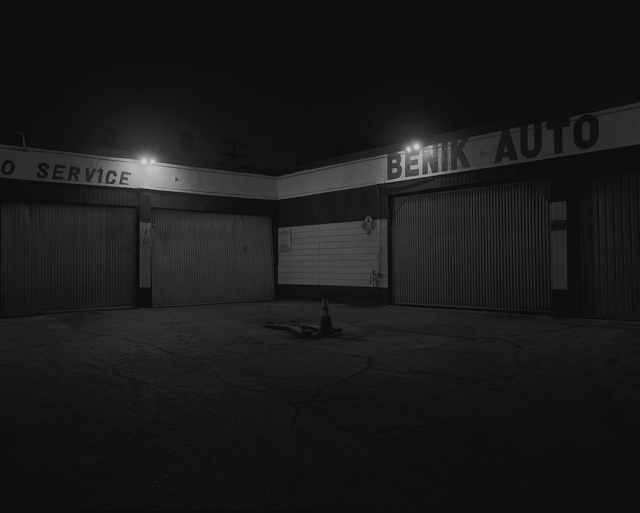 my perfect day would involve opening someone’s eyes to photography. this could mean sharing the magic of a camera with someone or teaching them something new about the medium. it could also mean my learning something new, which is a borderline addiction. i recently discovered a book of desert writings that i hadn’t picked up in several years. the process of sitting down with this book and re-reading it page by page has turned into a series of perfect days, one after the other. the writing has little to do with photography but has given me a half dozen new ideas to think about… a half dozen new reasons to follow my camera into new territory. the perfect day is about eye opening experiences, plain and simple. who’s eyes those are is less important than the act of inspiration itself. 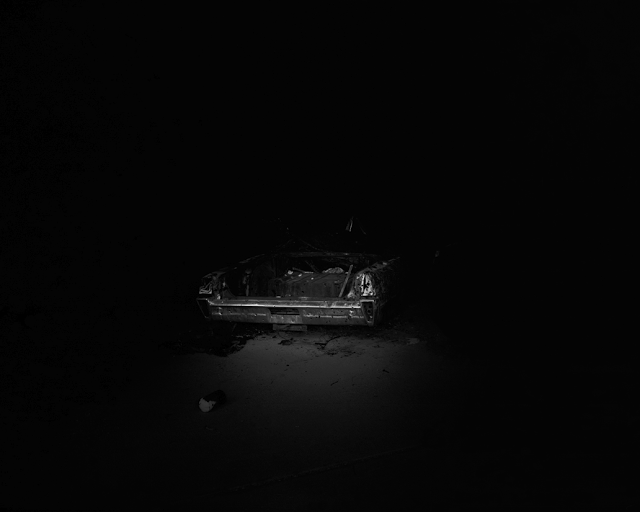 NEXT | David Gardner >
< Sharon Boothroyd: If you get married again, will you still love me? | PREV