London photographer, Boo Riston, works in a way that combines sculpture, painting, photography, and well, bodies. Trained and educated as a sculptor, Boo considers herself an artist who uses photography to attain her desired result. After feeling confined by just making sculpture, she began painting her work and herself as a way to incorporate a different medium. It doesn’t seem to matter if she or someone else actually takes the photograph, as it’s the process that interests her.

“Boo Ritson paints people, but not on canvas or on board – she literally coats people with paint. Presented as photographs, Ritson’s portraits are a double masquerade: her subjects coated in sticky disguise, and the documentary image a surrogate representation of the tangible painterly, sculptural, and performative qualities of work. By using photography Ritson capitalises on the associations of snapshot memory and filmic narrative, with each of her characters playing out readily recognisable stereotypes.

Bathed beneath the gooeyness of common household paint, Ritson’s subjects are transformed into athletes, cowgirls, and slot-jockeys. Highlighting the malleability of identity, Ritson’s impostors are rendered oddly totemic as the dripping contours of their wet ‘skins’ create a statuesque effect that’s equally stoically chiselled and insincerely plastic. Balancing between social masks and suffocating veneers, Ritson’s painted effigies stand as psychological animi; a sentiment epitomised in Godfather, where the eyes of her living model are exposed, giving a jarring humility to his hard man mafioso exterior.” 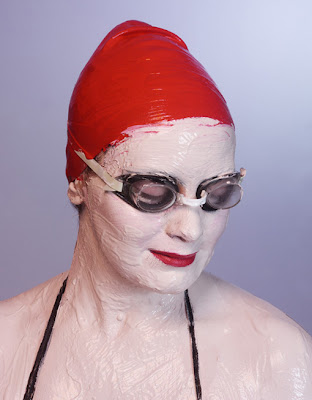 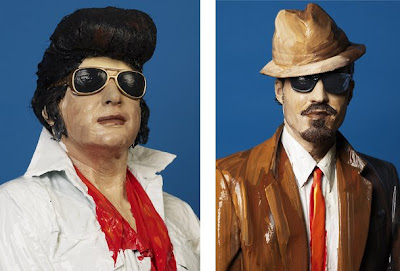 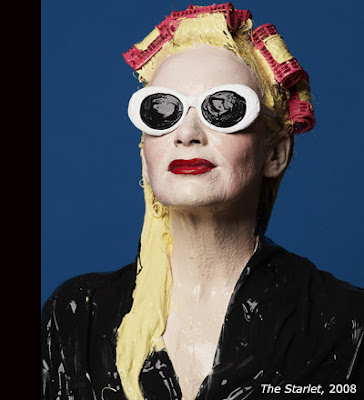 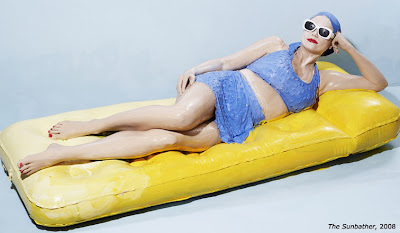 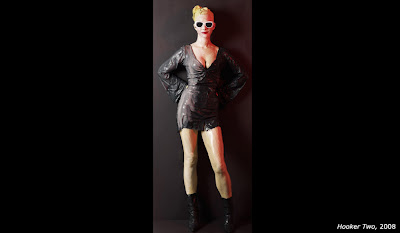 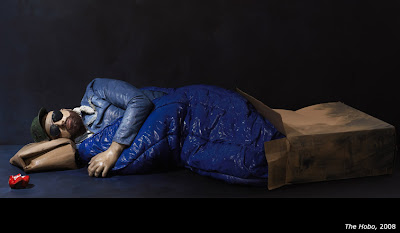 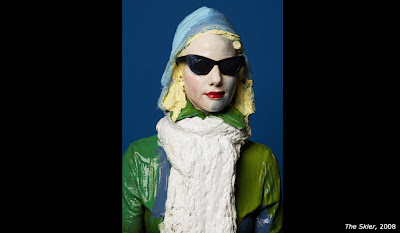 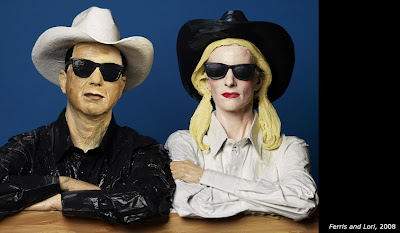 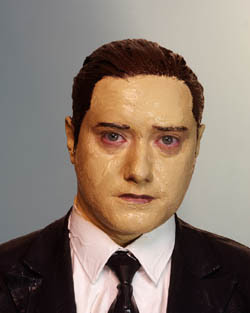 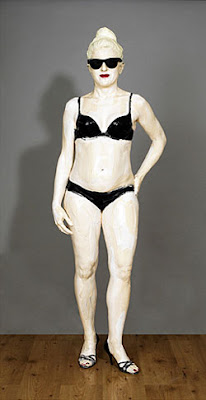 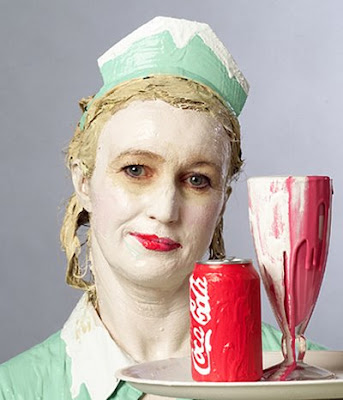 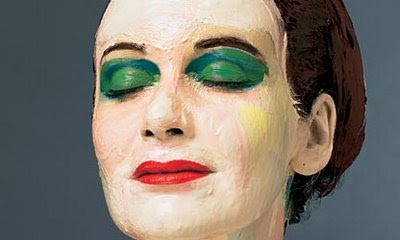 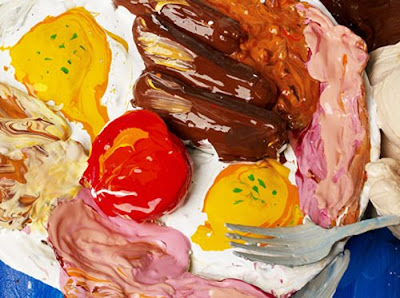 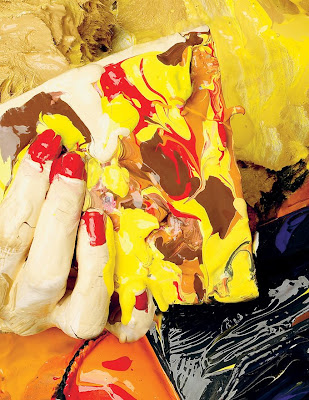 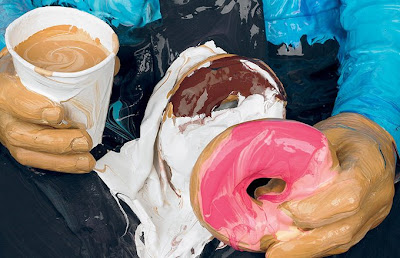 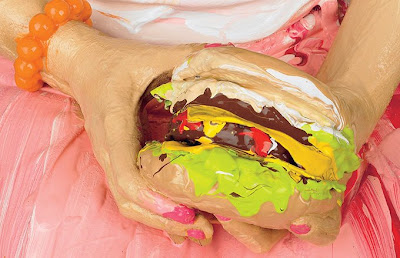