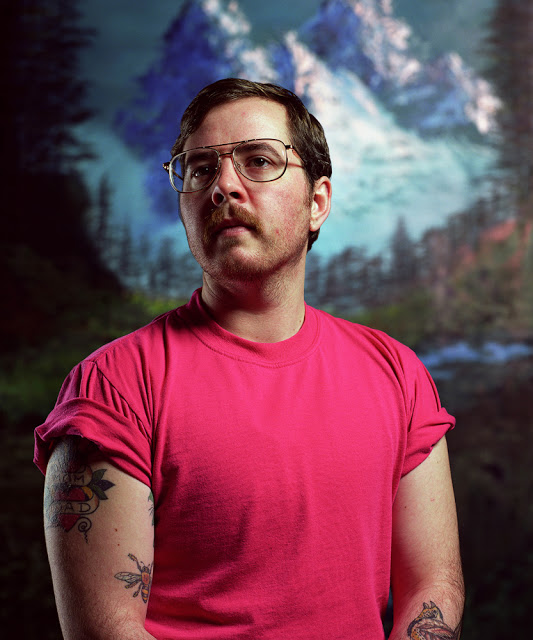 At Photolucida, I was immediately drawn to the photographs of Lorenzo Triburgo.  His large, arresting portraits drew me in to discover a compelling and powerful approach to capturing a community of transgendered men.  It’s a community not been celebrated in an epic or elevated way and Lorenzo adds to that elevation by producing the painted backdrops himself. Through pose, gesture and lighting, he gives his subjects dignity and incredible humanity.

Lorenzo is a native New Yorker currently residing in Portland, Oregon. He holds a BA from New York University in Photography and Gender Studies and an MFA in Photography and Related Media from the School of Visual Arts in New York. His photographs have been exhibited in Los Angeles, New York, Seattle, Philadelphia and abroad. He has work in the permanent collection at the Portland Art Museum, has been awarded the Aaron Siskind Grant and has been published in PDN.  Transportraits was recently selected for inclusion in the 4th Annual Competition and Exhibition at the Philadelphia Photo Arts Center, (June 13 – August 24, 2013) and will be exhibited in “Framed: Identity and the Photographic Portrait” curated by Francine Weiss (September 3-October 12, 2013) at the Photographic Resource Center at Boston University. 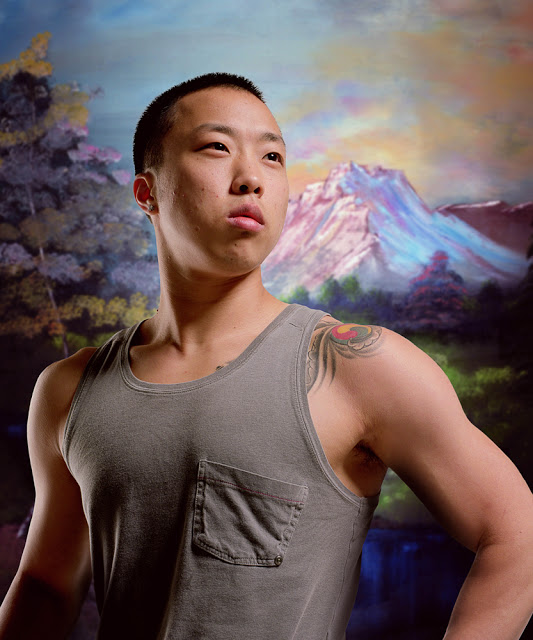 A Pretty Autumn Day, Rej
Transportraits
For Transportaits, I have created a series of unlikely heroic portraits that examine representations of American masculinity, using transgenered men set against a created environment. Following the path of 19th century portrait and landscape artists such as John Singer Sargent and Alfred Jacob Miller, I simultaneously reference classic and contemporary photographic portraiture and consider the origination of American male identity. 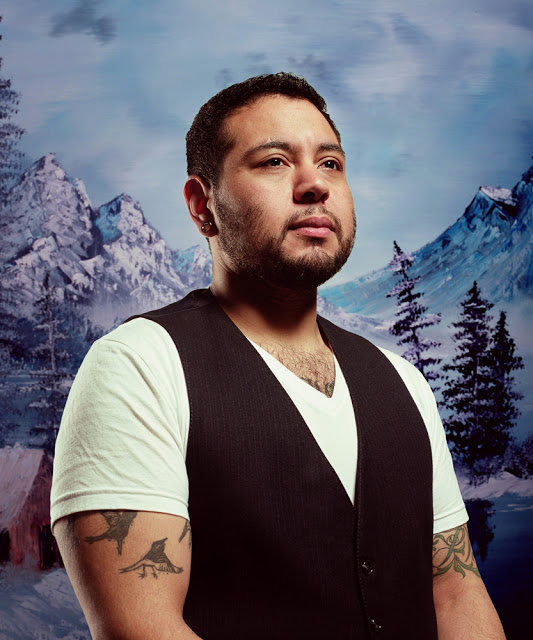 For this project I created oil-painted landscapes using instructions from Bob Ross’, “The Joy of Painting.”  The backdrop sets the stage for a series of portraits focusing on a population that is rarely celebrated in a laudable manner. The photographs represent my personal relationship to gender and photography, drawing a parallel between the (mis)perception of the ‘photographic record’ devoid of social construct and gender as an unchanging truth. In Transportraits I invite the viewer to question the construct of portraiture (and masculinity) while simultaneously depicting a sincere heroism. 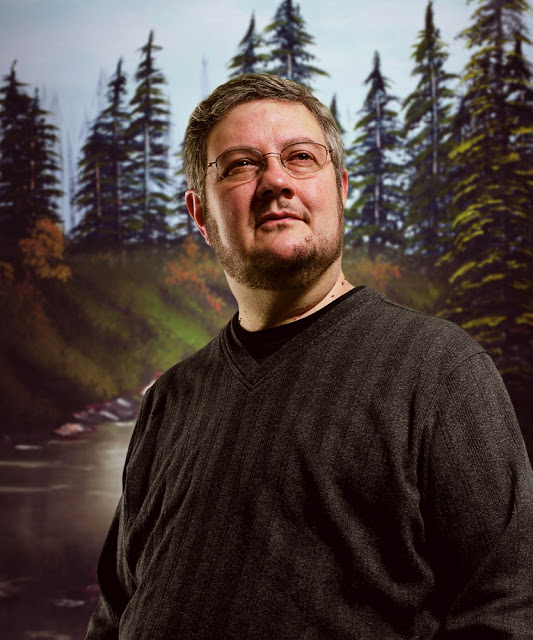 Around the Bend, Reid 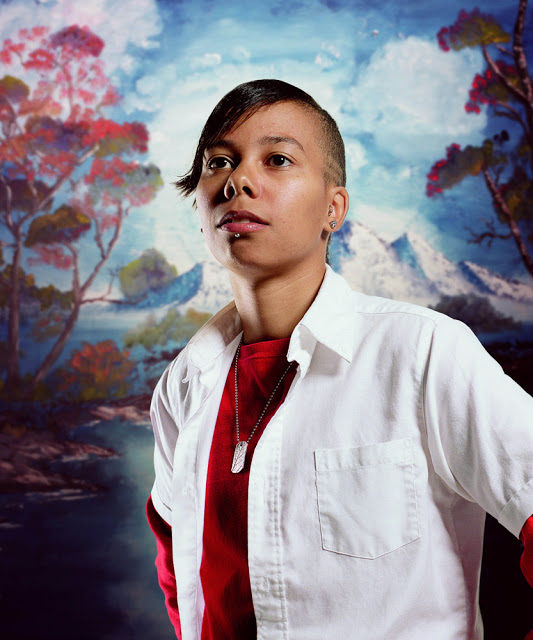 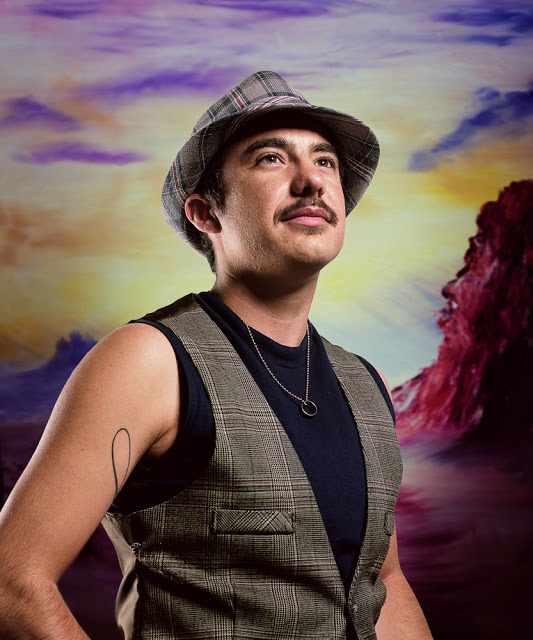 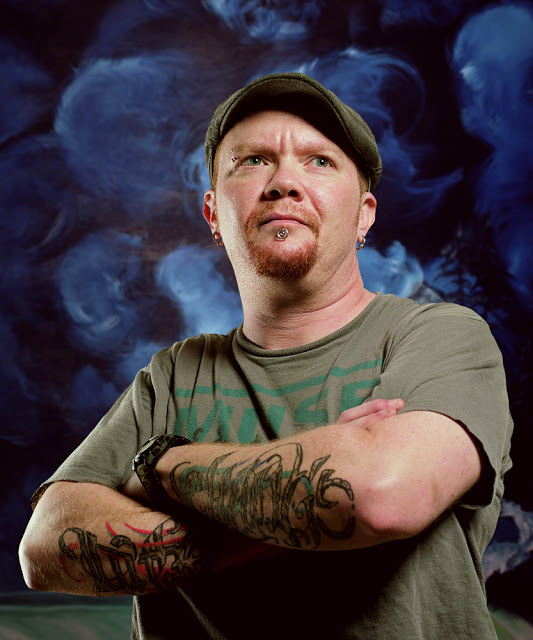 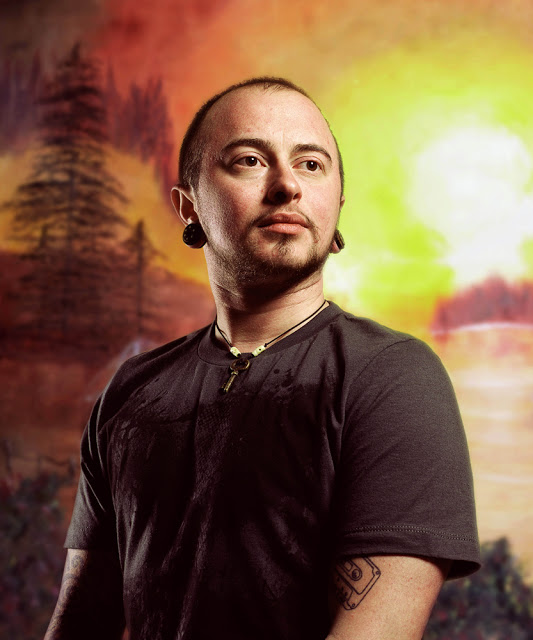 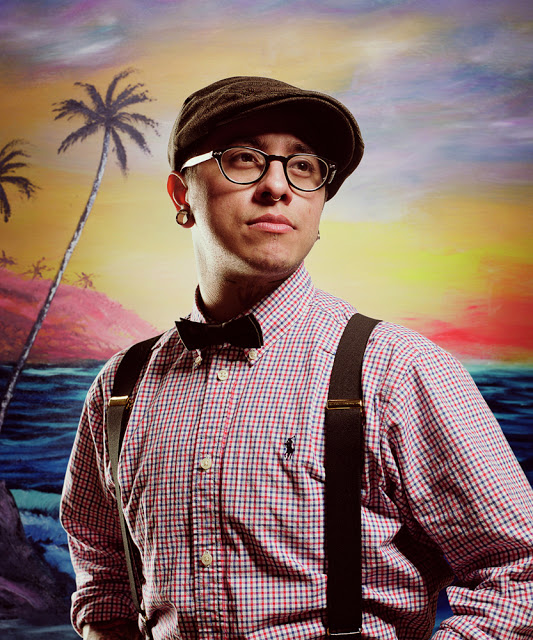 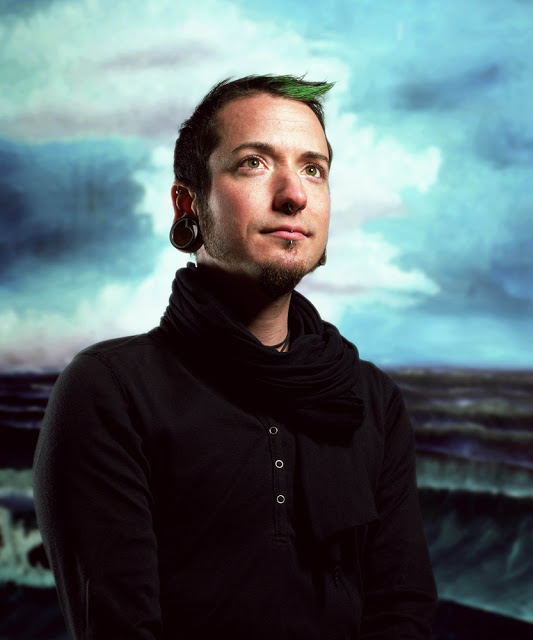 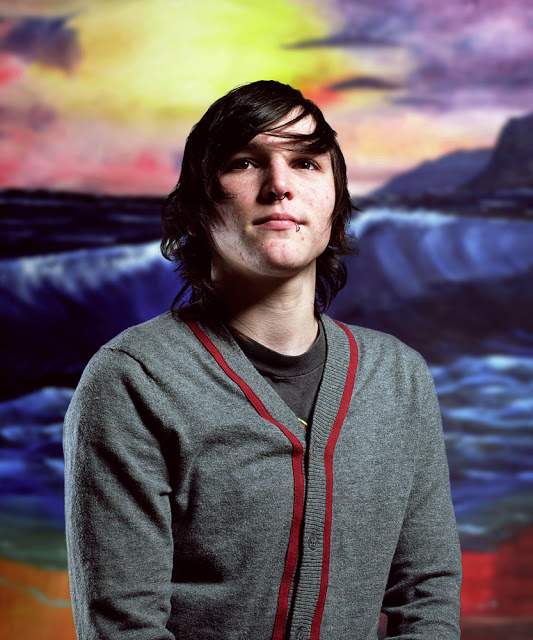 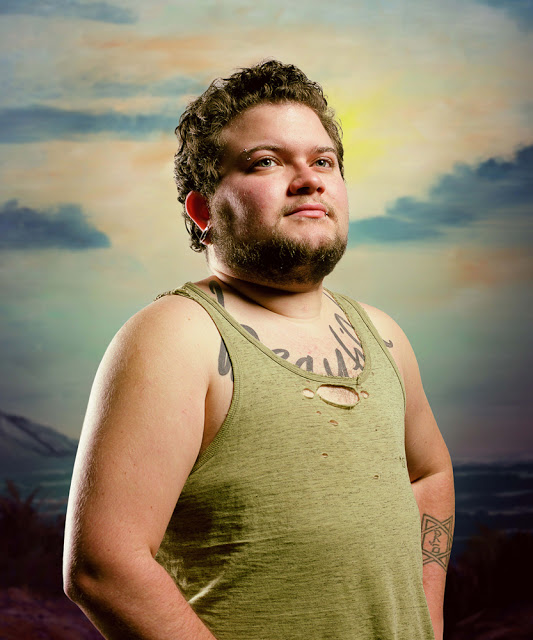 Rowboat on the Beach, Tash 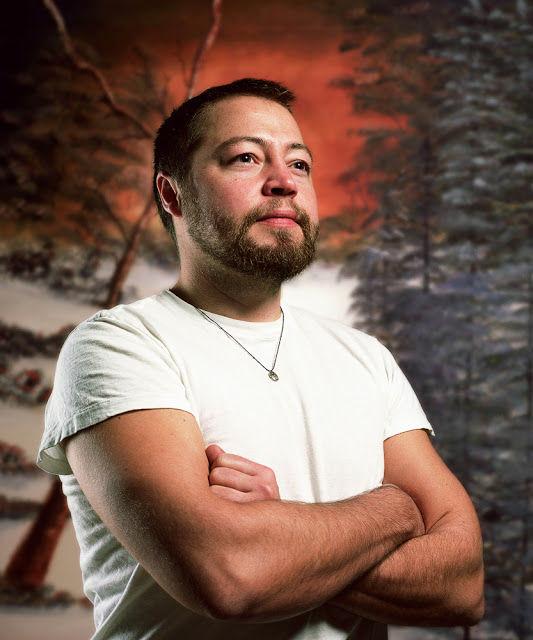 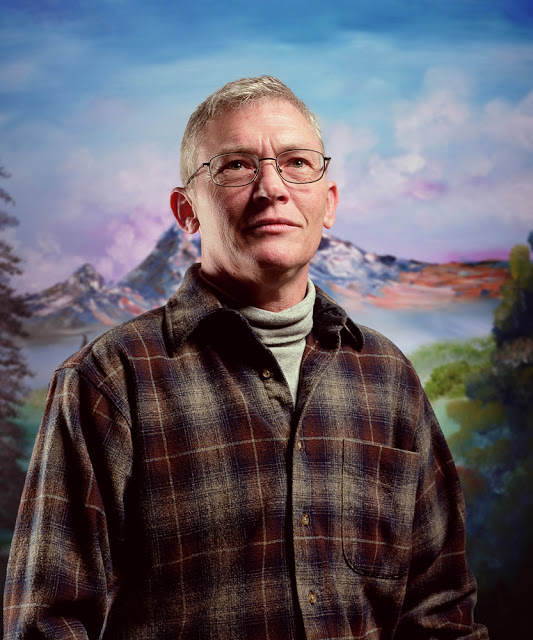 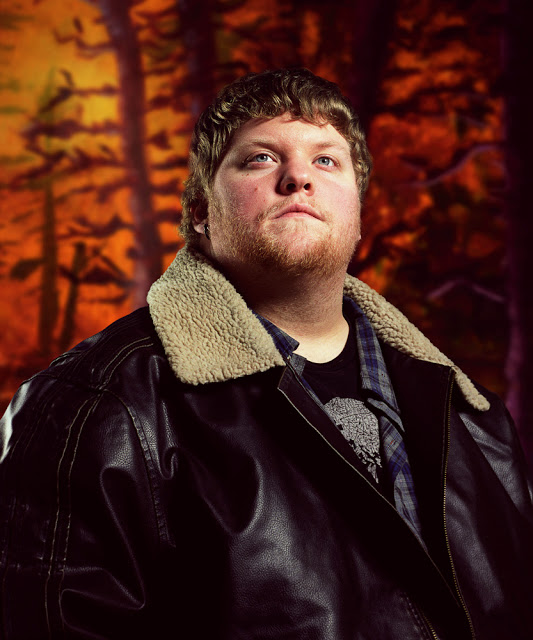