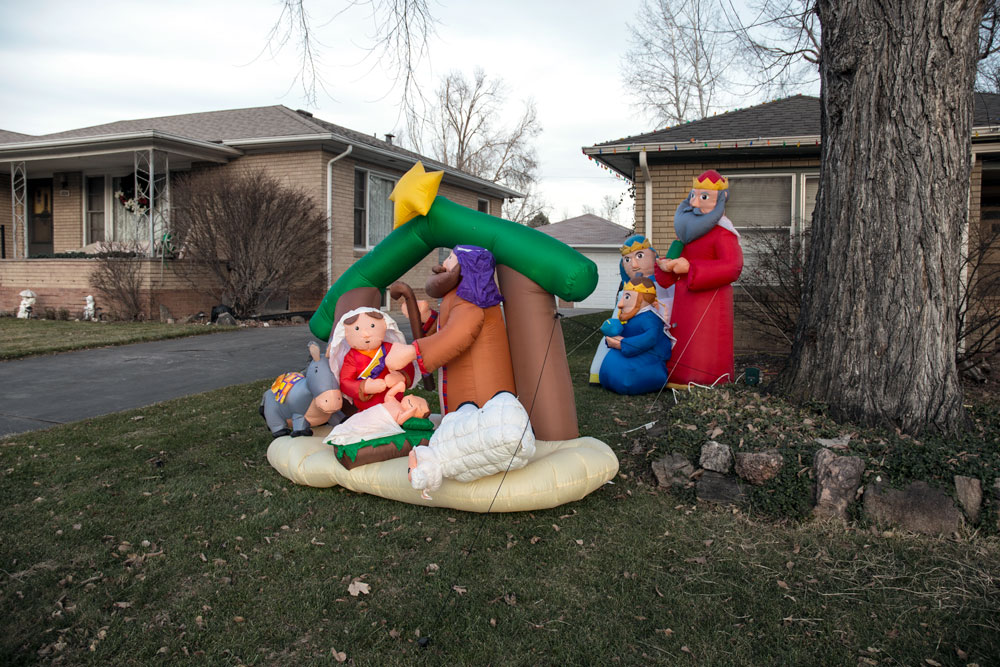 Mike Whiteley has a legacy of considering landscape, including the humorous human interventions that come with the holidays. Mike’s image of a woman’s head emerging from a field in Iowa garnered 1st Place (along with Boglárka Éva Zellei) in our 2018 Seeing is Believing Exhibition, jurored by Drew Nikonowicz. This sent me to his website where I discovered today’s project, Holiday Home Tour. 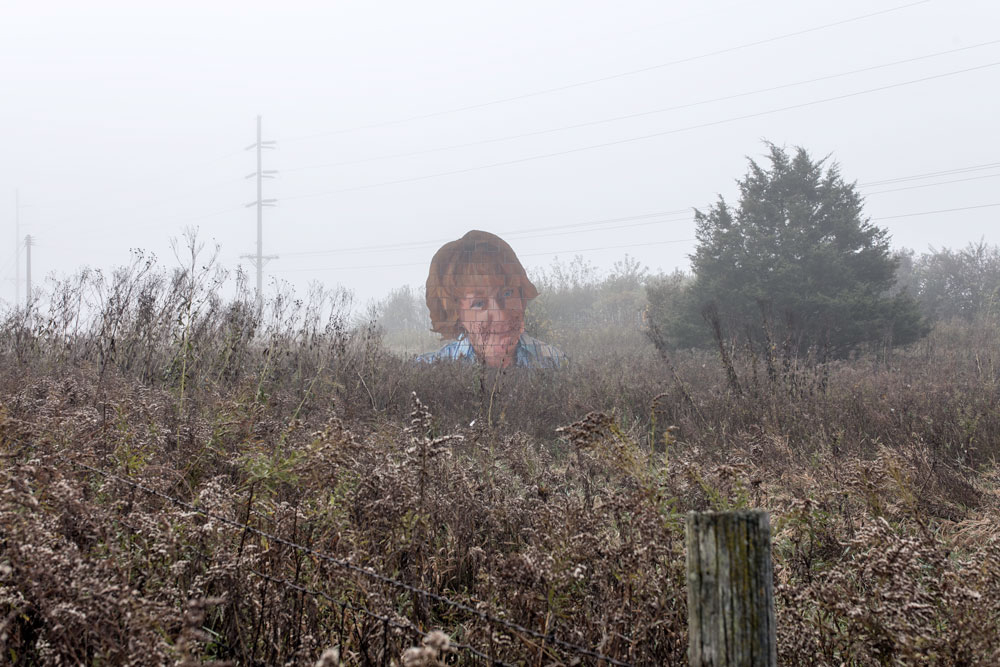 Born in 1956 in Lincoln Nebraska Mike Whiteley grew up in Lincoln and later went to the University of Nebraska, Lincoln. First starting school as a pre-med major but switching to art after a couple of years he graduated from UNL with a BFA in Painting and Photography. While in School he worked for the  Daily Nebraskan student newspaper, won the Vreeland Award for Creativity and after graduation was named the first Nebraska Young Artist of the Year.

While in Lincoln he married his wife Rita in 1981. They then moved to Boulder Colorado in 1984 where Mike went to graduate school at University of Colorado at Boulder earning a MFA in 1987. After graduation Mike moved to Longmont Colorado where he lived with his wife Rita and several dogs for about the next 30 years. While he did do some painting and photography Mike worked full time as a Chef for some of the top restaurants in Boulder and Longmont eventually opening his own catering company in 1996. After closing his company a few years later he worked as the Chef for Longmont Meals on Wheels, preparing meals for the elderly. During this time Mike also worked as an volunteer outings leader for the Sierra Club and also as an volunteer Wilderness Ranger for the US Forest Service, Leading hikes and backpacking trips around the Rocky Mountains. 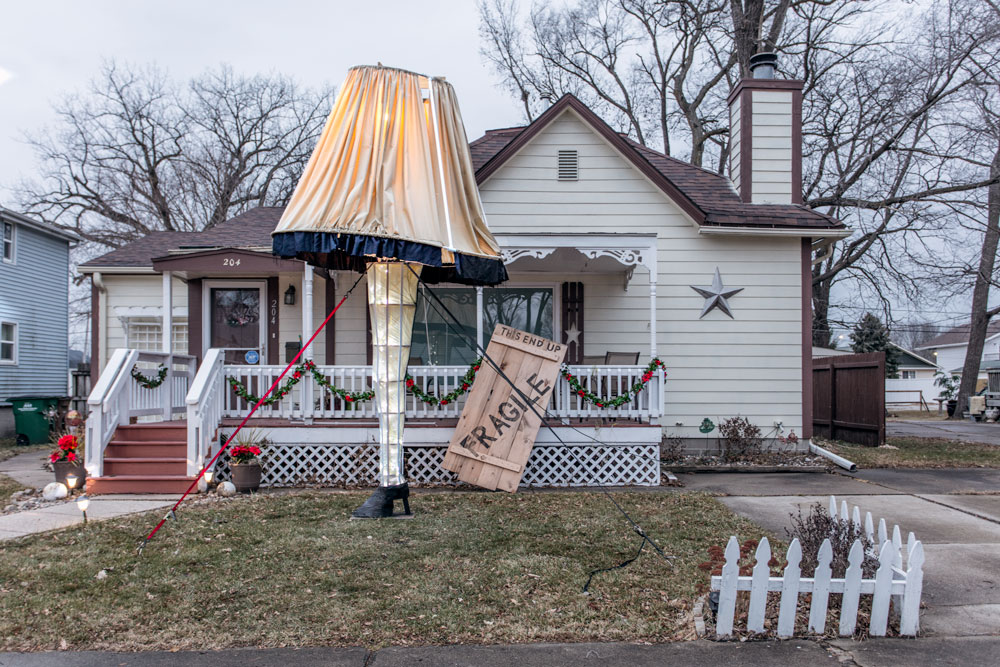 When I was young one of the things that we did during the holidays was to all get in the car and drive around town and look at all of the lights and decorations that people put up on their homes and in their yards. A common practice in the midwest where I grew up.

Ever since I began photographing I have always been drawn to these displays. I find them often peculiar and strange, full of contradictions and meanings beyond the religious celebration of the Birth of Christ. They have become entwined within our culture and consumerism sometimes mocking the very holiday that they celebrate. They represent one of the largest visual displays  that we see in our society today. 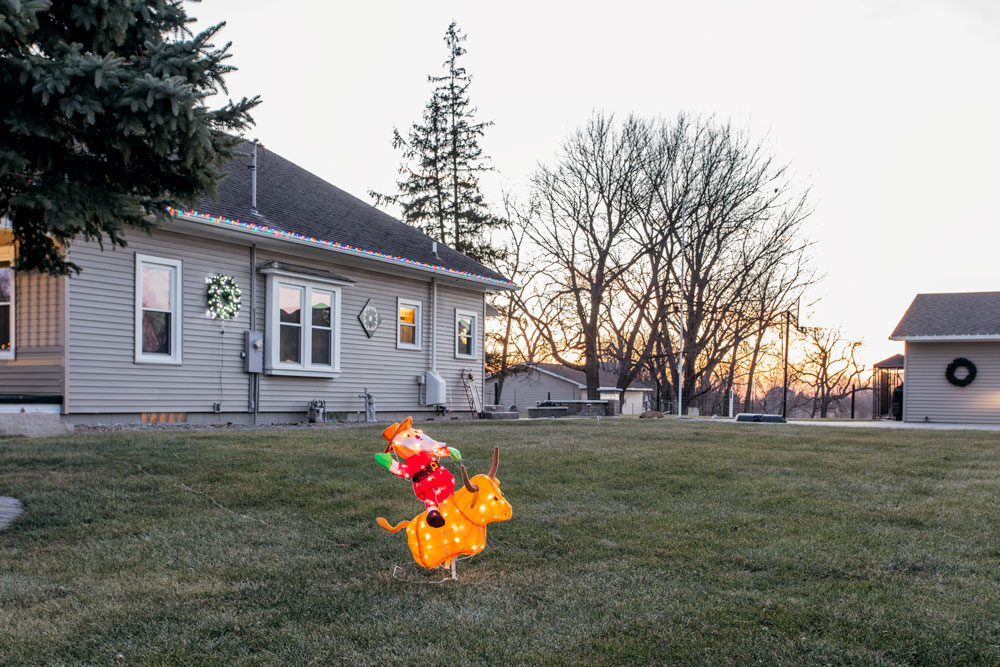 I like the Color, the lights, the tacky, the weird and the strange, I am not sure what Jesus would think but for me I can’t get enough of them. In a way they are a type of art, outsider art, one of the largest and best viewed art shows of our time. Not to long ago this subject was only for the greatest of artists, Leonardo, Michelangelo etc. Now though anyone can go out and buy themselves a plastic glow-in-the-dark Madonna and put it out in their yard next to a giant inflatable cartoon character. Photographing them for me seems to bring to light even more all of the strangeness, they seem to make fun of the religious holiday more often than they honor it but still relate to the tradition of the holiday in a way that seems to be very American. – Mike Whiteley 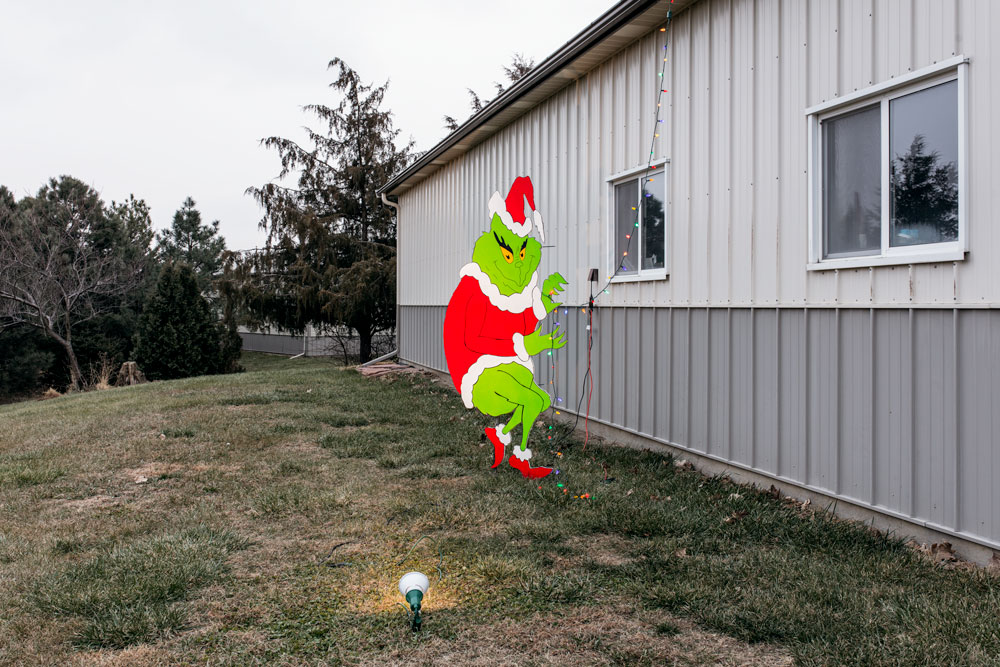 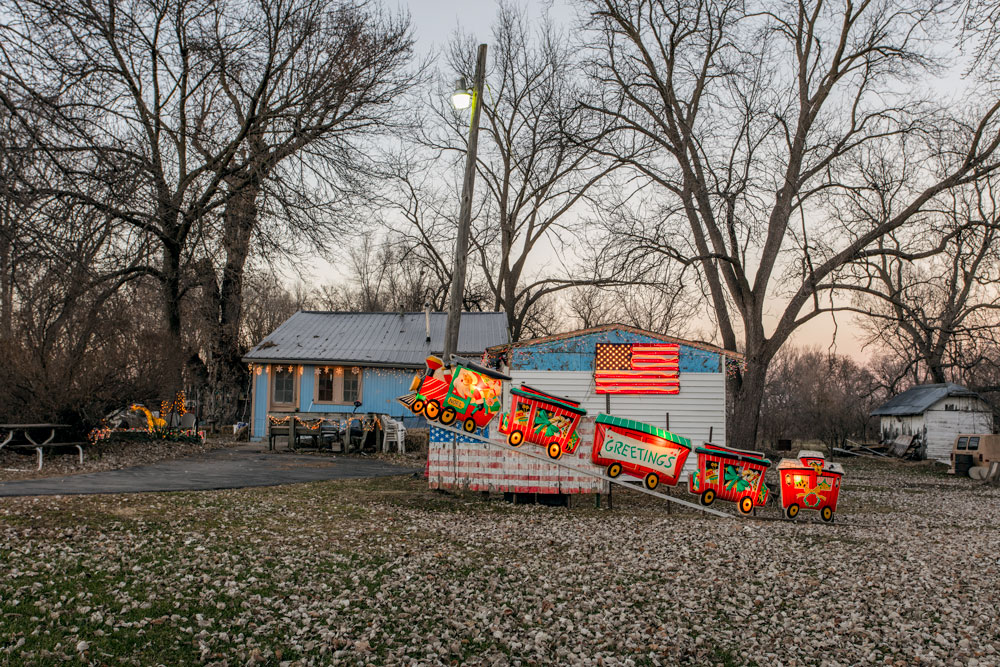 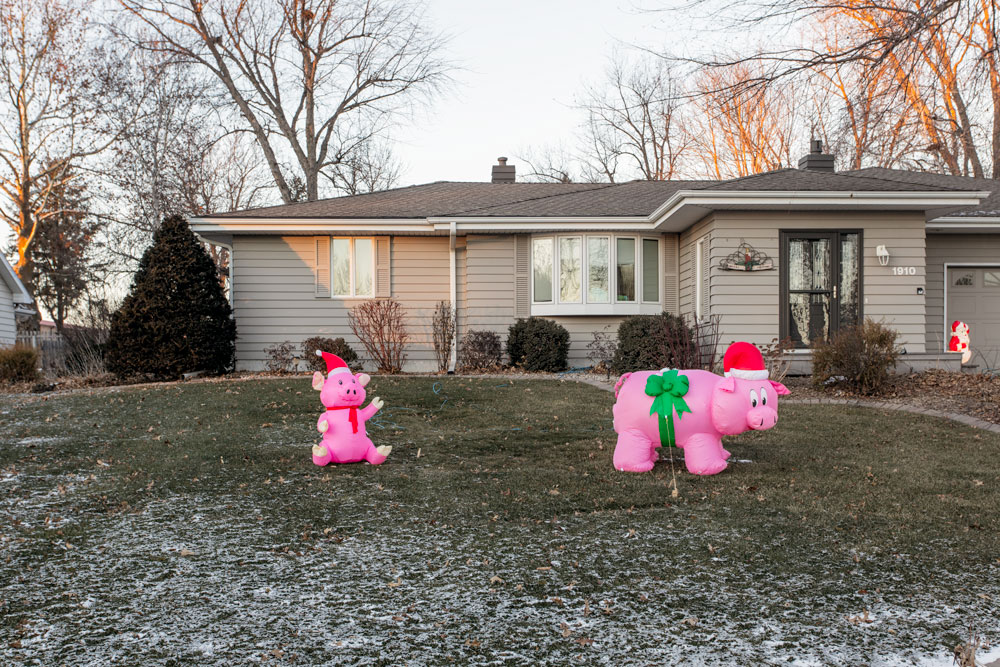 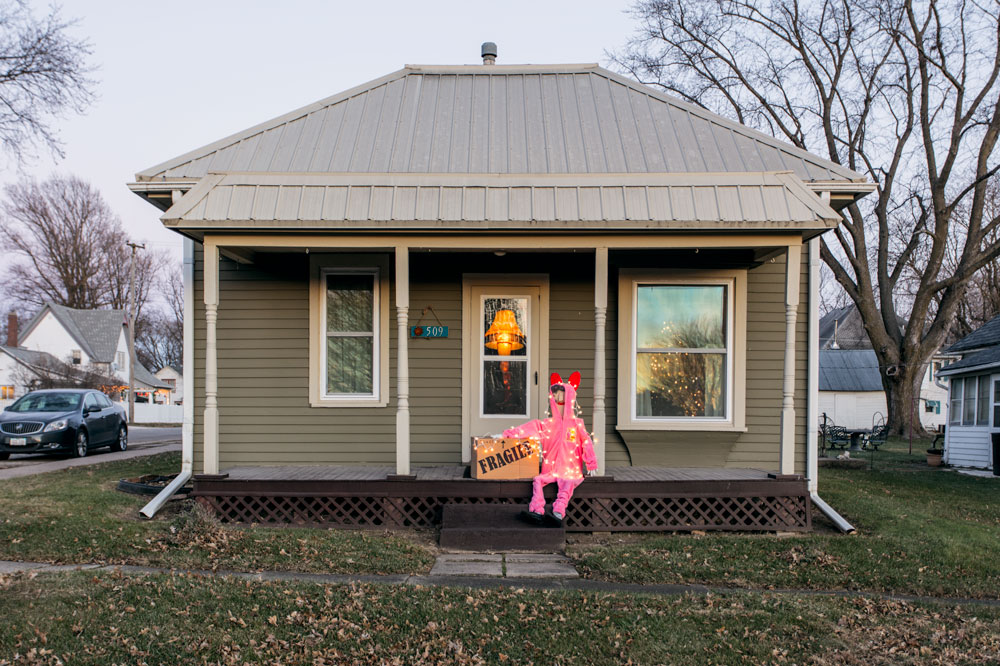 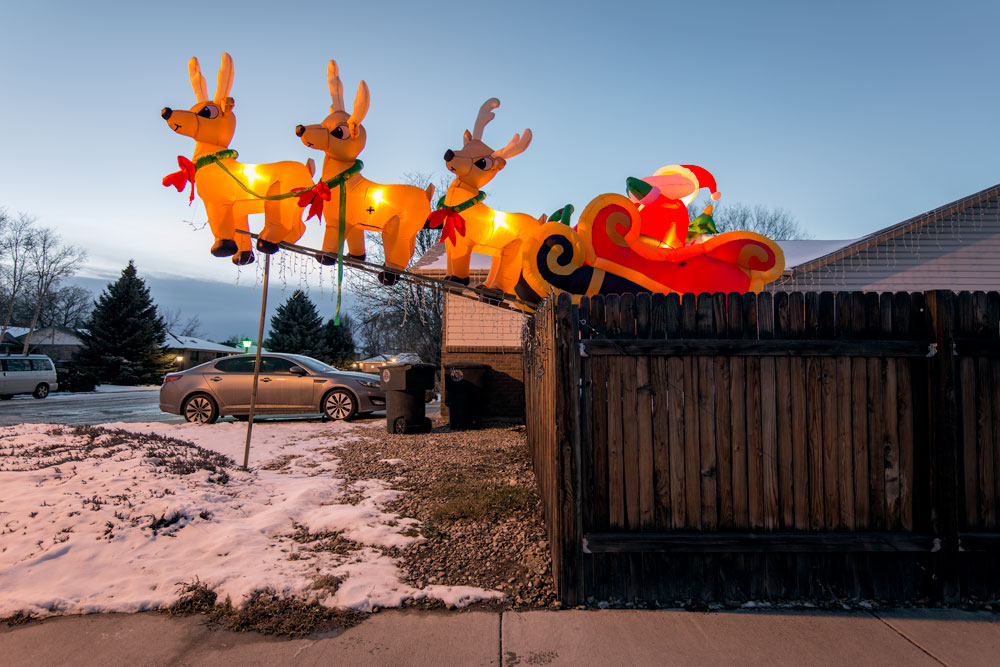 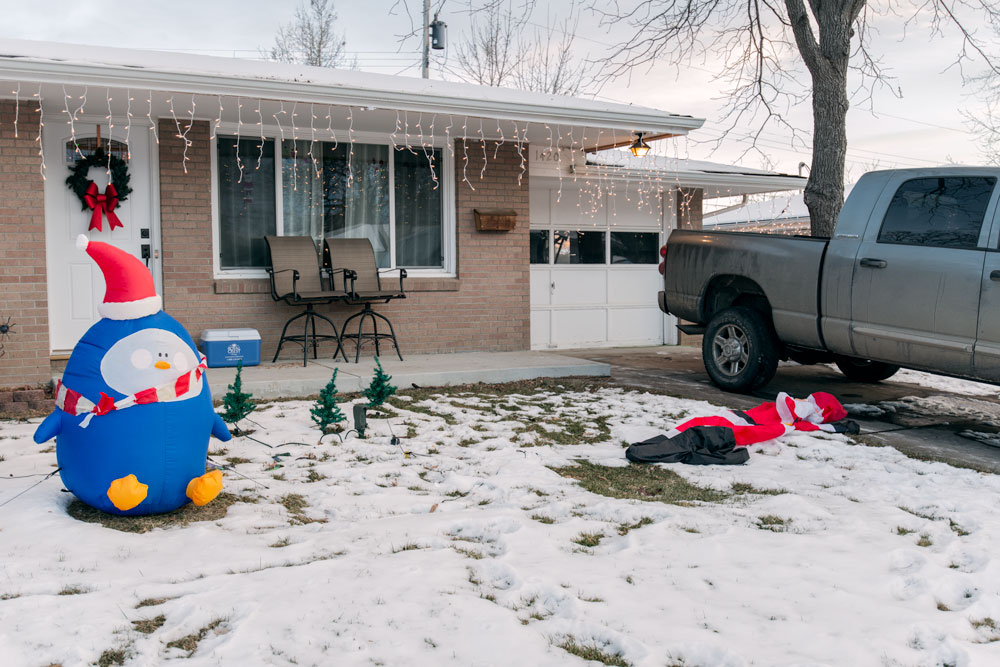 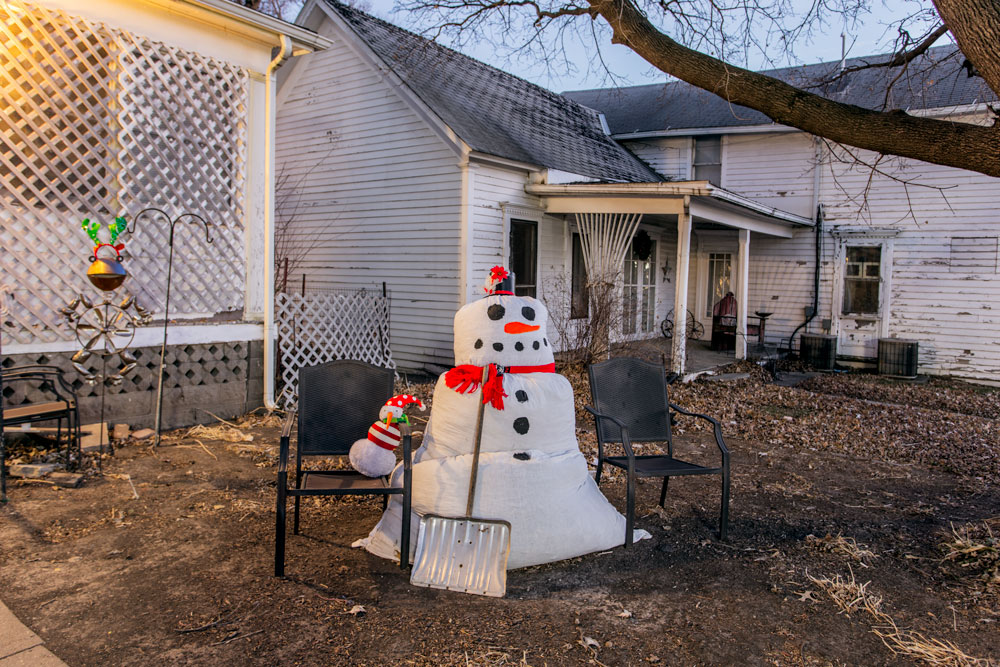 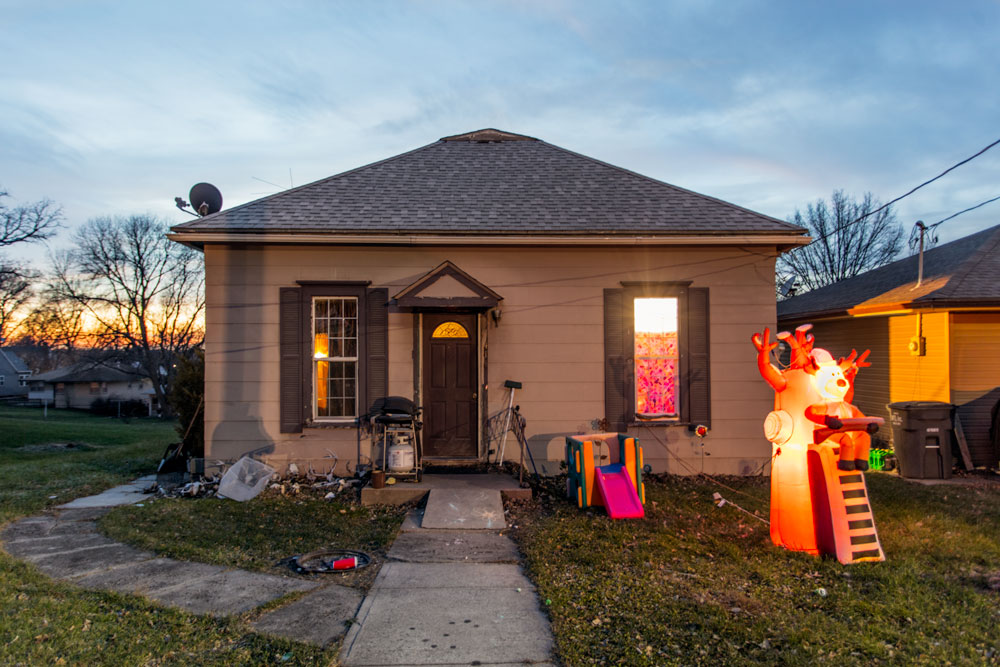 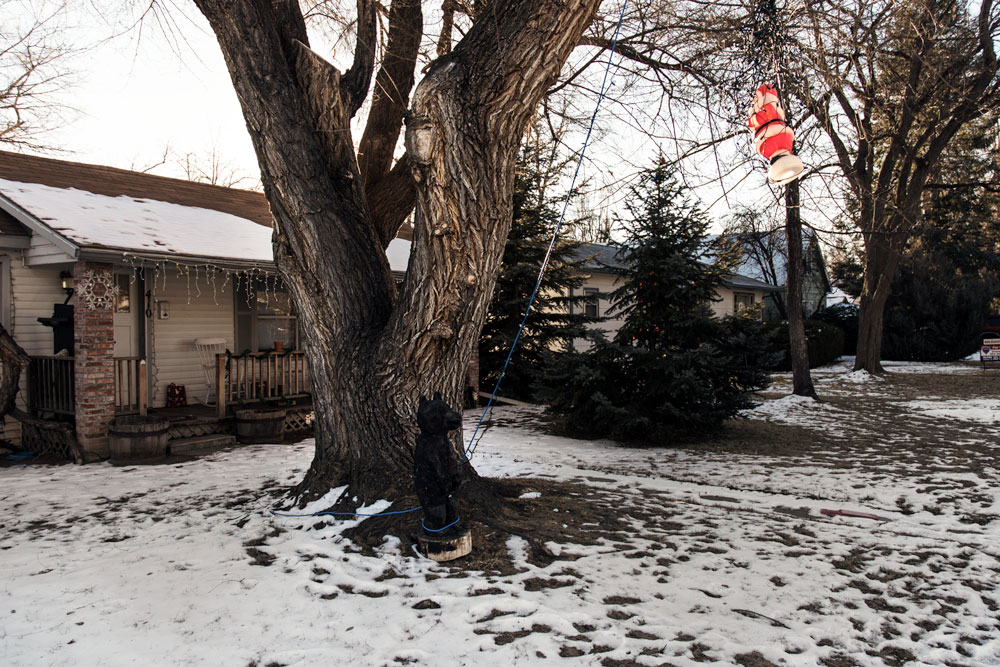 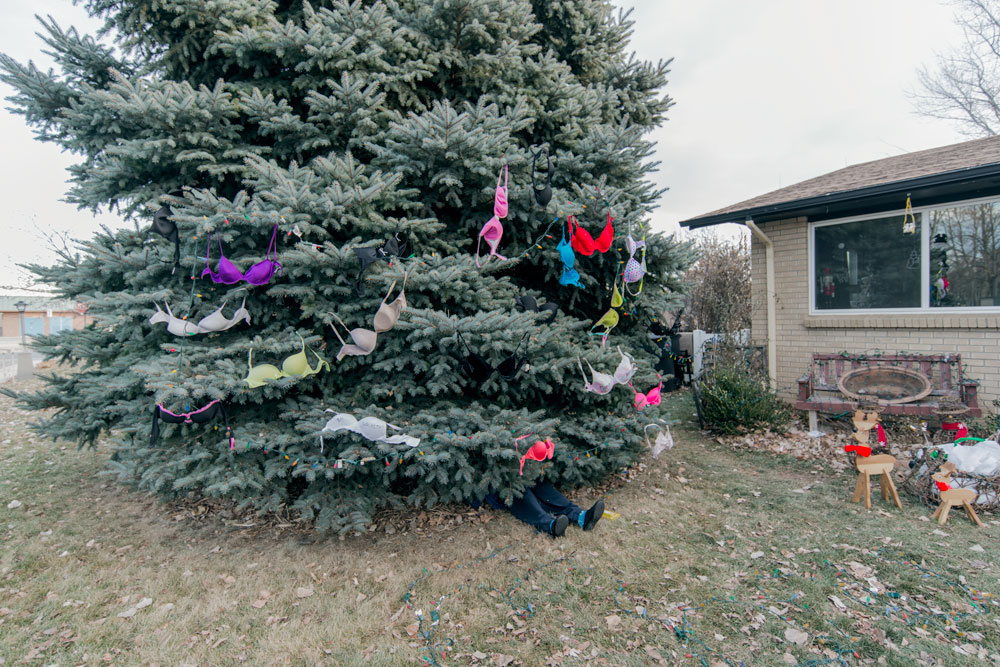 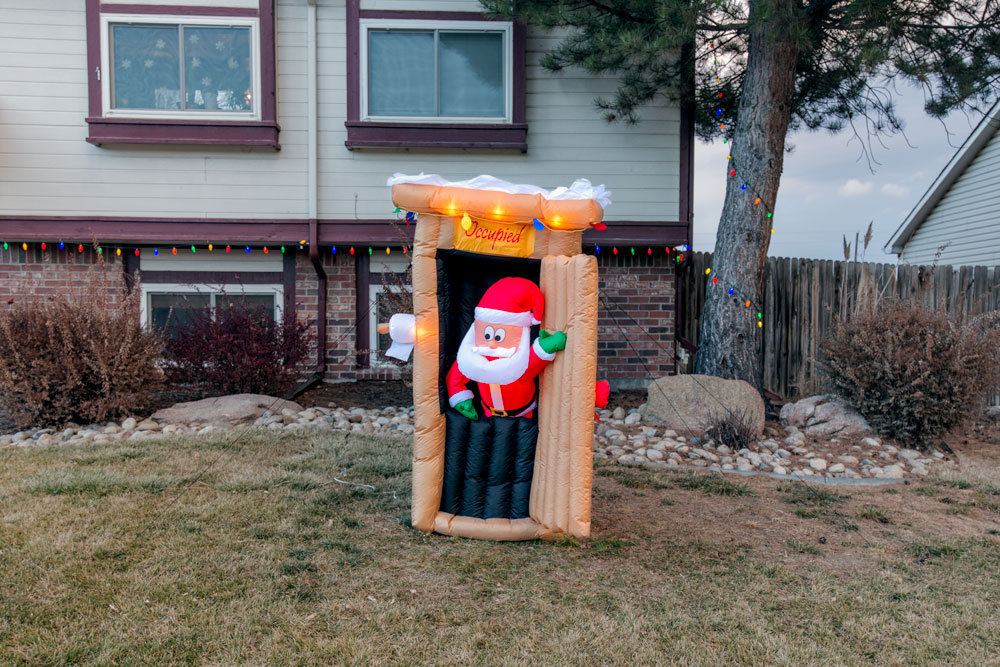 NEXT | Boglárka Éva Zellei: Furnishing the Sacred >
< Zanele Muholi & The Women’s Mobile Museum: Who is Art For? | PREV