Sherry Karver and I became friends when we exhibitied together (along with the wonderful Nate Larson) at the Fort Collins Museum of Contemporary Art in Colorado, a couple of years ago. Sherry’s photographic paintings were quite remarkable, and she has a new show currently on exhibition at the Kim Foster Gallery in New York City that runs through October 17th, 2009. The exhibition, Private Stories / Public Places, contains large scale paintings that combine digital imagery with oil glazes and written narratives covering some of the figures. Chance and randomness are a big part of her vision.

My current series of photo-based work originates from photographs I have taken on city streets in New York, Chicago, Seattle, San Francisco and in public spaces such as Grand Central Station. I am expanding and shifting the parameters of traditional photography by combining it with digital technology, oil painting, narrative text, and resin. By blending the distinctions between these areas, it enables me to push beyond their conventional boundaries to create a new format.

I was born and raised in Chicago, so my work is informed by city life and the multitude of issues we encounter living in a large city: loneliness and alienation in our fast-paced society, the concept of personal identity and the loss of it, the individual as part of the crowd, the passage of time, and finding our own unique voice.

Around 2000 I began writing text over some of the people in my photos in an attempt to personalize or individualize them, and make them stand out from “a sea of sameness”. These brief stories about the figures are from my imagination, based solely on their appearance or stance. By using written narrative in my work, it creates a public/private dichotomy, giving the viewer an opportunity to “experience” the artwork. One can become a part of the process by reading it, rather than simply looking at an object from a distance, creating a greater impact and duration in its effect on the viewer.

I superimpose biographies on top of figures, almost as if they are wearing their stories like an article of clothing. I try to give a little bit of history about the person: their hopes, their dreams, and often something personal that they would rather not reveal. 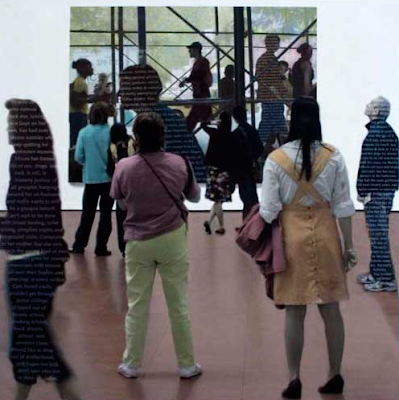 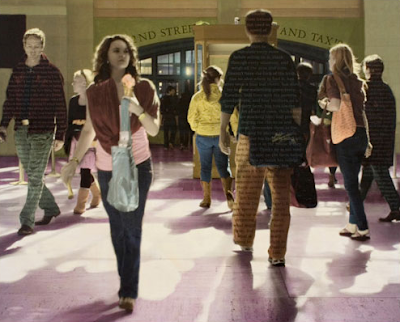 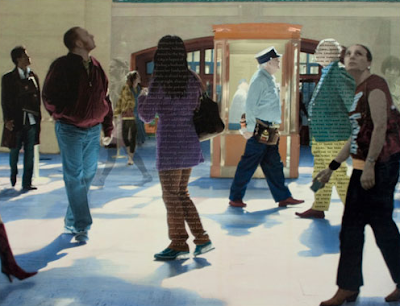 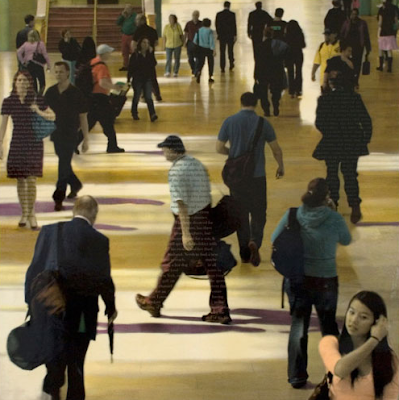 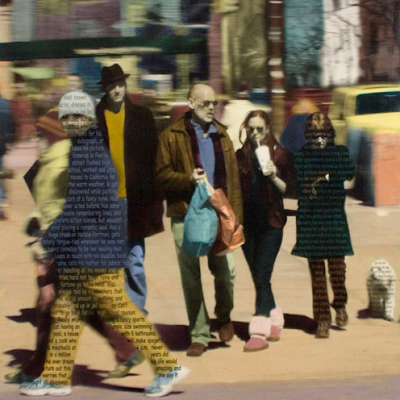 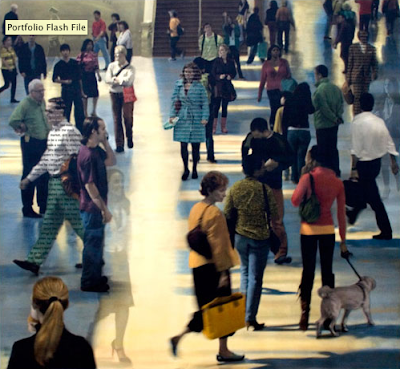 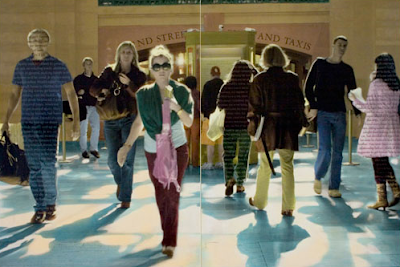 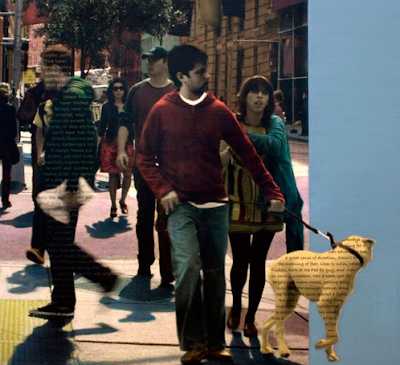 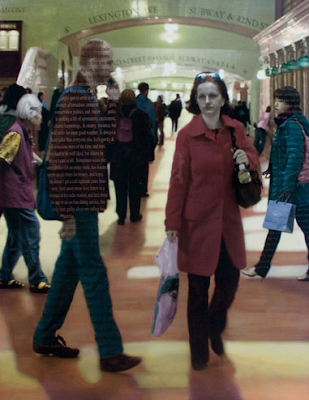 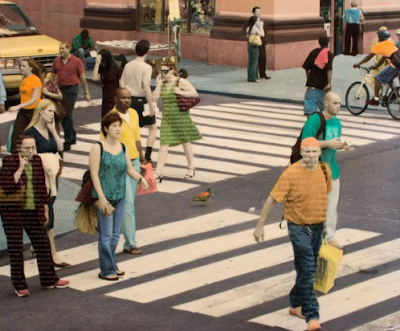