Los Angeles photographer, Tom Paiva, might just know a thing or two about what goes bump in the night. He often finds himself working long after Jimmy Fallon has put the rest of us to sleep. Tom received his BFA from the San Francisco Academy of Art, and for the last 15 years has worked as a freelance photographer specializing in large format photography of industrial and maritime settings, as well as architecture and interiors. To say that Tom is passionate about night photography is an understatement. He is a co-founder of The Nocturnes, an organization dedicated to night photography, and has recently started a blog that celebrates twilight and night photography. What I love about Tom’s work is that his night images elevate industrial structures to epic proportions, the same structures that seen during the day don’t get a second glance.

I pulled the image below off Tom’s blog–it’s the Griffith Park Observatory, where Rebel Without a Cause was filmed, and for me this image represents the best of Los Angeles. 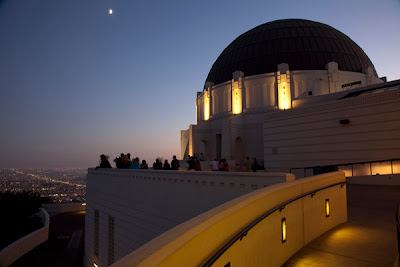 I have been photographing in the industrial landscape at night for well over 10 years and enjoy the structural aspects of this environment.

No one who built these structures had any thought of aesthetics. They are intended to be functional over any consideration of visual concerns. However, I find these environments exceedingly appealing. The forms are modern, massive, simplified, without embellishment. Light creates dimension and startling relationships. It can magnify shapes and textures, and stimulate the viewer’s interest. 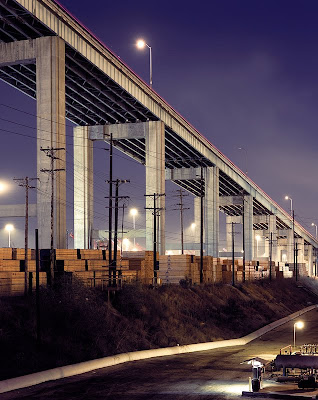 There is a long tradition of American photographers who focus on the industrial landscape. Like Charles Sheeler’s photographs of the Ford Rouge Plant in Detroit; Luke Swank’s work of steel mills in Pittsburgh; and Margaret Bourke White’s photographs of power plants throughout the country, I am drawn to the power and monumentalism of major industrial projects. But unlike most of these great artists, I enjoy working at night and twilight, and in color. The commercial sites are often still functioning, but the glare and energy of the day has subsided. What is raw and ugly in the noon time sun is transformed by night into an evocative landscape you want to explore and linger in. 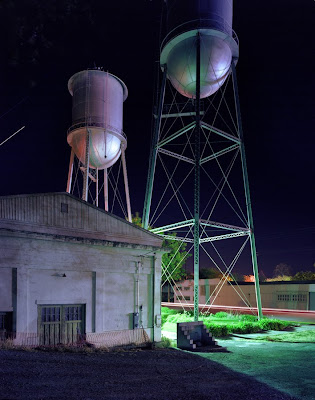 The 4×5 negative captures an unbelievable amount of detail and tonality. On the other hand, it is incredibly hard to do, especially at night. Rarely can I get more than three or four images completed in a night’s work. I actually like the technical challenges of working with film at night. You cannot be sure what the film will pick up in these environments of complex mixed light sources, diverse intensities, and deep shadows. The available light sources of sodium vapor, mercury vapor, metal halide, tungsten and fluorescent intensify the yellows, blues, greens, and overall depth. I do not use any addition light or computer manipulation in my work. 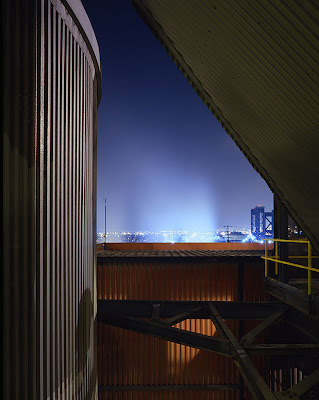 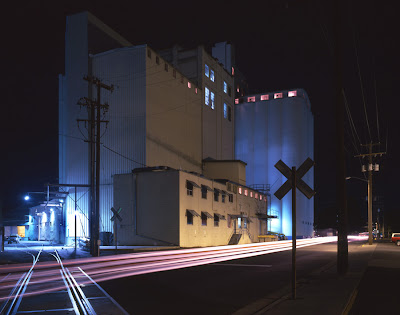 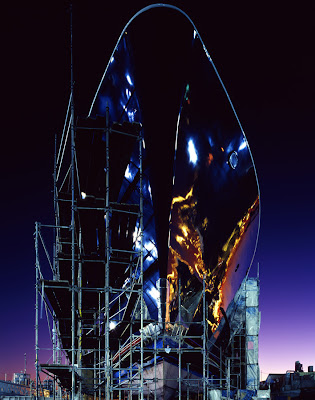 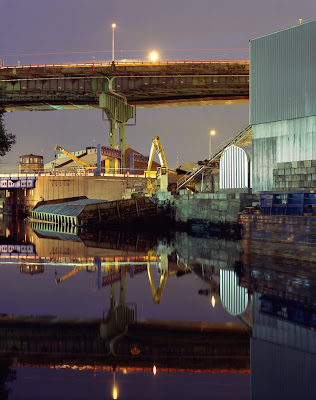 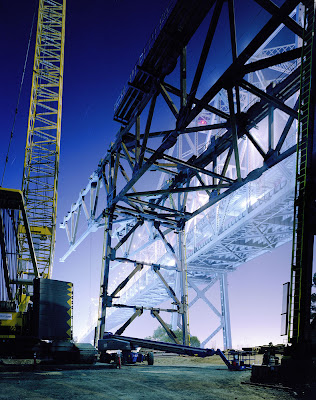 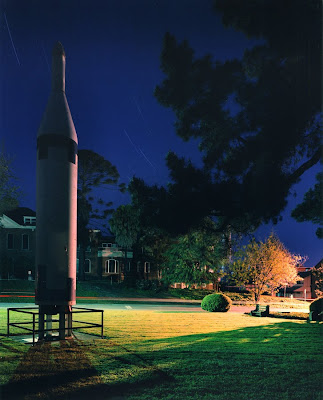 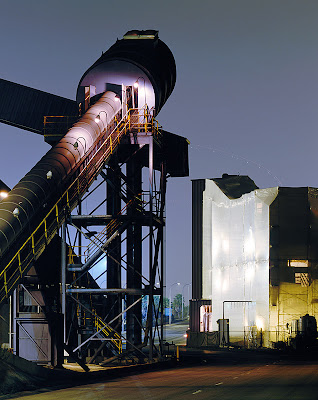 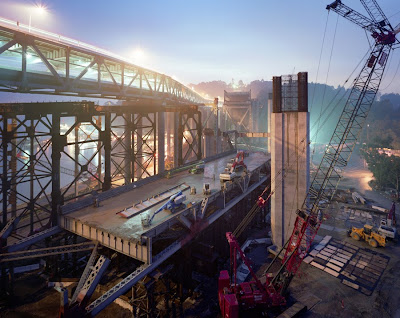 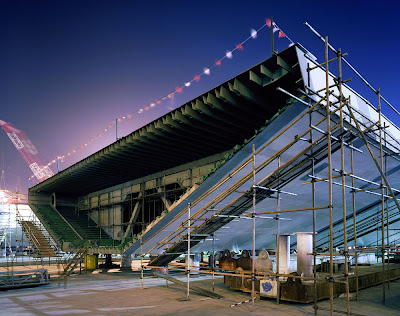 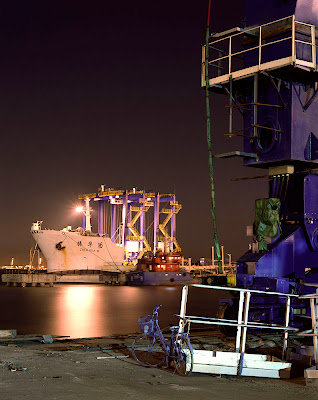 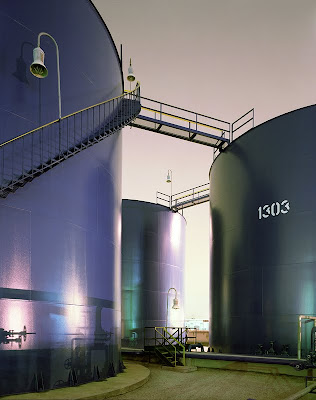