Tonight marks the opening my new exhibition in Barcelona at Galeria Tagomago. I feel very priviledged to have my work hanging along side the stunning images of New York photographer, Greg Miller. The exhibition is titled, East Coast-West Coast: fotografia americana. I am the West coast contributor and needless to say, very excited to be so. This summer, gallery owners Valerie and Vicinc Boned, flew from Barcelona to the U.S. to meet Greg and I and develop a more meaningful relationship. Unfortunately I am not attending, but Greg is representing! I would like to share Greg’s amazing work below.

Greg Miller lives in Brooklyn, but much of his work is quite simply, American. After starting a commercial photography business in 1988, two years later, he received a BFA from the School of Visual Arts, and has been teaching photography at the International Center of Photography in New York City since 2001 and a recipient of the Guggenheim Fellowship in 2008. His work would make Edward Hopper proud. Captured with an 8×10 view camera, his images illuminate the common man, often celebrated at those magical hours on the edge of day and night when pastels and inky tones collide. The result is poignant, painterly, and timeless.

Photographing people or places has to be for more than the sake of simple description, a story has to be told within the frame. I make photographs to describe an underlying world that exists in the absence of connection. This is manifested in the complicated relationships individuals occupy in the same space as well as with themselves. As a child, I was very aware of how adults around me were relating (or not relating) to each other. I have retained that awareness and it has become the basis for my photography.

All images were made with an 8×10 view camera. From 1995-1999, I used an 100 year old Kodak 2D. From 1999 to present, I use a wooden K.B. Canham 8×10 Camera. Besides the obvious technical benefits, such as sharpness, I use the large camera for two reasons: it forces me to interact with my subject and it disarms the dynamic of going up to strangers. It does the latter by being obvious. It is the opposite of hiding from people. They often see me before I see them which accelerates their trusting me. 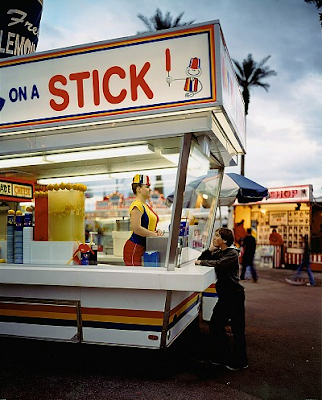 Greg Miller began the series County Fair in 2005, after happening upon the National Date Festival in Indio, California. The common photographic themes prevalent at fairs like the kitsch, the animals and the carnival workers were not interesting to Miller. Instead, it was the fair’s piazza-like orientation that recalled for Miller the experience of photographing in Italy, which he had been doing on and off for five years prior. That first day in Indio he was struck by the ephemeral relationships forming among the people walking around the enclosed space of the fairgrounds. Miller began photographing these peculiar relationships, allowing the fair to be only a backdrop, and fell in love. 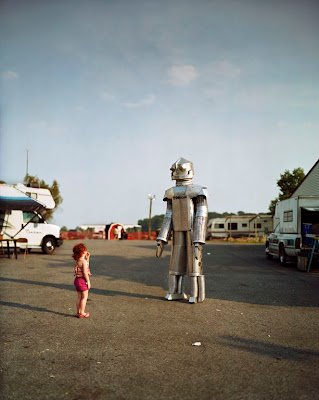 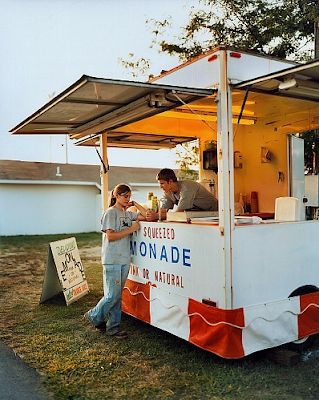 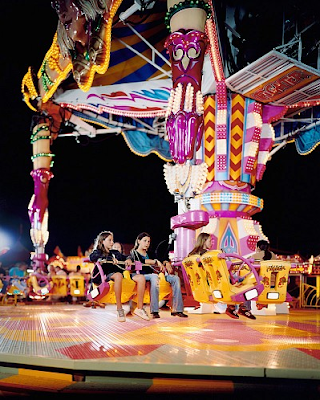 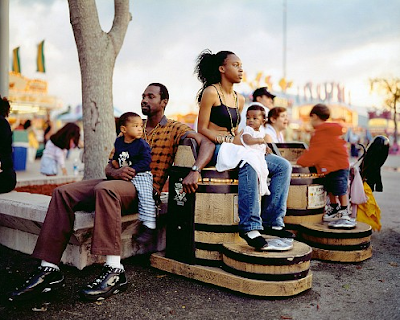 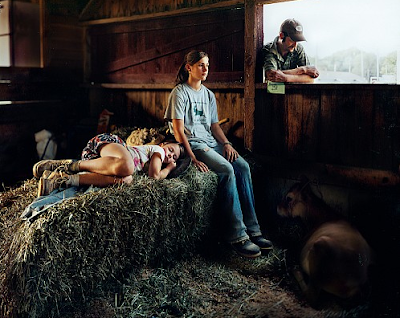 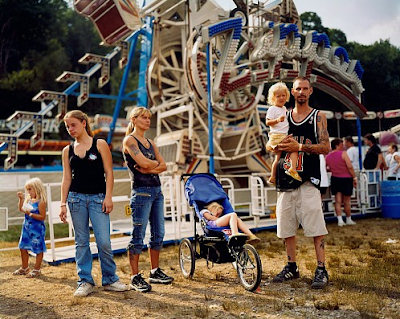 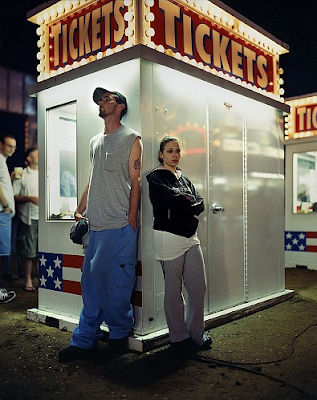 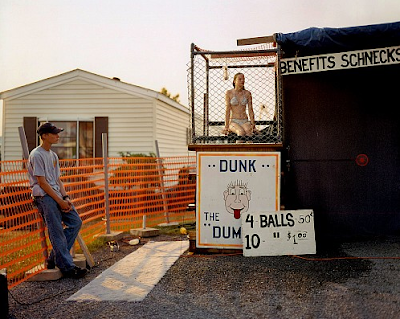 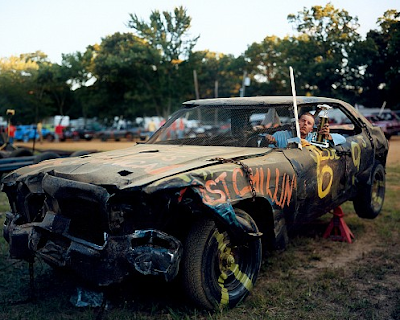 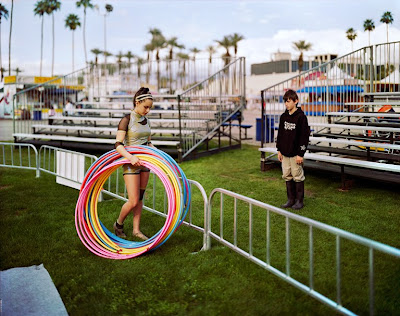 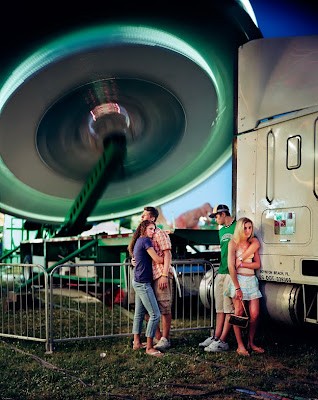 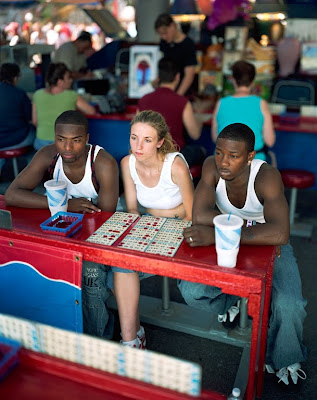