I recently stopped by Hous Projects in Los Angeles, to see the terrific exhibition by William Wylie, Carrara. The work gave me a greater appreciation for my kitchen counter and also for the people that mine and shape stone. The exhibition runs until November 11th.

Wylie began his photographic exploration of Carrara in 2000. Over the next six years he returned annually aided by support from a Guggenheim Fellowship (2005) and two Visiting Artist Residences at The American Academy in Rome. The project enabled him to combine his interest in the natural world and industry with his poetic sense of light and shadow. The pigment prints of Carrara’s marble blocks capture gorgeous spectrums of black, white, and grey. Wylie’s tone and structure work in perfect equilibrium.

His color portraits of Carrara’s stonecutters (known as cavatori) elucidate telling compositional elements through hue. Mountain light illuminates the fine marble dust covering the quarry workers; their clothes, hair, fingernails, and equipment all radiate a soft glow that physically ties them to the mine. Wylie’s awareness of structure informs his portraits but does not detract from the natural grace of his subjects. In these images, he uses all his skills to create a unified continuum of person and place. 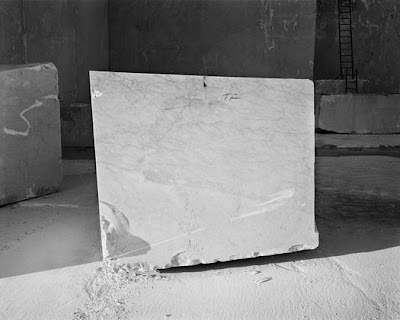 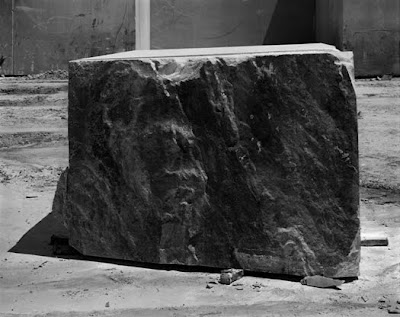 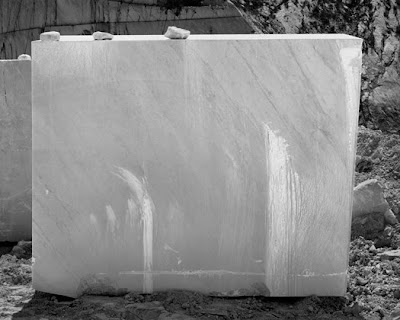 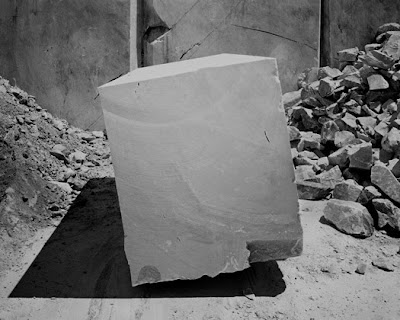 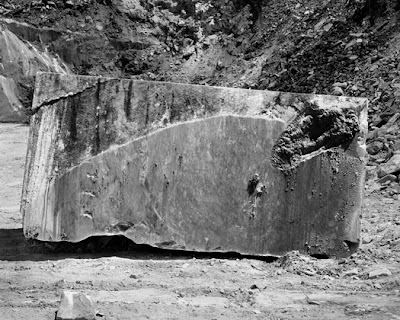 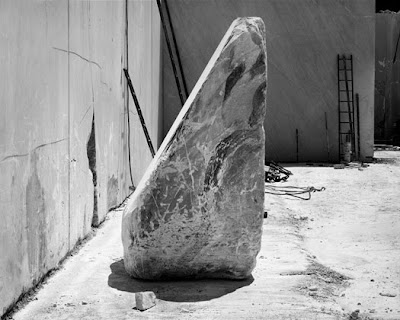 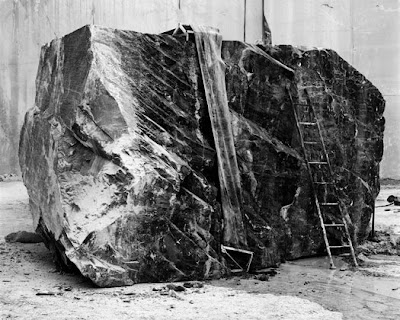 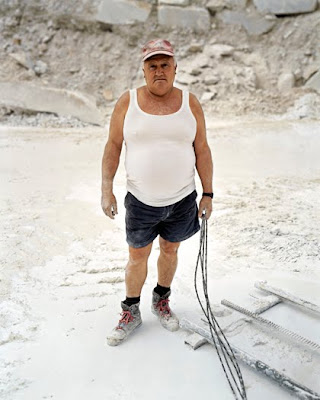 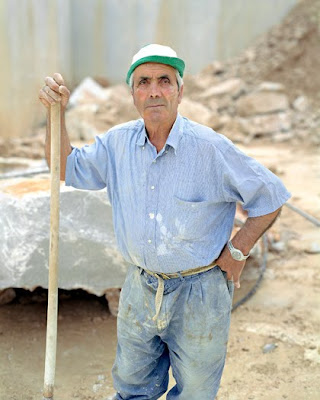 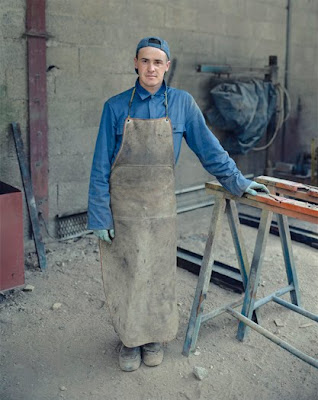 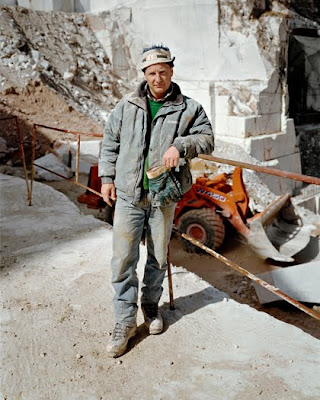 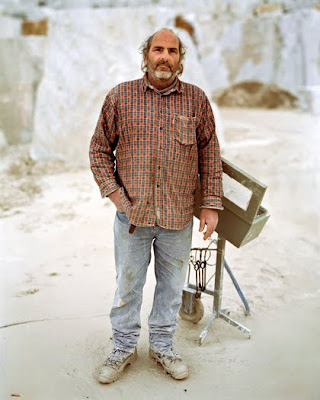