Peter Tonningsen and Lisa Levine have been collaborating on a new photographic project. Peter and Lisa are friends, colleagues, and fellow teachers and they are developing a dialog about the tenuous nature of boundaries and how they can be defined, constructed, and commingled. I featured a couple of Peter’s terrific projects on Lenscratch two years ago and they are worth revisiting to see the visual progression into this new work.

Peter Tonningsen, from Floatsam and Jetsam 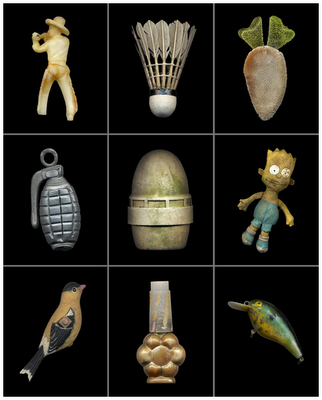 Both photographers have worked in multiples, Lisa’s website reflects a broad range of images combined or in sequence, as seen below. 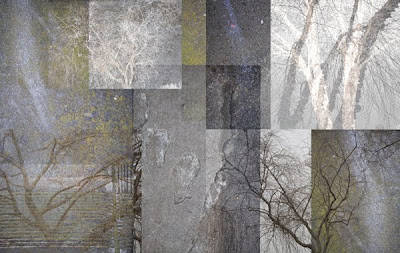 Their new project, Blurring Boundaries, is a wonderful combination of their sensibilities and points of view. 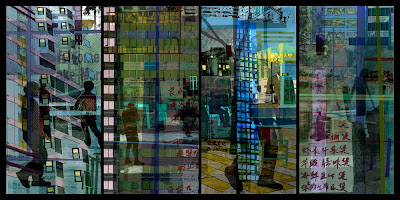 Blurring Boundaries uniquely defines community and the character of specific places while exploring the spirit of shared territories. This project begins with the idea of pushing the boundary of individual authorship. Peter and Lisa are interested in exploring how two photographers can work collaboratively to blur the lines of distinction between individual sensibilities and in so doing they have effectively created a new visual response to describing place and community that has moved beyond what either can do individually. They are engaged in pushing the boundaries between film and digital technologies as their working methodology relies equally on the distinctive characteristics and possibilities of each, yet it marries them together in a distinctly imaginative and innovative form. 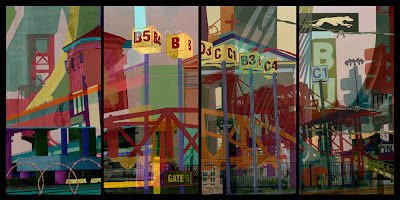 Beginning with a single roll of film, one artist photographs various scenes along a shared boundary of two converging neighborhoods. The film is then rewound, exchanged with the other artist to duplicate this process, with this exchange repeated multiple times, eventually creating a surprising and complexly layered document of the shared territories. The multiple exposed films are scanned in sections of consecutive frames, the artists digitally extract discrete scenes from these sections, and then those scenes are reworked to accentuate selected formal and contextual components. 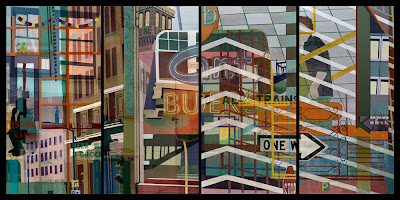 The resulting photographs are visually rich and highly complex compositions that describe community through multidimensional fragments of information, time, and space rather than through the singularity and clarity of conventional direct photographic representation. Such abstracted and interpretive photographs are no longer picture perfect portals into reality, but now depict an expanded perspective that stretches our notions of the photographic instant and reorders the appearance of photographic space. 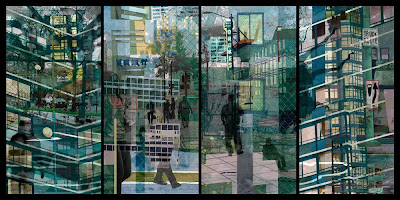 This approach allows the artists to refer to a blending of all types of boundaries where specific editorial narrative is replaced by the vitality and nonlinear expression inherent in photographic abstraction. A collaboration of this nature establishes a provocative dialog about the tenuous nature of boundaries and how they can be defined, constructed, and commingled, while simultaneously embracing the serendipitous wonder of a unique creative interchange between two photographers. 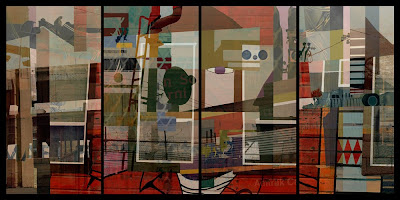 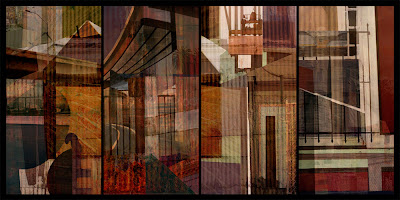 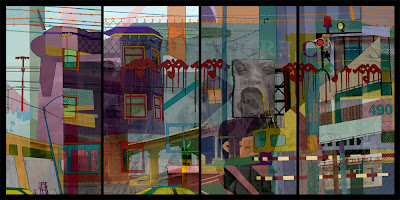 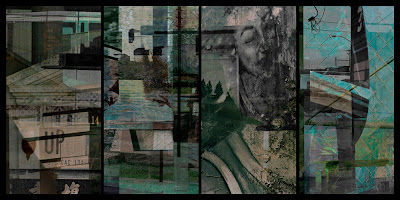 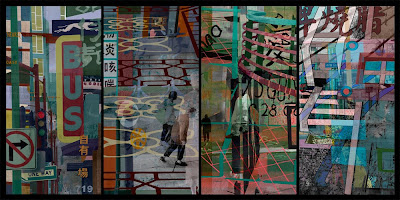 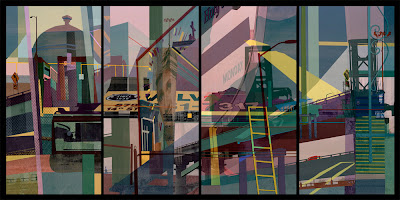 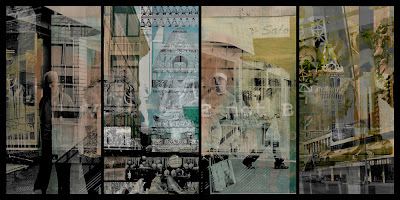