Growing up in the big sky country of New Mexico, photographer Leigh Merrill probably didn’t give the urban environment much thought. After receiving a BFA from the University of New Mexico, she moved to the Bay Area to attend Mills College in Oakland, CA. It was from this experience of living without visual expanse, that she became interested in the way people live in cities. Now living in Texas, Leigh continues to exhibit across the US and most recently had a solo exhibition, Into the Sunset, at the Lawndale Art Center in Houston, TX. Two of her series, Into the Sunset and Street take similar approaches; I am featuring Street below.

Statement for Street: I am driven to photograph the places where I live, fueled by a curiosity about the architecture we surround ourselves with, and how it reflects larger cultural ideas. The images depict places that waver between fantasy and reality, calling into question ideas of beauty, class and cultural romanticism in our urban and rural landscapes. 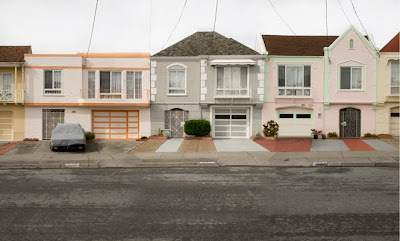 Upon moving to the San Francisco Bay Area in 2007 I began looking at the complexity of its urban environment. The Bay Area presents a unique blend of residential living that sits between urban and suburban in a way that never quite reconciles one with the other. In investigating this landscape I photographed thousands of homes throughout the area and then digitally assembled these images together to create new and illogical structures and streets. At first these images look plausible, however, closer inspection reveals their fabrication. 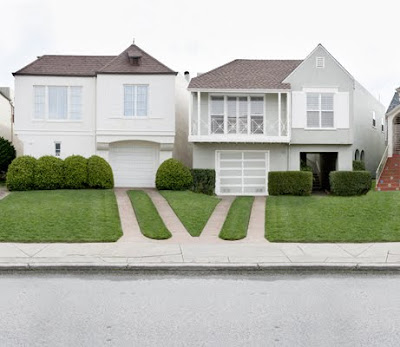 The reconstructed homes and neighborhoods appear skewed, revealing their underlying and sometimes unconscious intentions. These constructs highlight the ways in which our built environments pull from a variety of different architectural and landscape styles and reflect cultural ideas of beauty and perfection. In working with the Bay Area as a site for investigation, I explore what our built environments tell us about our own individual desires as well as our collective culture and ideals. 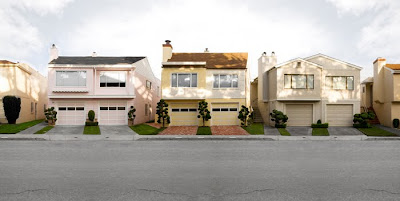 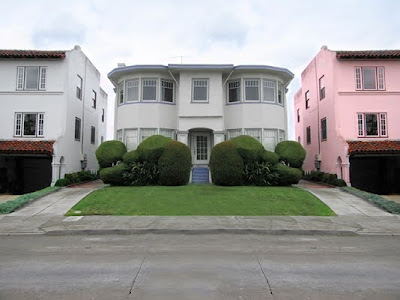 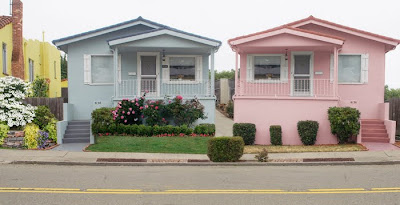 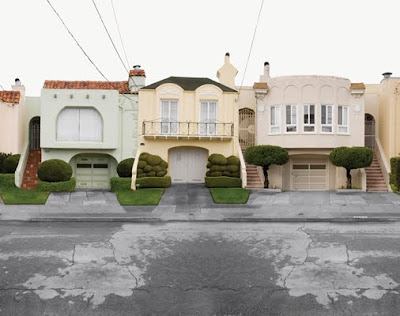 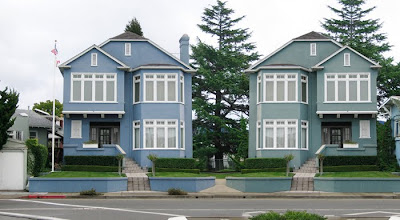 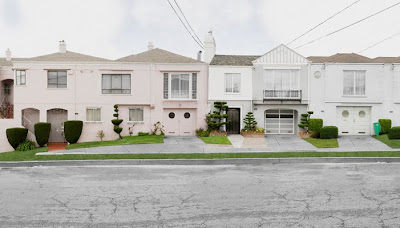