Jan Møller Hansen: Neither Man nor Woman – Transgenders in Bangladesh by Aline SmithsonMay 26, 2012

Sexuality in cultures around the world can be complex.  Several years ago, I featured the work of Ann Summa and the cultural phenomenon of Muxes in Oaxaca, Mexico.  Danish PhotographerJan Møller Hansen has been documenting the transgender culture of Hijras in Bangladesh and other parts of South Asia.  He has captured numerous other projects in Bangladesh including Acid Survivors, Sex Workers, and portraits of children and women.
Jan  is a diplomat and development practitioner working with the Ministry of Foreign Affairs of Denmark. From 2007 to 2012, he served as the Deputy Head of Mission at the Embassy of Denmark in Dhaka, Bangladesh. He is also a passionate photographer with a focus on social photography

Neither Man nor Woman – Transgenders in Bangladesh:In the West, they are known as hermaphrodites or eunuchs. The hijras have been part of the South Asian landscape for thousands of years – they are born male but grow up feeling like and dressing as women. Marked out because of their sexual difference, they are a despised and oppressed minority. 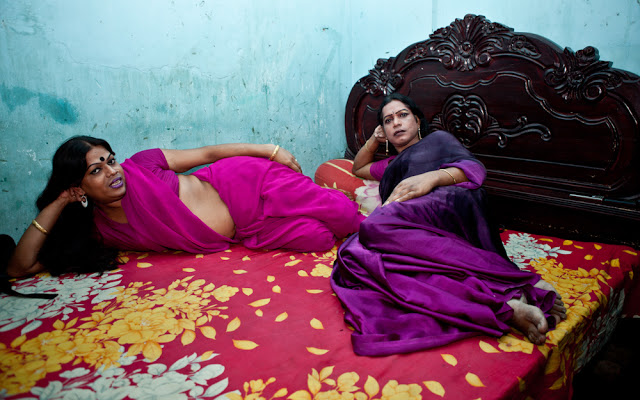 It is not that easy to define a hijra. There are differences between the cultural definition and the variety of individual lives and experiences. Hijras are culturally defined in terms of their traditional occupation as performers on auspicious occasions, but not all hijras perform. Some hijras see them themselves as neither man nor woman, but there are also many who very feel and behave like women. There is also the definition that relates to physical sexuality. Many think that most hijras are hermaphrodites, but that is not true. Most hijras are probably “made” rather than “born that way”. Becoming a real hijra often means going through the emasculation ritual by removal of the penis and testicles. Ideally, the emasculation operation is performed by a hijra called a dai ma (midwife), a clear and strong symbolic statement of the emasculation as rebirth. The emasculation ritual transforms an impotent man into a potentially powerful person, The emasculation operation is done together with various rituals and blessings, which is not described here in detail. 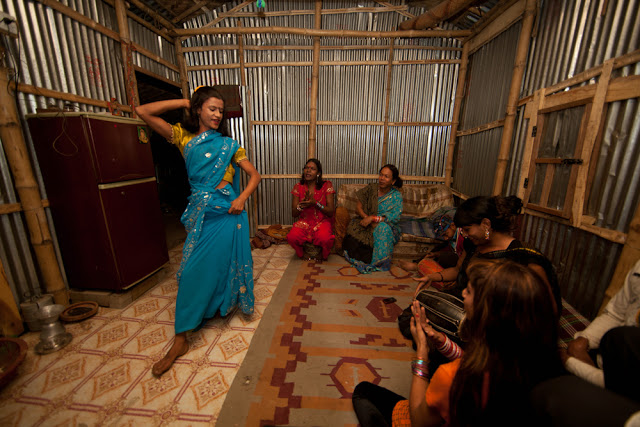 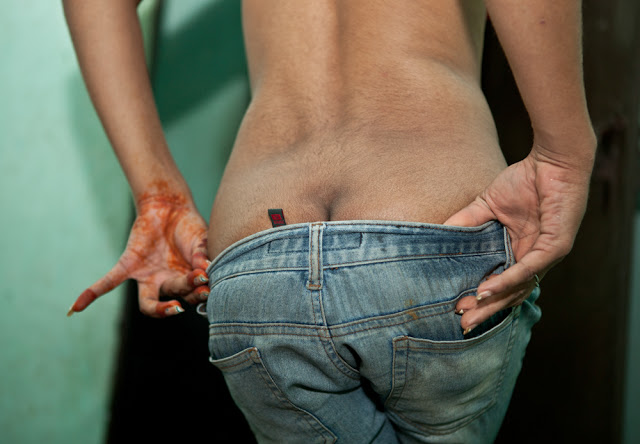 The hijras are fighting for their rights, and they want to be treated equally among other people. They want others to know that they are also normal human beings. They want to be allowed to lead a normal life like others. The hijras claim that others do not understand their life, gender and sexuality. They want the society and the government to recognise them with equally rights as other human beings. No public institutions, private companies or individuals want to employ hijras, and they do not get admitted to schools or colleges. They have limited access to legal and health services. It is nearly impossible for hijras to vote or to get a passport. 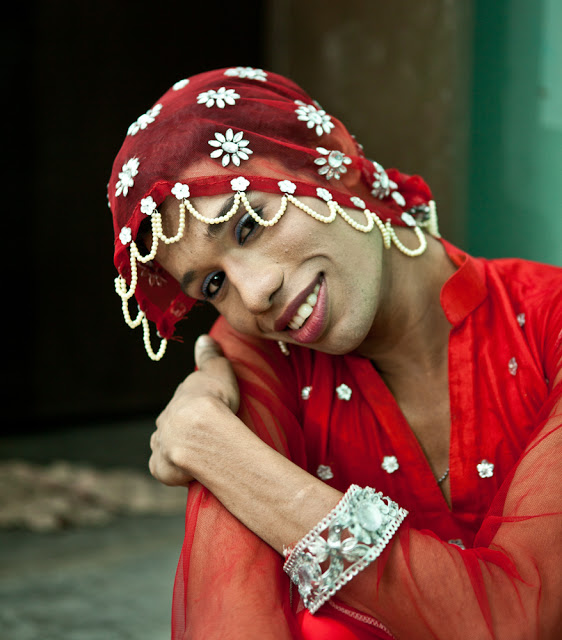 Although the hijras often provoke horror or ridicule, they have traditionally had a role to play on the margins of society as entertainers and as bestowers of curses and blessings. They are often surrounded by fear and superstition, and sometimes they are hired to remove bad luck for new buildings under construction, to bring good luck for new-born babies or to entertain at weddings.

The hijras live in small closed groups led by a guru (teacher). Few are born hermaphrodites and some undergo ritual emasculation at puberty or as adult. The hijras have a very strong sense of identity and belonging to the group. The hijras are usually excluded and abandoned by their own families and relatives. Many people do not like transgenders – they feel uncomfortable in their company, and their traditional perceptions on traditional gender roles are often seriously questioned. 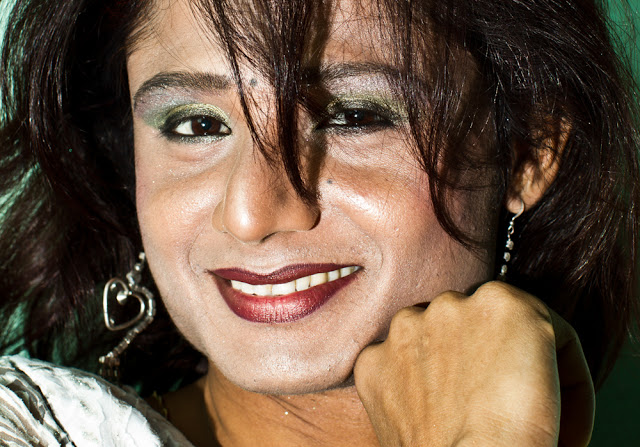 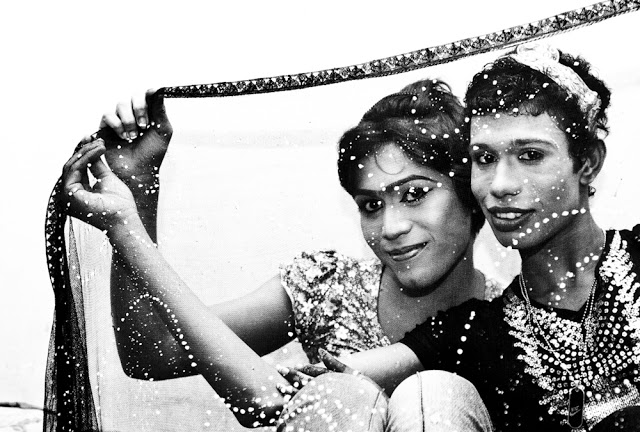 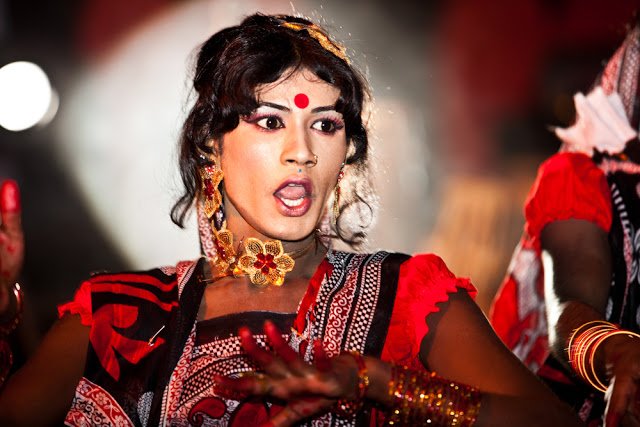 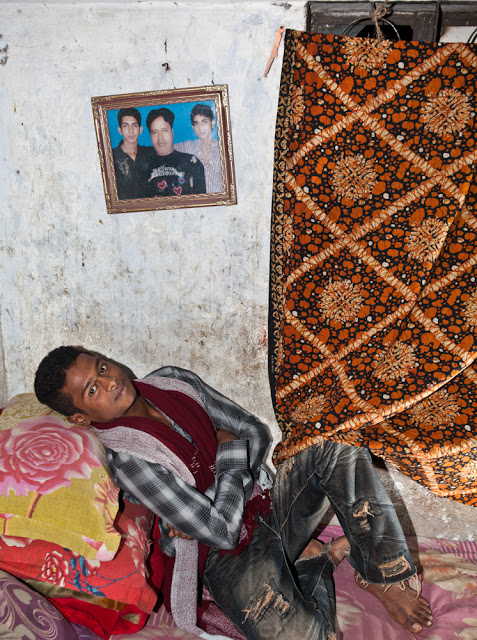 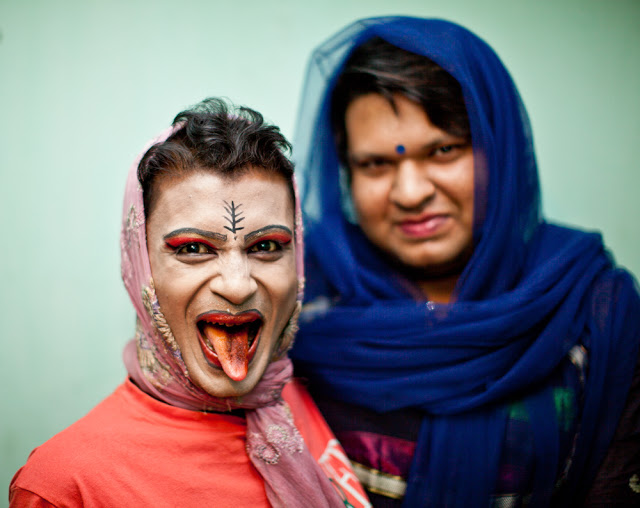 NEXT | Unbound at the Candela Gallery >
< Goseong Choi: Umma | PREV