Some say that you can’t go home again, but I think you can go home, but you don’t always find “home” when you get there.  When photographer Bruce Morton returned to his home town of Bowen, IL after three decades, he was struck by what was missing.  A landscape that was once filled with farms and agriculture and activity has returned to untended pastures, housing a few storage structures and not much else. His stark black and white images set the mood for loss and memory in his series, Lost Homes.
Image for Lost Homes 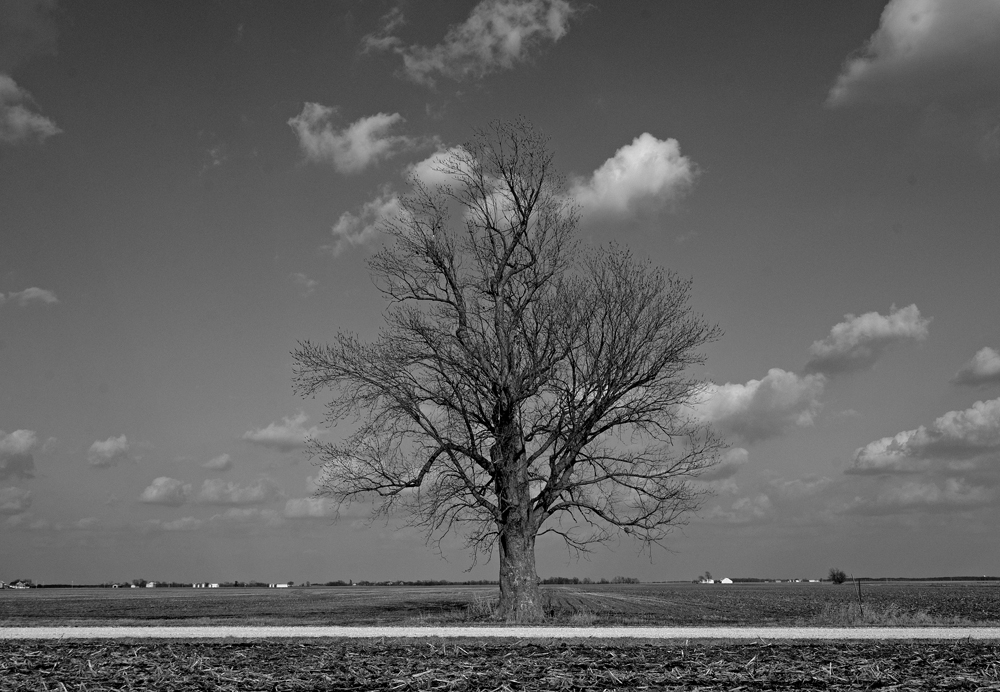 Bruce was born in west central Illinois and received his BS in Science from Southern Illinois University and an MFA in photography from Arizona State University.  Bruce lived in Arizona for most of his career, working as a desert landscape designer–a profession that connects him deeply with the land.  He is now working as a fine art photographer and living in Illinois.
Lost Homes: These photographs are from a series I call “Lost Homes”.  I was raised in the rural farm area of far west central Illinois where there were farm homes almost every half mile.  These homes raised families for decades.  I left my home town to go to college and did not return for over thirty years.  Upon my return I noticed how many of these farm home sites stood vacant but yet there still seemed to be an aura of refusal to give up. 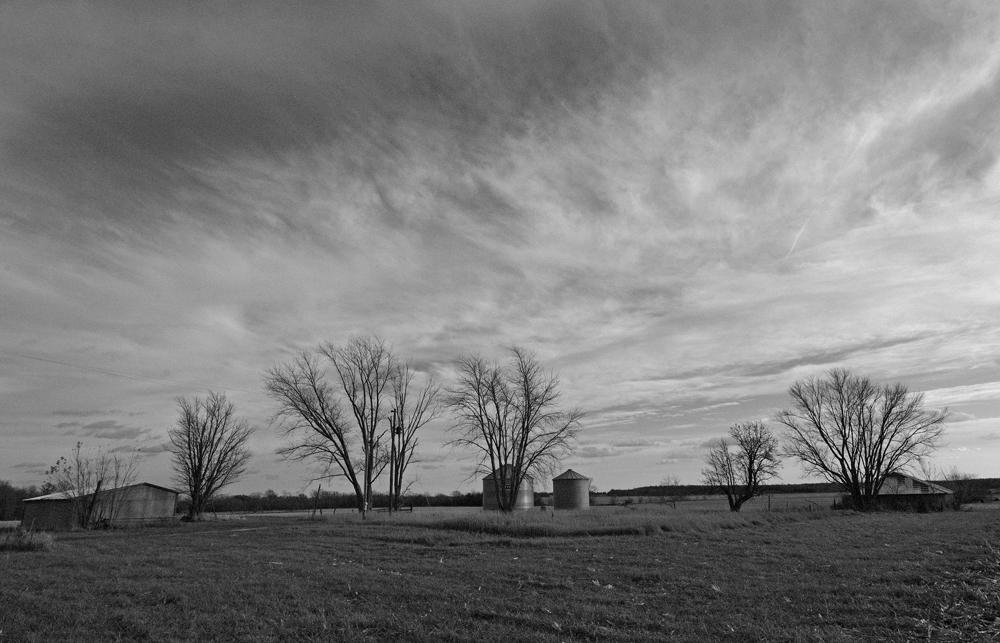 Many of the sites are still used for storage purposes but several are only represented by a single tree or lane.  Some still have foundations or basements left behind and the trees that surround them have a distinctive character as if they were monuments.  Maybe they are.  I have been photographing these sites for a few years under various weather conditions hoping to catch that spirit which still seems to exist. 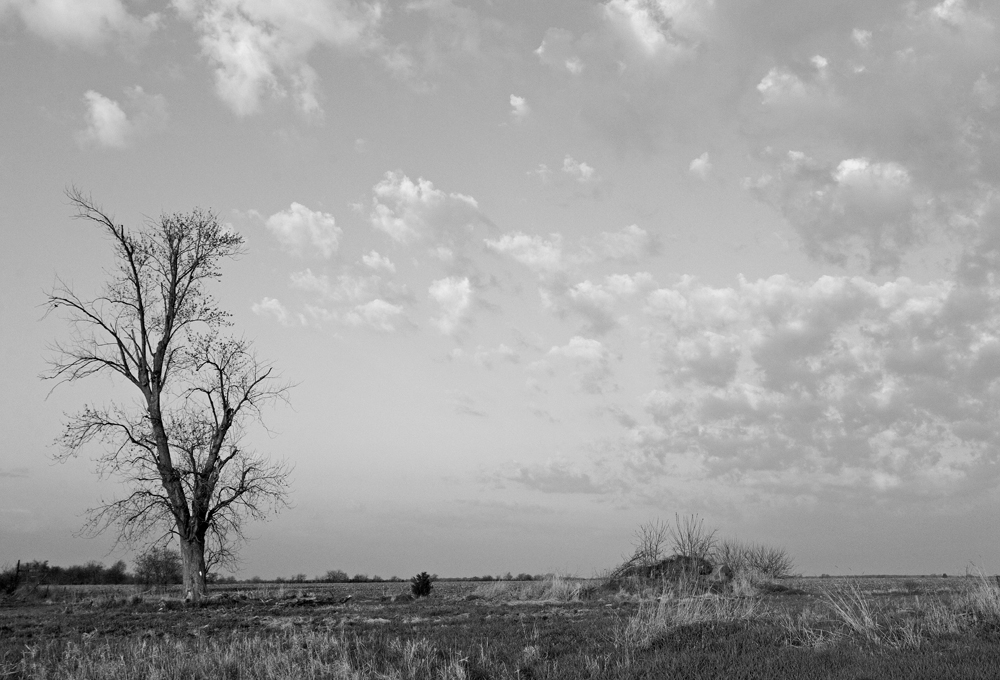 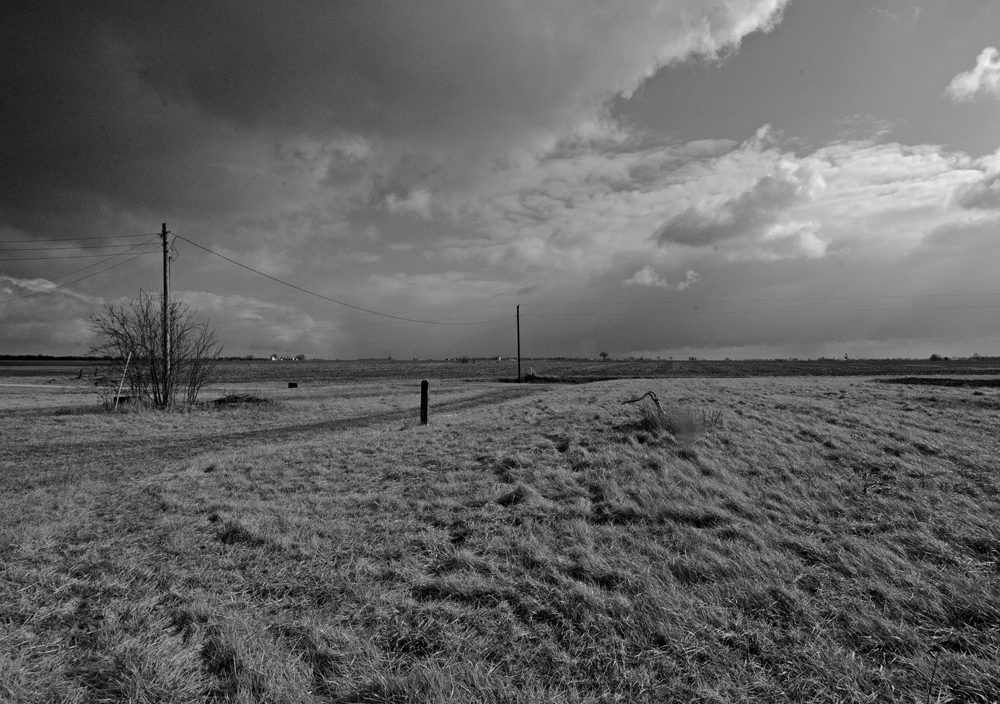 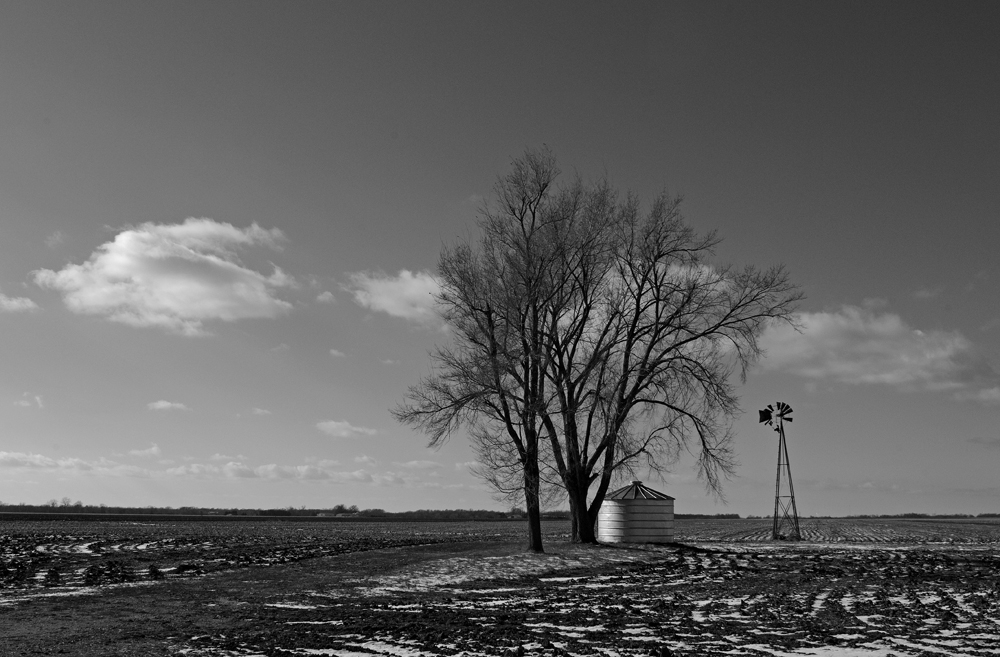 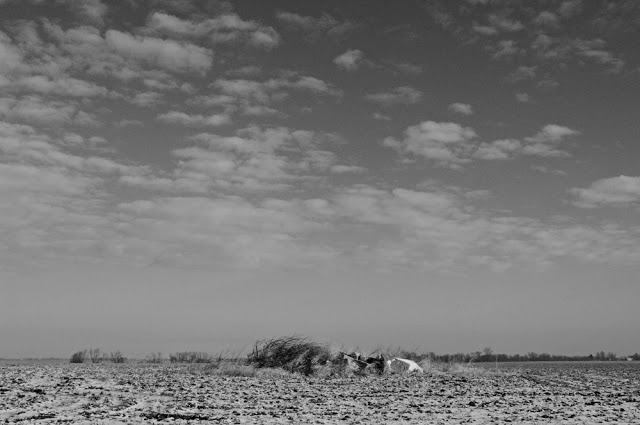 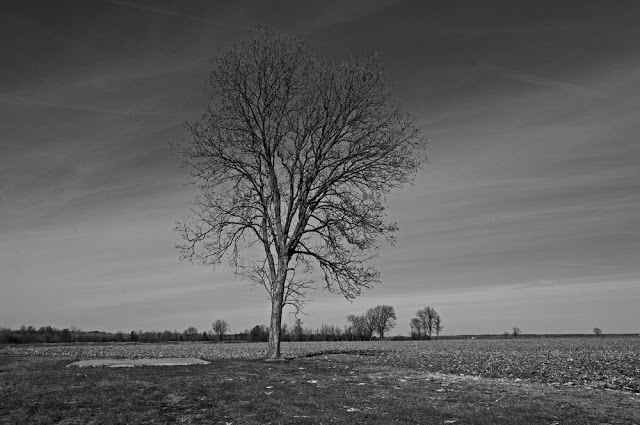 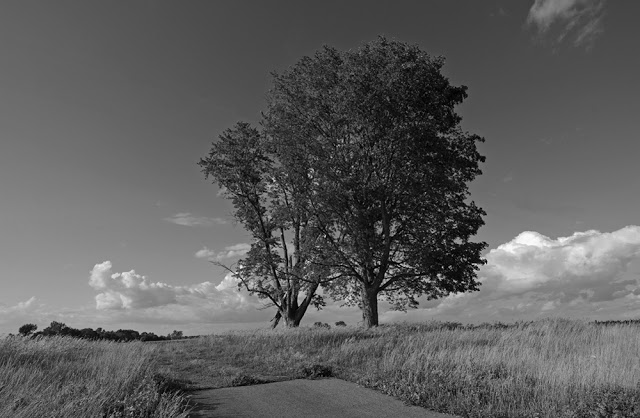 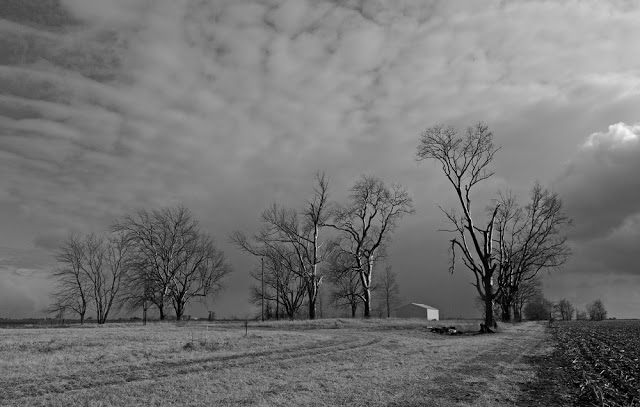 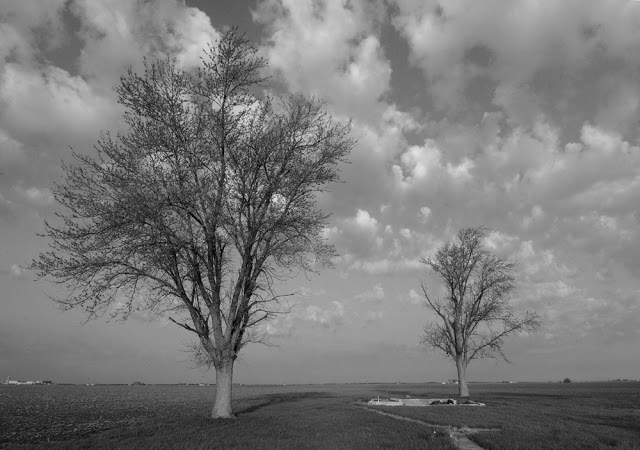 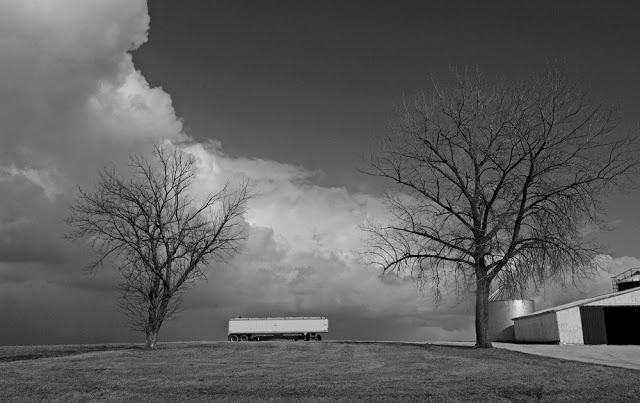 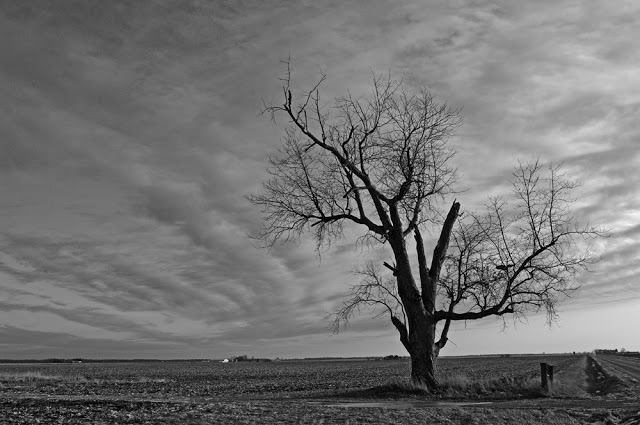 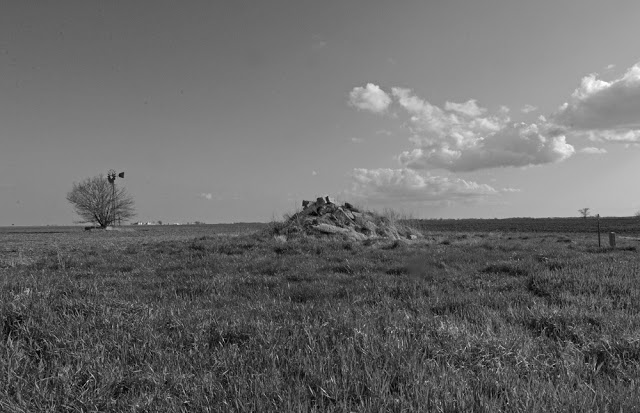 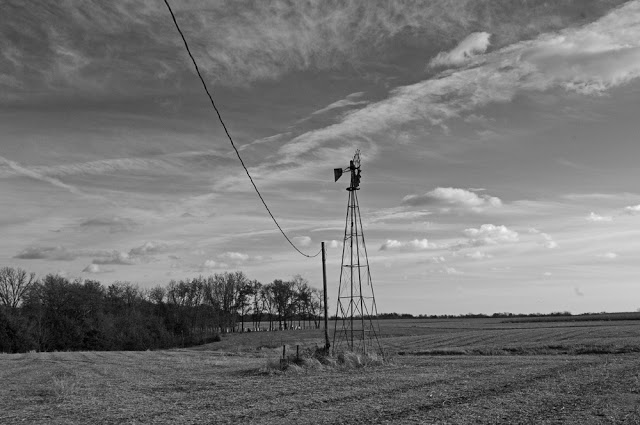