It is rare to gain access to a world behind bars, but photographer Kirk Crippens achieved that task in 2008, and since then, he has been granted one hour with the prisoners on an annual basis.  That access has resulted in the project, Hidden Population, a series of portraits on San Quentin inmates.
Kirk is one of the most prolific photographers making work today, and one of the most generous.  Much of his work explores The Great Recession, with projects that look at foreclosure, job loss, and the collapse of auto dealerships. Kirk had an early start with photography, inspired by his grandfather who kept a darkroom in his closet. In college, he ventured into photojournalism, interning at prestigious newspapers around the US. Based in San Francisco since 2000 he focused his efforts on personal projects. He has exhibited widely in solo and group shows,  he was  named Top 50 Photographer in Photolucida’s Critical Mass in 2010 and 2011, nominated for the 2011–2013 Eureka Fellowship Program, nominated for Photolucida’s book prize, and exhibited in the International Photography Festival in Lishui, China. He is currently the artist in residence at RayKo Photo Center in San Francisco and 2013 he will be the Artist in Residence at Newspace Center for Photography in Portland, Oregon.
Images from Hidden Population 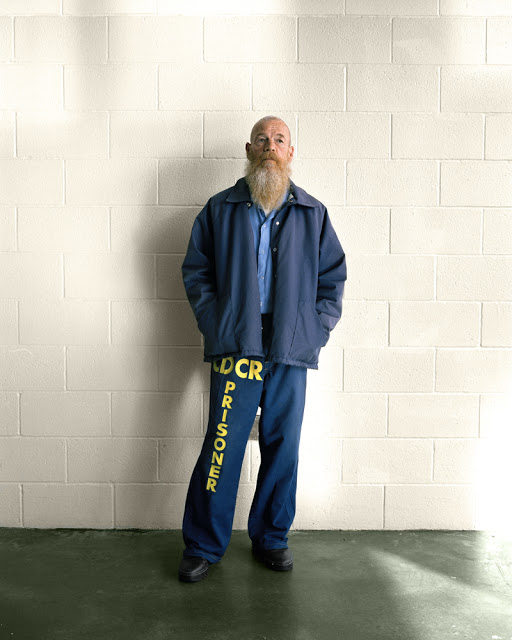 I was in the midst of a long process of photographing portraits inside San Quentin in May 2011 when the Supreme Court declared the overcrowding in California’s prison system unconstitutional and ordered the population lowered by 133,000 to achieve 137.5% capacity. My project began in 2008, when I petitioned the prison to allow me inside with my cameras. A year and a half later I was granted limited access and began a series of brief one-hour visits with the men. I was allowed inside once a year between 2009-12. 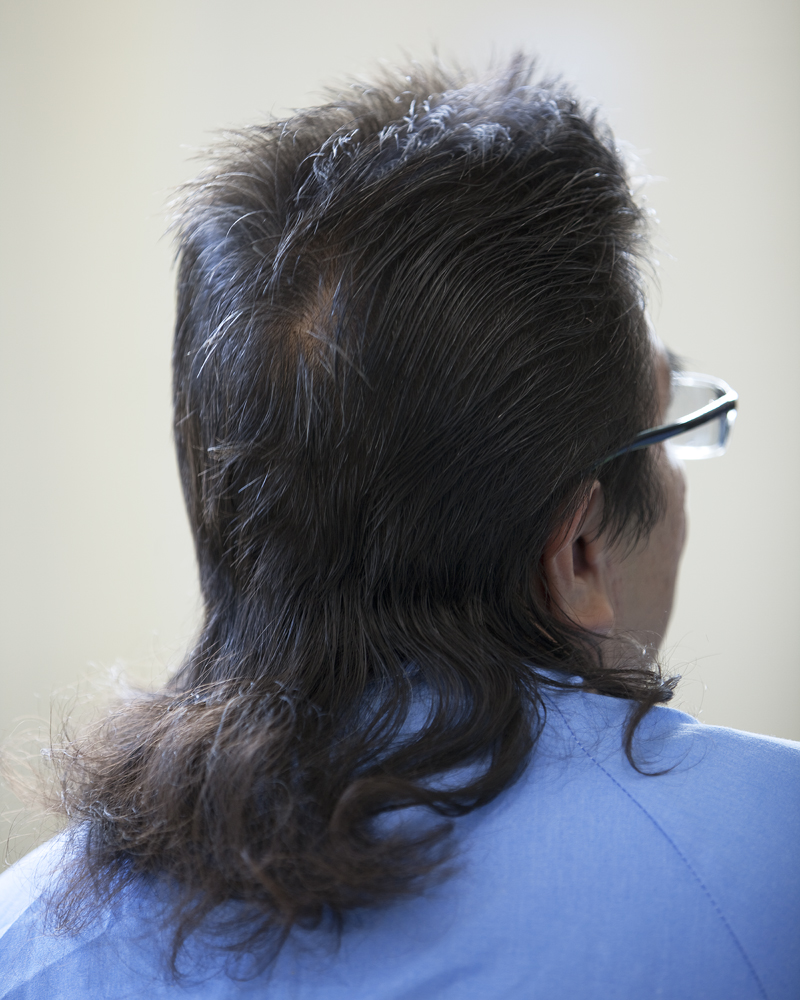 When I first arrived at San Quentin with my cameras, the prisoners were seated facing one another in a circle of metal chairs arranged for a gardening class. Fluorescent lights reflected off the tile floor onto their faces. The warden was present and guards were scattered throughout the room. I was given 45 minutes. Rushed and constricted, I struggled to find resonance. A man with a hand-sewn cap caught my attention, and I isolated him in my viewfinder. As I took in the scene, it occurred to me that I could capture individual qualities of the men from behind while they were participating in the class. By approaching it this way, I could also reference the hidden aspect of the lives they lead, locked up inside the prison. 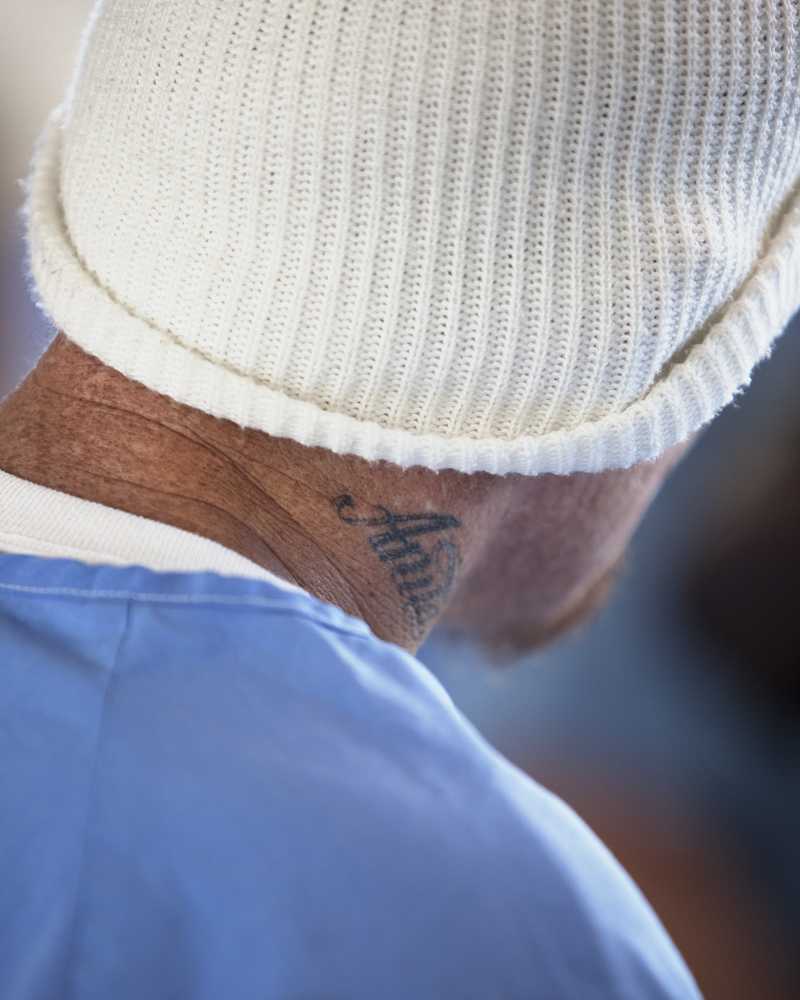 When invited back in January 2012, I decided to try a different approach that included bringing a tripod and directly asking the men to pose for me. I set up my tripod in front of a cinder block wall in the San Quentin cafeteria and began asking the men if I could take their portrait. Most seemed honored; a few declined. It wasn’t how the guards or warden expected me to work, and I could feel the tension. The guards whispered and huddled together in the corner. Less than an hour later they asked me to leave and ushered me out. Although the series I’m submitting feels complete, I continue to be interested in prison culture and the political issues affecting it. I hope to visit again. 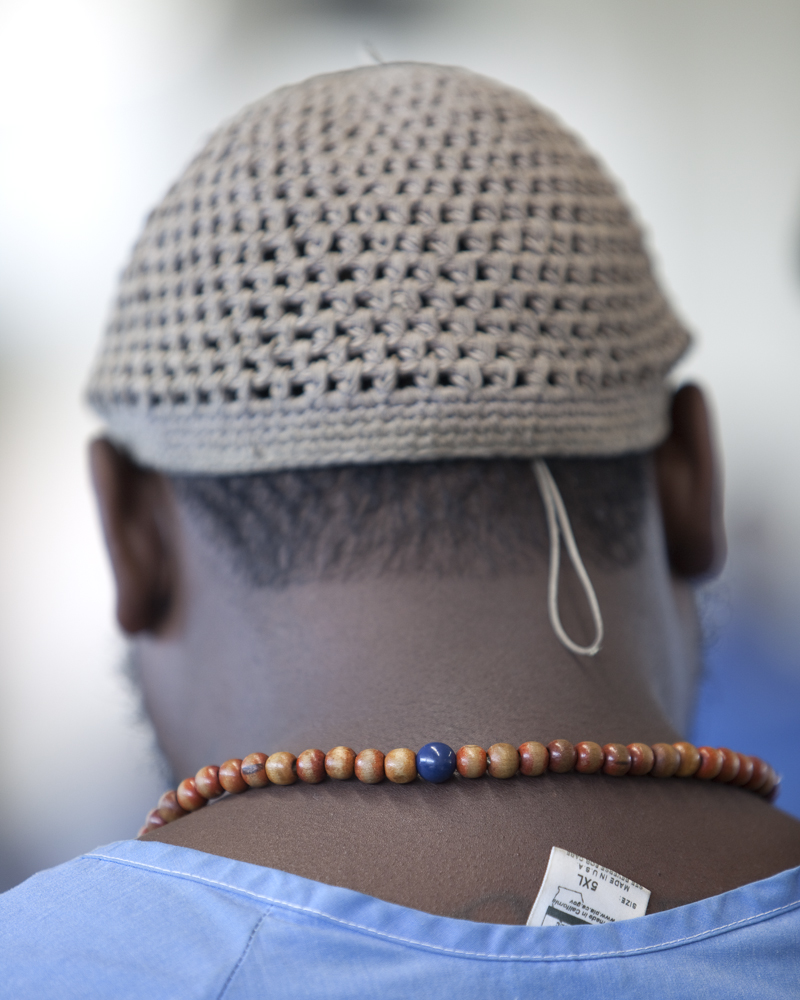 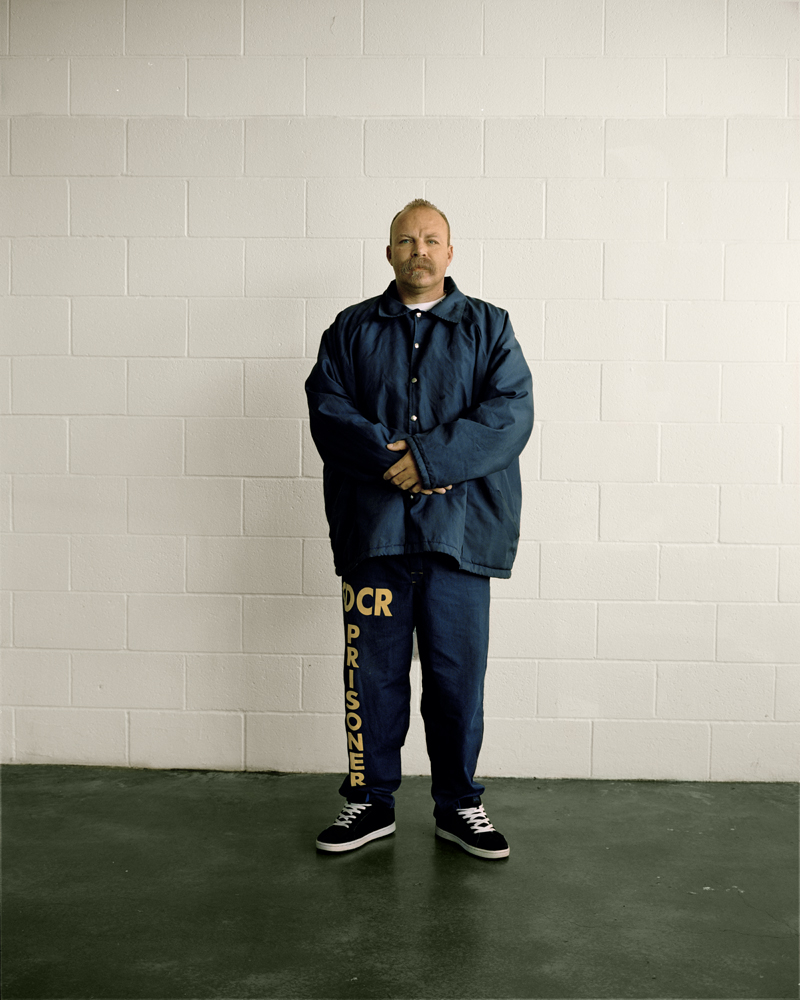 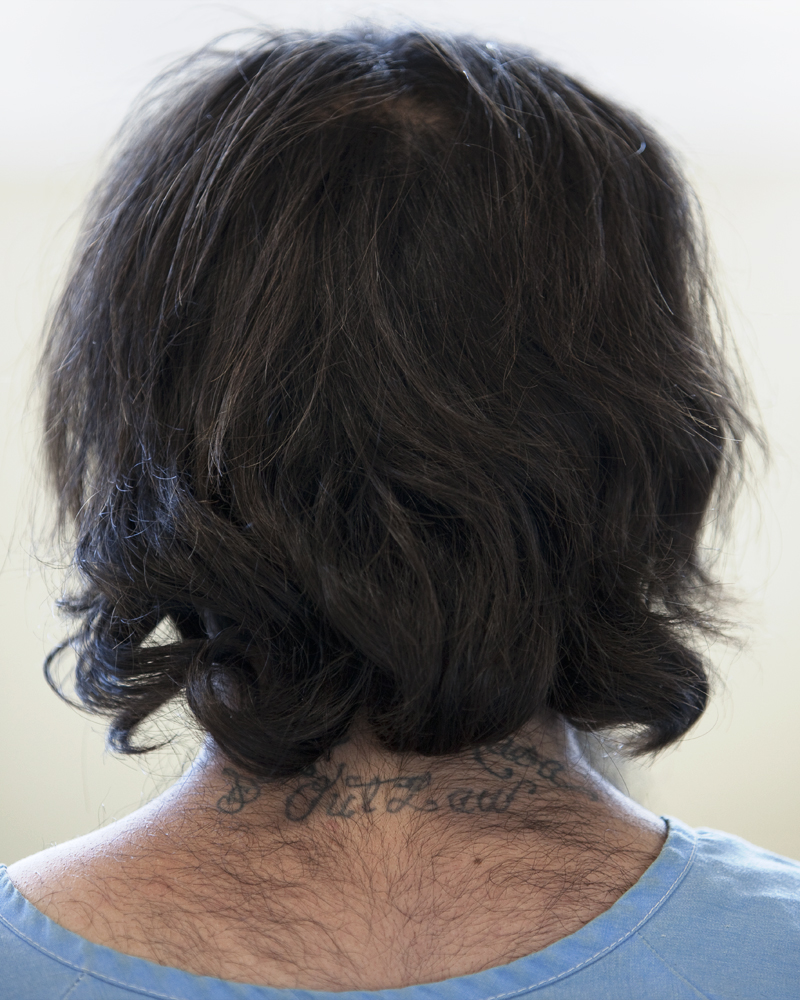 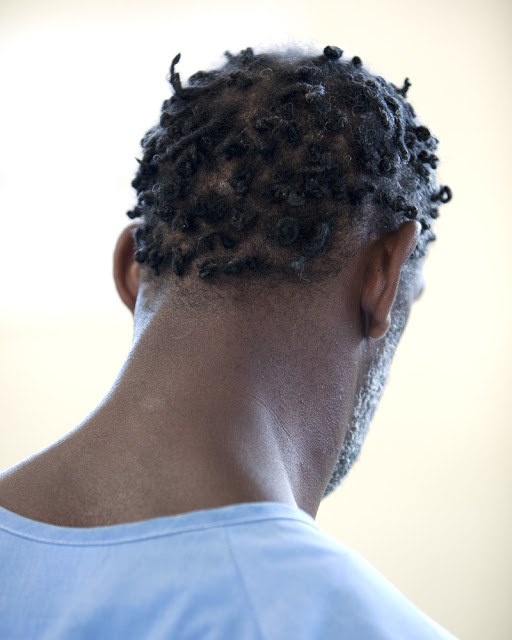 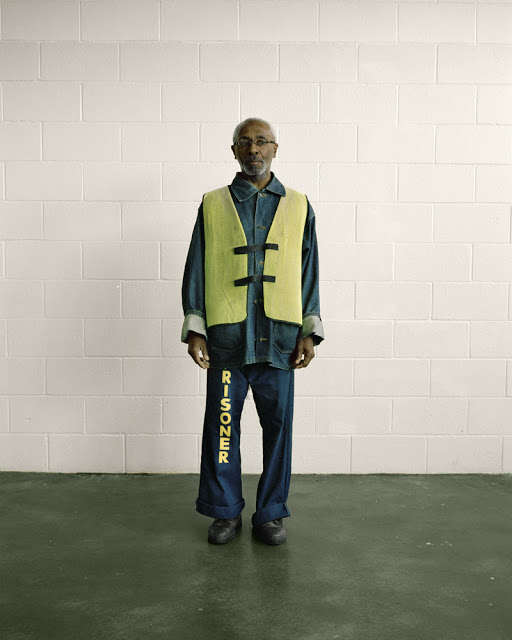 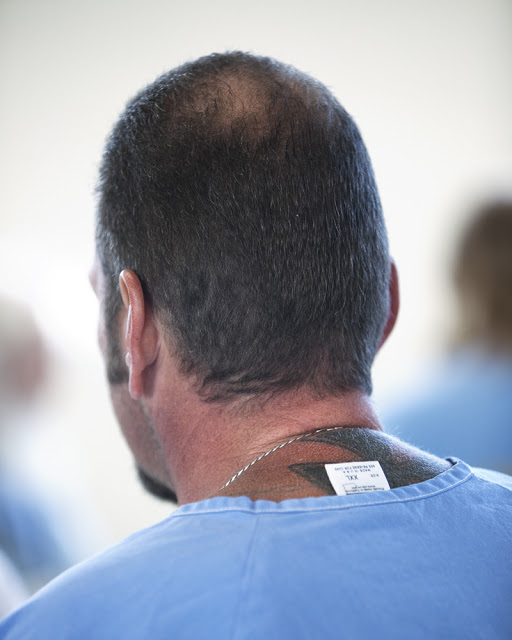 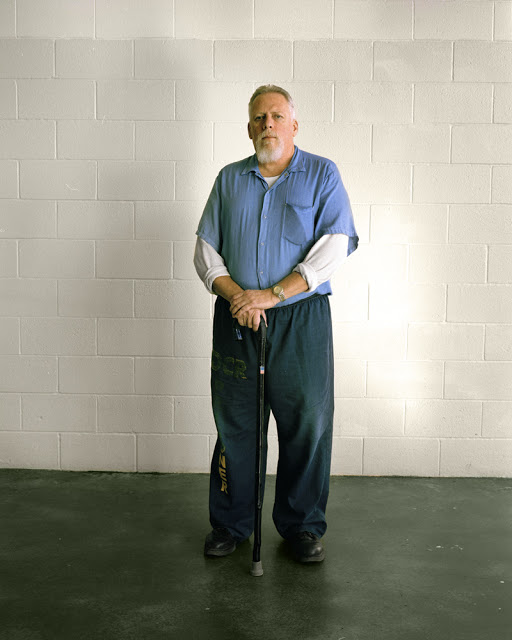 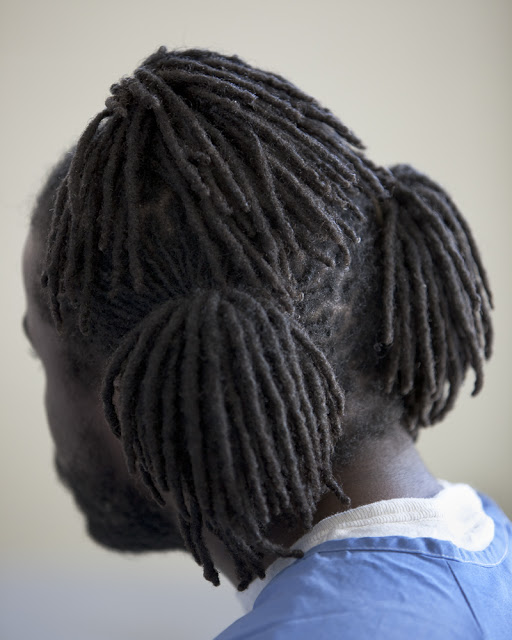 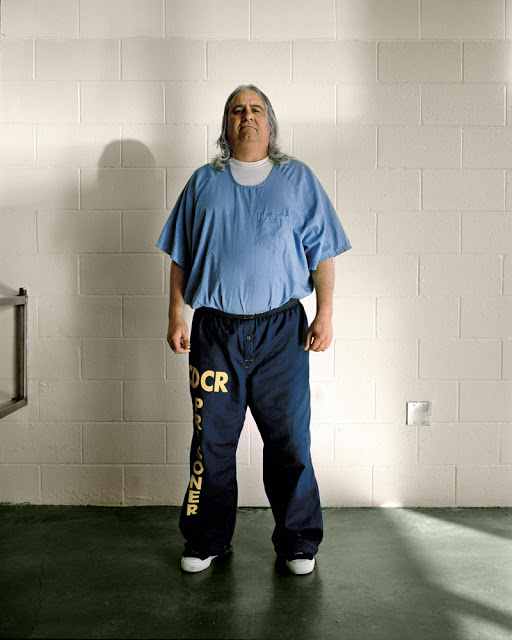 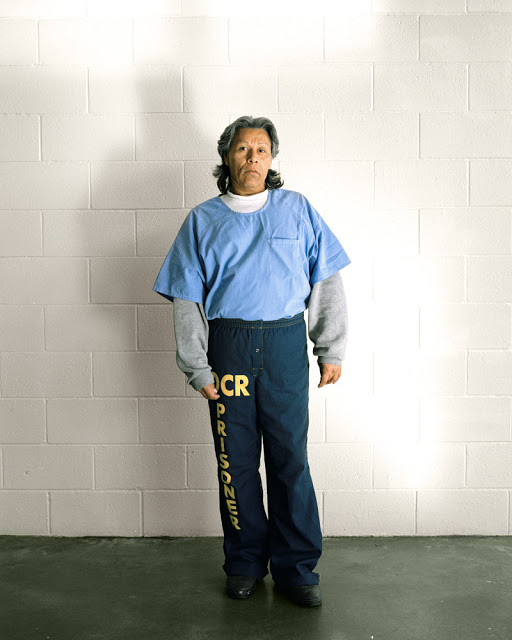 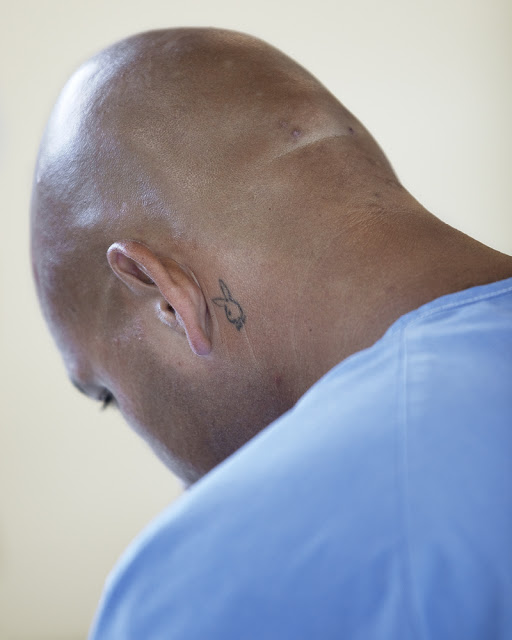 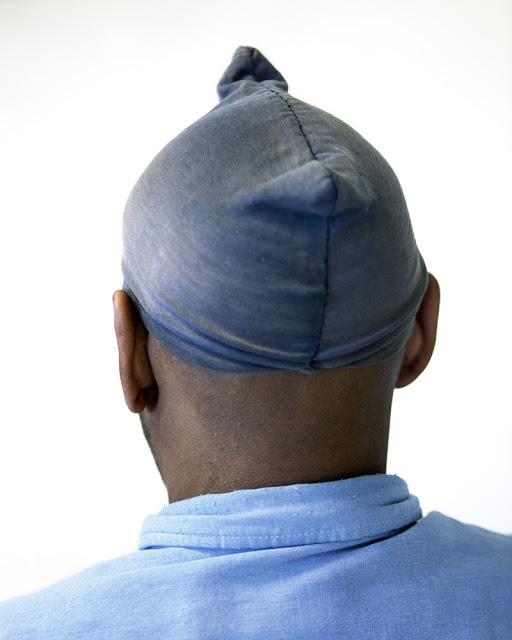 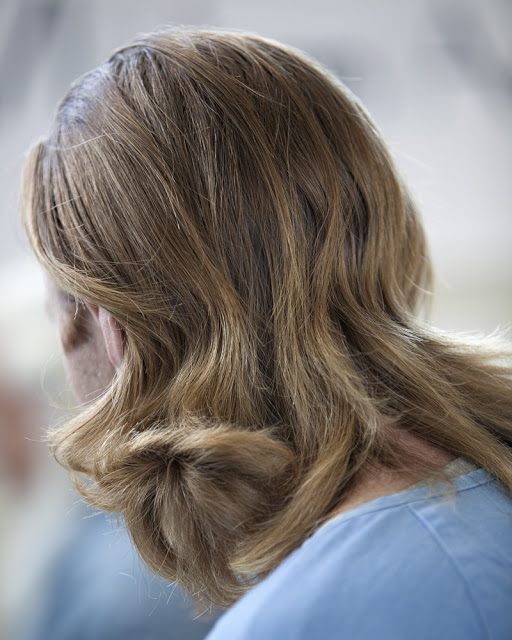 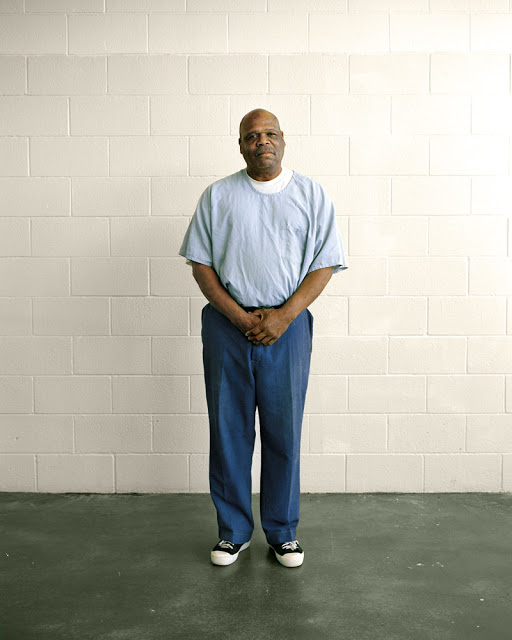 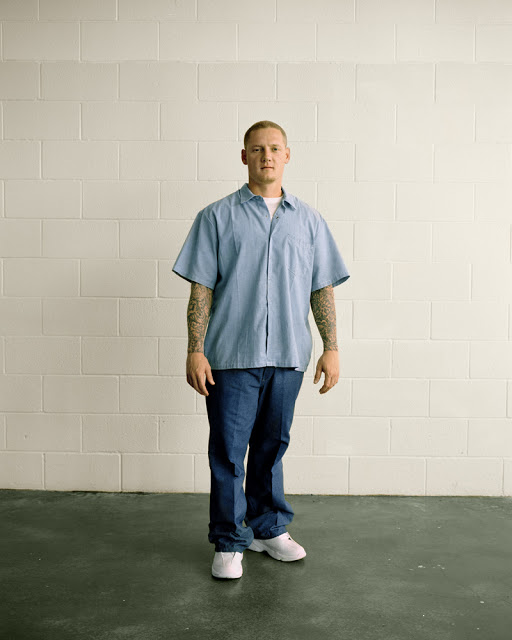